To the ears, the title of this necessary and refined book, Napoli Super Modern, sounds almost like an oxymoron, and yet it is no such thing. This becomes clear when, page after page, the eighteen works of architecture under examination, all constructed in Naples between 1930 and 1960, are revealed. The period chosen is an original one with respect to the classical canons of historiography, those of prewar and postwar, of fascism and republic. The year 1945 falls at the exact halfway point of the three decades in consideration, but this is not a book in which architecture is seen as an expression of different political regimes. Instead, Napoli Super Modern analyzes, describes and contextualizes the architecture within a geomorphology that, it goes without saying, is that of the city of Naples, looking not just at what is above ground, but going underneath it too, descending into the depths of the mass of tuff on which and in which the metropolis has been built—over the course of millennia—defying a natura matrigna as Leopardi called it, an “evil-stepmother nature” made up of earthquakes, volcanic exhalations and lava flows. 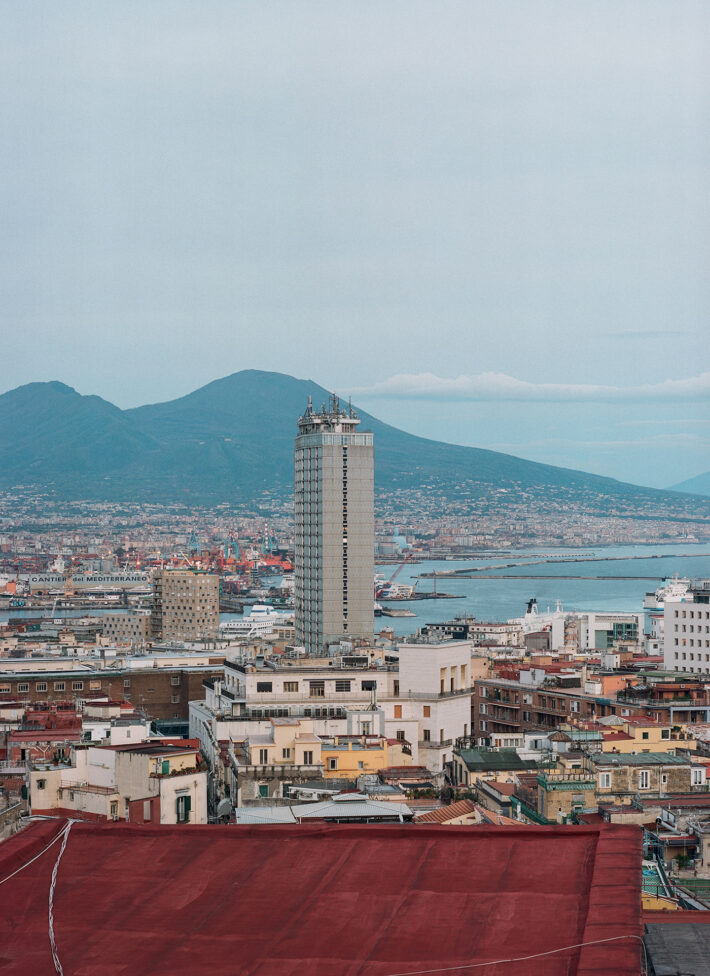 Napoli Super Modern is the fruit of the work of a small group of researchers led by Umberto Napolitano, founder and director along with Benoit Jallon of LAN, an architectural firm based in Paris, where both men studied architecture. For Napolitano, who did his first two years of university in Naples, this inquiry represents a sort of Heimkehr, a homecoming—as he himself explains in the introduction (“Genesis”). Others who have contributed to the research are Andrea Maglio, with an impeccable historical essay; Manuel Orazi, with a wide-ranging critical analysis and a brief afterword; Gianluigi Freda, with a concise and pregnant discussion of the relationship between Naples and modernity; and Cyrille Weiner, a photographer already involved in LAN’s previous book on a city, the Paris of Haussmann. And it is precisely the study of Haussmann’s Paris that has served as a methodological premise for the contents of Napoli Super Modern, which in turn lays claim to a full autonomy of analysis, and one that is more ample than might be supposed. The book is able, in fact, to draw on historical questions of poiesis and representation that are of broad and general interest, even though Naples remains the fixed point of every argument, the subject of an investigation focused on a relatively limited number of architects and case studies. The blue cover, with its beautiful golden lettering in a Hellenizing style that allude to the Greek origins of the urbanization of the Gulf, already conveys the depth of the perspective; just as the large format and material quality of the volume, published in Italian by Quodlibet in Macerata and in English by the Swiss Park Books, reveal the ambitious nature of the project.

The book is split into two parts: the first printed on white paper and reserved for the essays, and the second on gray paper and devoted to the entries on the eighteen buildings analyzed, whose stories are investigated and described by Andrea Maglio with philological precision, and represented visually by LAN with site plans, floor plans and elevations, given a slightly three-dimensional appearance by light shading. And in fact, they are not buildings with smooth façades: on the contrary, they are uneven, with projections and indentations on different scales, conceived precisely in order to play with the sunlight. And it is not Le Corbusier’s maxim of architecture as a skillful, precise, and magnificent balance of forms assembled in light that shapes the eighteen works of architecture presented, or only to a very small extent. As Napolitano points out in his essay on “city making,” the extraordinary coherence of the Neapolitan super modern has to be sought in buildings, including some large ones, that are able to wedge themselves into a geologically rugged and densely built-up urban terrain; a coherence capable of creating a continuum that appears to be the opposite of the perhaps by now overworked concept of the tabula rasa. 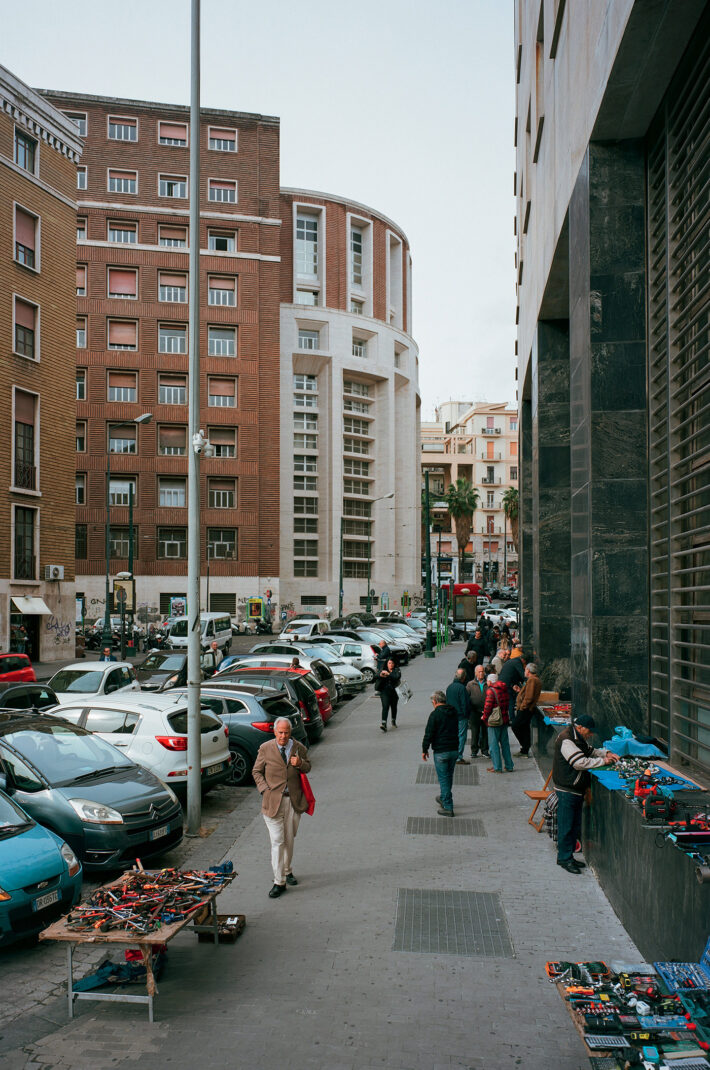 Along with the buildings, the book has the merit of highlighting some important but little studied figures in the panorama of Italian architecture, for better or worse. Among them, Marcello Canino, an academic and deus ex machina of the Neapolitan architectural scene, was the designer of the INA Building on Piazza Municipio, an authentic display of virtuosity in its mediation between the different scales of the surrounding volumes, as Napolitano points out. Other teachers at the University of Naples were Luigi Cosenza, designer prior to the war of the Fish Market, almost an atypical industrial building, and advocate after the war, through his courses, of a rationalistic transposition of types and elements of the Neapolitan tradition, as is evident from the entry on the housing project in the Rione Cesare Battisti; and Francesco della Sala, who assisted Cosenza in his work and returned to Italy in 1955 after taking a master’s degree at the University of Michigan, where he was given the post of associate professor—the first, probably, among all the Italian professors of architectural composition of that time. Carlo Cocchia also taught composition at Naples, although with an interlude at Milan Polytechnic in the sixties, and played an important part in the planning of the Mostra Triennale delle Terre italiane d’Oltremare or “Triennial Exhibition of the Italian Overseas Territories”; an event that turned out to be both tragicomic and tardy, opening as it did in 1940, but that also provided many opportunities for a generation of young architects, both locals and outsiders, to cut their teeth on the theme of the pavilion, like the one for Albania designed by Gherardo Bosio who in the same years—the last in a short life—was literally creating Tirana.

Among the more interesting of the figures rediscovered and reappraised by Napoli Super Modern is that of Stefania Filo Speziale, one of the first women to obtain a degree in architecture in Italy and designer of the skyscraper of the Società Cattolica Assicurazioni, today an NH hotel, the Teatro Metropol and the Palazzo Della Morte. The latter, built in the fifties, was designed in section to fit into the difference in height of over sixty meters between Via Palizzi and Corso Vittorio Emanuele, and is a great demonstration of technical ability and creativity, a synthesis of light forms and Mediterranean vegetation that leads Napolitano to speak of “an unexpectedly Brazilian air,” probably with Lina Bo Bardi in mind: another Italian female architect who despite pursuing her career for the most part in Brazil has received much greater attention from the critics. For this type of building, with its roof visible from the street above and façade rising sheer from the one below, Renato De Fusco, a great Neapolitan intellectual and historian of architecture, coined—Napolitano again points out—the term grattaterra, “groundscraper,” to underline its peculiar characteristics. As for Filo Speziale, her career undoubtedly suffered as a result of Hands over the City, Francesco Rosi’s 1963 movie denouncing the disfigurement of Italian cities during the economic boom, set emblematically in her much criticized skyscraper on the seafront, which in spite of its Pontian inspiration and rigorous proportions was accused of being an eyesore. 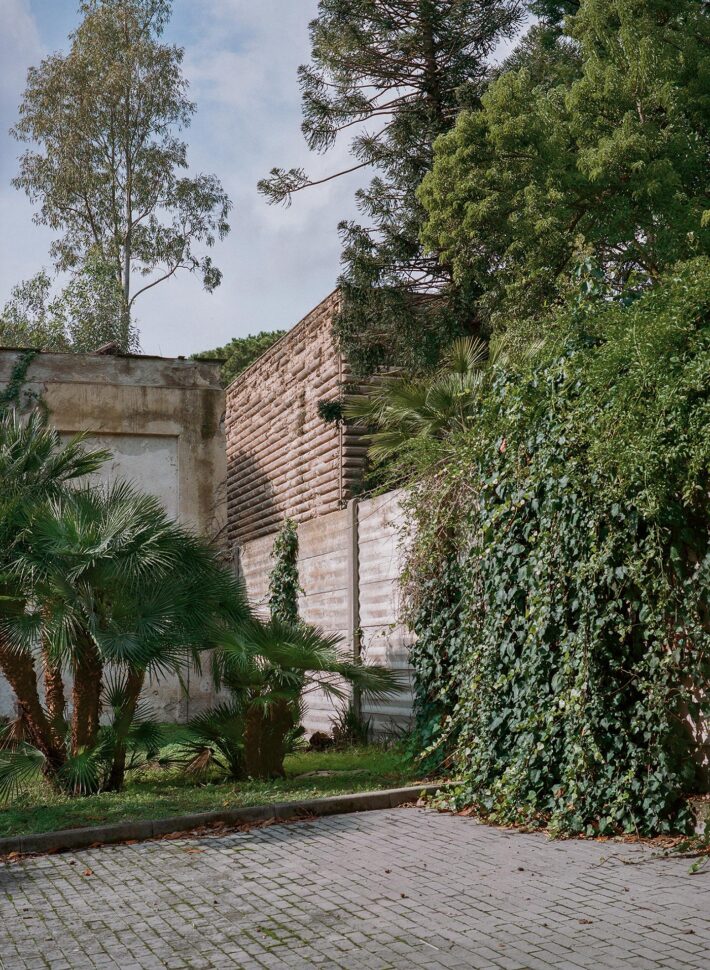 The eighteen buildings that serve as case studies, unwinding the thread of the argument, are in any case all interesting, and all little known. Among them, it is worth singling out the beautiful Fuorigrotta station on the Cumana railroad with its undulating roof, designed by Frediano Frediani, whose reputation has also been dented by his design in 1945 of a skyscraper by the sea that was never built. Paradigmatic for its refinement is Amedeo and Lorenzo d’Albora’s apartment building on the Riviera di Chiaia, which betrays in the slender slabs of its jutting balconies the brothers’ training as engineers and overturns what is perhaps too much of a commonplace, and one that has been used by architects to let themselves off the hook: that the disfigurement of Italian cities and landscapes after the war was the work of engineers and surveyors. Without going any farther, a special mention must be made of Villa Oro, a volume wedged between road and cliff by Luigi Cosenza and Bernard Rudofsky, the future author of the manifesto of architecture as a common skill, Architecture Without Architects, which accompanied the exhibition of the same name at the MoMA in New York in 1964. And Rudofsky’s presence in Naples and its environs in the thirties serves as a reminder of how many Northern European rationalists sought the primeval sources of modernity in Mediterranean architecture, an argument taken up by another Neapolitan, Edoardo Persico, with a major exhibition held at the Milan Triennale in 1936 (in the city to which Persico had moved in 1929). And on the subject of writings, it was in postwar Naples that Roberto Pane penned Città antiche edilizia nuova, a book that might have been able to change the face of the country’s reconstruction.

Certainly, out of all the geographical areas that the history of modern architecture has explored in Italy, Naples is a staging post, never a point of departure or arrival: not because the modern buildings here are less significant than elsewhere, but as a result of their eccentricity, and thus of a certain difficulty in seeing them as modern. Napoli Super Modern overcomes this difficulty, and this in itself makes it an original study, but it is the method that counts too. In this connection, a comment by Napolitano is illuminating: in the very years in which Le Corbusier was advocating the use of pilotis to turn ground floors into open spaces, freed from preexisting urban grids, in Naples—on the contrary—modern buildings continued to have enclosed ground floors. The reason, perhaps, was not just geomorphological. It was also anthropological: in Naples there is no need to connect public property and private property, because the way its people live in their homes and the city’s spaces has already made them a continuum, one might say ab origine. Still today, in the alleys of the city, public space is used as an extension of the ground-floor apartments, and every possible nook and cranny is occupied by more or less informal economic activities, as can be seen every day on the court of the Post Office Building, one of the buildings by Giuseppe Vaccaro and Gino Franzi around which the poetics of Napoli Super Modern turn. As this almost ethnographic observation demonstrates, the book is too pragmatic and at the same time too permeated by an architectural vision to figure among the many theoretical writings that have borrowed intellectual fads and frenzies from other disciplines, and philosophy in particular, in order to speak of architecture—as if the discipline were in need of ennoblement. Napoli Super Modern, on the contrary, is a book of architecture with no filters. 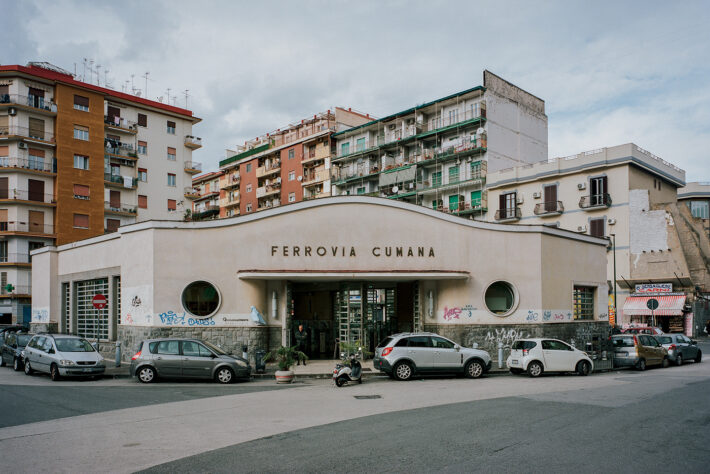 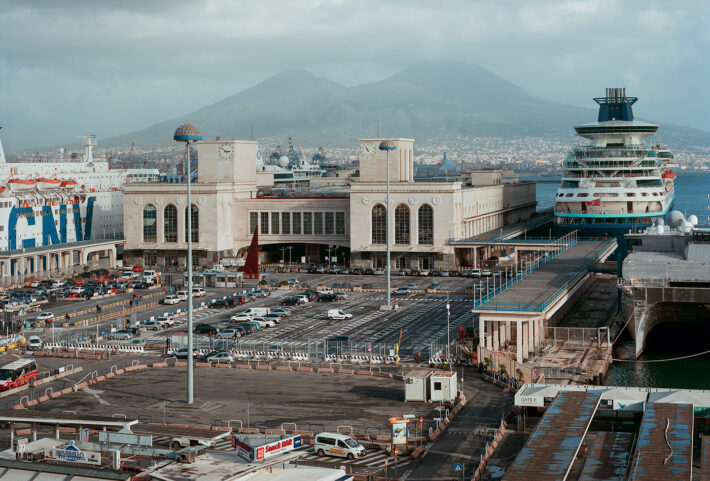 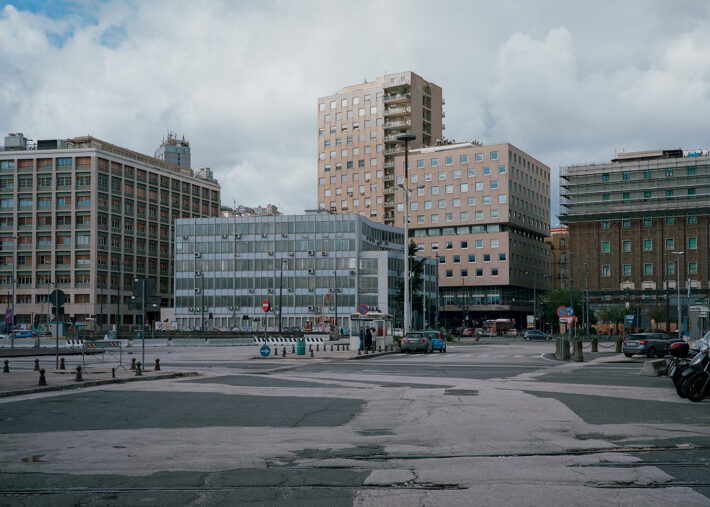 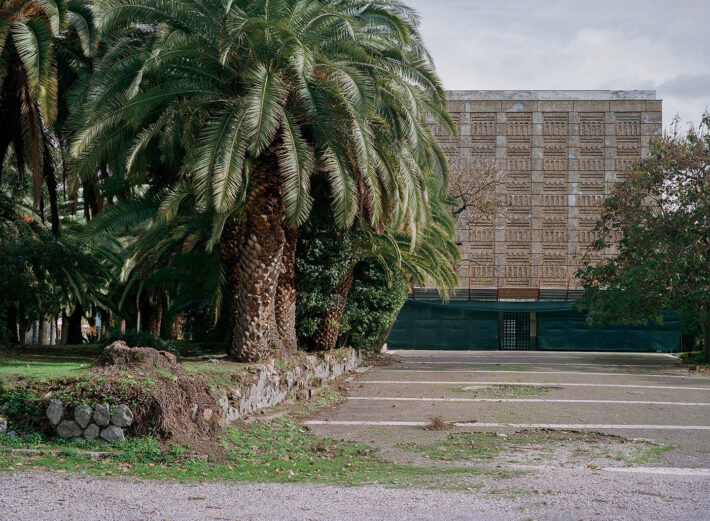 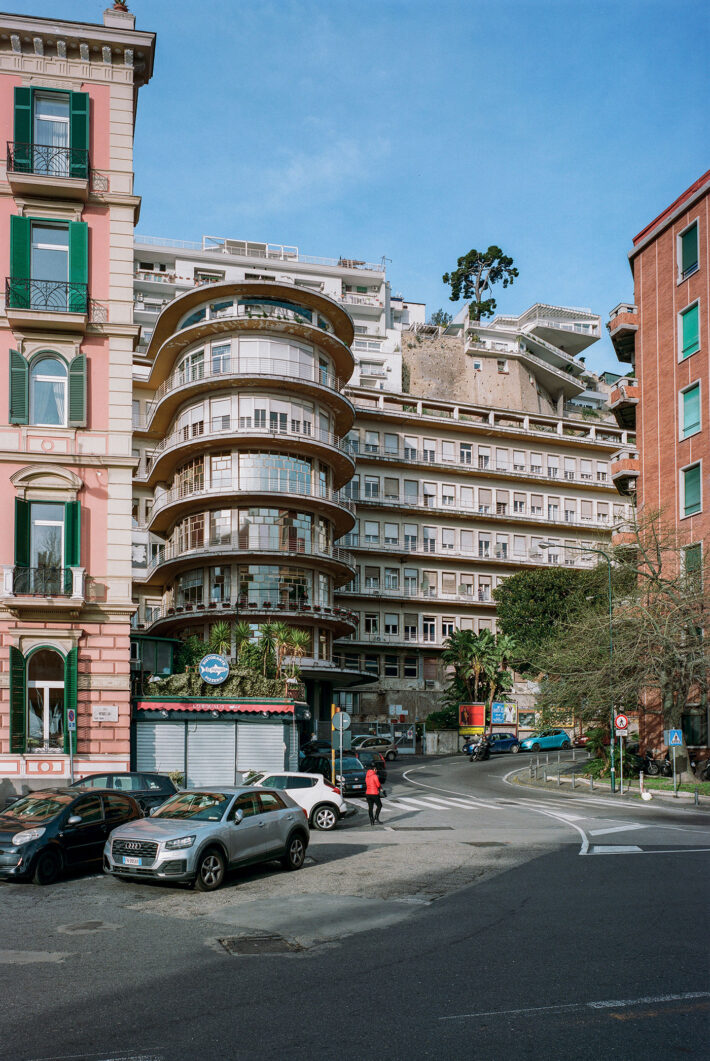 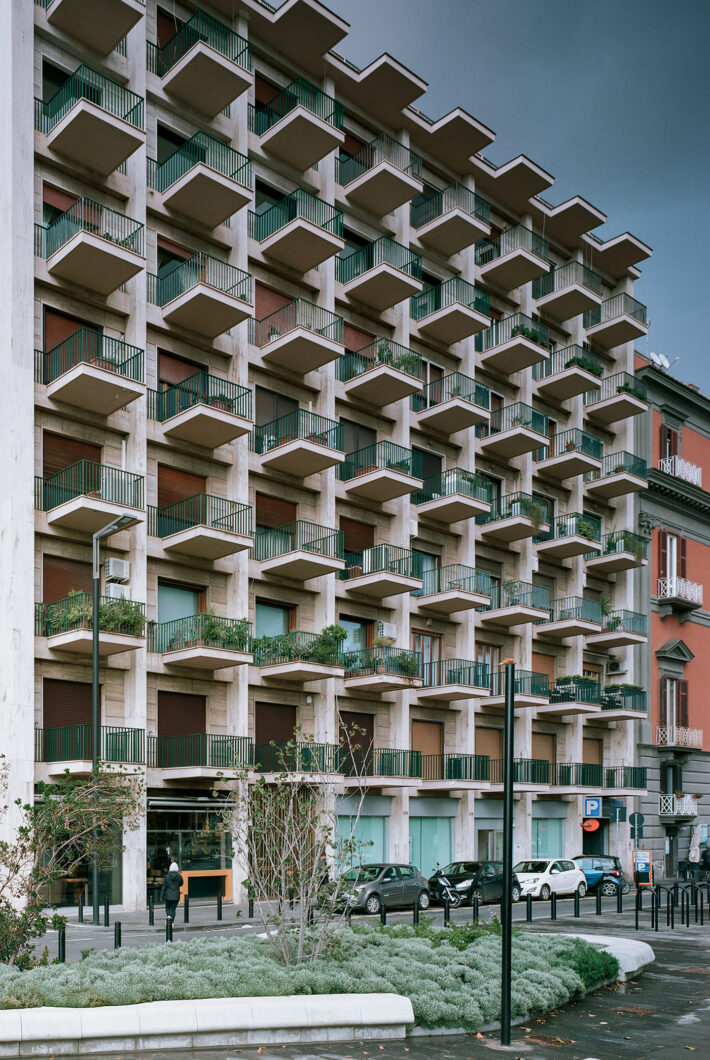 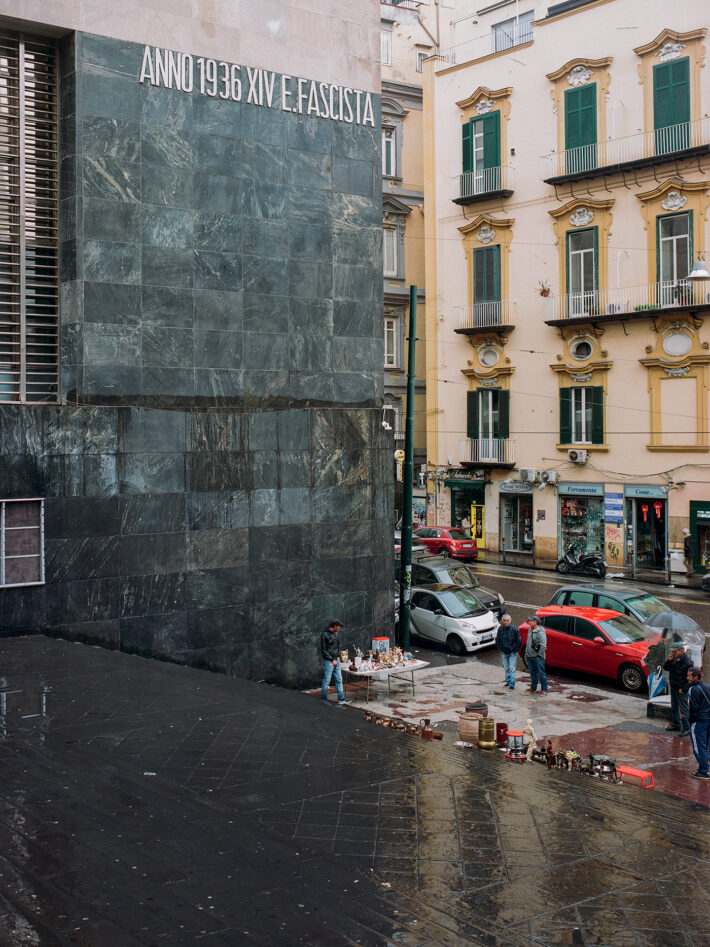 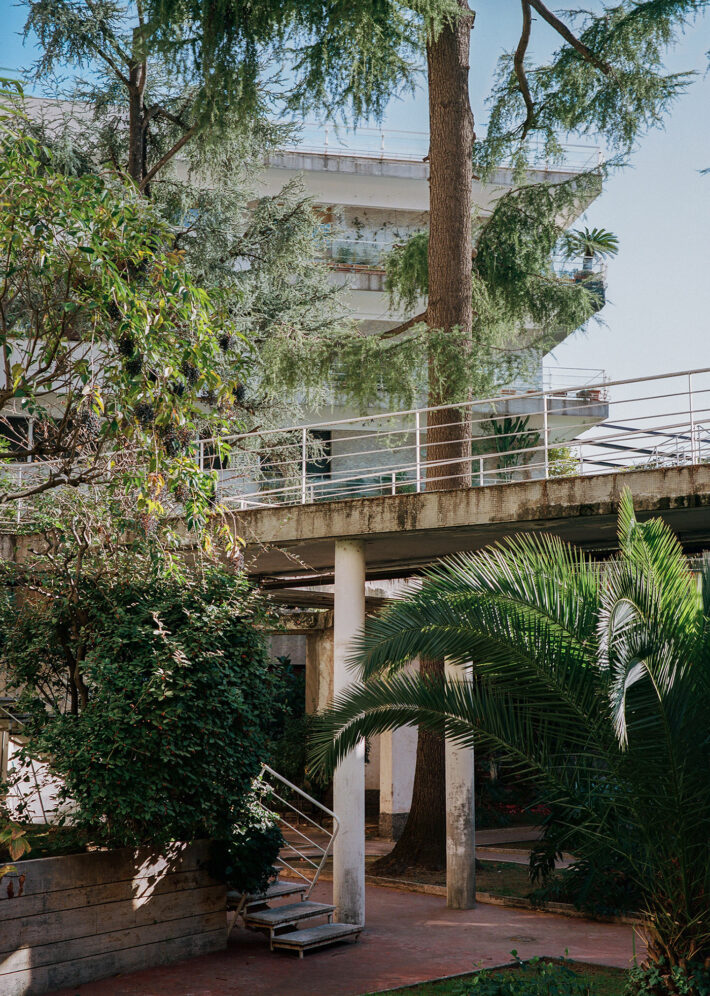 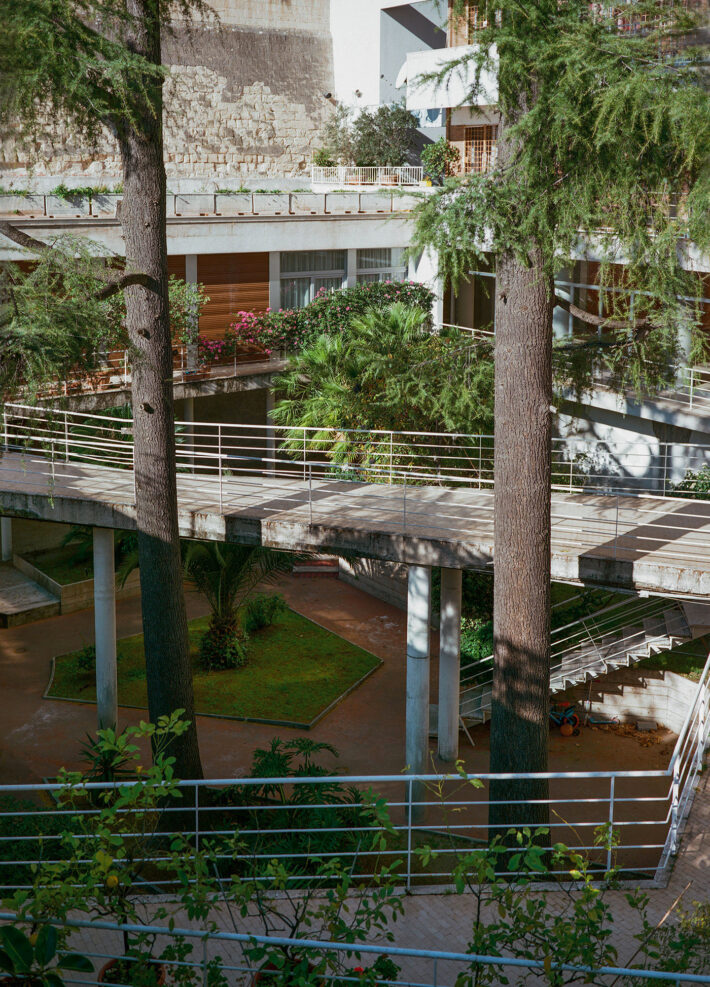 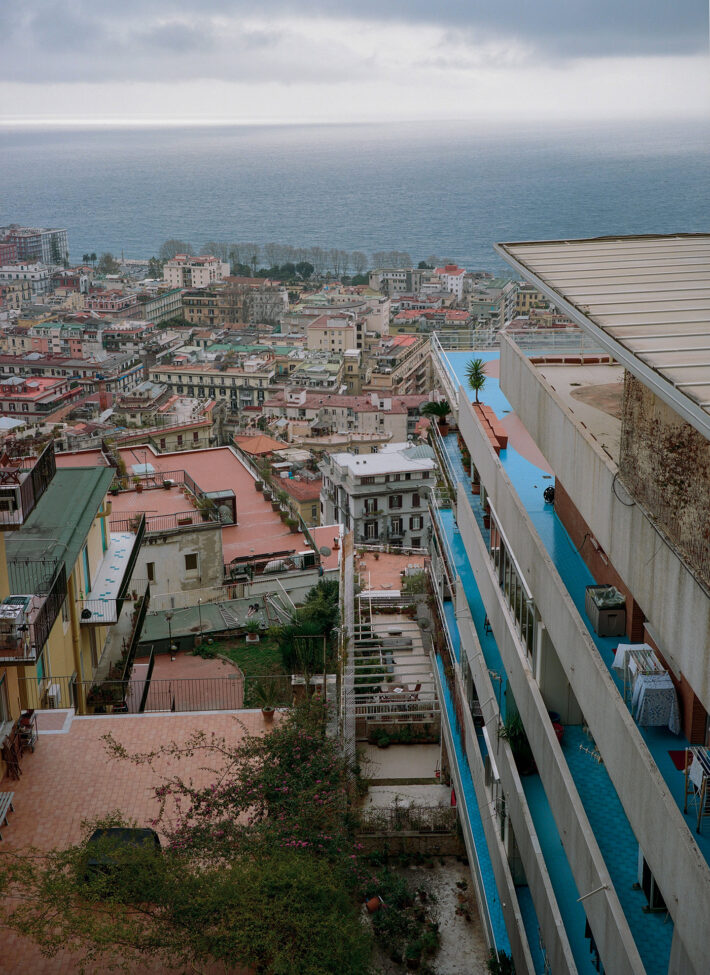 An architect and researcher, he teaches architectural design at Turin Polytechnic and has been a Visiting Scholar at the CCA in Montreal. He has taught at Domus Academy and given lectures at Washington University in St. Louis, the Institut für Kunstwissenschaft in Bremen, Milan Polytechnic, the Strelka Institute in Moscow and the Harvard Graduate School of Design. He is a partner in the DAR architecture firm.