Smartphones and tablets, obviously. But smart TVs, digital assistants, wearable technology and much more. While up until just over ten years ago our life online was conducted exclusively by means of the traditional computer, today we connect to the internet through a multitude of devices that we carry around with us or that have become, as in the case of smart speakers, digitally integrated fixtures in our homes, bringing the web literally within hailing distance. In the face of the advent of the internet of things, our traditional laptops (not to speak of our desktop computers) run the risk of seeming outmoded objects: obsolete instruments, whose only suitable place is the office. Who needs a cumbersome PC at home when we can watch Netflix on the smart TV, read and play on a tablet and access social networks via smartphone?

The data seem to confirm this momentous shift: sales of the means by which we first entered the digital world have gone through a long phase of decline. According to Statista, sales of PCs have continued to fall in the last few years, dropping from 365 million in 2011 to 259 million in 2018. So is the era of the laptop coming to an end? The answer is as clear-cut as it is surprising: absolutely not. On the contrary, it may be on the verge of gaining a new lease of life. Support for this comes from surveys conducted by Gartner, which show that in the third quarter of 2020 the market had its best results in ten years. This should not come as a surprise: one of the main protagonists of the digital acceleration under way, due to the pandemic, has without a shadow of a doubt been remote working. According to a report by the World Economic Forum, the percentage of permanent remote workers, which has already grown significantly this year, is set to double in 2021, reaching 34.4%. 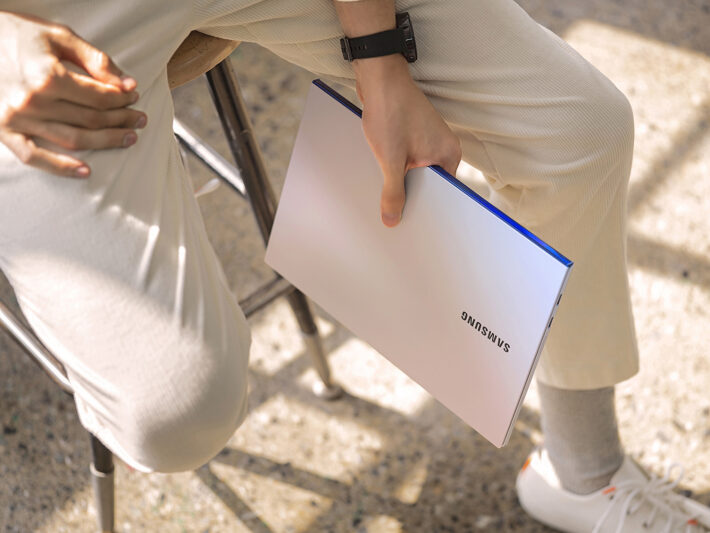 It is partly for this reason that the laptop is about to make a big comeback. Far from being a computer good only for the office, the notebook is becoming more important than ever: an inseparable companion that allows us to work wherever we want and that serves to keep us in touch with colleagues, attend events and conferences, take part in meetings and still more, using the best platforms for business collaboration. Zoom, Slack, Teams, Trello, StreamYard: names that up until a short time ago seemed almost exotic but that have now become an integral part of our daily lives as remote workers. Here too, the numbers do not lie: in December 2019 around 10 million people connected to Zoom every day, a figure that has soared over the last 12 months, reaching a peak of 300 million daily participants in online meetings. Nor is it alone: in April 2020, Microsoft Teams had already reached a level of 75 million daily users; by the end of October this figure had risen by over 50%, climbing to 115 million. If to all this we add the online gatherings with friends that are growing increasingly sophisticated and the exhibitions, cultural events and concerts that can be attended virtually (a trend that, at least in part, is going to continue even when the pandemic is over), it’s clear that an ordinary computer to be kept on the desk and used every now and then may no longer be enough. What we need are high-performance devices with long-lasting batteries and reduced weight. And obviously, as for any important element of our homes, they also need to be of refined and high-quality design. 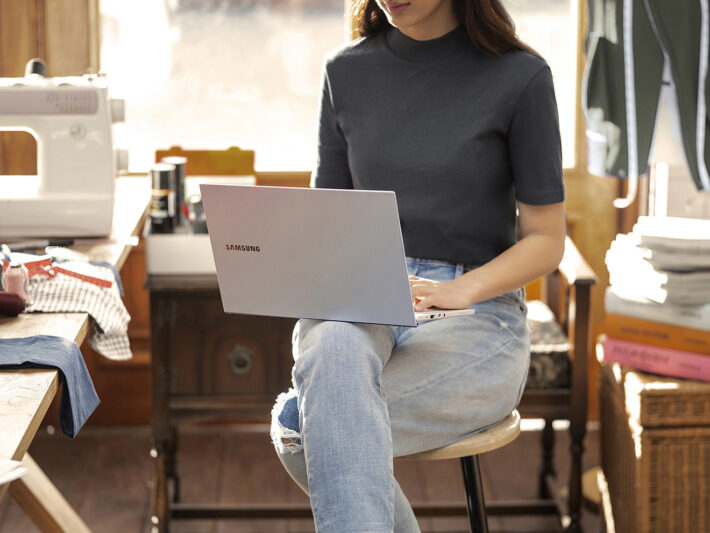 The extent to which the atmosphere that surrounds the laptop is changing is demonstrated by a series of important announcements in recent months. Prominent among these is the launch of Samsung’s Galaxy Book Ion, a high-end notebook of extremely sleek design, whose elegance makes it stand out from the competition and which also catches the eye with its large, immersive and extremely bright QLED display, characterized by an ultra-slim bezel. The first thing that strikes you about the Galaxy Book Ion is the quality of the images and video, which achieve an impressive level of realism, but the rest is every bit as good: a battery whose charge can last for up to 22 hours, 8 GB of RAM and a weight of just 970 grams, as well as the possibility of charging your smartphone in wireless mode (by placing it on the trackpad) and interfacing it with the laptop to use the two devices as if they were one. Who needs features of this kind? That’s easy: any professional who works remotely and requires a fast and powerful computer that is light and easy to carry around (on the move or even just from one room to another) and as long a battery life as possible so as not to be tied to power points for energy.

It is thanks to a computer with characteristics of this level that we are able to exploit the advantages of smart working to the full. And more: it is also what will permit us to take another step up, turning into true digital nomads. Once the pandemic comes to an end, we are going to find in fact that the widespread adoption of remote working will allow us—especially the younger ones among us—to live in a completely new way. Why remain stuck in your hometown if you can spend a few days in a European capital or some other city renowned for its art? Why work at your desk if you can send emails from the beach or participate in a conference call in the midst of the countryside? If these seem radical examples, consider the fact that all over the world the army of digital nomads, who travel and move around without ceasing to work, is continuing to grow and in the United States alone (where restrictions on movement have been much less drastic) their numbers have risen from 7 million in 2019 to 11 million in 2020. It’s not hard to imagine that this trend is going to take off in Europe and elsewhere too, as soon as we break the grip of covid-19, or at least loosen it. At that point, with smart working an established practice, what is going to stop the new professionals from living in an ever freer manner, accompanied solely by their notebook? 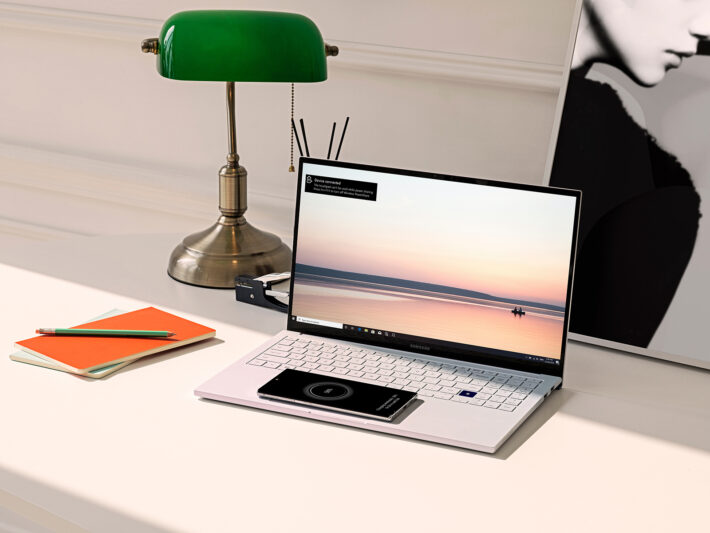 It is also a target of this kind at which a laptop like the Galaxy Book Ion is aimed, for its technical characteristics, size and performance make it the perfect computer to slip into a backpack and then work in total freedom. Never before, in fact, has it been so evident how our life is no longer split between the periods we spend on line and the ones in which we are off line. Our life, to use the philosopher Luciano Floridi’s apt definition, is an onlife: always connected and with the barriers between the digital and the physical world ever more blurred. A universe in which the laptop has gained a new centrality and which in the future will be enriched with devices through which we will break down the current boundaries between the two worlds for good.

This is the next big thing in technology, on which all the digital giants engaged in developing augmented reality headsets are working. Devices which will allow AR to demonstrate its commercial potential, revealing the fusion between real and digital before our very eyes. To get an idea of what we’re talking about, the simplest example to take is that of GPS: thanks to augmented reality and smart glasses like these, directions will be projected by the viewer and integrated with the environment; arrows pointing the way, in short, will appear directly on the asphalt. But the applications of smart glasses go far beyond GPS and to a great extent still have to be imagined: think for instance of monuments that communicate interesting information at the very moment your gaze lingers on them. Imagine the instructions for IKEA flat pack furniture no longer being on paper, but taking the form of a digital guide that, through the viewer, is overlaid directly on the object that you are assembling, explaining the steps to be taken in real time. Imagine your children learning about the solar system by seeing it appear in 3D right in the middle of the classroom and being able to interact with it. 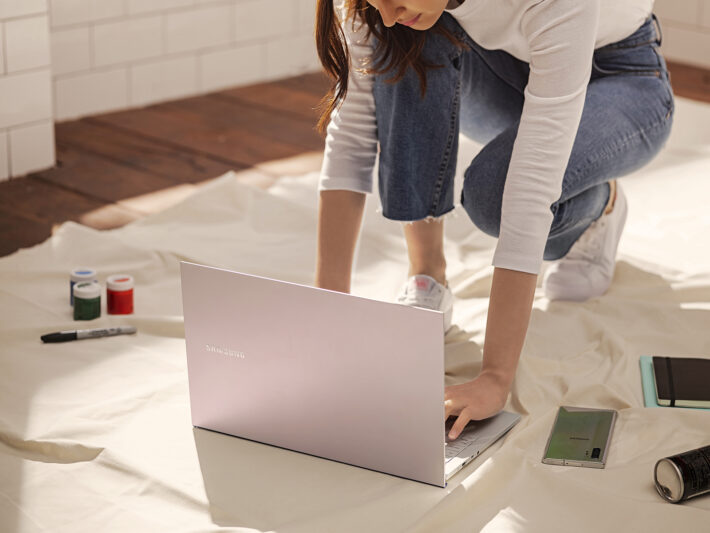 These are just a few examples of a digital future that is coming ever closer, as Samsung itself demonstrated by putting its prototype AR headsets and some of their functions on display at the last CES in Las Vegas. But the South Korean company is already exploring new territories, including the possibility of a truly smart contact lens that will allow our eyes to zoom in on things and take photos as well as being equipped with augmented reality functions. It is still a futuristic prospect, but it is also the inevitable scenario that will follow the imminent advent of augmented reality viewers. We are at the beginning of a new era that will change our vision of what is around us forever and turn us, as has already been suggested, into an augmented humanity. We are increasingly surrounded by what, up until a few years ago, we would have considered science fiction. But the first step toward living in this world, enabling us to become digital nomads, still involves the choice of the right computer. 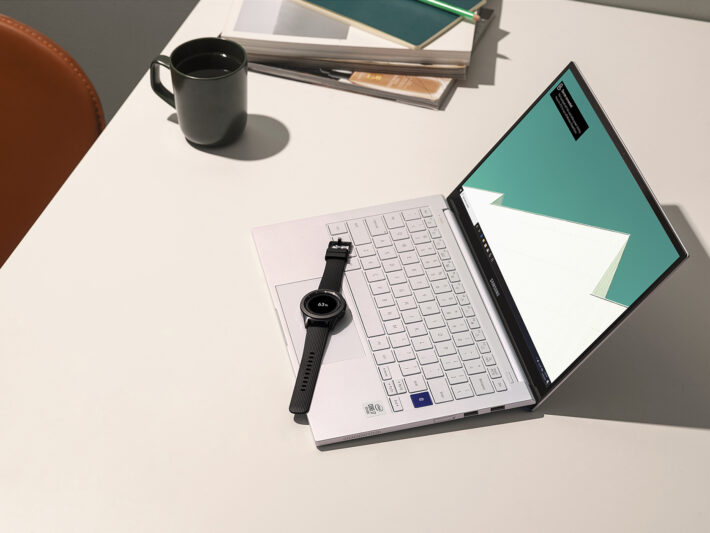 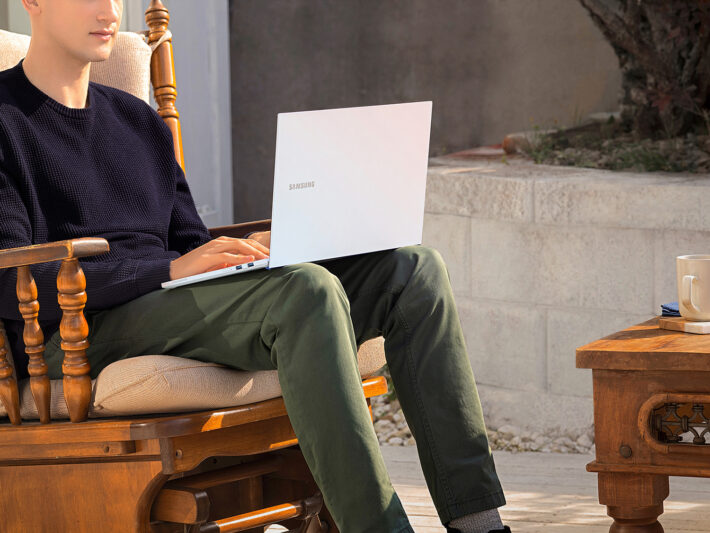 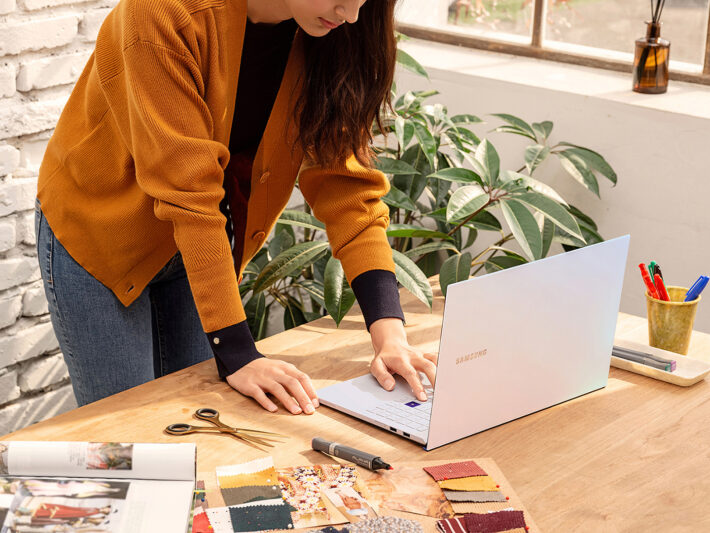 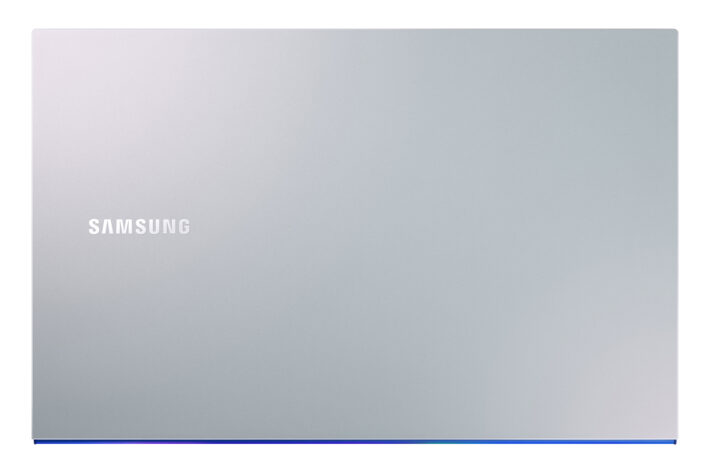 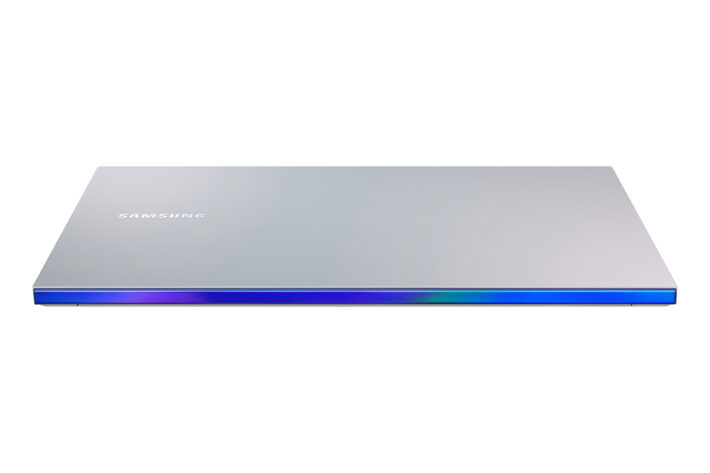 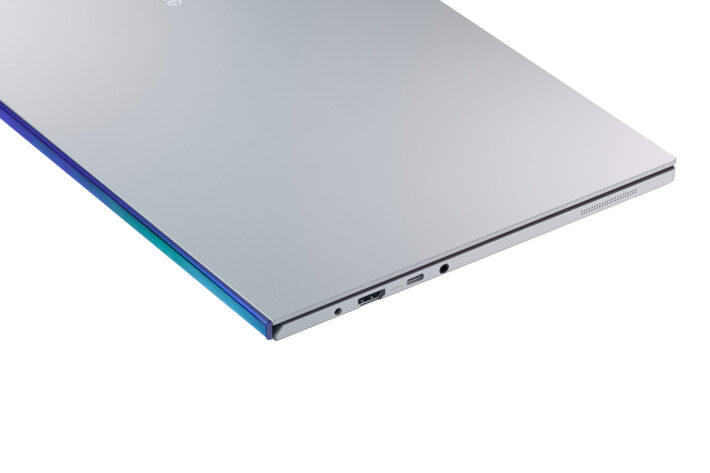 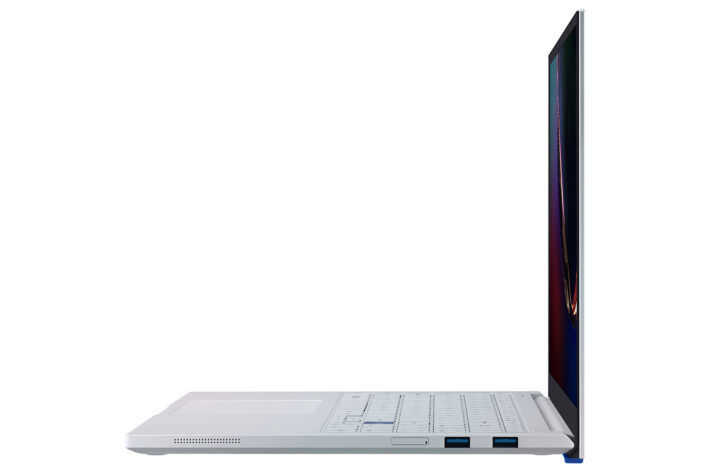 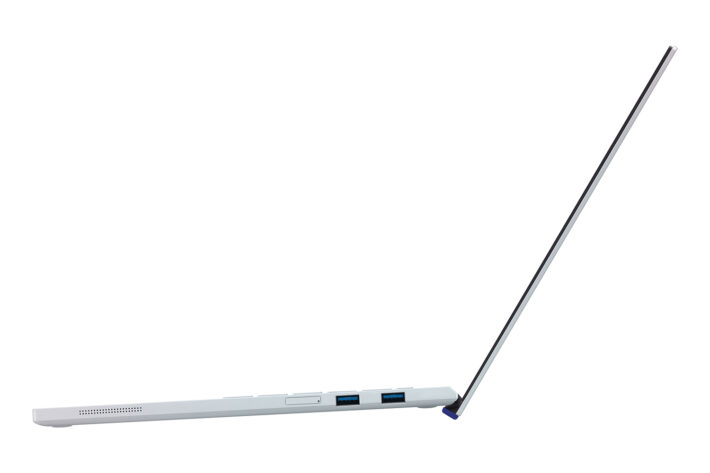 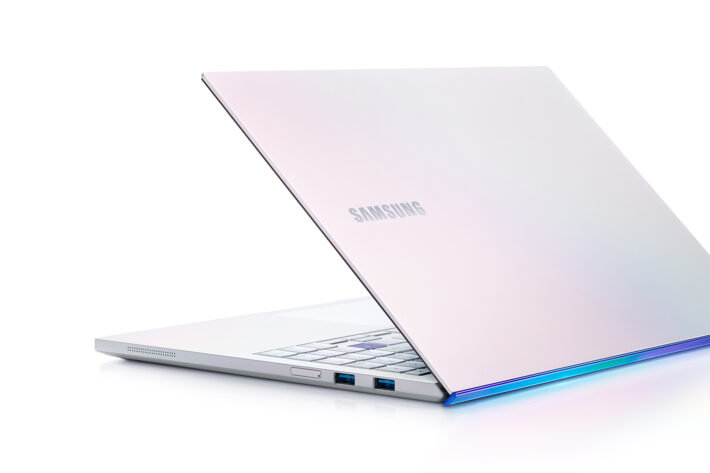 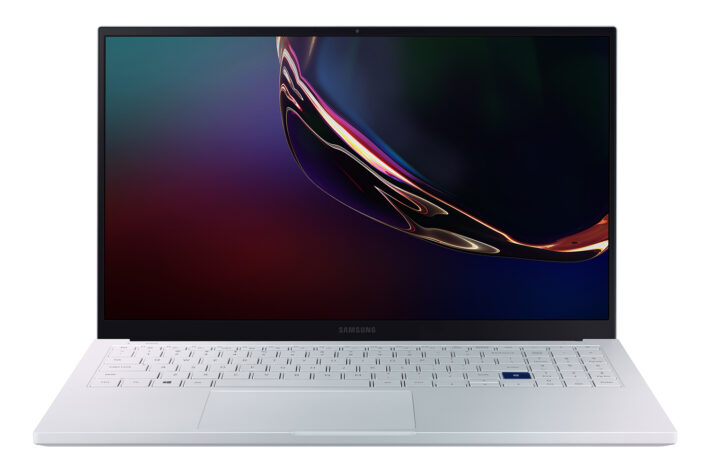 A journalist, he focuses on the relationship between new technologies, politics and society. He writes for La Stampa, Wired, Esquire and Il Tascabile. In 2019 he published Rivoluzione Artificiale: l’uomo nell’epoca delle macchine intelligenti (Ledizioni).