As a spatial follow-up to the thinking that underpinned his well-known essay of 2006, The Architecture of Happiness, the Swiss writer and philosopher Alain de Botton came up that same year with the project he called Living Architecture, an enterprise in which he asked a series of important architects to build houses that would be capable of furthering the debate over contemporary architecture. As part of this system and many years after the start of a meticulous process of construction, a five-bedroom villa in the splendid rural setting of Devon, in Southern England, has recently been completed by Peter Zumthor. The residence, called Secular Retreat, is the Swiss architect’s first permanent work on British soil. Surrounded by gently rolling hills and located not far from small villages of stone-walled houses, the villa designed by Zumthor is not apparently very different from other buildings of its kind: it is made up of rooms for sleeping and spaces for conversation, the bathrooms are luxurious, even in their impenetrable sobriety, the language is modernist. What makes it unique, as well as a further demonstration of the ability that Zumthor had already shown that he possesses in works like the Therme Vals Spa or the Bruder Klaus Chapel, is its capacity to speak of time. 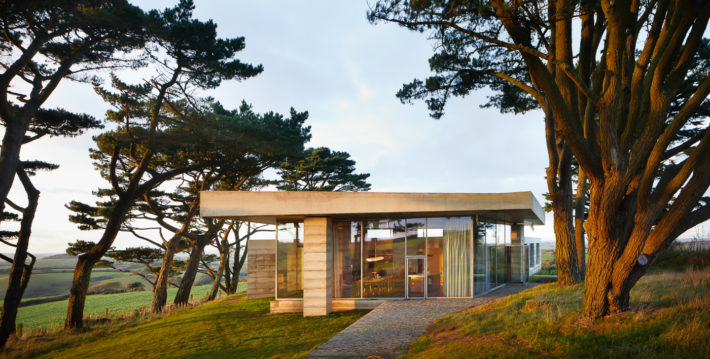 Secular Retreat is a synthesis of the architectural principles that have made Zumthor’s work unique, and, like all of his buildings, is the product of a research that starts out from archaic architecture, passes through the Greek and Roman world, picks up the legacy of the Renaissance and arrives here in the present day with the forms of an object that seems to have always existed, as if the length of time required to build it coincided with the one needed by humanity to become conscious of its value. Between the external landscape and the internal one it is possible to recognize a threshold, a base on which the construction stands. On top, a thick slab of concrete has a slight but clear bend, necessary for the drainage of the rainwater and able to lighten the effect of gravity on the roof. The walls and pillars that support it also bear witness to a slow process of creation and evolution of building techniques, which Zumthor has taken back to their origins: the whole structure is, in fact, a version in concrete of the rammed-earth technique, which cultures of different regions and periods have utilized to construct their works. The walls take on the coloring of the minerals present in the mix and reveal in their characteristic horizontal stripes the time required to layer and consolidate the material. The resulting solid mass is nevertheless also able to vanish unexpectedly in the lightness of the large windows that bring the interior of the house into tune with setting in which it stands. The model of reference is Palladio: it is from his villas in the Veneto that Zumthor says he took the inspiration for the visual correspondence between outside and inside, and for the idea of a solitary building that is continually seeking a dialogue with the forms of the surrounding countryside and with the time that flows slowly past it. 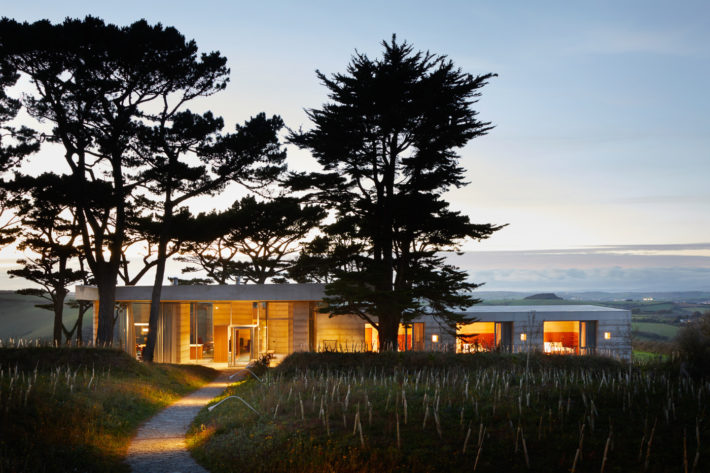 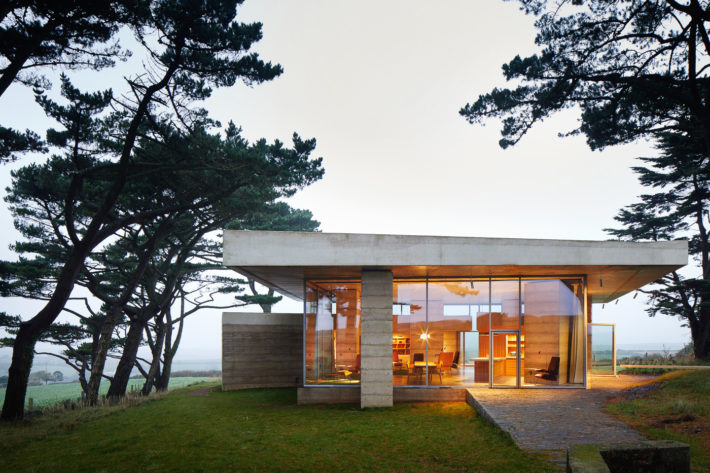 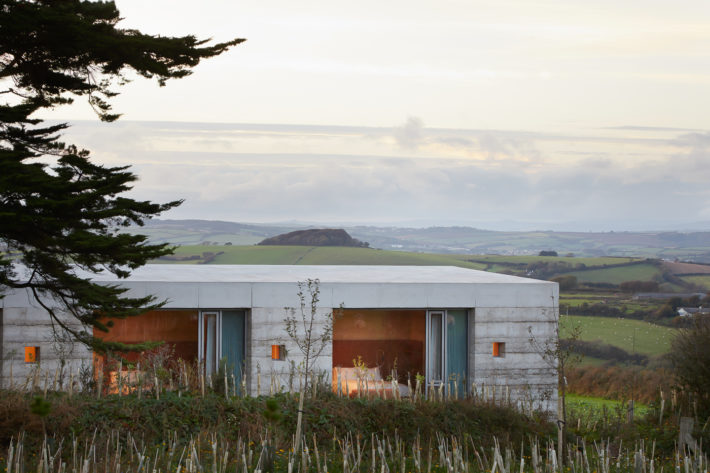 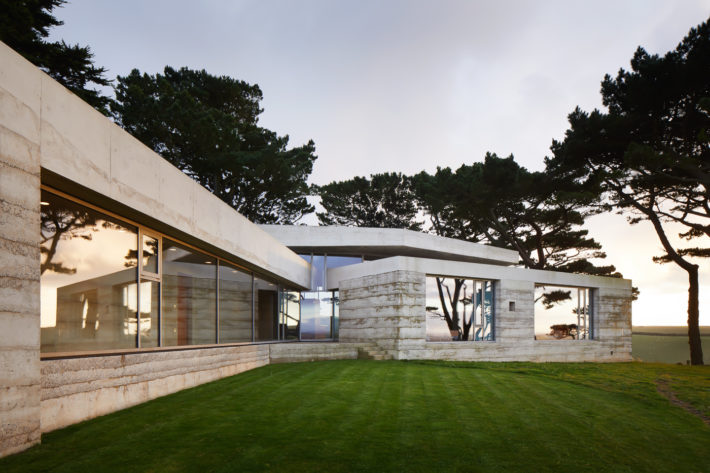 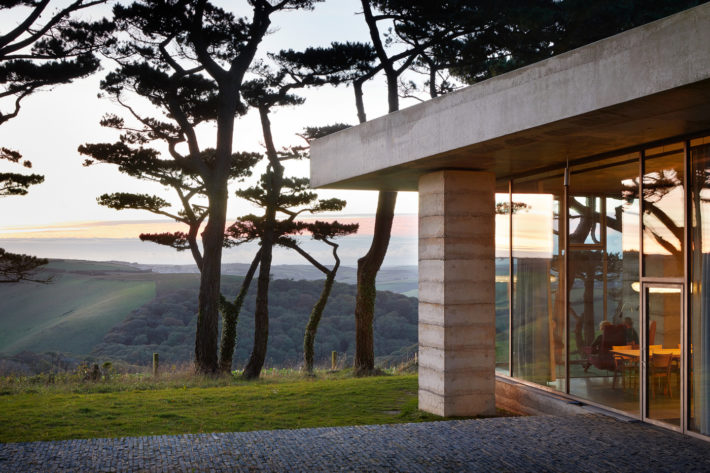 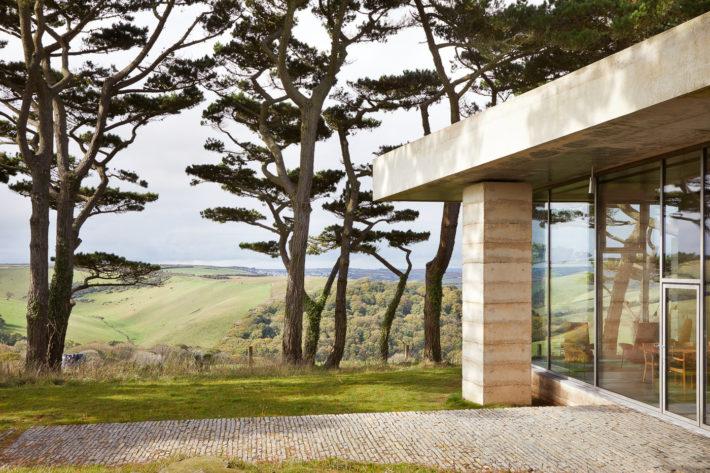 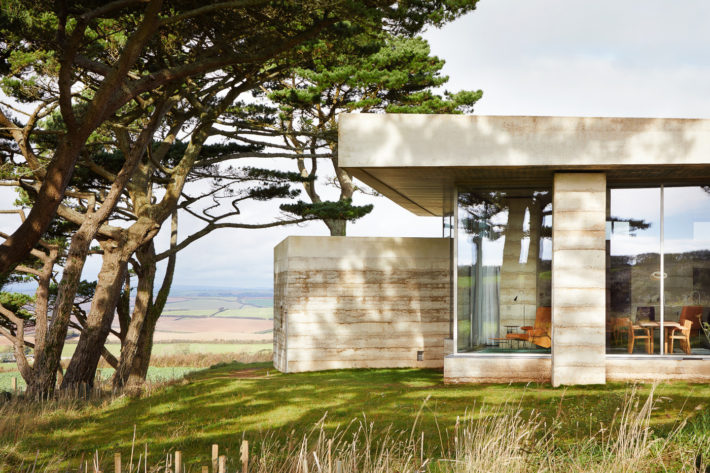 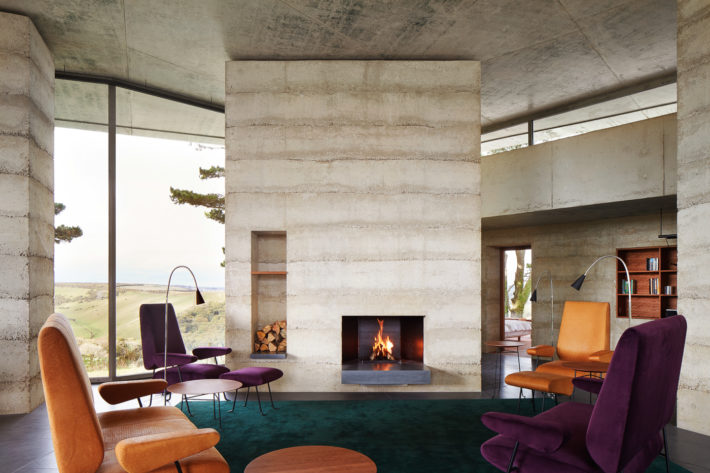 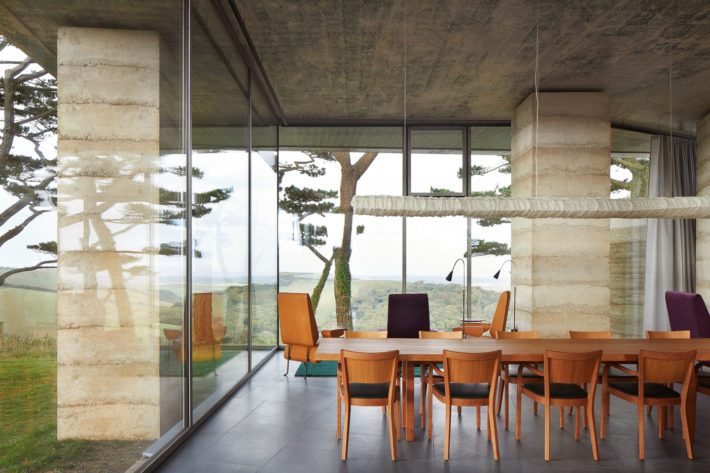 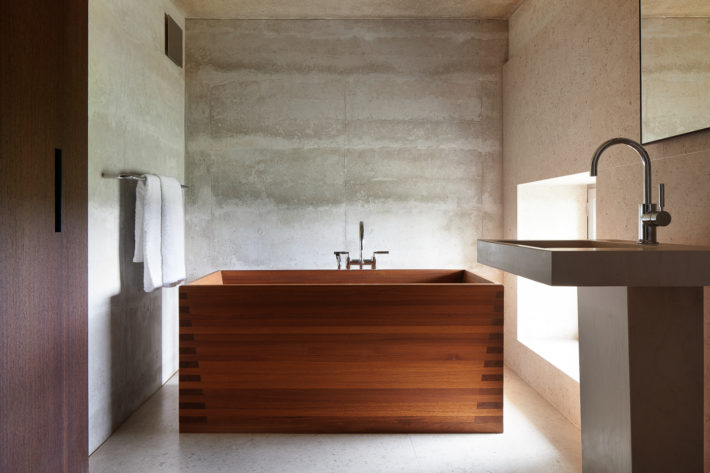 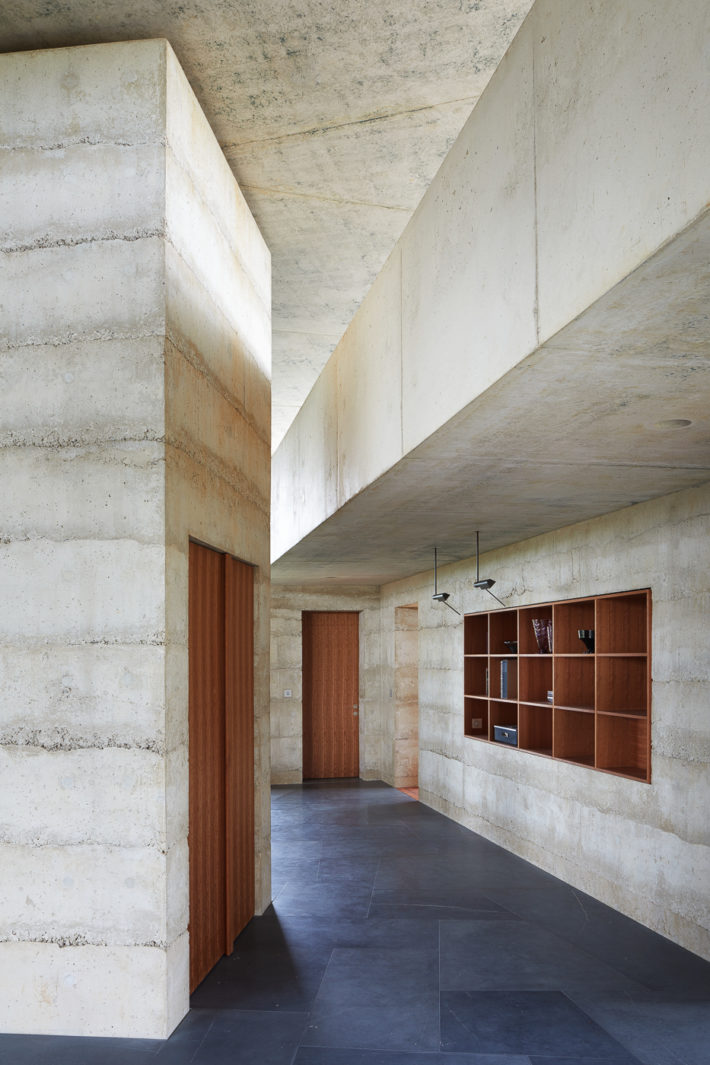 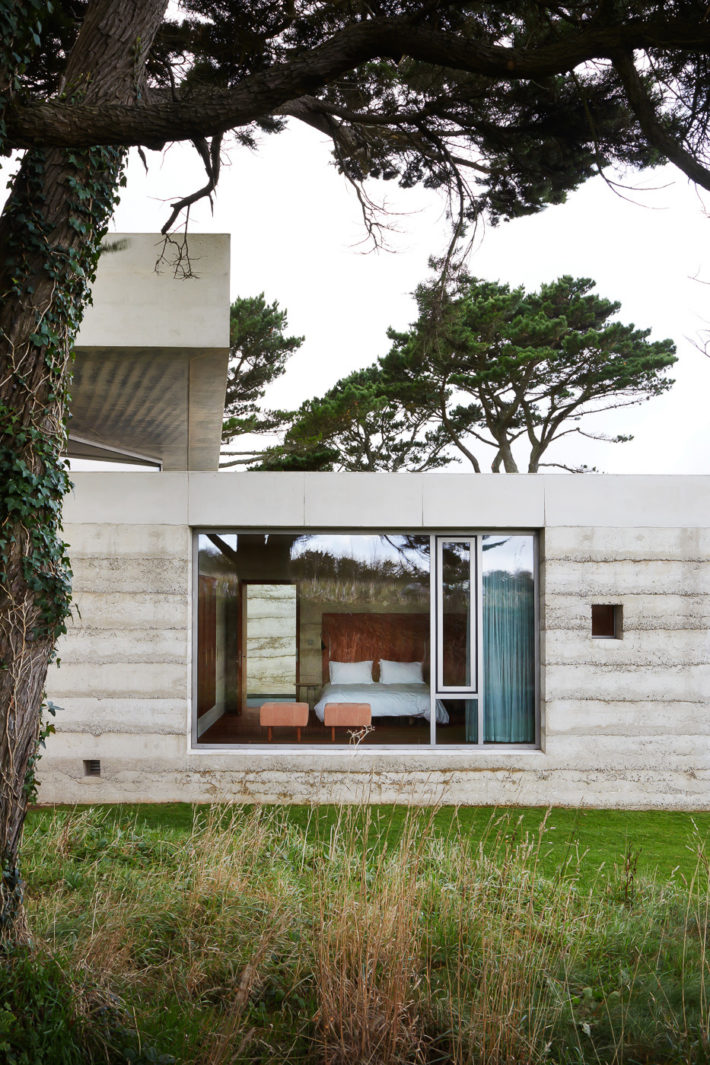