A volume on birds by the photographer Todd R. Forsgren (1981) has recently been published by Daylight. Entitled Ornithological Photographs, it combines the aims of aesthetic gratification and scientific classification—as is evident from the table of contents, where the plates are subdivided into passerines and non-passerines. While the composition of the photos is always the same, with the birds at the center, trapped in nets deformed by their weight, what makes the difference, apart from their morphology and plumage, are the expressions: in some pictures we can recognize fear, in others anger, at times astonishment, often vulnerability. The project stems from a personal interest: Forsgren, who studied biology and whose parents are enthusiastic birdwatchers, has always been fascinated by the paintings of John James Audubon (1785-1851), a scientist and illustrator with a passion for birds, which he used to hunt and then, after their death, place them in the poses in which he wanted to portray them. Forsgren is driven by a similar “desire to name, classify, and quantify diversity,” but without hurting the creatures. His intent is to catalogue them, in the way Roger Tory Peterson (1908-96) had done in what is now one of the most famous field guides to birds. To create this series of photographs, Forsgren followed a number of ornithologists around North and South America, from 2006 to 2014. Although at first sight the pictures convey an impression of imprisonment, the nets we see are the ones that are regularly used to capture birds in order to be able to weigh and measure them and fit them with a small ring around one leg, marked with a number that allows them to be identified. The pictures, therefore, show them the moment before they are untangled from the mesh, catalogued and set free again. 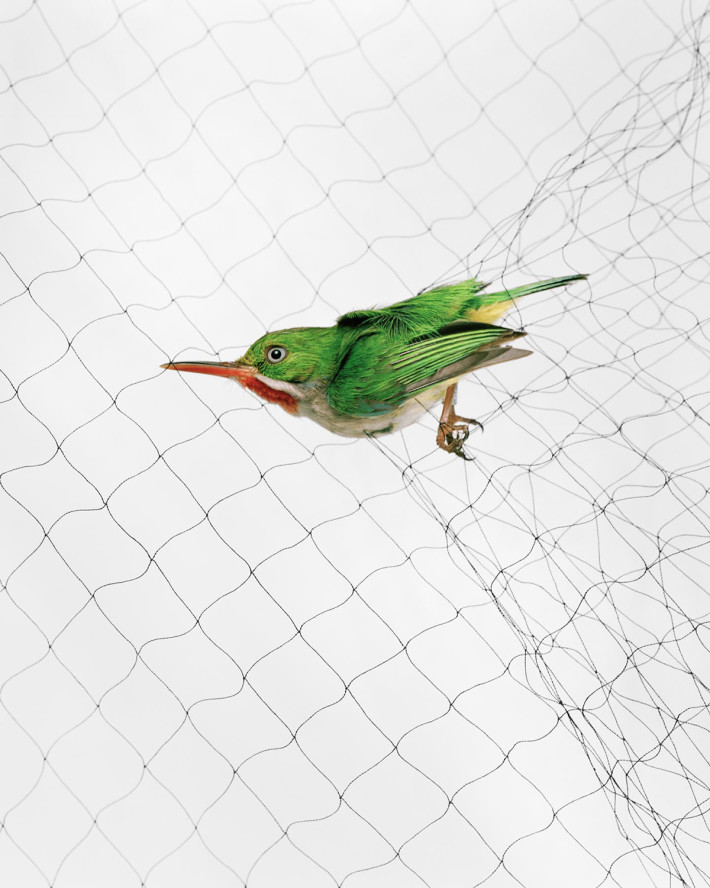 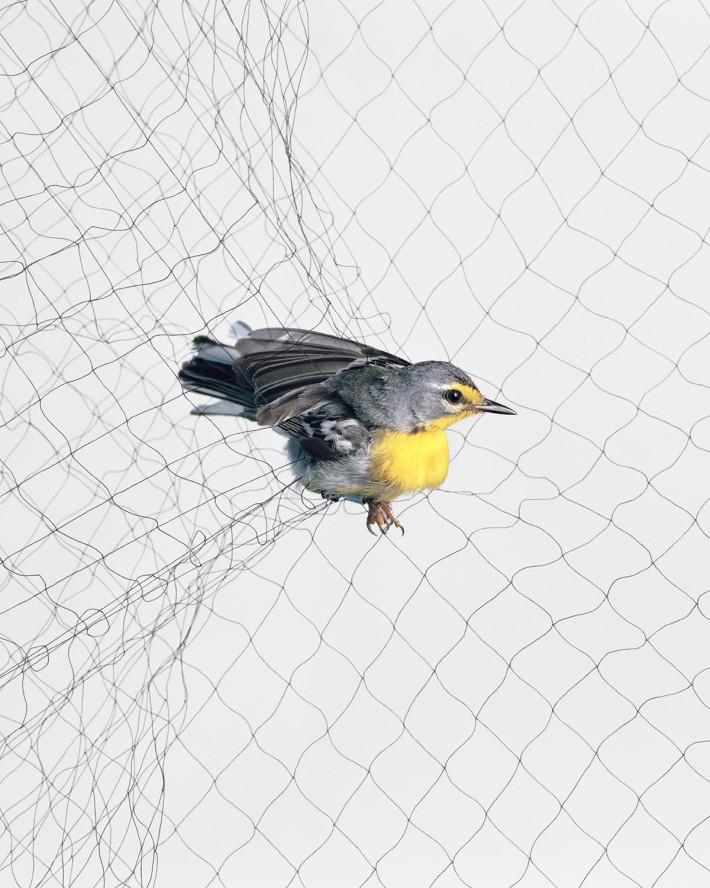 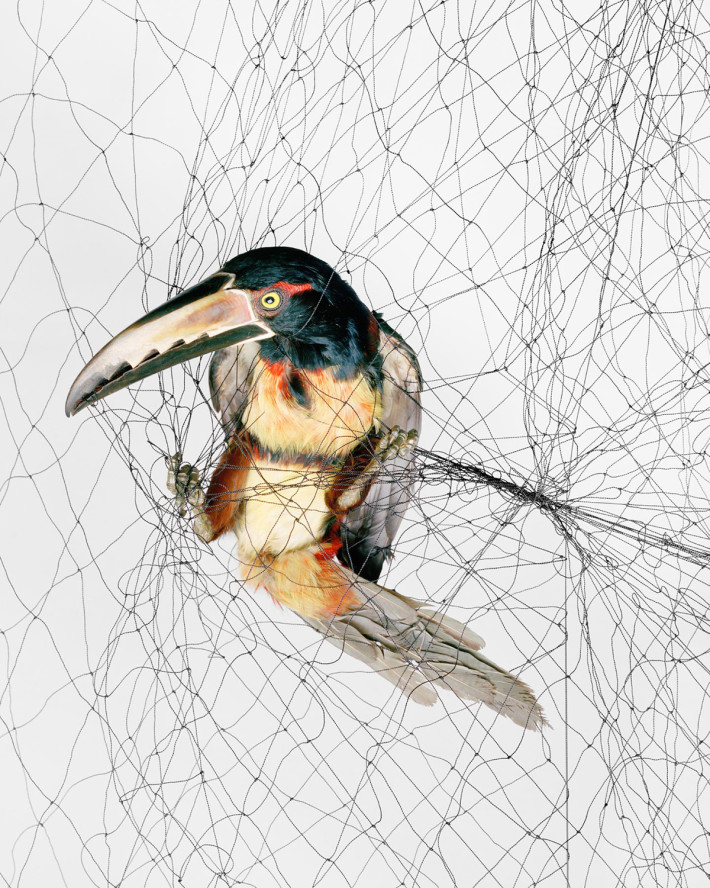 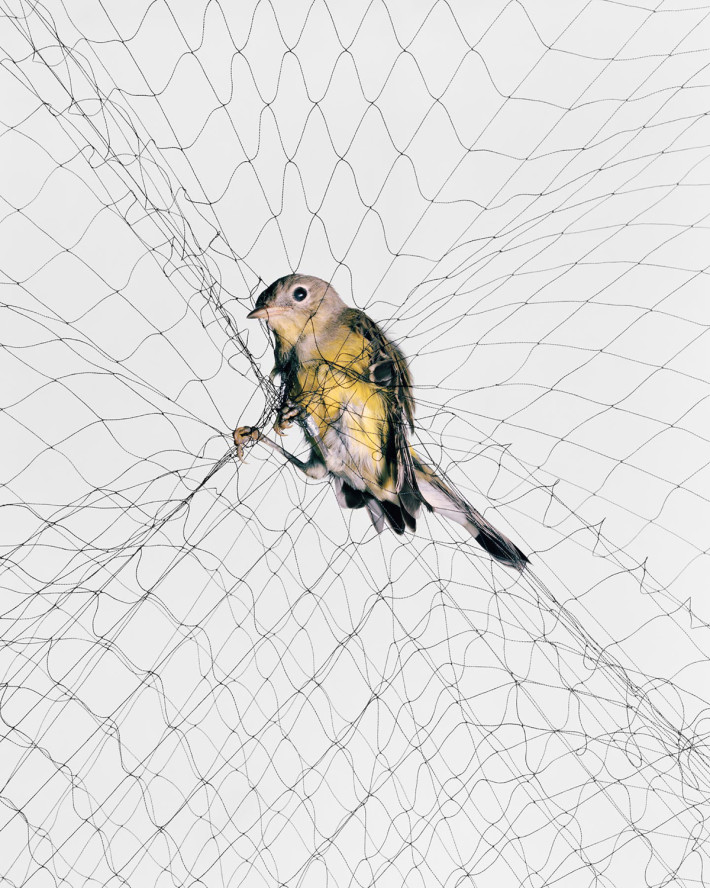 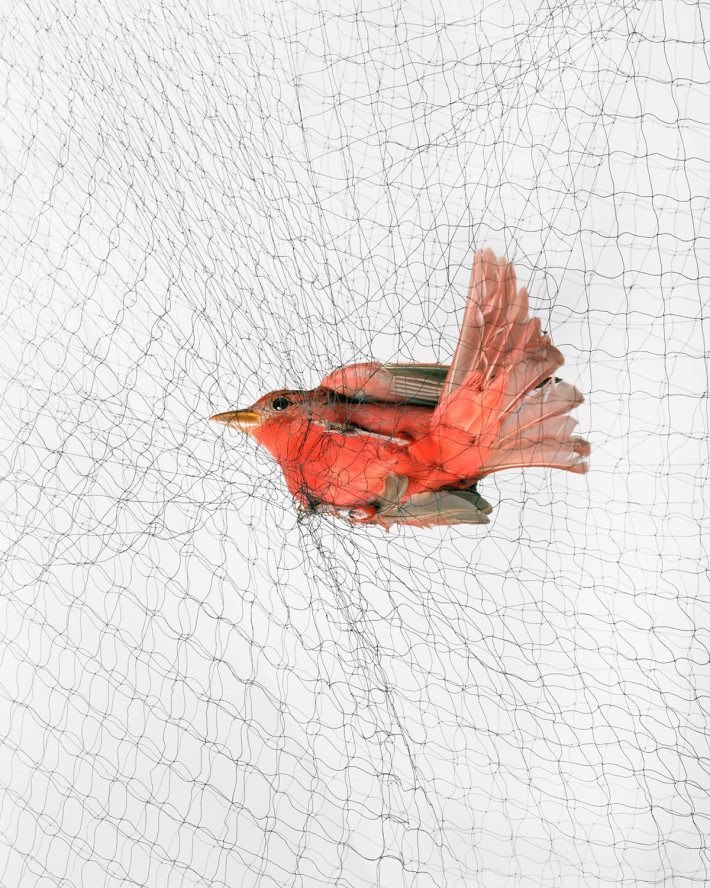 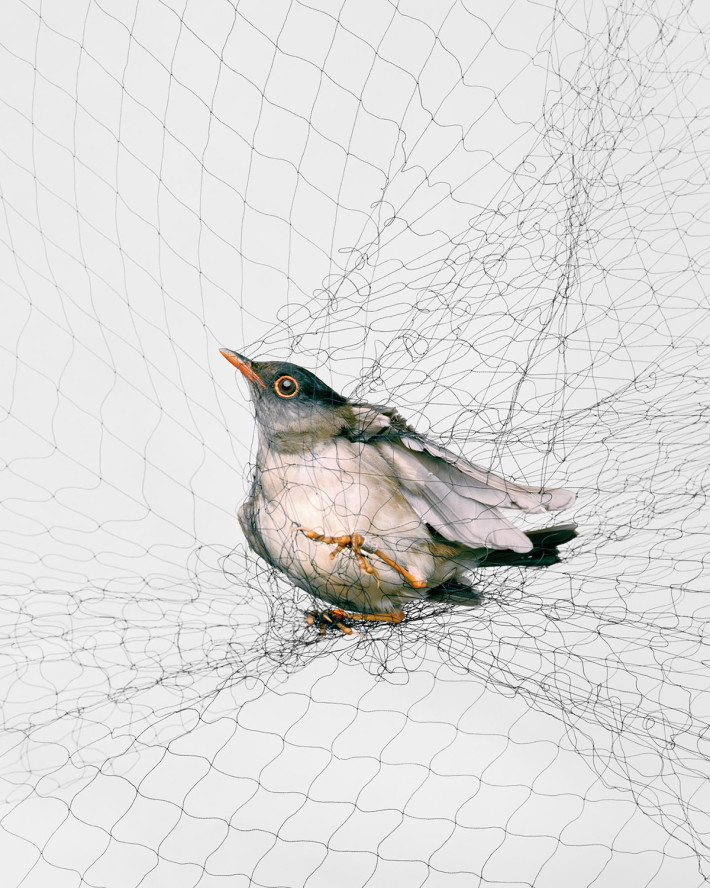 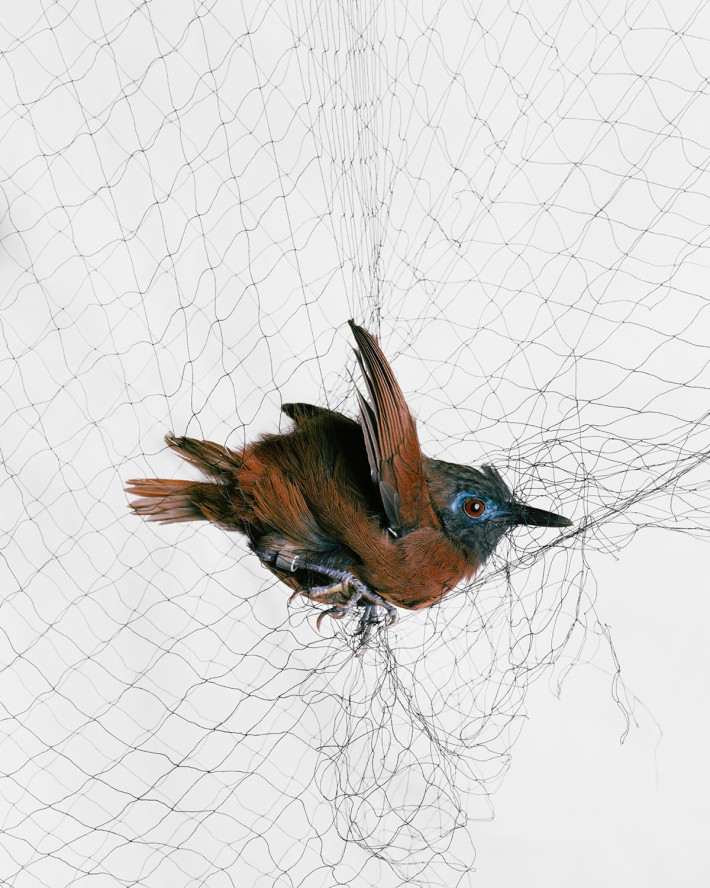 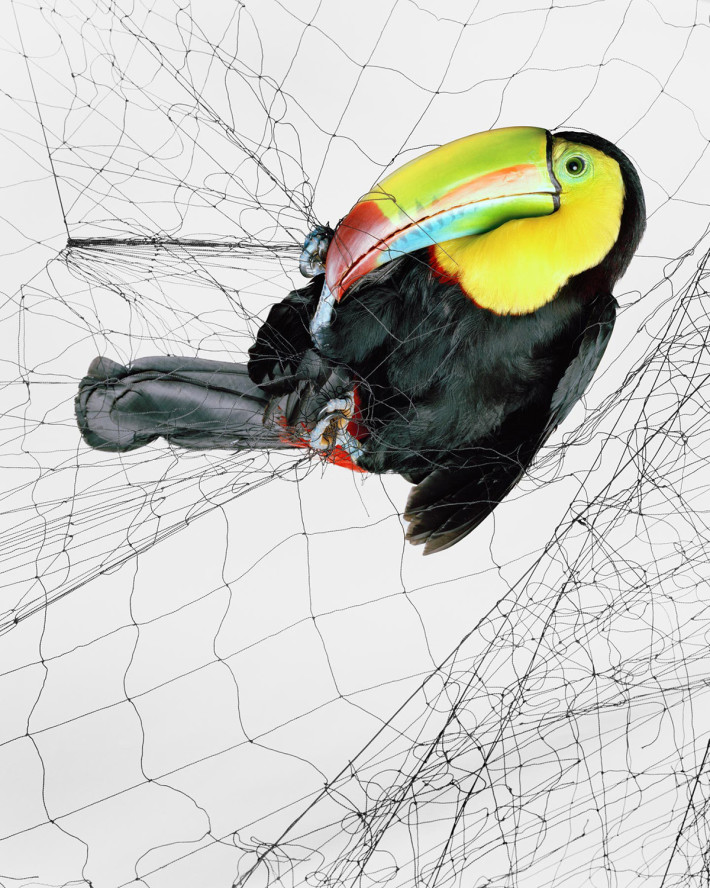 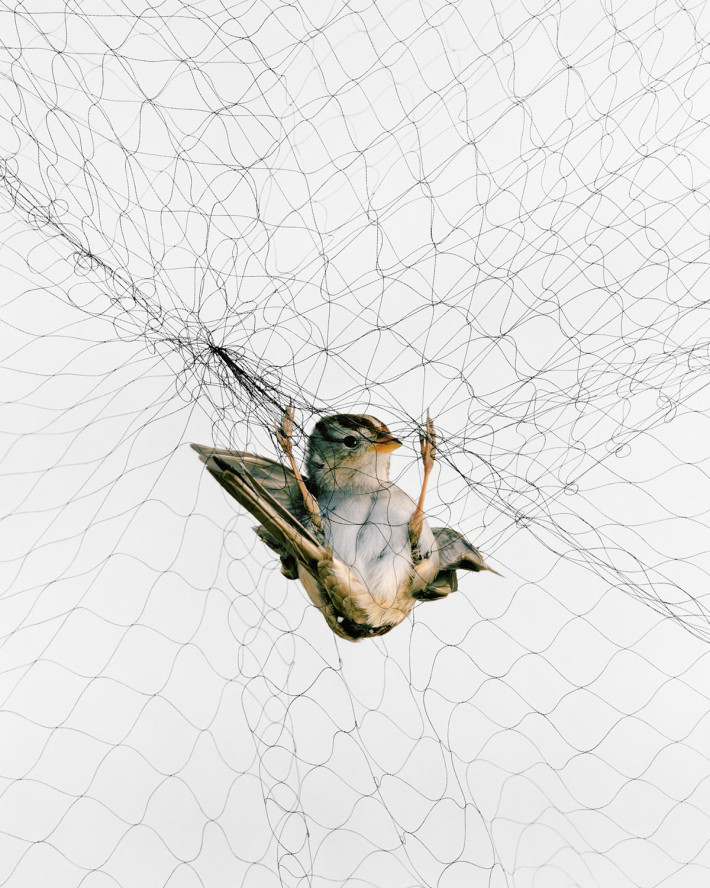 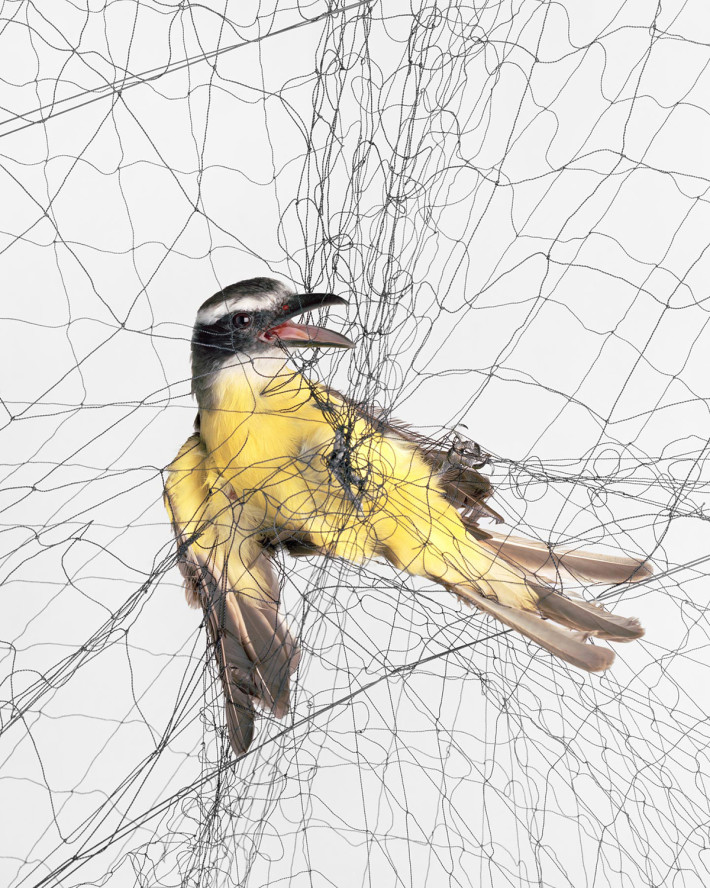 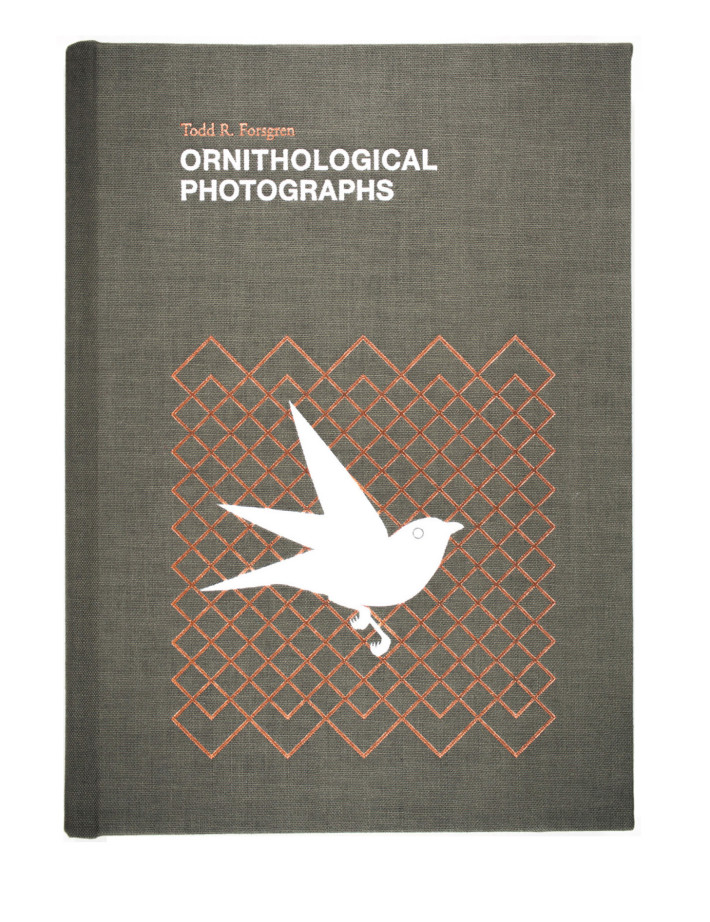