Marialaura Rossiello
This Must Be The Place

Some time ago I organized an exhibition at Via Vigevano 8, in Milan. When I told people the address, hardly anyone associated it with the gallery where the exhibition was being staged, or with David Chipperfield’s loft, which faces onto the same courtyard. In fact most of them said: “Ah, that’s where the Studio Irvine is.” On that occasion I met Marialaura Rossiello, Irvine’s wife, who with genuine and stirring courage took over James’s activity after his death, along with Maddalena Casadei. And turned that studio into a home for herself and their two children, Giorgio and Giacomo.

This ought to have been the last question, something in confidence between mothers, but seeing how we’re starting out from here, from your home, I can’t help but wonder how we manage as “designer-parents” to keep separate spaces for the creativity of our children and our own, to separate their aesthetic or playful choices and our own. And in this connection, it comes to mind that while many designers take the trouble to make beautiful objects for their children, or for the children they would like to have been, you can’t find a stroller on the market that really provides all the functions that a parent (not a designer) might require…

This story of the stroller reminds me of when we had our first child. James was already in his fifties, a lot of designer friends were having children or had just had them (Jasper Morrison, Marc Newson) and we exchanged information about which was the best stroller. I went for the coolest and trendiest one, and James had to go along with my choice, but he was always saying to me: “What big wheels Marialà!” Whereas when it came to the high chair we were in perfect agreement!

I imagine that in your choice to set up home in the studio, above and beyond the convenience of being able to keep an eye on the children, there was also a desire to establish a continuity with James’s work for them. You could also have made the opposite choice, to keep yourself and the children away from a daily encounter with this memory.

The only place I feel good is here. Combining home and studio, and bringing the children here, was a very natural process. It’s easier for me to manage, it’s more fun for them. I think it really helps for them to feel close to what their father was, to breathe and live it. We have the impression that James is here with us, still. And I feel privileged to have inherited all this. The children play a part too, giving advice, saying: “OK mom, this chair can work.” Or: “No mom, we’ve already done a vase that was very similar.” It’s an incredibly important exchange. Obviously, one of them already wants to be a designer when he grows up, but he’ll have plenty of time to change his mind. 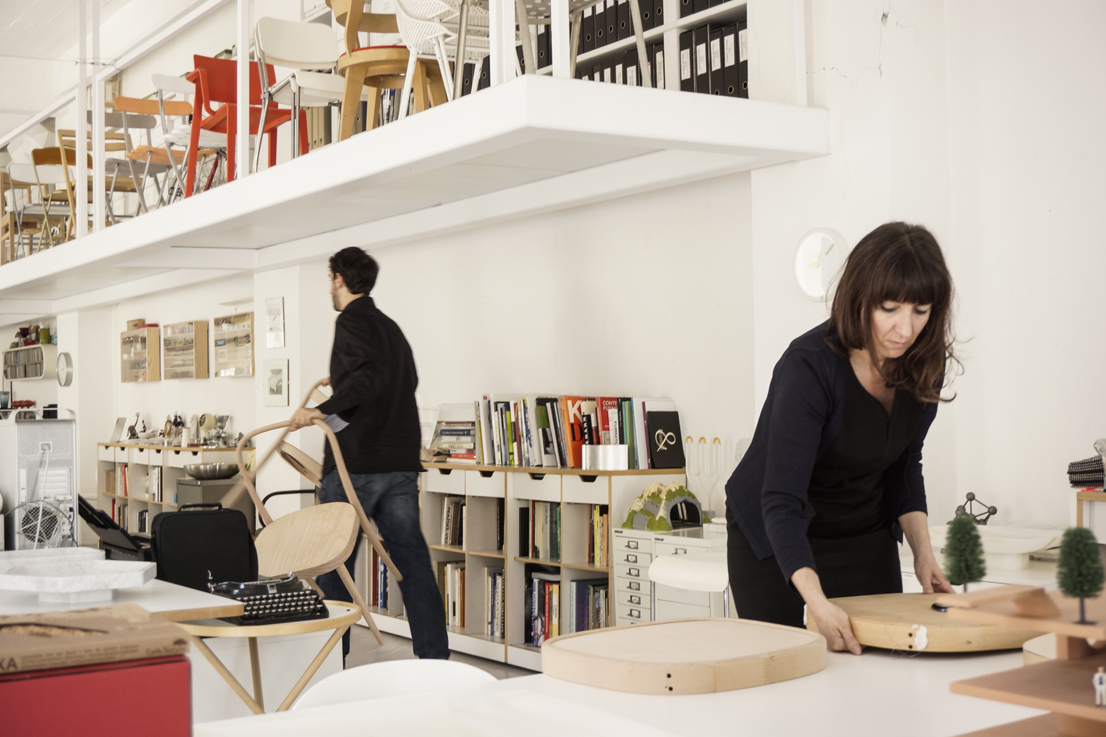 And for you, on the other hand, what did the decision to carry on with his name signify?

This too was a choice that almost made itself. Arper had invited me and Maddalena to go to London to give a lecture on James, not long after he died. Talking about James on that occasion was a wonderful experience, very intense and once again quite natural. In the evening we had dinner at his favorite restaurant, the St. John, we looked each other in the eyes and decided that we wanted to keep the studio going. The first, clear mission was to finish the work James had started, with Amorim and Offecct, for example, and to continue with other projects, like the ones for Muji and Marsotto Edizioni. And then there were the ones that I brought in as consultant and art director, and the clients that Maddalena had found.

Did all the clients stick with the projects under way, or did some pull out?

They all put their trust in us. It was as if the work of the studio had never been interrupted, and in fact the esteem that people felt for James and the ties he had forged turned into real displays of friendship, especially on the part of his fellow designers. Immediately after James’s death, all his former assistants came to ask how they could lend a hand, and his closest and oldest friends (Jasper Morrison, Naoto Fukasawa, Marc Newson, Konstantin Grcic) never stopped treating this studio as a point of reference. For me this is a demonstration of the extent to which, above and beyond the natural rivalry between designers, James had represented a linchpin and a generous support for all of them.

Was this ability to bind people together and make the most of each person’s gifts one of James’s qualities as a designer?

I’d say that it was a part of James’s essence: painstaking, ironic and generous. Characteristics that I draw on every day in my thinking as a designer and a person. James left me a great creative legacy from which I get the energy to tackle new challenges day after day.

In fact your studio has always had the reputation of a happy microcosm through which all the most important foreign designers passed when they came to Milan. An open studio, a “group,” even if as far as I know you never worked on joint projects.

No, but in the projects that James coordinated as art director he had always been very much at ease in orchestrating his friends and colleagues. It’s an approach that we are trying to carry forward, and that this year for example has found concrete expression in Working on Marble for Marsotto Edizioni, which we presented at the Accademia di Brera during the Salone del Mobile: six interpretations of the idea of working on marble from Morrison, Grcic, Fukasawa, Nigro, Lovegrove and the Studio Irvine. It was a way of bringing different minds together, and in the end everyone was very enthusiastic about the project.

And how did you interpret Working on Marble?

Toio and Isa are our projects. Toio is a writing desk with a bookrest, Isa a dressing table with a mirror, and what they have in common is their slender legs, in search of a formal and technological lightness. The two different models stem from personal needs. We asked ourselves: when was the last time we sat down to put on our makeup? That’s really a job for us women! 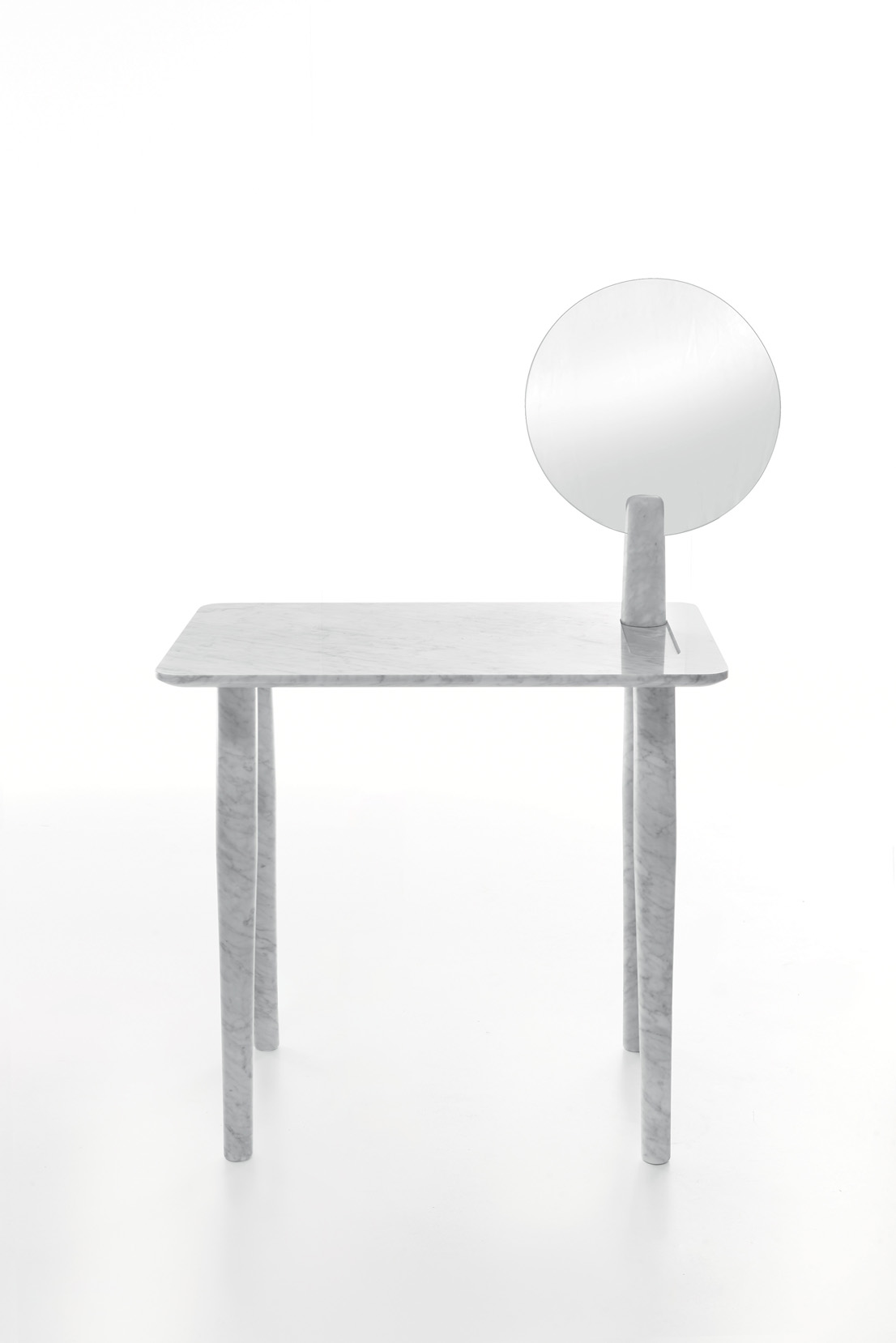 Irvine also took care of the craft side of the activity: the hand drawing, the colors, the tactile aspect, the prototypes. And now?

The things you mention are all means that allow us to arrive at the end result, and that’s still the case today. We start out from the idea turned into a sketch, then comes the transfer of the sketch onto the computer and after that the passage to the prototype workshop. And from there we go back to the sketch on the technical drawing, then we start all over again, until we are satisfied, obviously in a process of continual exchange with the company.

Among the companies you work with there are major international brands like Muji and small enterprises like the aforementioned Marsotto, but very few names of big Italian companies. How come? I’m sure that there are dozens of proposals in all those folders up there that can be sifted through and perhaps presented again at a more propitious time.

Yes, we have a lot of projects. All it needs is to have the patience to take them out, select them and decide what might do well and for whom. At the same time, though, we think that if James chose not to propose them, or if they didn’t get anywhere, there was probably a reason for it. Among Italian companies, one of the most successful collaborations has been with Arper, a young and dynamic enterprise with a precise vision and great courage in investment. 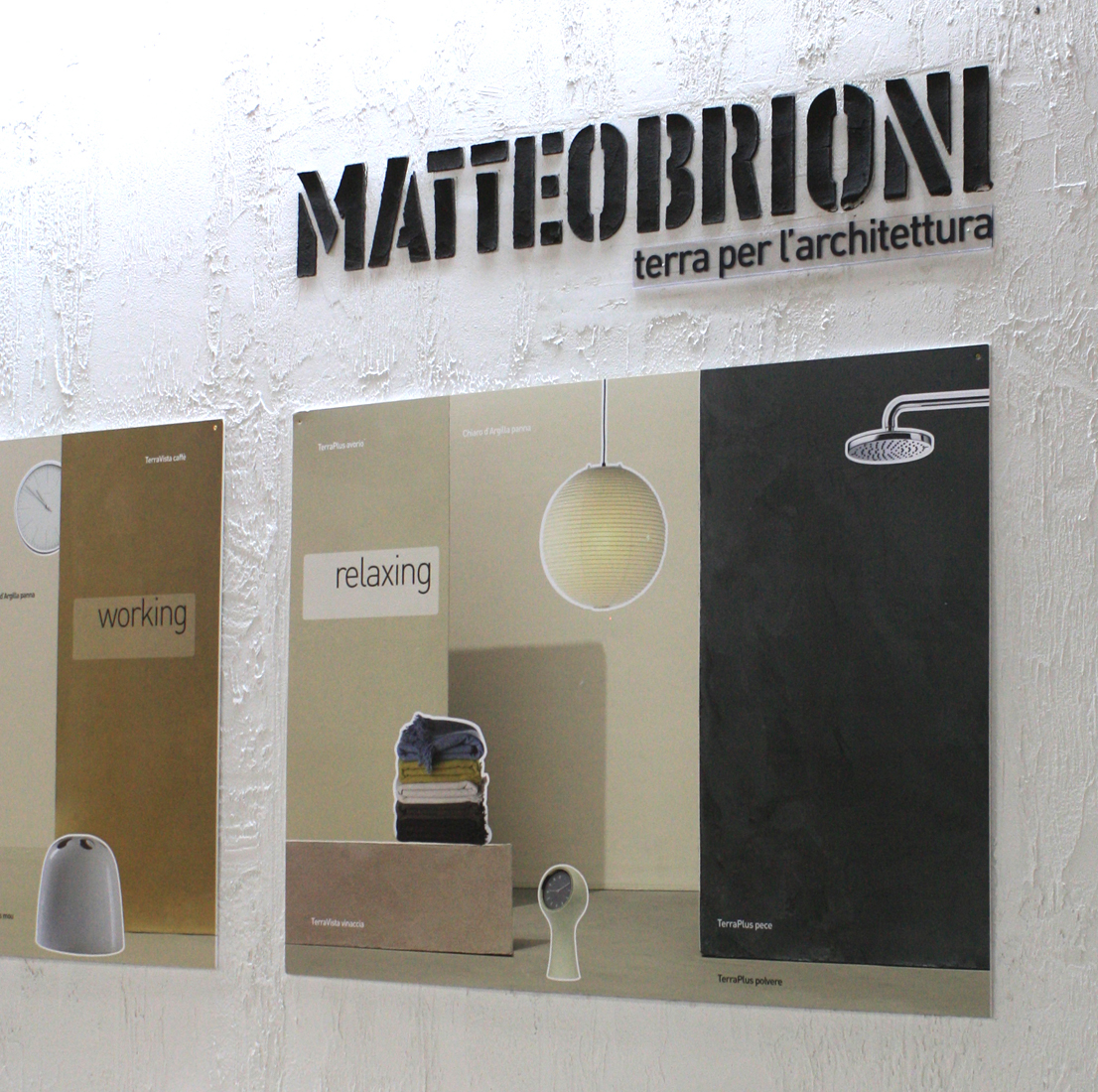 Apart from Marsotto, can you tell us about the other projects you’re working on?

Leaving aside the big companies, what catches our imagination is when a young entrepreneur has a good idea, or a good technology, and asks us to give him a hand in developing it, and thus enters the world of design. Maddalena and I vie to see who can bring in the “strangest” client. Often they are people with considerable knowhow, perhaps leaders in their sector, who want to do something new and hold a conversation with the world of design: combining design culture and business culture, and working in a tailored way to find an identity that can then be turned into a product. “Everything around us has been designed by someone,” James often used to say, and so why not tackle any kind of object? But the biggest challenge still lies in lighting design. We are on the lookout for entrepreneurs!

Here in the studio there are just three of you to deal with everything: from design to art direction to market analysis to image. What has it been like for you moving from an experience like the one you had at Danese, an enterprise run on family lines, to a studio that functions in the manner of a small company, like that of your husband?

They are two very similar kinds of activity, even if one is a manufacturer and the other a design studio. Our approach is total, at once humanistic and technical, where what is fundamental is exchange, the energy each one of us has to give, and nothing is neglected. We don’t do things just to sell them, there’s always a reason both to do a project and not to do it. I learned this “strategic” outlook from Francesco Zurlo, when I moved from Naples to Milan to attend his master’s course in strategic design: I tried it out first at Danese and then I tried to bring it to the Studio Irvine.

Was it at Danese that you met James?

Yes, we met there. We lived fairly close to one another and one day we ran into each other in the street. From that moment on James courted me relentlessly, until I gave in. But this all happened relatively recently, in 2004. I had been in Milan for four years, James for more than fifteen. 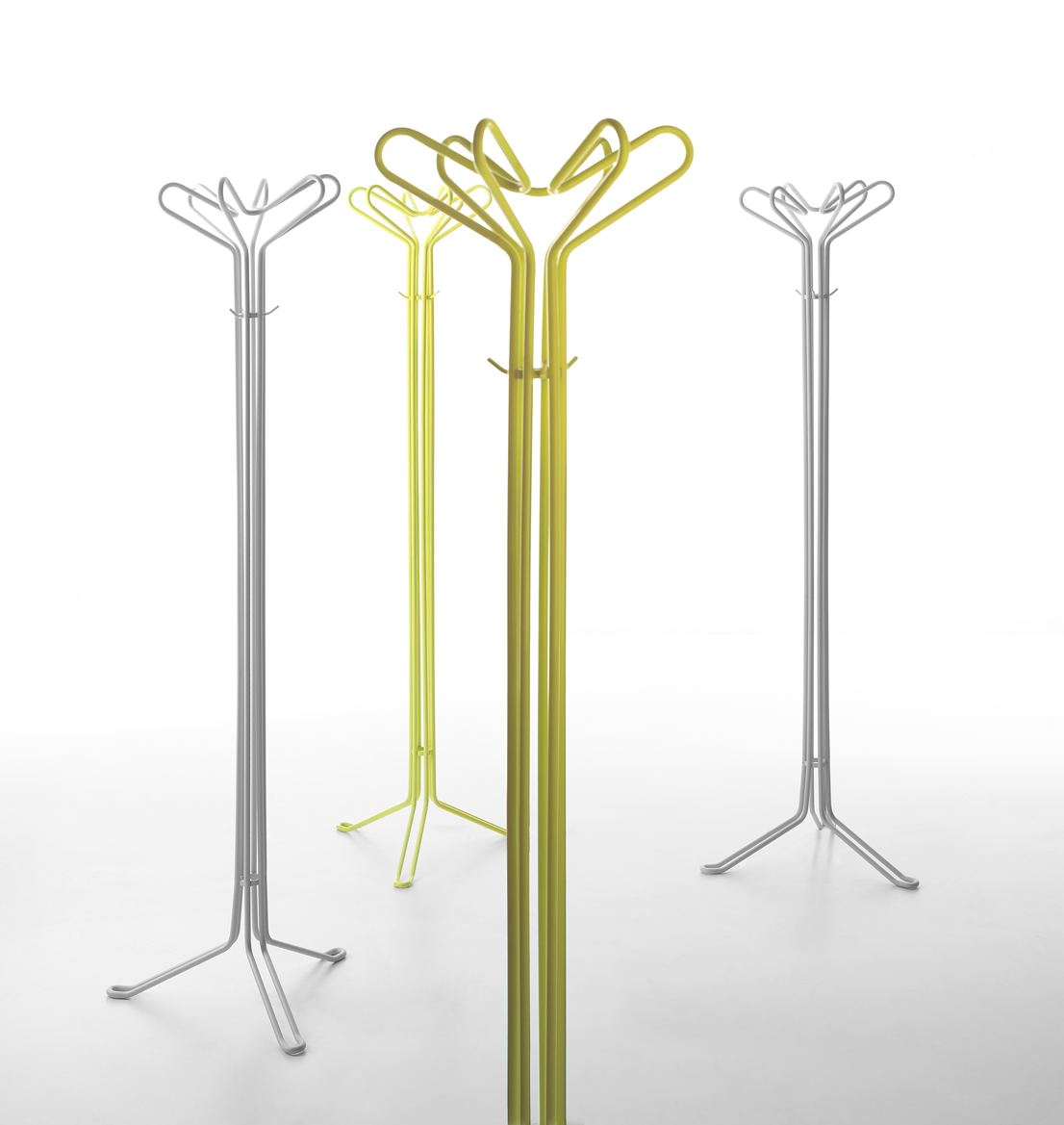 Why had he come to Milan from London?

His architect father had sent him there: “Go to Milan and get some experience.” And he never went back. He started with De Lucchi, then Olivetti, Sottsass and others.

What do you miss most about James, I mean in your work?

Everything. Perhaps most of all his touch. Maddalena adds his “brief-style chatter,” which I’d call “life chatter.” James was incredibly generous in sharing his designs, his ideas, even his contacts. He was severe and meticulous, but was able to question his own ideas. At the center of each project there was always an intellectual exchange that could lead to heated discussions and quite different conclusions. James undermined your point of view and told you his, trying to persuade you. So by the time we went back to the studio the next day, we had each had our convictions undermined. And we started again. 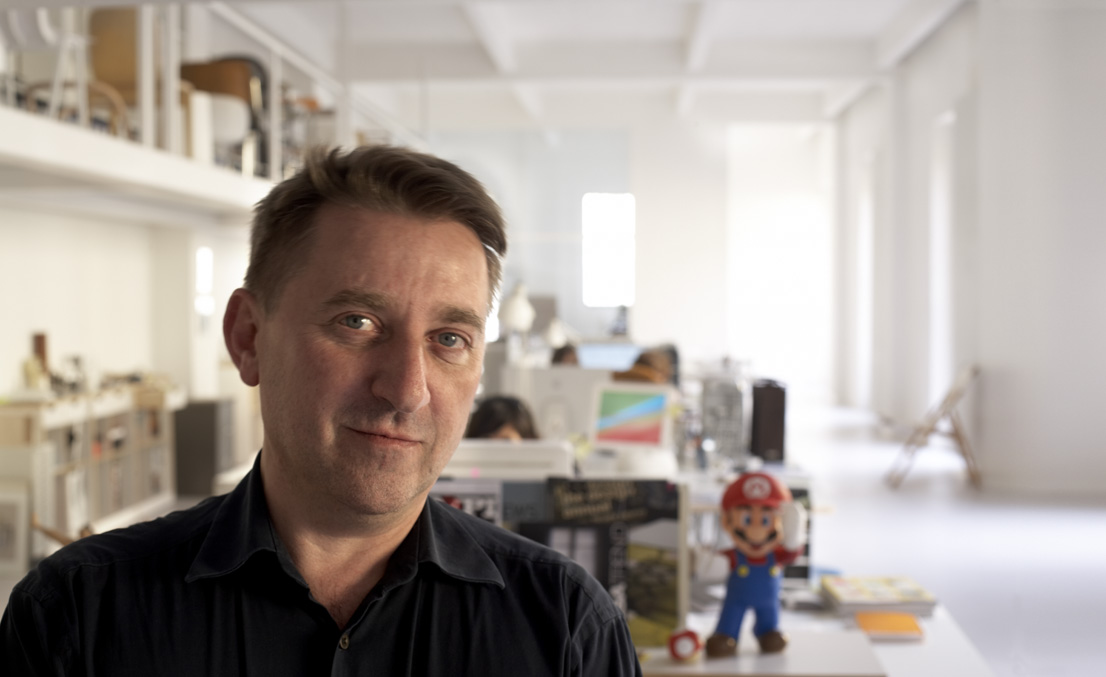 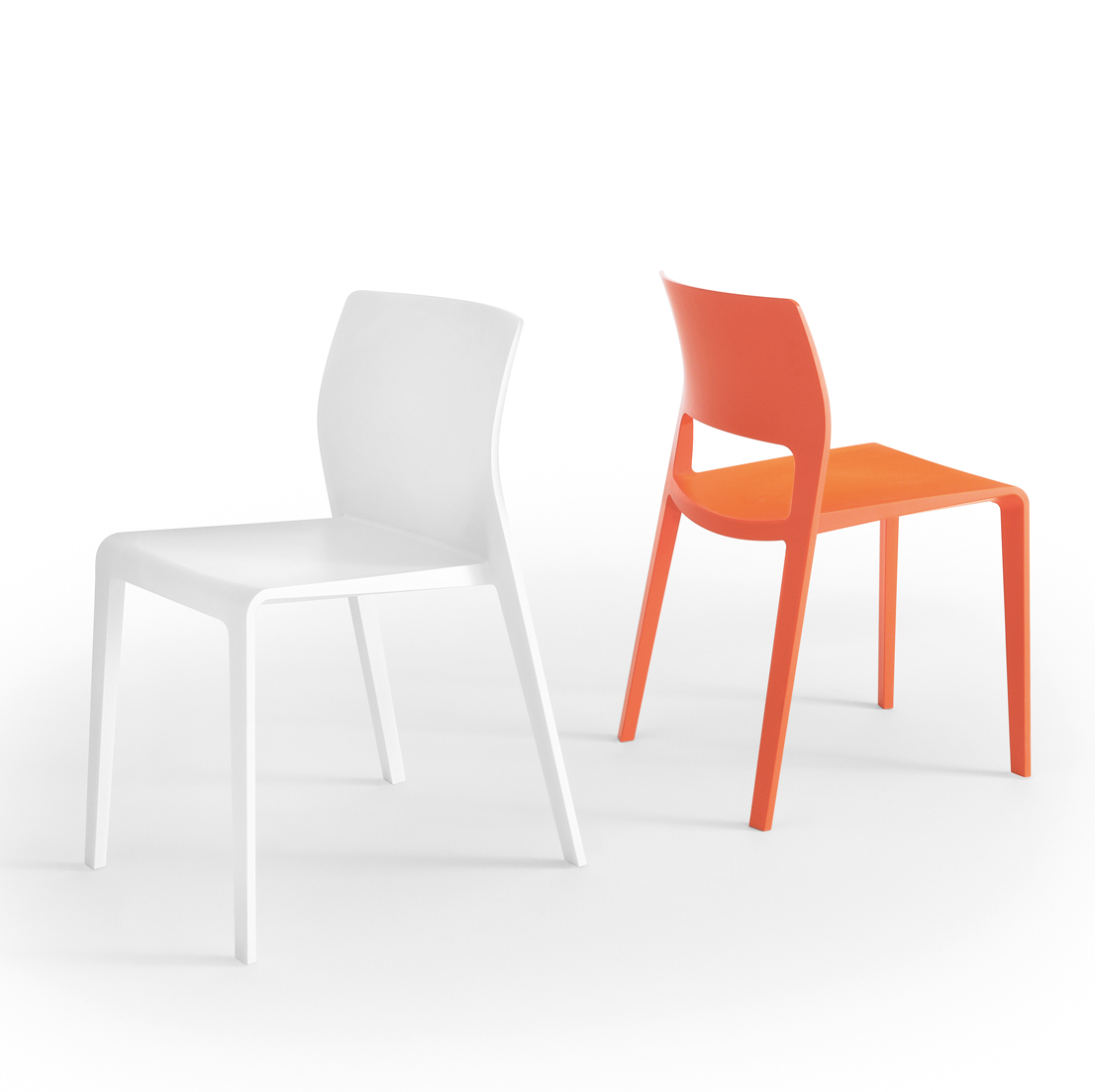 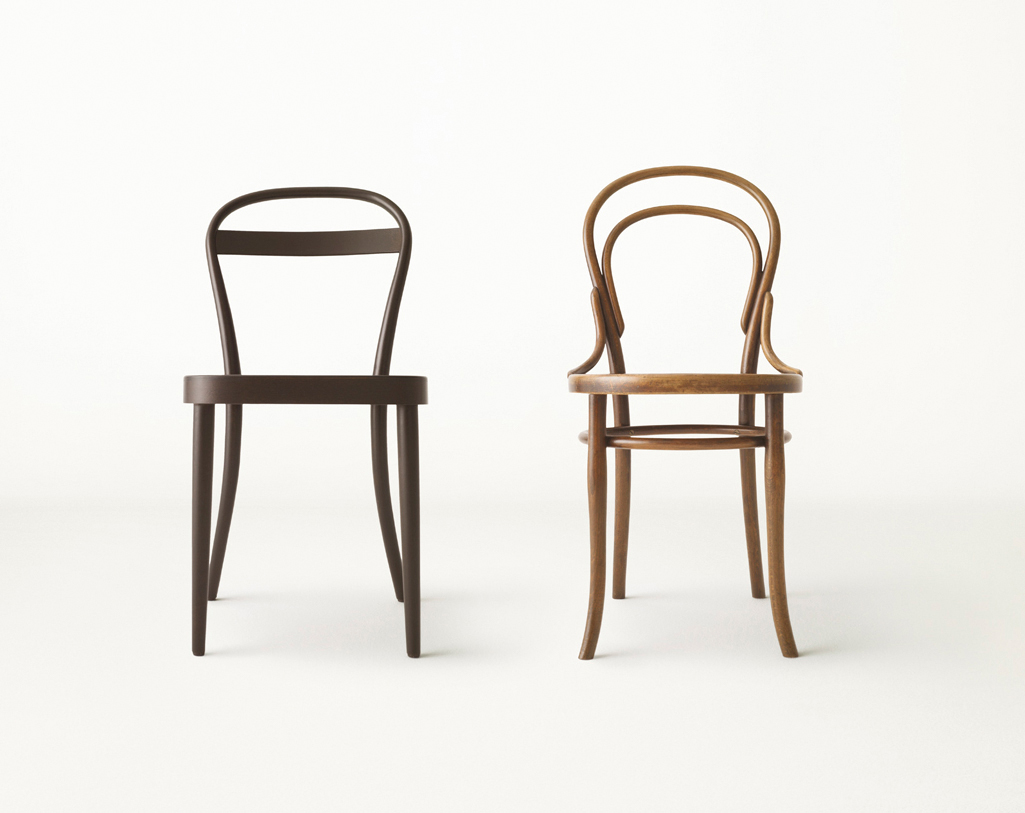 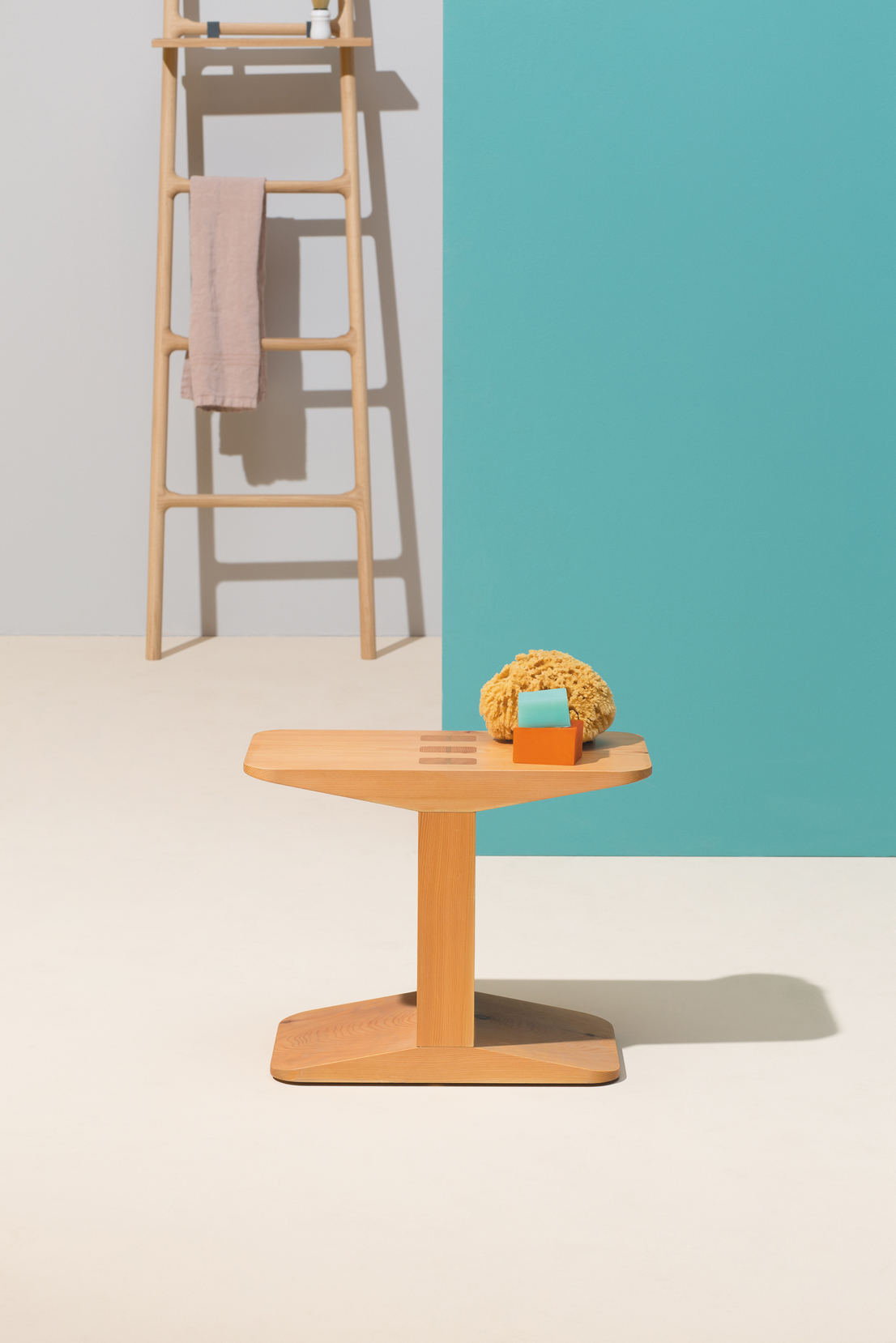 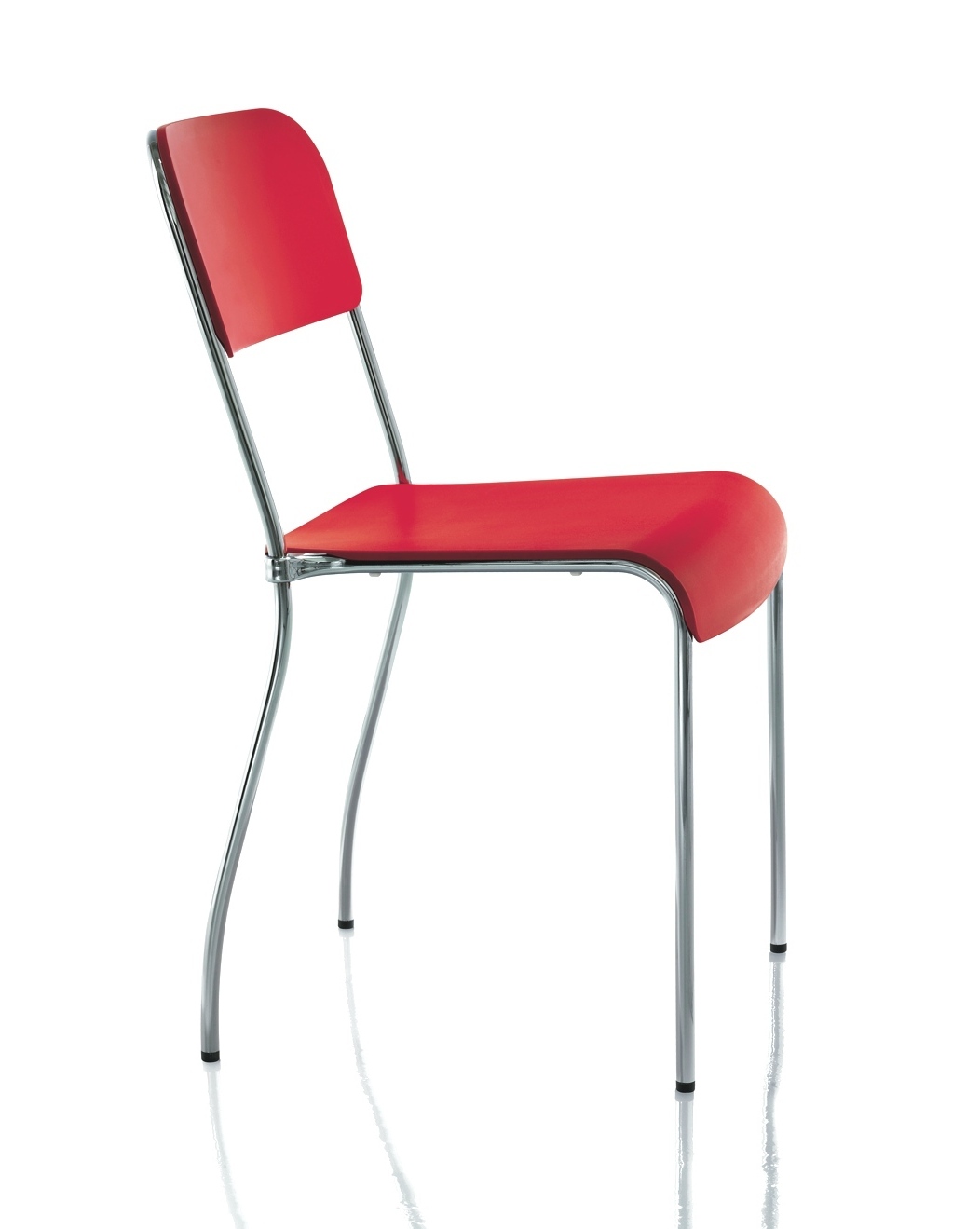 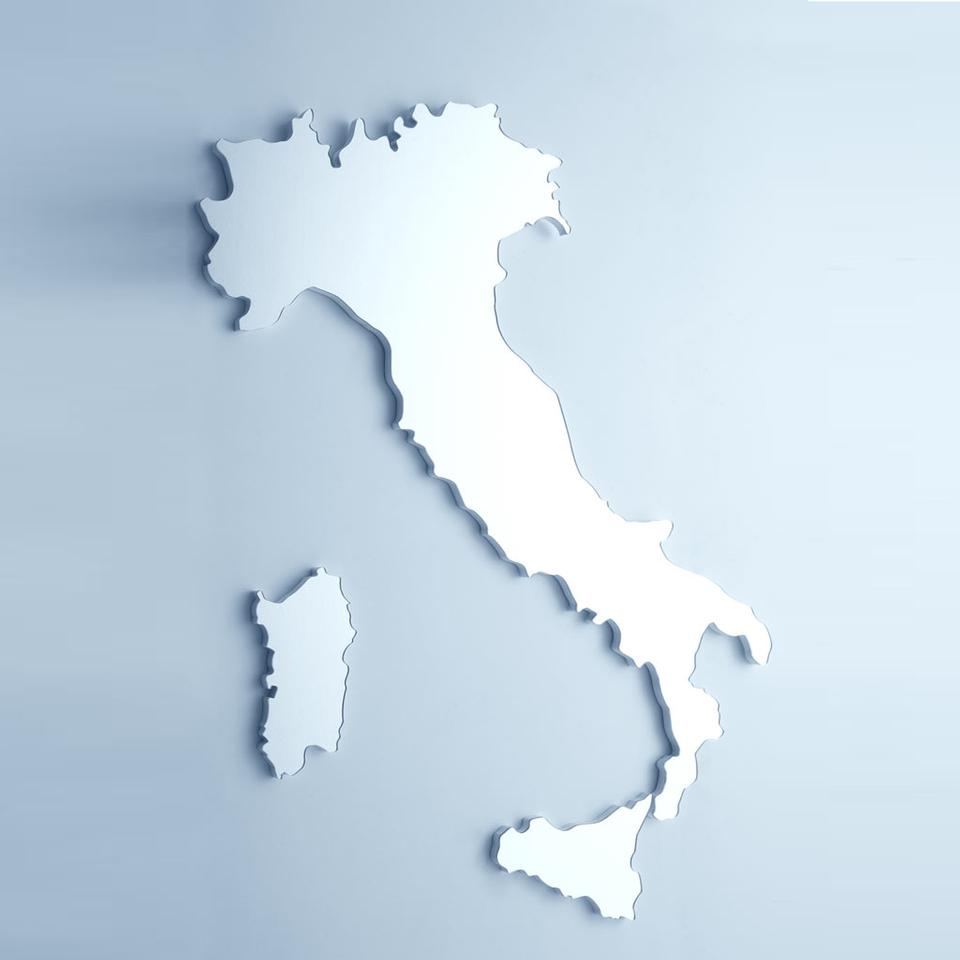