Skeletonization is an extremely refined and complex art: you take a movement and strip away everything that is superfluous until all that is left is a pared-down framework that still allows the watch to function adequately. This is what Breguet has done, displaying great savoir-faire in the superb skeletonized version of its extra-thin self-winding tourbillon, presented for the first time in 2013, which uses a caliber that is just 3 mm thick, one of the finest self-winding tourbillon movements on the market. Now with almost 50% of the material removed in the skeletonized version and transformed into a sort of precious piece of lacework. A display of virtuosity whose execution has represented a great challenge: the risk, in fact, was that of undermining the rigidity of the baseplate and bridges, especially when using a metal like gold, which has been specially hardened by the manufacturer. Decorated using techniques of engraving, beveling and engine turning or guillochage carried out by strictly traditional methods, the 581SQ caliber lays bare all its fundamental components: from the peripheral oscillating weight (employed as a way of “saving space” in order to contain the thickness) to the “high-energy” barrel that by itself provides a power reserve of 80 hours. 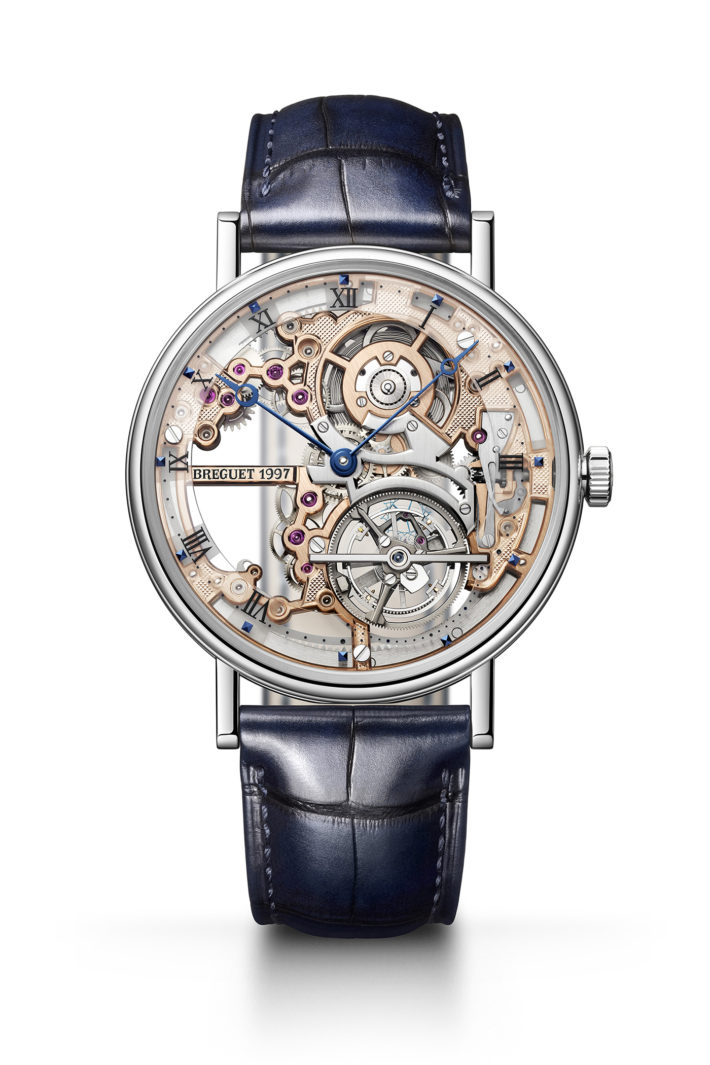 The quality of the finishes is of the highest level. The guilloché with a Clous de Paris pattern, for example, which is normally the trademark of Breguet dials, has now been applied to the baseplate too and for the first time executed with diamond-tipped tools. The exclusive technique of engraving by hand has also been used for the various inscriptions, visible both on the side of the dial and on the case back. All the sharp edges of the bridges have been patiently chamfered with a file until a perfectly smooth and even 45° bevel was obtained. Traditional in appearance, the Classique Tourbillon Extra-Plat Squelette 5395 takes up the legacy of the brand’s founder, Abraham-Louis Breguet (who was also the man who patented the tourbillon in 1801), and projects it into the new millennium. Revealing a cutting-edge spirit that finds expression in the adoption of silicon for the escapement wheel and hairspring, a material totally insensitive to magnetic fields and extremely resistant to variations in temperature, and in the very light titanium carriage of the tourbillon, weighing just 0.29 grams, that engages directly with the wheel train and not via the intermediary of a pinion at its base, allowing it to be made even thinner. The case, which is just 7.7 millimeters thick, is in the unmistakable Breguet style, with a delicately fluted case band and lugs that fold back on themselves. The sapphire dial, designed to be as transparent as possible, reveals the off-center tourbillon carriage and hours chapter ring with applied markers in blued gold and the distinctive moon-tip hands that are now universally known as Breguet hands. It is available with a rose gold or platinum case. 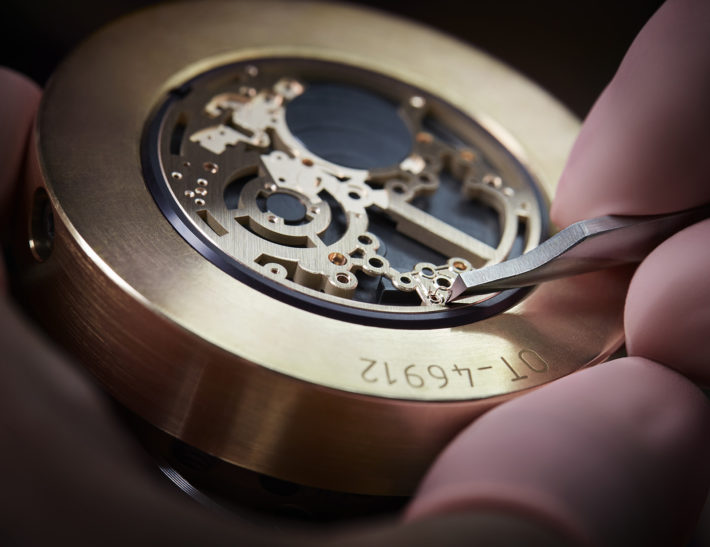 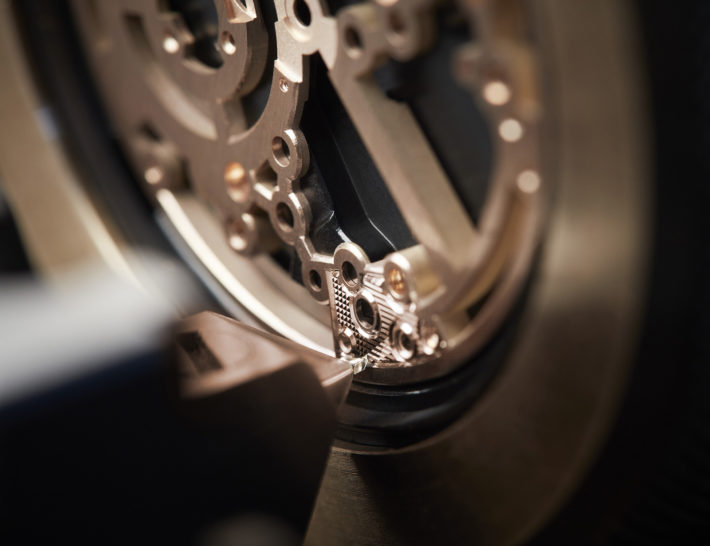 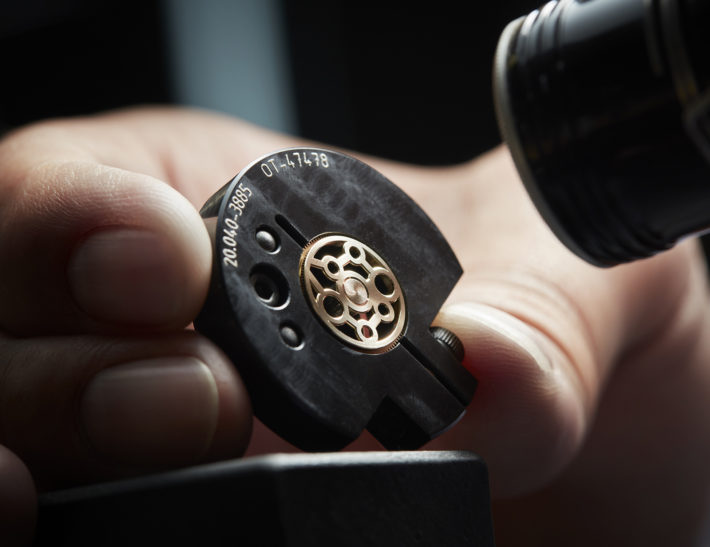 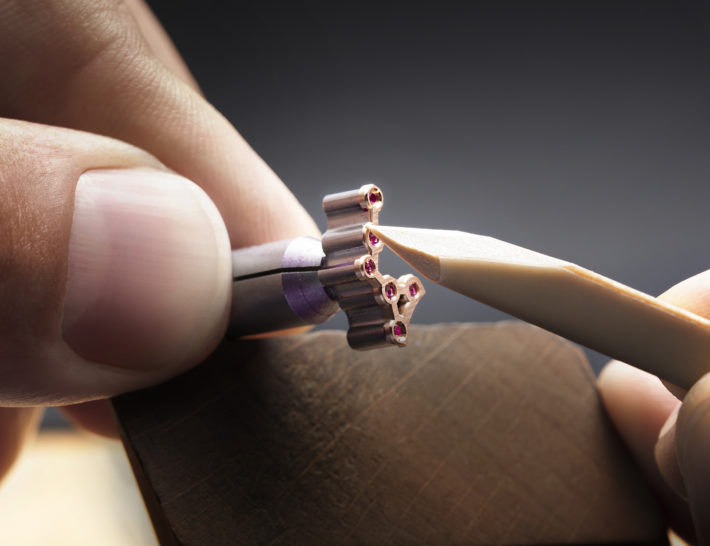 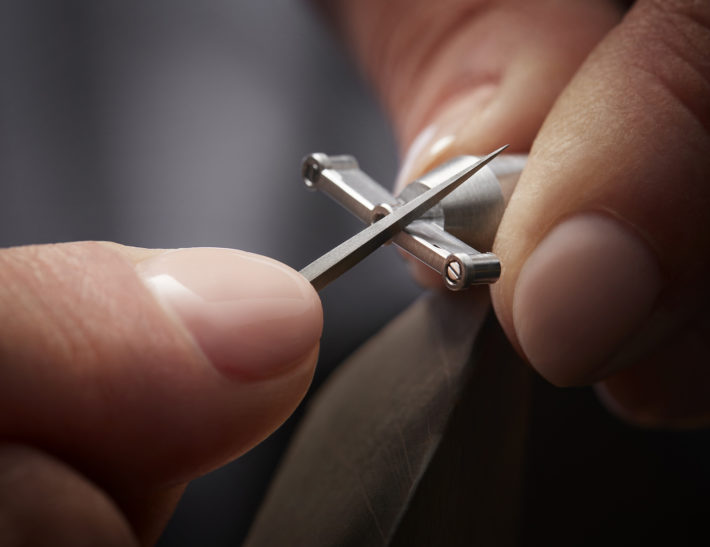 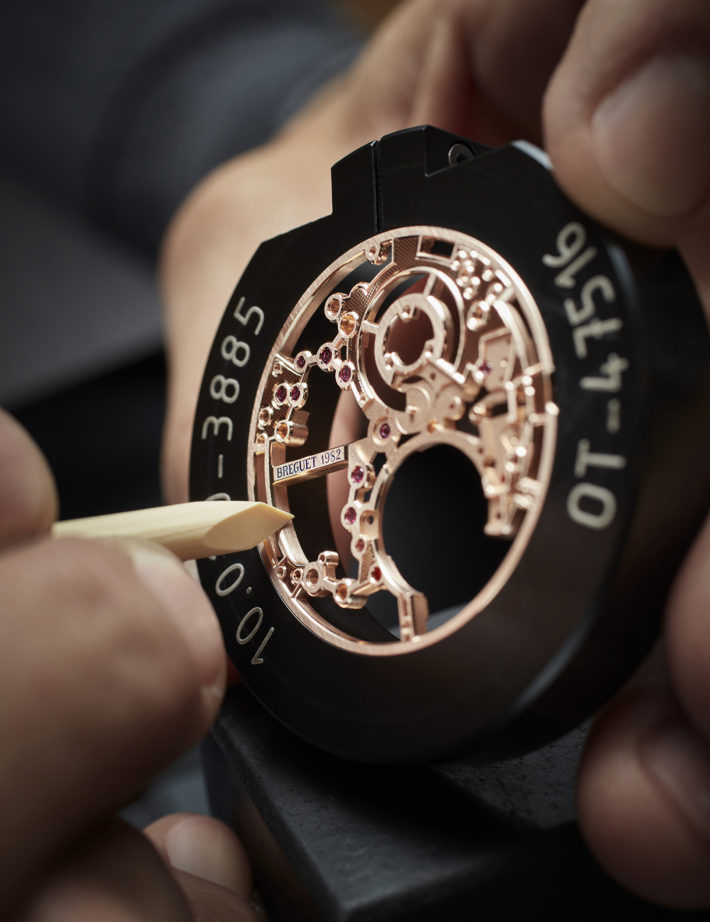 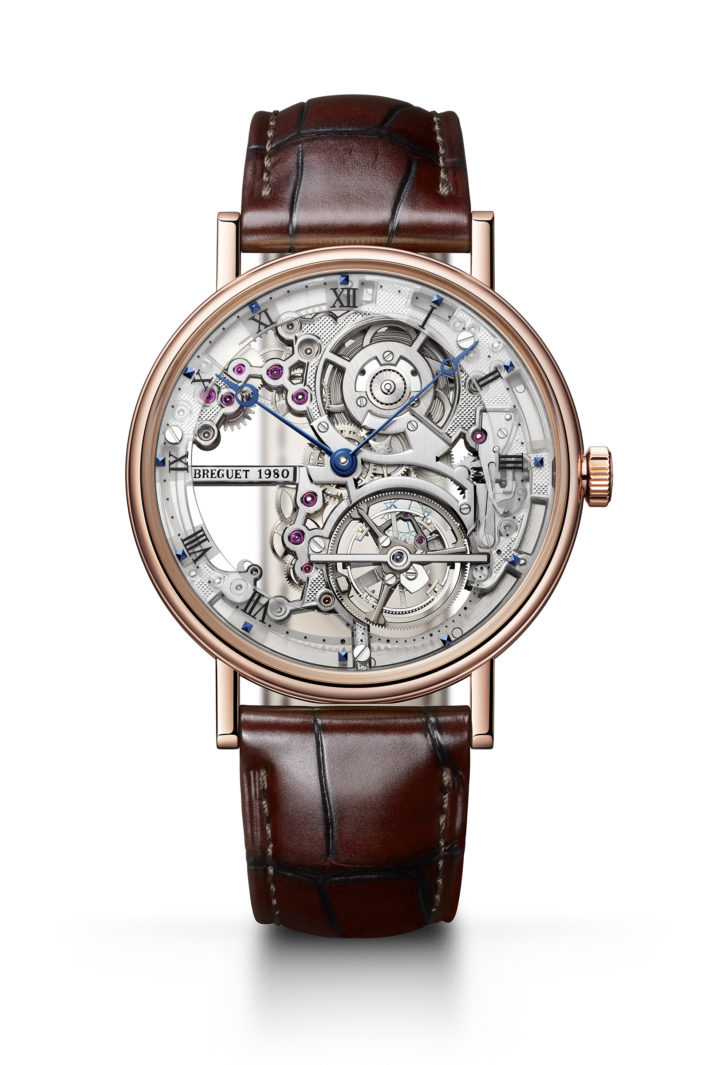 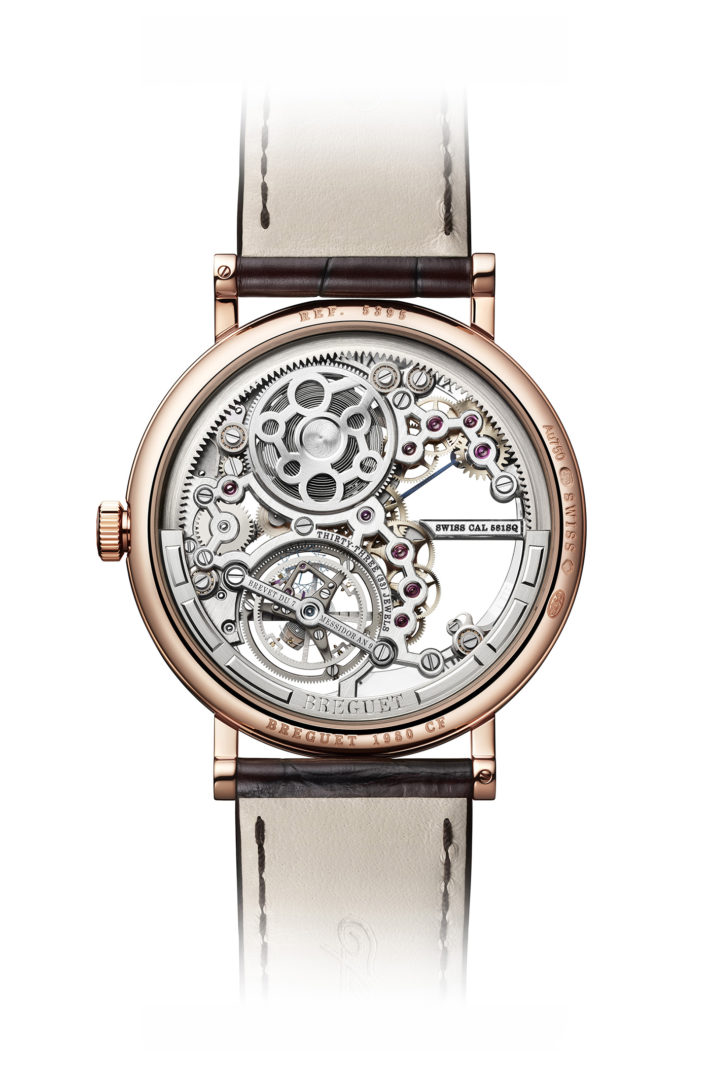 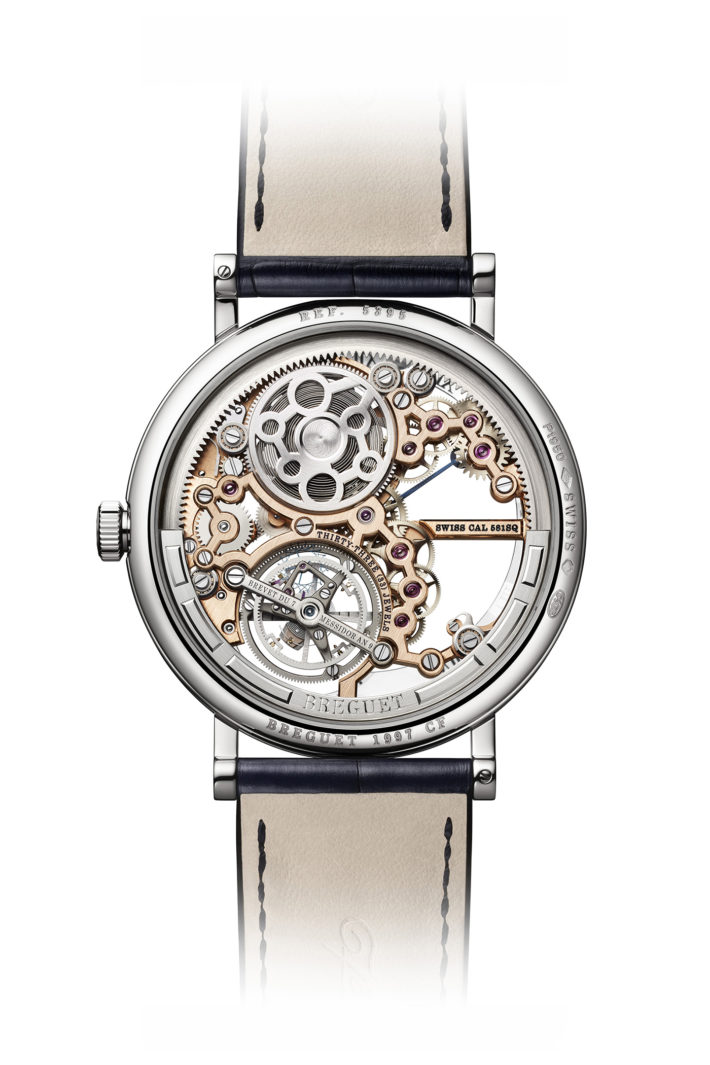 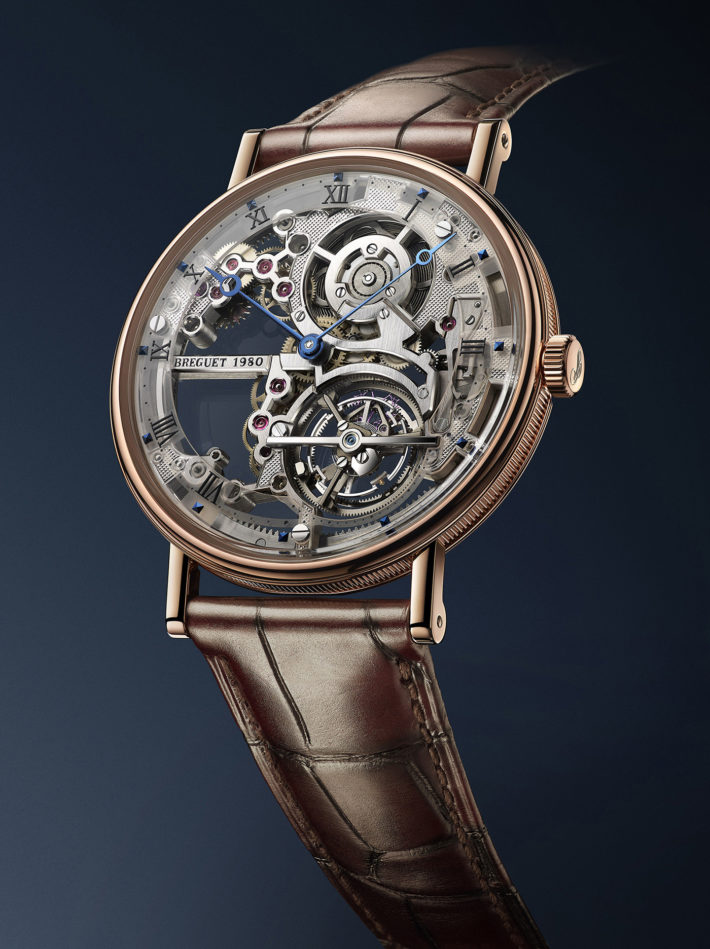 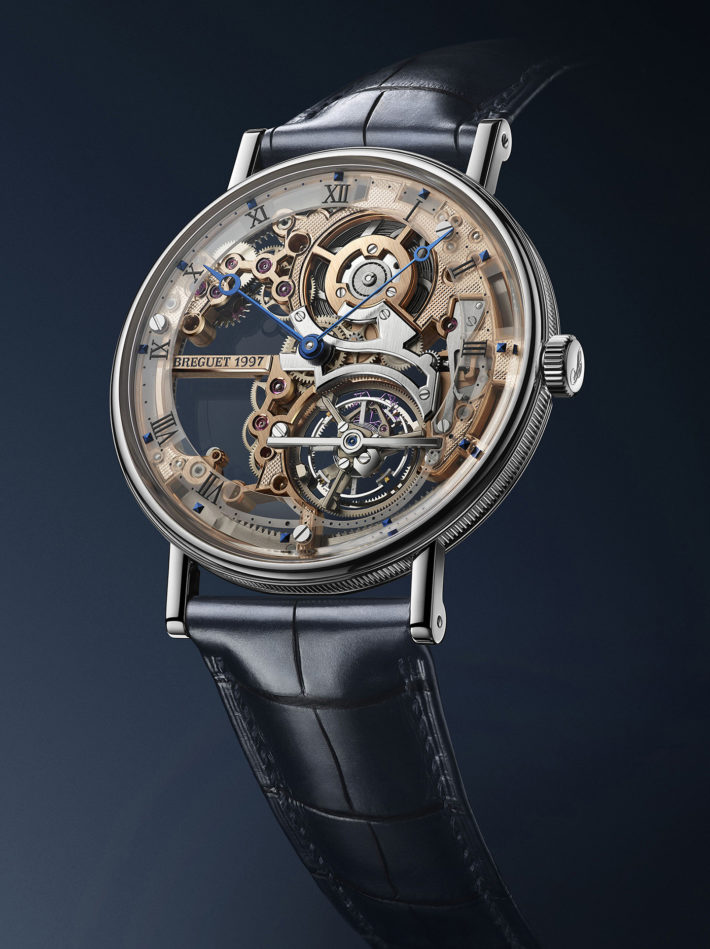