Electric cars are still in a minority, but the future is already set in stone, it belongs to them. All the manufacturers are moving in that direction. The first important step was taken by Tesla, which has radically altered people’s perception of this kind of automobile: no longer mere means of getting from one place to another, but innovative vehicles that can delight us and be fun. Since then, the passion for the electric has gone much further and has reached a segment of the market that up until a few years ago would have seemed forever beyond its reach, that of the sports car. This is the case with Porsche, which has succeeded in redefining the concept of the high-performance car with the Taycan, without disappointing lovers of rods and pistons. The style is very contemporary, with a band of LEDs running right across the rear section and evident allusions to the 911 and the Panamera. The main stylistic innovation, apart from the headlights at the front, concerns the profile of the hood and trunk: No longer having to reckon with the cumbersome presence of an internal-combustion engine, its designers have been able to give free rein to their creativity and play around with the car’s lines, making them softer and more rounded than usual. Part coupé and part sedan, the Porsche Taycan is almost 5 meters long and seats four people. Although the layout is the same as ever, the interiors have lost an element that has always been present in the cars made at the Zuffenhausen plant: the analog rev counter. It has been replaced by a sort of potentiometer, whose central indicator now shows how much energy is recovered and how much power is being used. Every element of the dashboard is digital and can be customized to suit the driver’s needs. The infotainment section is activated from a 10.9-inch touchscreen positioned at the center of the display that can be replicated—as an optional—in front of the passenger seat. Everything inside the vehicle and on the instrument panel meets the standards of a state-of-the-art vehicle. 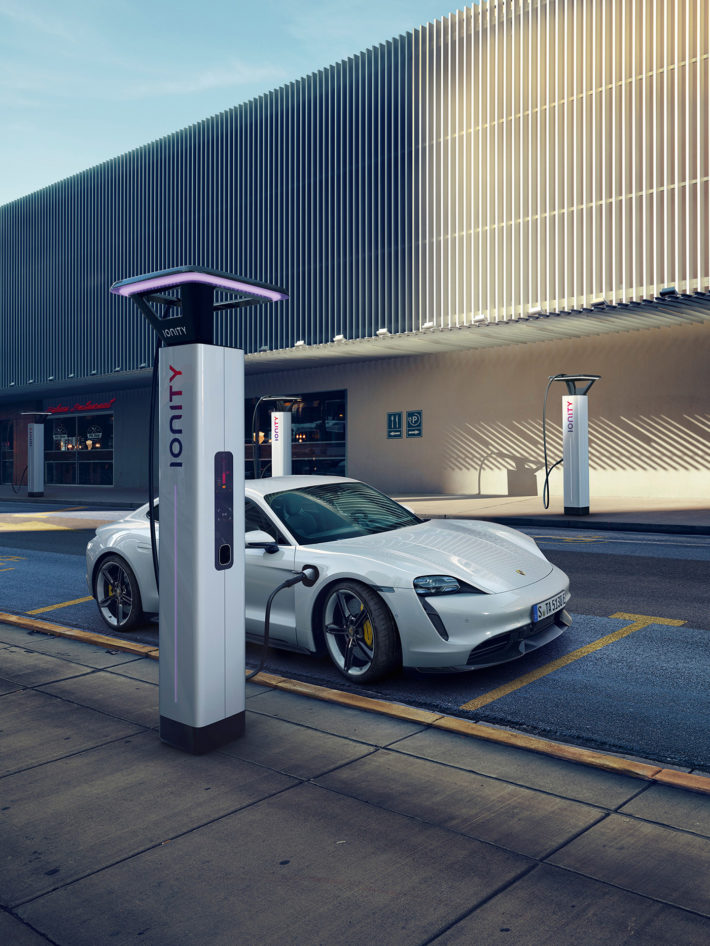 But now we come to the heart of the Taycan, the electric powertrain. There are three versions: 4S, Turbo and Turbo S, with a system voltage of 800 volts and fitted with two electric motors, one for each axle, giving the Taycan in fact an all-wheel drive. The 4S is available with two different battery packs: the Performance with a capacity of 792 kWh, which delivers 390 kW (530 PS) of power and has an operating range of 407 km, and the 93.4-kWh Performance Plus, which raises the output to 420 kW (571 PS) and the range to 463 km. In both cases, the car accelerates from 0 to 100 km/h in 4 seconds and the top speed is 250 km/h. For the Turbo and Turbo S variants, the 93.4-kWh battery pack is fitted as standard: the former is able to deliver up to 500 kW (680 PS) of power, in combination with the Launch Control function, while the latter can reach 560 kW (761 PS). Impressive numbers certainly, and matched by an even more striking torque of around 1050 Nm. As far as the distance between charges is concerned, the Turbo has a declared range of 450 km and the Turbo S one of 412 km. The two versions accelerate from 0 to 100 km/h in 3.2 seconds and 2.8 seconds respectively, while the top speed is 260 km/h for both. It is legitimate to ask, given such thrilling performance figures, how long it takes to recharge the batteries: at the rapid charging stations of the Ionity consortium 5 minutes are sufficient to obtain a range of 100 km; to reach a level of 80% state of charge takes just over 22 minutes. With anxieties over recharging assuaged, the Taycan on the road displays all the verve typical of models of Porsche. Its weight does not place excessive limits on its agility between curves, while the acceleration is the most astonishing aspect of all: it’s not so much a question of times. What makes the difference is the brutal force. The three models can already be ordered in Italy, with delivery from 2020 onward. 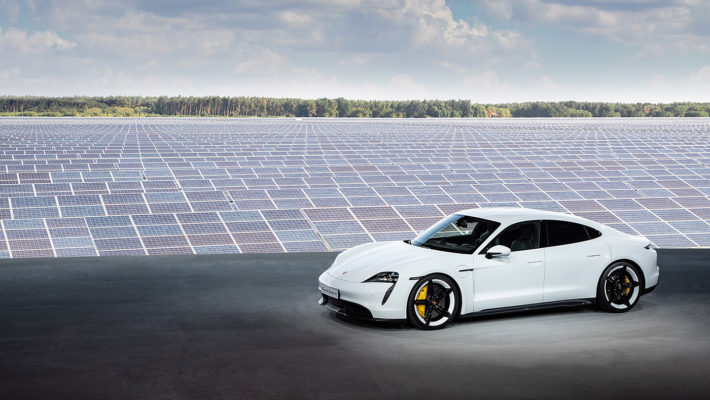 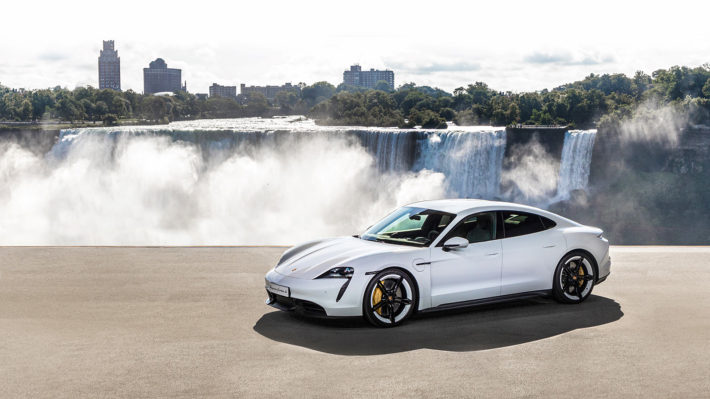 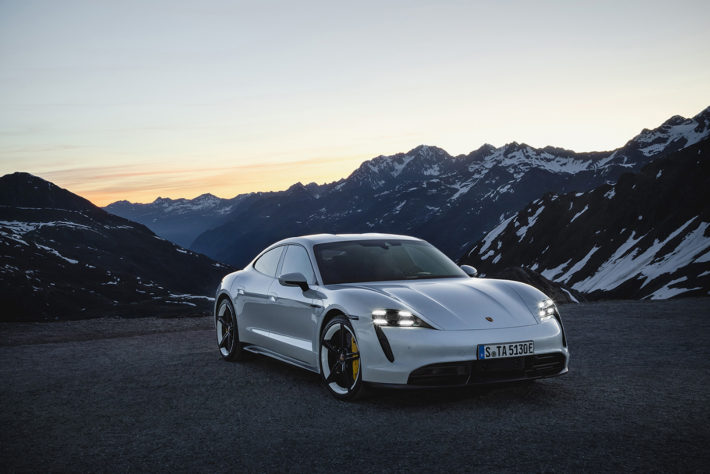 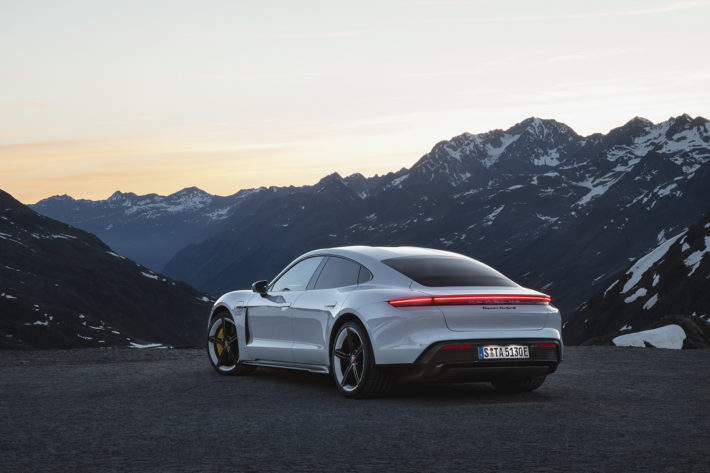 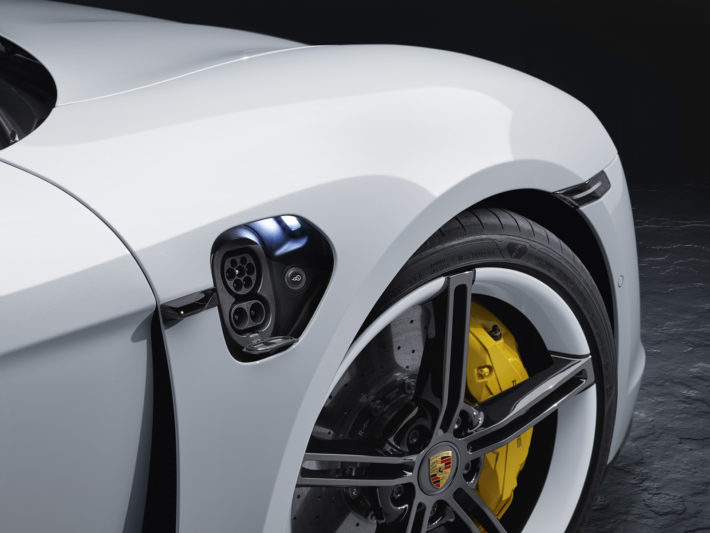 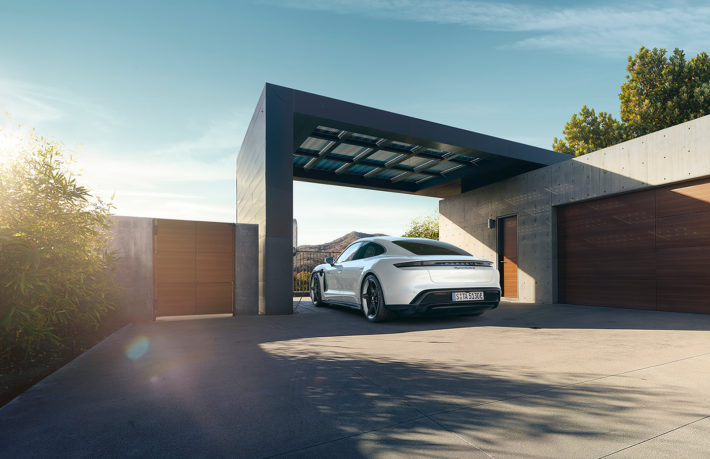 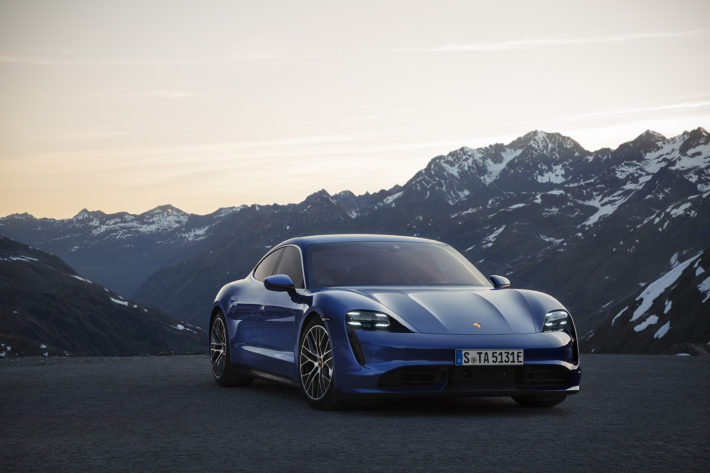 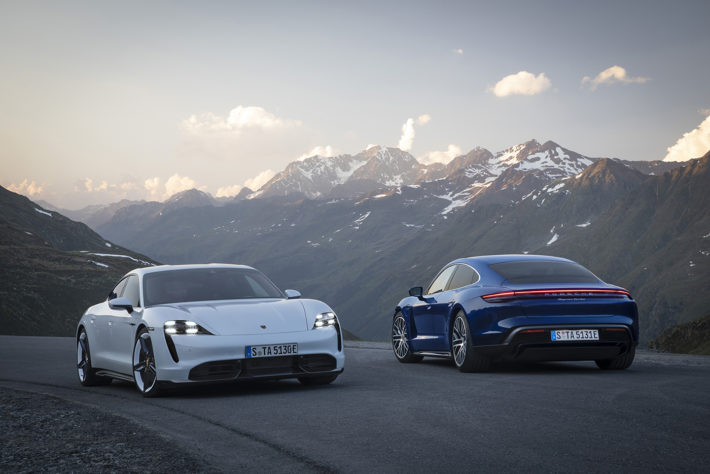 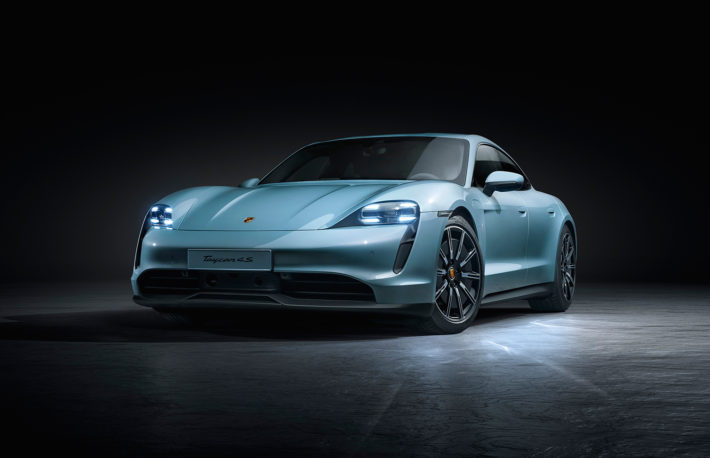 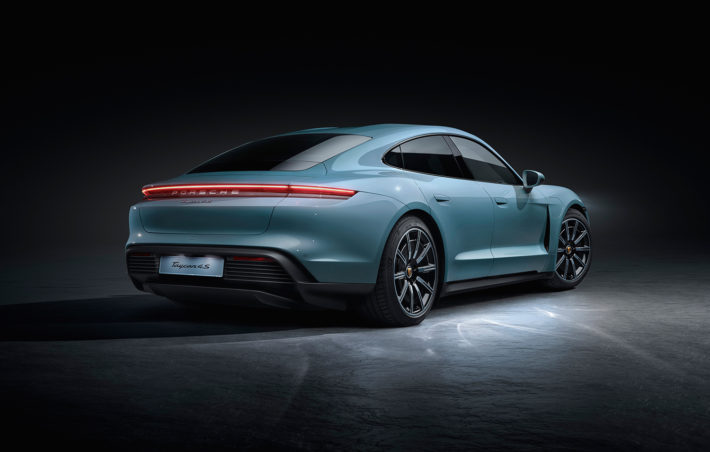 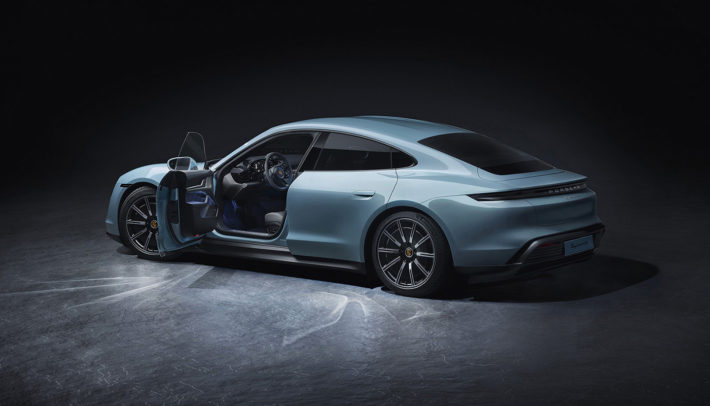 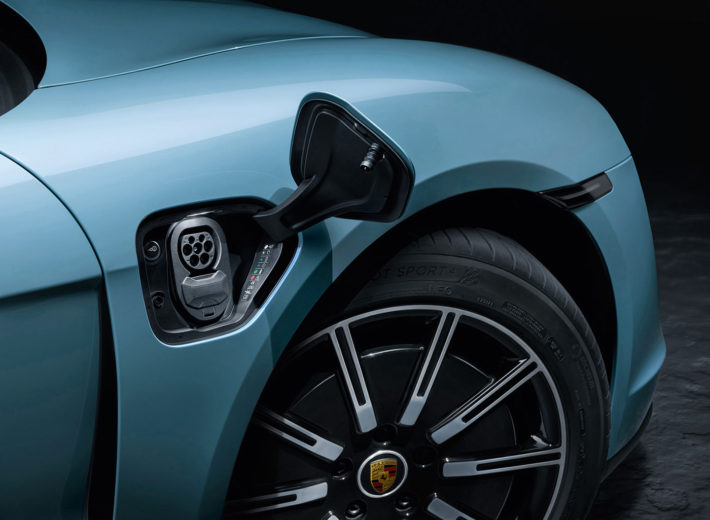 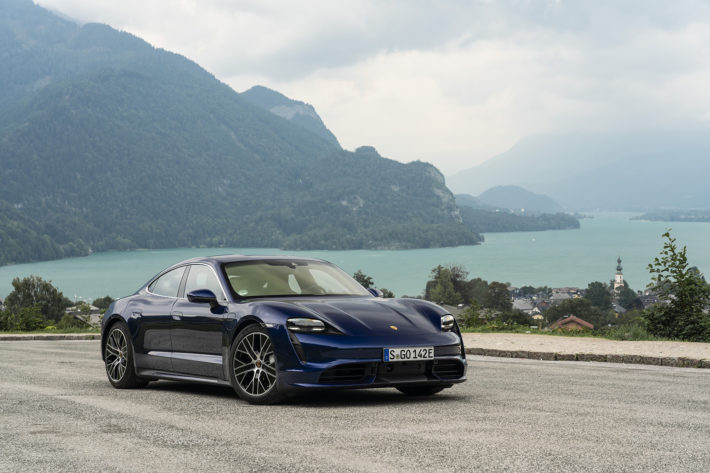 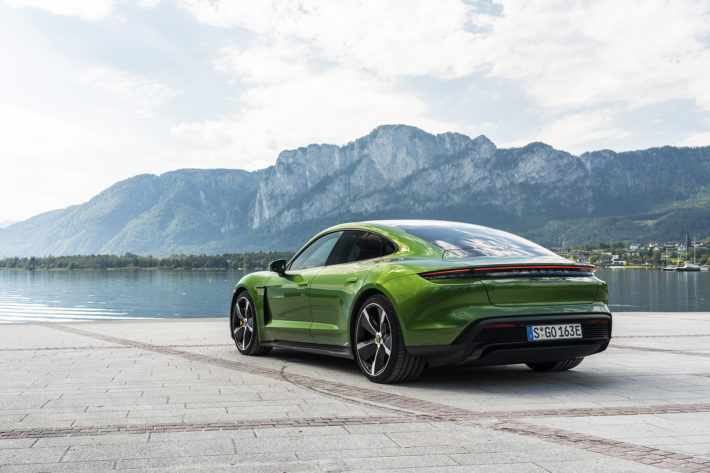 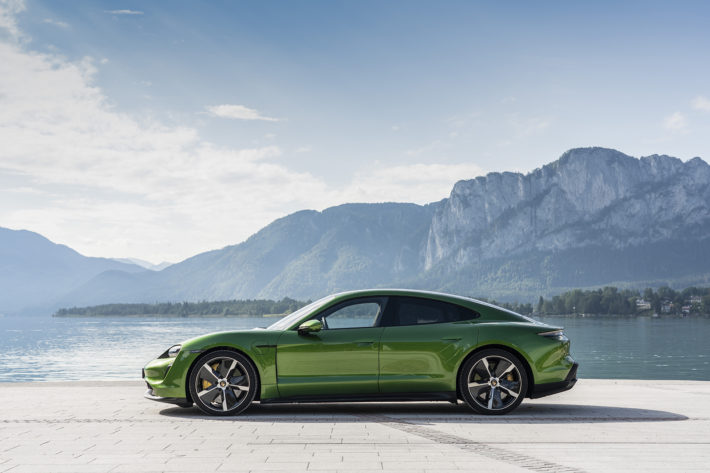 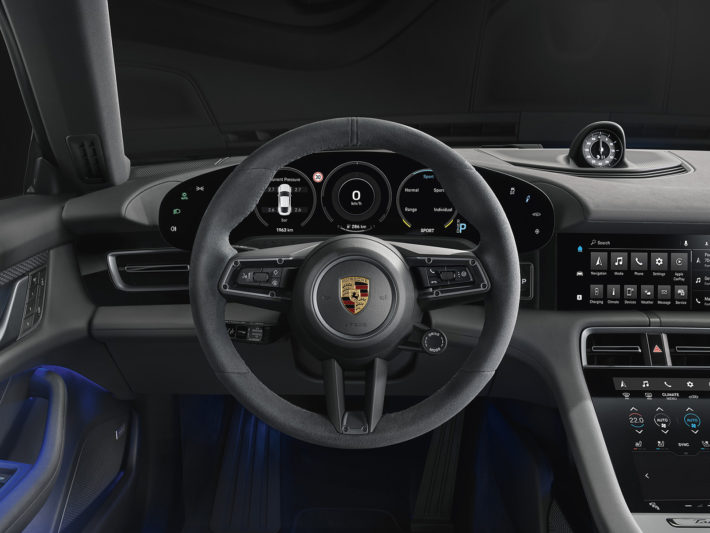 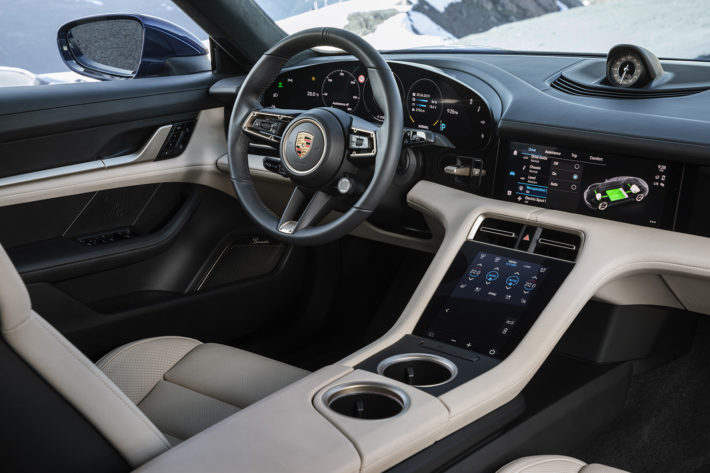 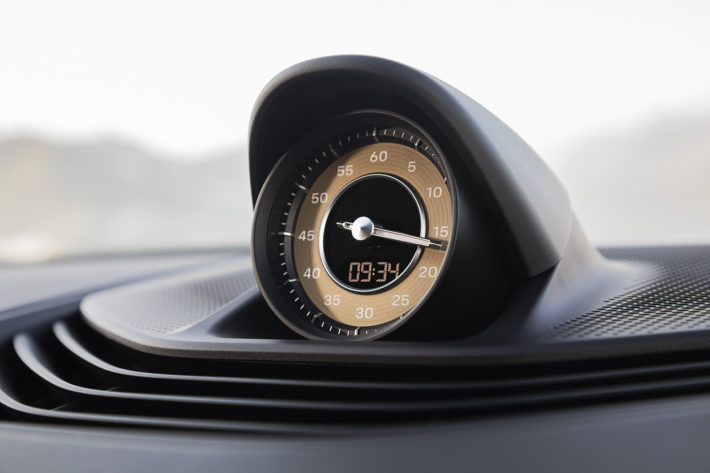