Andrea Pompilio has been a well-known name in the world of fashion since at least 2011, when he won the Who’s on Next prize at Pitti Immagine Uomo in the prêt-a-porter menswear category—a standard that he was able to revolutionize without renouncing the codes of Italian elegance. After thirteen years working with Prada, Calvin Klein, Yves Saint Laurent and Alessandro Dell’Acqua, AP has been on the market since 2010 with a brand of the same name that reinterprets modernist aesthetics with great chromatic discipline and an urbane and relaxed approach to menswear. He has been called “the male answer to Isabel Marant,” even if he has very few of the boho-chic stylistic features that are characteristic of the French designer. And yet the comparison is not arbitrary. At bottom, the two fashion houses have an important trait in common: the proposal of luxury apparel that always remains decidedly wearable.

Your mother is a painter and father an architect. Talent and orderliness. What part do these two poles play in your work or in your life?

My way of conceiving and designing clothes is undoubtedly influenced by the methodology I acquired from my father. My drawings always have clean and precise lines and are always done on tracing paper, the kind used by architects. My collections are also strewn with elements I’ve inherited from that world: the attention to volumes and proportions, the use of graphic motifs. But it is equally certain that my style reflects another part of me which is attracted to everything that is “wrong”: inappropriate combinations, out-of-place details, colors that apparently do not match. This dualism between rule and fancy is recurrent in my life as well as in my creations. In a sense, it is the key to the fusion between sartorial canons and urban crossovers that is typical of my aesthetics.

What do architecture and fashion have in common and what makes them different? Is fashion for you more architecture or painting?

They certainly have in common a construction that starts out from an idea and a line and then turns into material. I think that fashion is a third way, not perfectly assimilable either to architecture or to painting.

You have said that at the age of eight you already wanted to be a designer. How was that possible? Pesaro, in short, is not Milan, and still less New York. You already knew what fashion designers did?

In Pesaro my grandmother was the owner of several boutiques where I spent much of my time. I remember clearly the colors of the fashion of those years, the materials and the “over-the-top” details. I liked to touch the fabrics, to watch the customers coming and going. And then there were my two grandfathers: one was a very elegant gentleman of Pesaro, the other a stern officer dressed in an impeccable military uniform. My fascination with menswear has been greatly influenced by their style, which has also had an effect on my creative identity. Of course, at the age of eight I didn’t have a precise idea of the job of a designer, but my interest in the world of fashion was already very great.

How were the eighties for Andrea Pompilio in the provinces? How did your interest in fashion find expression when you were a teenager?

It’s true, Pesaro is neither Milan nor New York, but it has for example an excellent School of Art, the one where my father taught and where almost all my family had been educated. In short, growing up in the provinces was not a handicap. It prepared me to make my way in a complex world that I was able to tackle at the right moment. Because afterward, luckily, came Milan and New York.

When you were eighteen you decided to enroll in the Istituto Marangoni. What impact did Milan have on you?

I recall it very well, for me Milan was a megalopolis! And above all, there was the fashion! Those were years of great ferment, the fashion system was in fine fettle and there was a wonderful atmosphere, which later almost vanished, and perhaps only recently has begun to return.

Is that where you had your first encounter with the tradition of Italian fashion?

Mainly, it was there that I had my first encounter with Fashion with a capital F. Those were the years of Armani, Ferré, Versace. 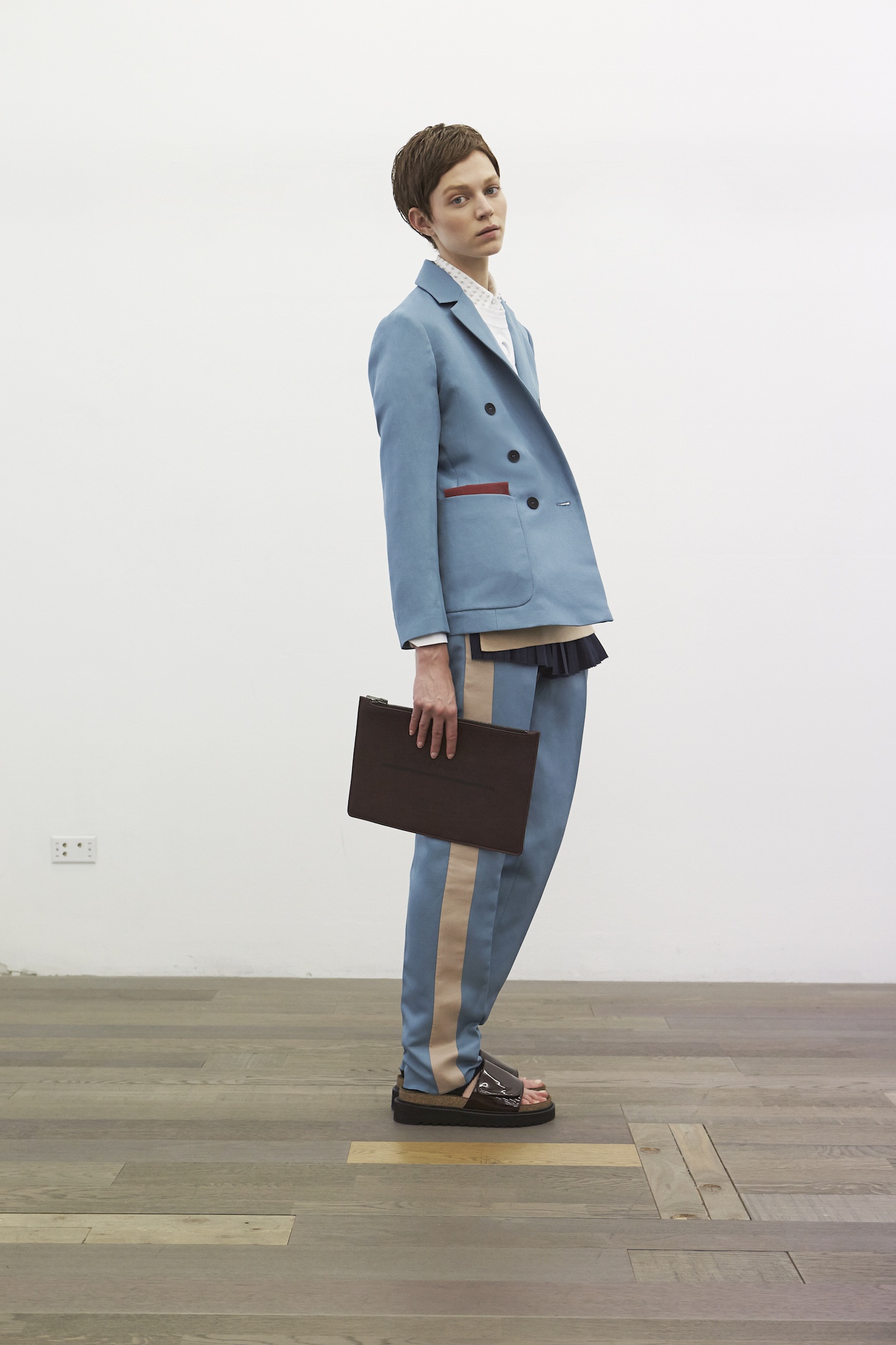 When did you produce your first ever collection? What did you get your inspiration from?

In 2010, after having worked for, among others, Prada in Milan, Calvin Klein in New York and Yves Saint Laurent in Paris, I decided to throw myself into a new project, a brand in my own name: Andrea Pompilio. The economic crisis of 2008 had made the fashion on offer very dull, especially in menswear. My fist “solo” collection, for fall-winter 2010/11, was nothing but a small male wardrobe: I proposed what I couldn’t find in the stores, something fresh, original, ironic. Season after season, that small wardrobe has been expanded and enriched.

Someone has written about you: “He knows the roots of Italian elegance well, but has a highly cosmopolitan bent.” I’d like to know what you think of this statement.

It’s a definition I find fitting. I always start out from the canons of sartorial elegance that have made the Italian style celebrated and desirable all over the world, but I try to reinterpret them and bring them up to date as much as possible. For me made in Italy is a credo, but it has to be the starting point for the creation of a product that has a global aptitude. 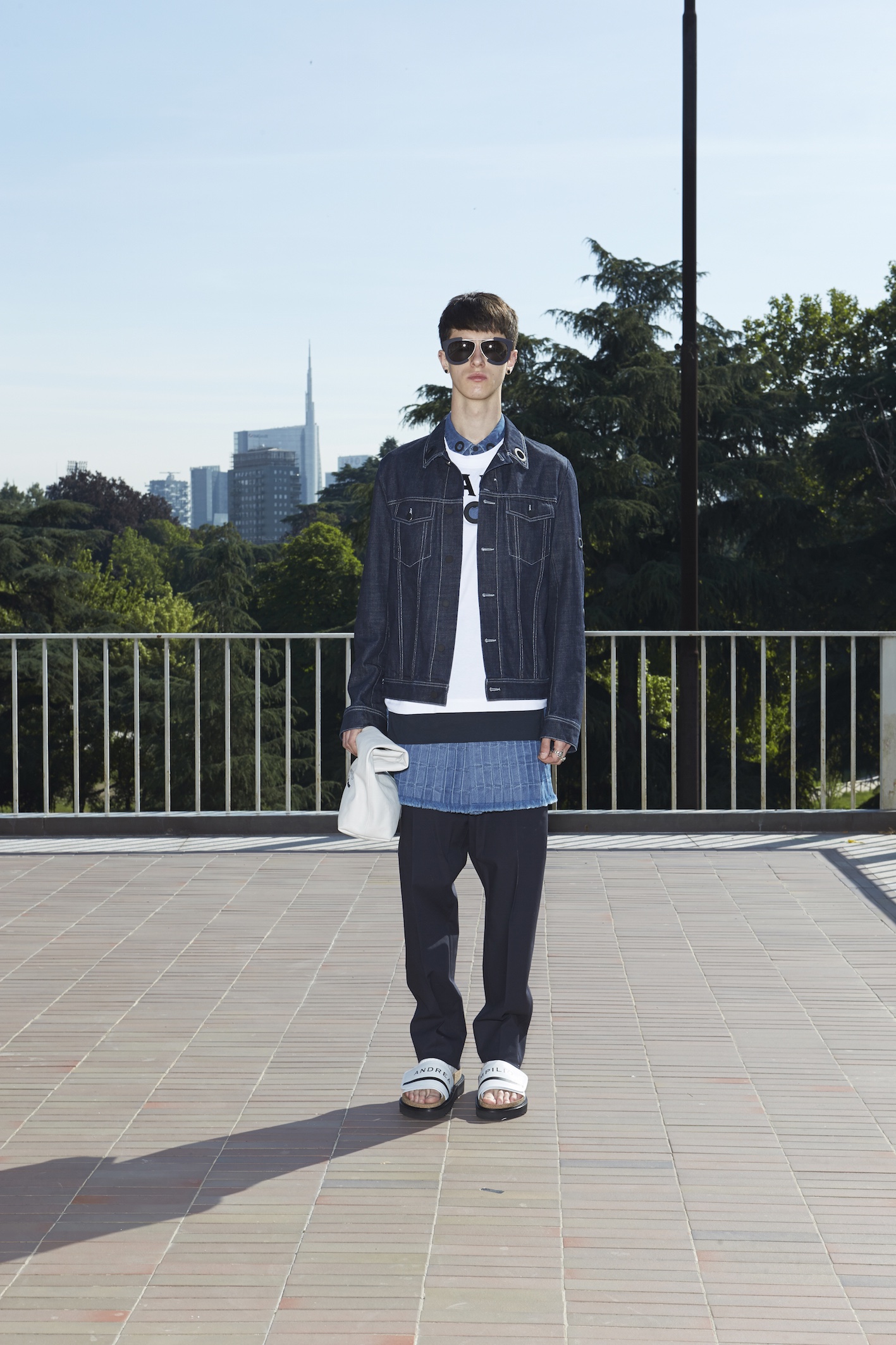 What is Italian elegance, and in what way is it present in your collections?

It is above all an extraordinary attention to forms and to details. I consider it my constant reference.

What do buyers expect from Italy?

They expect a high degree of elegance and quality, that is the things for which we are known, but with an original and contemporary twist.

“Cosmopolitan bent” is an expression I often come across in the press releases of emerging Italian brands. It’s not enough to be Italian? What does it mean to add a cosmopolitan element to your design?

It’s a matter of creating a product targeted at different people and personalities, independently of the market to which they belong. And of reflecting today’s lifestyle: I’m Italian, but life has taken me all over the world, which inevitably influences what I create.

Italian fashion made a name for itself after the war in part thanks to the movies and the stars of Hollywood. I’m thinking for example of the Marcello Mastroianni of La Dolce Vita and his jaded and blasé attitude. Is he a reference for you?

Certainly, I think Mastroianni is one of the greatest icons of male elegance.

I watch a lot of films, at the theater and at home. They are oxygen for the mind.

Do you have a favorite director or genre at the moment?

I like Wes Anderson very much. A banal choice? It’s true that at the moment he has a love affair with fashion, but I can see a bit of his aesthetics even in my collections of a few years ago. 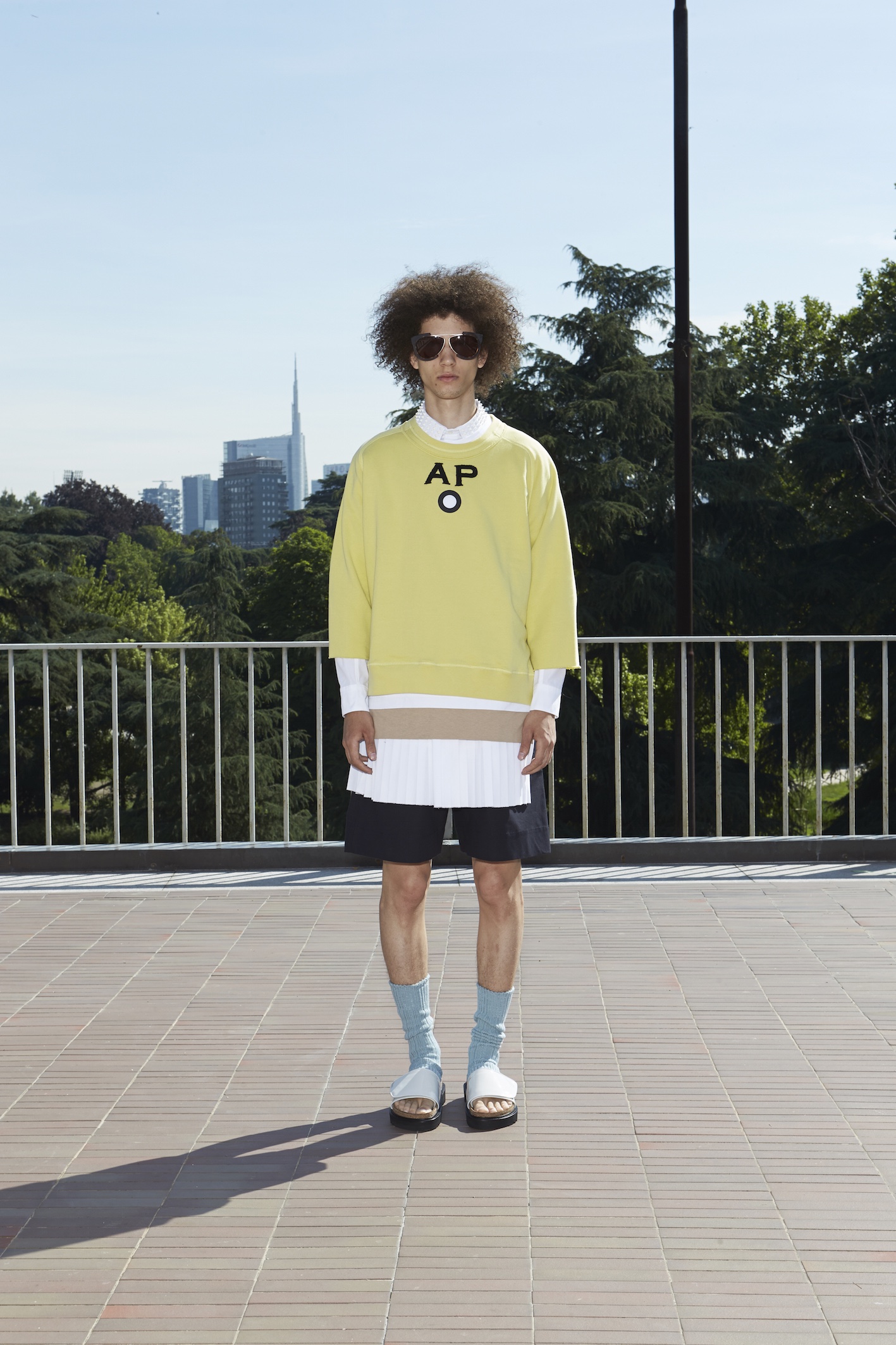 Which contemporary Italian actors would you like to see wearing AP? And which foreign ones?

Among the Italians, I’d like to dress Filippo Timi and Riccardo Scamarcio. Among the foreigners, Louis Garrel and Xavier Dolan. But a woman too, Alba Rohrwacher in particular.

A few months ago I went to see Kenneth Branagh’s Cinderella. The little girls and their mothers, in the theater, were in ecstasies over her blue dress. Is it fashion’s job to make us dream or to bring us back down to earth?

Fashion has to make people dream, because it has the power to tell stories and convey an atmosphere. But it’s important not to let things get out of hand, getting lost in pointless virtuosities: above and beyond the show, the end product has to be wearable and desirable.

How is an AP collection born? What are your worlds of reference?

I’m a great observer of the reality that surrounds me. I like to take my inspiration from bits of life that I find myself observing firsthand, whether they are the frantic toing and froing of passengers in the lounge of an airport or moments set in a more ordinary dimension. I take everything in, rework it unconsciously and transfer it into my collections as if it were a déjà vu. A lot comes from snapshots taken here and there, notes jotted down on journeys that are then translated into a detail, a final piece. But often it’s only when the work is finished that I’m able to rationalize, and to recognize certain inspirations, and even people, in what I’ve designed.

You started with men’s fashion. Now there’s a lot of talk about gender-neutral or genderless fashion. What does it mean? What do you think of it?

I find it a very interesting concept. The idea that a man and a woman can share part of their wardrobe is very stimulating. With my womenswear collections, for example, I don’t set out to construct a distinct identity, but to adapt Andrea Pompilio’s genes to meet female needs. The collections for women start out from the same themes as the ones for men, and for the most part are adaptations of the same garments.

Do the women who wear AP want to be sexy?

They want to be sensual, but with a sensuality that is not predictable, not conventional. I like to imagine a strong woman, with a powerful personality, who is able to look alluring even in a jacket tailored with a masculine cut.

What was the first fashion show you went to?

Versace, shortly after I’d moved to Milan. It was really exciting to find myself backstage with the top models of the moment. For me it was all new, a continual surprise. 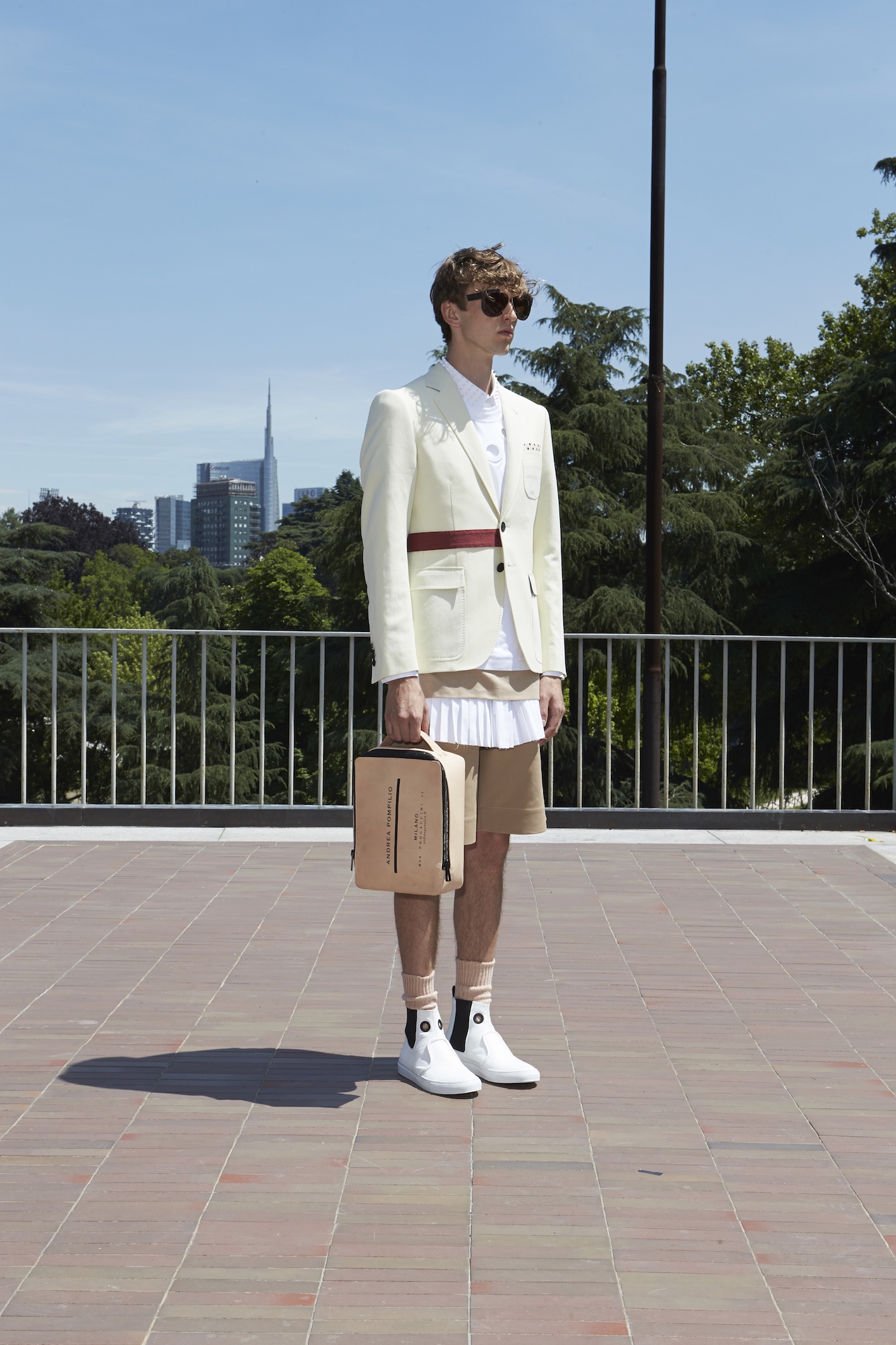 How important is the dimension of spectacle for a fashion designer?

I won’t say it doesn’t have a part to play, but it’s certainly not the main component of this profession. As I always say, being a designer, especially when you’re working on your own project, is hard work and not very glamorous. This helps you keep your feet on the ground.

In your menswear collections it is the color that catches the eye. Are you interested in feel too? How do you choose your fabrics?

Absolutely. Playing with color is one of the things I’m good at, but the choice of fabrics is equally crucial. What interests me in a fabric is its feel, weight, color. In any case, quite apart from specific elements, it is fundamental that a material be able to speak to me; indeed, this is often the point from which I start imagining a collection.

If I was ever cast away on a desert island, I’d enjoy a bit of healthy solitude under the tropical sun! 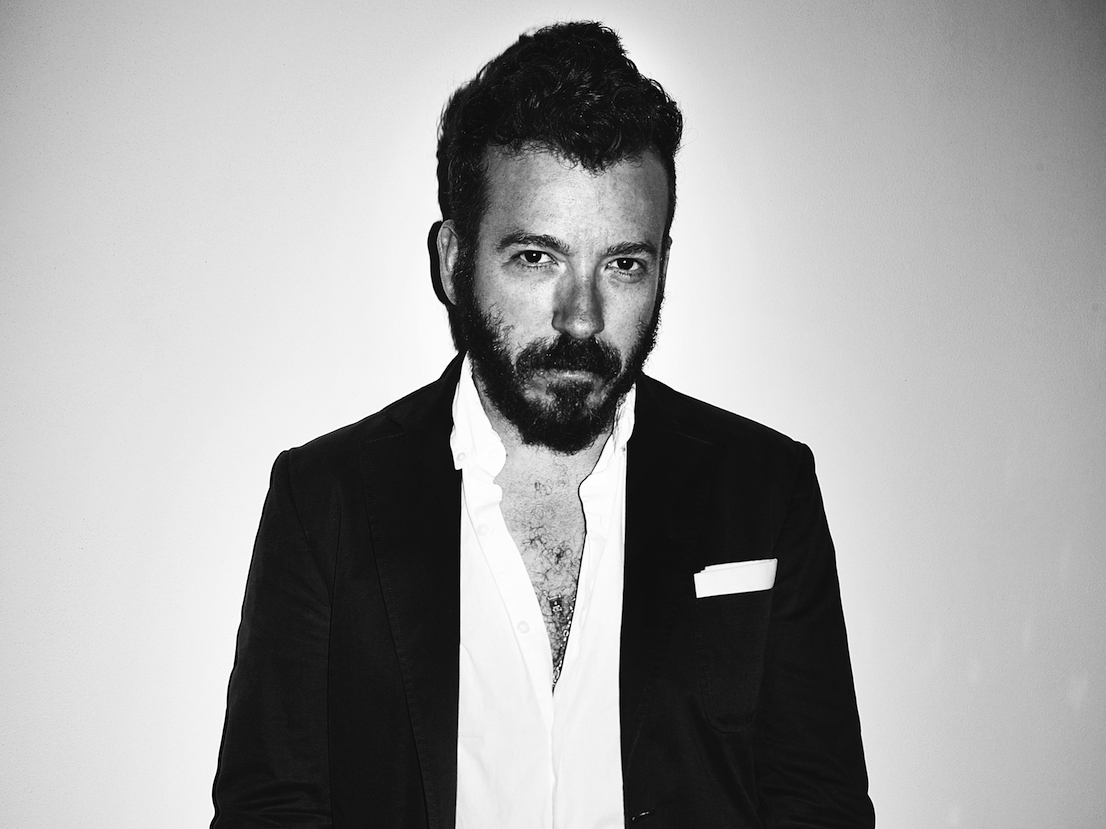 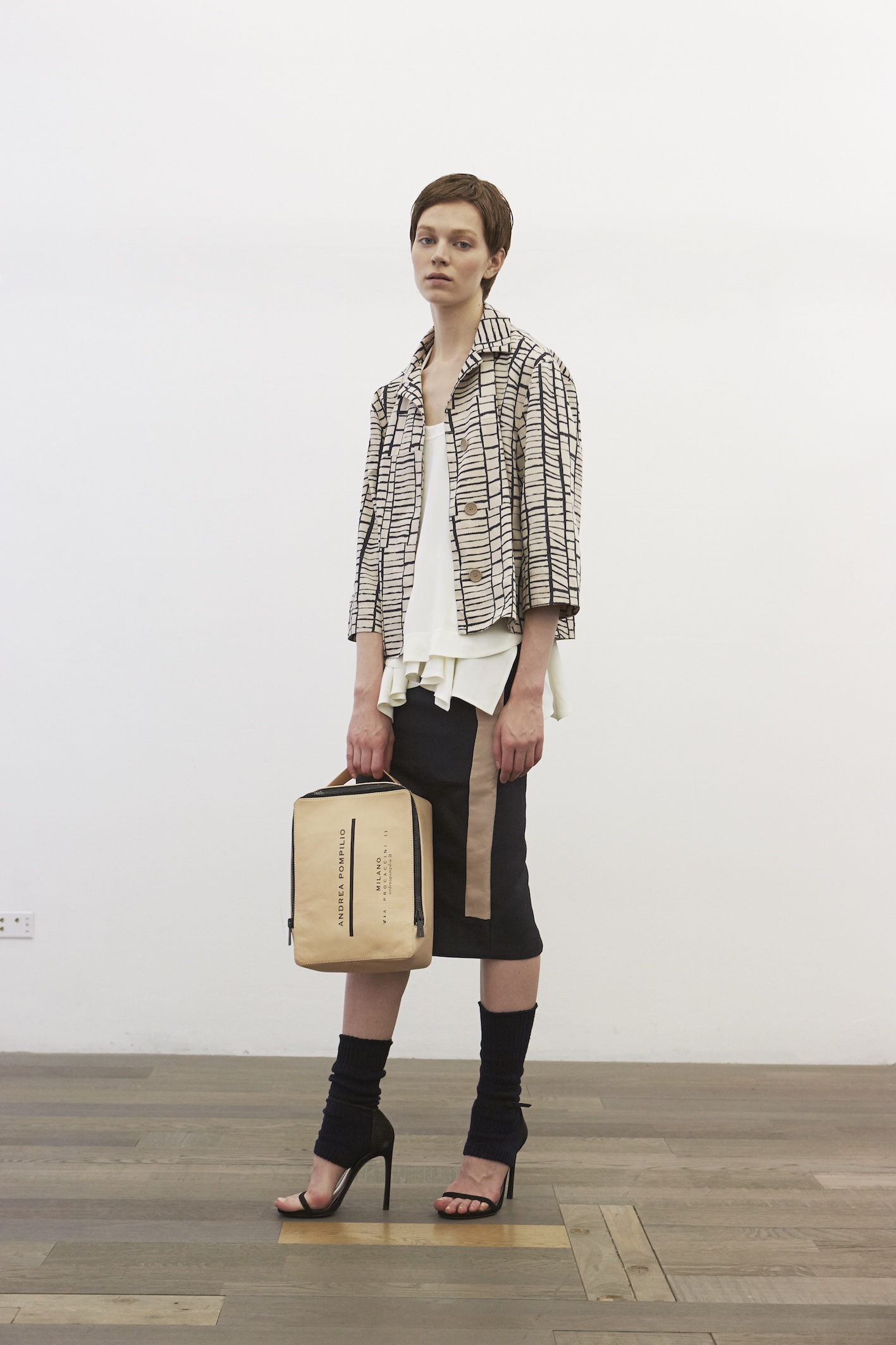 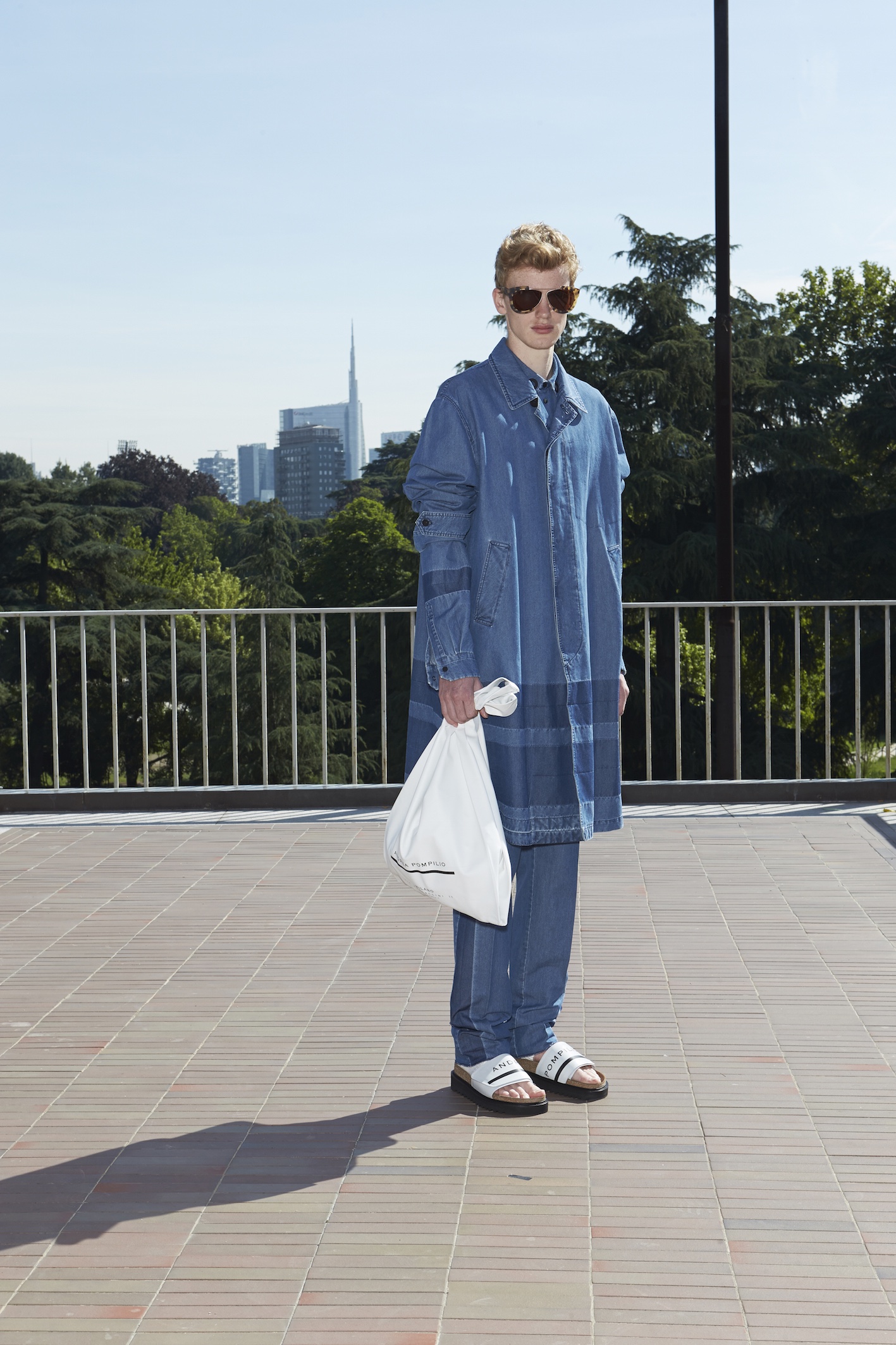 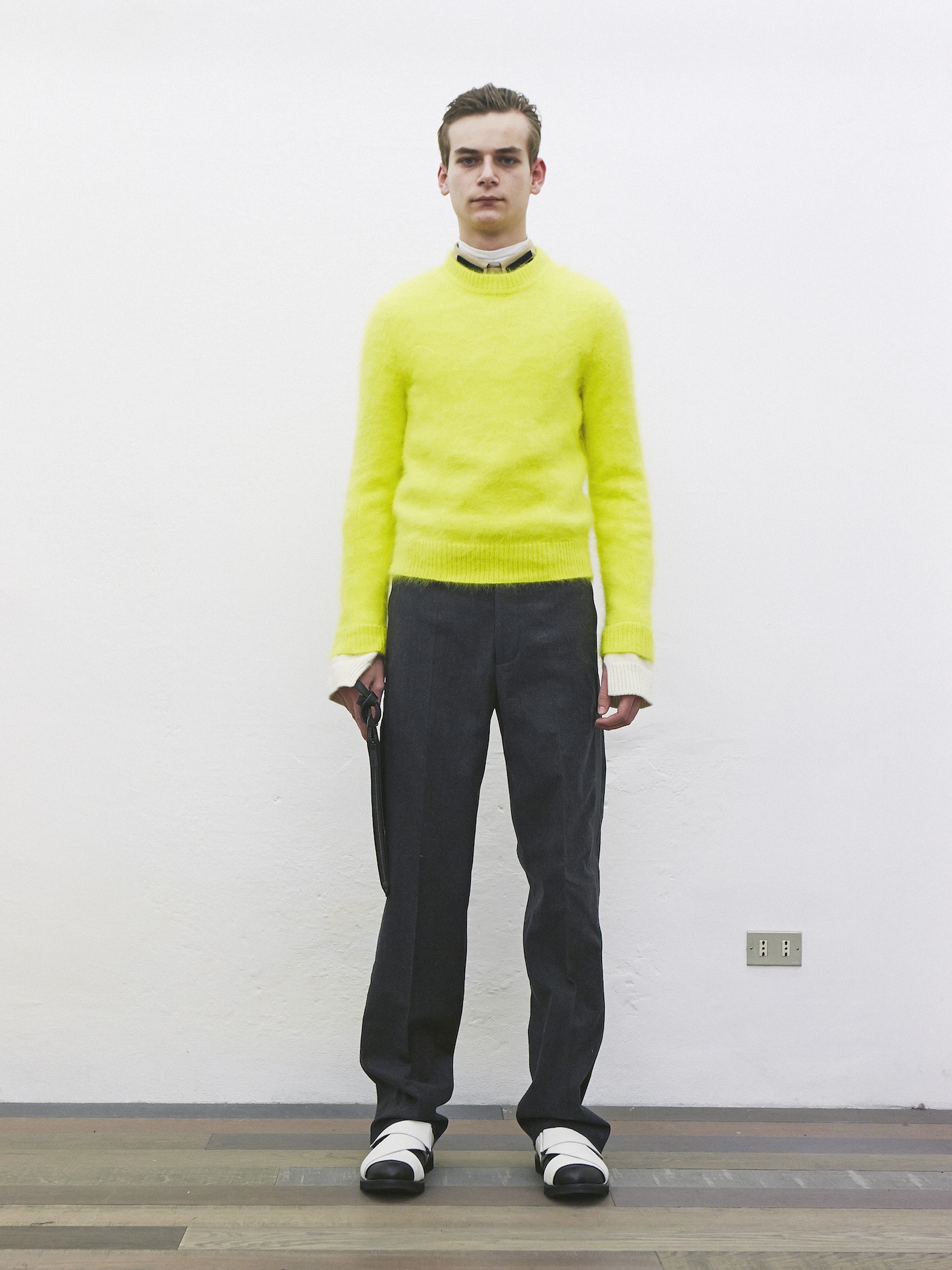 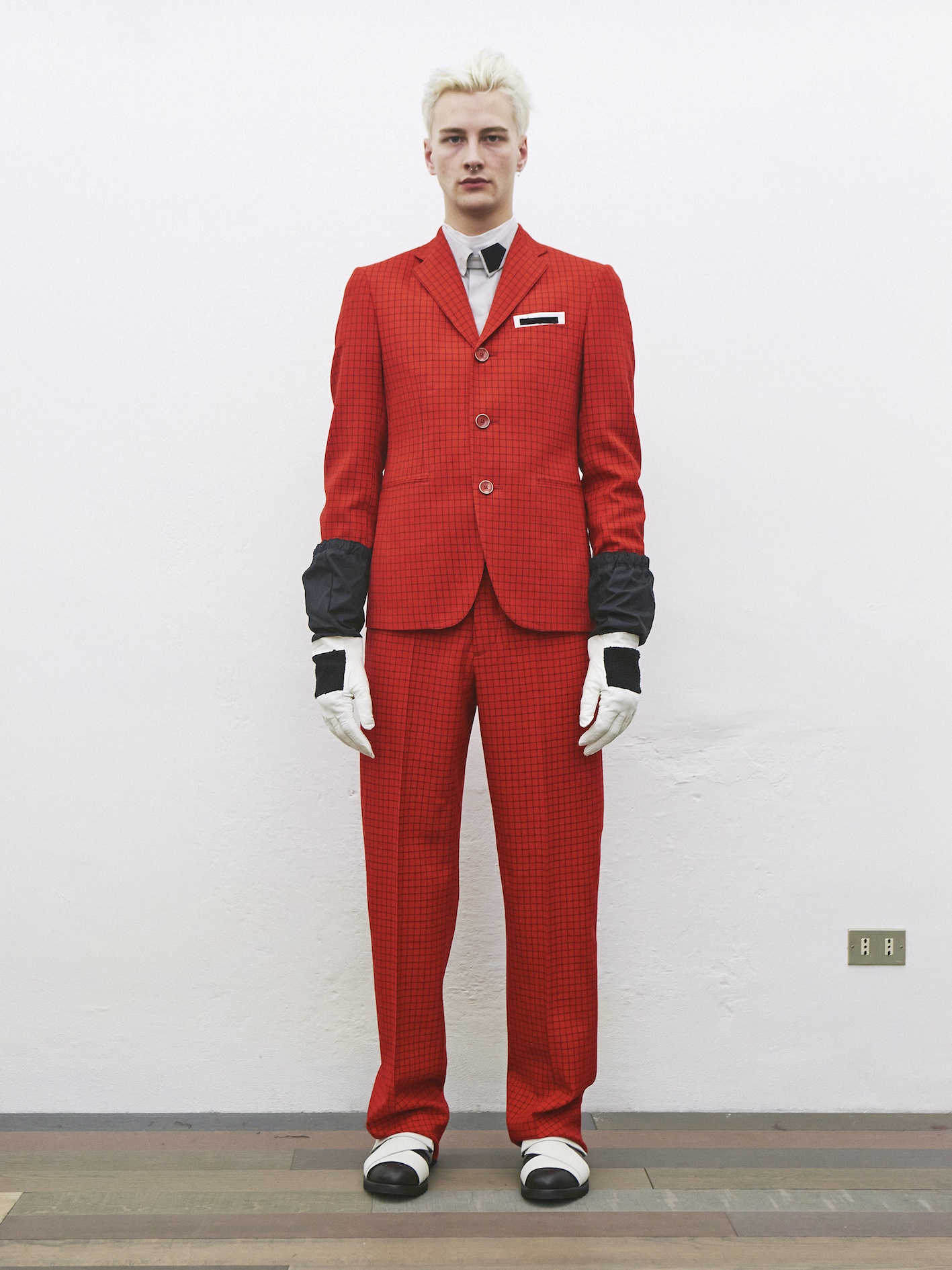 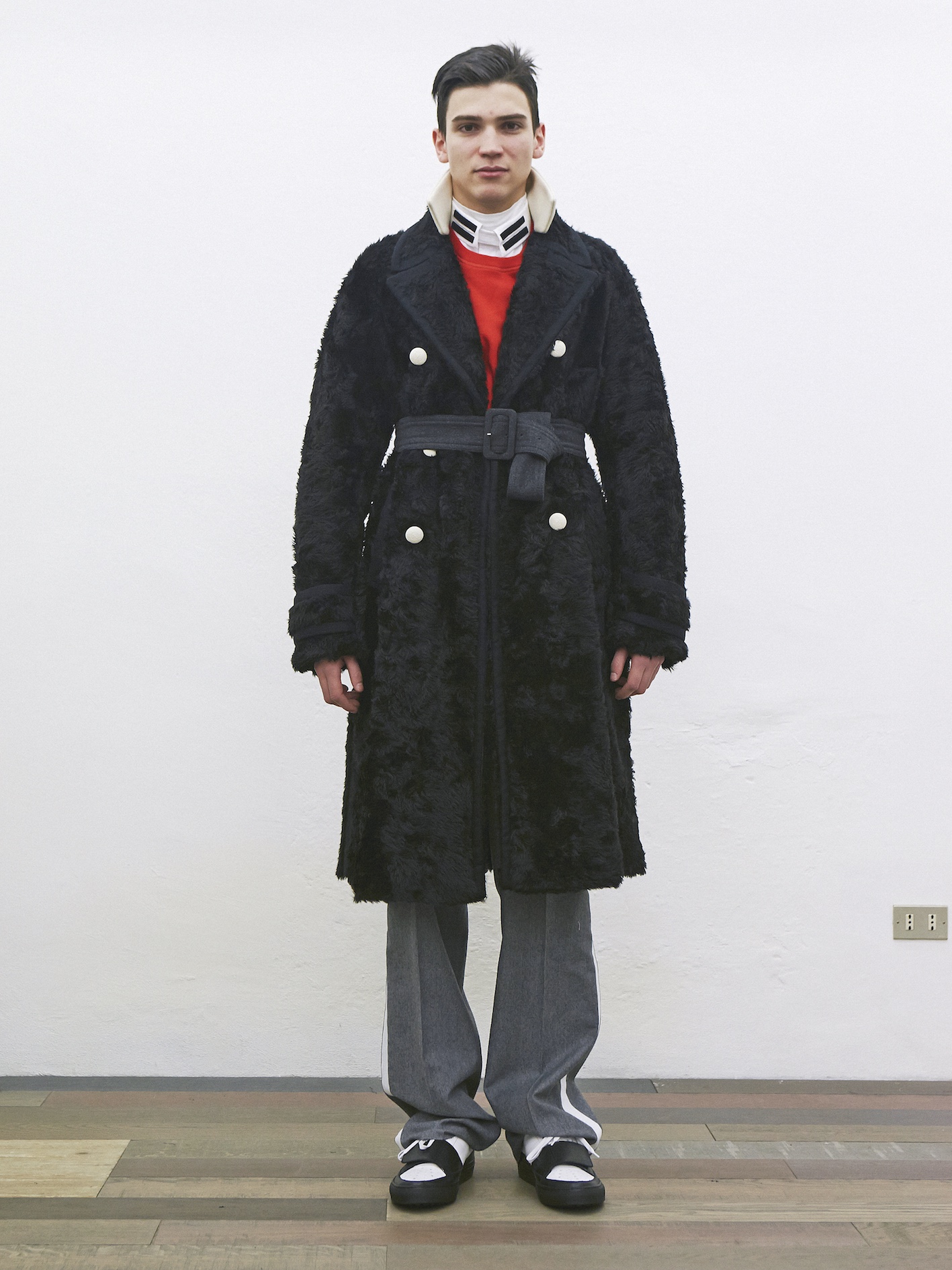 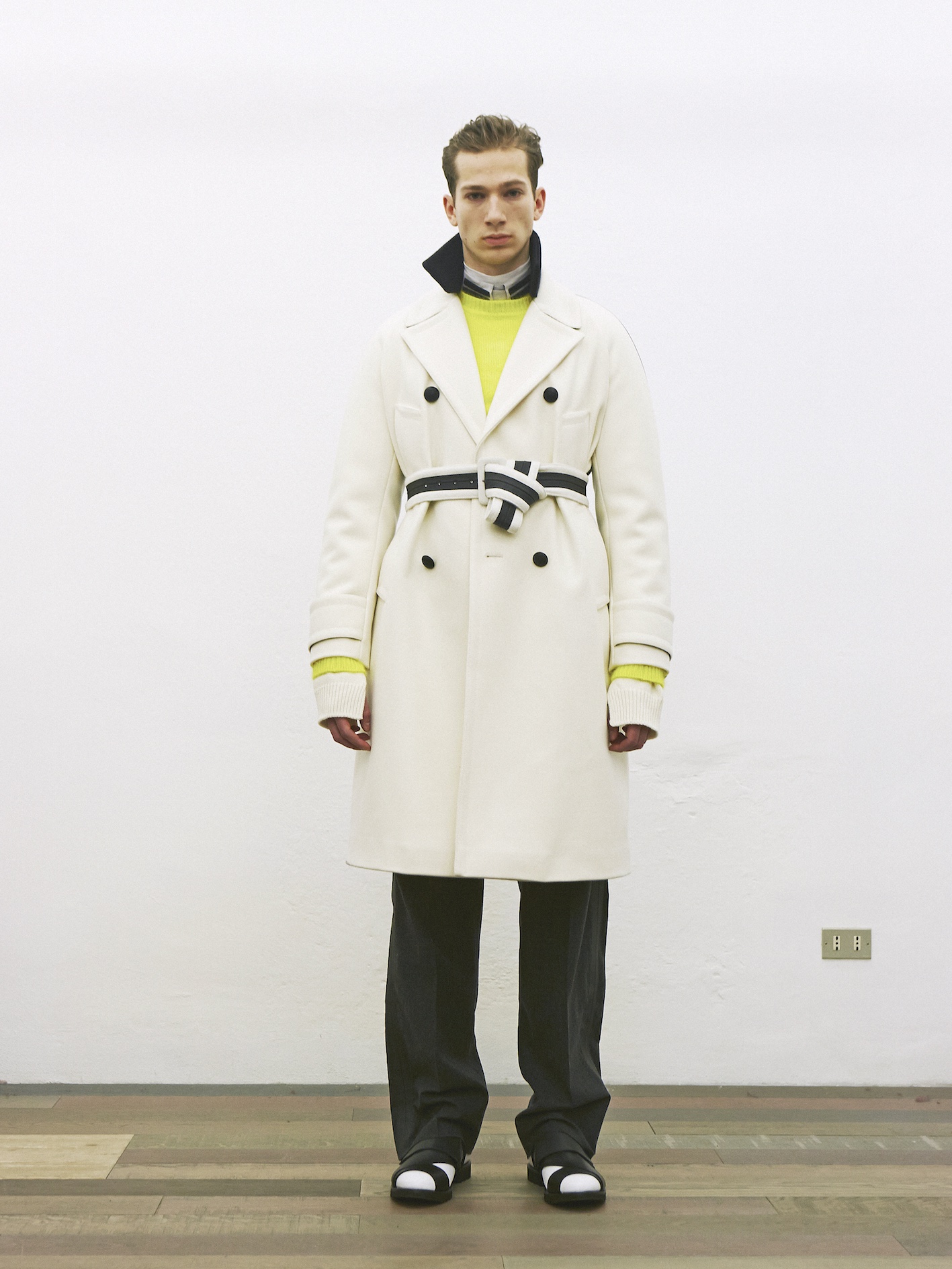 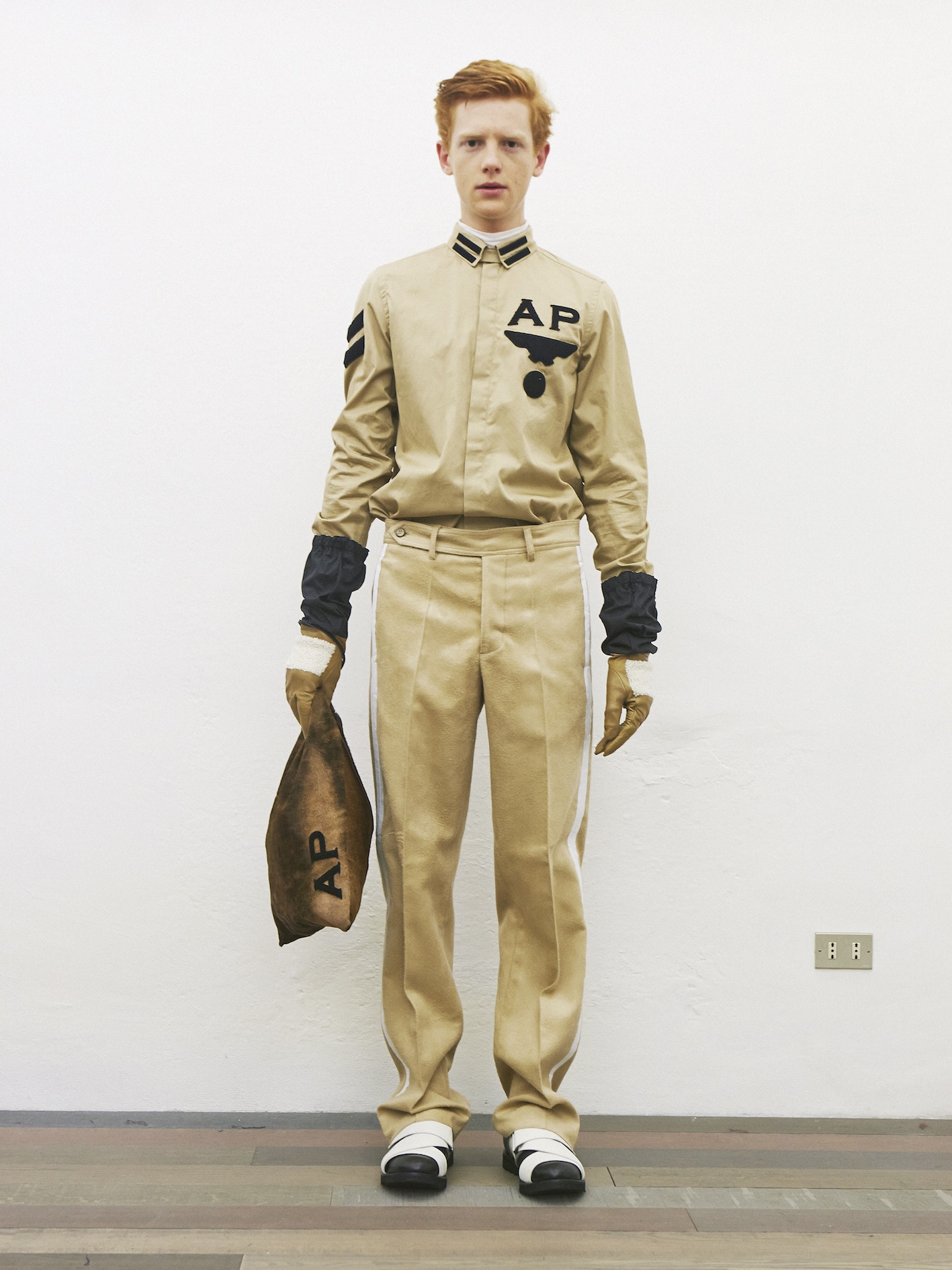 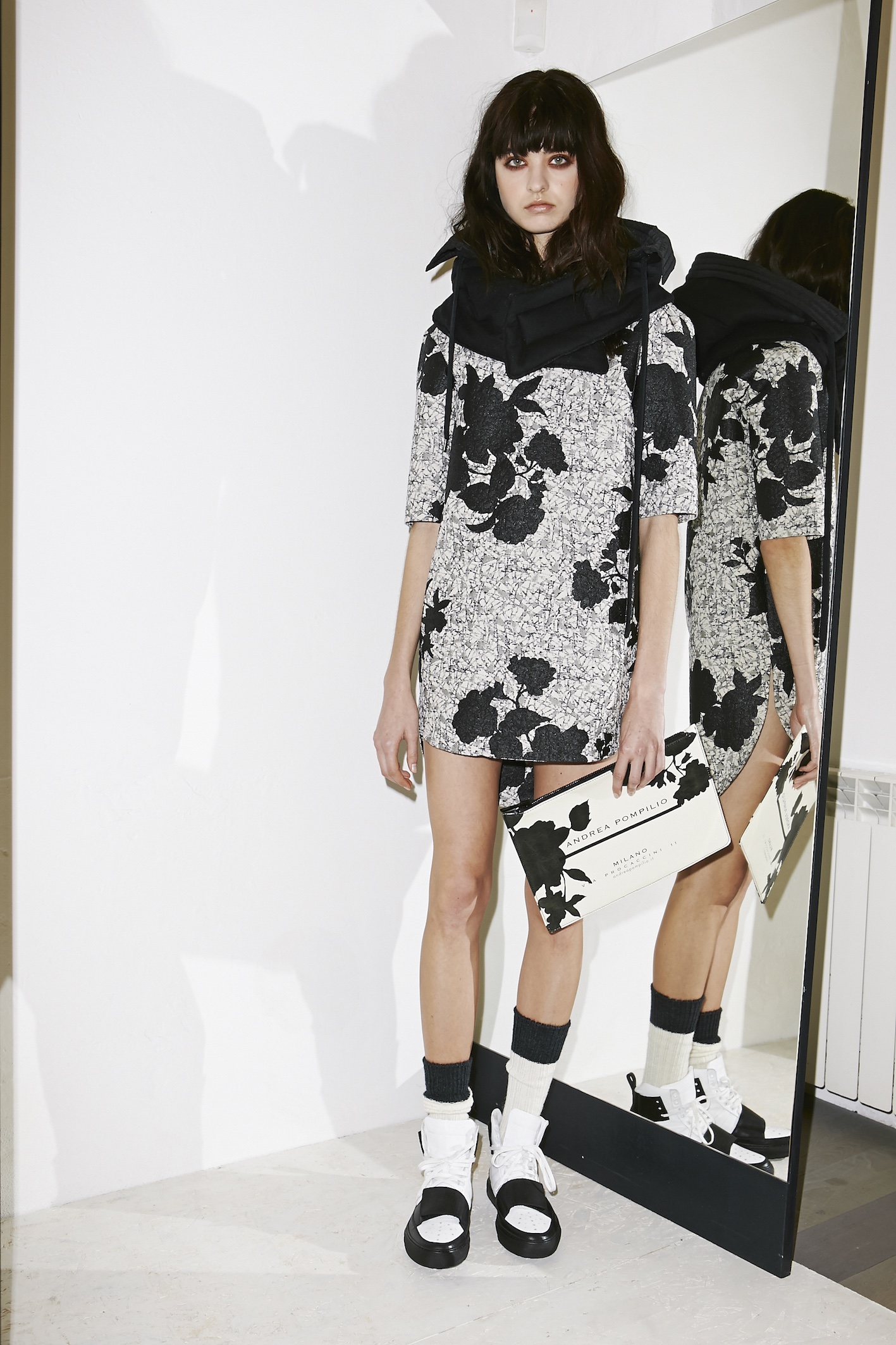 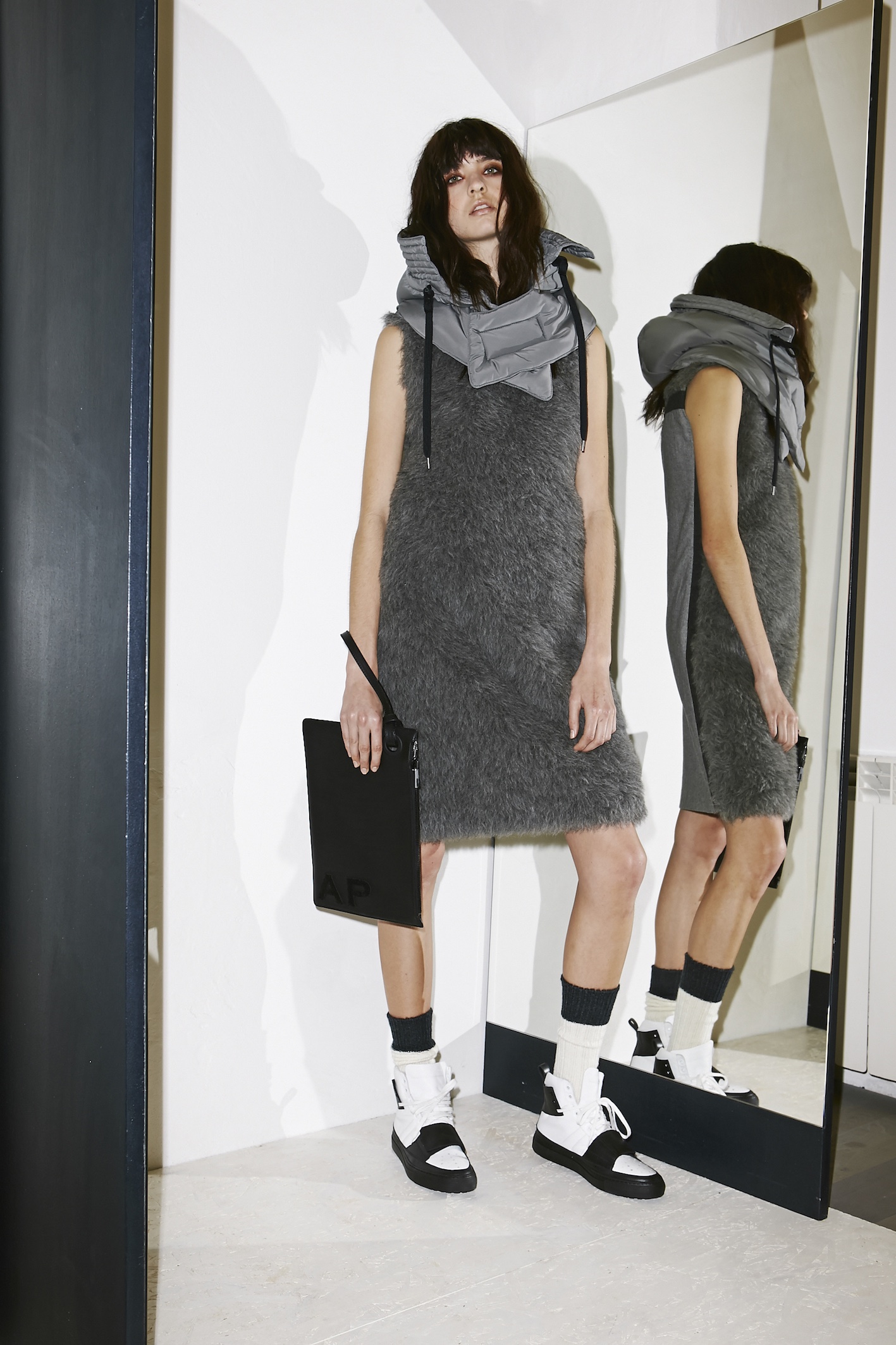 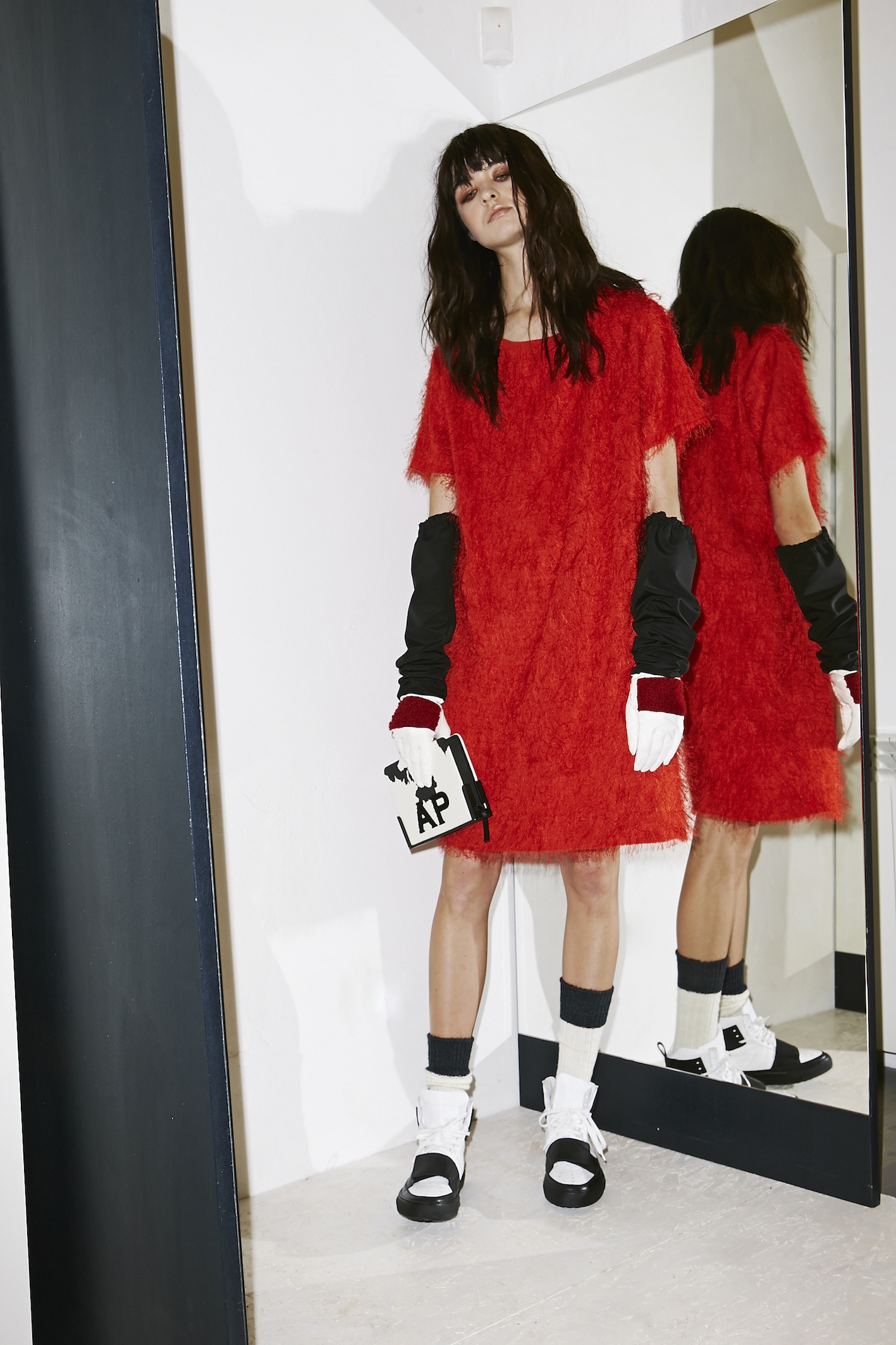 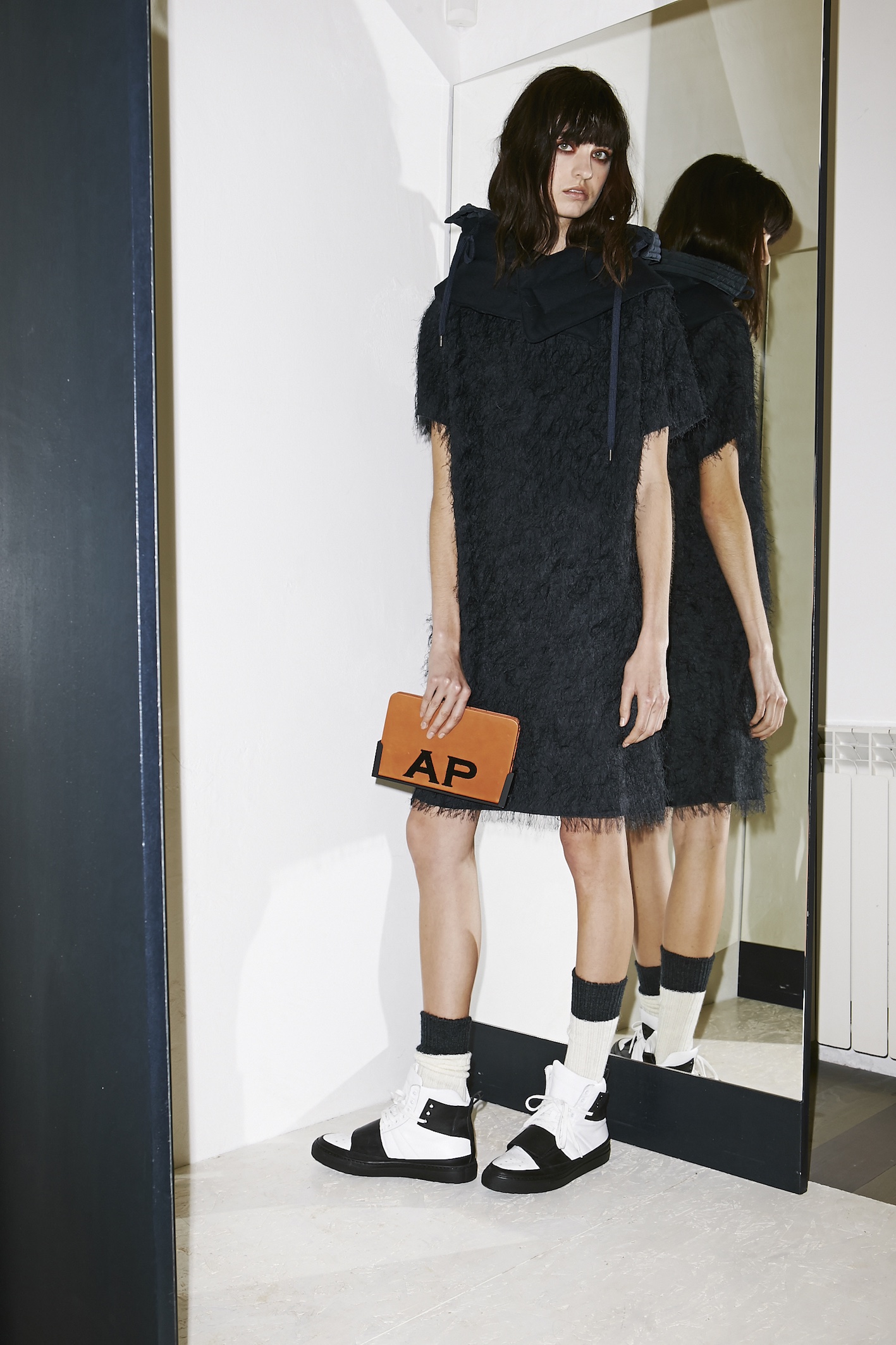 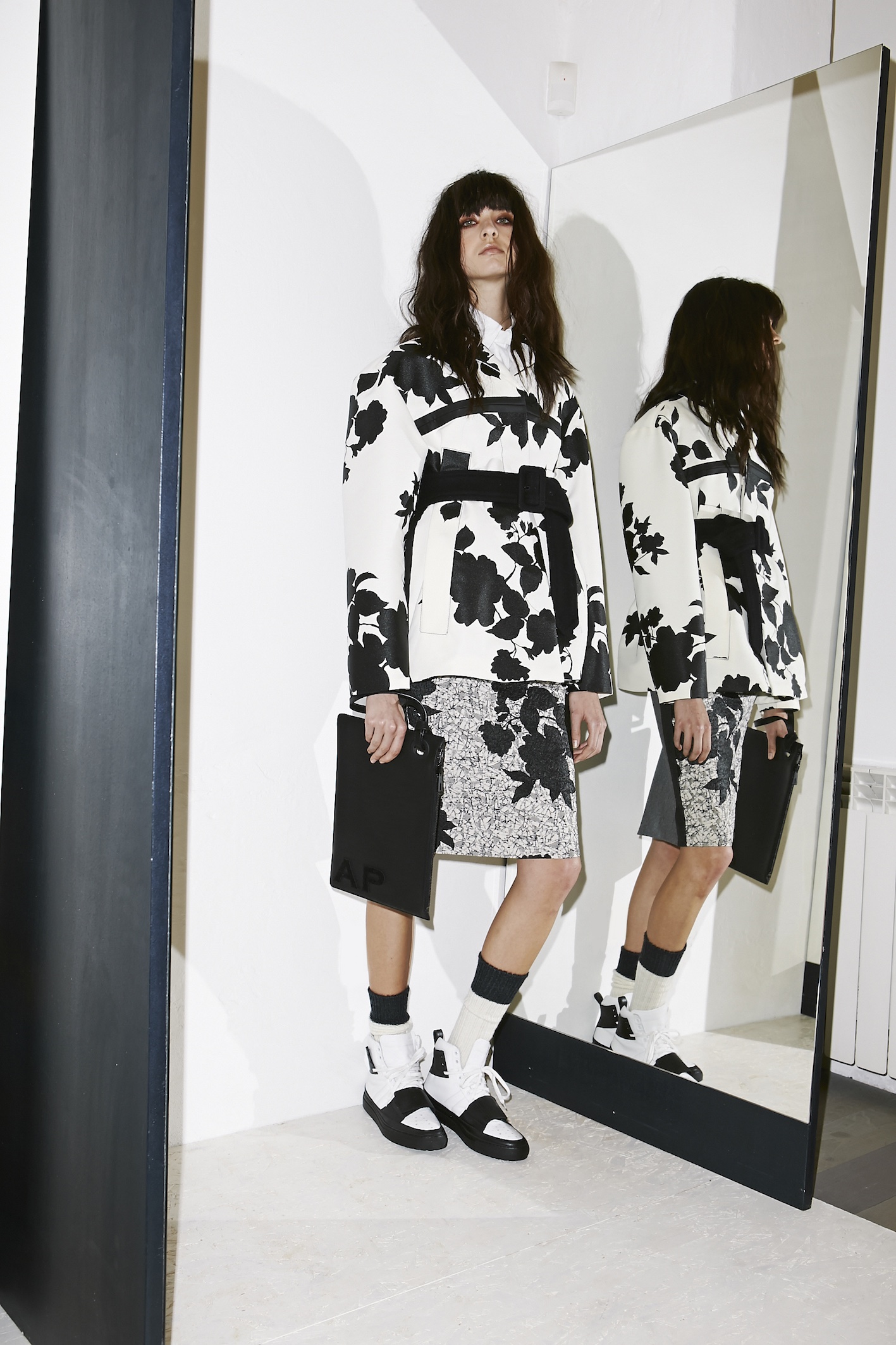