“Only a surfer knows the feeling,” writes Andrew Groves in the preface to Surf Odyssey: The Culture of Wave Riding, published by Gestalten. The art of ruling the waves is viewed here as an all-encompassing passion, but also as a complex and multifaceted culture: a world that can be described only through the inexhaustible expressive force of photographs and illustrations, accompanied by the accounts of sportsmen and women, insiders and creatives. What emerges straightaway is the adventurous component of the discipline, which drives surfers to seek new spots in remote locations. Thanks to increasingly high-tech equipment, it is in fact now possible to brave the temperatures of the sea off Norway, Sweden and Iceland. Another major theme is the intimate relationship with nature, well represented by the shaper James Otter, who makes boards by hand out of western redcedar in the north of Cornwall; or by associations like Surfers Against Sewage, founded in 1990 to promote respect for the environment. Even the brands in the sector try to set a good example: Patagonia makes its wetsuits out of natural plant-based rubber, thereby reducing the impact on the environment. The book is also a long journey that starts in Cape Town and ends on the Hawaiian island of Oahu, with long stopovers in Portugal, Tasmania, Canada, South Korea and Norway. The trajectories of the surfers are captured in the photographs of Stuart Gibson, Jeff Johnson, Jeff Divine and Kenny Hurtado, in the hypnotic underwater shots of Sarah Lee and the polaroids of Ryan Tatar and in the pictures of the very young and talented Morgan Maassen, as well as those of Andre Silva, who has immortalized Andrew Cotton and Hugo Vau hunting for waves in Scotland, and the multi-award-winning Brian Bielmann, who has documented the exploits of champions like Andy Irons, Bruce Irons and Kelly Slater. Alongside these we find illustrations by Yusuke Hanai, Jim Houser, Andrew Holder, Geoff McFetridge, Vicki Turner, Stevie Gee and Geoffrey Holstad. And a collage by the New York-based artist Matthew Cusick, made out of old surf maps. Odyssey is a gripping whirl of images and words, a manifesto that is of great help in understanding this fascinating sport. “Once you have had one good wave, you want more.” 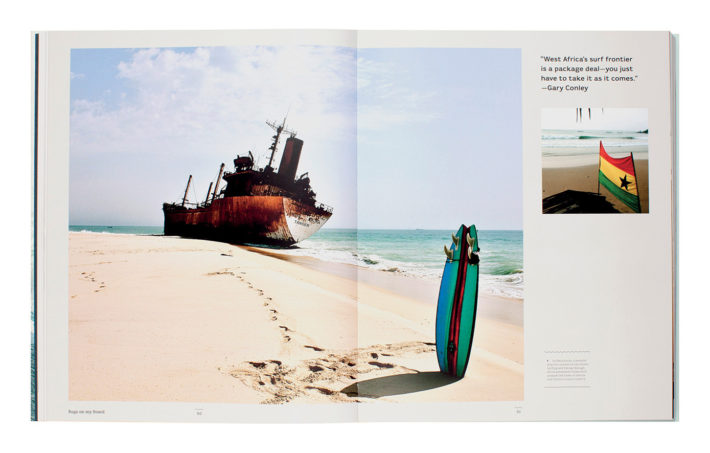 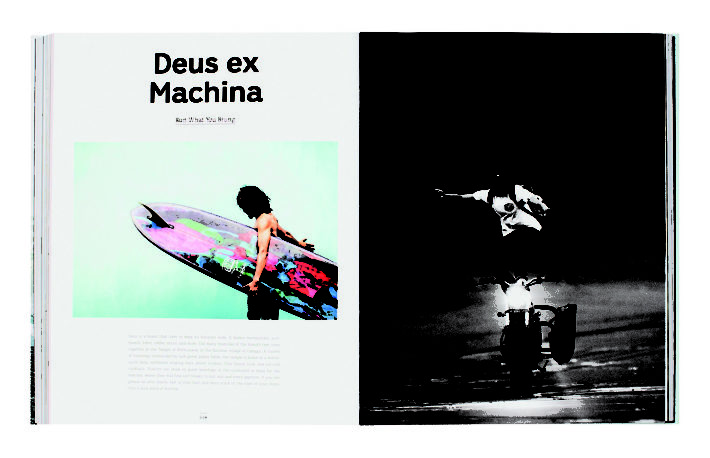 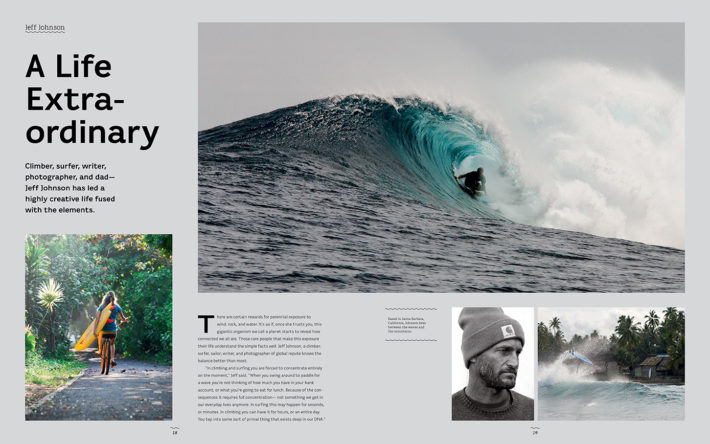 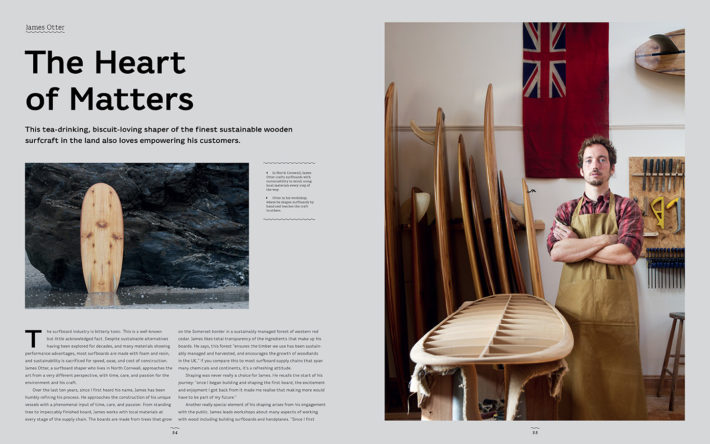 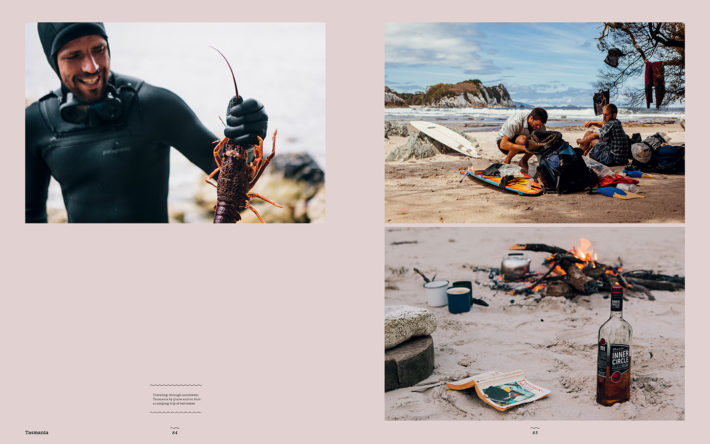 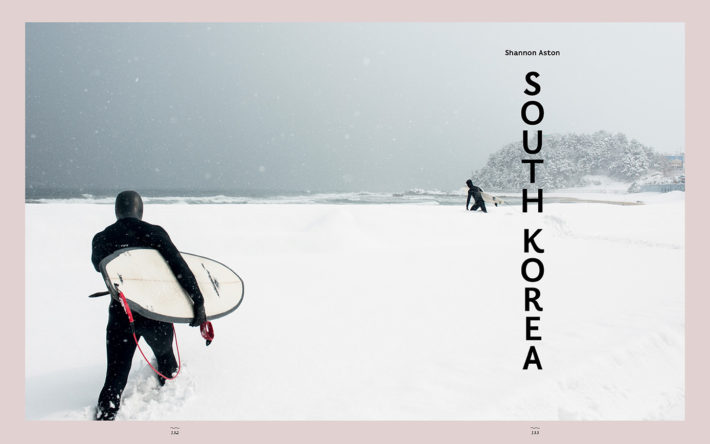 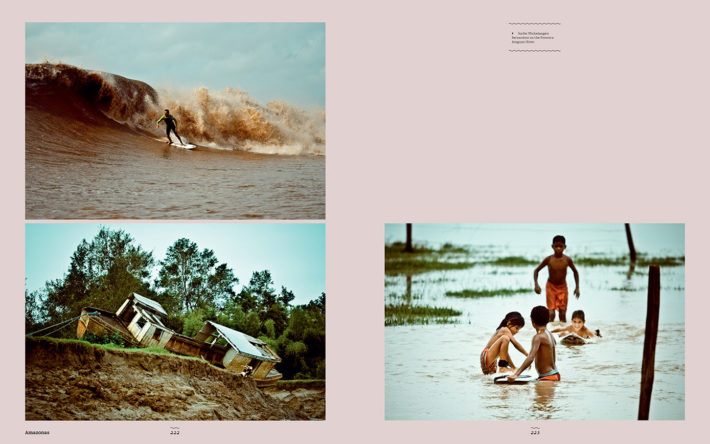 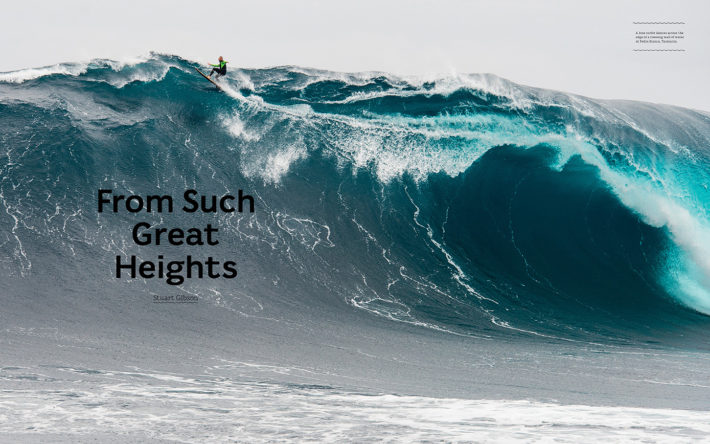 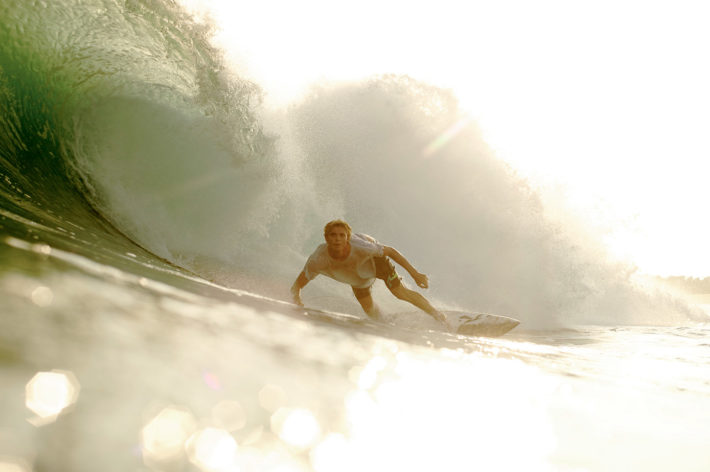 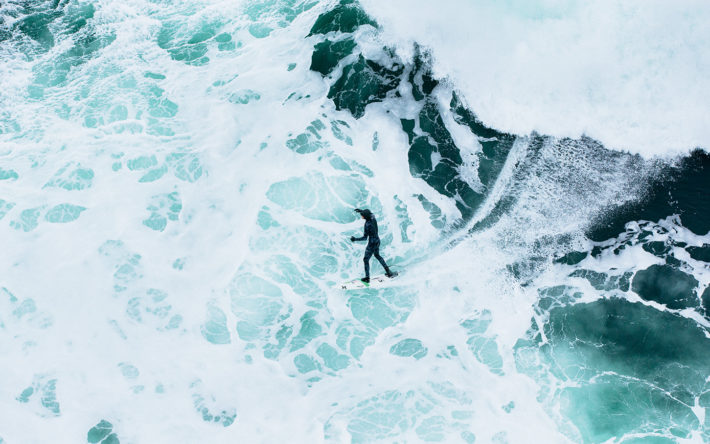 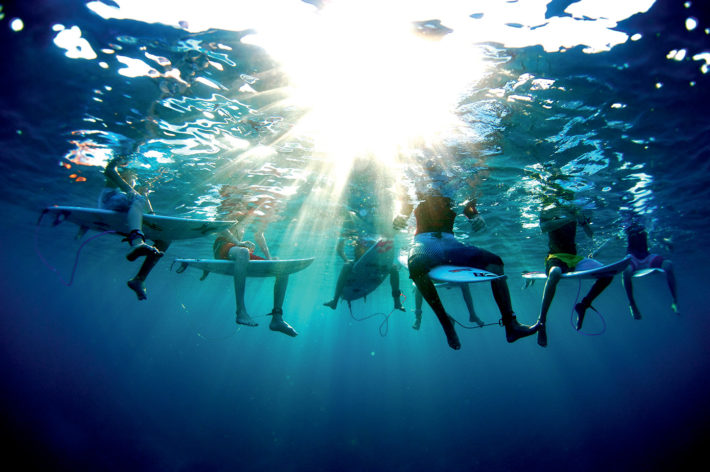 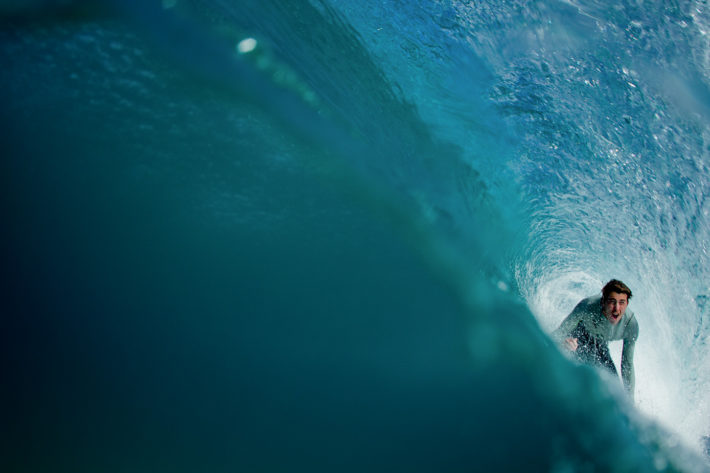 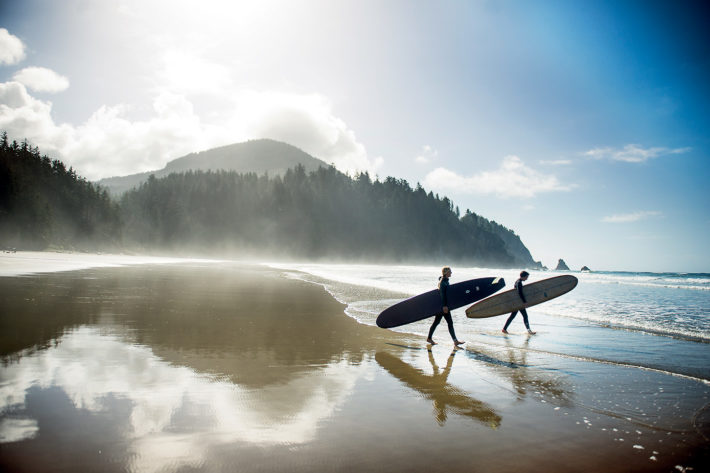 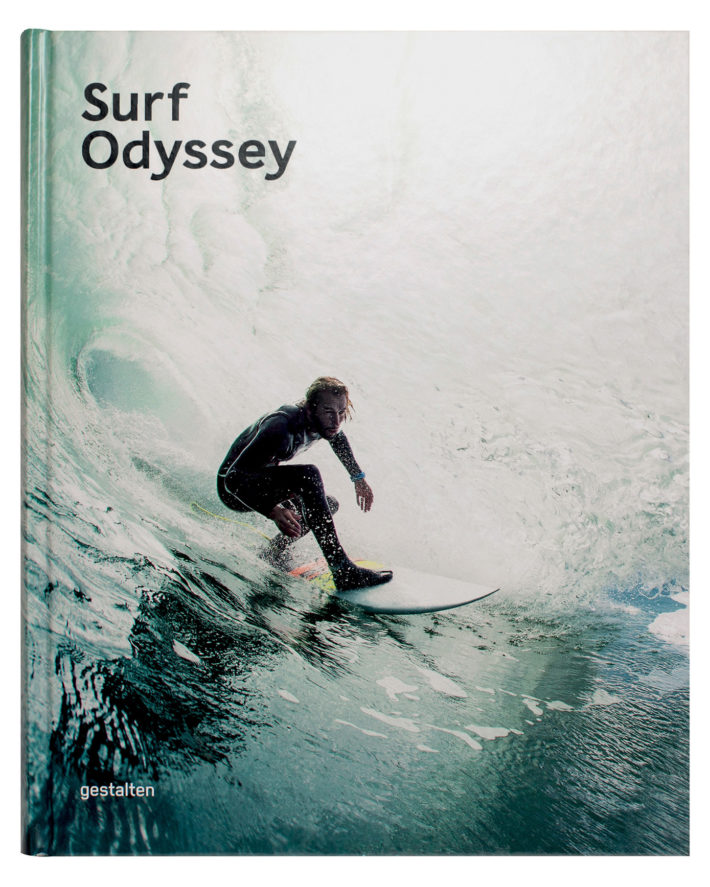