Edgardo Osorio was born in Colombia and grew up between Miami, London and Florence (where he has been living since 2005). He has the air of a Latin Gatsby and the face of a man blessed by fortune. Since 2011 he has been designing for his own brand Aquazzura, which has a golden pineapple as its symbol. Before 2011, he worked for Salvatore Ferragamo and Roberto Cavalli, where he was responsible for the line of shoes. The special relationship between the designer and Florence has been sealed by the decision to open, in January 2015, the new—and first—Aquazzura flagship store on the Lungarno, inside Palazzo Corsini. The building was the residence of the Medici family until 1649, when it was acquired by Maria Maddalena Macchiavelli, the wife of Marchese Filippo Corsini. Here Osorio lives and works, in close contact with his customers and their needs. The Aquazzura woman is looking for the perfect balance between comfort, excellence of workmanship and exotic glamor. An equilibrium achieved in the spaces of the store, where the torrid and abstract sensuality of the design coexists in osmosis with the classicism of the spaces and the frescoed ceilings, brought back to light after 200 years of concealment. Strolling past the window, you glimpse the surreal fantasy of the pair of Portuguese designers Cláudia and Catarina Soares Pereira: banana leaves, floors of optical black-and-white stripes, turquoise volumes and shoes, enclosed in glass cases that intensify their allure. Osorio launched Aquazzura four years ago because he aspired to a “return to elegance”: “I used to go to the department stores, and see hardly anything I liked. All the shoes were too complicated, ridiculous, extreme. With all those crystals and plumes. I just thought that what was needed was a beautiful, simple, sexy and sustainable shoe.” And the first collection, distributed by Barney in the spring/summer of 2012, sold out in a few days. The flagship store in Florence offers an experience you will find nowhere else in the world. Immersed in the perfect harmony between the splendor of the original structure and the modernity of the design, you look outside and for a moment you think you’re in Hollywood, on the Arno. Within the year single-brand stores will open in London and New York, and then in Dubai and Hong Kong. And in Edgardo Osorio’s plans for the future there are bags too. 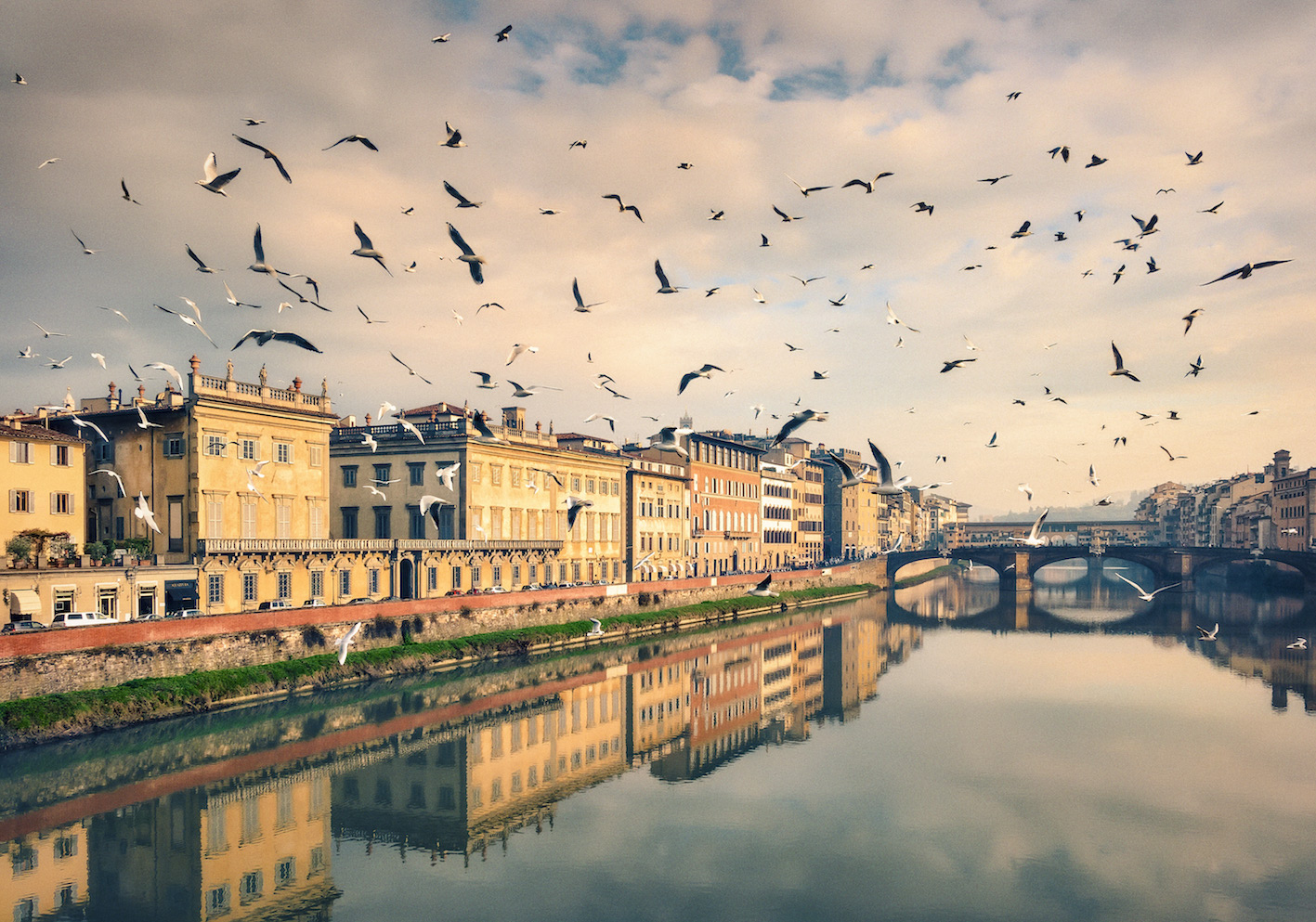 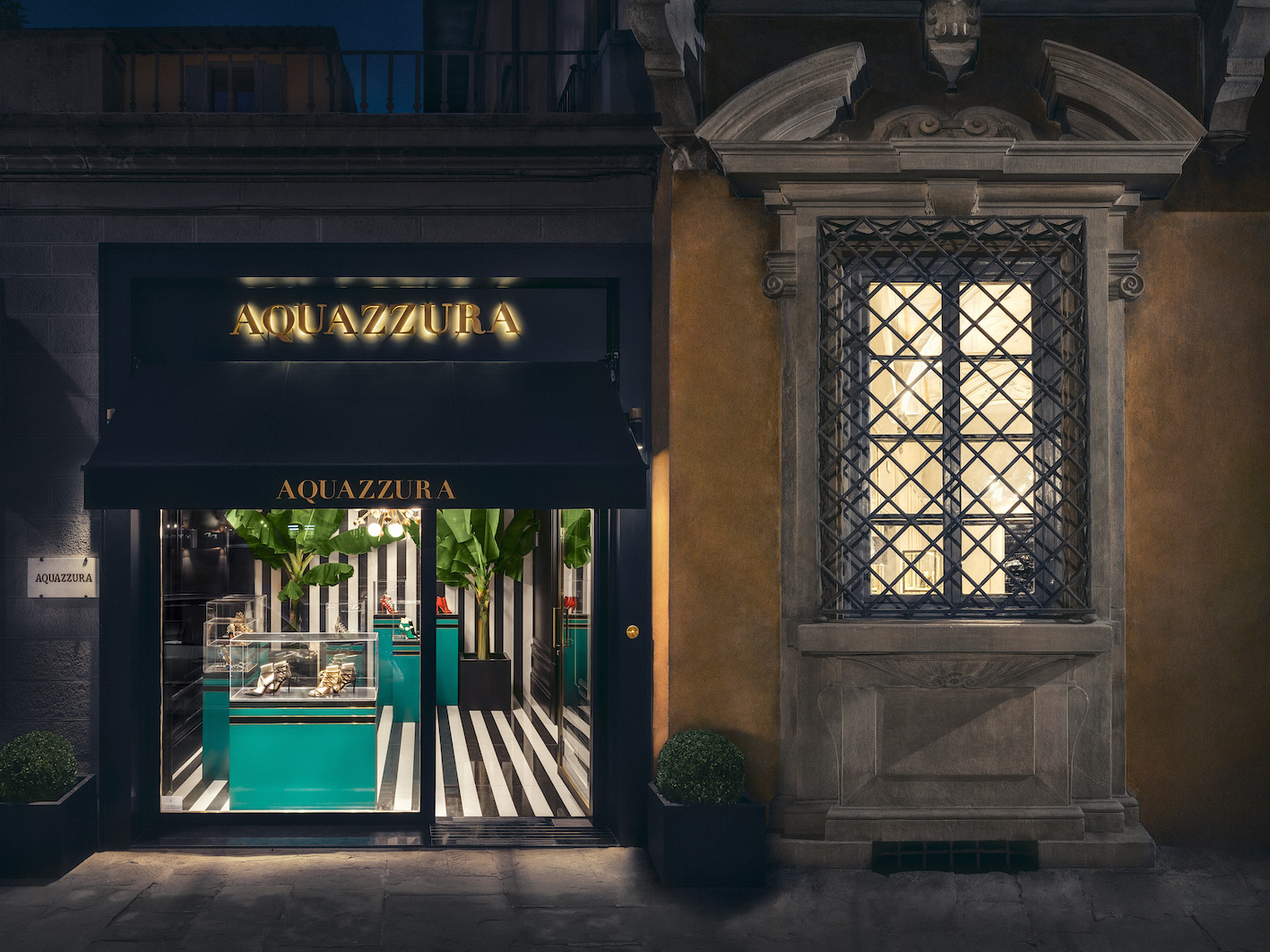 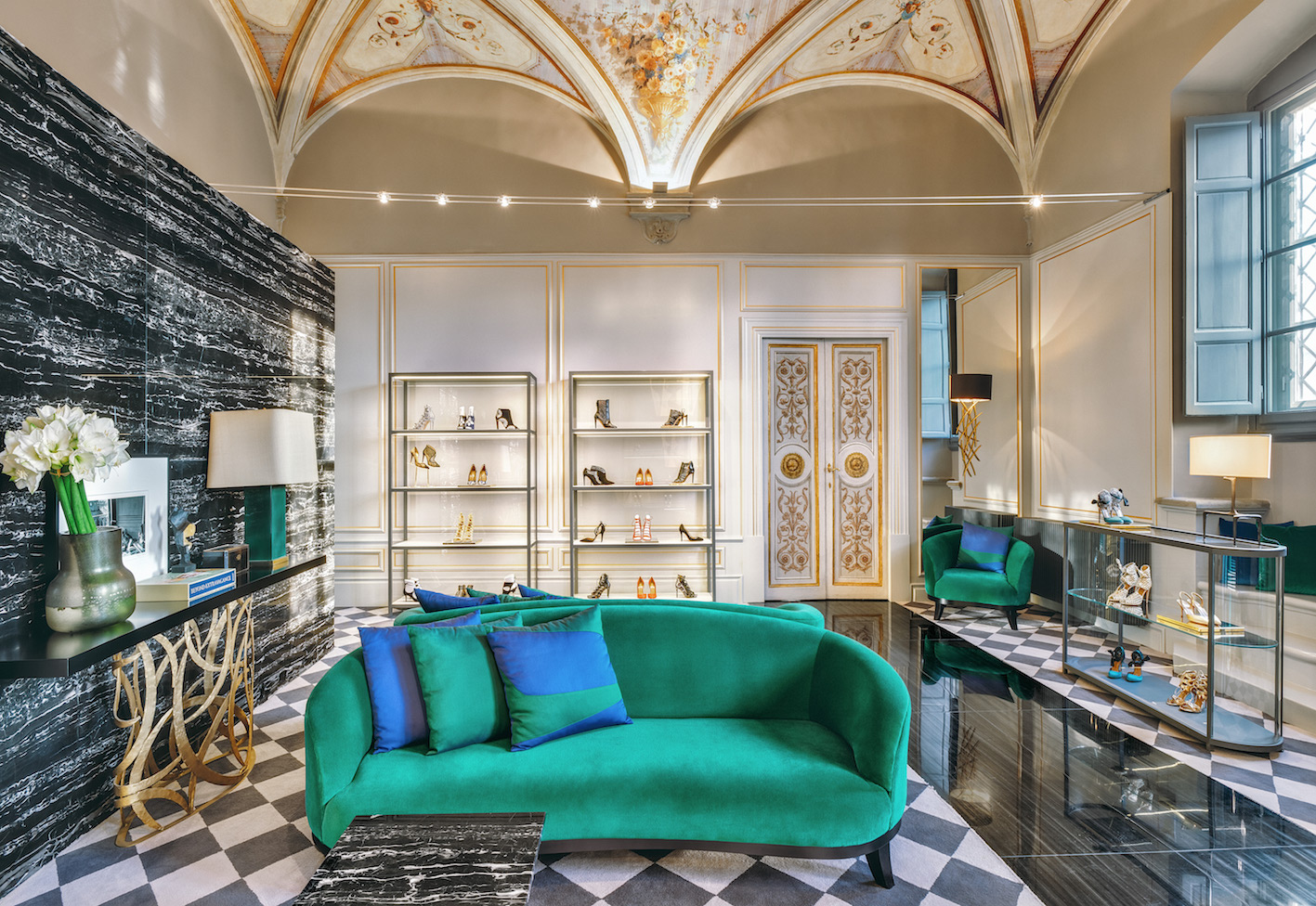 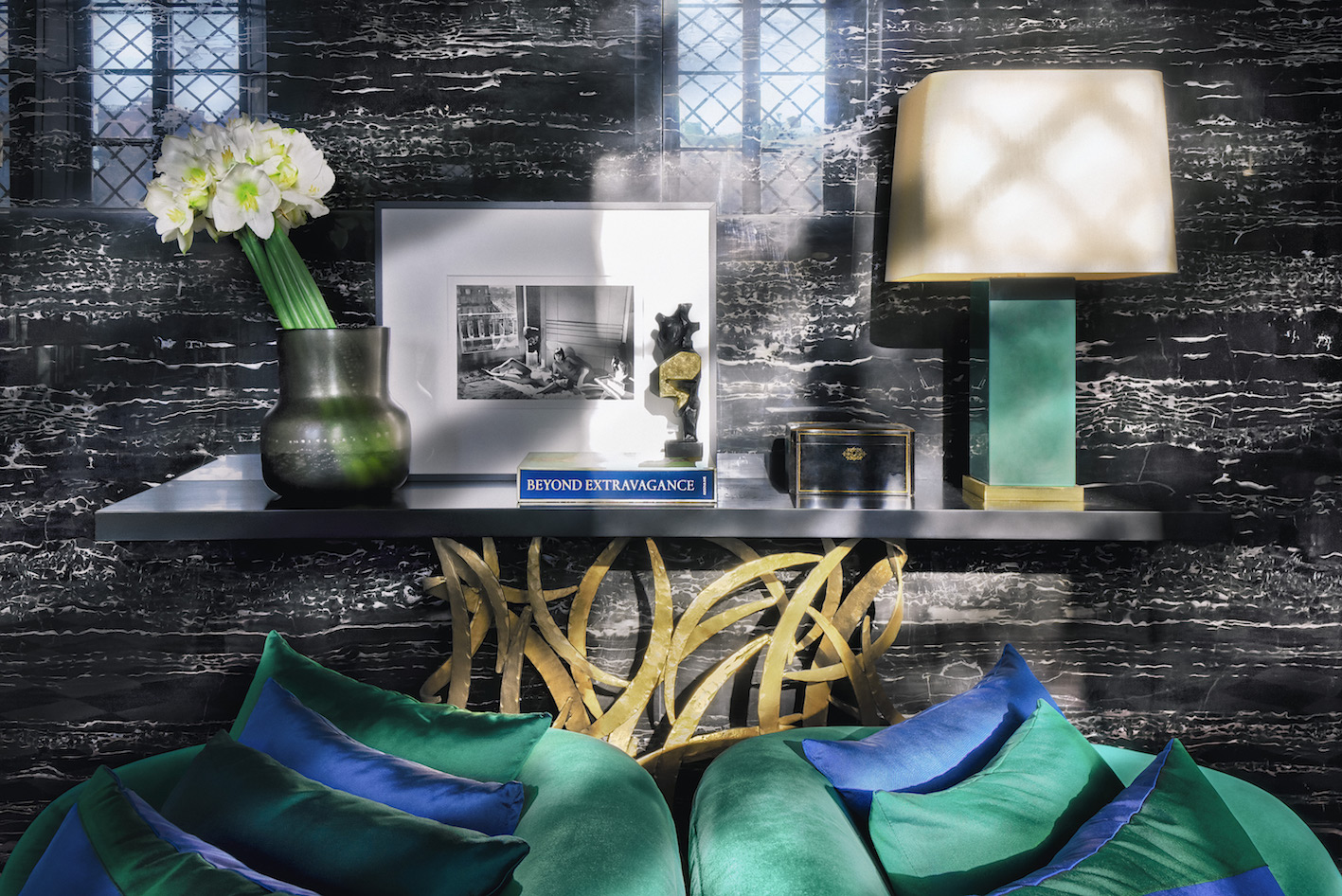 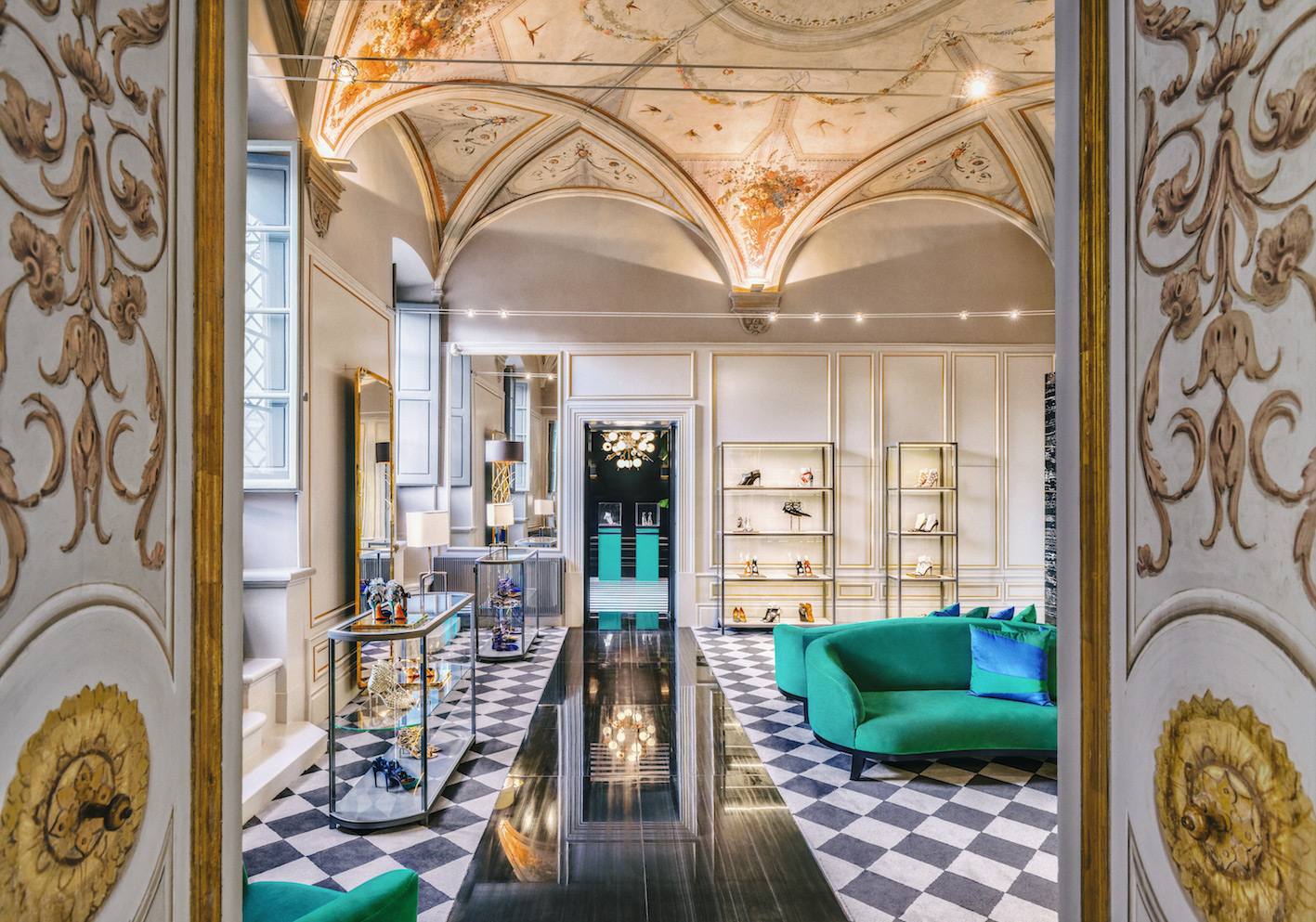 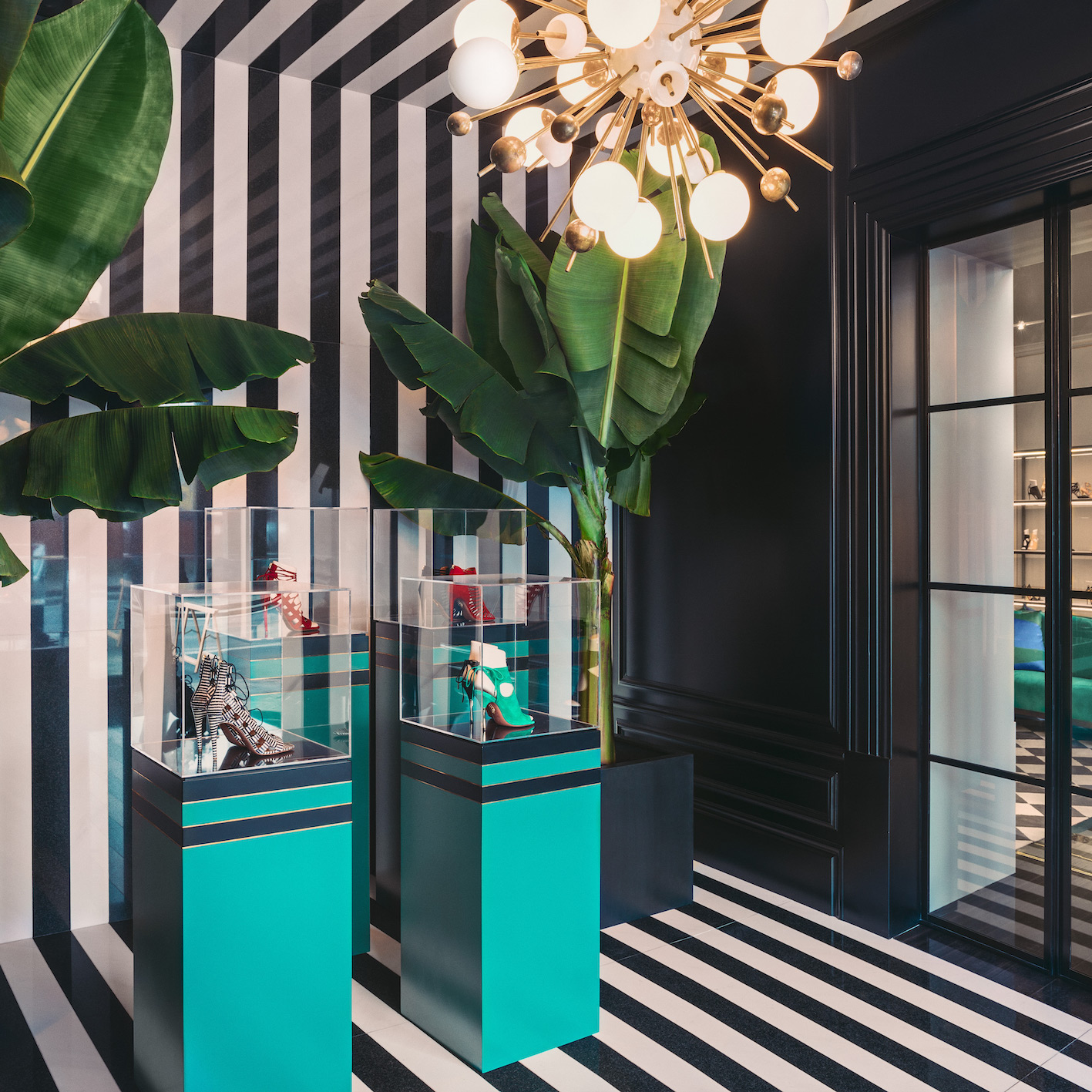 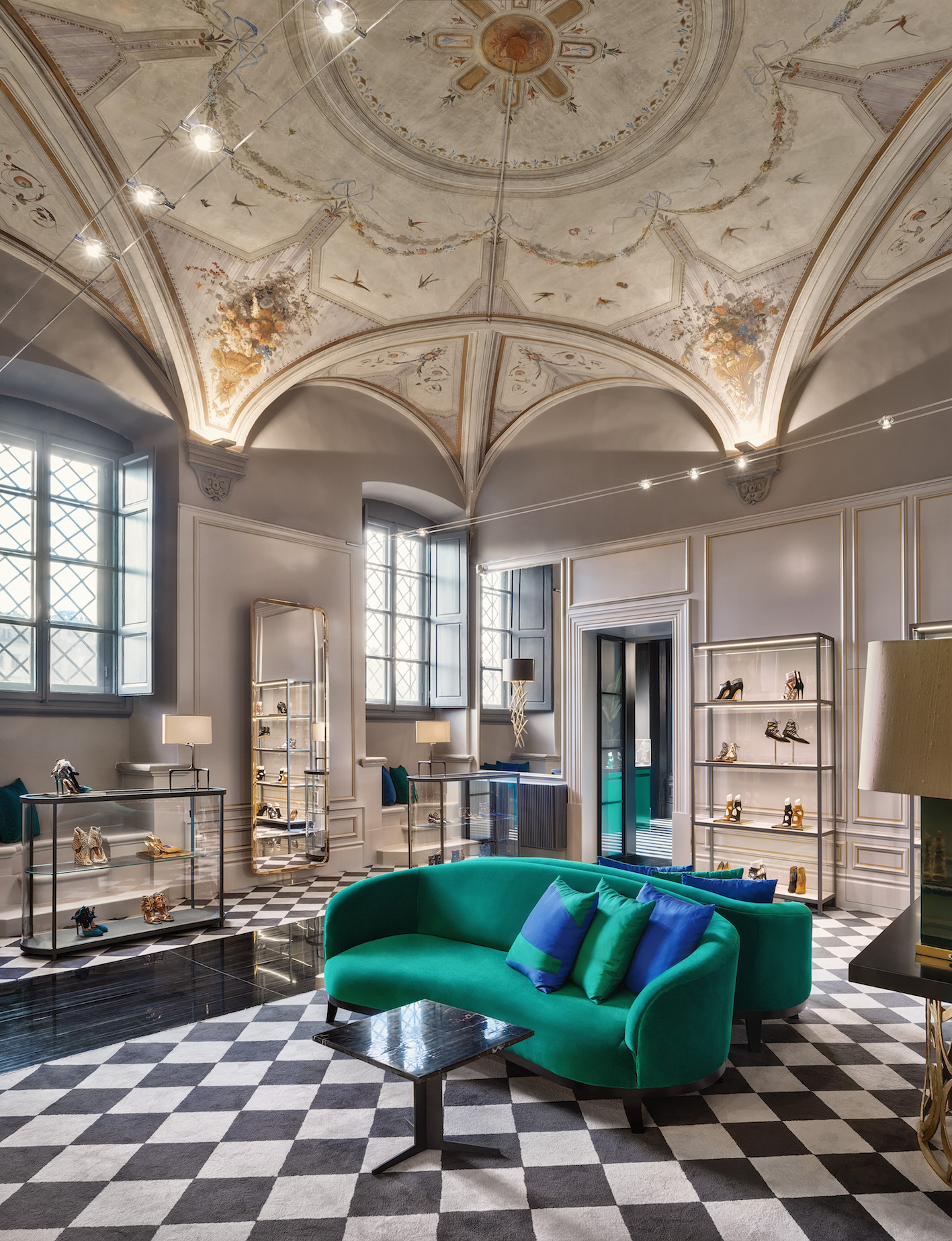 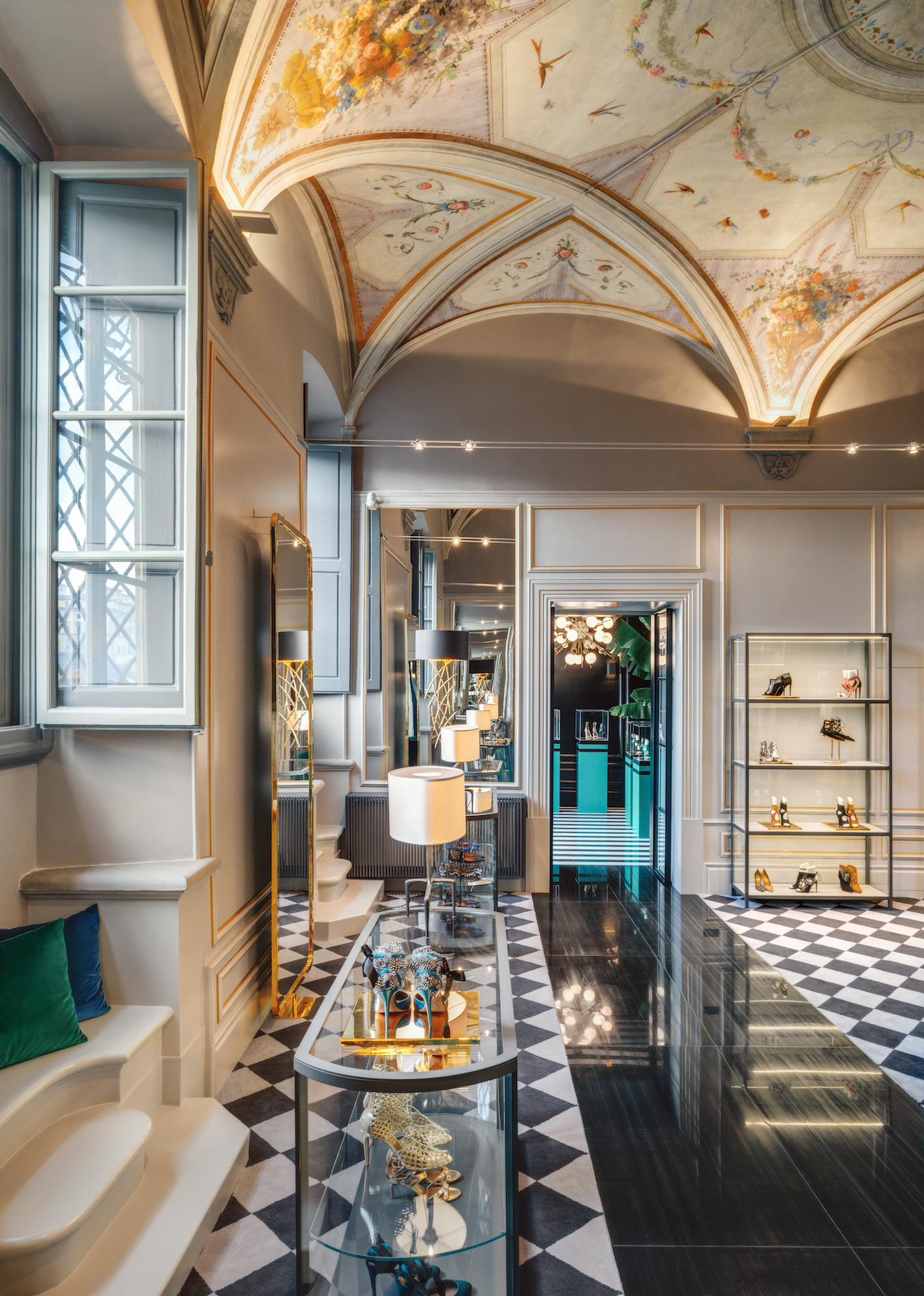 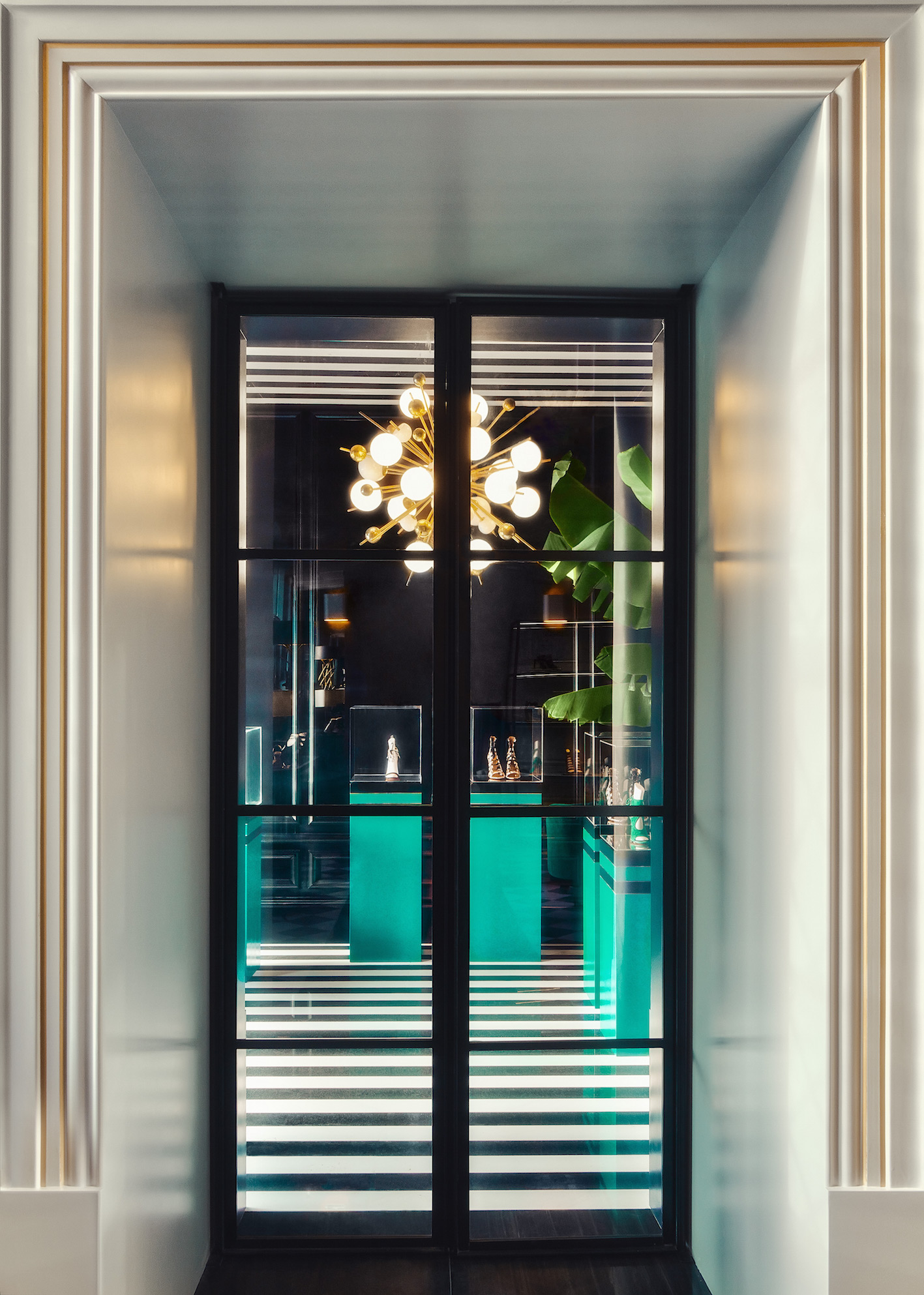