A Map of the World: The World According to Illustrators and Storytellers is an invitation to lose our way, to savor the pleasure of reading a map, tracing with a finger the line of a road as it leads toward an unexpected diversion, a square, a hidden corner. But it is first of all a grand project of illustration, a book in which real cartography is set aside in the name of the imagination. Thus the illustrator Martin Haake embellishes Munich’s network of streets with elephants, flowers, girls at the café and Ferris wheels. The Dorothy studio has reworked old maps from the 1950s to represent Los Angeles and create an immense cinematic street guide, while Joao Lauro Fonte offers a typographic interpretation of London, brightening up the black-and-white image with a flame red Thames. The volume is a challenge to the principles of mapmaking: here the world is not constrained by mathematical rules, but idealized. A delight for the eyes and the heart. Published by Gestalten. 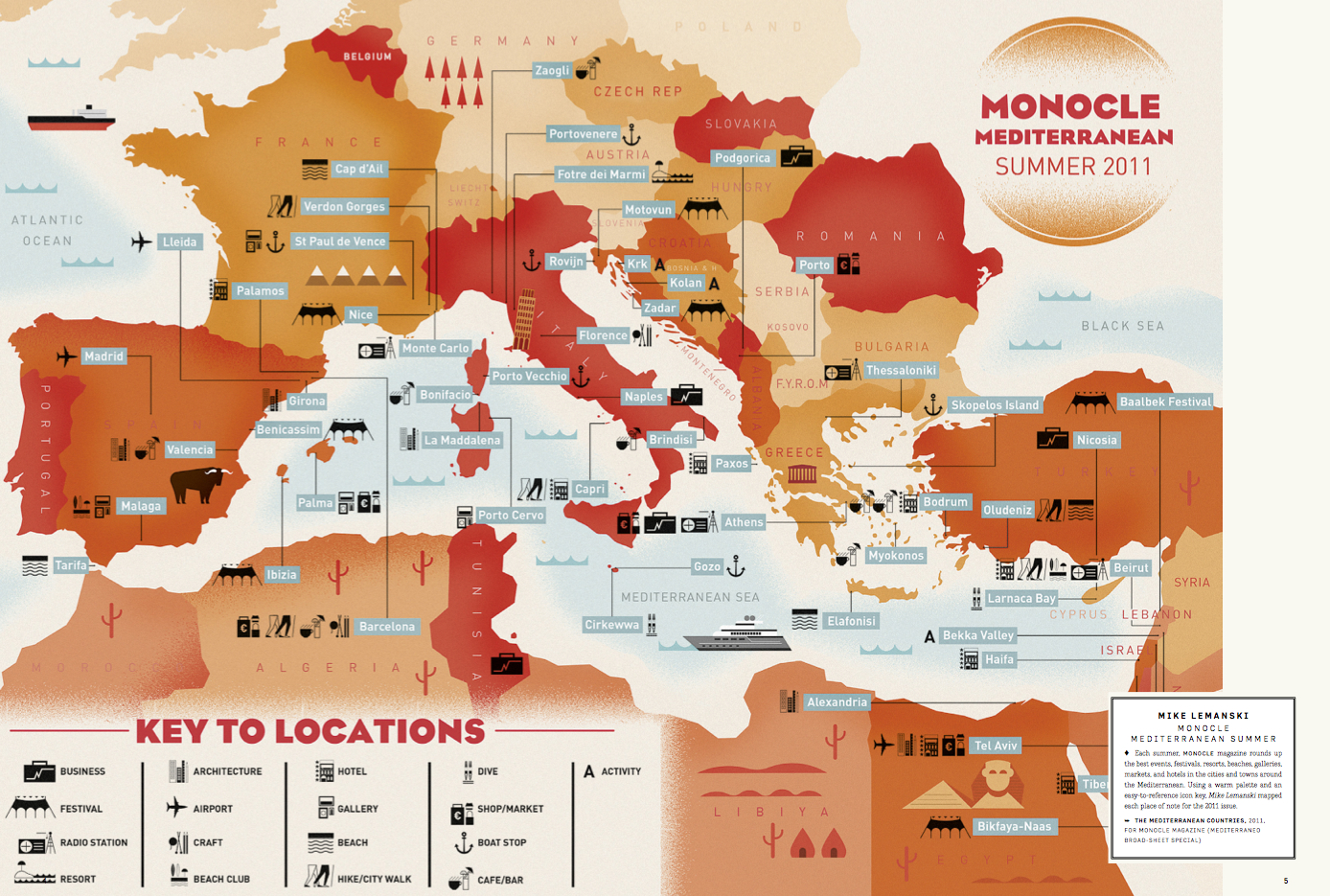 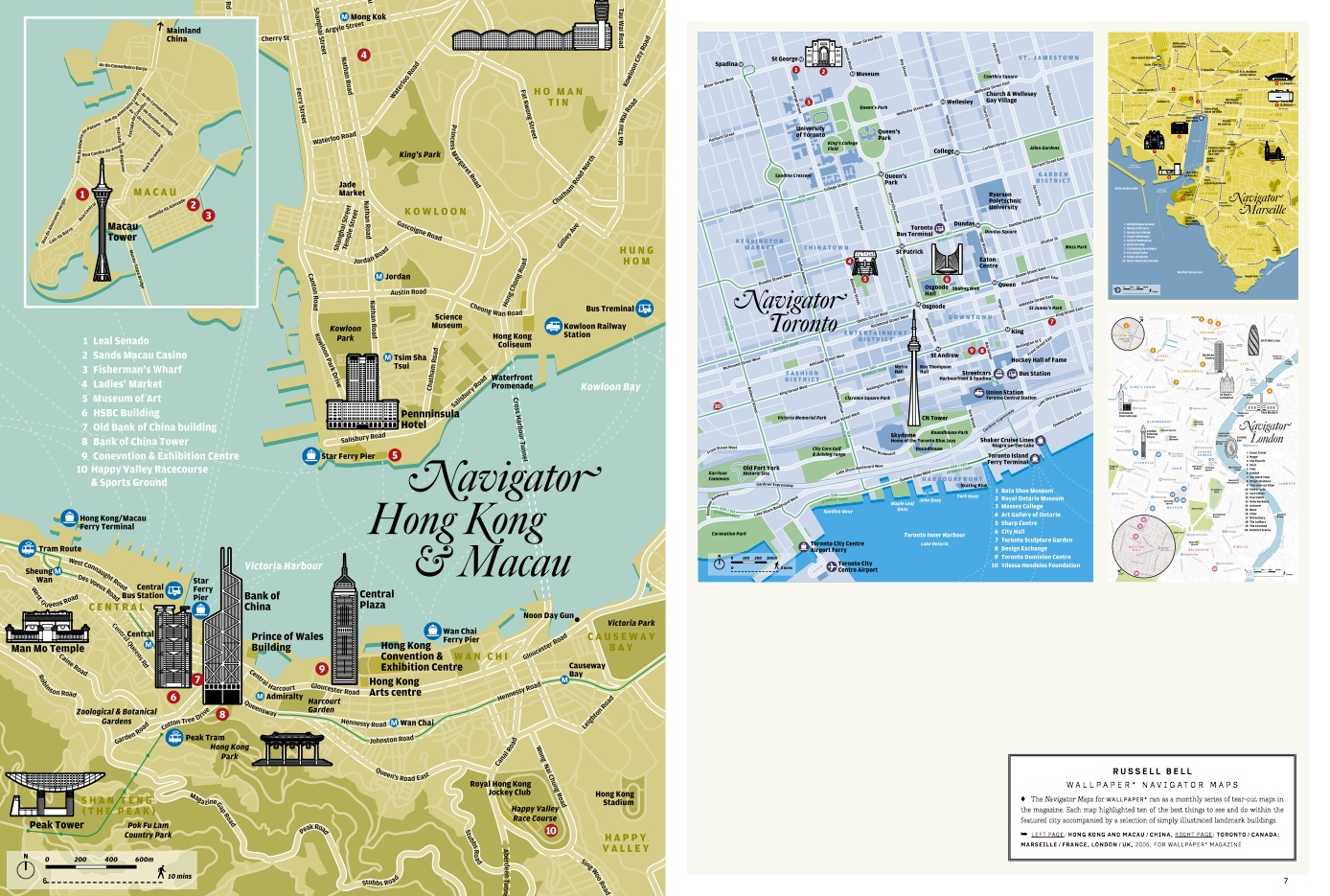 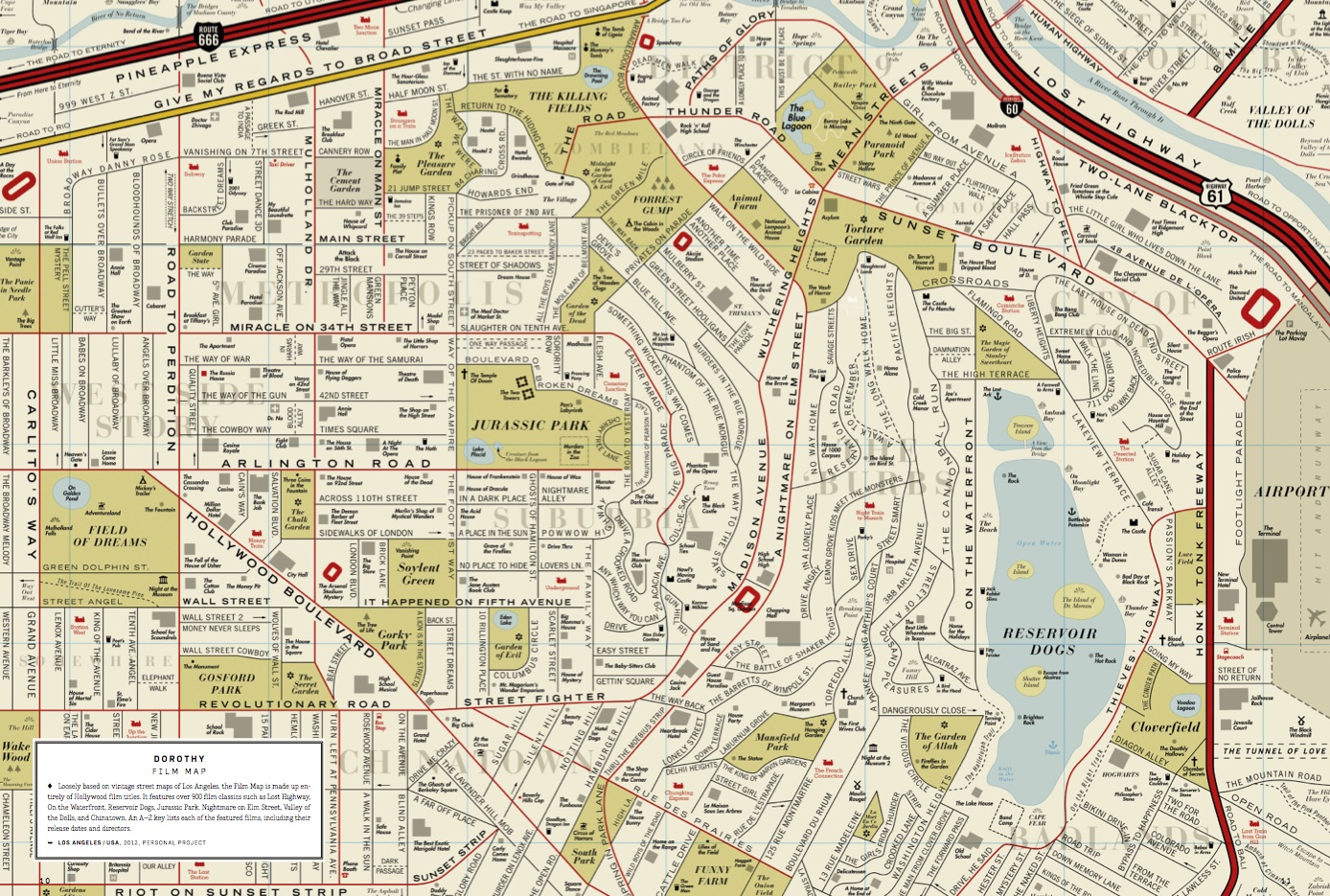 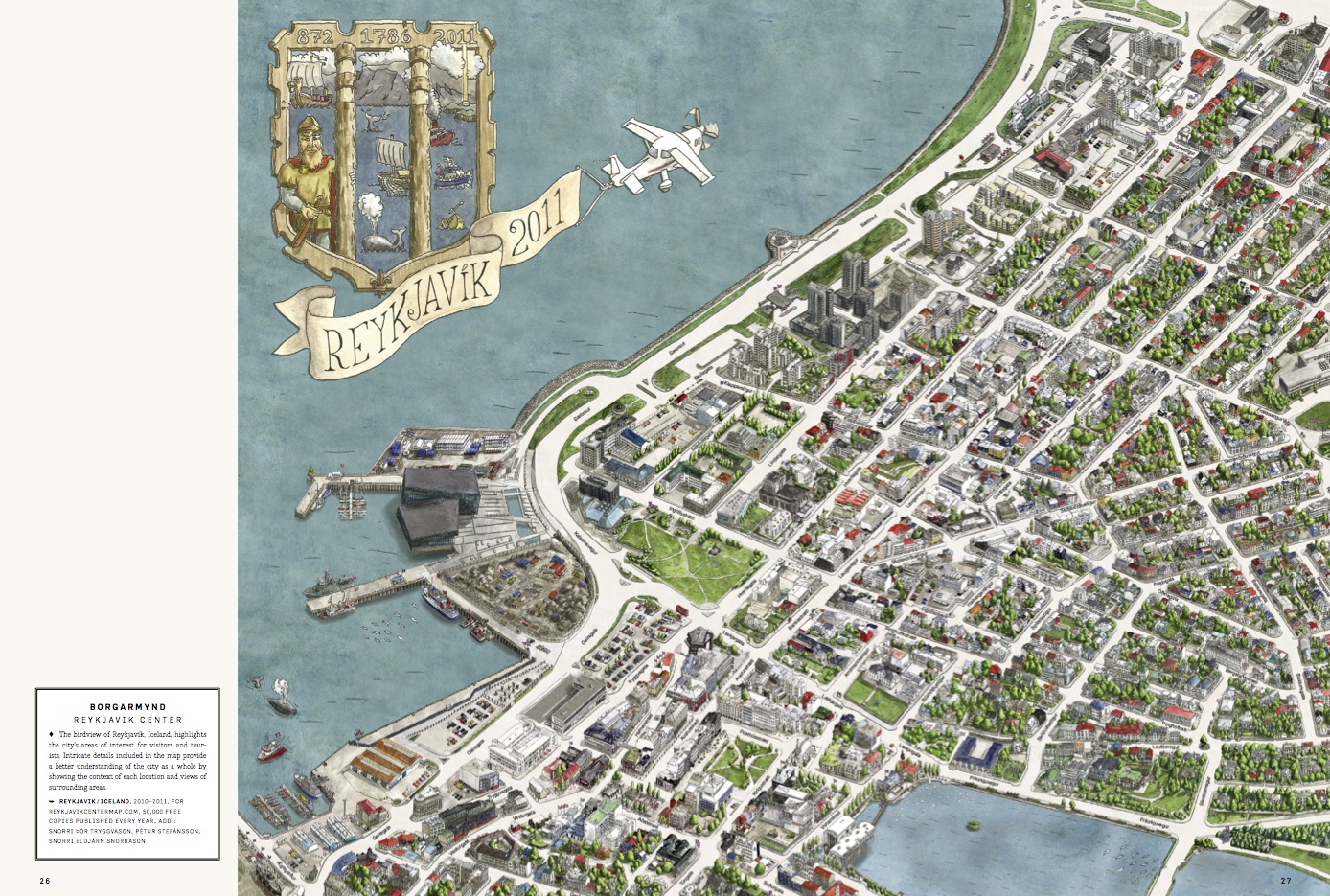 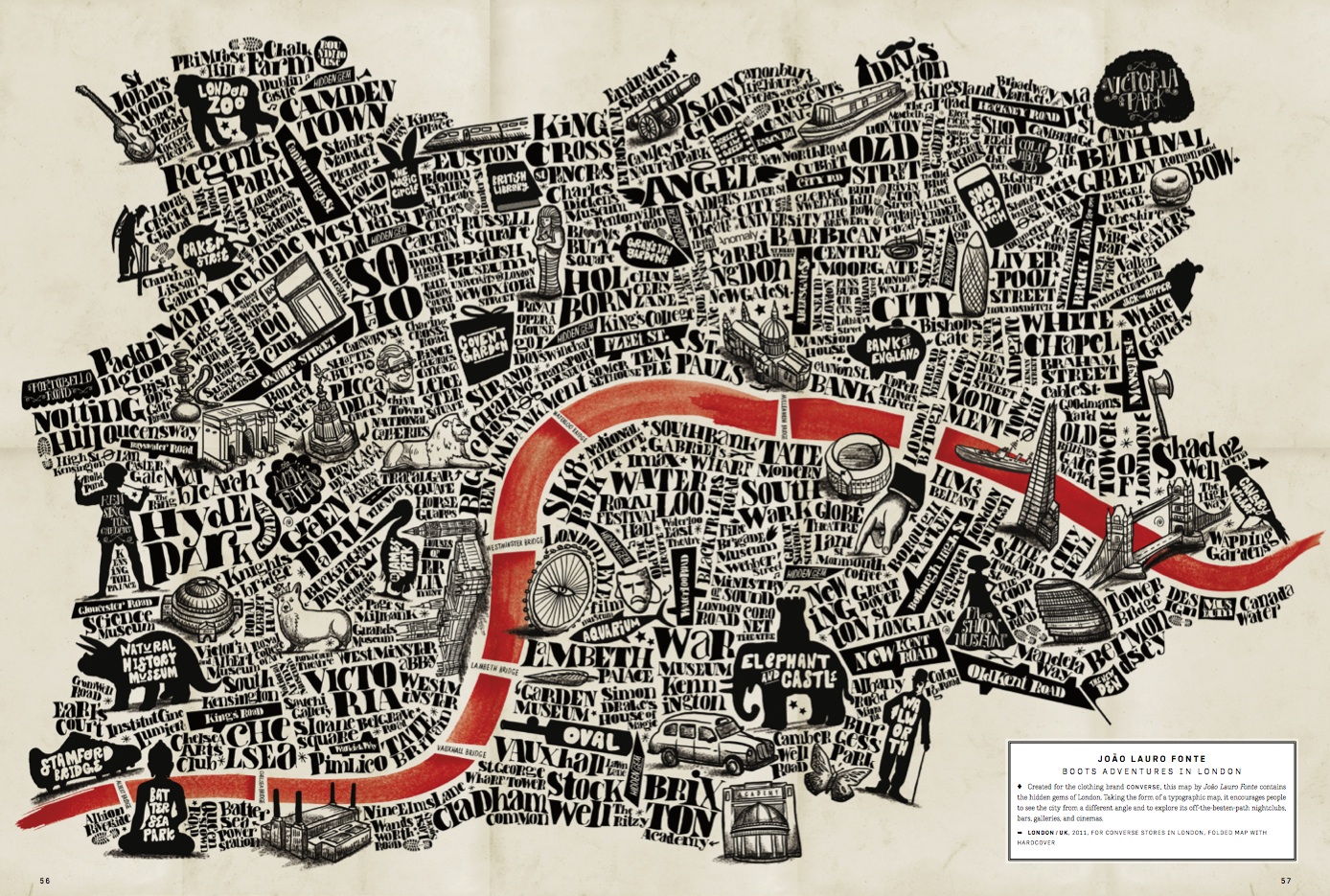 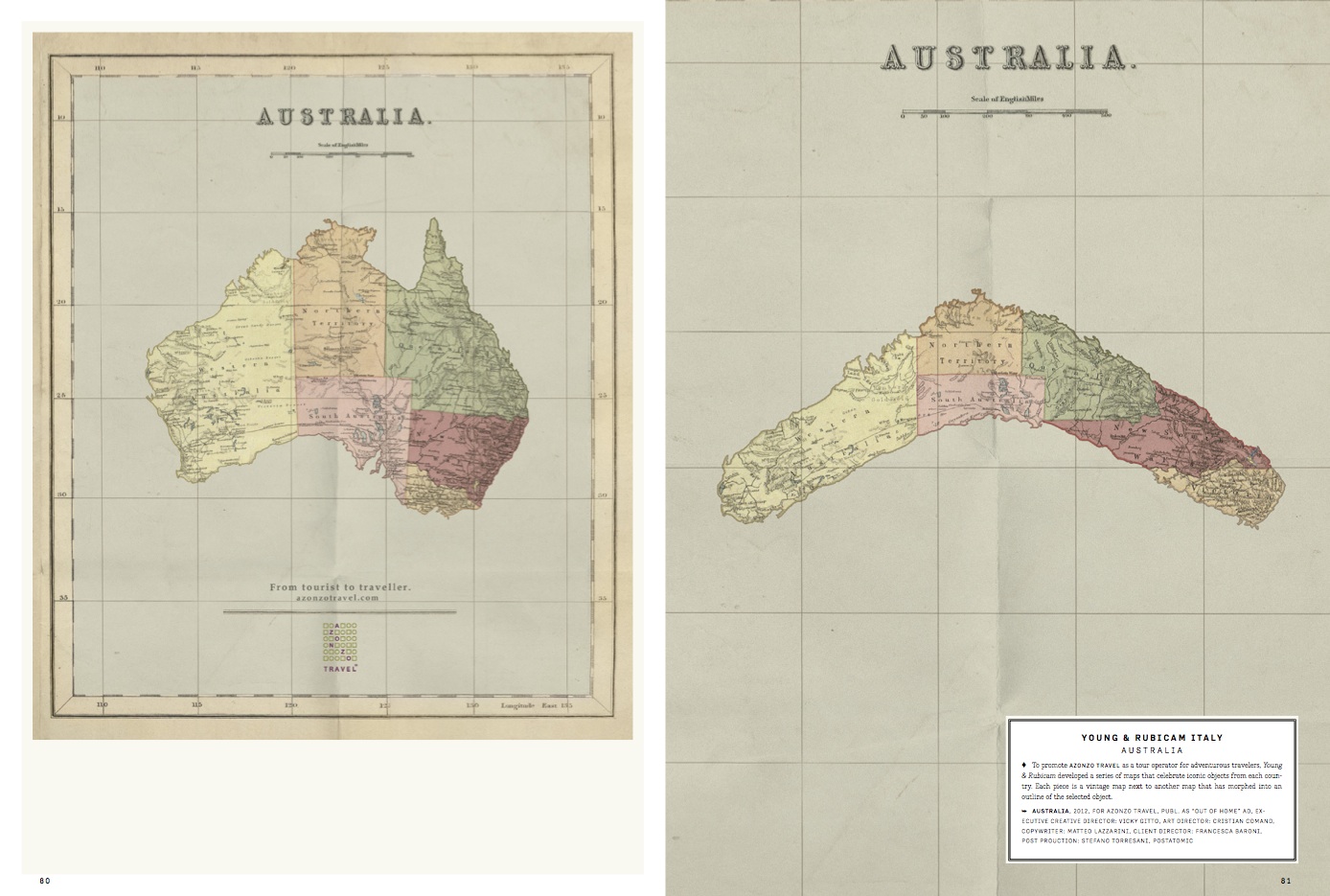 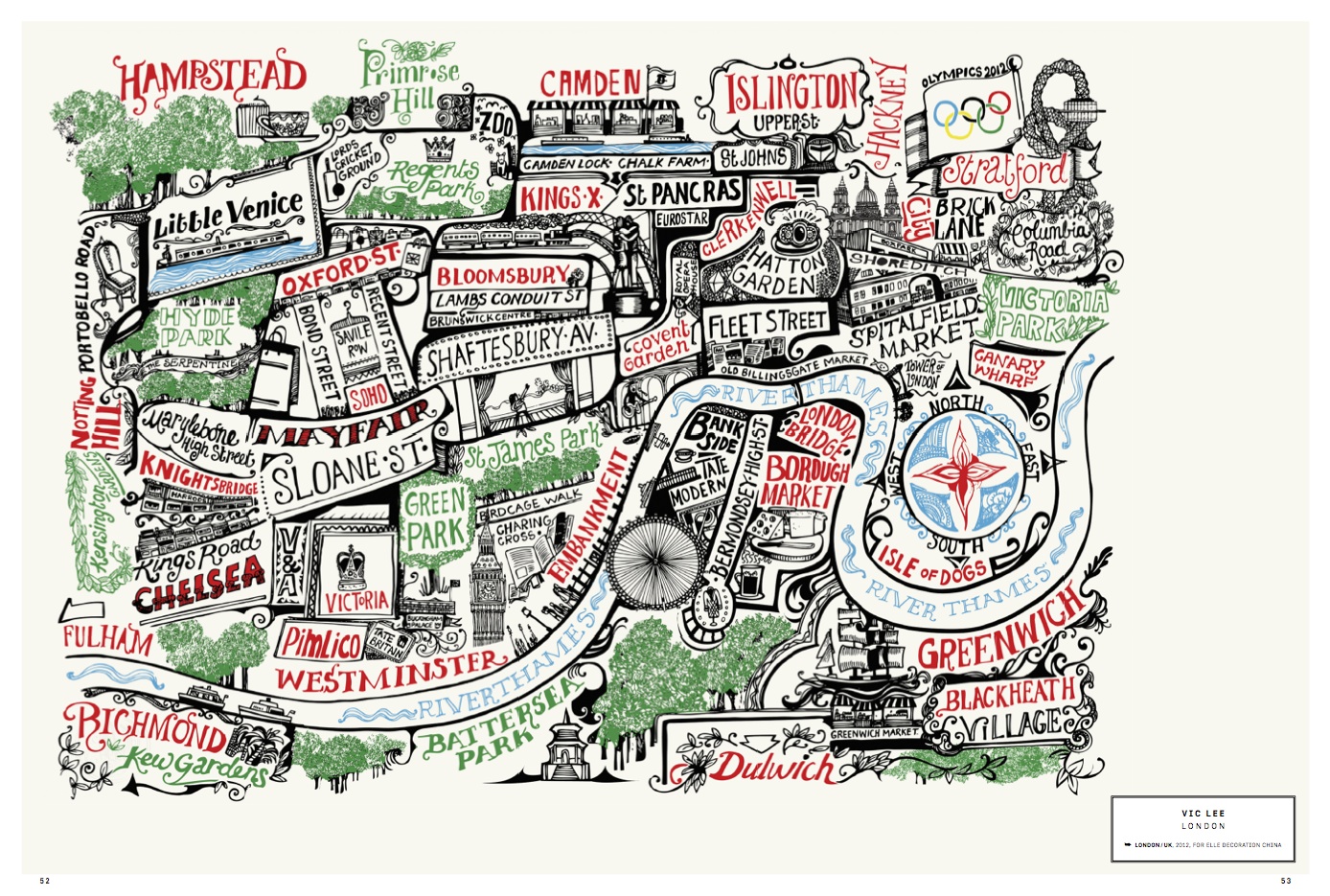 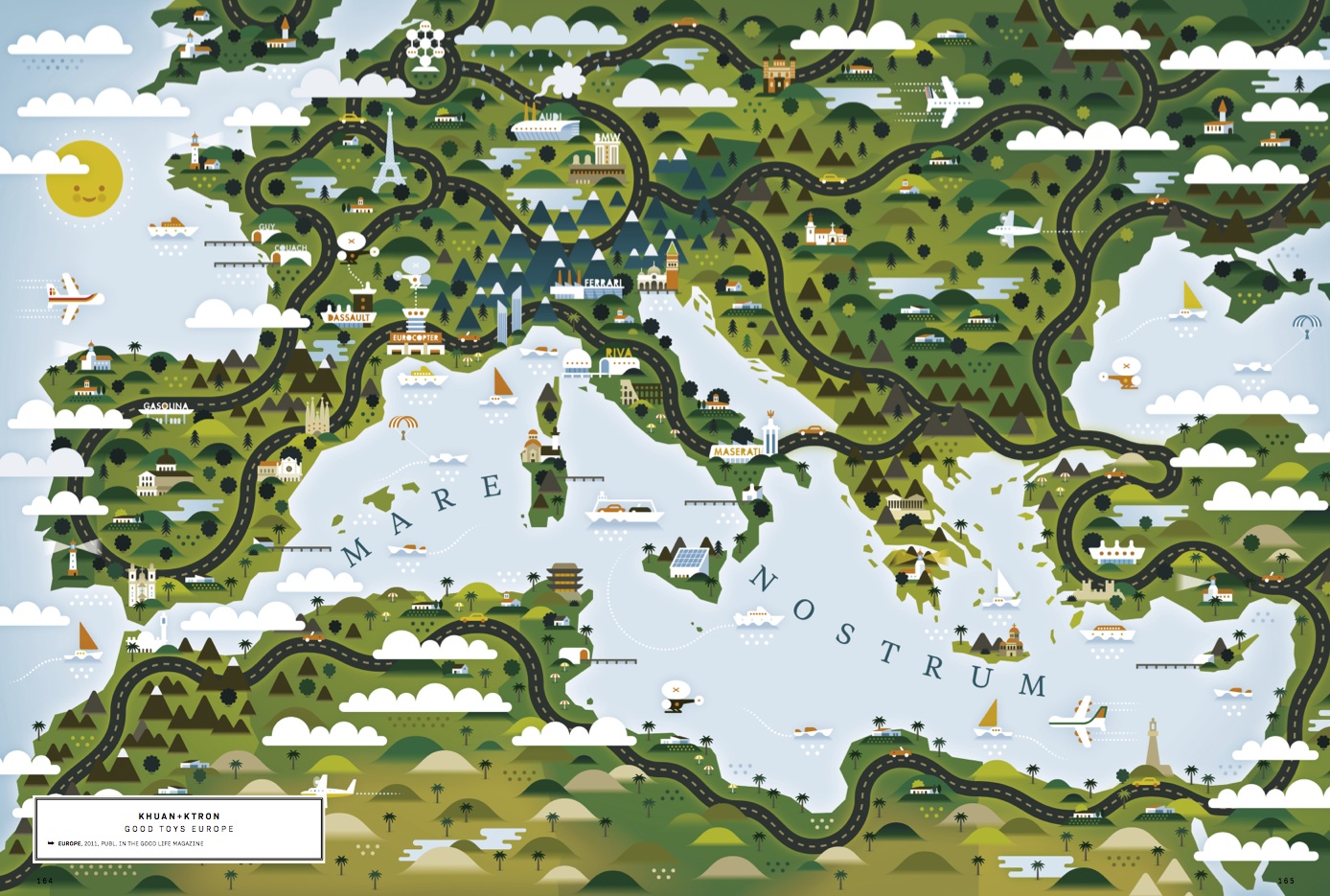 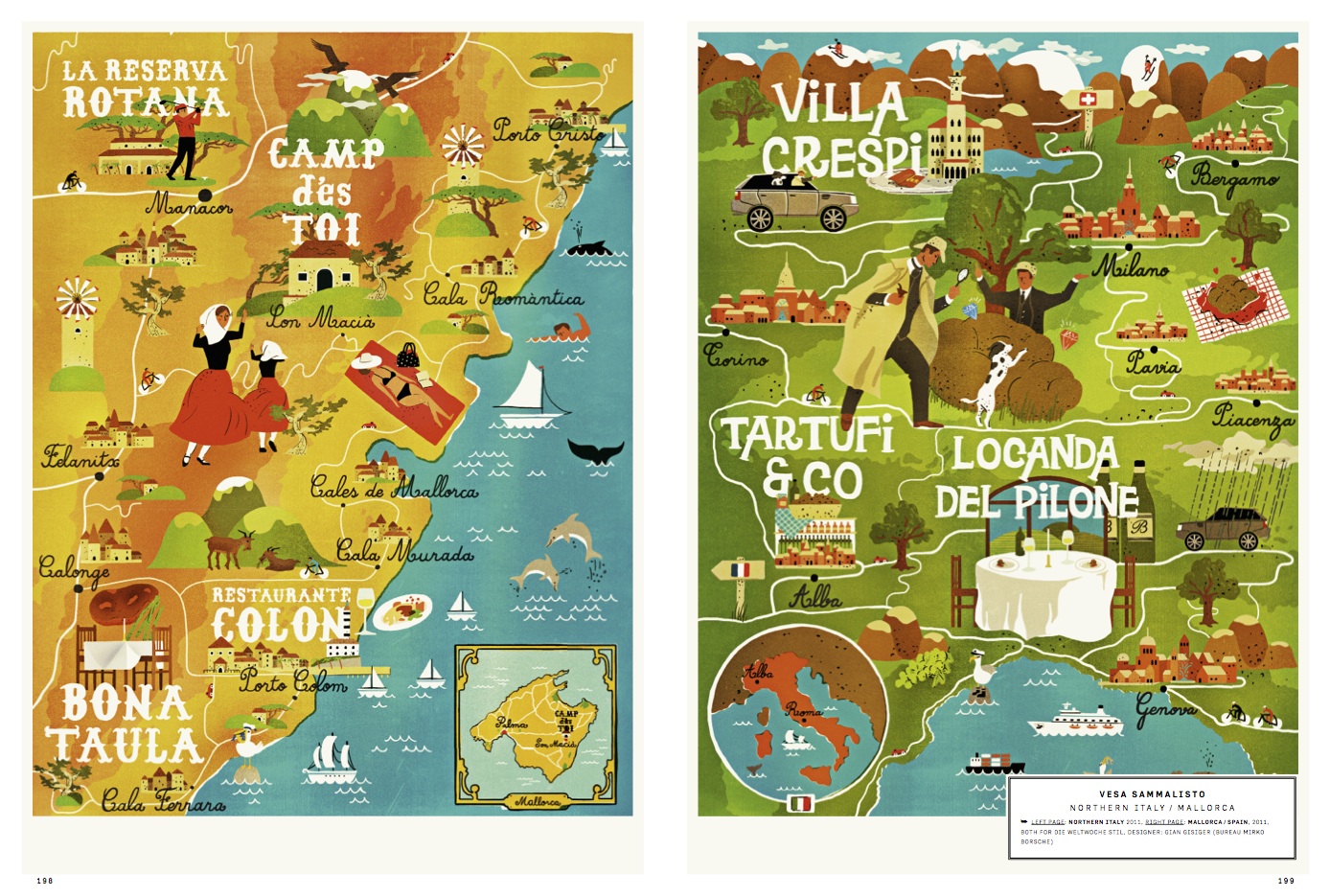 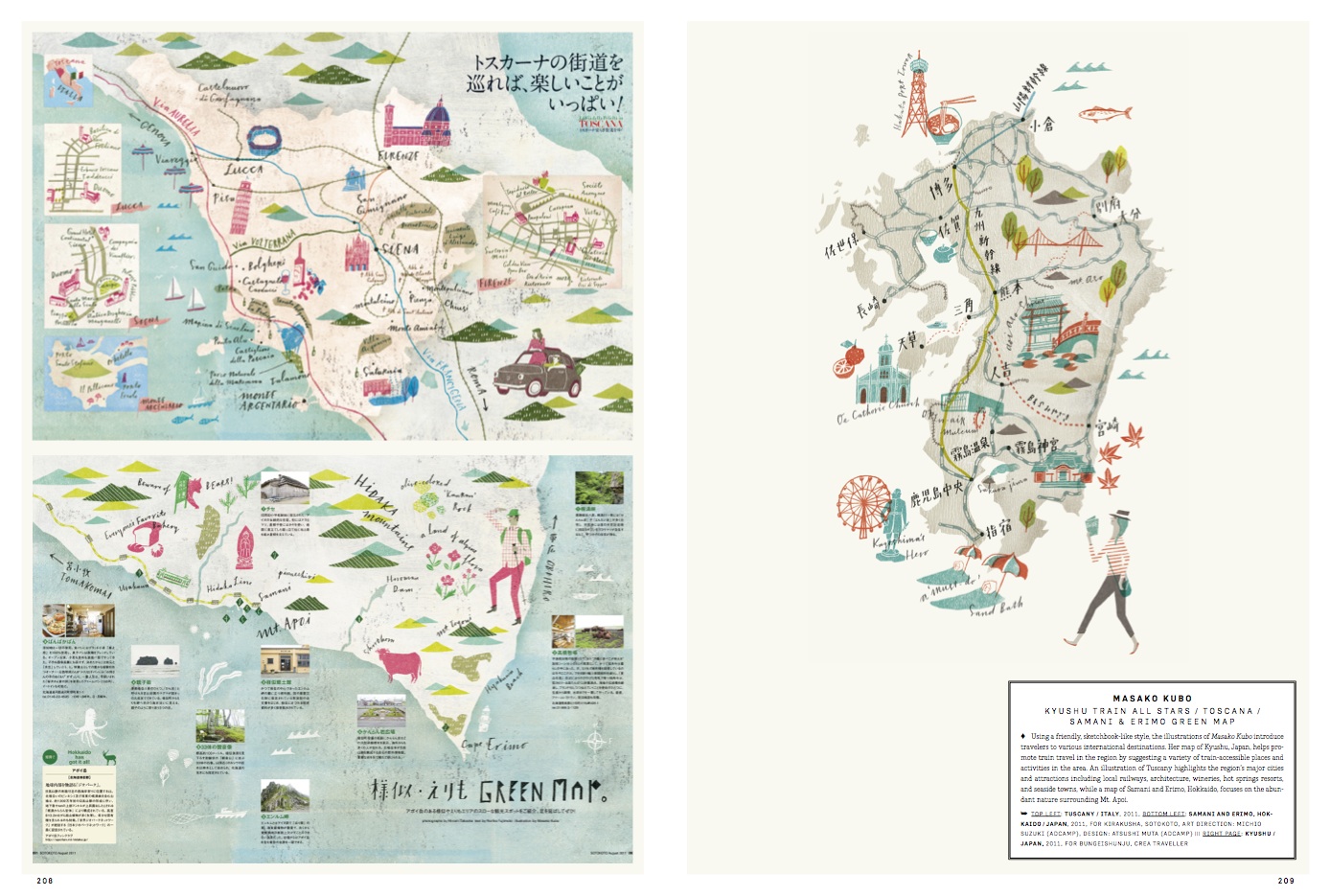 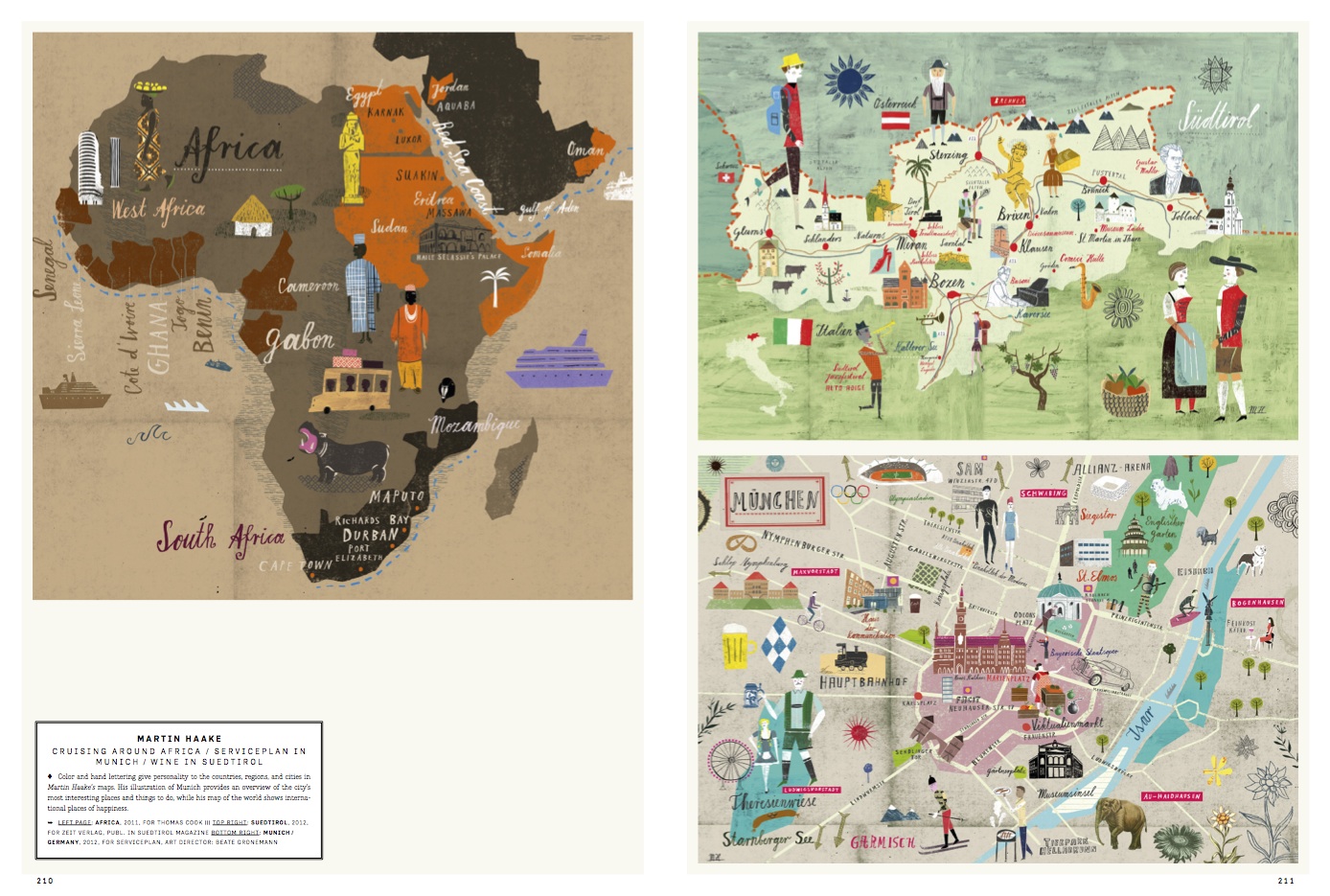 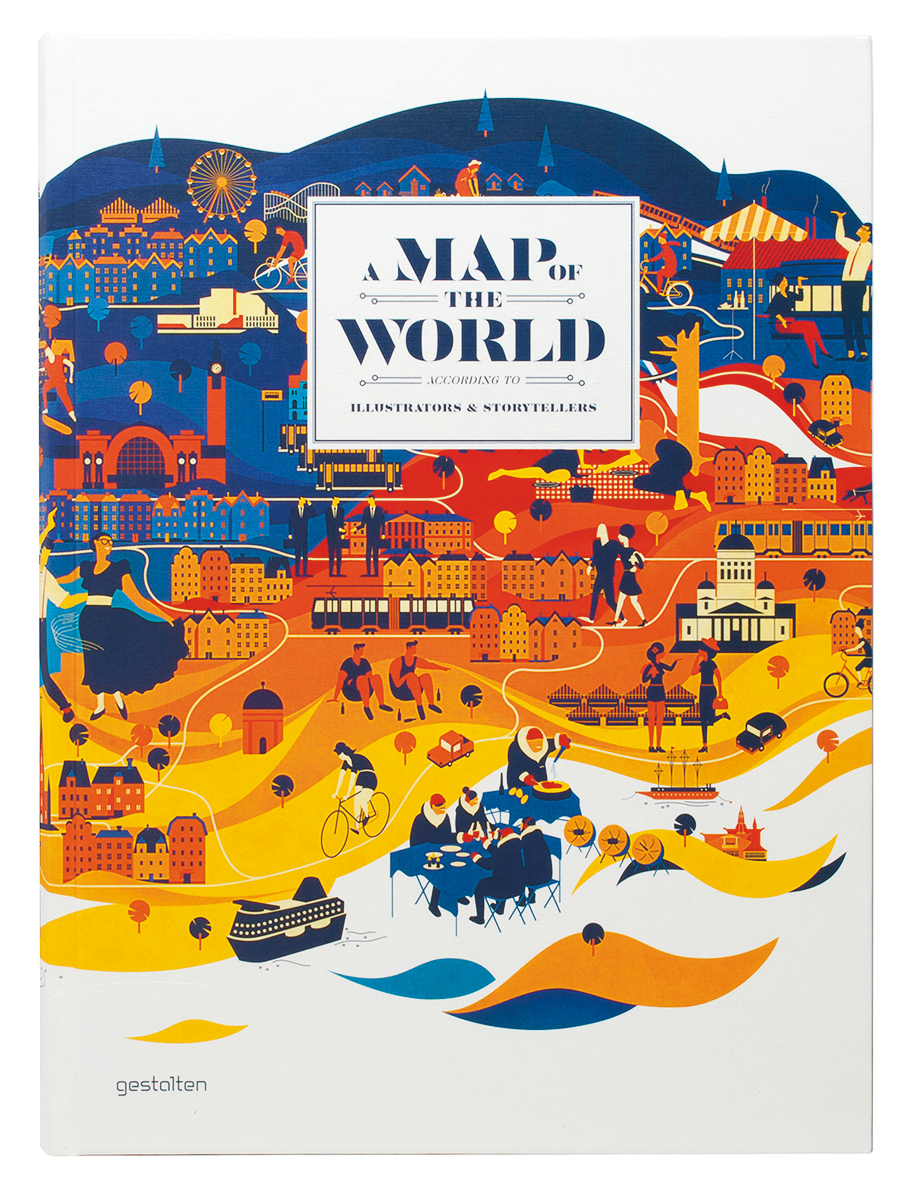