Born in 1977, Fabio Quaranta is a new name in the panorama of Italian fashion, but his essential style, inspired by workwear and military clothing, is already highly recognizable. In 2010 he won the Who Is On Next? award for having refocused attention on two concepts that have fallen into disuse today: comfort and quality. An artist manqué (by choice), he is not just an able and promising designer, but also a curator of crossover events at which fashion, performance and music are combined in a perfect blend. We interviewed him in the spaces of Progetto Calabiana, the place where he has his Milanese showroom, as well as an atmospheric location for shows and presentations.

You have an unusual background for a contemporary fashion designer. A degree in economics, a career in communication.

At first I wanted to become a broker and work in the business sphere. Fashion and clothes were just a passion. When I was a student I used to go around secondhand stores and flea markets, and to make ends meet I worked at Degli Effetti, a very exclusive boutique in Rome, one of the first to import the Antwerp school and Japanese designers. The change of tack came when I spent a year in Spain under the Erasmus scheme. At university there I studied ethics and respect for workers and the environment. All questions that I had never taken into consideration in Rome, where all they taught us was how to maximize profits. I realized that I wasn’t cut out to be a “traditional” manager or entrepreneur and, little by little, I decided to turn a passion into my professional goal.

Let’s take it step by step: I’ve read that it all started with a customized pair of sneakers.

Yes, it was a time when I was painting with vinyl paint. In my little studio, where I lived and worked, I remember cleaning a brush on my All Stars. One day, at work, the owner of the store noticed them and asked me to make ten pairs. We sold them all. Then a customer suggested we present them in Paris at a fair of independent designers and other creative people. The shoes were a great hit and we even saw them on sale at Barneys Japan and other major boutiques around the world. But it didn’t go any further. 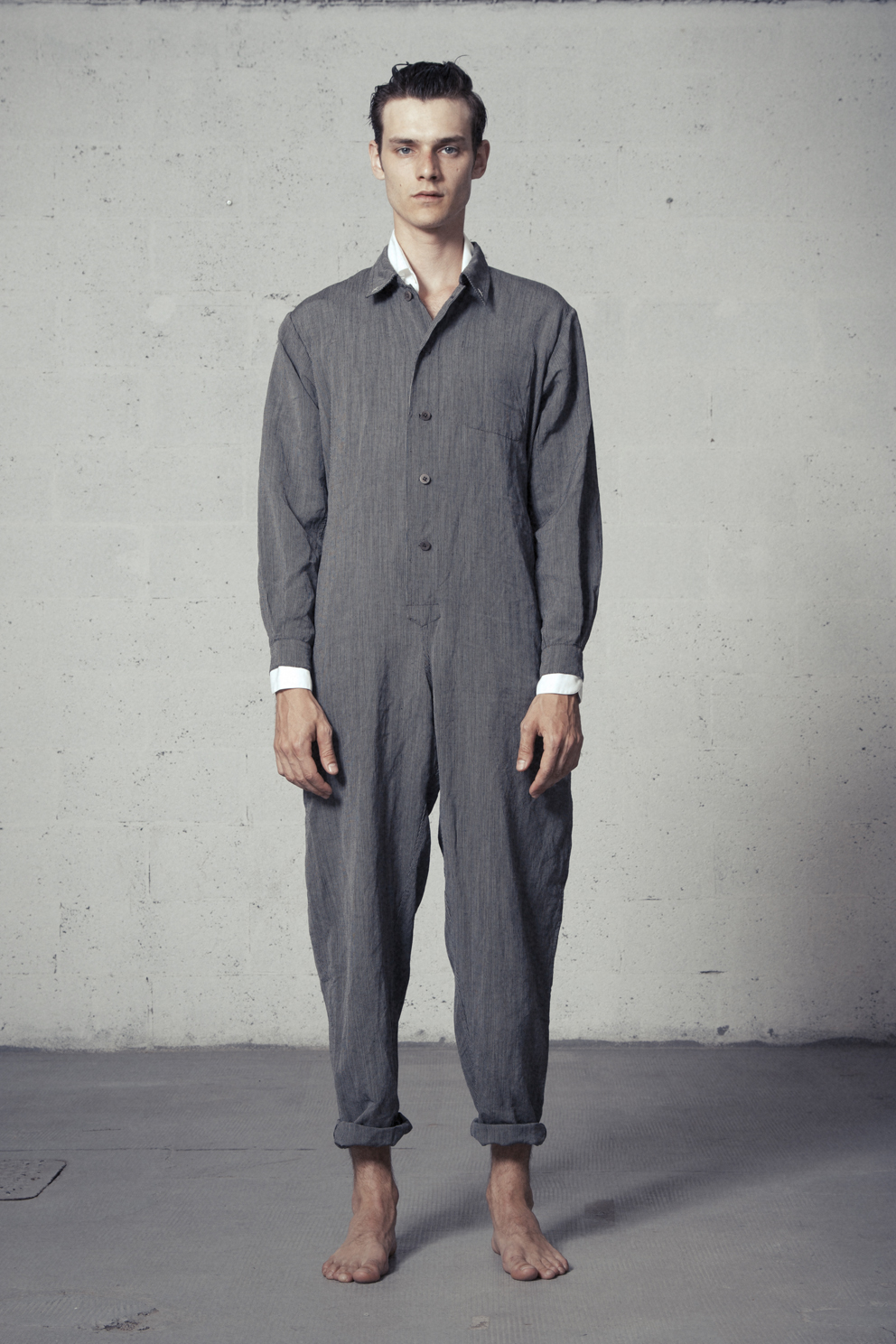 What did you do after university?

I painted and made installations. I was still a long way from the idea of becoming a fashion designer. When I finally understood that art was not the road for me, I decided to channel all my creativity into something concrete. I started to work for a company in Perugia that made clothing and accessories. I was responsible for all aspects of communication: from the design of a display to present a new project to graphics and the layout of the showroom. My curiosity about the world of fashion was great, and I observed with attention the work of the pattern makers and the seamstresses, from whom I learned a great deal.

So you came up with your own brand.

Yes, I set up the FQR (Fabio Quaranta Roma, author’s note) brand with some partners, but the experience didn’t last long as a result of poor management. Then the talent scout of Who Is On Next?, Simonetta Gianfelici, happened to ask me to take part in the competition. I was reluctant, but she didn’t give up and the following year I agreed. I created a collection ad hoc for the contest and, to my surprise, reached the final and won. It all started again from there.

That was in 2010. Three years have gone by. How much did that win help you to build your new brand?

It meant that I got much more attention from the press. A lot of stores and buyers showed an interest, but few of them actually bought. We were already in a difficult moment for the market and my collection was not exactly “easy.” But thanks to Vogue, Pitti Immagine and AltaRoma, three very important institutions, I was able to put on another show and establish fundamental contacts with the system.

Your collection is high end. What do you think of fast fashion?

I think it’s a successful business strategy and one that is consistent with the mutable status of fashion and the current economic situation. But I also think that the success of this system is threatened by a growing standardization, as well as by an inadequate culture of dress and little understanding of materials. Today everything has literally become disposable. It is also our duty and responsibility to get the values of quality and durability across better. 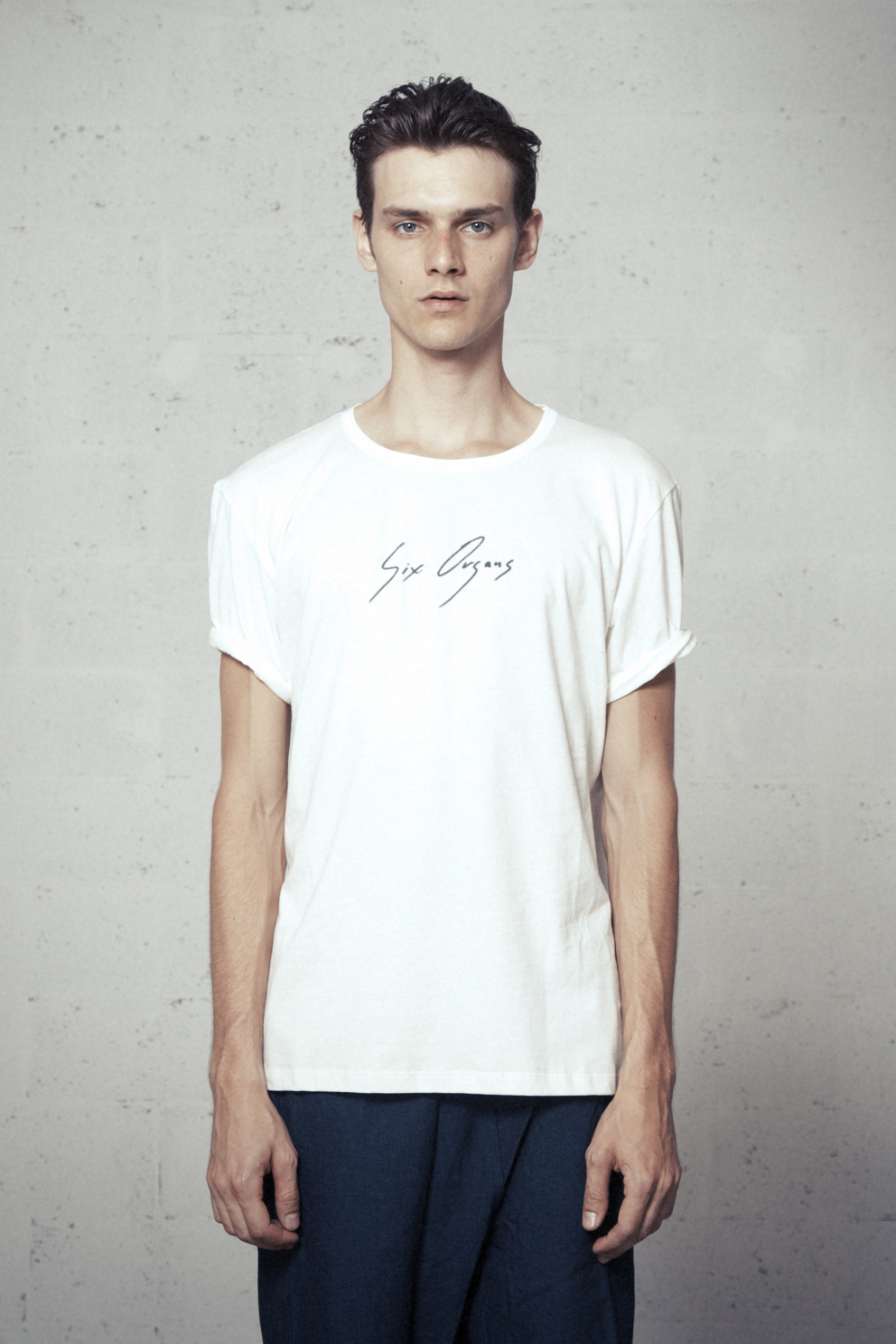 Do you think fast fashion will be able to completely take the place of ready-to-wear?

It’s already achieved an enormous success, eating into the market share of most of the big ready-to-wear labels, but giving greater credibility to an alternative of quality.

In what part of the world is your line most in demand?

In Asia. That’s where the markets most interested in this type of product are to be found.

So is the future of the real “made in Italy” going to be confined to niche productions?

The future of “made in Italy” lies in going back to offering an authentic handcrafted product. As far as I’m concerned, for some years I’ve been working with a young tailor, Andrea Caraceni, who belongs to a dynasty that has been handing down its craft for generations. We are trying to marry the experience of design with know-how, proposing a product of artisan quality, free from the obsolete schemes of tailoring.

What else can you tell me about your collection?

I’m inspired by workwear and by military clothing: the contemporary character of these garments is incredible. I’m thinking of the Burberry trench coat and of jeans, which are known to have originated as working clothes. Everything that has become an icon of menswear comes from these worlds, since that’s where the quest for utility and the comfort of the person begins. One of the items of clothing I like best is the overall, the epitome of workwear. 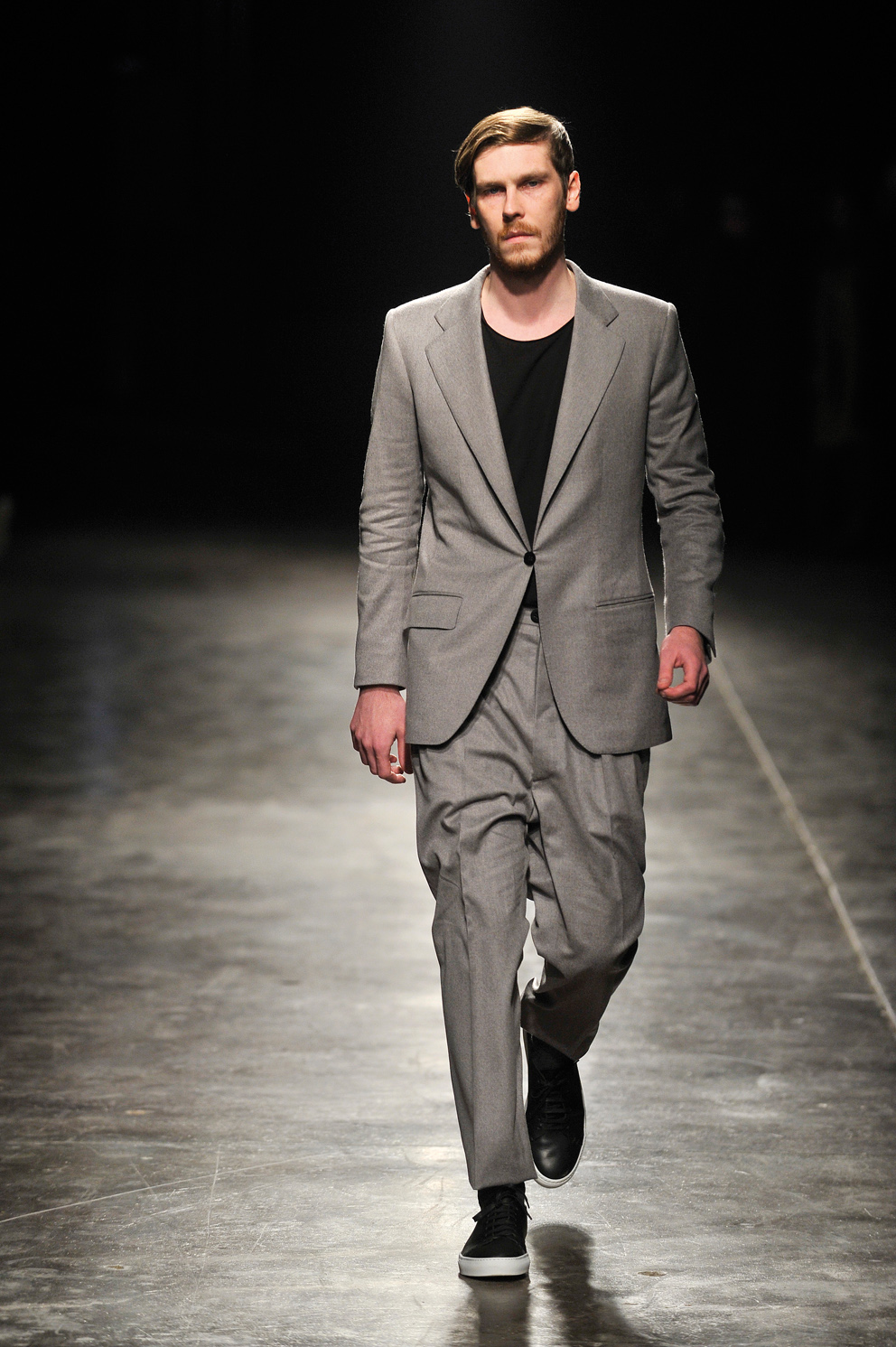 Tell me about the Motelsalieri project.

Motelsalieri started out in Rome in 2006 as a creative studio, initially a meeting place for friends, not open to the public. Then, over time, it turned into a location devoted to culture, a sort of gallery for temporary projects. Only subsequently did it evolve into what it is today, a venue-cum-menswear store that periodically puts on art exhibitions and live performances.

So, in the end, you’ve drawn close to art again. Why did you give up the idea of being an artist yourself?

The moment of rupture coincided with my first visit to an exhibition of Francis Bacon’s work: that day I saw in those rooms what had always been at the back of my mind. With great honesty, I told myself that I’d never be able to be an artist. Since then I’ve had a better relationship with the world of art. Collaborating with artists, but not being one, makes me feel really good. It’s what I love most.

It’s the driving force of my private and professional life. I like to work with musicians who are also active in the field of the visual arts. I find it interesting to put their sensibility on show with the help of other artistic supports. In the past we have organized solo exhibitions with works by Jandek, Daniel Johnson, Ben Chasny and Baby Dee. One disk has even inspired one of my collections. I’m talking about an album by Current 93 (a group formed by David Tibet in 1982, author’s note), which played at one of my presentations. It was a live performance with the parade entering the concert. In July, again at the Motelsalieri space, it’ll be the turn of Adam Green.

Given the success of your line, I imagine that your degree in economics has been of some use.

Undoubtedly. The creative part is just one small aspect within a brand. There are also logistics, management of the product, access to credit and other things. There are so many difficulties that it is better to get a good experience in business first, to learn how the whole machine functions. A genius without a structure runs the risk of seeing his work come to nothing. 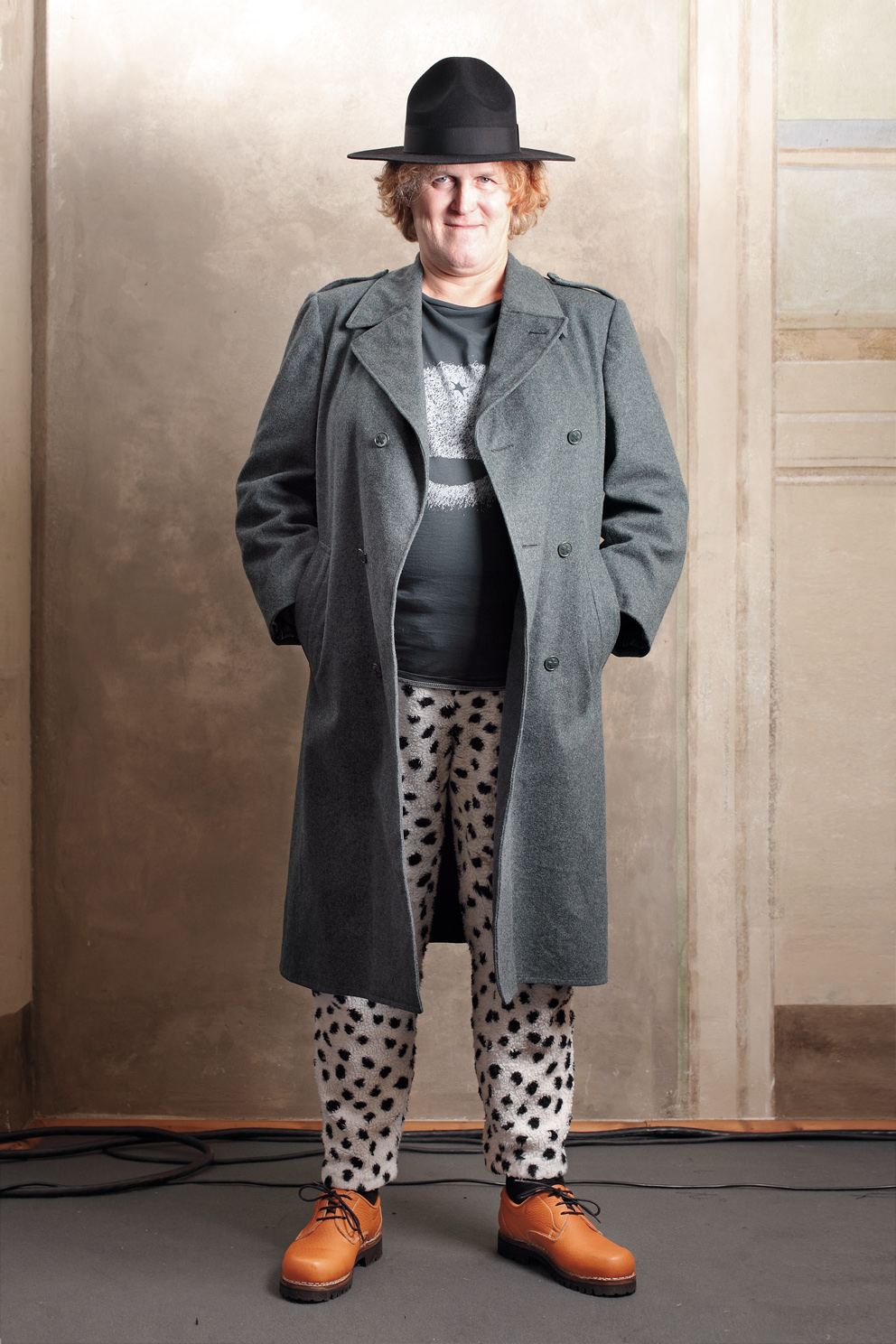 On top of all this, you are also a lecturer and researcher at the IUAV. What do you advise your students?

I took fright when they offered me this job. I was afraid of finding myself on the other side, behind a teacher’s desk. The teacher is in a position of great responsibility. The most important lesson I try to get across to them is that they should always be themselves. I start from there, the rest comes afterward. 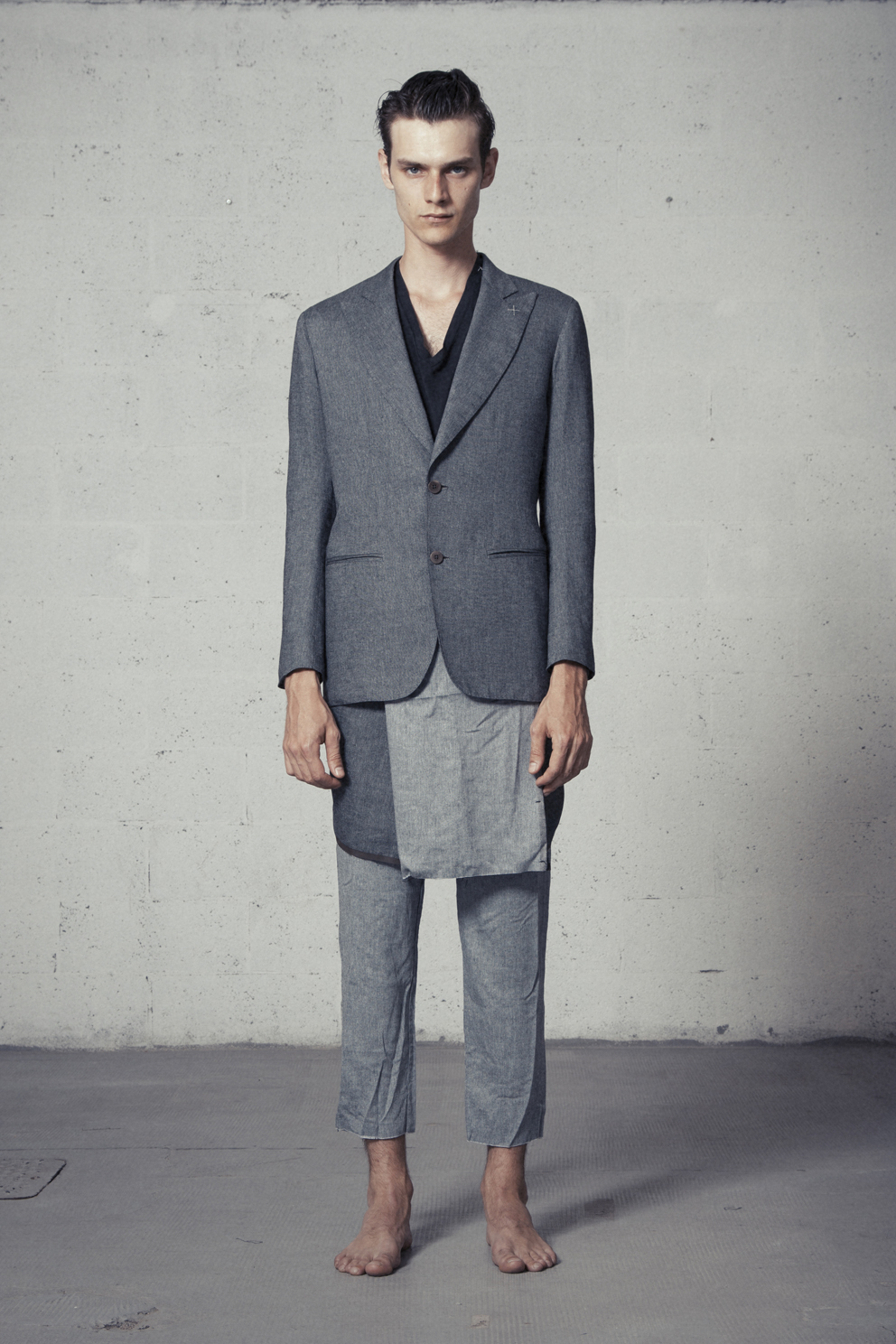 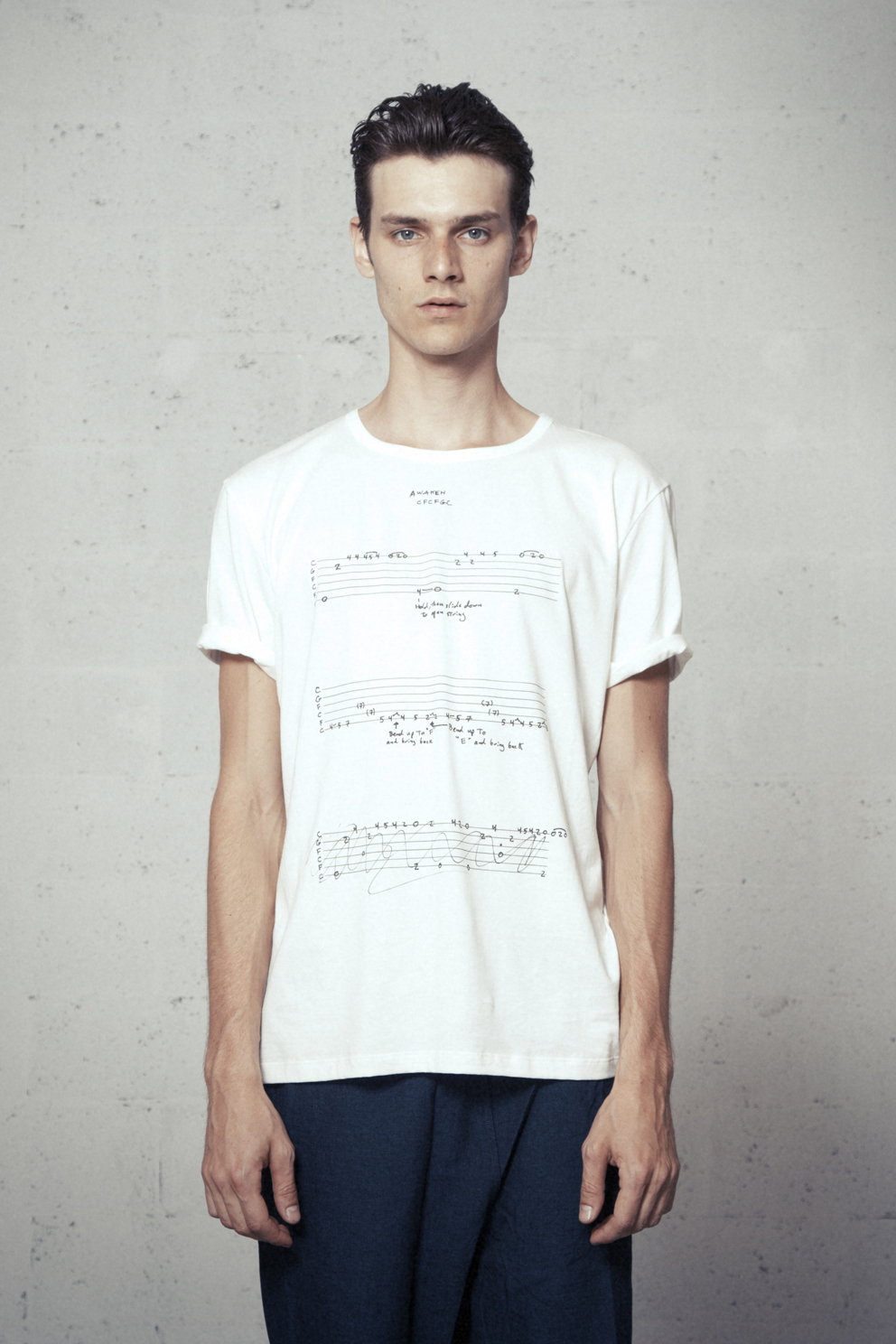 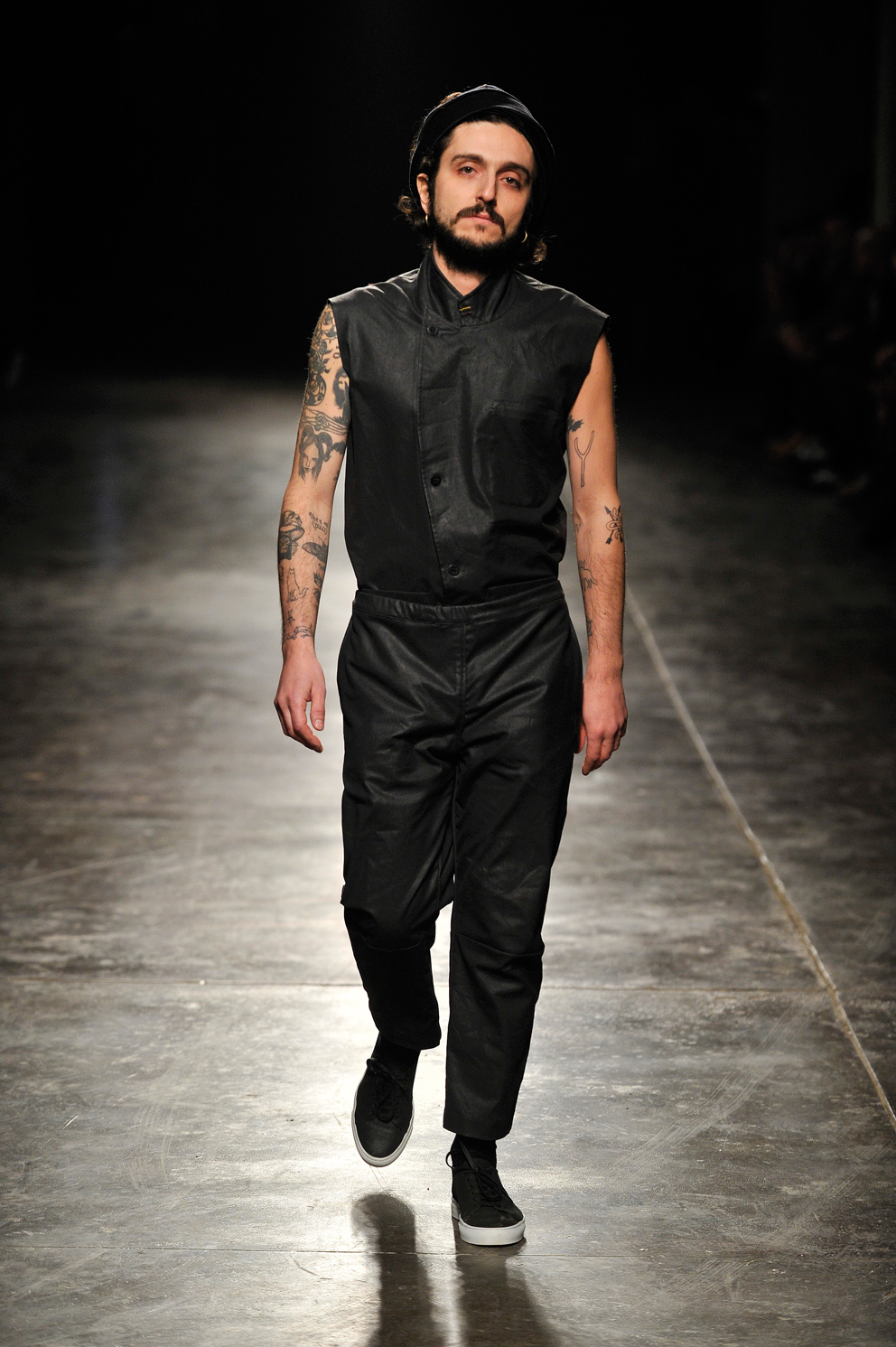 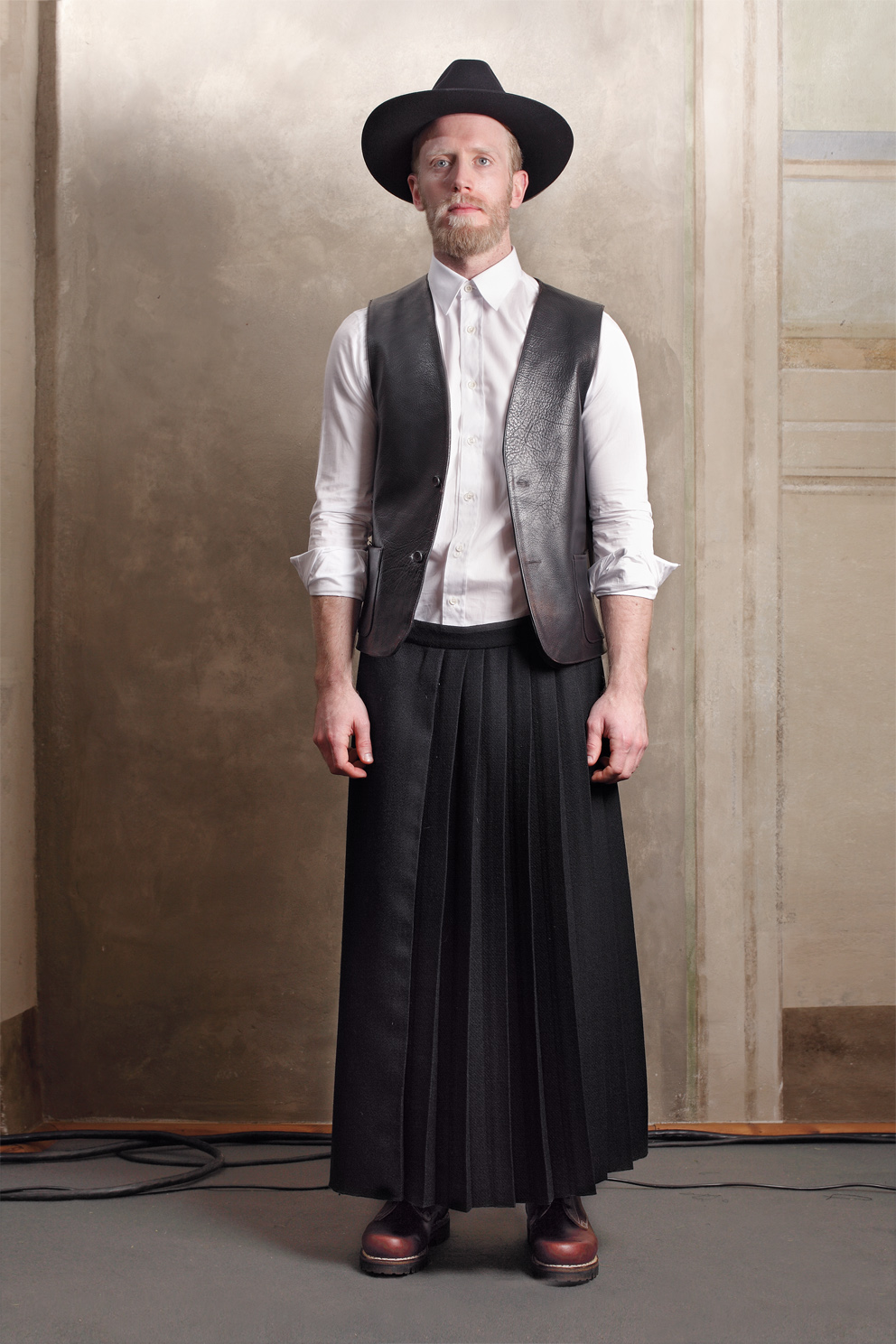 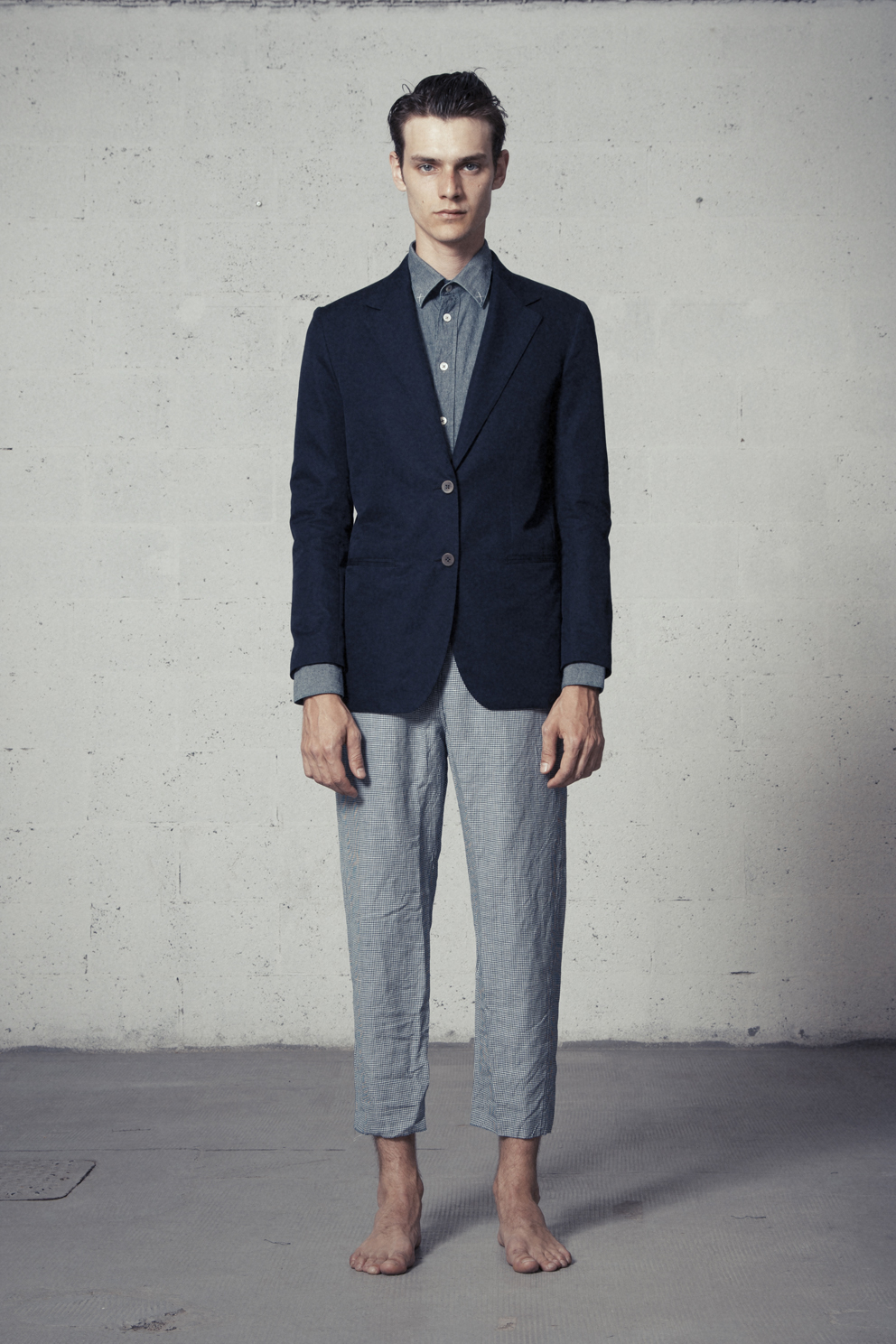 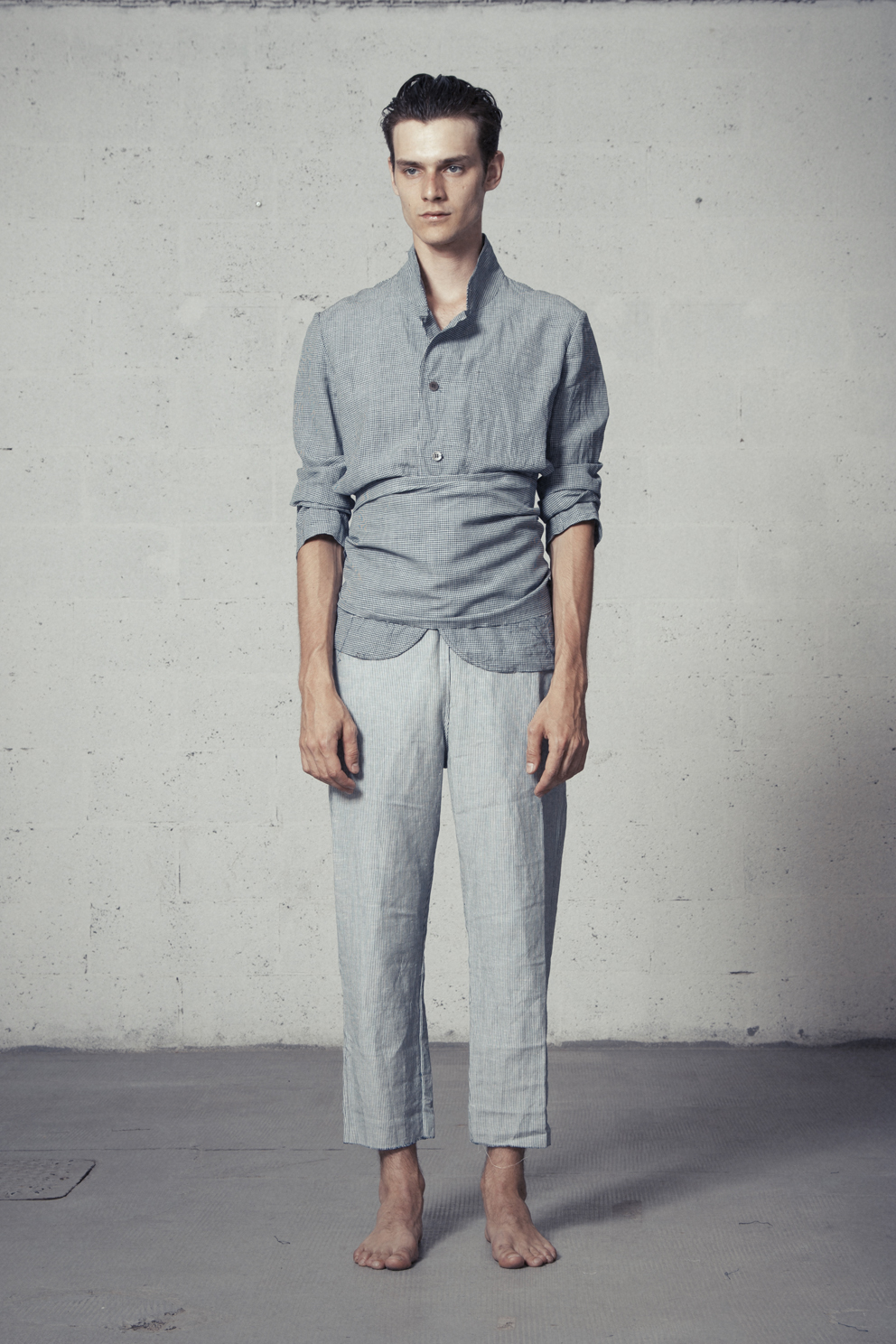 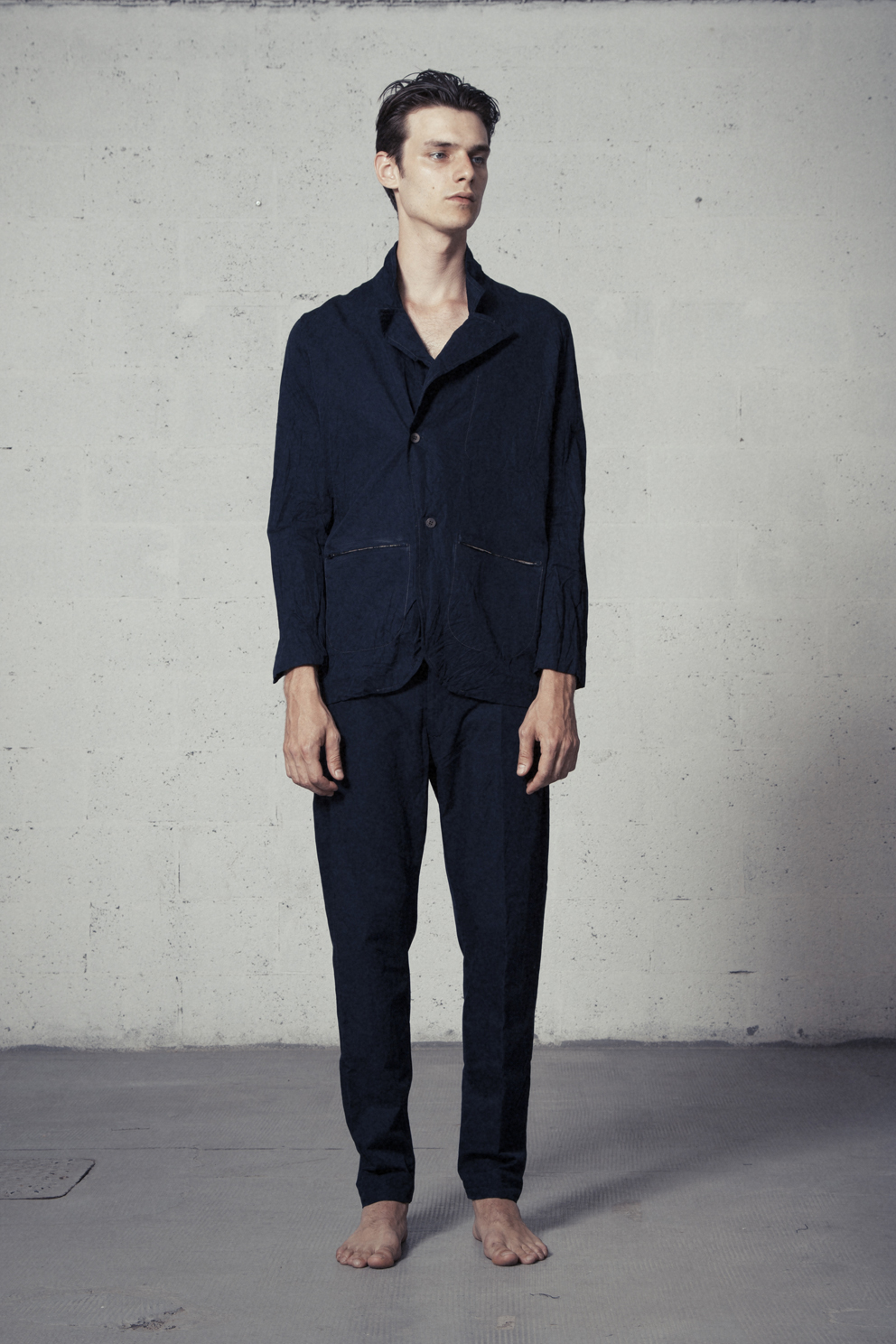 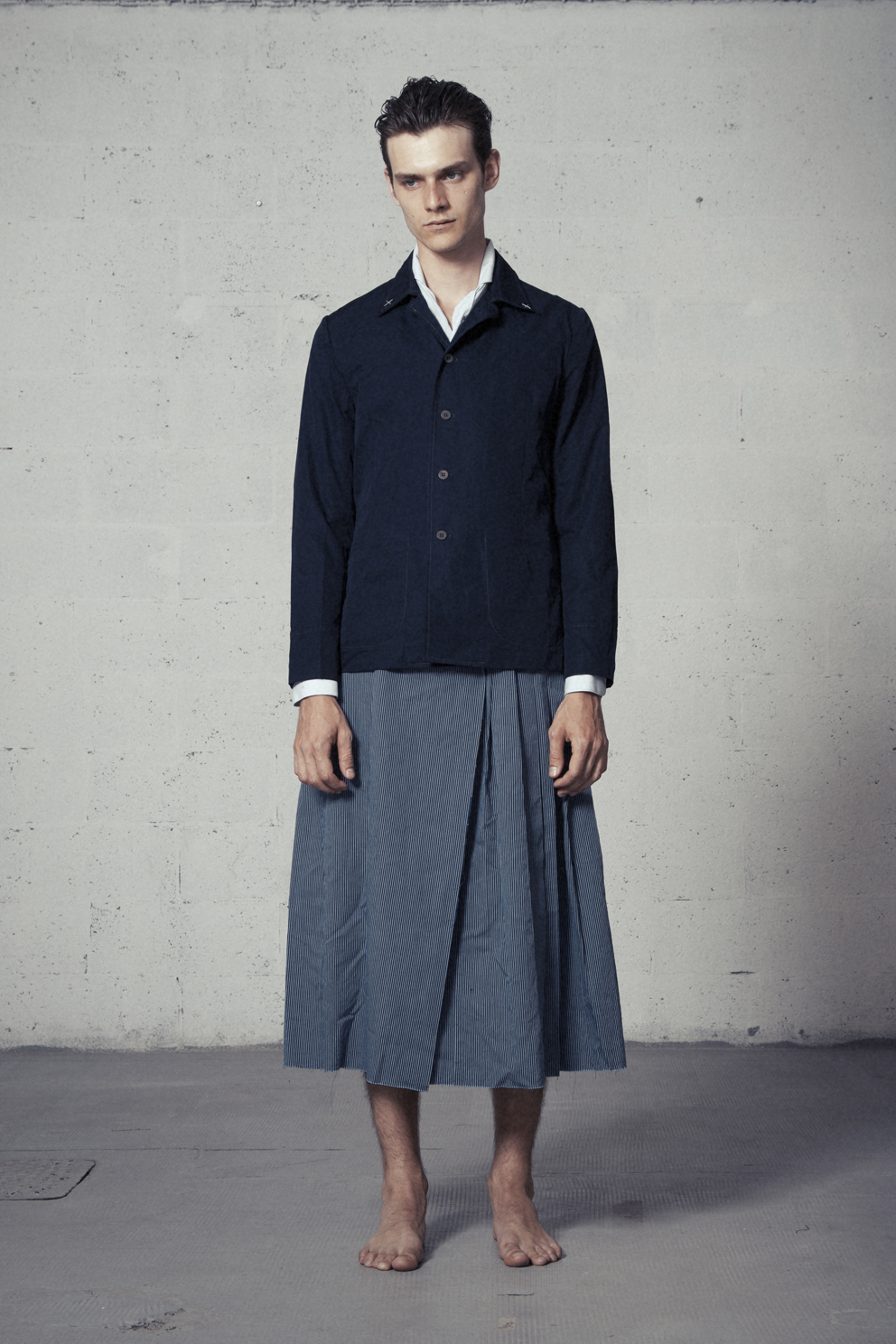 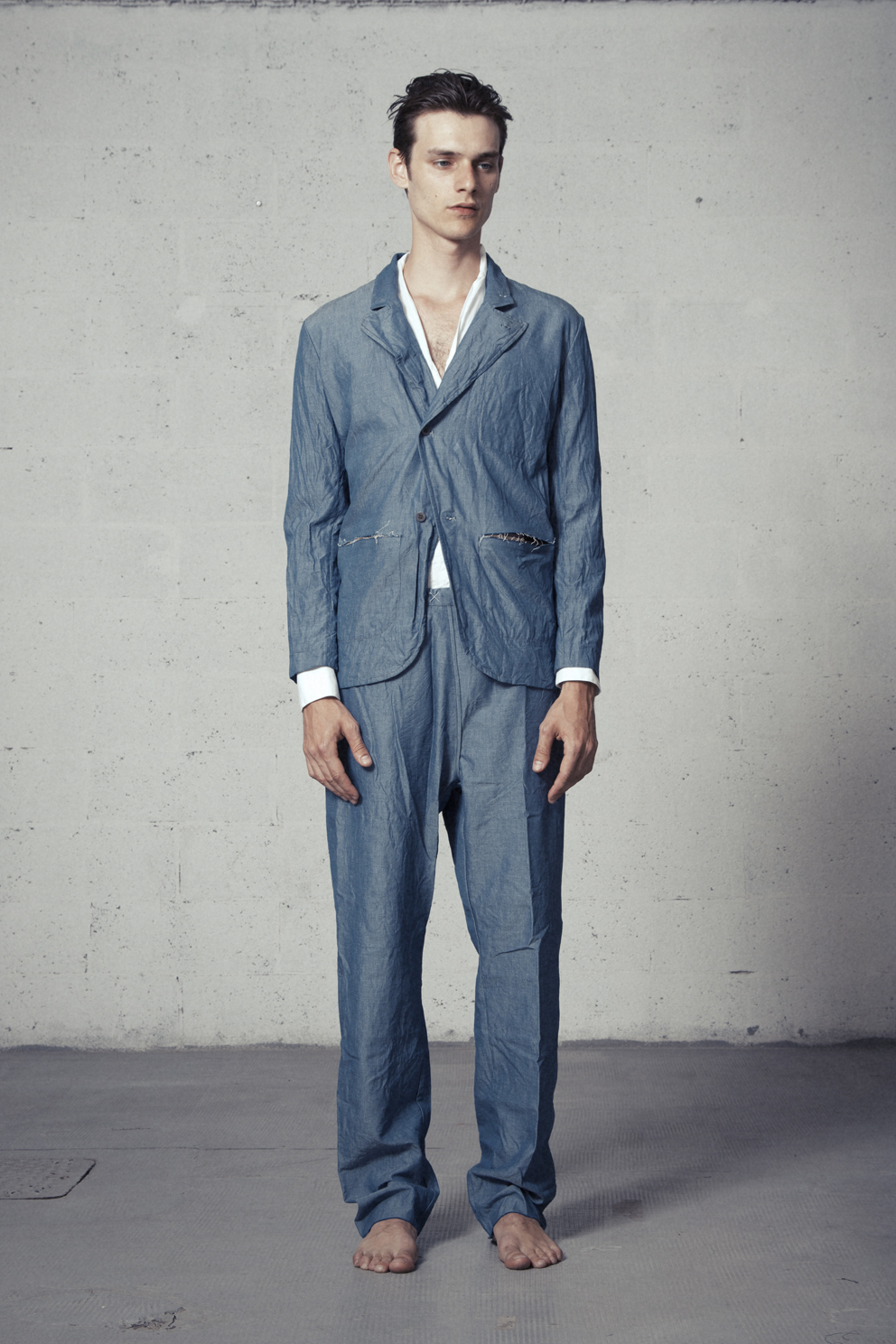 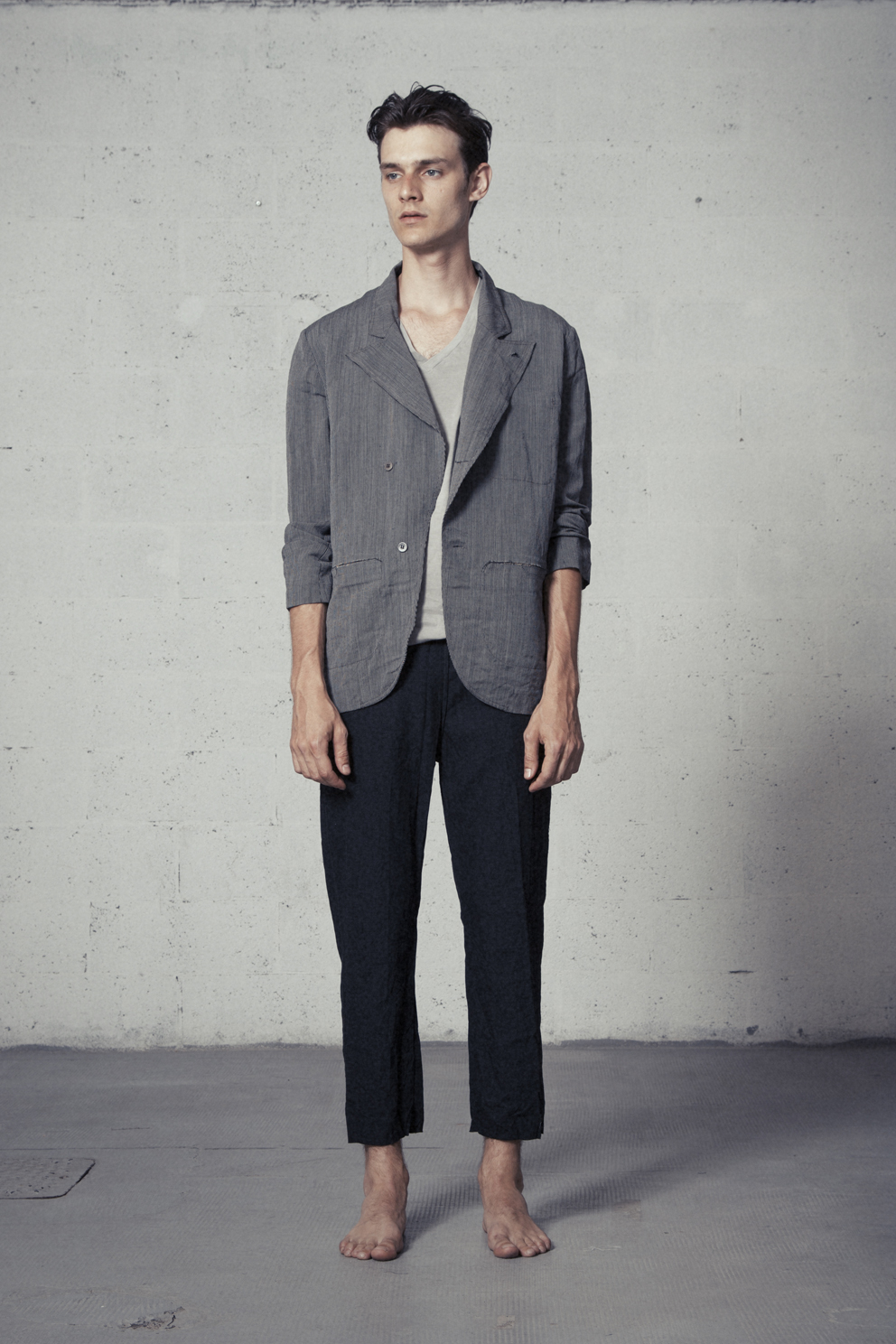 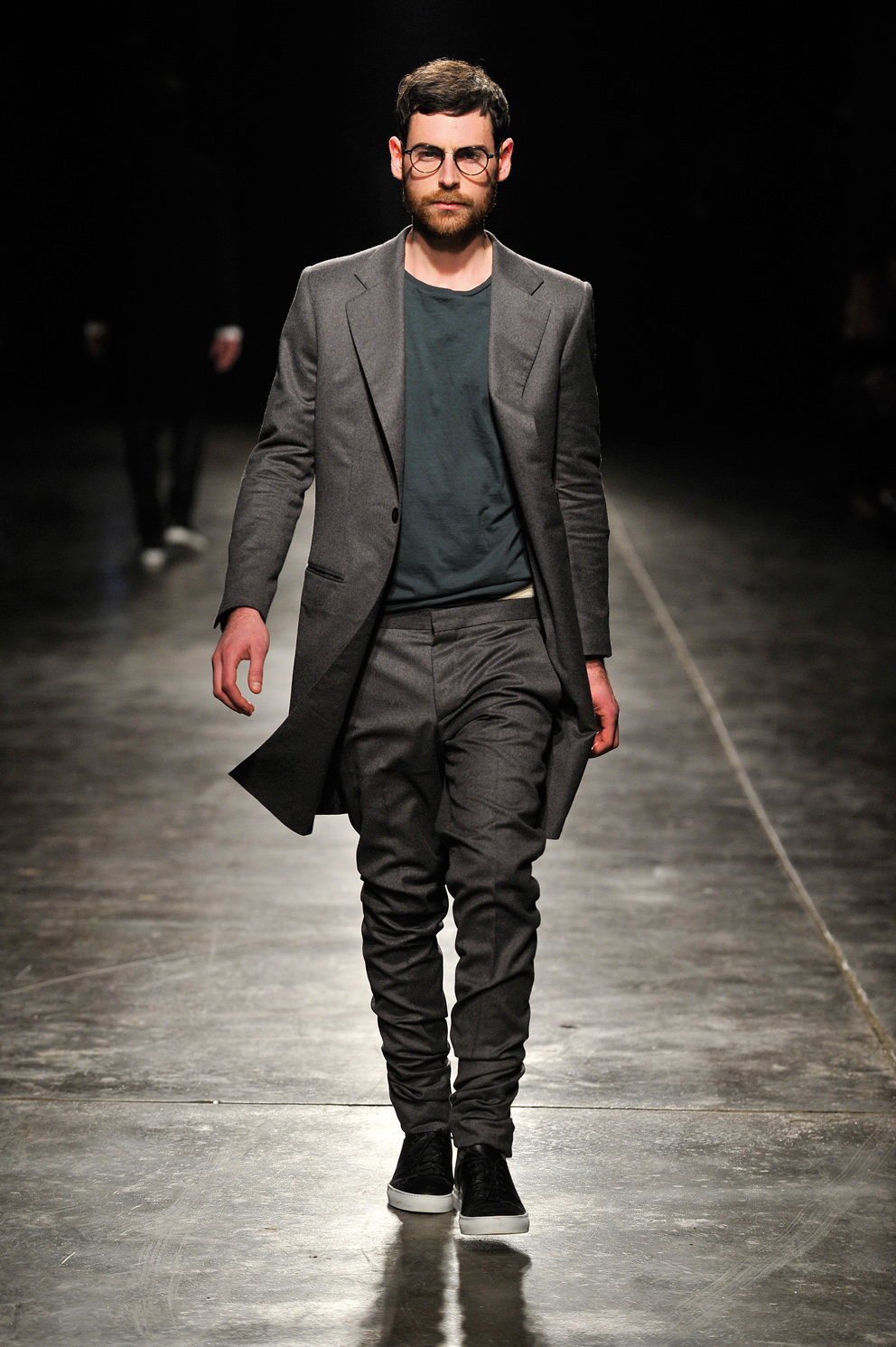 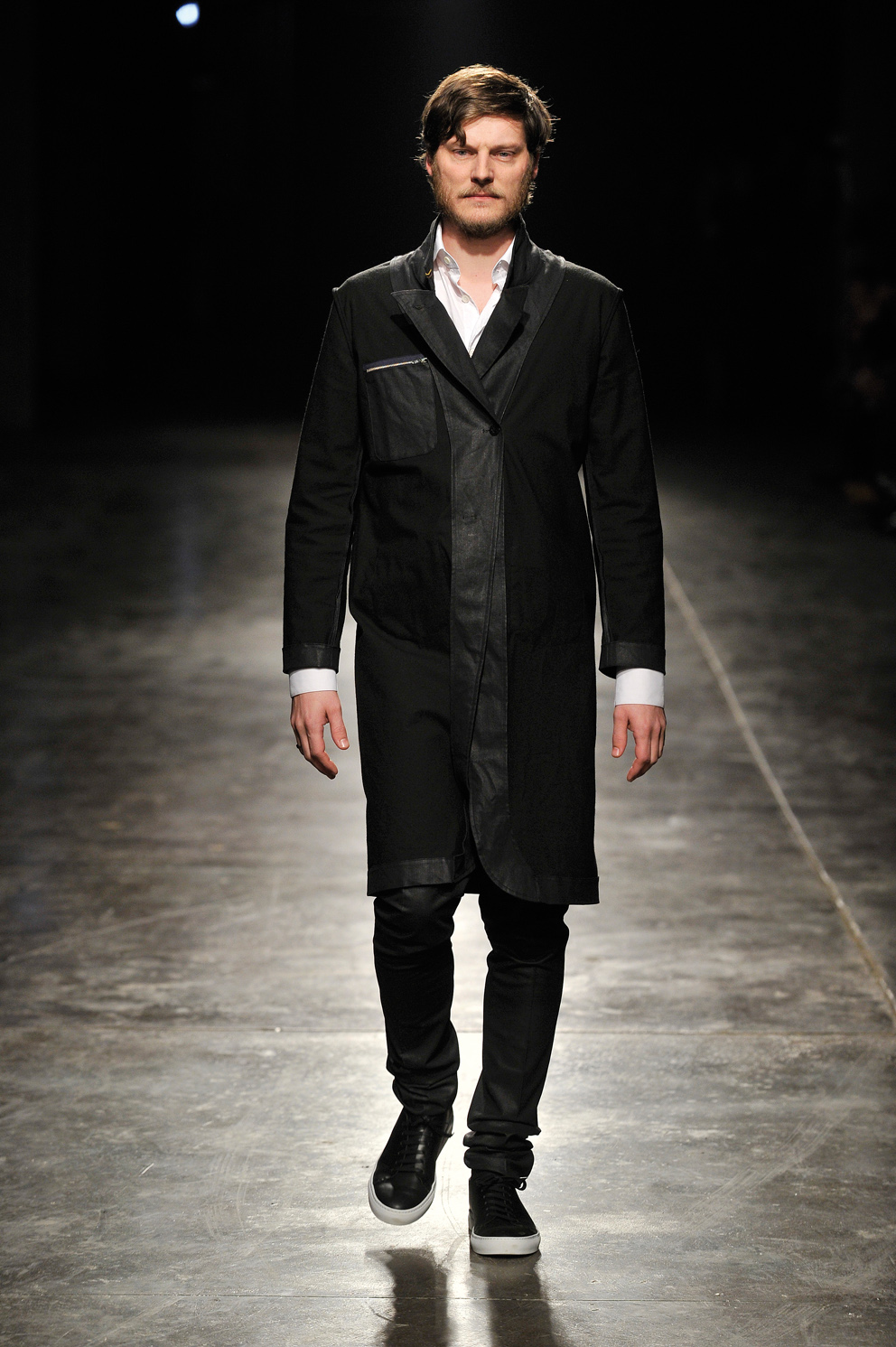 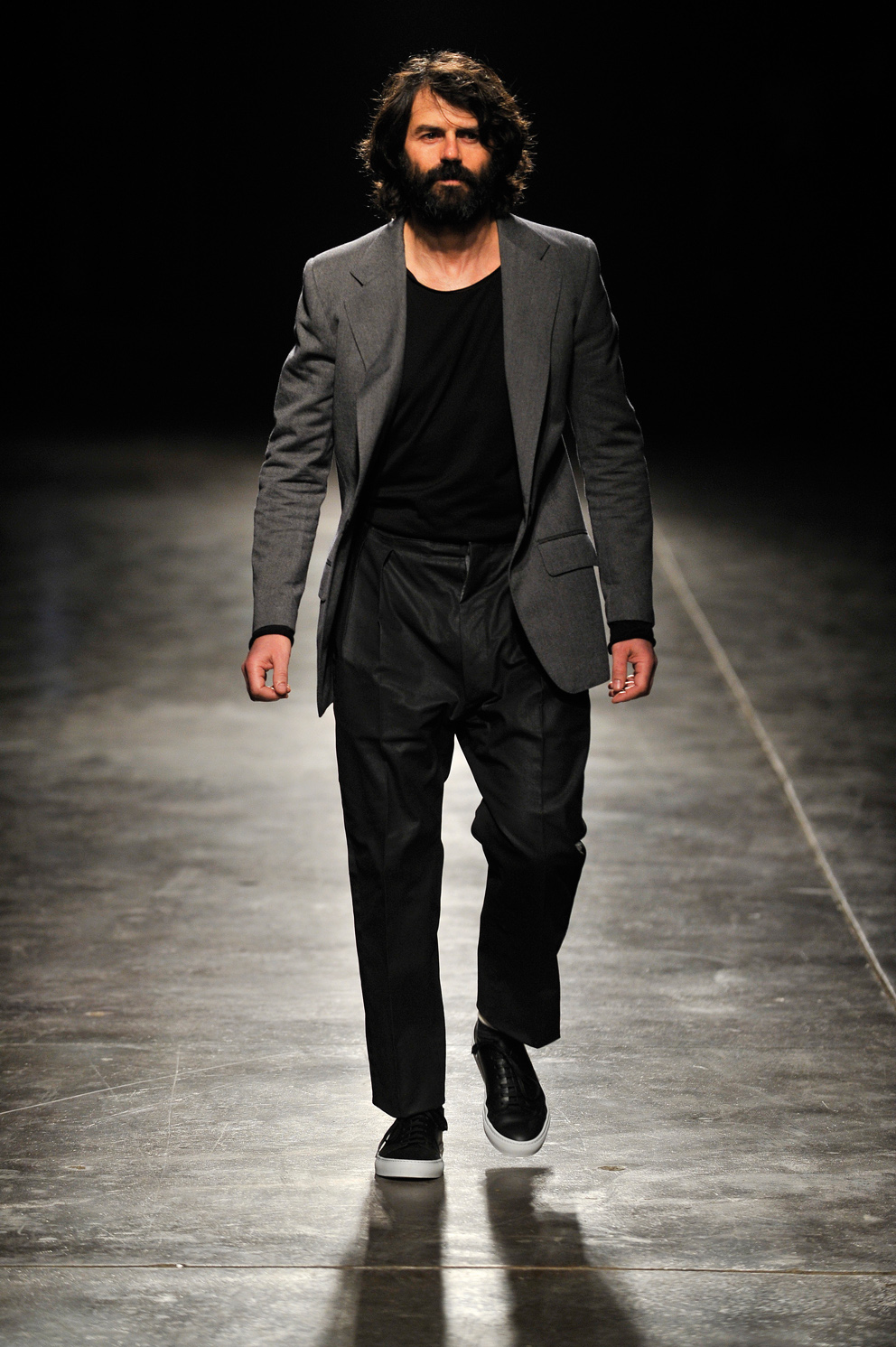 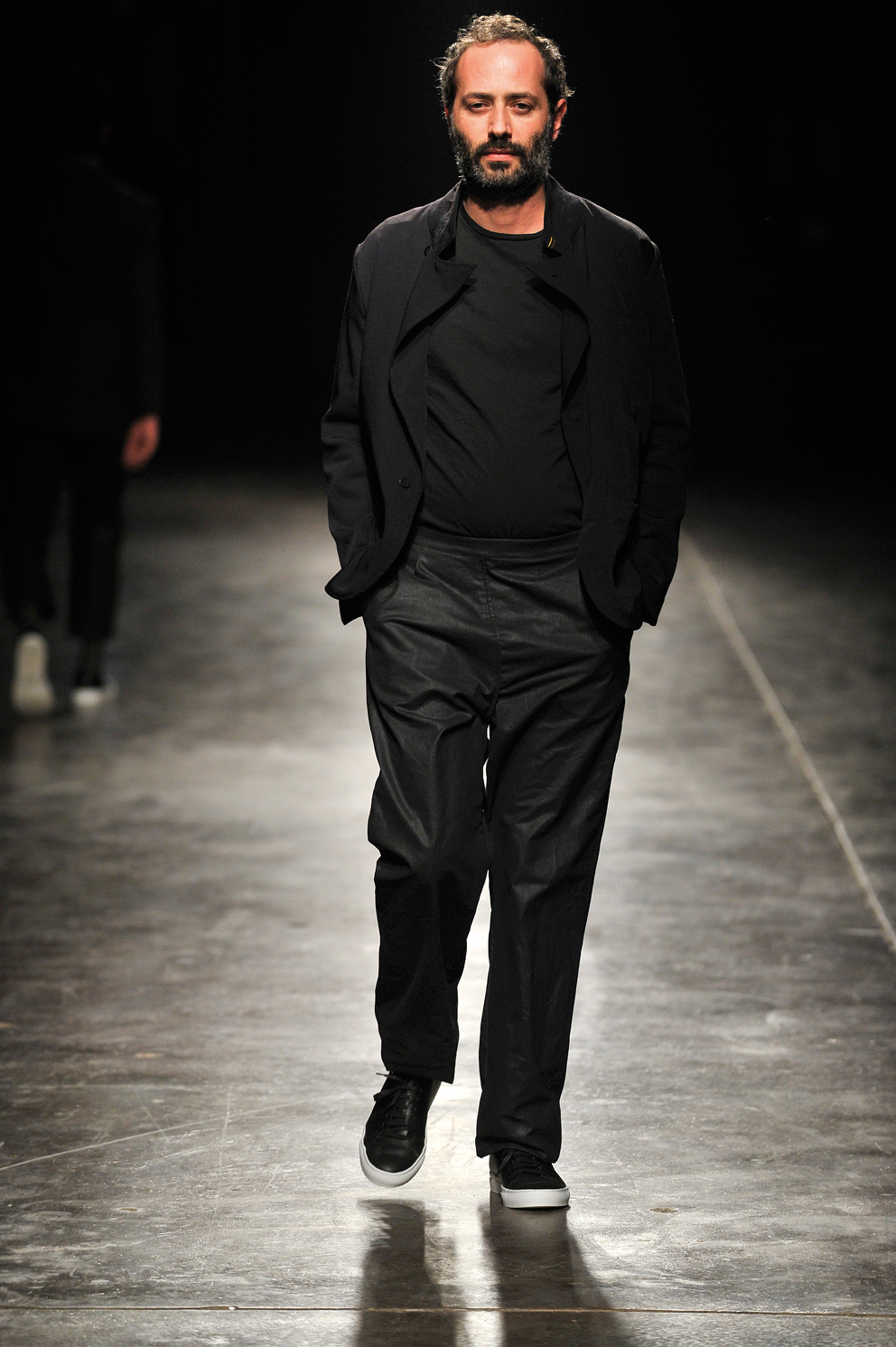 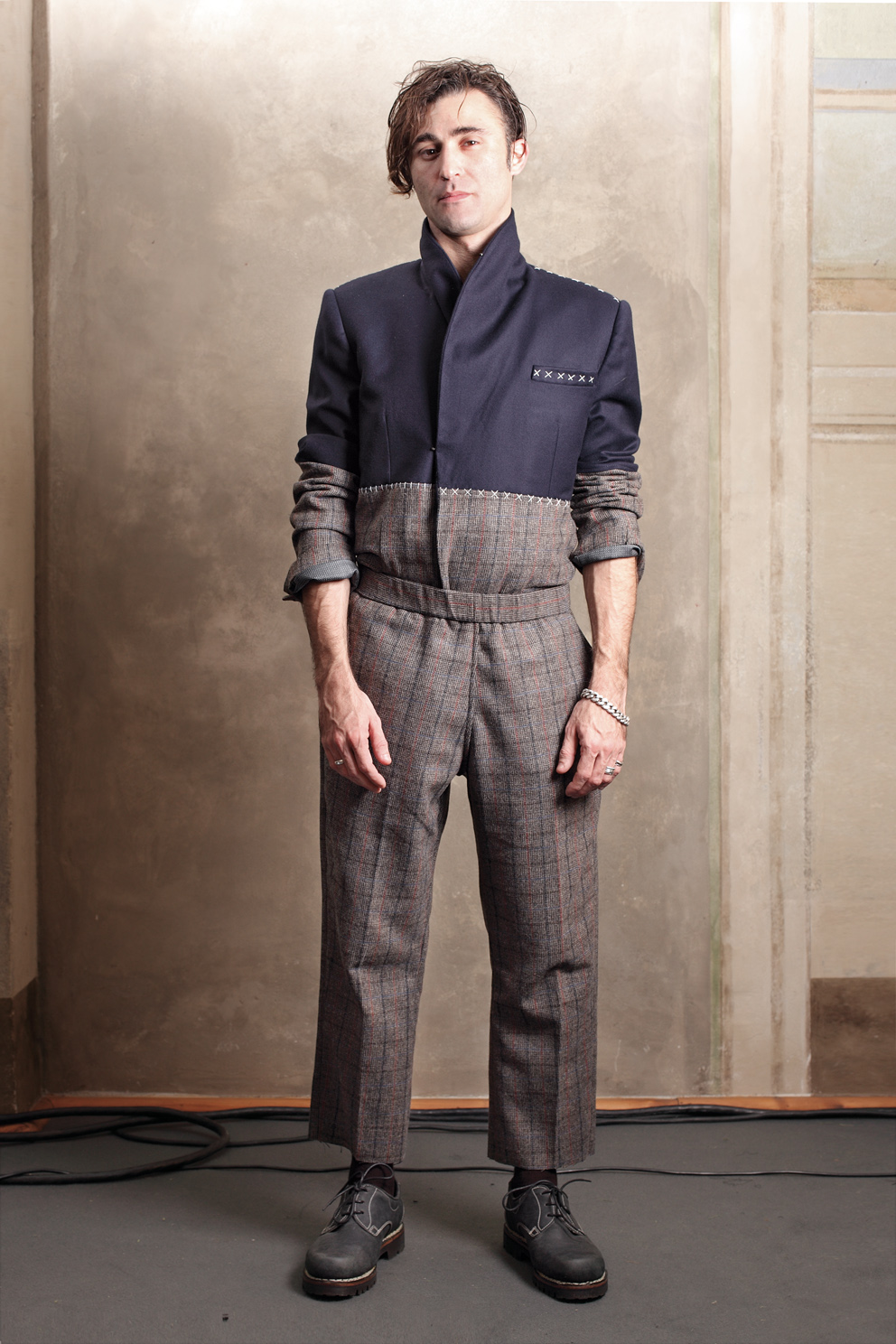 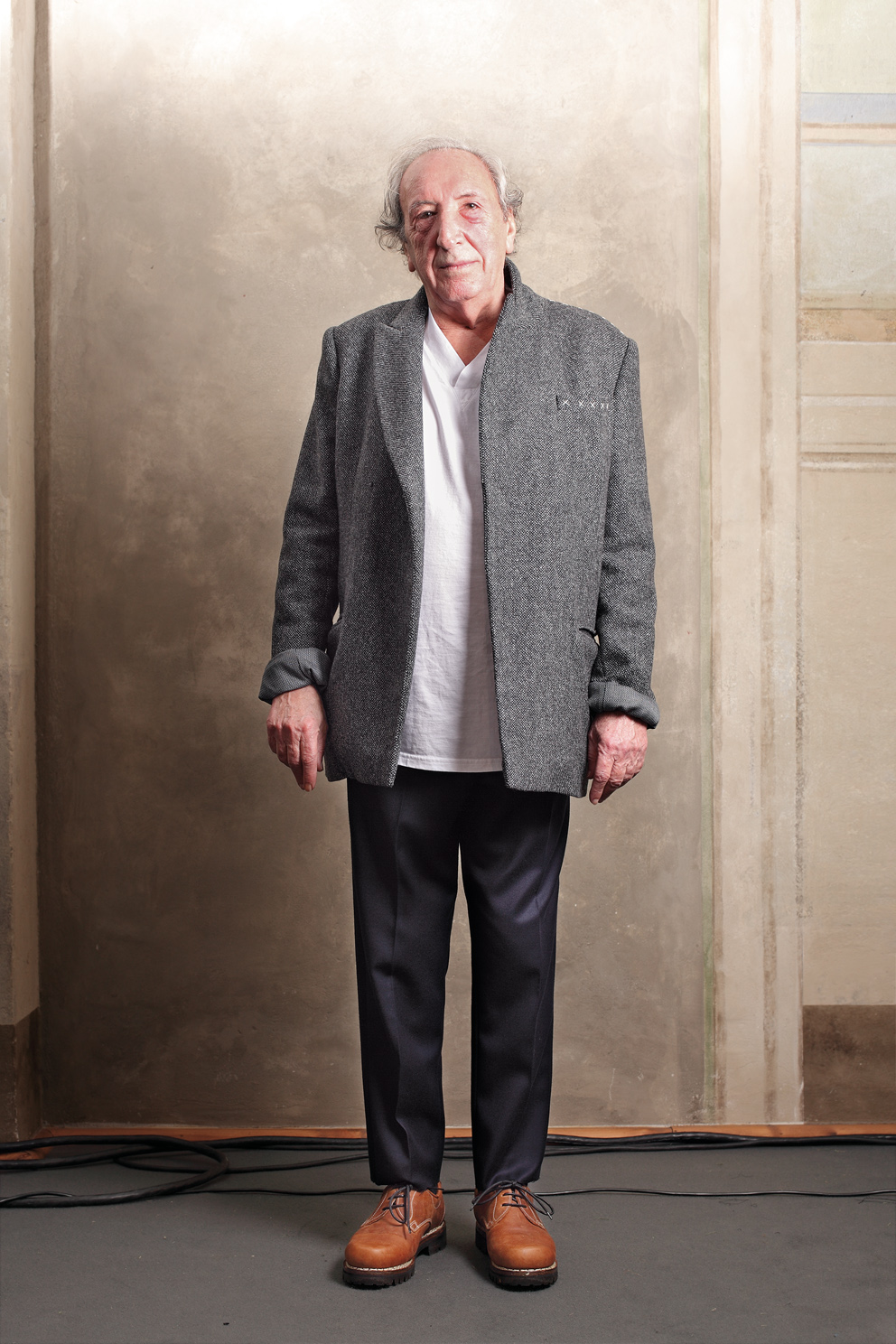 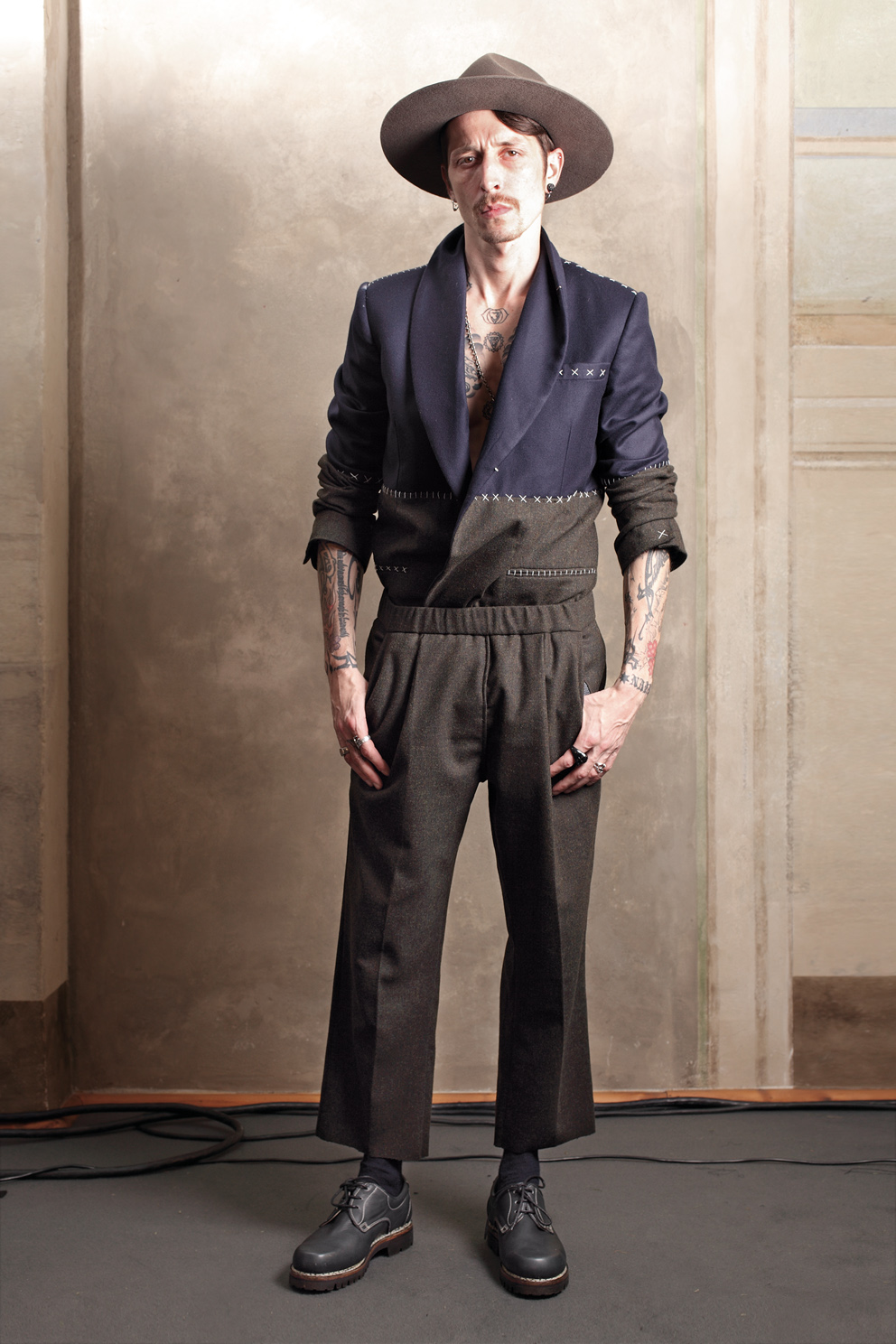