The speed with which the Lamborghini Huracán Performante enters curves is exceptional, and the same can be said of the speed with which it takes them and of the traction as it comes out when you put your foot down on the gas pedal. The handling, instantaneous and sharp, seems to anticipate the instinct of the driver, establishing new parameters in the coordination of eye and hand. The latest jewel from Sant’Agata, powered by a glorious aspirated 5.2 liter V10 that delivers 640 HP and a torque of 600 Nm, has completed a lap of the Nordschleife in 6 minutes and 52.1 seconds: a new record for a standard production car on the Nürburgring. The incisiveness with which the Huracán Performante tackled the 21 km of the German track, with its 172 curves and interminable final straight, has dumbfounded the experts. Much of the credit is due to the active aerodynamics system called ALA (Aerodinamica Lamborghini Attiva) that ensures the maximum performance in all phases of driving. When moving at high speed in a straight line, the various flaps and the channels in the bodywork open to reduce the density of the air and allow it to flow past in as undisturbed a manner as possible, giving the vehicle full stability at such a pace and up to 75% more downforce than the Huracán Coupé. When braking and in curves the opposite happens (flap closed, more friction, minimal braking distances), while the innovative aero-vectoring system acts on the chassis, creating pressure on one side of the car to help it change direction: thus the angle of the dynamic steering is fairly reduced and the reactions amplified. On top of all this come the four-wheel drive, an impeccable weight distribution, the dual clutch, 7-speed gearbox and of course top-of-the-line performance – from 0 to 100 km/h (0-62 mph) in 2.9 seconds and a maximum speed of over 325 km/h (201 mph). Racing pulse, staggering figures, advanced design, ecstatic engine noise and an ease pushing the limits on track, without uncertainties, that is truly surprising. 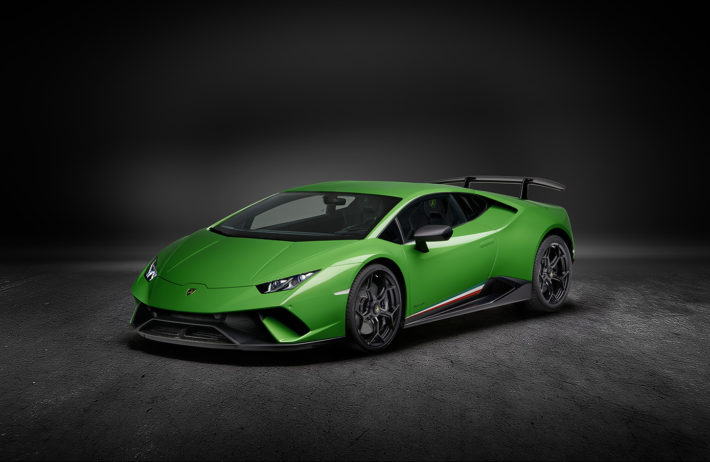 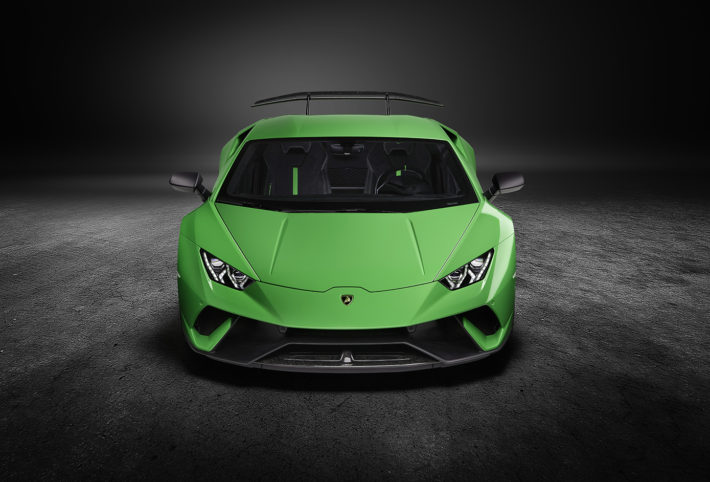 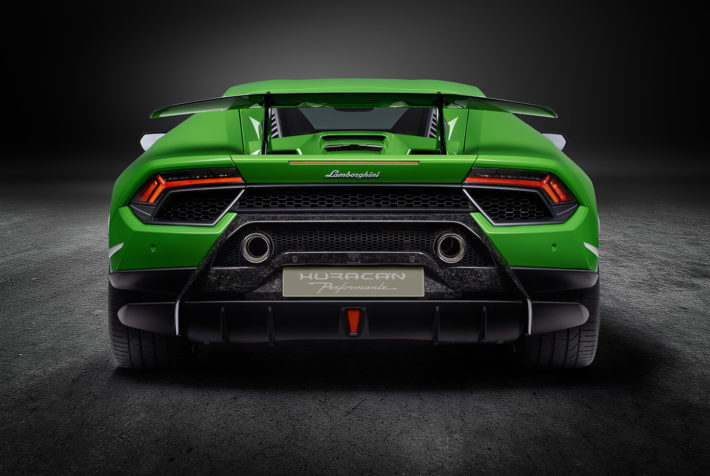 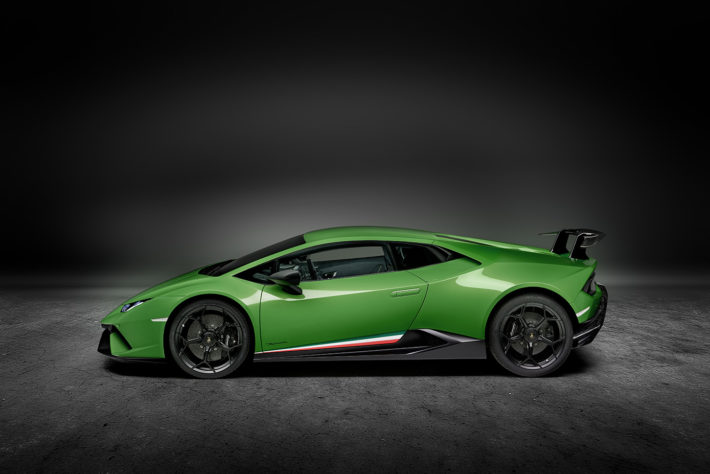 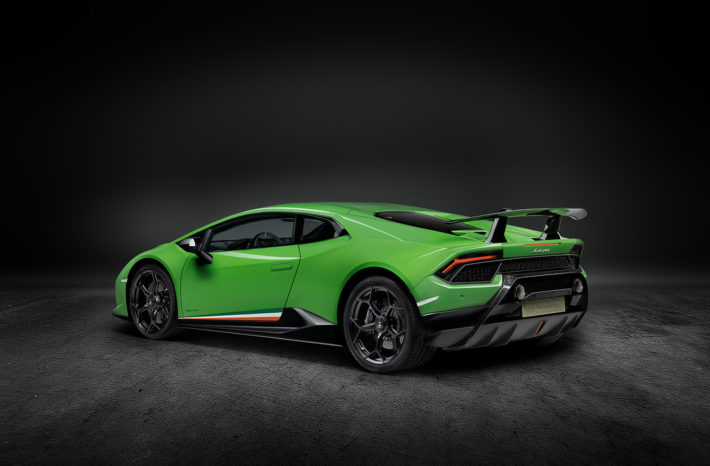 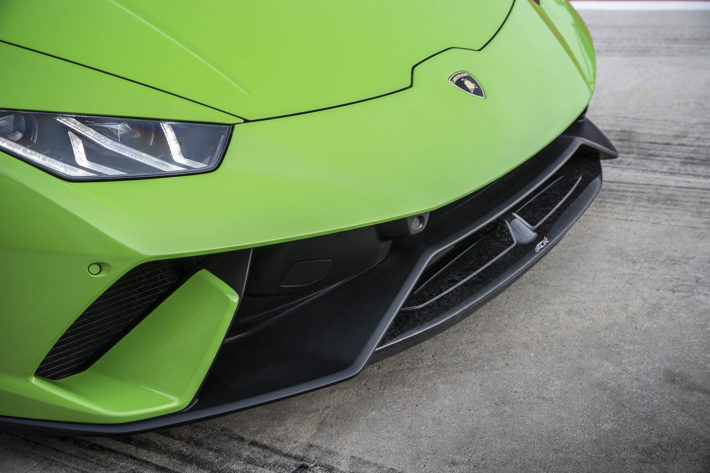 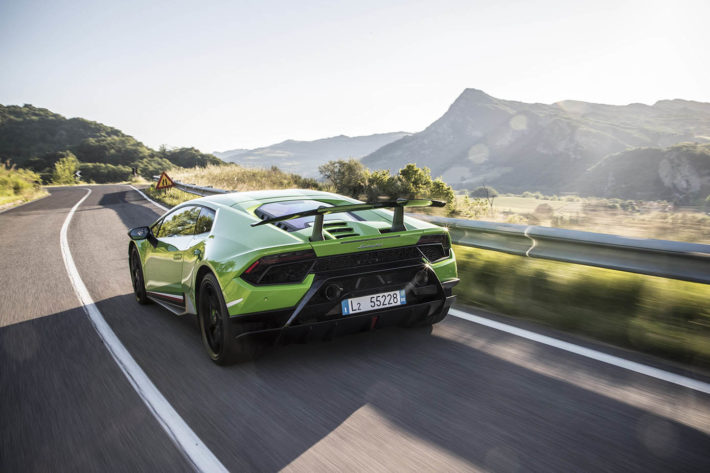 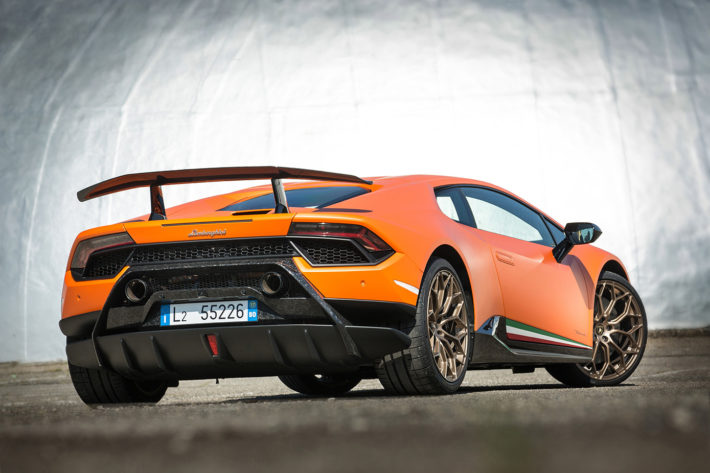 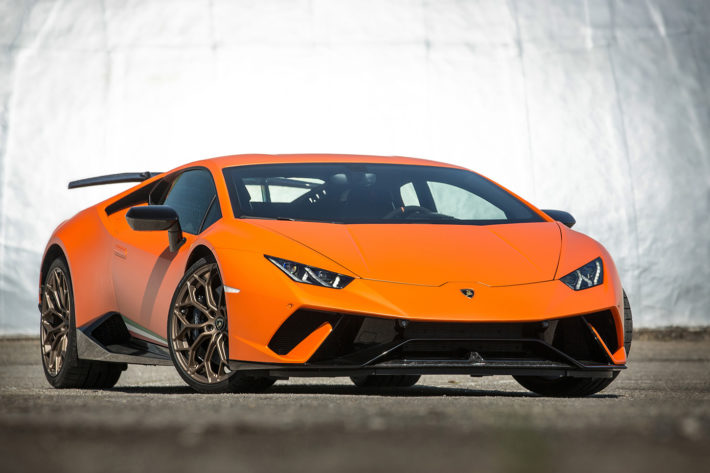 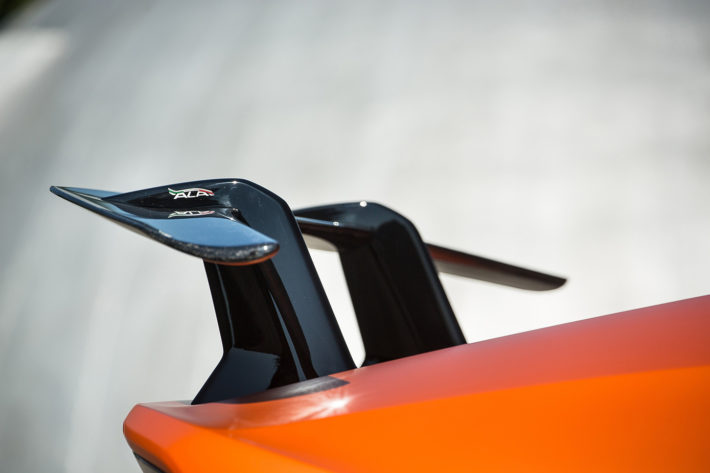 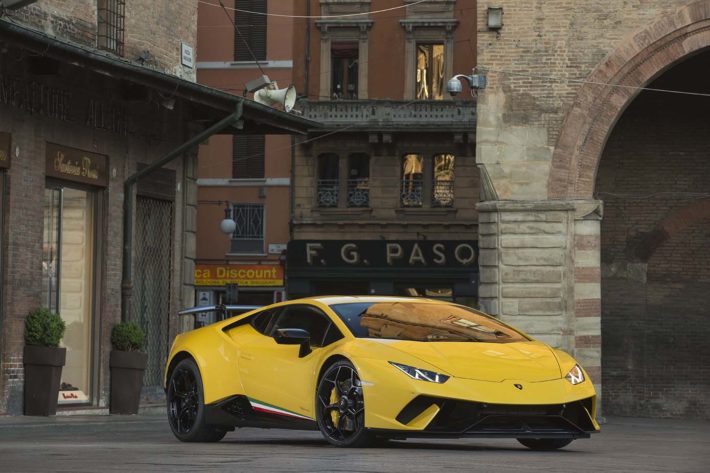 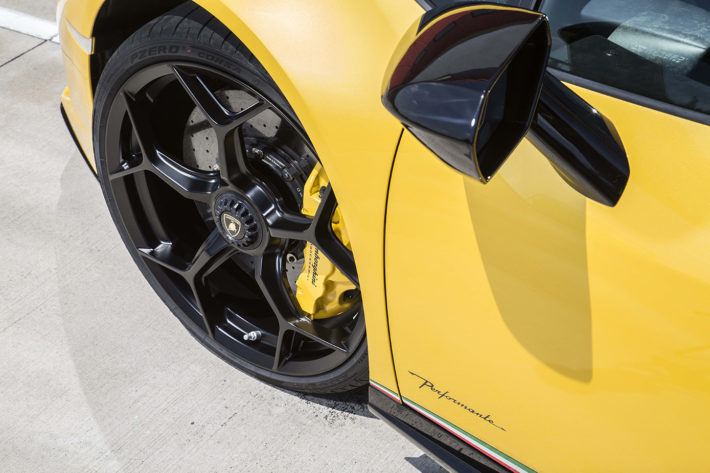 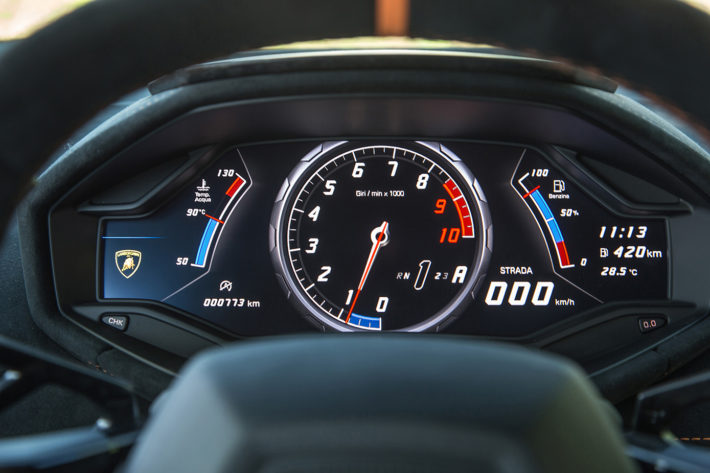 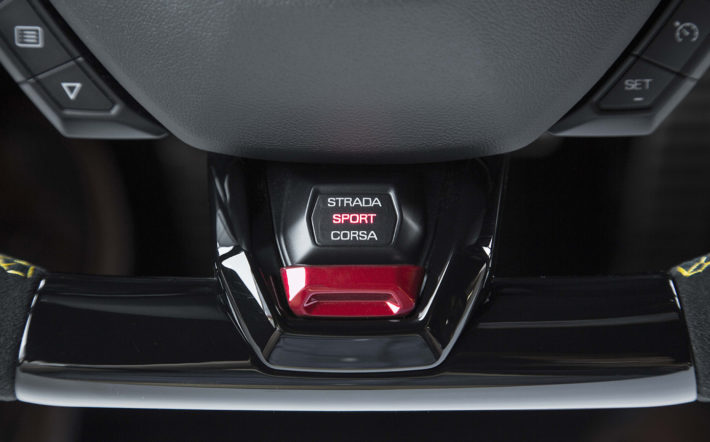 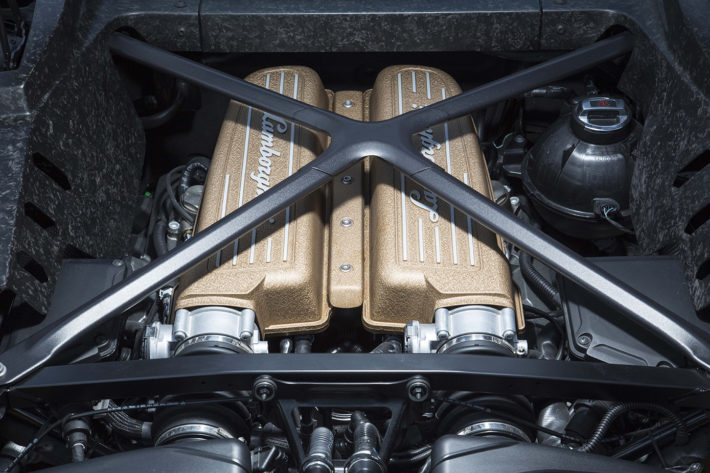 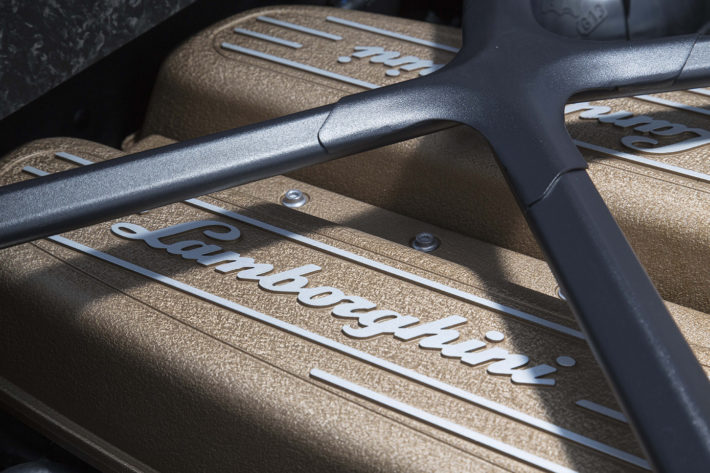 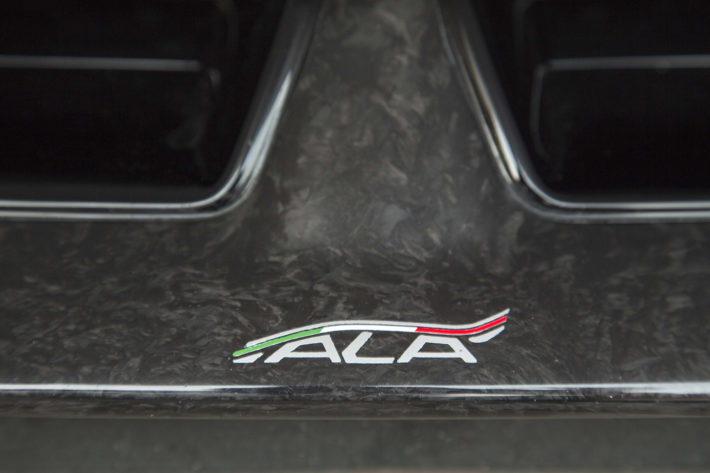 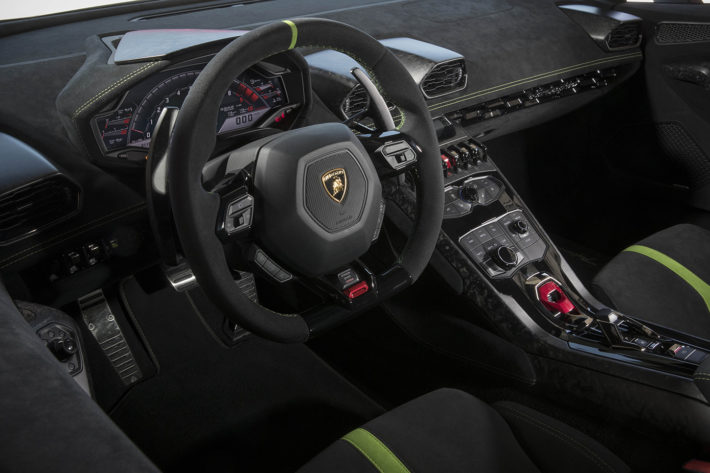 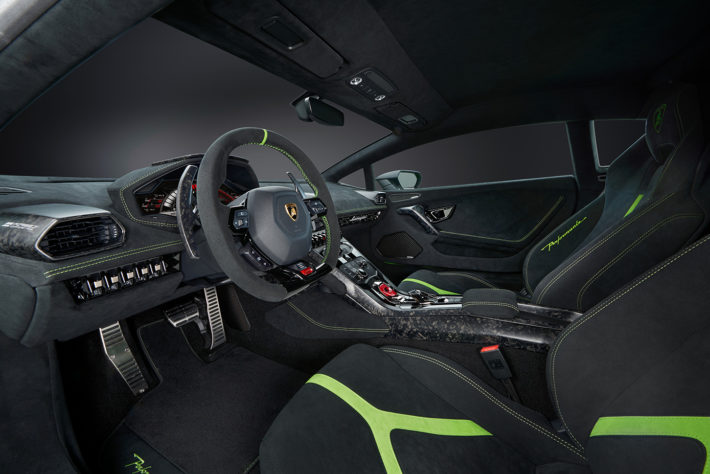 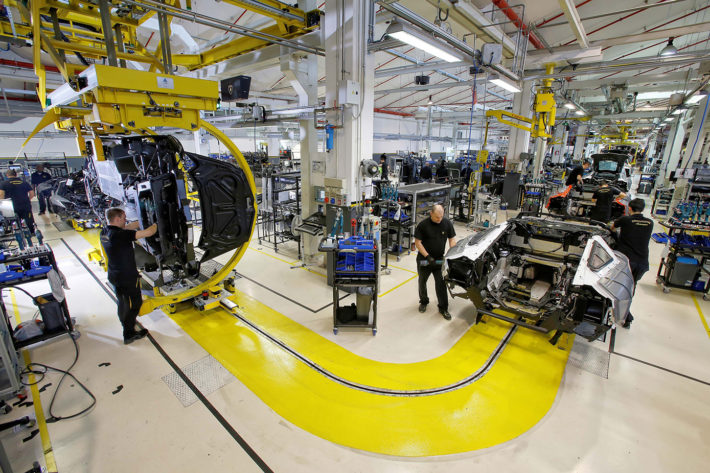