It comes from the States, to be precise the San Fernando Valley, near Los Angeles, where Singer Vehicle Design is based, and like all the products of this workshop, active for just under ten years now but already known and appreciated all over the world, the Porsche 911 Reimagined by Singer—Dynamics and Lightweighting Study (DLS) is a masterpiece of design and engineering. It’s a limited edition: just 75 of them. As you can guess, this is not a supercar designed from scratch, but a sort of profound and unique reworking of what was a Porsche 911 of 1990, the 964 model. Singer, founded by the Englishman Rob Dickinson, a former musician (he was singer and guitarist of the British band Catherine Wheel), specializes in the restoration and optimization of the 911: the Porsche par excellence, the most loved, the most iconic. To define the kind of intervention he carries out in the German manufacturer’s sports cars, Dickinson has chosen three words: restored, reimagined, reborn. Officially what we have here is a boutique restoration house, but in reality it is a true atelier that makes one-off pieces, as refined as the dresses in a collection of haute couture. Maniacal care is taken over every detail, the materials used are of the highest quality and the scrupulous attention to authenticity with regard to the archetype is enlivened by a strong measure of creativity and innovation. What is it, in particular, that makes the latest restoration by Singer, presented last July at the Goodwood Festival of Speed in England, a supercar of exceptional value? Its aerodynamic and mechanical qualities, fruit of the collaboration with Williams Advanced Engineering, the R&D unit of the British F1 racing stable. The whole of the rear part has been revamped to improve the passage of air flows, modifying the back window, creating a small spoiler above it, on the roof, and enlarging the other spoiler, inspired by the famous ducktail of the Porsche Carrera 2.7. The front part of the car has also been modified, using ultralight materials. Power is provided by the legendary, aspirated and air-cooled 6-cylinder boxer engine of the 964, here moved a little more into the center and skillfully reworked: the displacement has been raised from 3.6 to 4.0 liters, the fuel injectors are based on the ones used in F1, the cylinder is fitted with dual overhead cams, the valves are made of titanium, the cooling fan of magnesium and the bodywork of carbon fiber, while the air intakes are integrated into the rear windows. The engine develops 500 horsepower at 9000 rpm, twice that of a traditional 964. The Hewland six-speed manual gearbox is a touch of high craftsmanship from other times: the mechanism left open to view from inside the car allows you to savor every burst of speed, every single movement. When parked, the 911 DLS attracts attention with its broad treads, new wheel arches and BBS Motorsport’s 18-inch forged magnesium wheels, fixed with a center lock developed for the purpose by Williams and fitted with Michelin Pilot Sport Cup 2 tires, and when on the move can rely on Brembo carbon ceramic brake discs and Bosch ESC and ABS systems. The interiors are a triumph of style and accuracy, with Recaro carbon-fiber seats, a Momo 3-spoke steering wheel, colored leather upholstery and the mechanisms of the manual gearbox fully on display. It is all a fine mix of fantasy and perfection, state-of-the-art technology and tradition, that looks great from far away and from close-up, as a whole and in detail, in line with the Singer philosophy inscribed on the sill plaque of the door: “everything is important.” 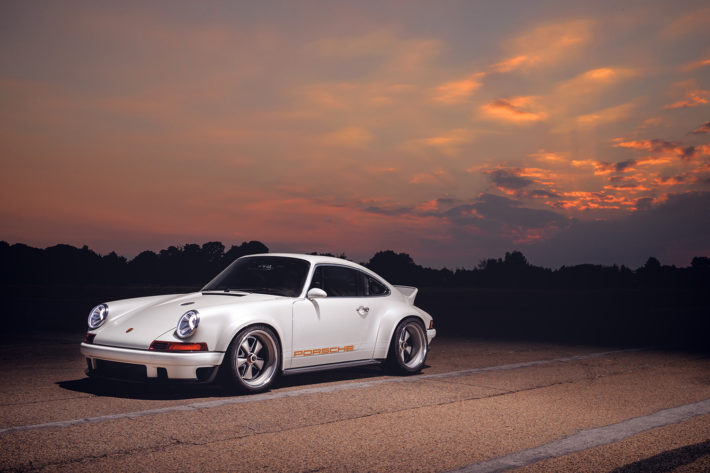 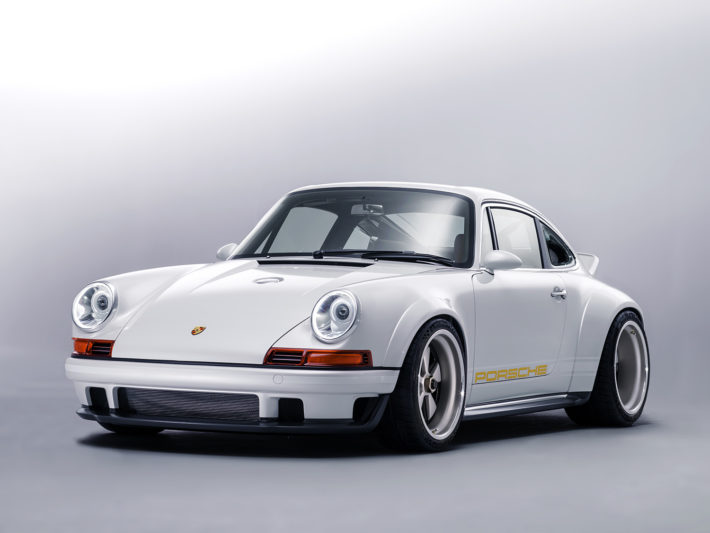 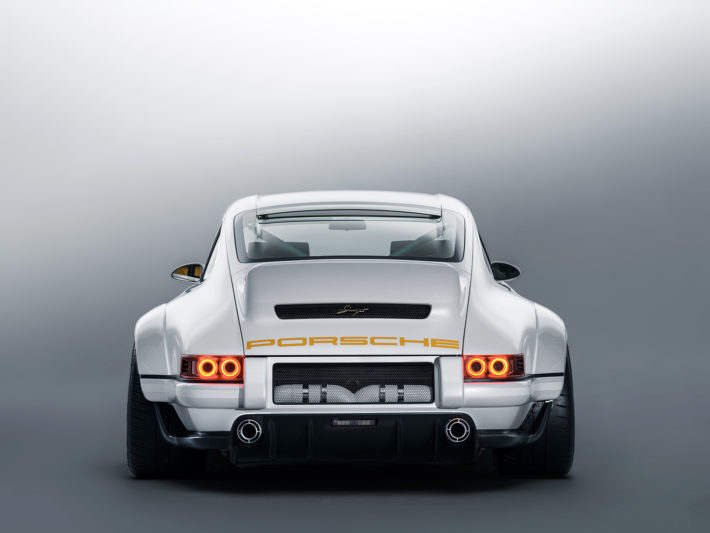 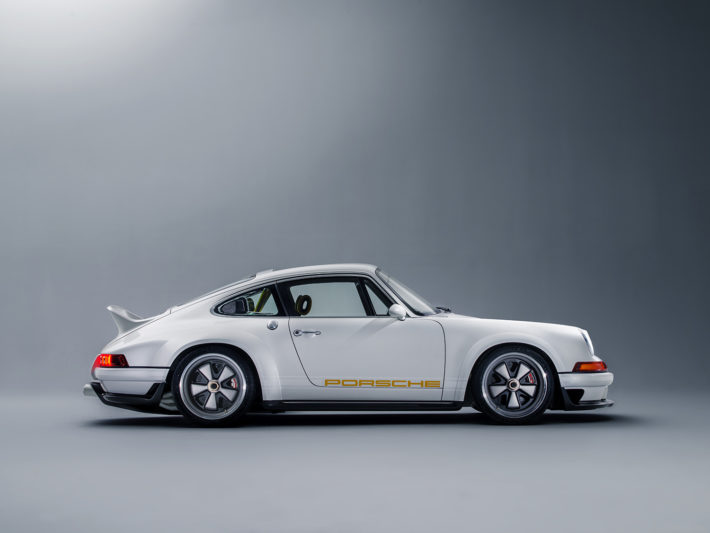 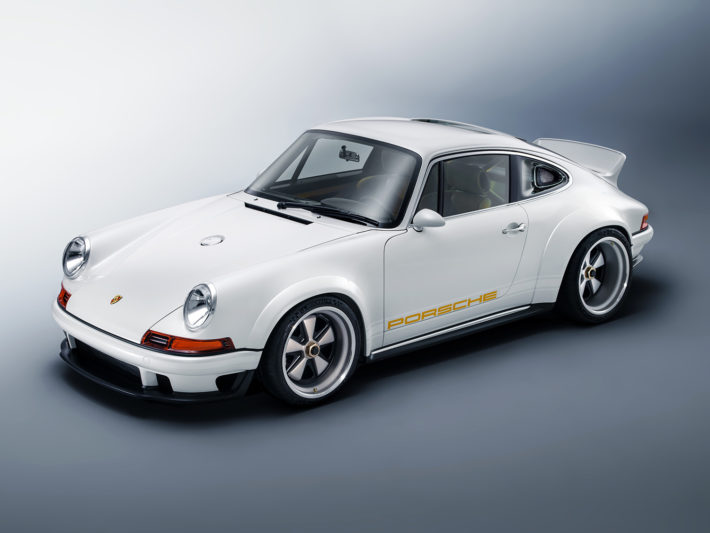 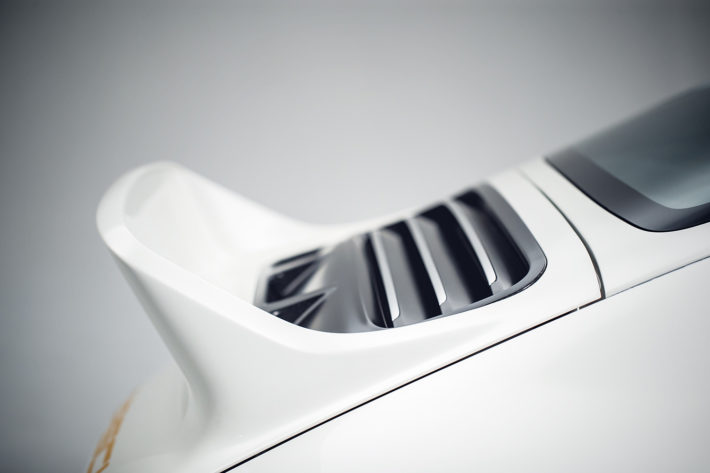 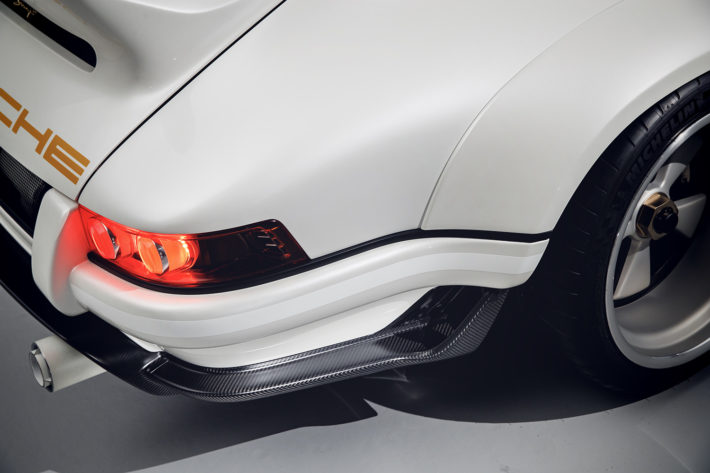 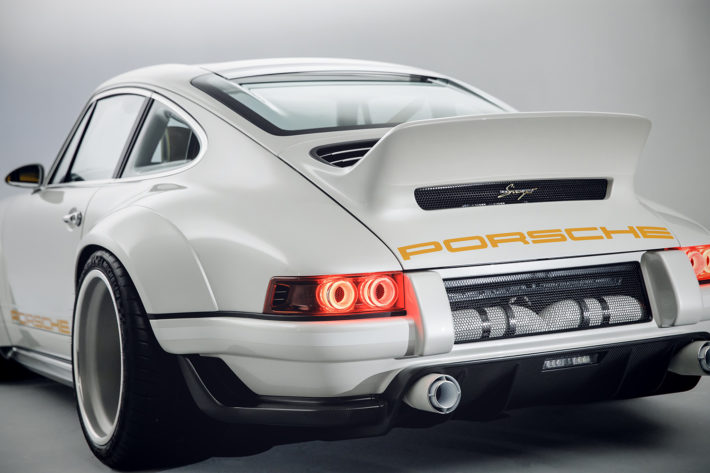 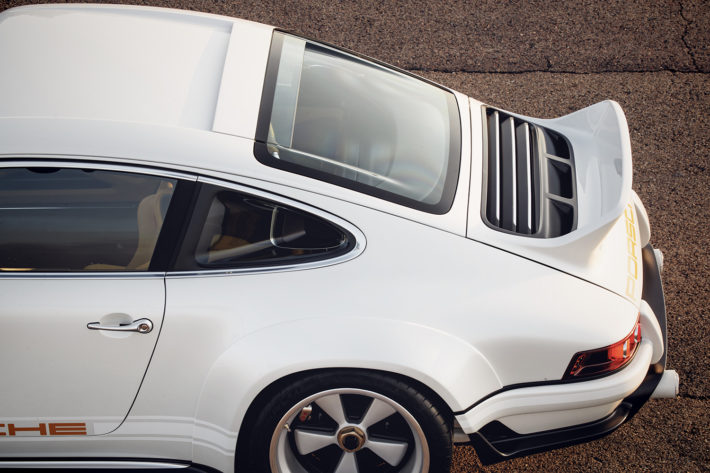 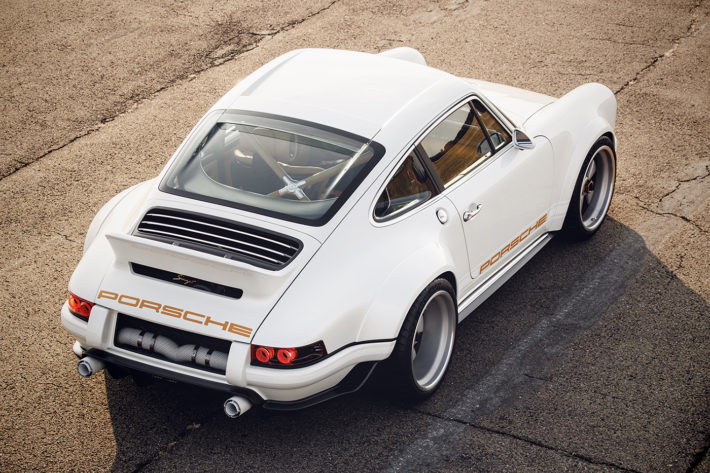 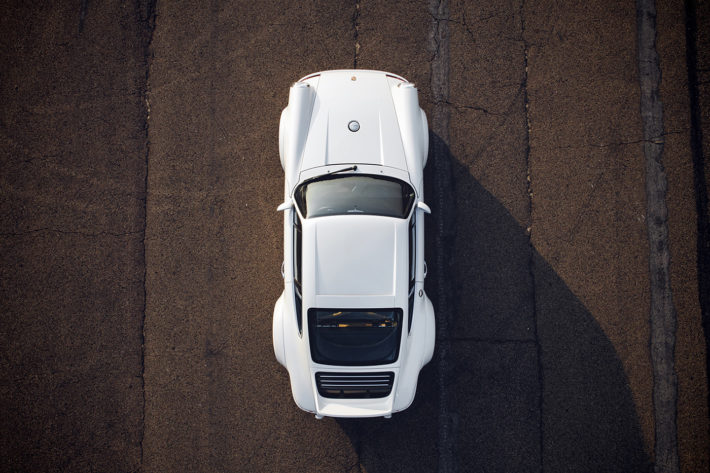 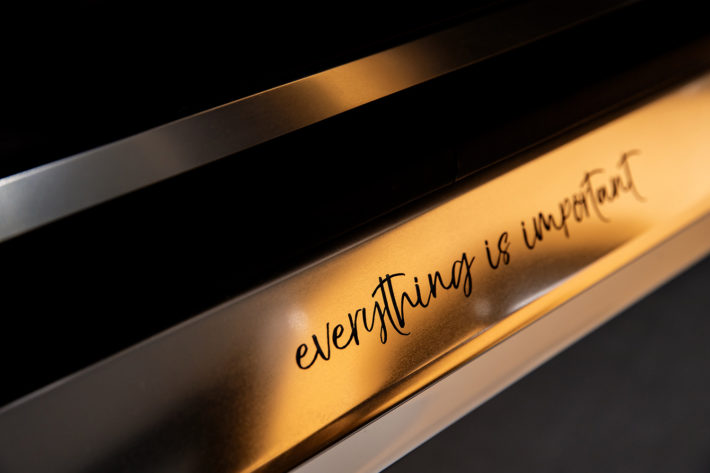 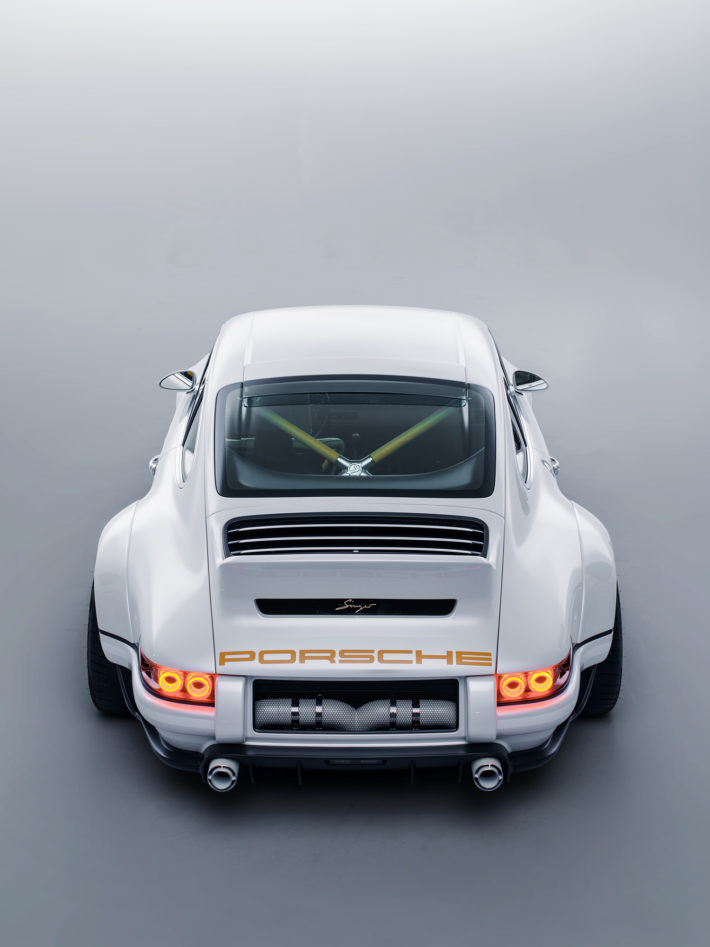 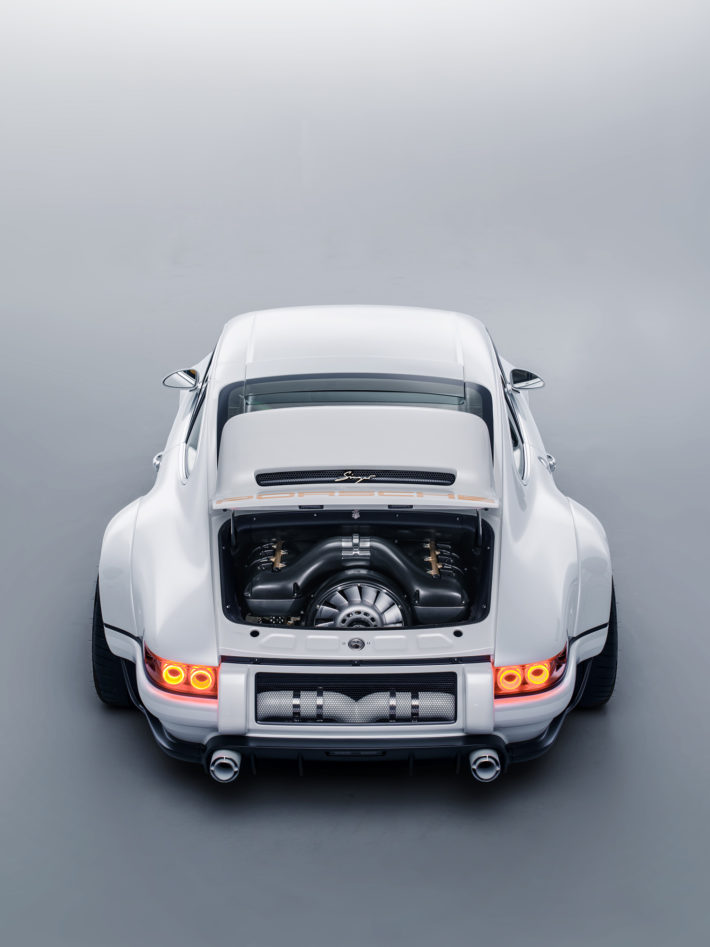 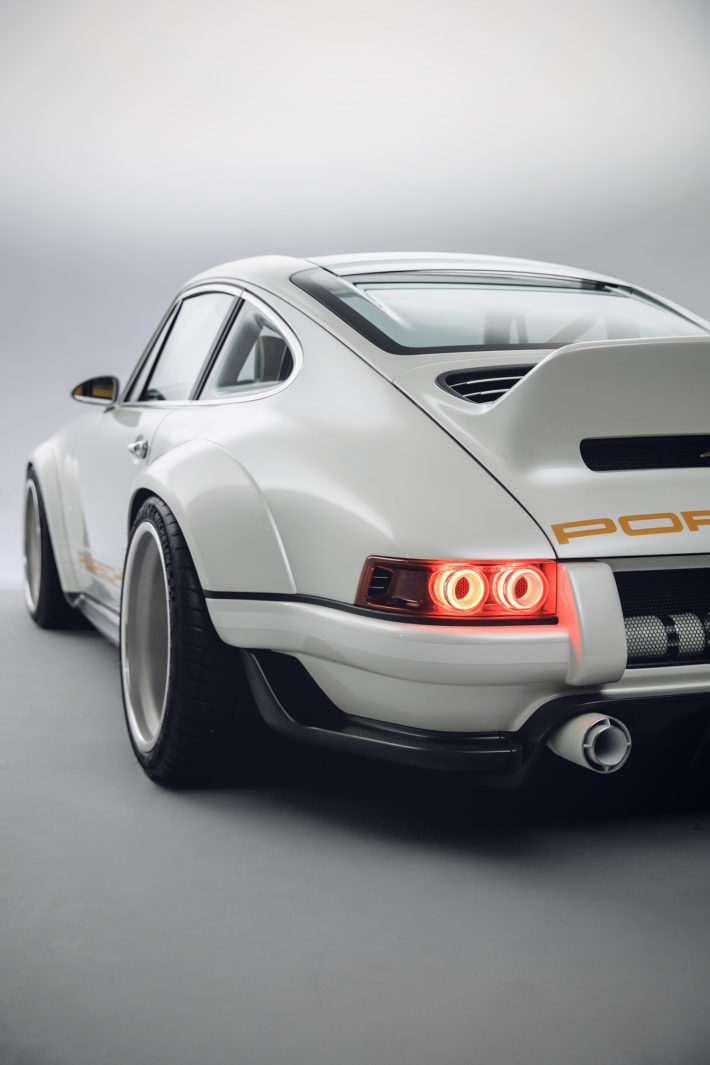 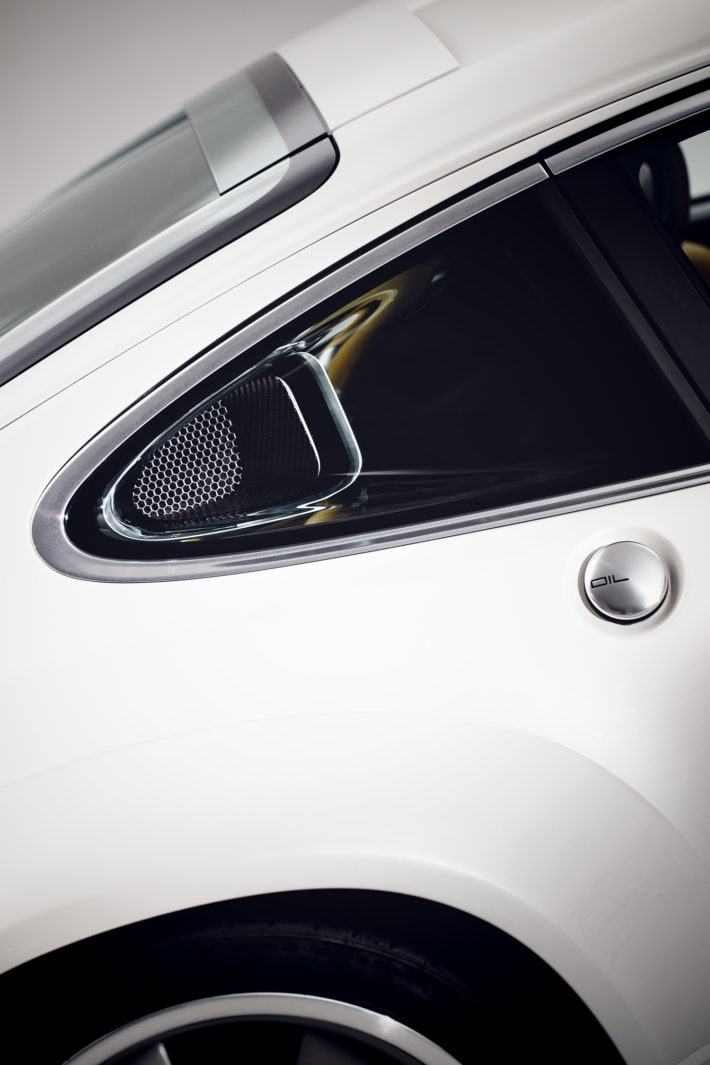 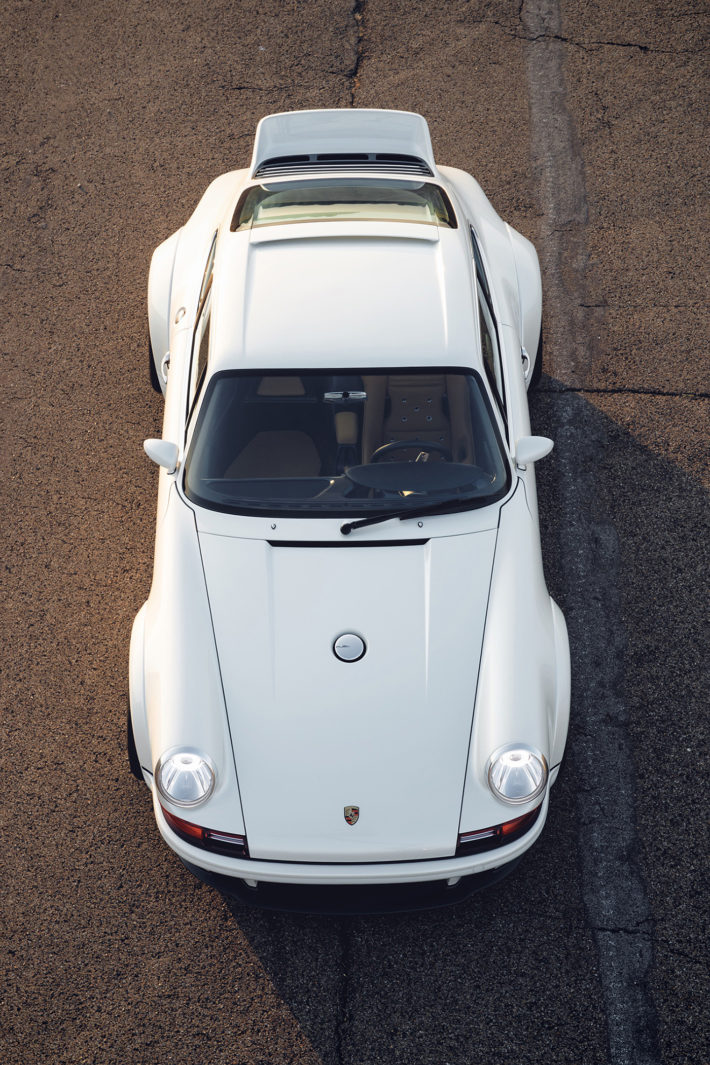 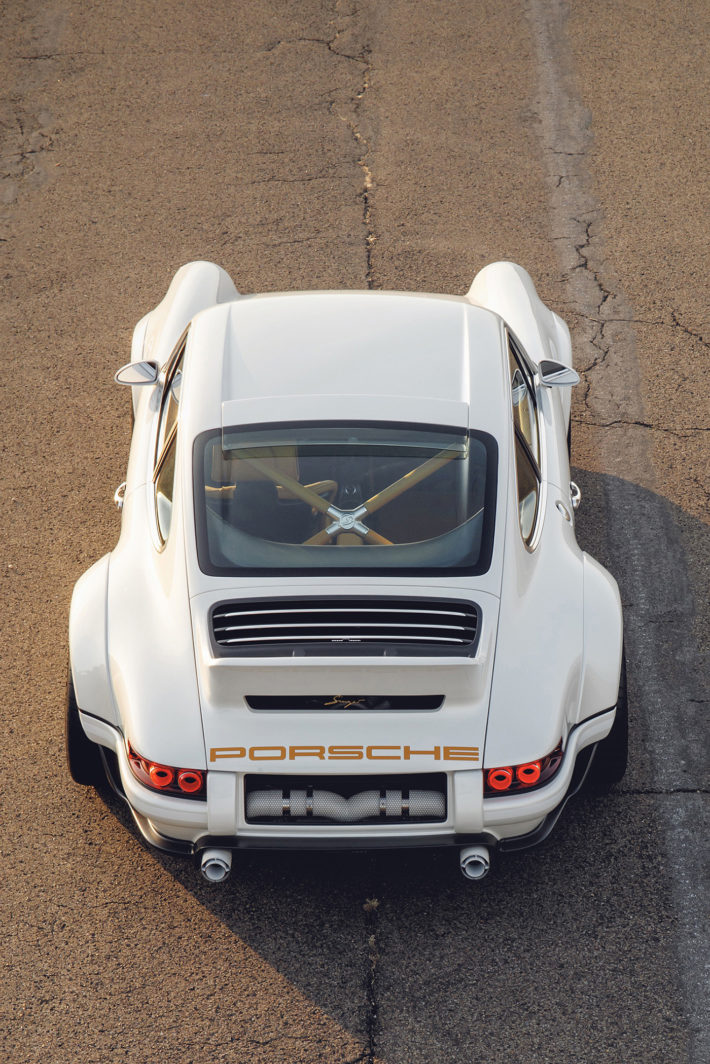 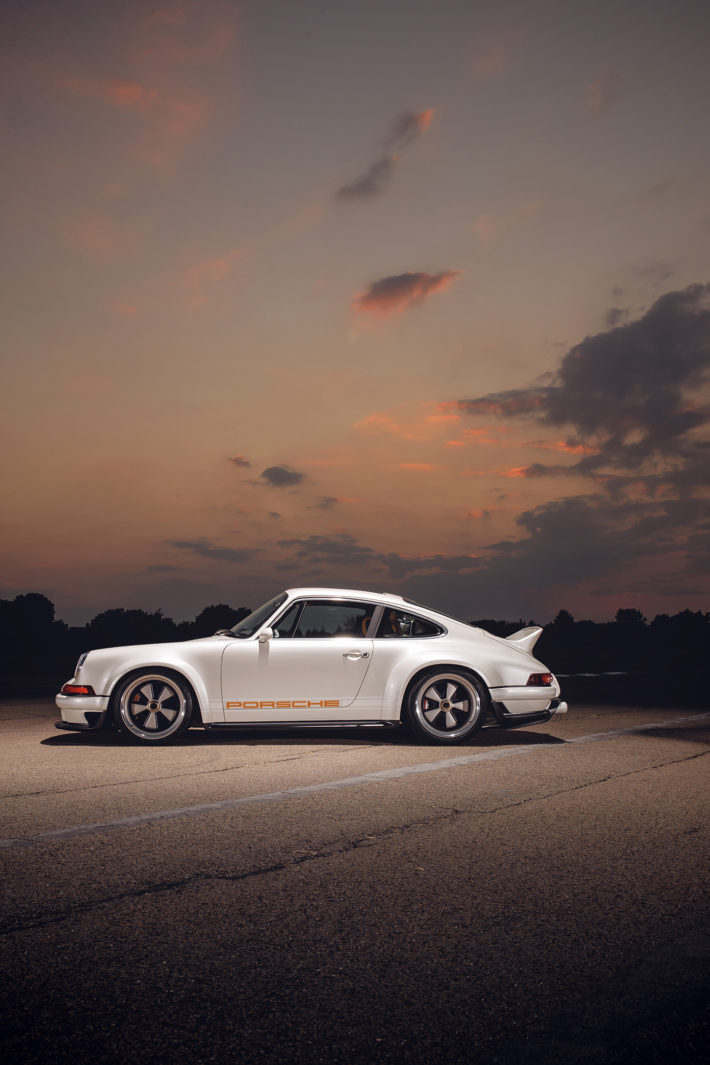 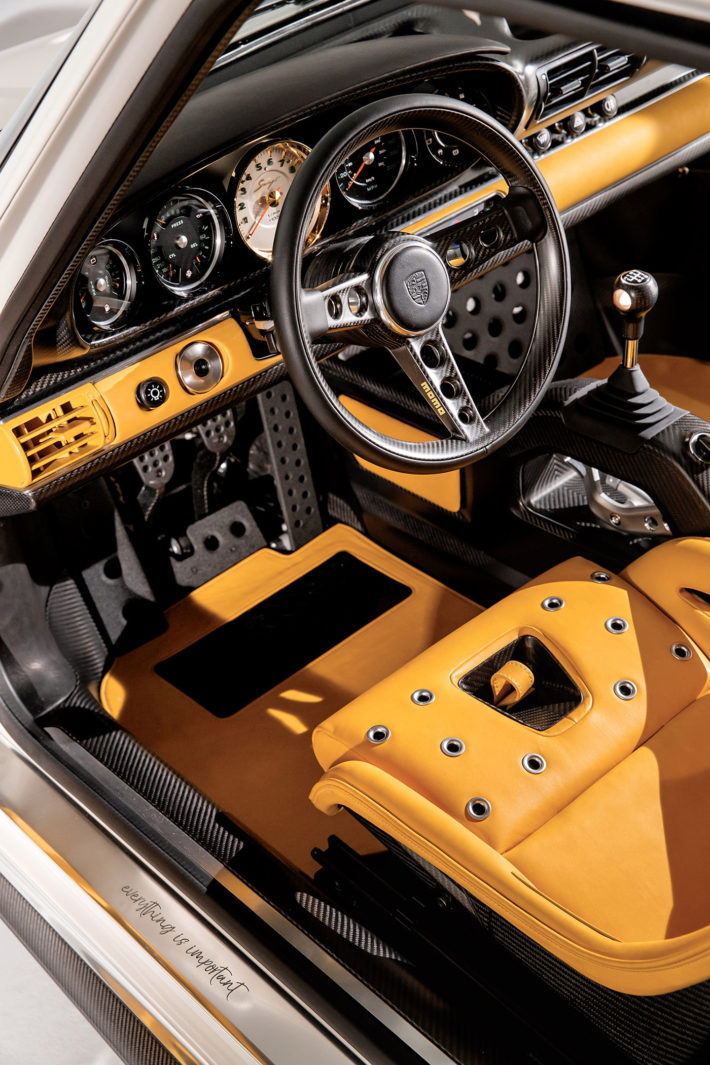 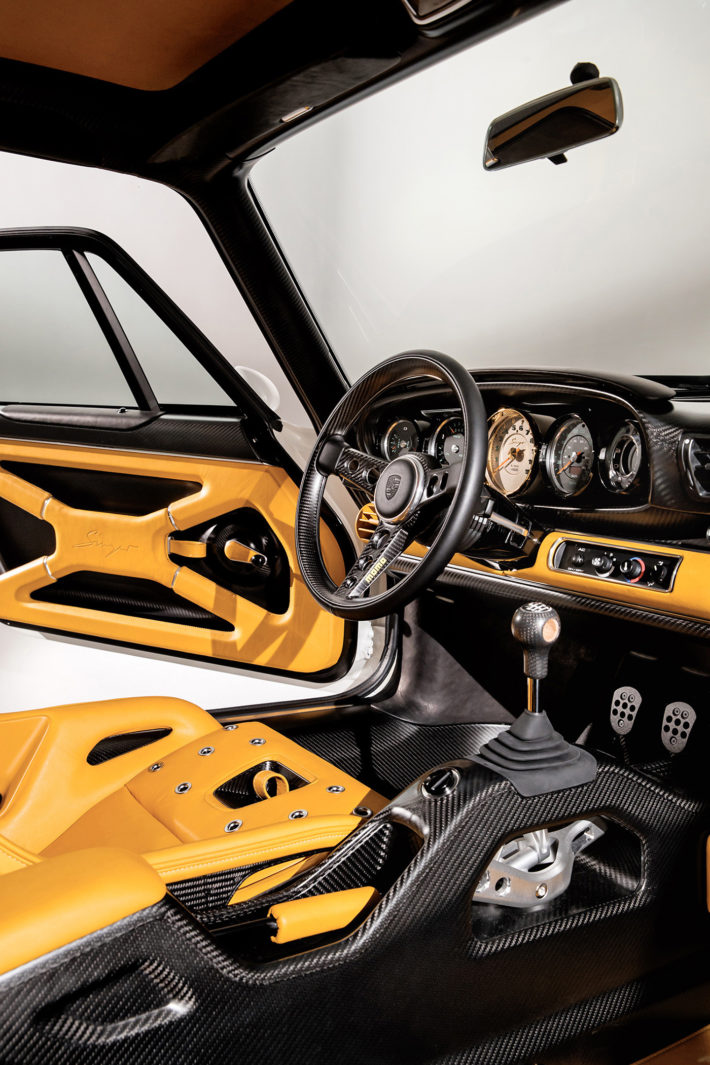 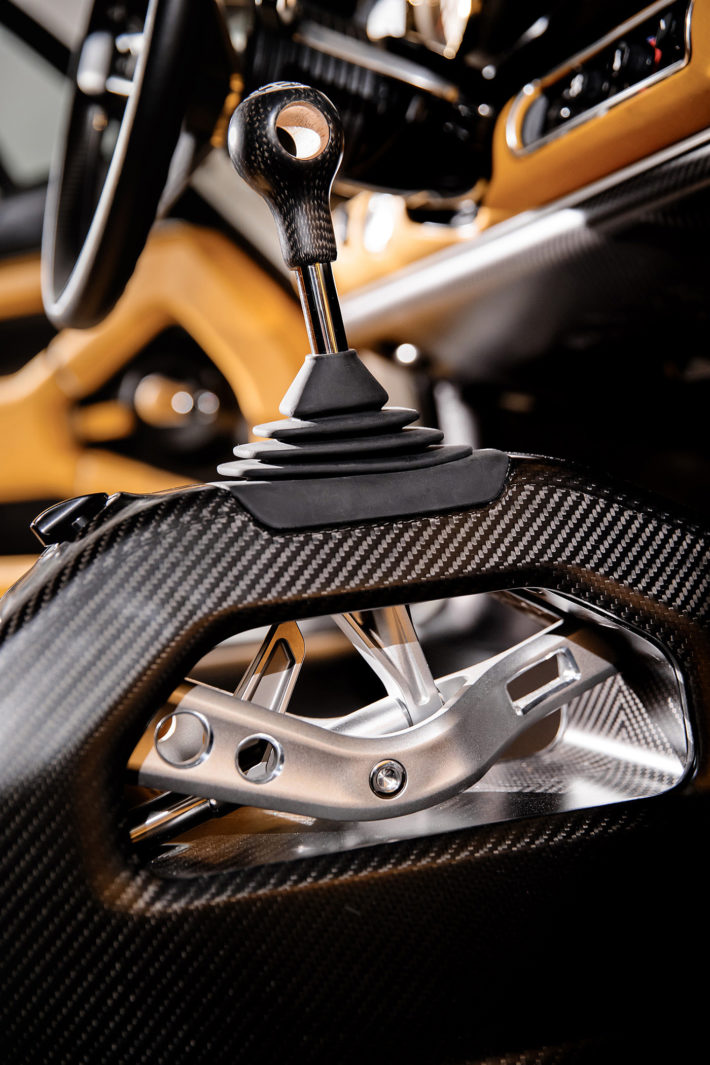