Its destiny is already there in its name. The Ferrari 488 Pista, which means racetrack in Italian, is the extreme version of the 488 GTB, just as the Challenge Stradale was in 2003, the 430 Scuderia in 2007, and most recently, in 2013, the 458 Speciale: existing models that were modified to boost their performance, raising it to the highest levels. Obviously, for the 488 Pista the Ferrari engineers have taken as their starting point the competition versions of the 488, the ones that race in the Maranello-based manufacturer’s single-marque championship, as well as taking part in endurance races like the celebrated 24 Hours of Le Mans. Thus the 488 Pista, which is also a road-legal supercar, has spent a lot of time in the wind tunnel. For example, that hole in the middle of the hood, along with the whole of the front end, which has been profoundly altered, recalls the S-Duct of the Ferrari F1, a system that exploits flows of air to generate the downforce that holds the car onto the asphalt and permits better performance. The underside has been modified for the same purpose, as have the rear spoiler, 33 millimeters higher on the Pista, and the diffusor. Steps “that have improved the aerodynamic efficiency by 20%,” Matteo Biancalana, Ferrari’s performance manager, explained to us. What does this mean? That the Pista is able to take corners at an inconceivable speed and constantly transmits the 720 horsepower of its V8 3.9 liter engine to the road: no Ferrari road car had ever achieved results like this. It has 50 horsepower more than the GTB, but it’s not just this that makes the difference. Of course, 0-100 kph in 2.85 seconds is impressive, as is the top speed of over 340 km/h, but what is really astounding is the power delivery, the engine that spins at up to 8000 rpm and the sound, incredible for a turbocharged car, something that they have succeeded in attaining at Ferrari thanks in part to the use of Inconel, a very light alloy, for the exhaust manifolds. Then there are the new titanium rods and the carbon-fiber intake manifold of the V8. The 488 Pista, which we took for a run on the Fiorano Circuito, where the company tests its F1 cars, proved irrepressible in its desire for speed, amazing in its traction and grip, unmistakable in its sound and highly sensitive to touch: be it use of the seven-speed dual-clutch transmission, a slight variation in the setup with the Manettino switch on the steering wheel (borrowed from the racing cars), or your foot on the accelerator. Weighing 90 kg less than the GTB, and thanks to the work done on the aerodynamics, the handling has been made sharper, and is even more precise with the new FDE (Ferrari Dynamic Enhancer), which by acting on the brakes in a truly imperceptible manner, and only in the CT-OFF setting, allows the Pista to be driven at its best. The rest? Simple, it’s up to whoever’s behind the wheel, but we have to admit that in the kilometers we drove it on the roads around Maranello the 488 Pista showed us that a supercar designed for the track can today be driven even over the speed bumps of our cities without too much embarrassment, something unimaginable even just a few years ago. 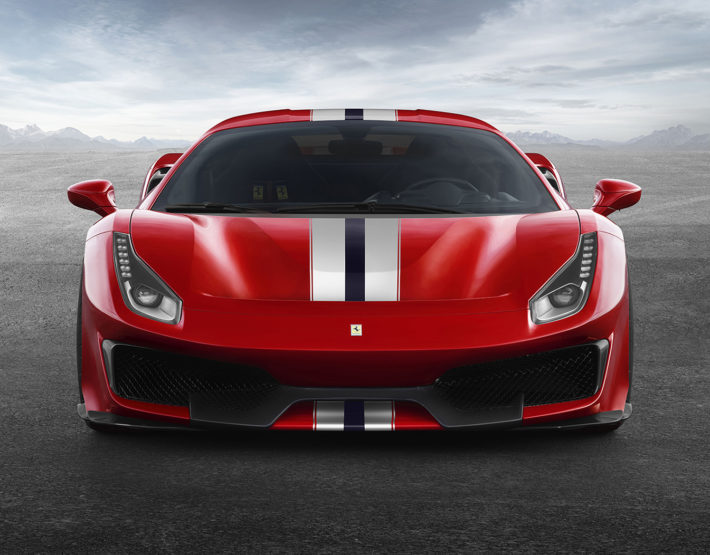 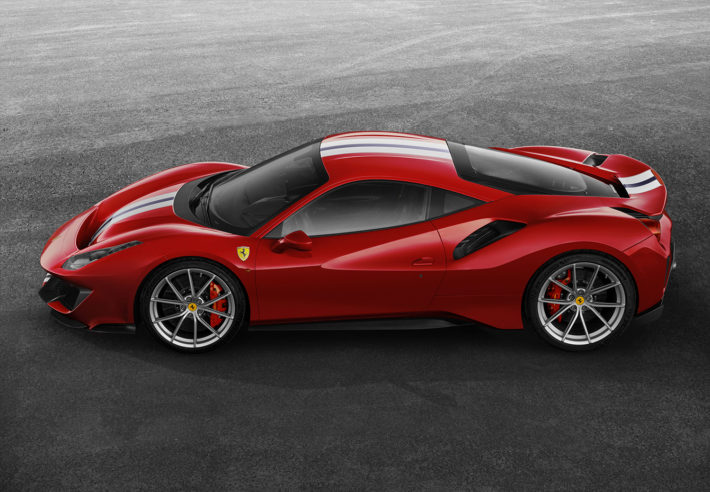 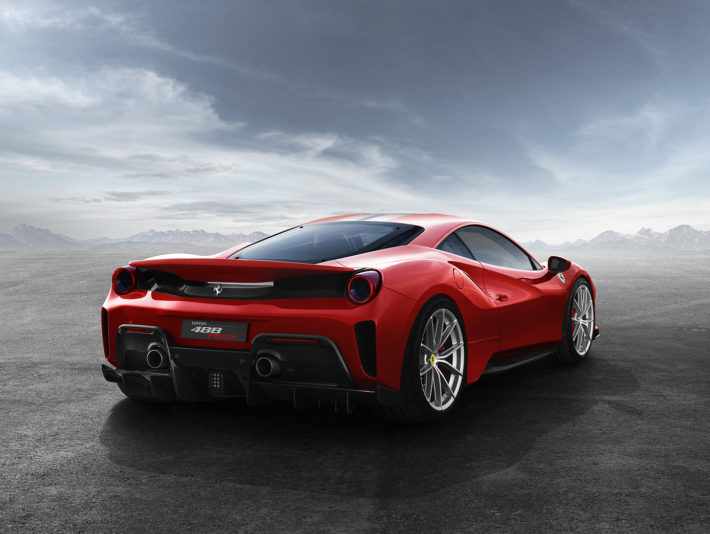 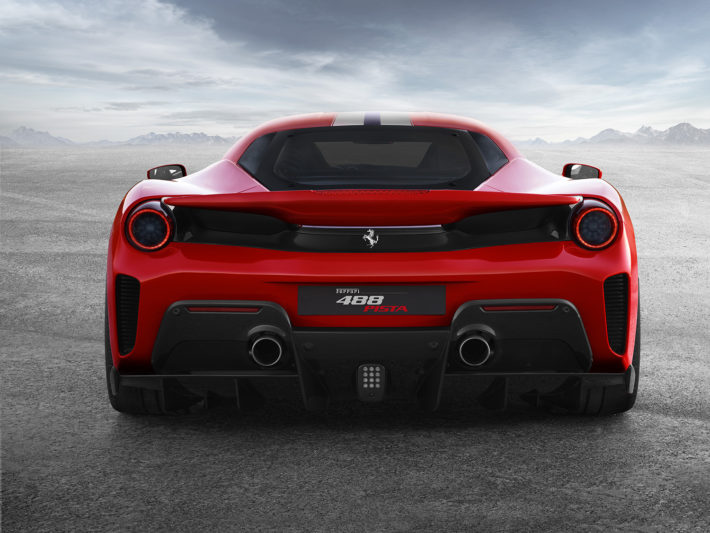 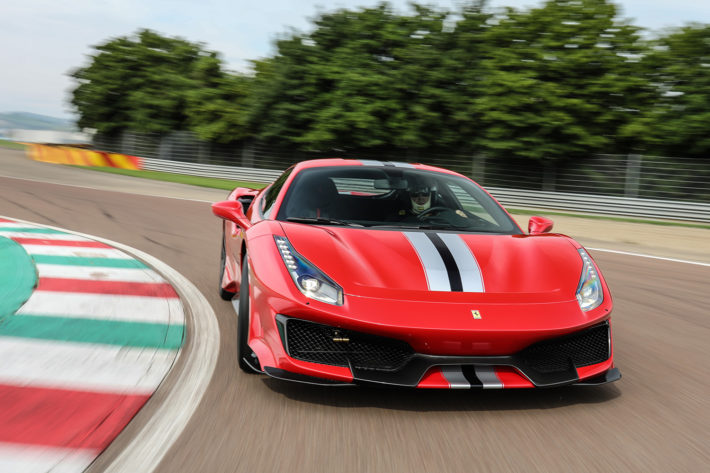 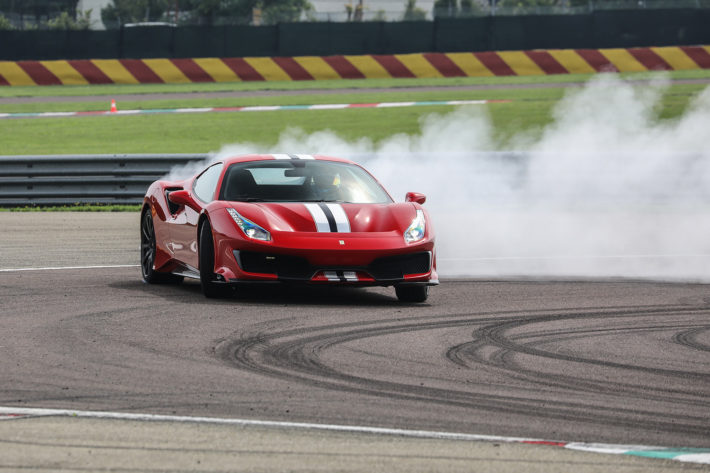 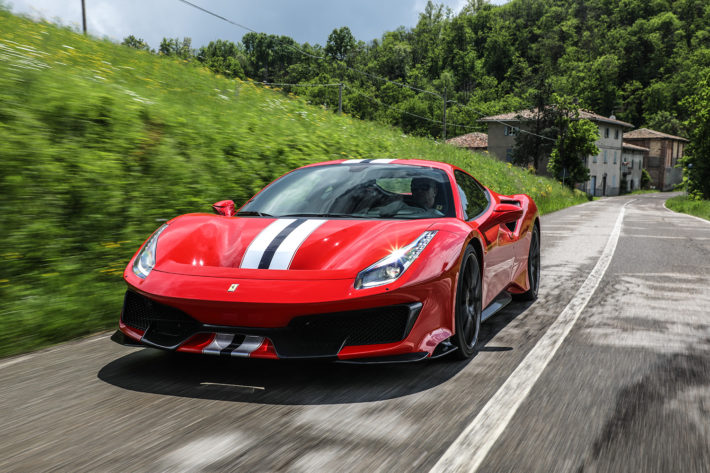 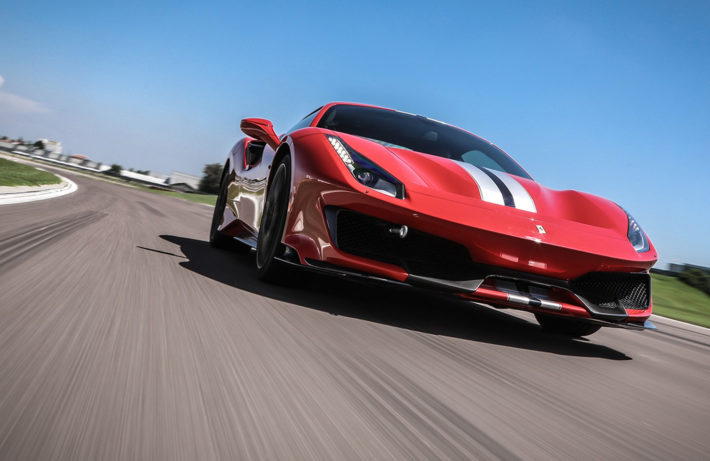 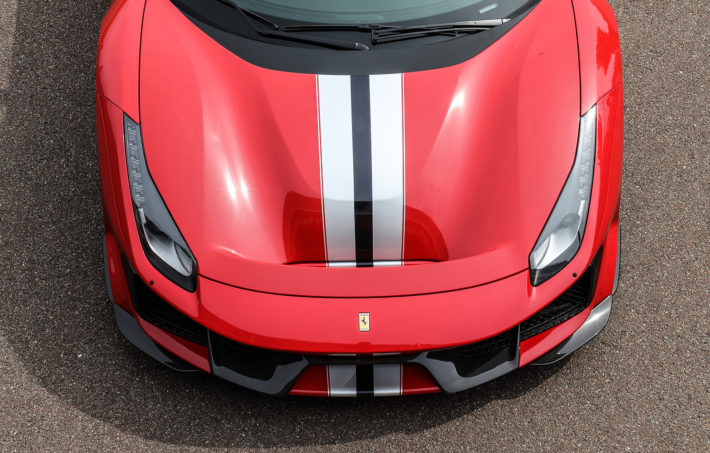 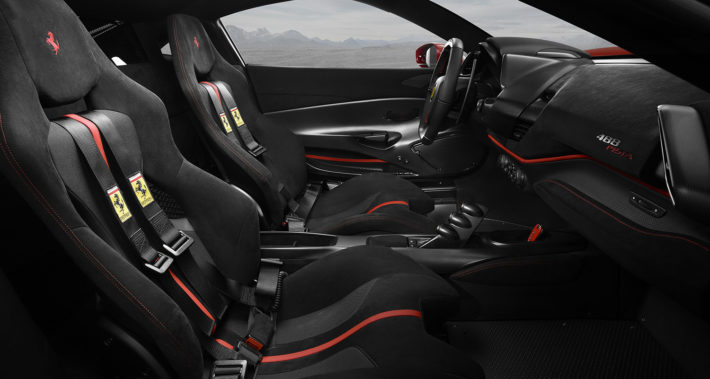 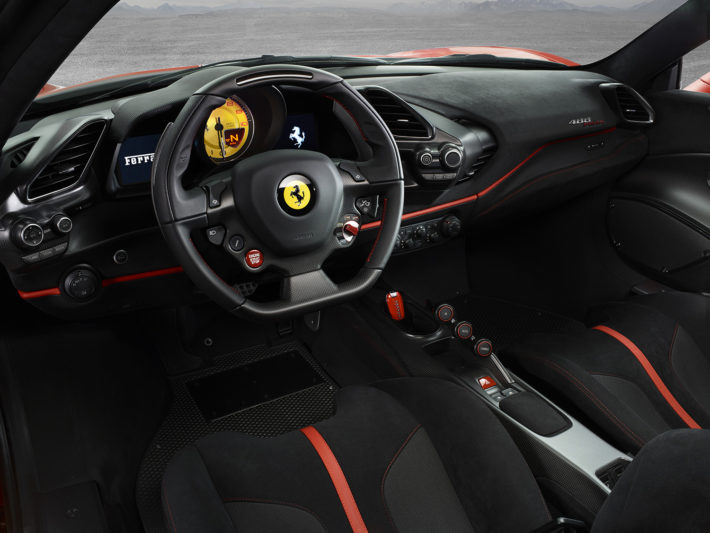