Despite the evolution it has undergone, the lines of the Porsche 911 look the same: the changes made have been done to keep faith with an idea dating back more than fifty years, to 1963. It is a rare example of design that has been able to unite the most iconic of silhouettes, linked to tradition, with a stylistic and technological development that is still on the cutting edge. Seven generations have preceded the new model, whose designation is 992. Moving with the times, but all with the engine slung out behind the rear axle: a characteristic of undoubted fascination and an engineering challenge that is renewed with each new version. The lines have been perfected without betraying its origins, as we were saying, taking a considerable step forward from the aerodynamic viewpoint, with a rear that is 44 mm (1.75 inches) wider, making more room for the variable-position spoiler, and a wider wheel track at the front. On the sides, note the broader arches that house the 20-inch front wheels and 21-inch rear ones, and the seamless light bar at the back. The chassis is sturdier and more compact, and is built around the new Modular Mid-Engine (MMB) platform, which will also be used in future models from Porsche. On board, the only direct link with the past is the analog rev counter, while the rest of the dashboard is given over to an advanced system of connectivity, based on swarm intelligence, with the 10.9-inch central screen of the Porsche Communication Management (PCM) acting as a digital control unit: instrumentation which is not purely that of a sports car, allowing the 992 to meet the needs not just of those who love the racetrack, but also of those looking for a more advanced and comfortable drive under everyday conditions. And comfort also means safety and assistance at the steering wheel, of course. On this front, the 992’s innovations include the Wet mode, which offers greater safety when driving in the rain, and the Night Vision Assist function with a thermal imaging camera. Lightness, trump card when it comes to agility on curves, is another strongpoint of the new 911, which weighs 110 pounds less than the previous model. And then there is the power of the celebrated 3.0-liter flat-six, which puts out up to 450 hp, and 530 Nm of torque, thanks to the presence of larger turbochargers, arranged symmetrically and equipped with piezoelectric injectors. A power that is delivered in masterly fashion by an eight-speed dual-clutch PDK transmission. The performance lives up to expectations: 191 mph for the S and 190 mph for the 4S, with an acceleration from 0 to 60 mph of 3.5 seconds (S) and 3.4 seconds (4S), dropping respectively to 3.3 and 3.2 seconds with the Sport Chrono Package. An eighth generation that still has a whole story to tell, but one of which we already know a great deal. In fact, in addition to the Carrera S and 4S Coupé, it is already possible to admire and acquire the Cabriolet version of the 992, while for the purists of the naturally-aspirated engine work on the development of the GT3 model is said to be well advanced. 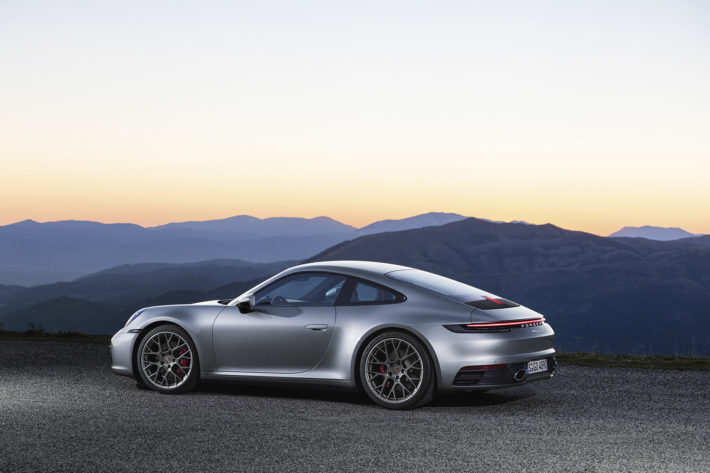 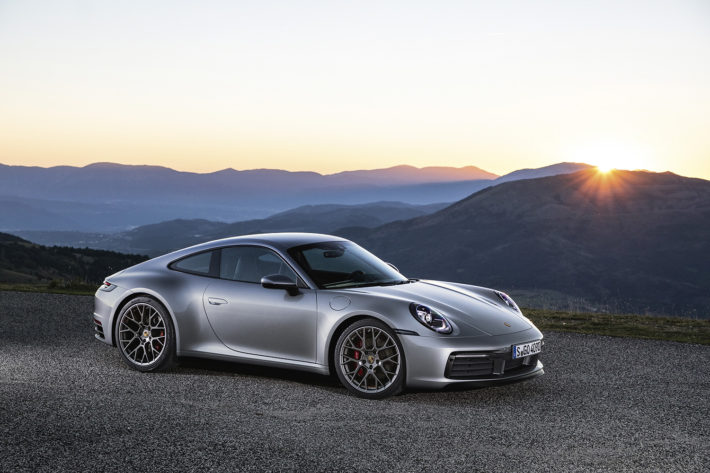 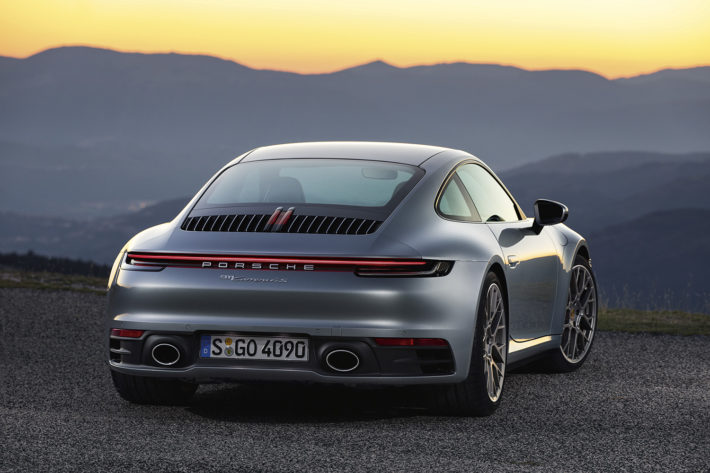 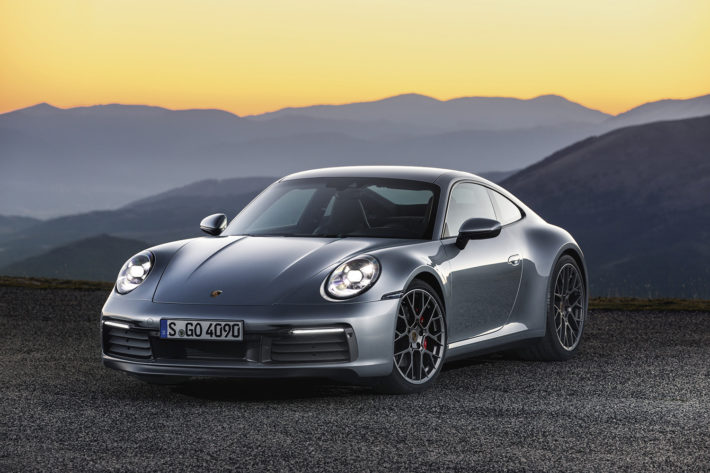 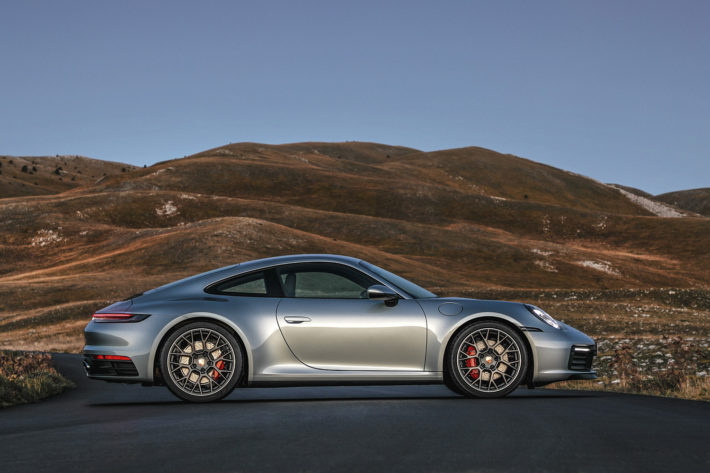 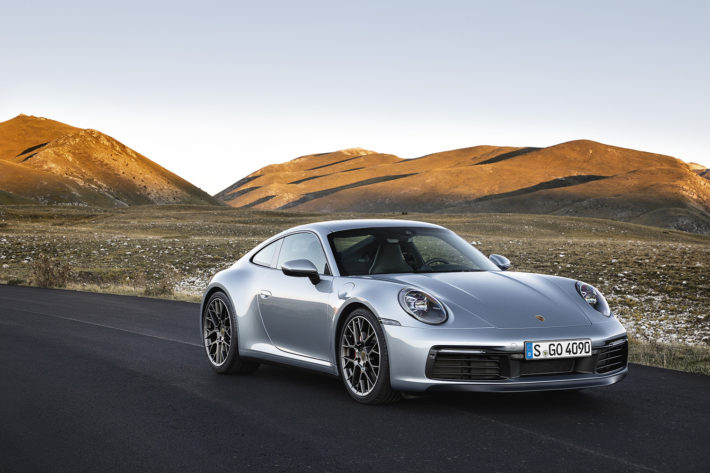 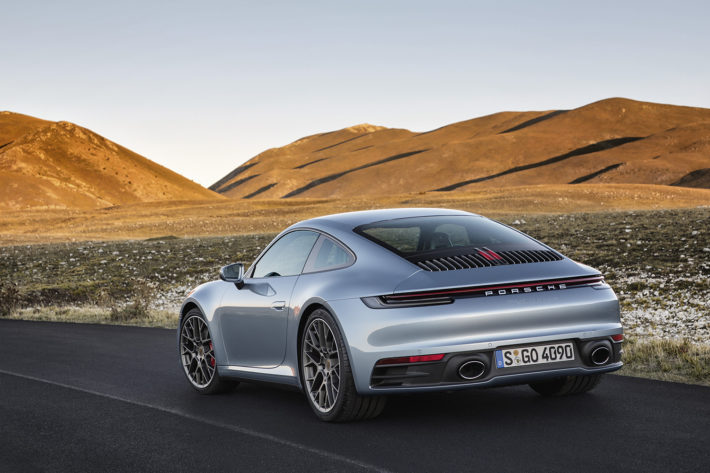 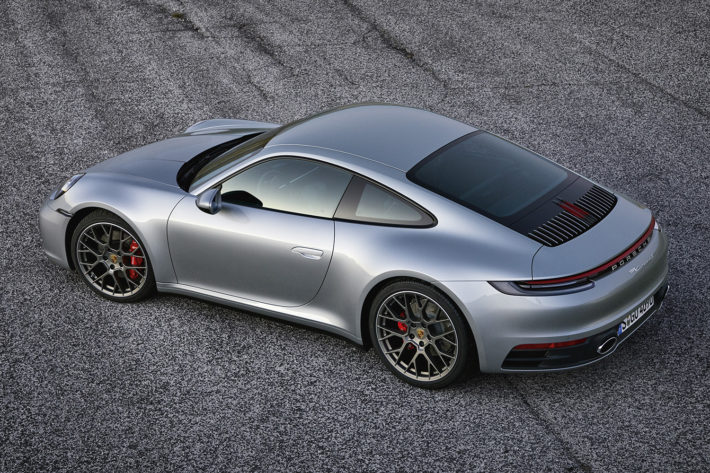 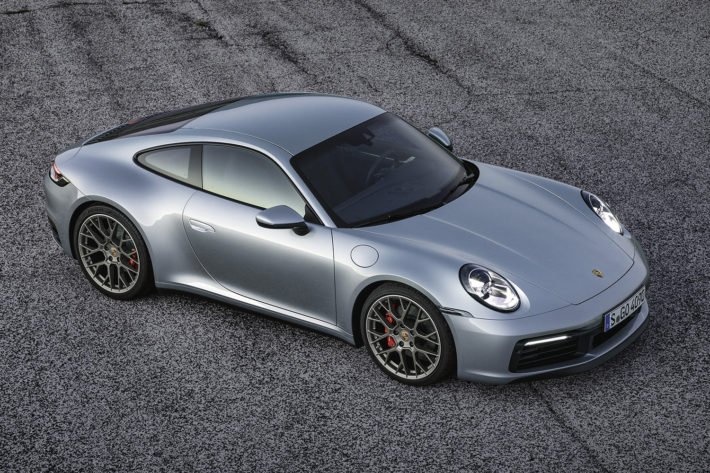 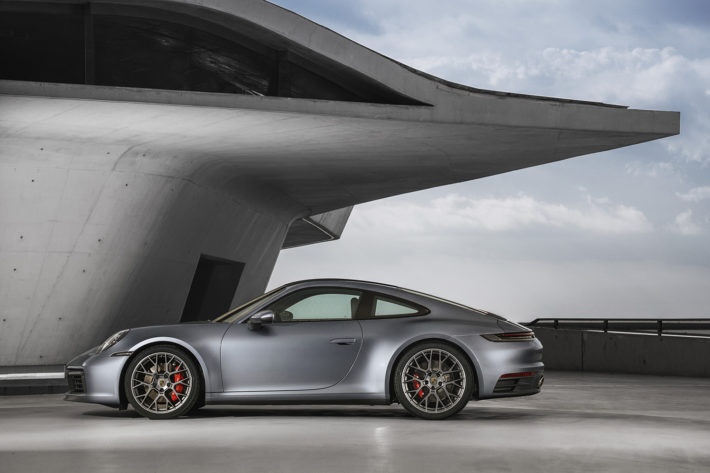 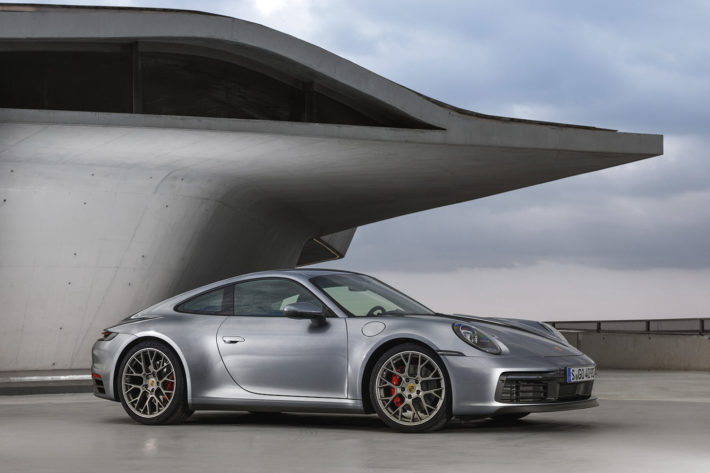 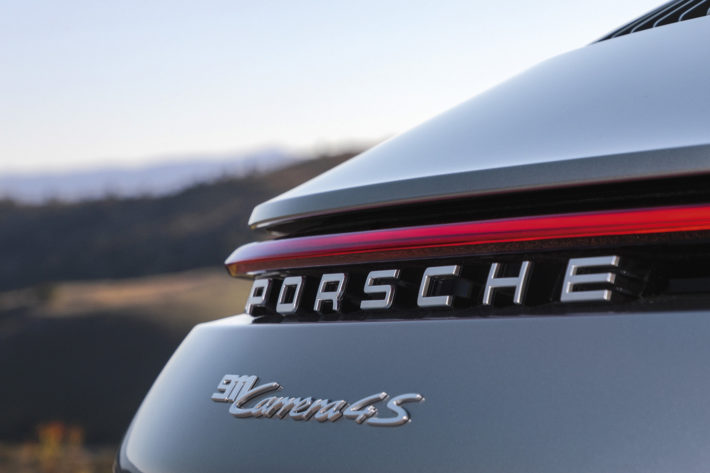 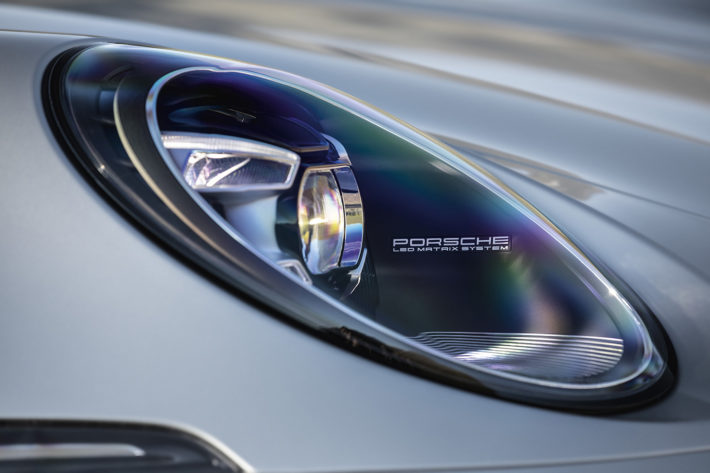 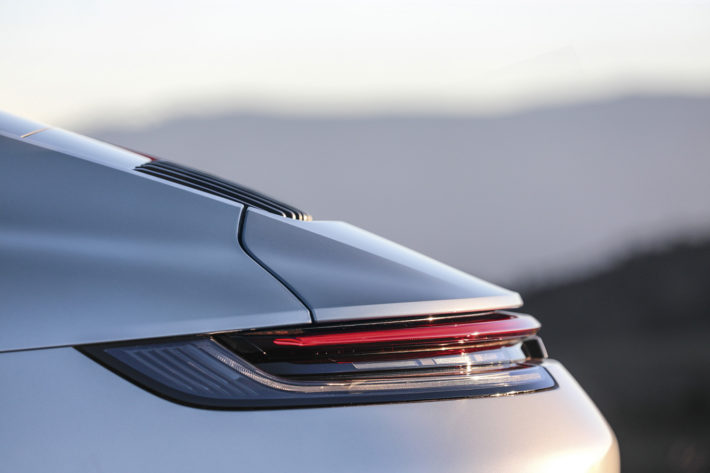 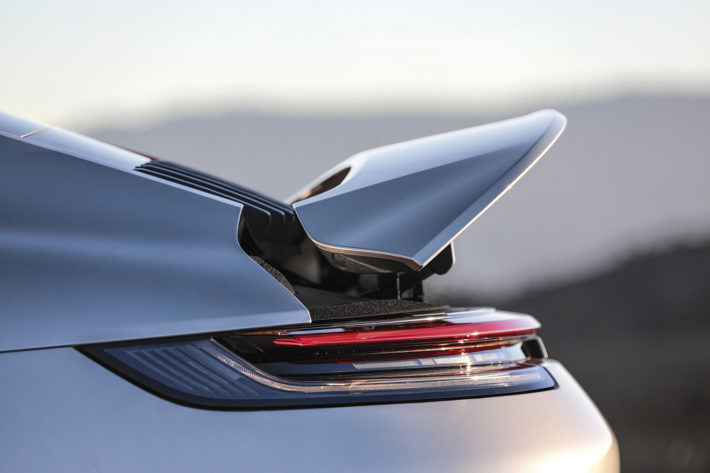 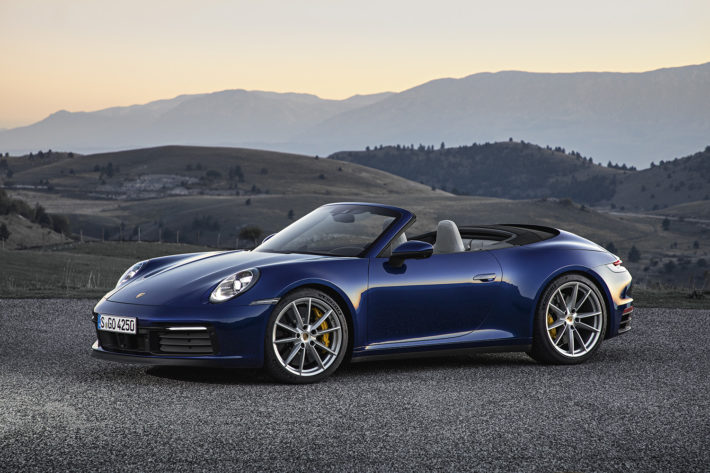 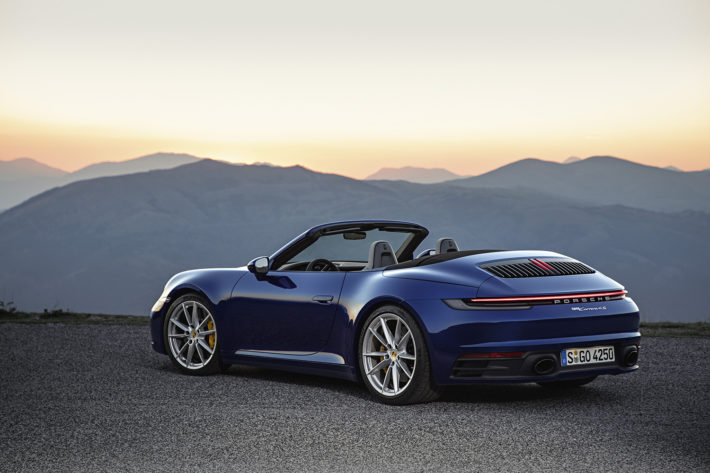 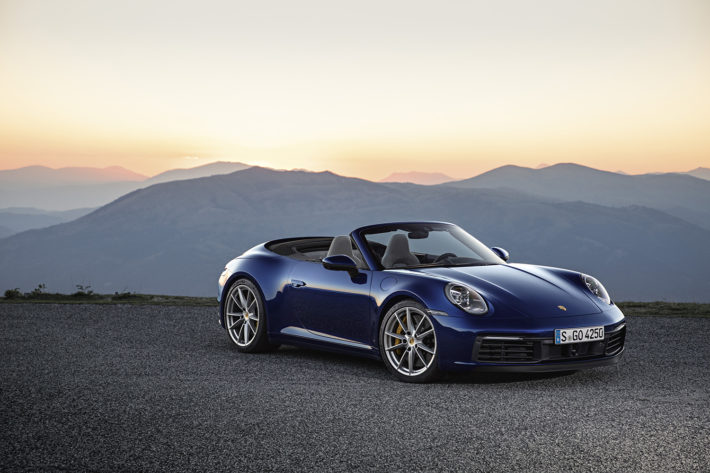 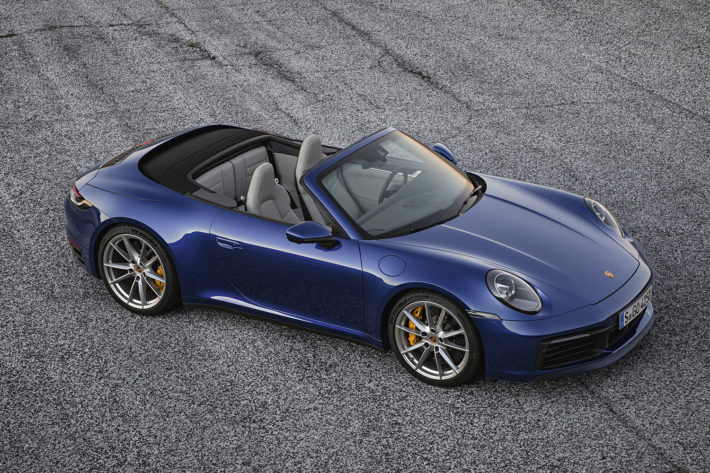 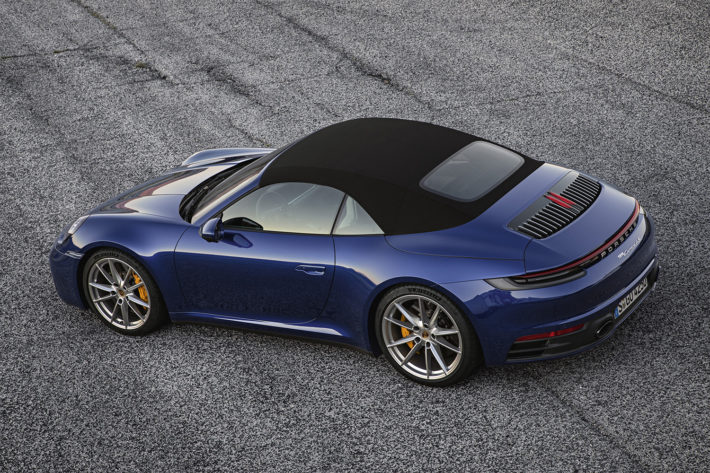 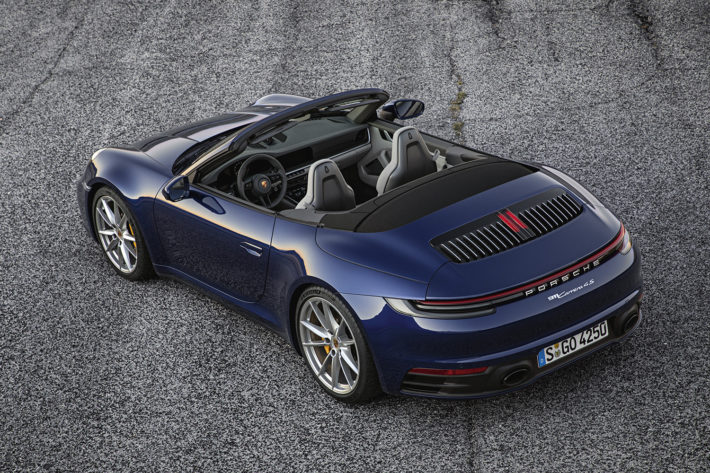 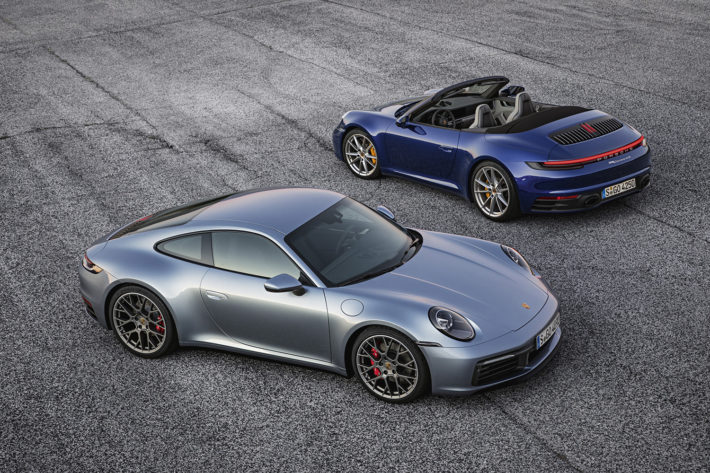 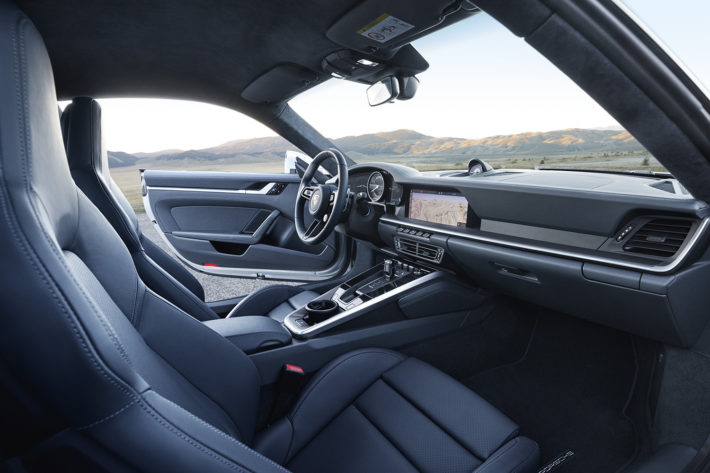 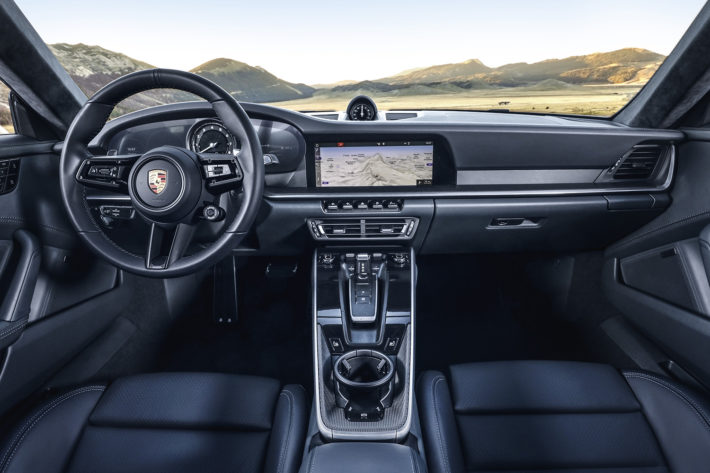 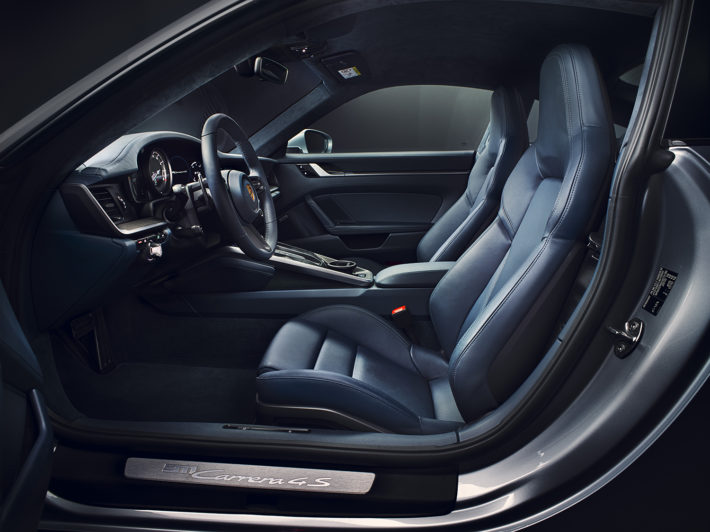 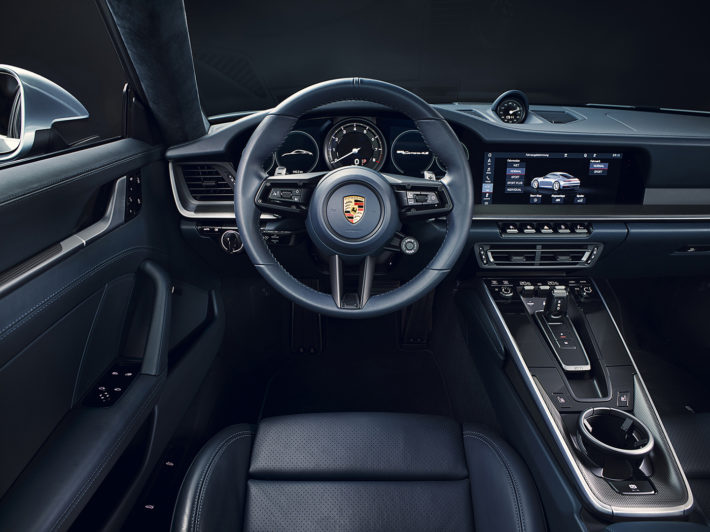 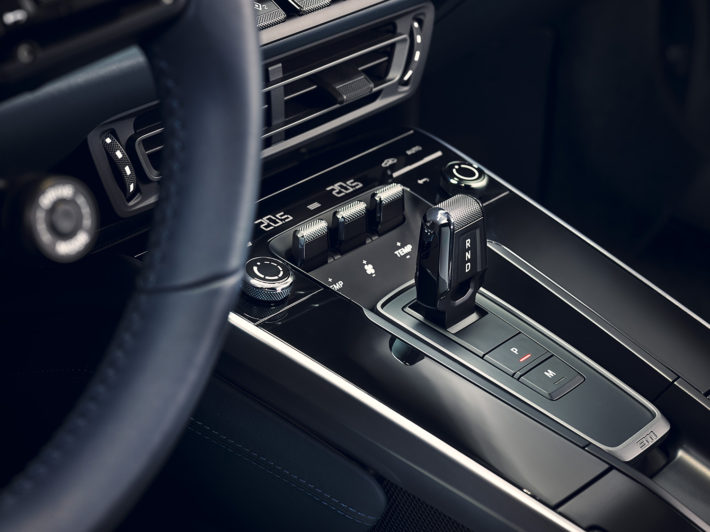