In the world of fast cars, it’s not just the big names that attract the attention of enthusiasts. There are makes less popular than Ferrari, Porsche or Lamborghini, to mention just the most famous, but equally highly thought of by the aficionados of speed. Pagani, for example, a small factory based at San Cesario sul Panaro, in the province of Modena, specialized in the production of very high-performance autos, so-called hypercars, which is celebrating the twentieth birthday of its Zonda model this year. Or Koenigsegg, A Swedish manufacturer set up in 1994 to meet the declared ambition of its founder, Christian von Koenigsegg, to build the fastest sports car of all time. The first prototype, the CC, dates from 1996 and the CC8S went into production in 2002. It was followed by the CCR and CCX, but it was with the Agera, in 2010, that the brand also started to get noticed by those who were not following its development closely. Fitted with a 5-liter twin-turbocharged V8, the Agera has a maximum power output of 960 metric horse power, a top speed of 390 km/h and an acceleration of 0 to 100 km/h in just 3 seconds. Record-breaking numbers, but Christian von Koenigsegg did not sit on his laurels and with the R version, introduced in 2011, attained an output of 1170 PS. The One, from 2014, started out from those performances and added a power-to-weight ratio of one to one: 1 kg was matched by 1 PS, i.e. 1360 kg and 1360 PS, with 1371 N⋅m of torque. Today the Koenigsegg range is made up of two models: the Regera, a plug-in hybrid sports car that generates 1500 PS, and the brand new Jesko. 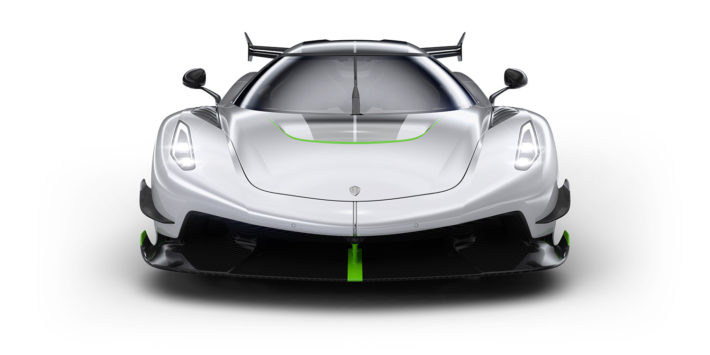 The latter is named after the father of Koenigsegg’s founder, who was also one of the principal architects of his son’s success. It is noteworthy that even before its official debut at the Geneva Motor Show, last January, all 125 build slots for the Jesko had already been sold at 2.5 million euros each. In fact, it is Koenigsegg’s biggest planned production, considering that some of the earlier models had not even reached ten units. A success guaranteed by an astounding level of performance. Under the hood of the Jesko pulsates the latest version of the 5-liter twin-turbo V8, fitted with a new and lighter crankshaft, weighing just 12.5 kg. The piston rods are made of high-quality Swedish steel. The ceramic coating on the walls of the pistons offers protection against detonation when the engine is pushed to its maximum. The power output is 1280 PS when running on normal gasoline and as much as 1600 with E85 ethanol fuel blend. Between 2700 and 6170 rpm, 1000 N⋅m of torque are available. The 9-speed transmission has been designed entirely in house and employs a complex multi-clutch system. The car is equipped with active steering on the rear wheels as well, allowing the rear axle to turn in-phase or in antiphase with respect to the front axle, depending on the speed at which the curve is taken: thus it is more agile on bends and more stable at speed. The chassis is made of carbon fiber and has a new tub: 40 mm longer and 22 mm wider than in the models of the past, it is assembled at the factory in the Swedish town of Ängelholm. The interior is minimalist, in a pure Swedish style, but still able to meet the needs for comfort of those who are ready to fork out 2.5 million euros. It is claimed to have a top speed of 480 km/h (300 mph). It is one of the most original hypercars ever, but will not be going into production until 2020. 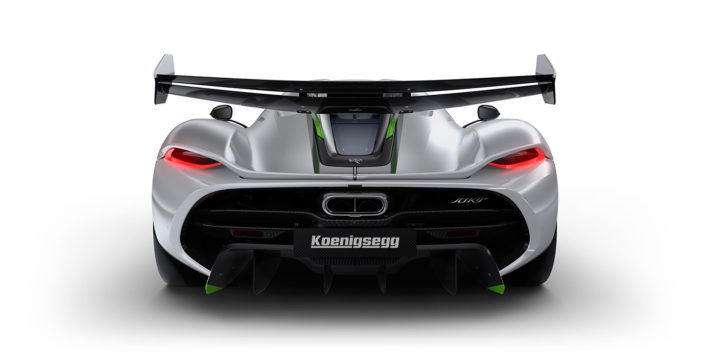 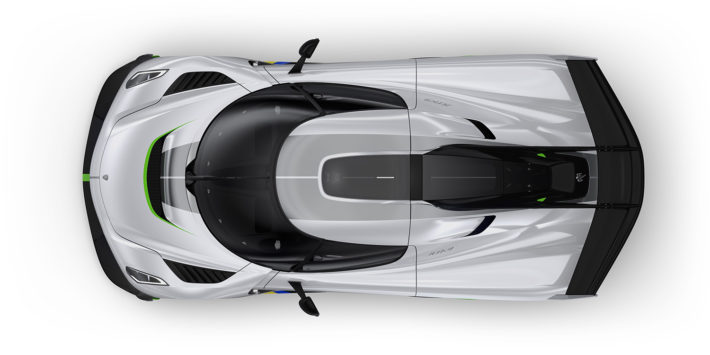 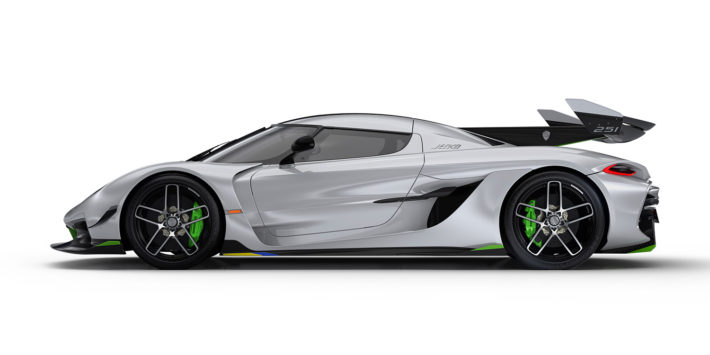 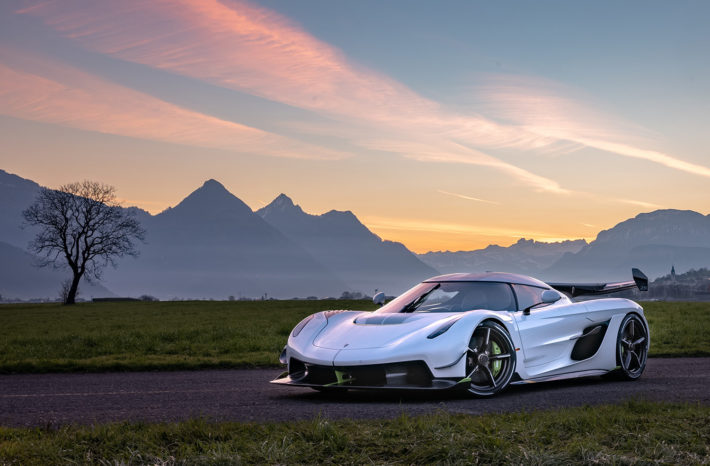 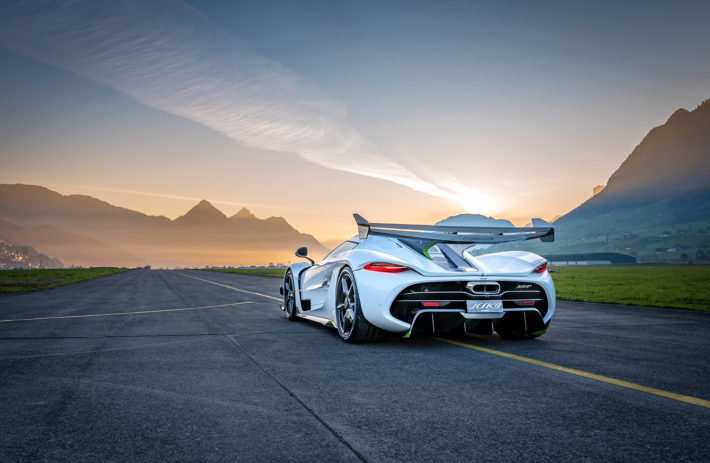 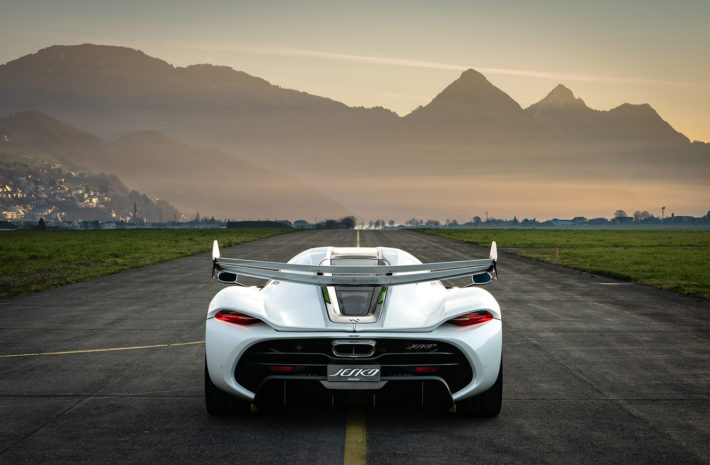 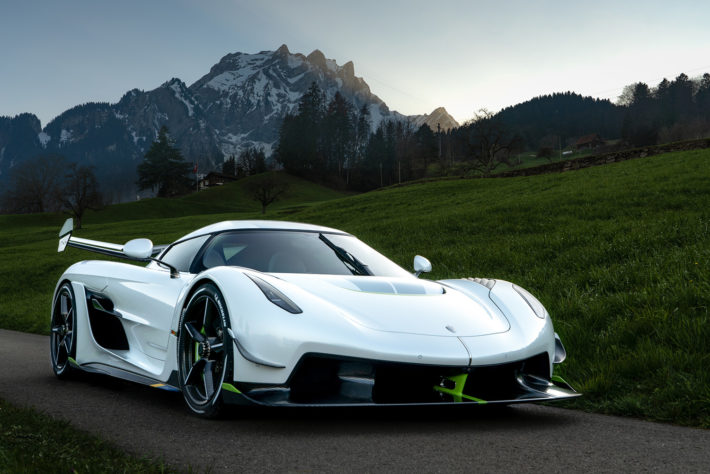 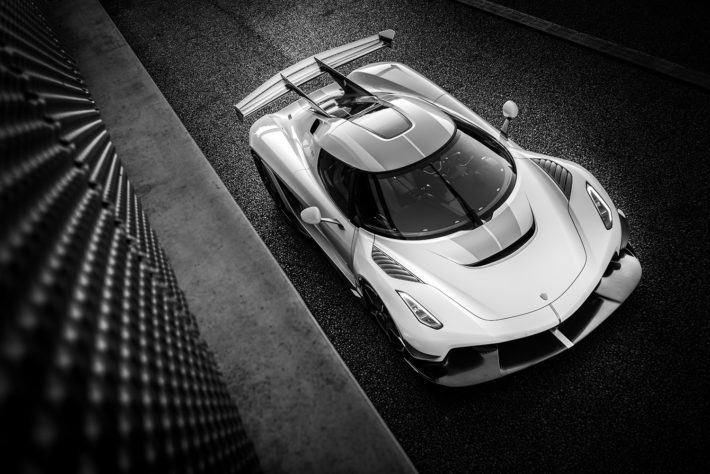 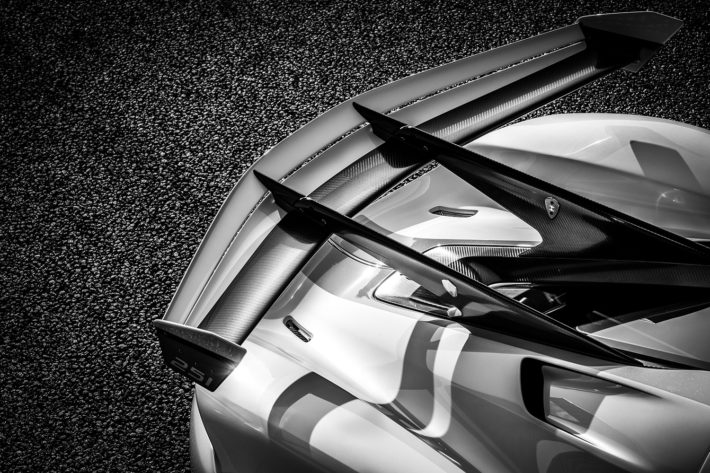 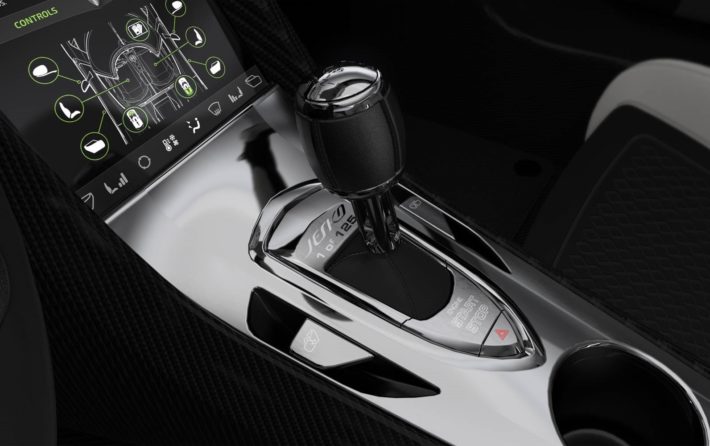 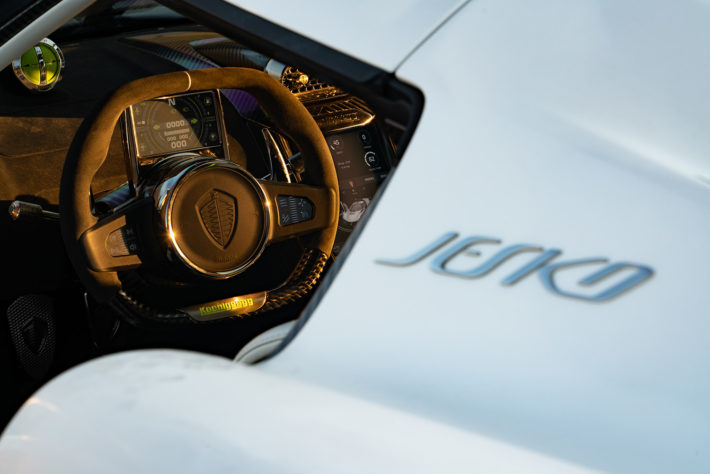 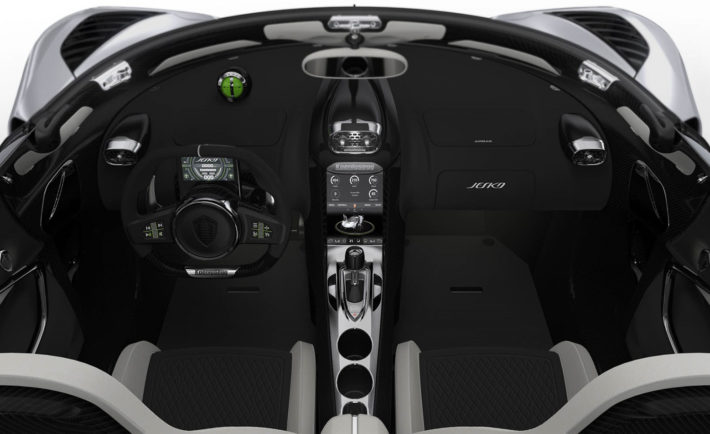 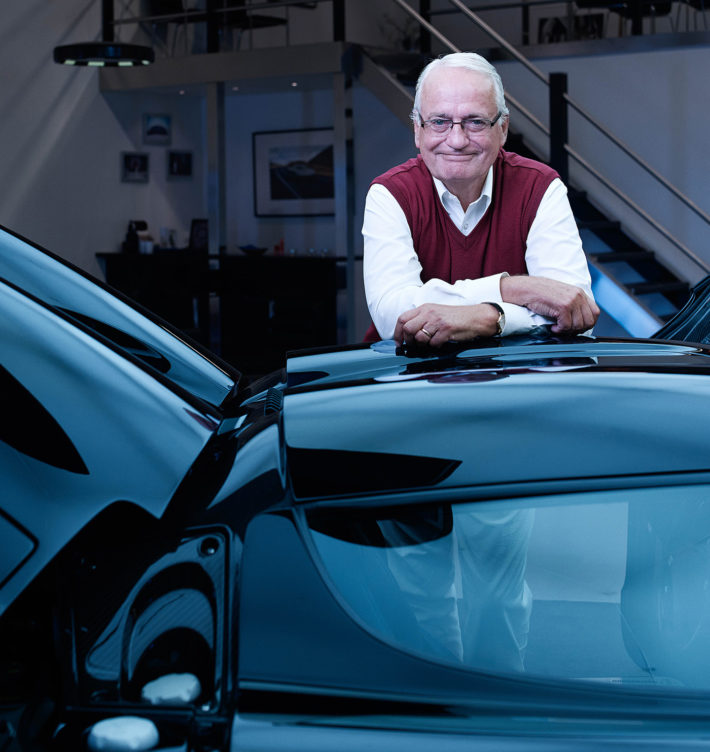