Chad Oppenheim’s design of Villa Allegra investigates the relationship between internal and external spaces. Originally a ranch built in Miami Beach, Florida, in the 1960s, it has been converted into a modern villa. The interesting aspect is that even though the American architect has retained sixty per cent of the original structure, the end result has nothing to do with the previous building. Villa Allegra is a sumptuous 830-square-meter residence, owned by the architect himself and set in the tropical vegetation typical of the Southern United States. The entrance is characterized by openings extending the full height of the building and a rectangular oculus inspired by James Turrell’s Roden Crater Project, an extinct volcano in Arizona that the artist has turned into a place that unites art, architecture, physics and geology. Another oculus, circular this time, is hidden inside the cylindrical column at the back of the house (which also contains a shower). The use of local materials, including coral rock and cypress wood, underlines the indoor-outdoor connection, creating a warmth typical of Mediterranean-style villas. The rooms are laid out around the majestic living room and are defined by their essentiality. Oppenheim has furnished them with a selection of designer objects, including Shiro Kuramata’s chair How High the Moon, Tord Boontje’s Blossom Chandelier, Marcel Wanders’ Crochet Chair and Christian Astuguevieille’s Milukan Armchair. 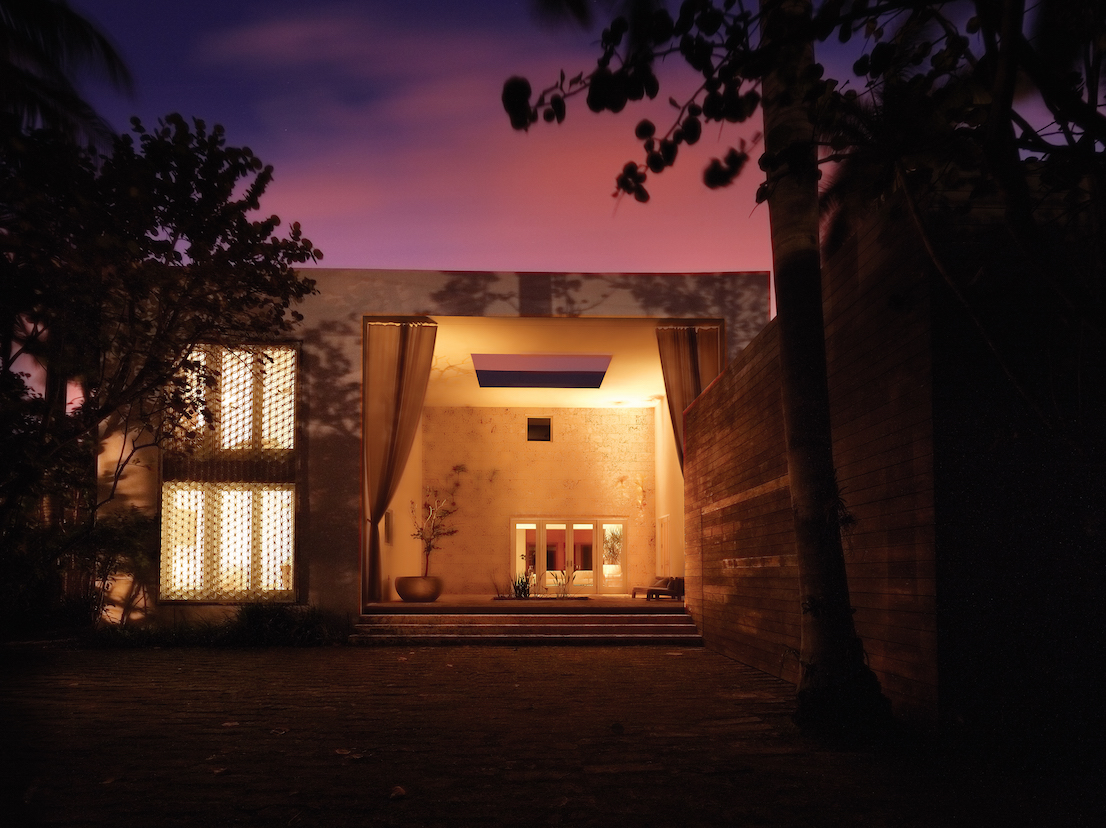 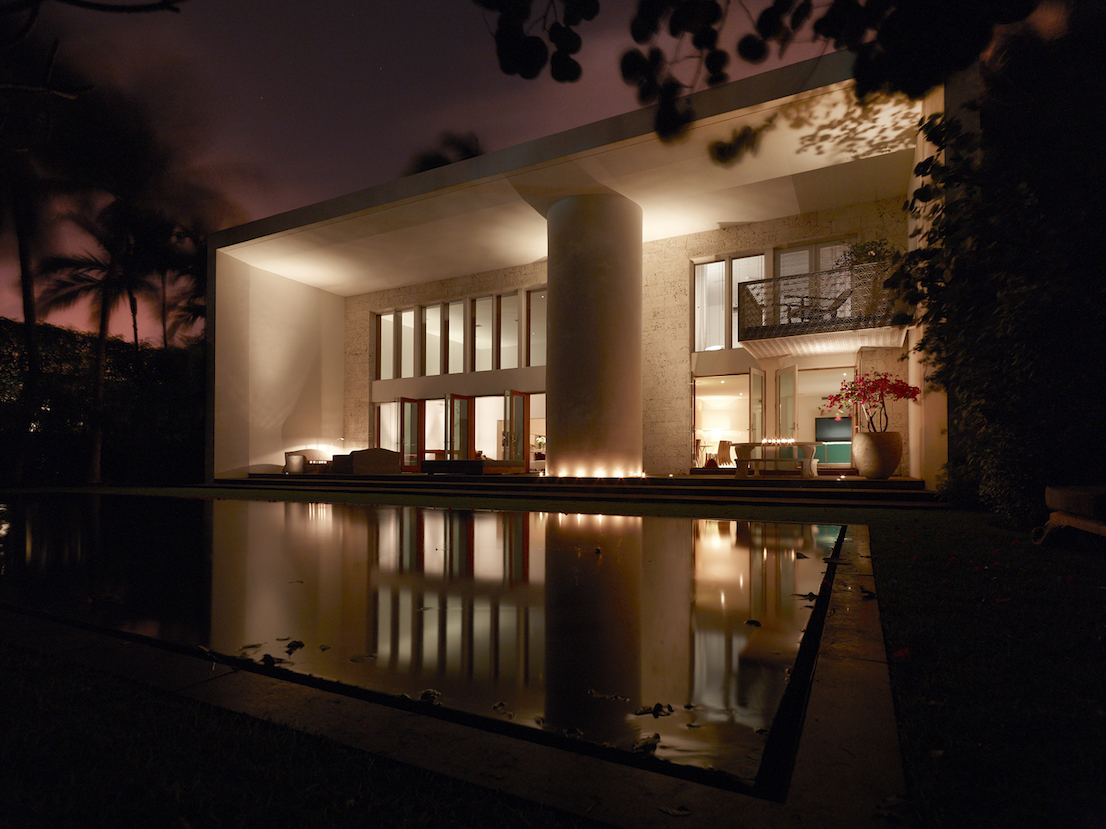 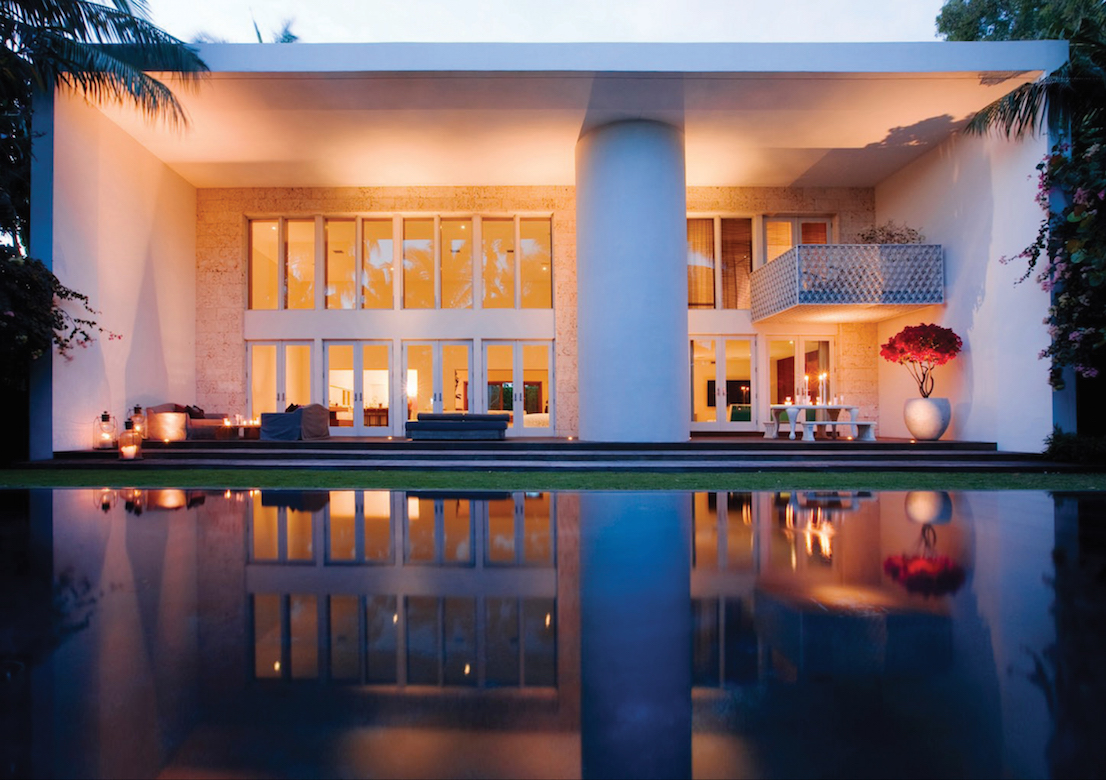 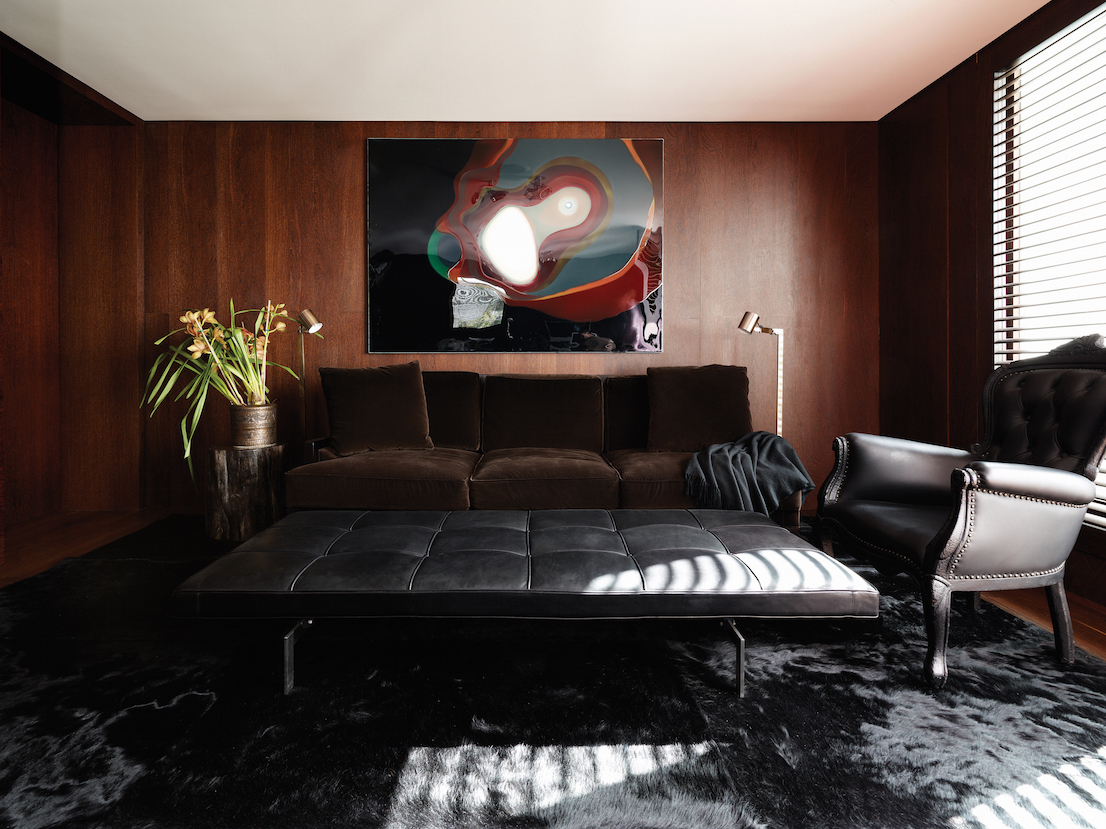 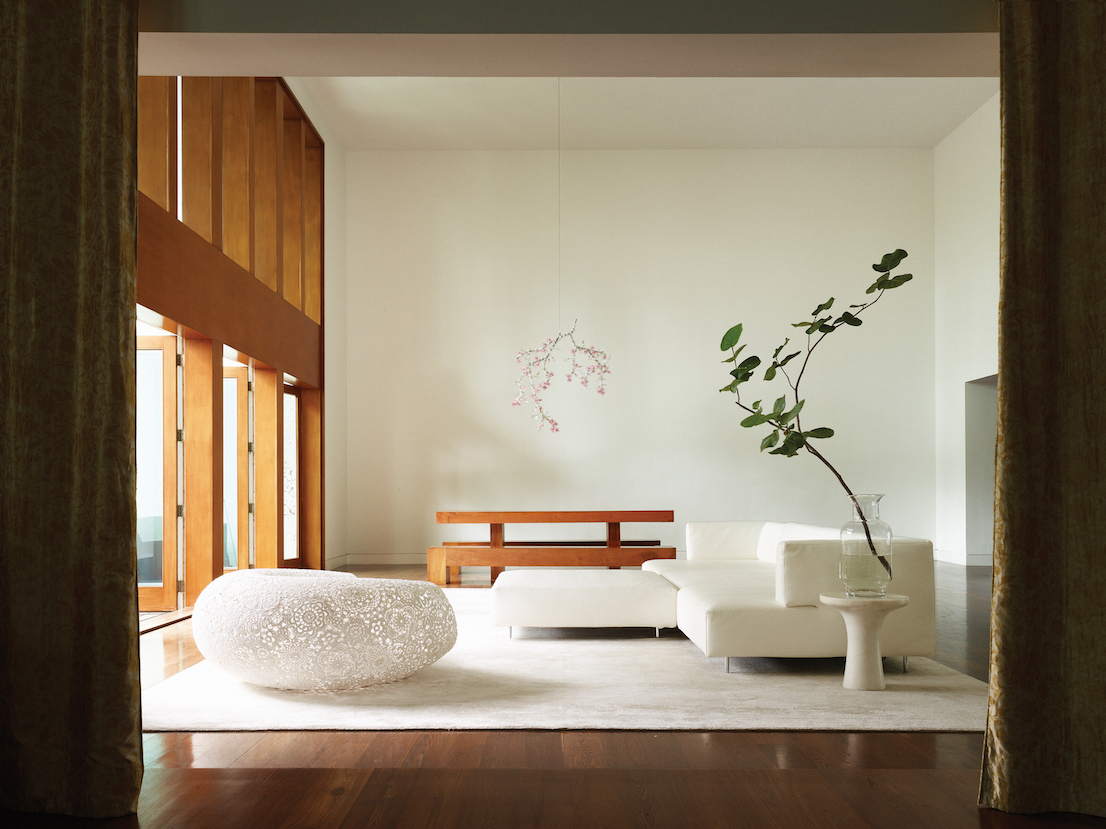 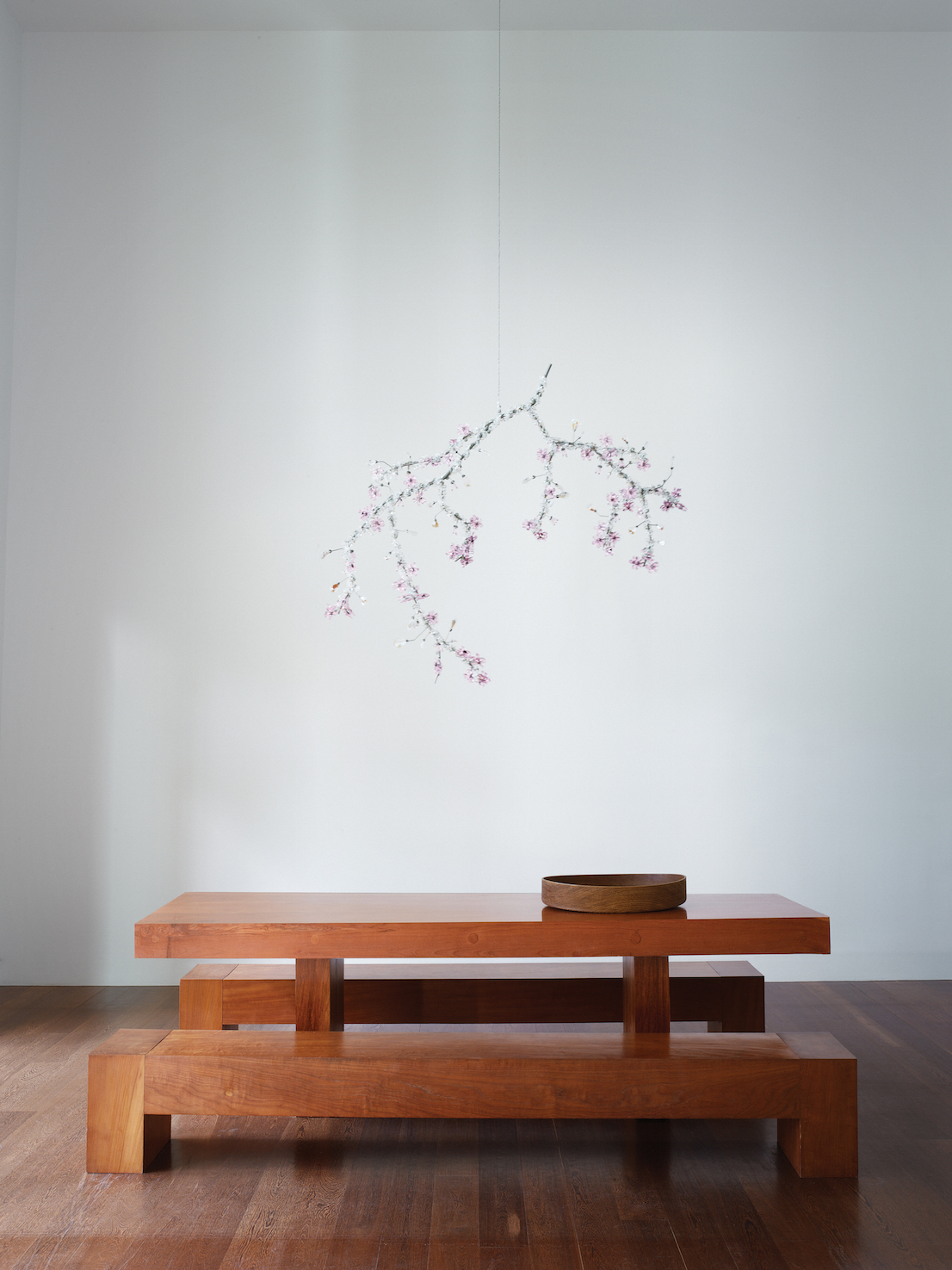 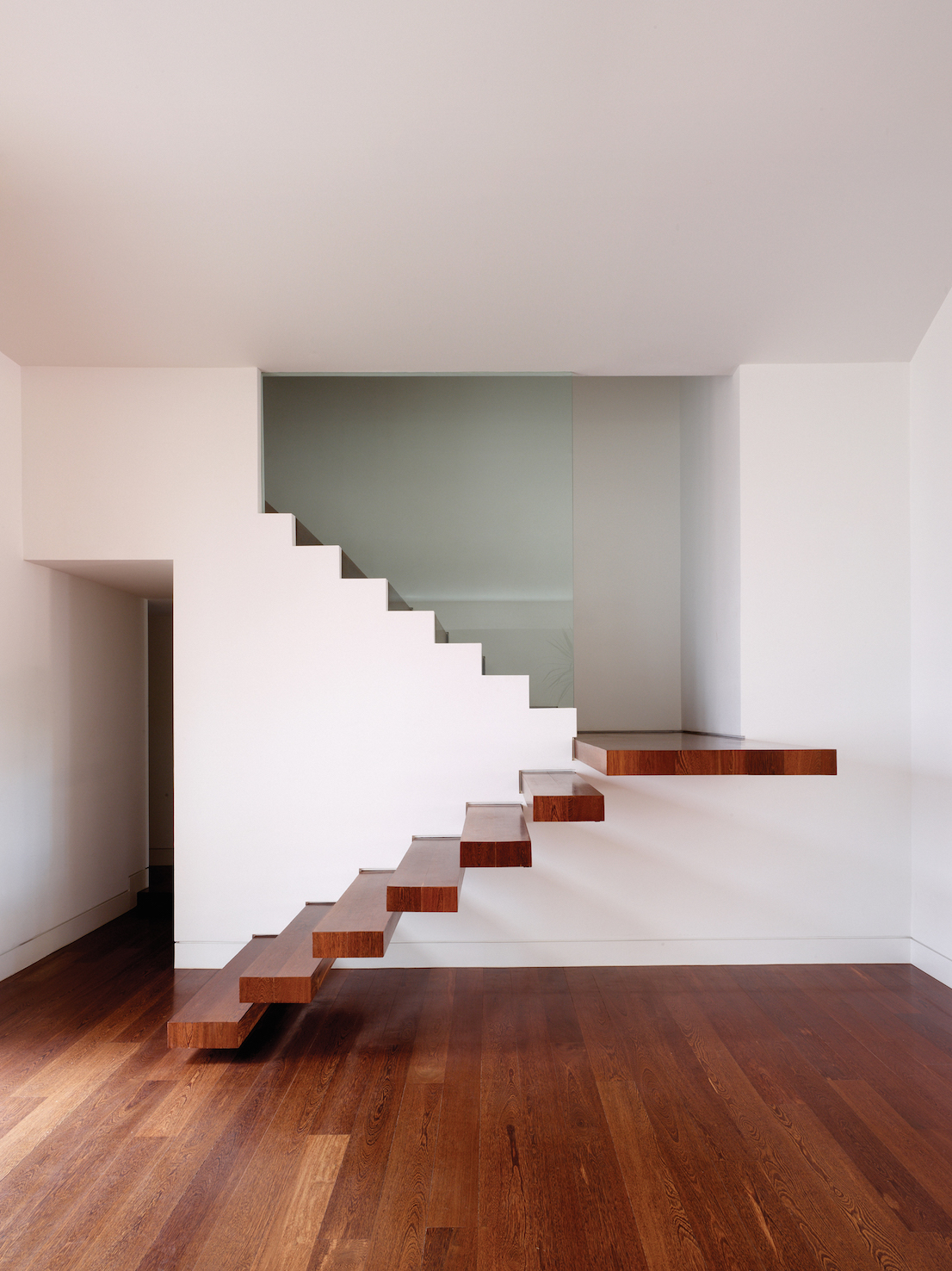 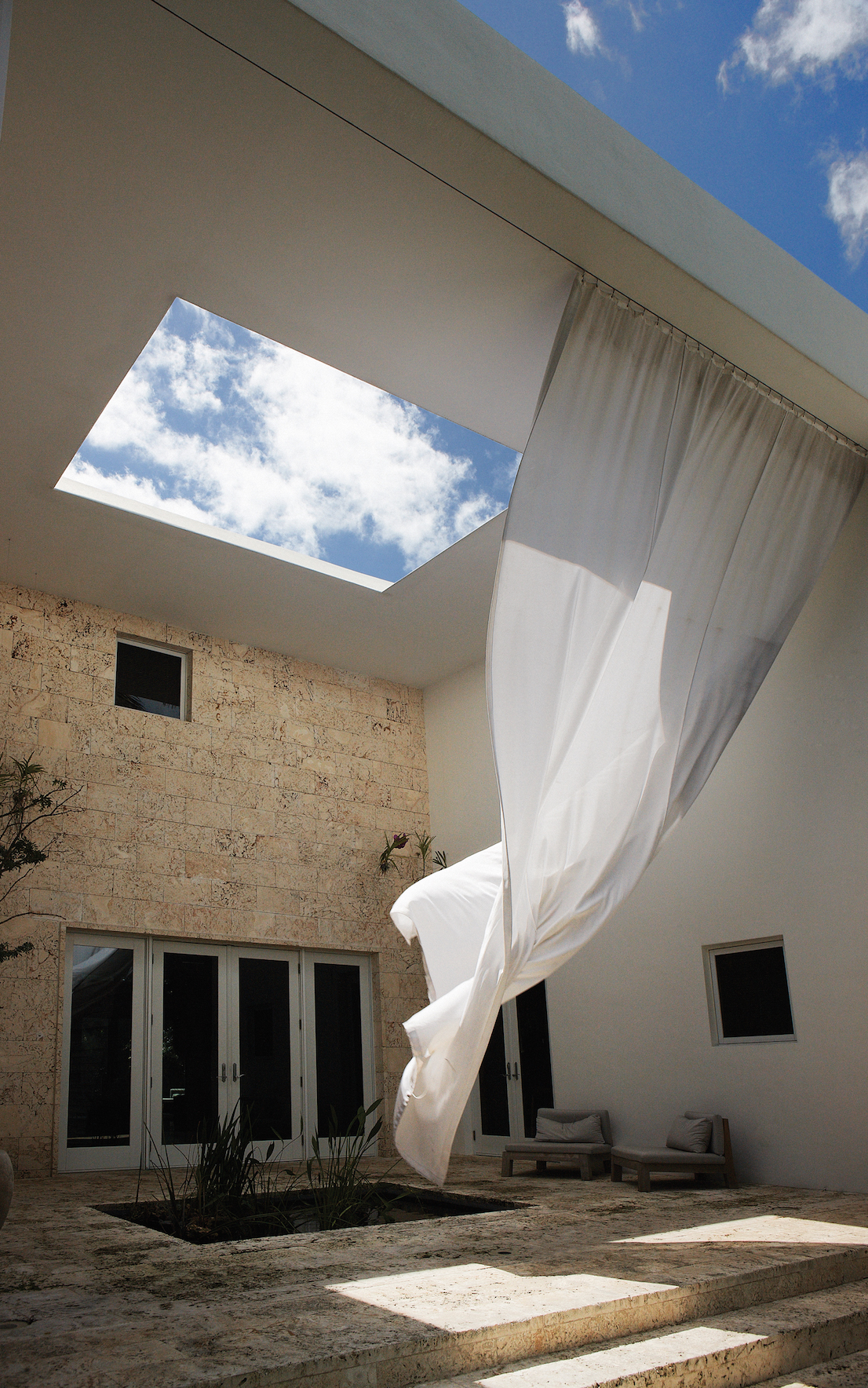 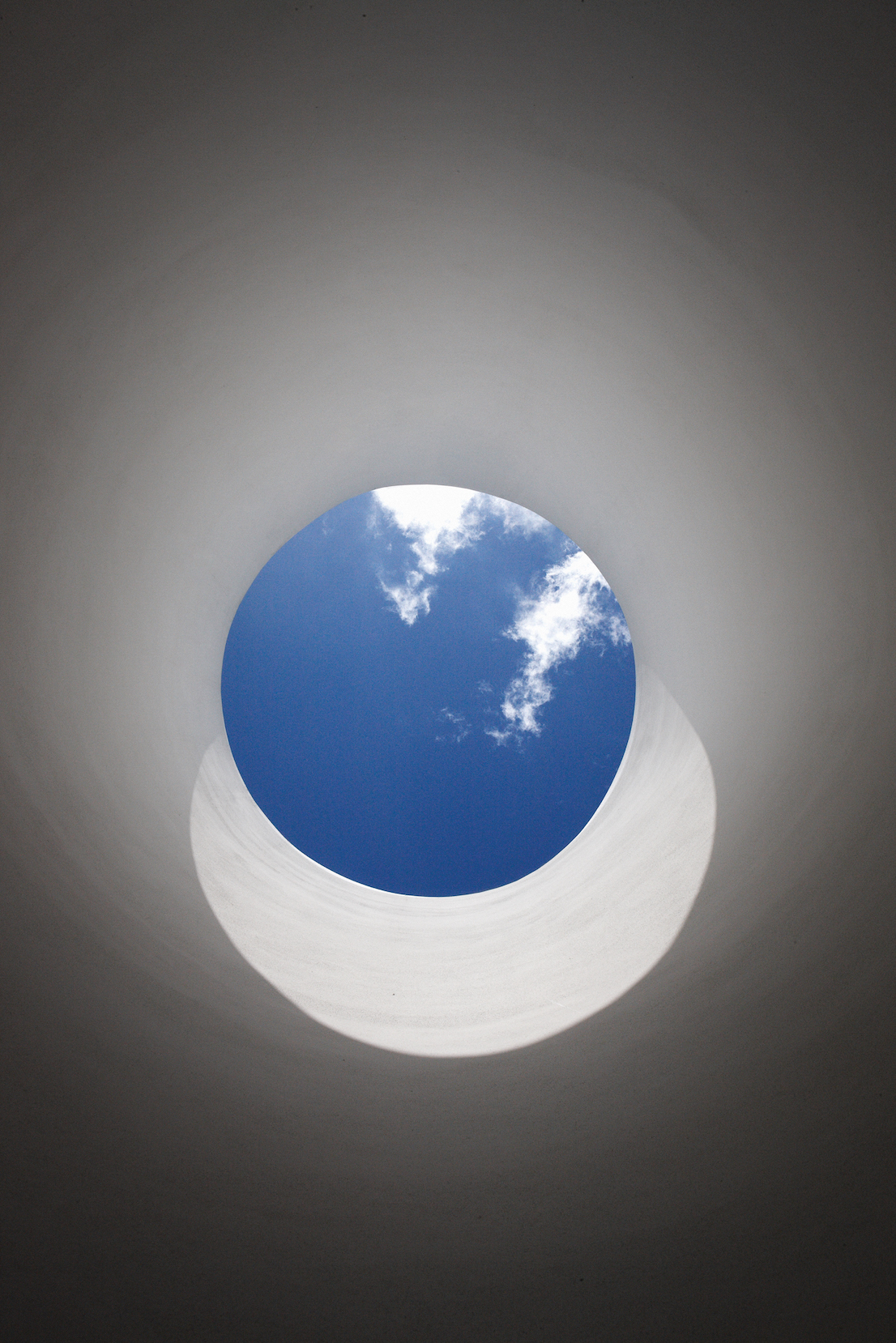