Some sixty years after its conception, the project has taken on concrete form. The municipality of Gressoney-Saint-Jean, in collaboration with Turin Polytechnic, has contributed to the construction of Casa Capriata, a work based on an original idea of Carlo Mollino’s that was presented in the summer of 1954 on the occasion of the 10th Milan Triennale. Mollino is known for the formal freedom with which he explored a multiplicity of fields of expression: not just architecture, design, photography and writing, but also experimentation in the areas of motoring, flying and skiing. Casa Capriata, now the Rifugio Carlo Mollino, celebrates the value and relevance to the present day of a design manifesto on innovation in materials and construction techniques. The initiative was launched in 2006 as a cultural program to celebrate the centenary of Mollino’s birth, and in 2008 was turned into a working plan that has involved a team of researchers made up of Liliana Bazzanella, Guido Callegari, Alessandro Mazzotta, Mario Sassone and Elena Tamagno. The building, an alpine structure reconsidered on the basis of the criteria indicated by Mollino, stands on the slopes of the Weissmatten, at an altitude of 2050 meters, and is part of efforts to promote the Monterosa ski resort. It is a construction raised completely above the ground, a reinterpretation of the Walser houses that characterize the Upper Valley of Gressoney. The refuge, equipped with modern solar panels on the pitched roof, is efficient from the viewpoint of energy and meets the standards laid down by the ClimateHouse class A Gold protocol, which calls for the introduction of innovative building components and systems. The inside walls are all clad in wood, the floor is covered with Artigo Rubber Flooring, designed by Studio Sottsass Associati, and the furniture comes from the collection created by Mollino for Zanotta. Casa Capriata can be reached on foot, on ski or by chair lift. For information: +39.339.2678277 (Massimo Bianco). 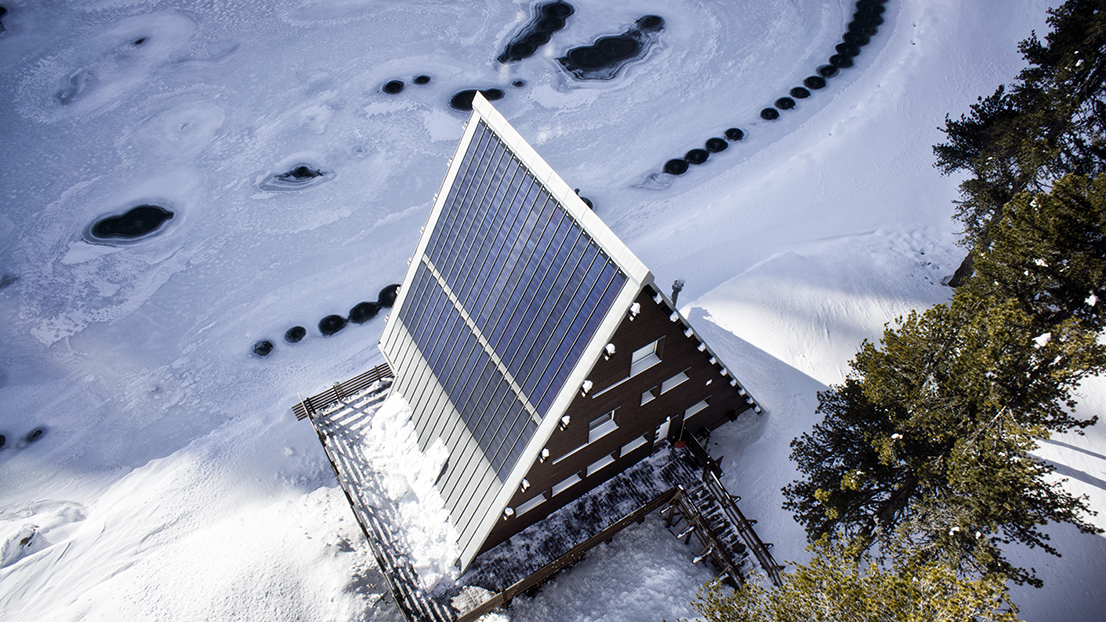 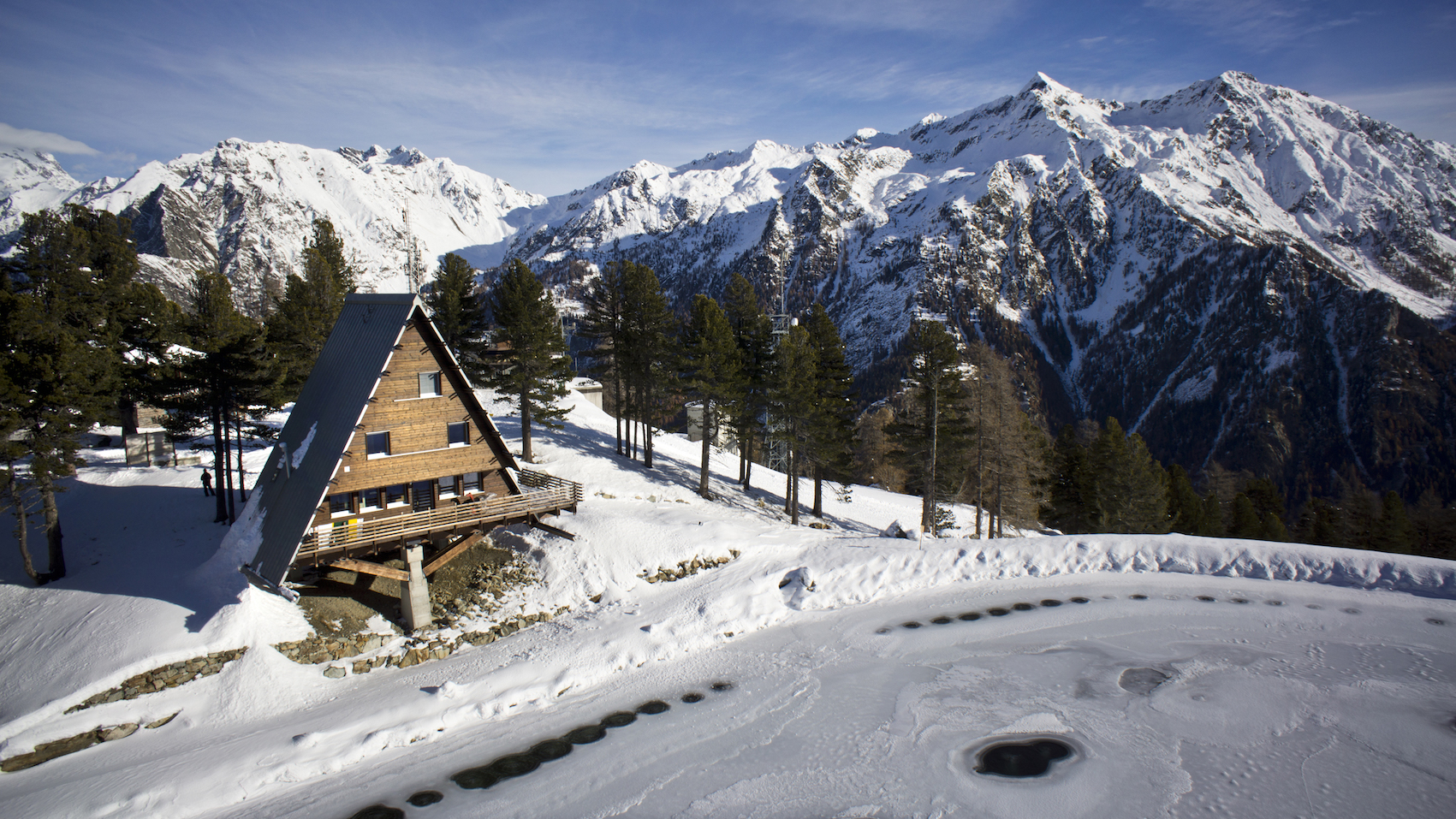 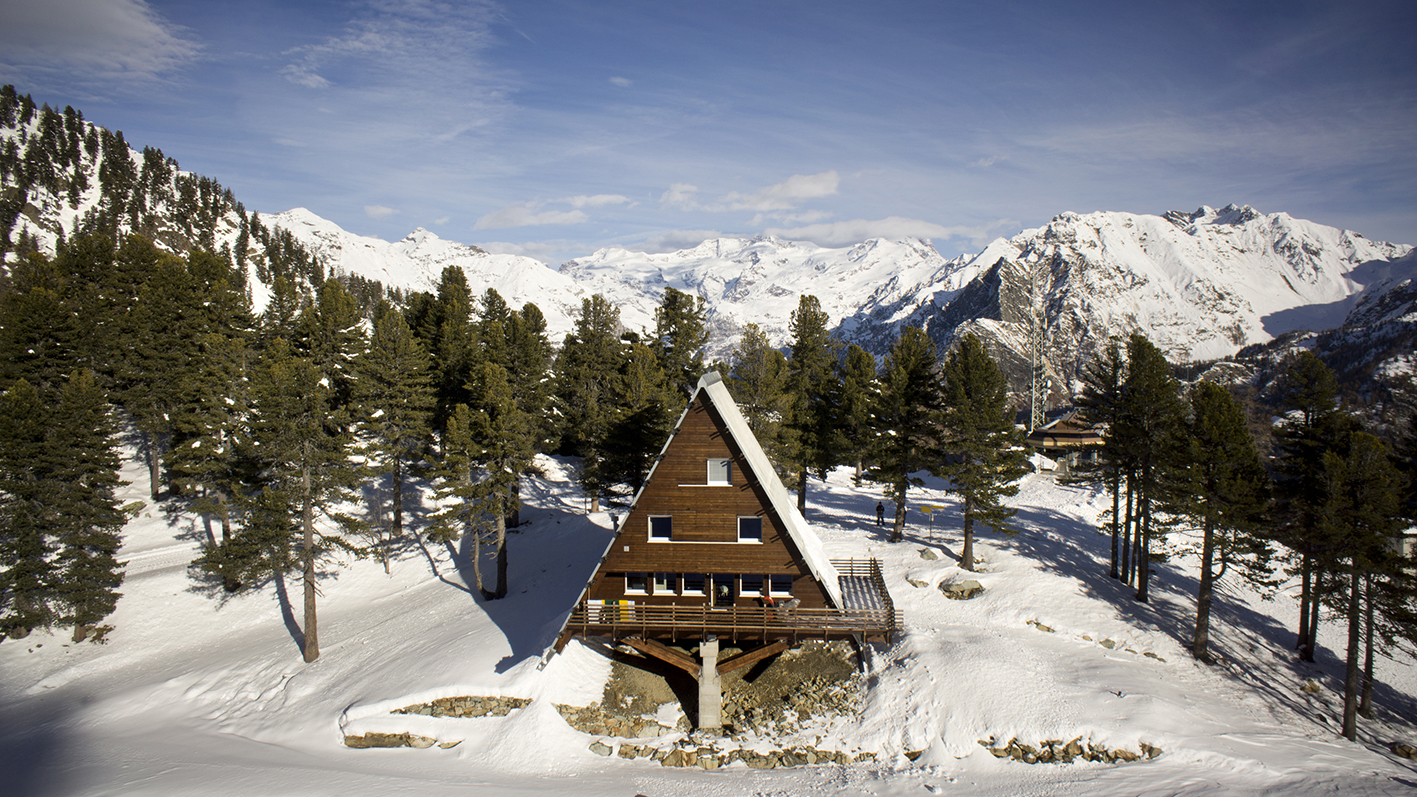 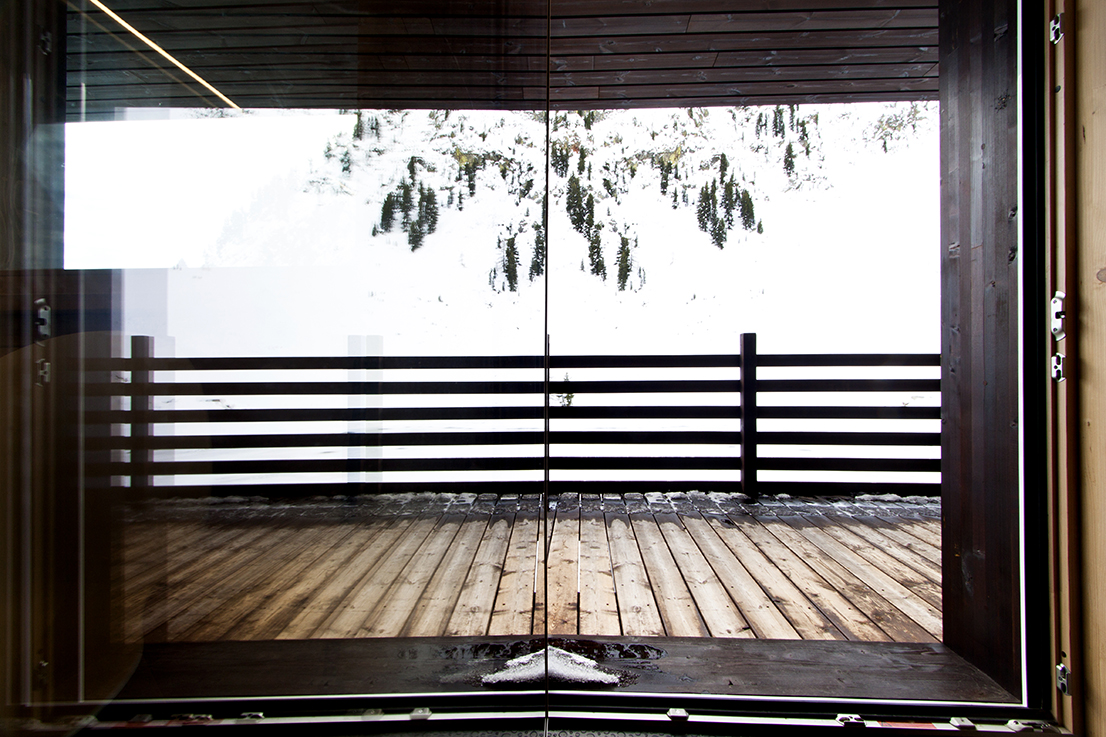 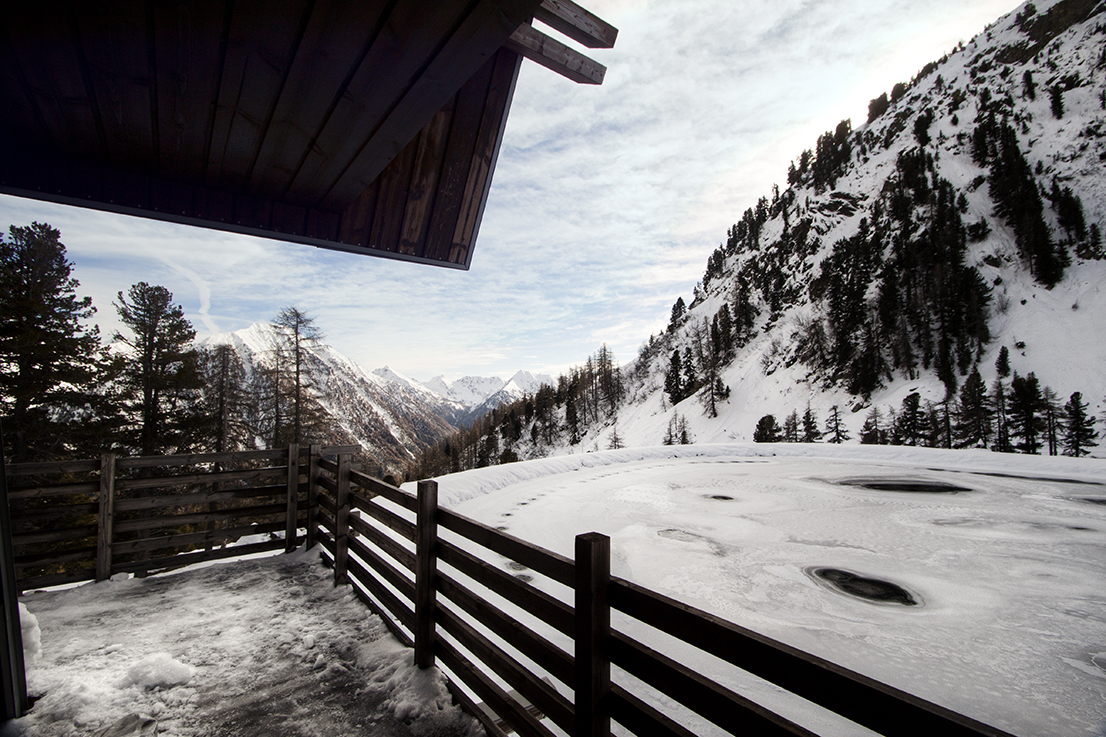 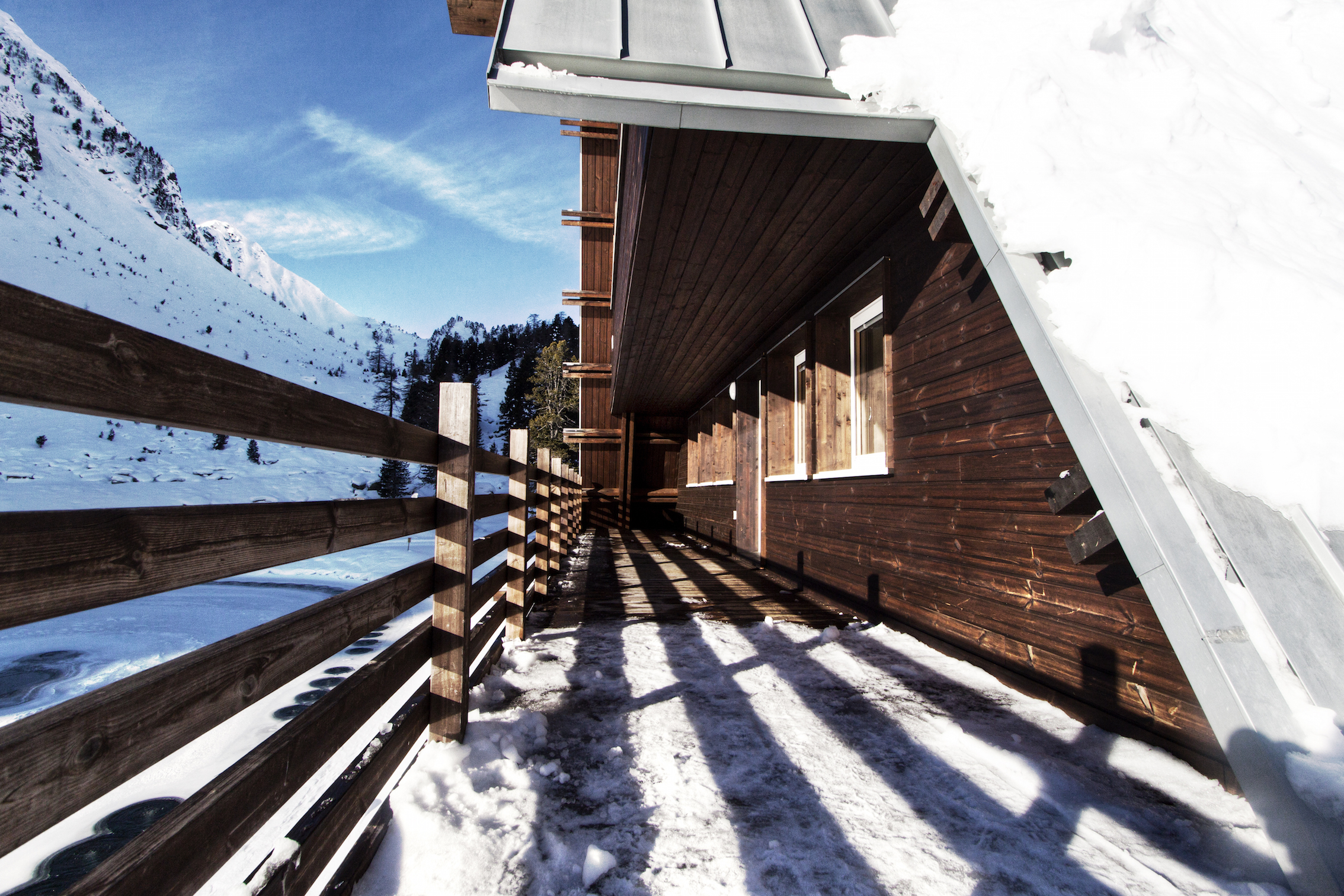 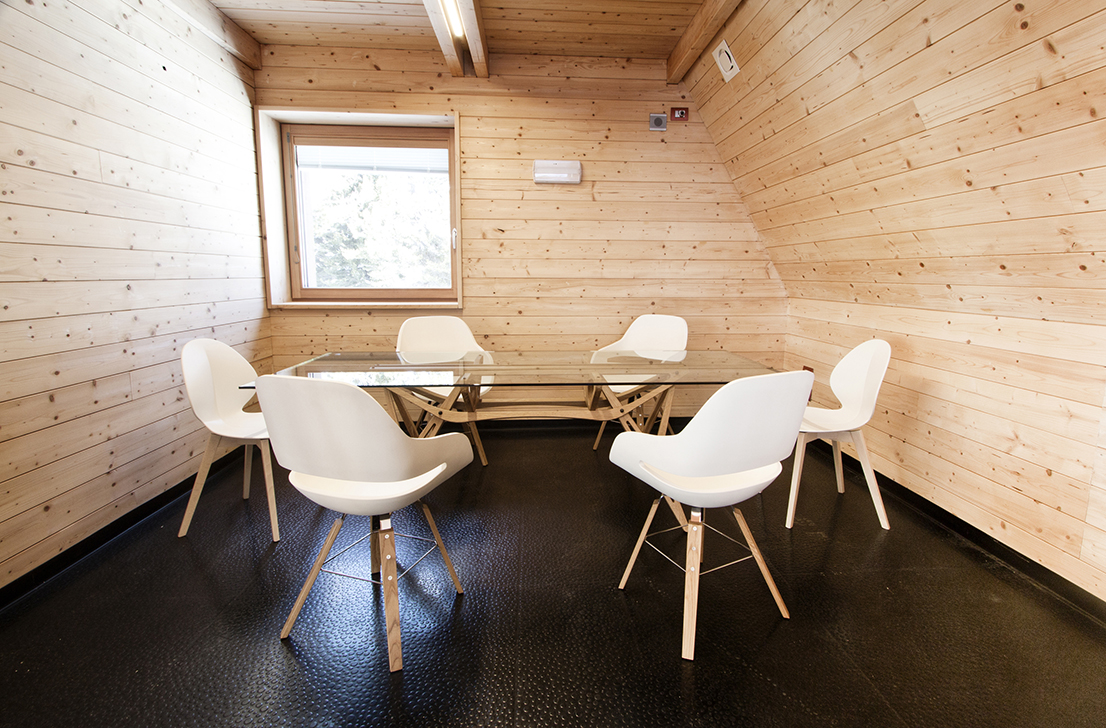 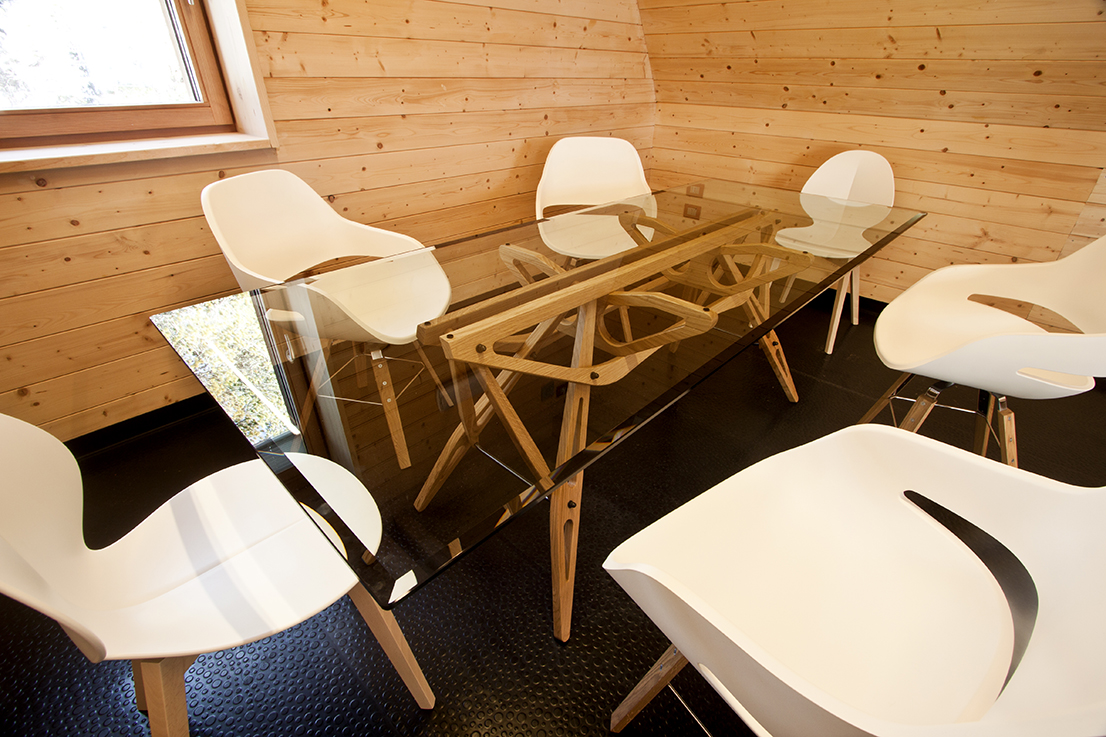 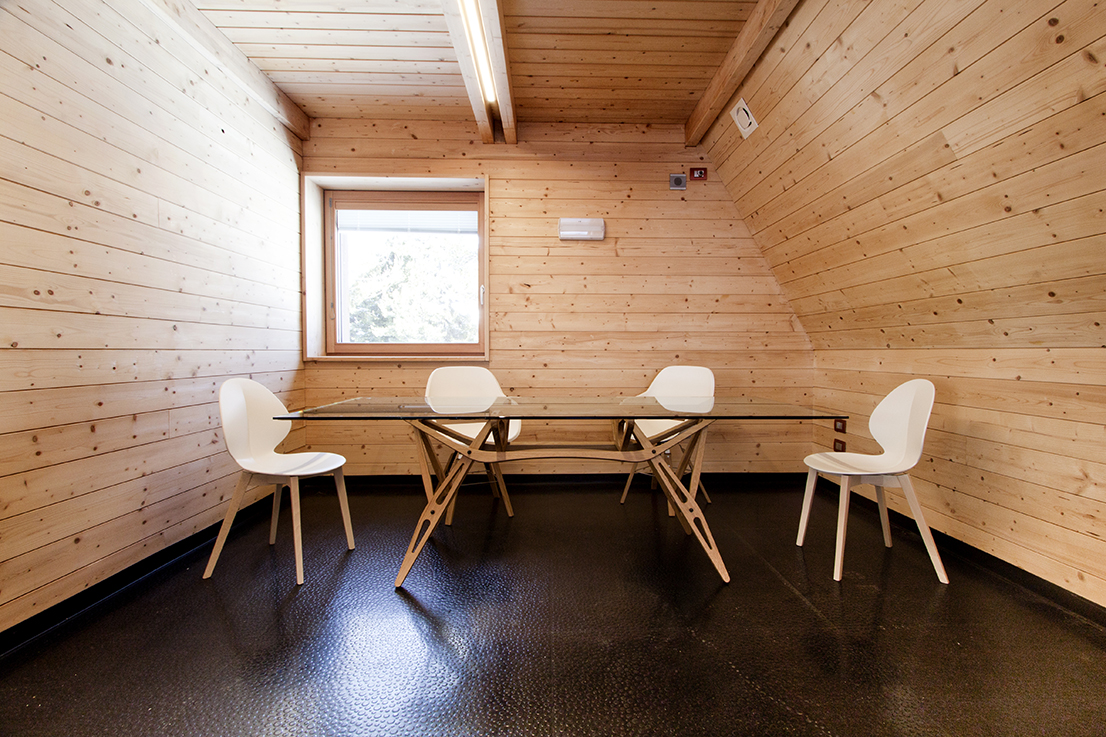 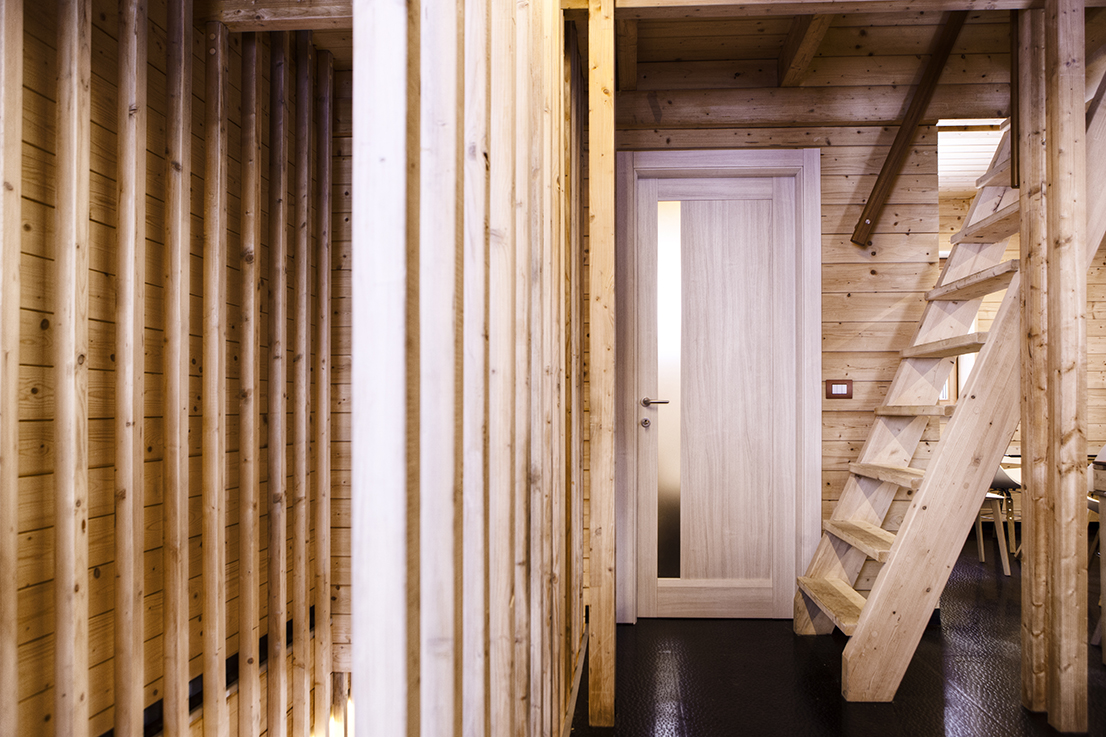 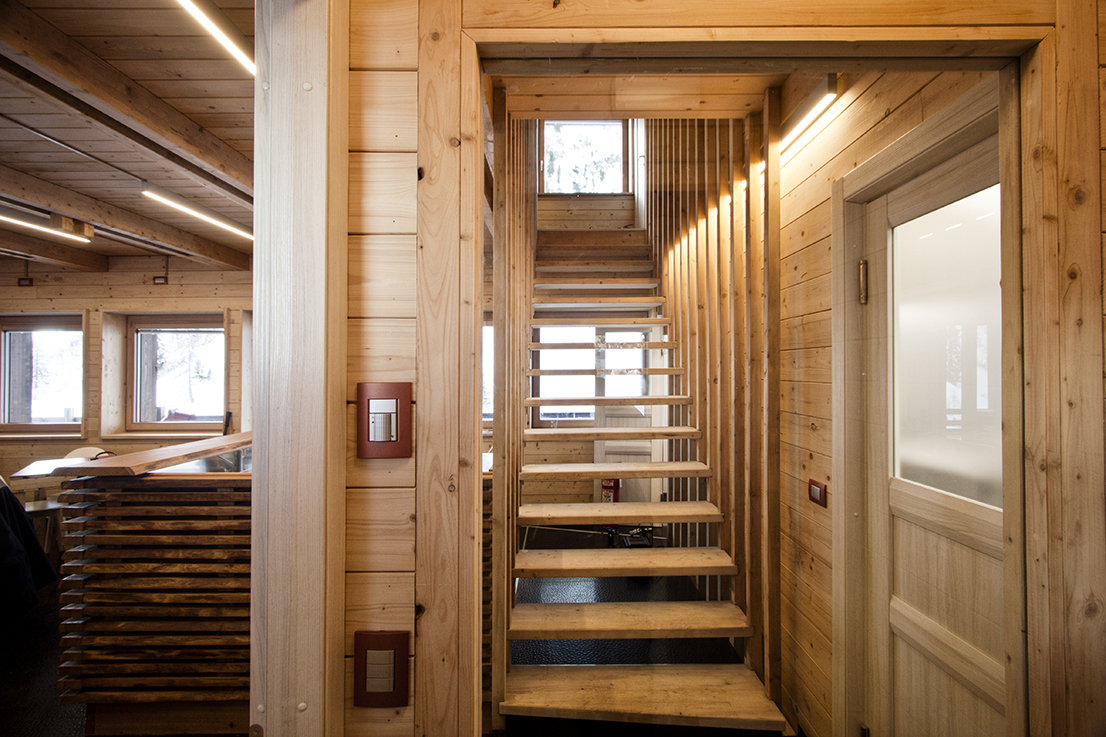