The extreme climatic conditions did not discourage the team of architects, engineers and designers who built the Skuta alpine shelter, set on top of the mountain of the same name in Slovenia, the third highest peak in the Kamnik Alps. The project was born in the fall of 2014 in the context of a workshop held by Rok Oman and Špela Videčnik of OFIS Architects at the Harvard Graduate School of Design. A group of students had been asked to come up with ideas for the design of a refuge inspired by vernacular Slovene architecture that would be able to adapt to the topography of the site and withstand violent weather. The chosen design, produced by Frederick Kim, Katie MacDonald and Erin Pellegrino, was later developed by OFIS and the structural engineers of AKT II and adapted to the site with the invaluable assistance of the climbers Anze Cokl and Milan Sorc. Firmly anchored to the ground, the Skuta shelter is composed of three modules, a subdivision made to facilitate its transport and positioning, as well as to optimize the spaces inside. The first comprises the entrance, a storage area and a kitchenette; the second provides space for sleeping and socializing; and the third houses a system of bunkbeds. The outer shell of the structure is constructed from fibreC, a material made by the Austrian company Rieder that combines the sturdiness of concrete with the lightness of glass fiber, and is therefore able to meet aesthetic requirements as well as provide the strength needed in such extreme conditions. Thanks to its rigorous and balanced design, Skuta is able to house up to eight climbers at a time. A particularly fine element of the structure is the presence of large expanses of glass at the sides that offer an exceptional panoramic view over the valley. 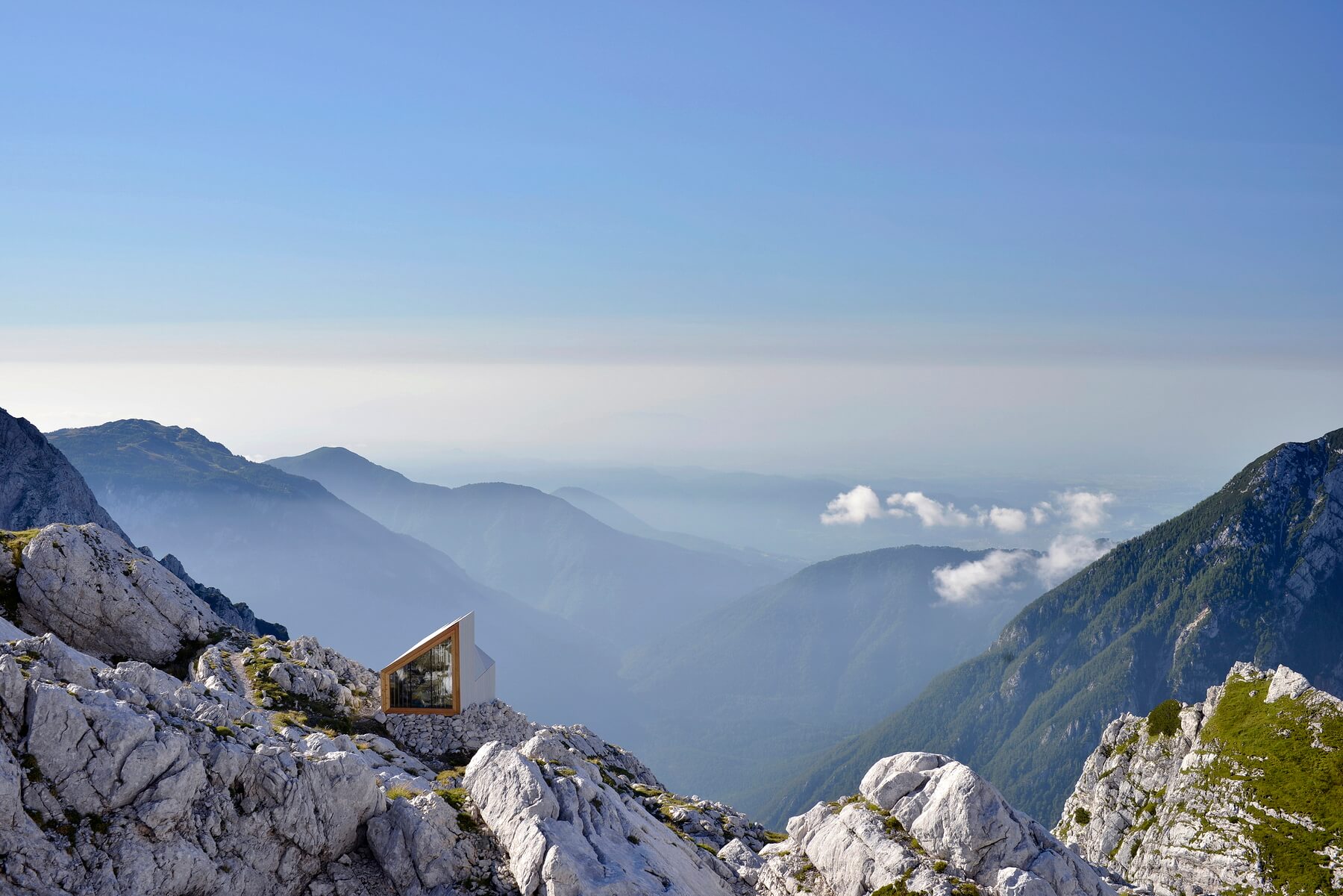 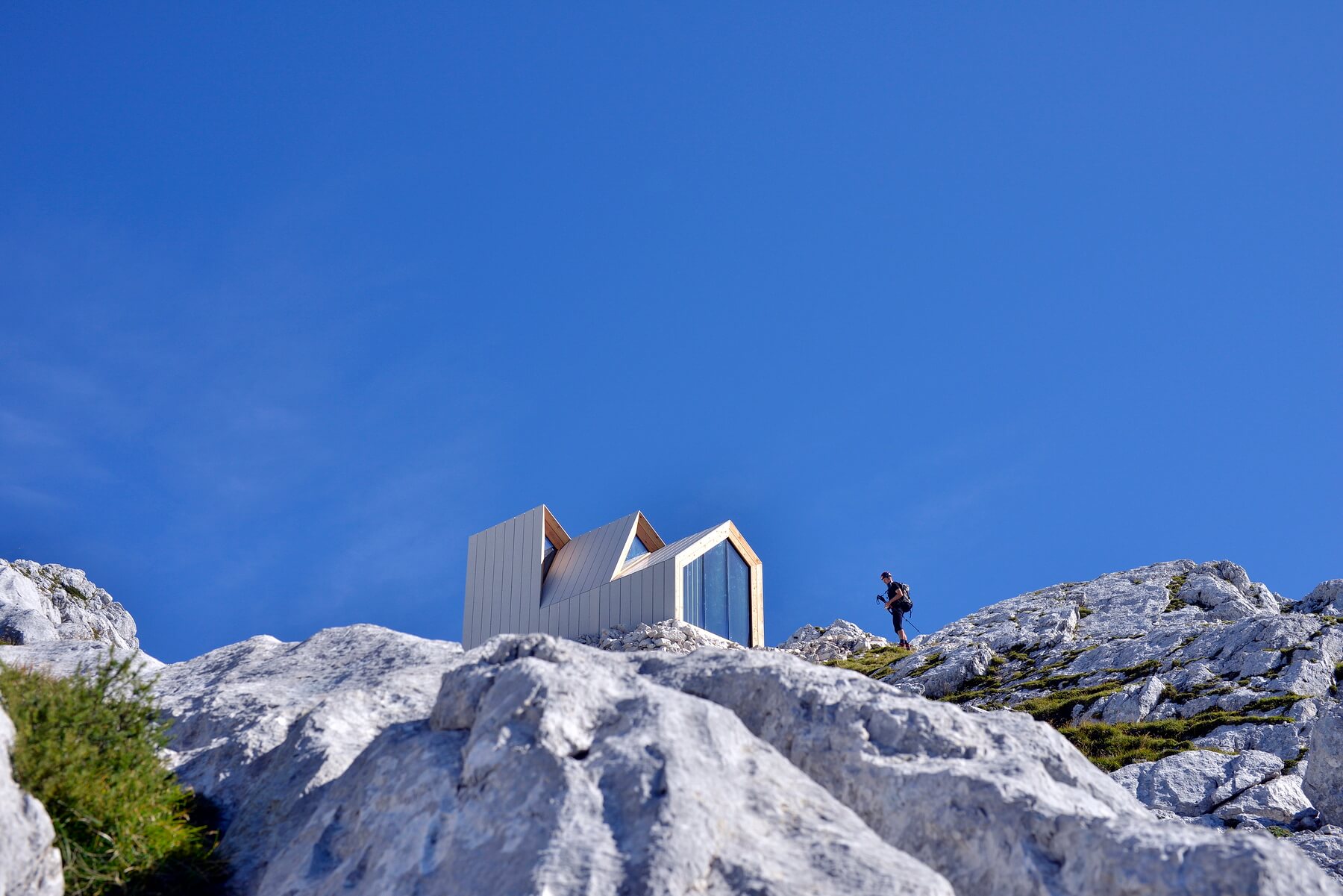 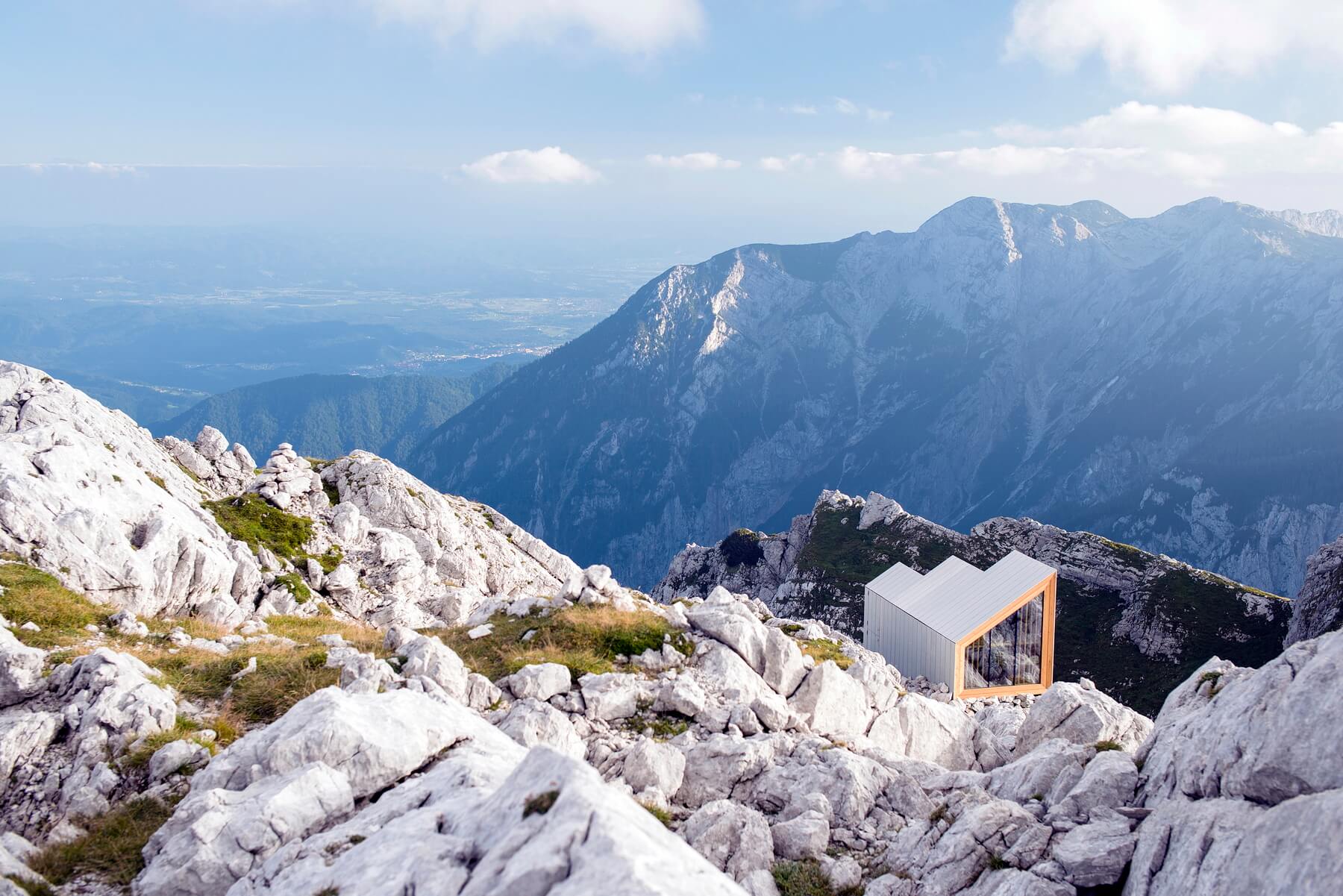 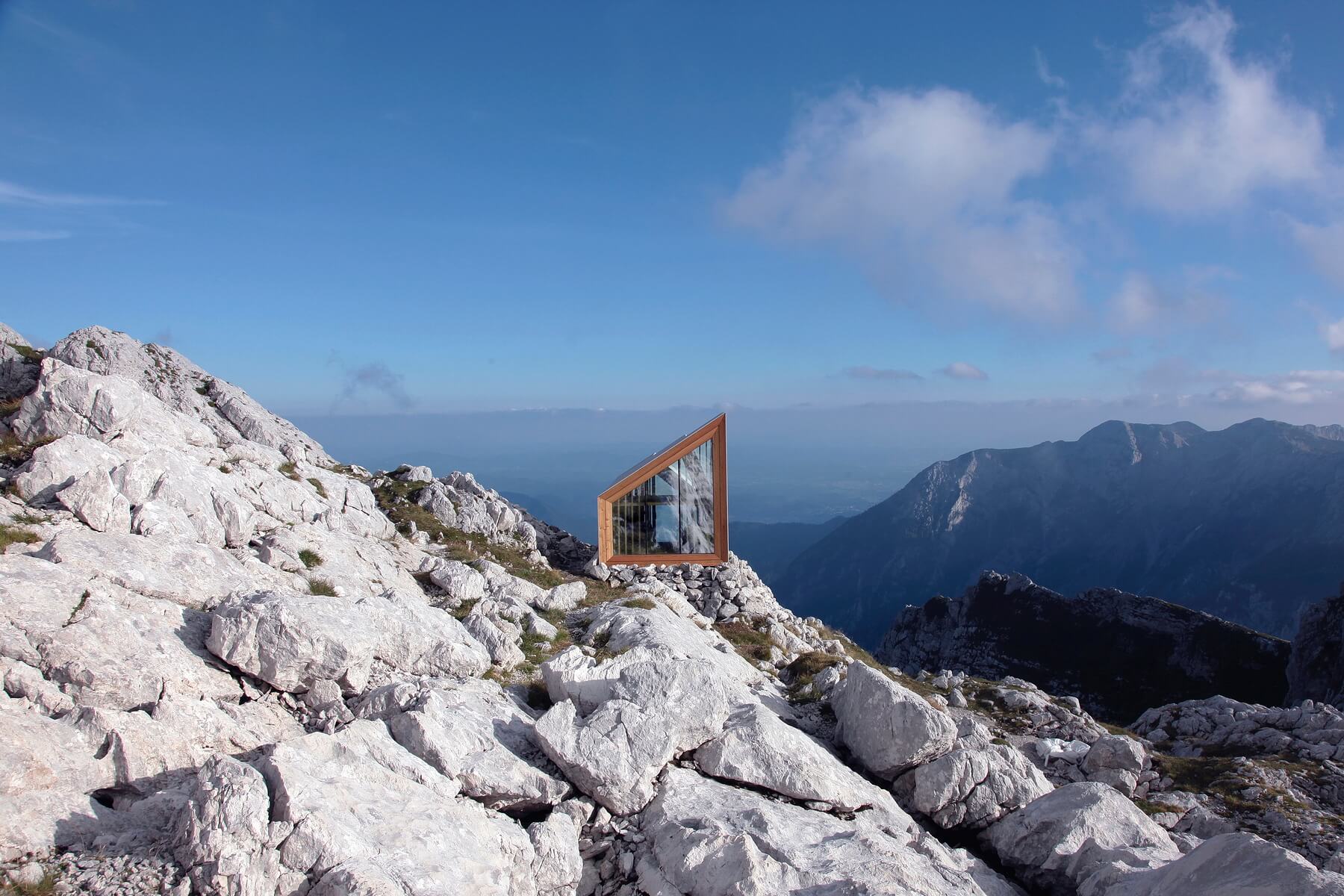 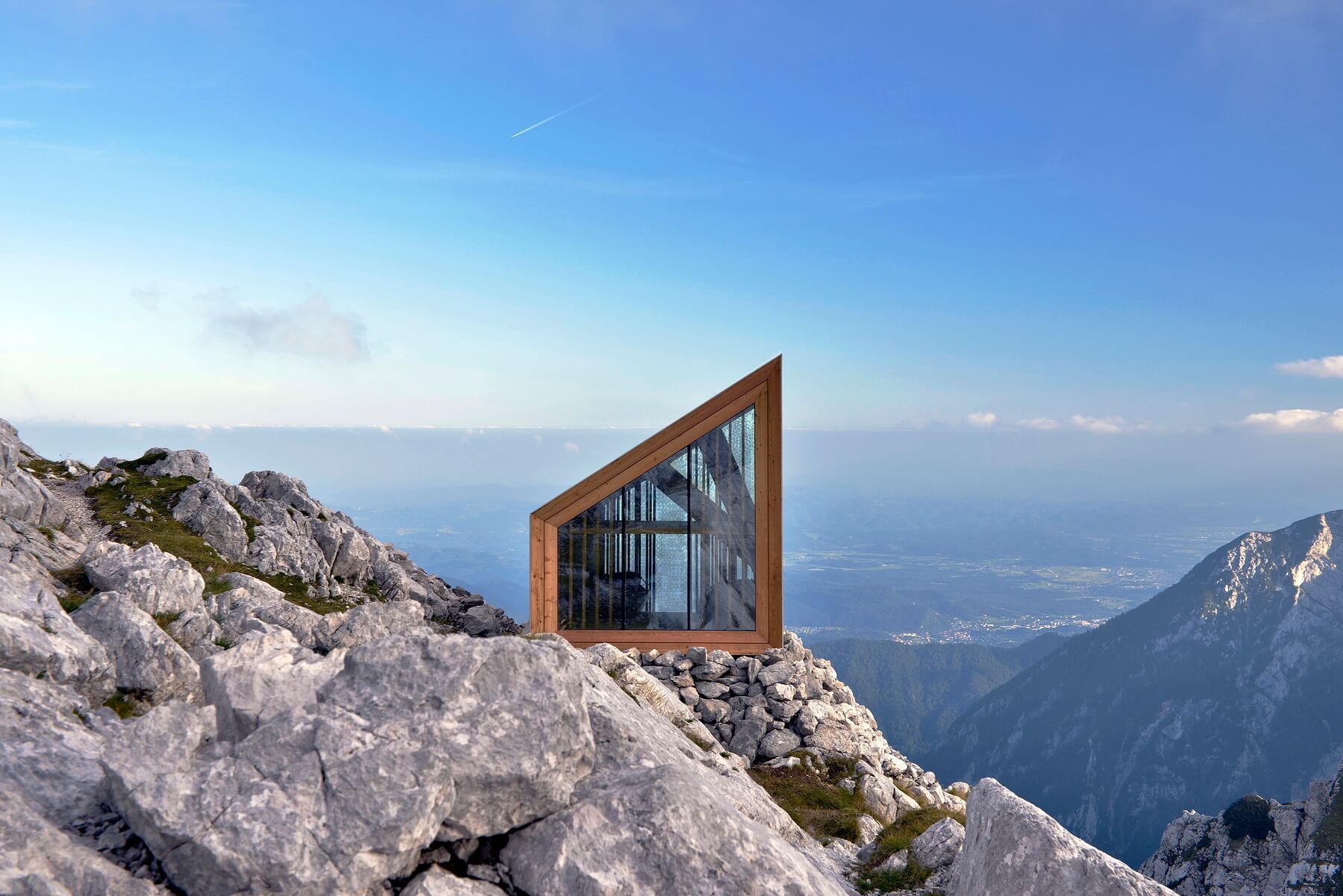 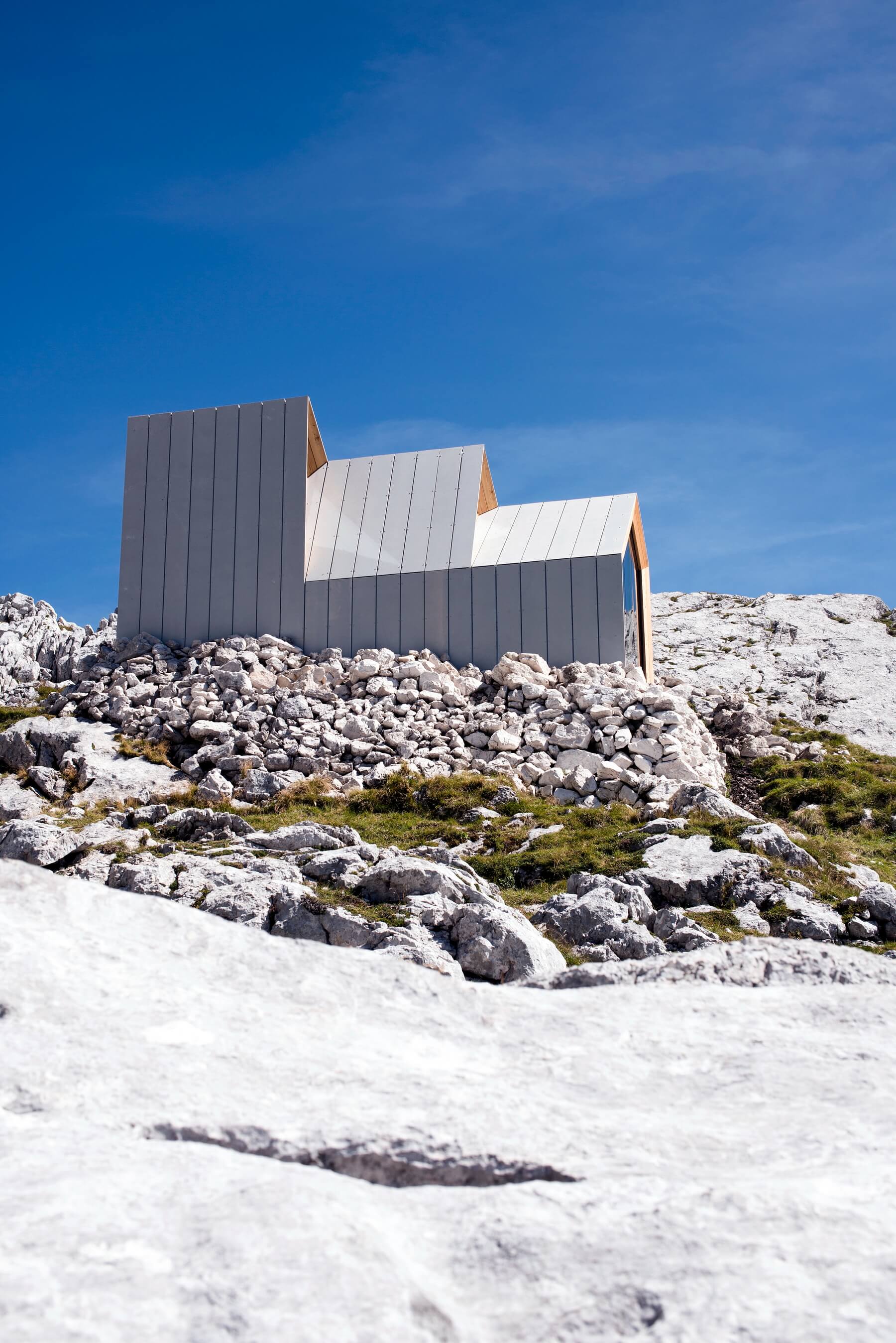 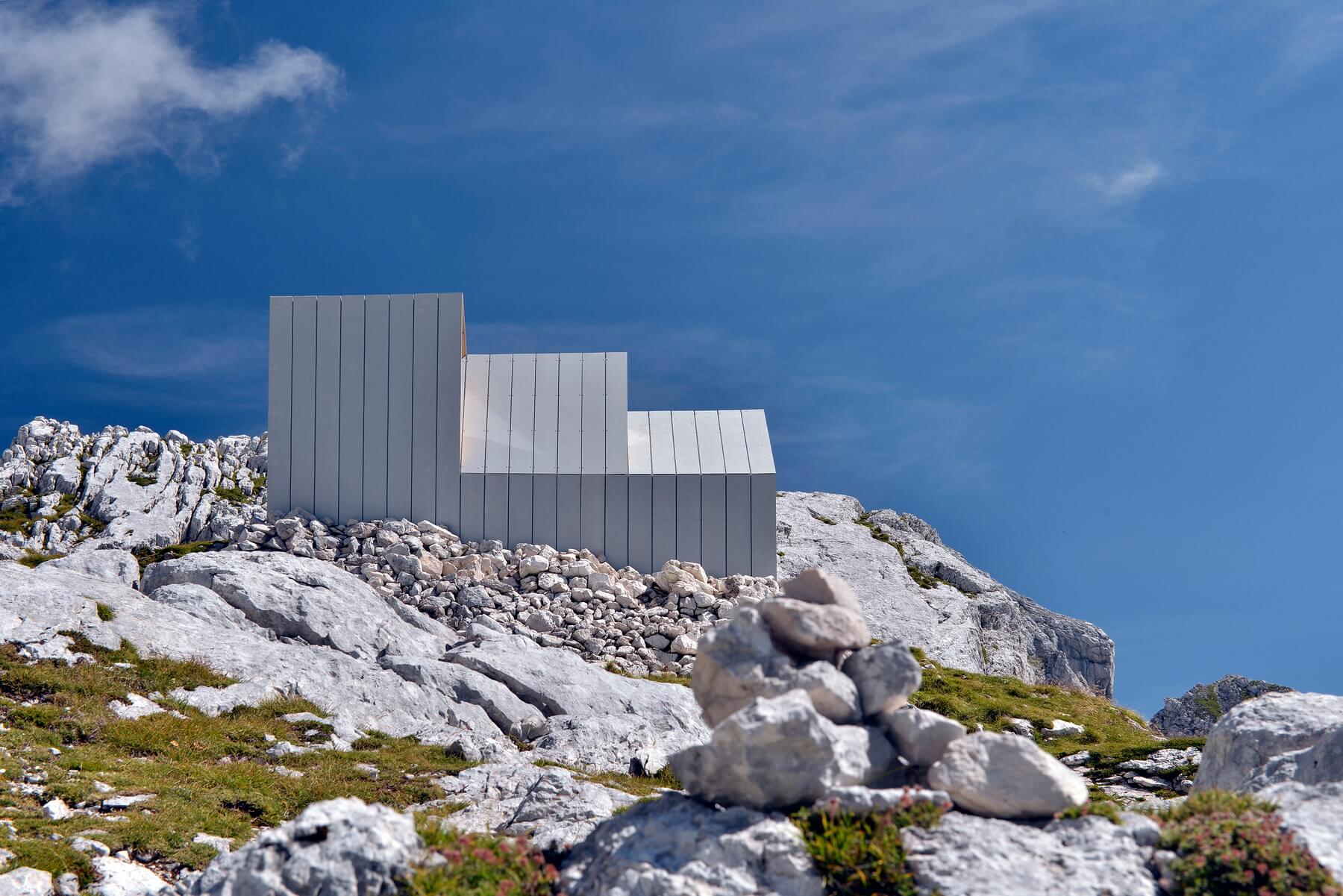 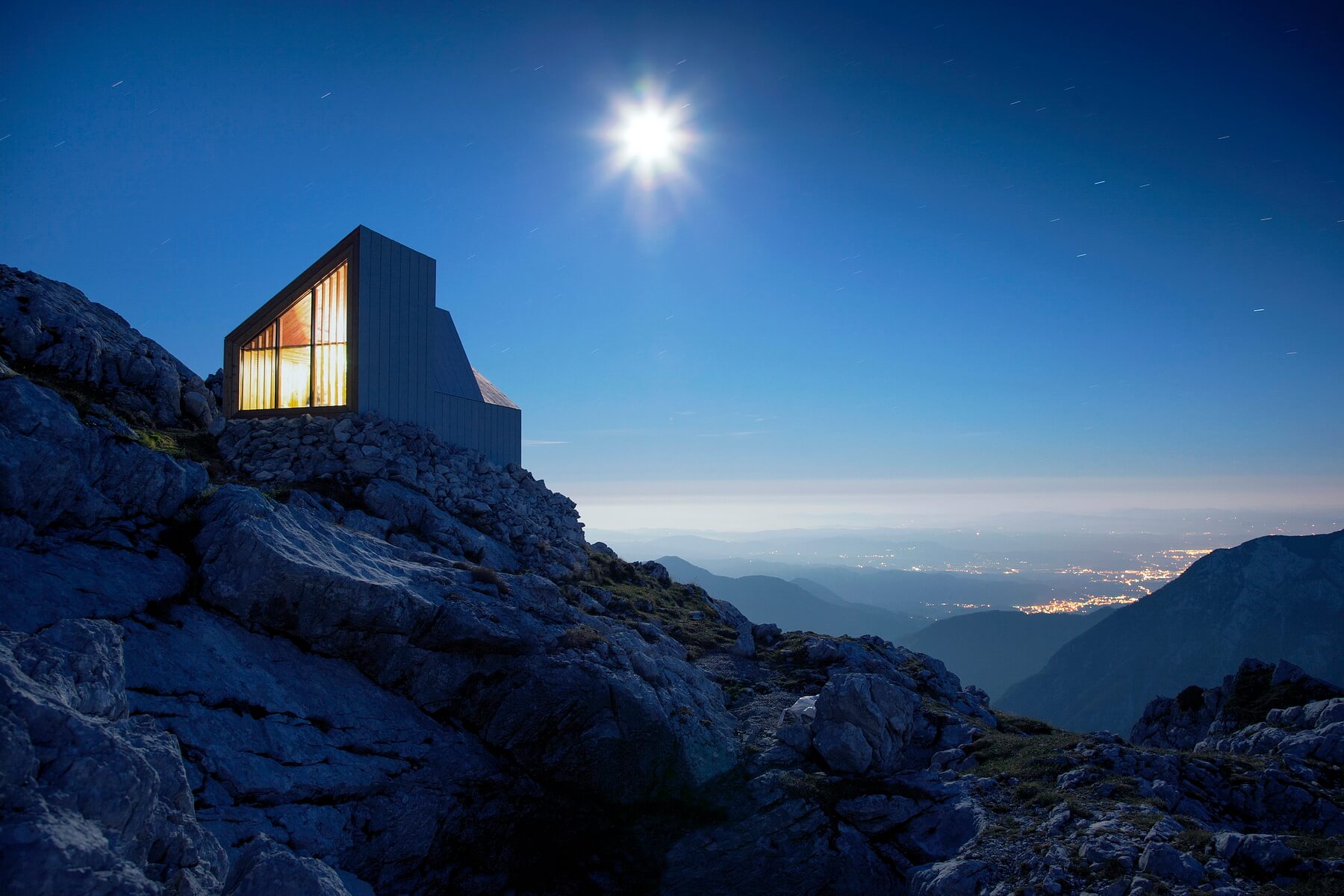 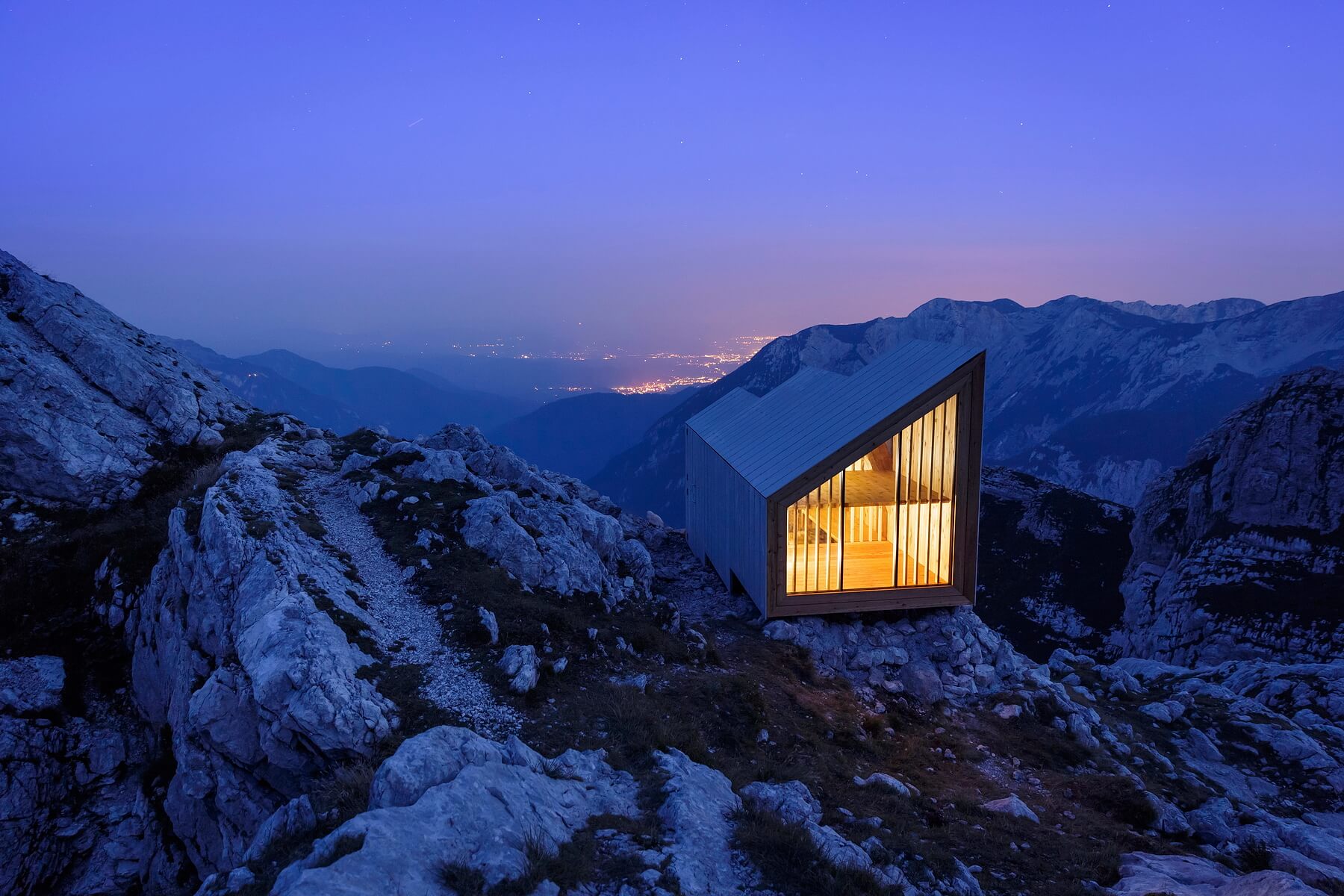 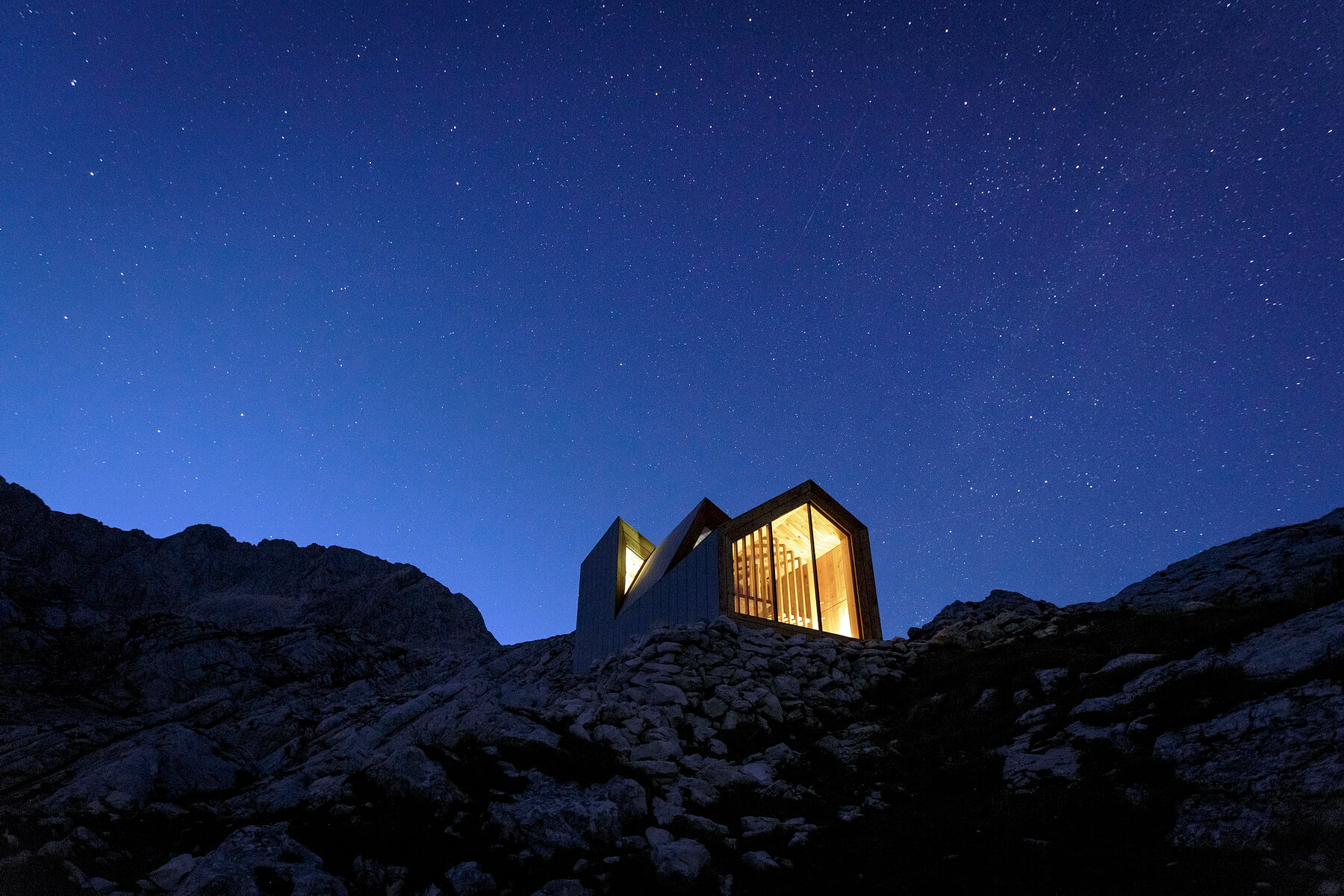 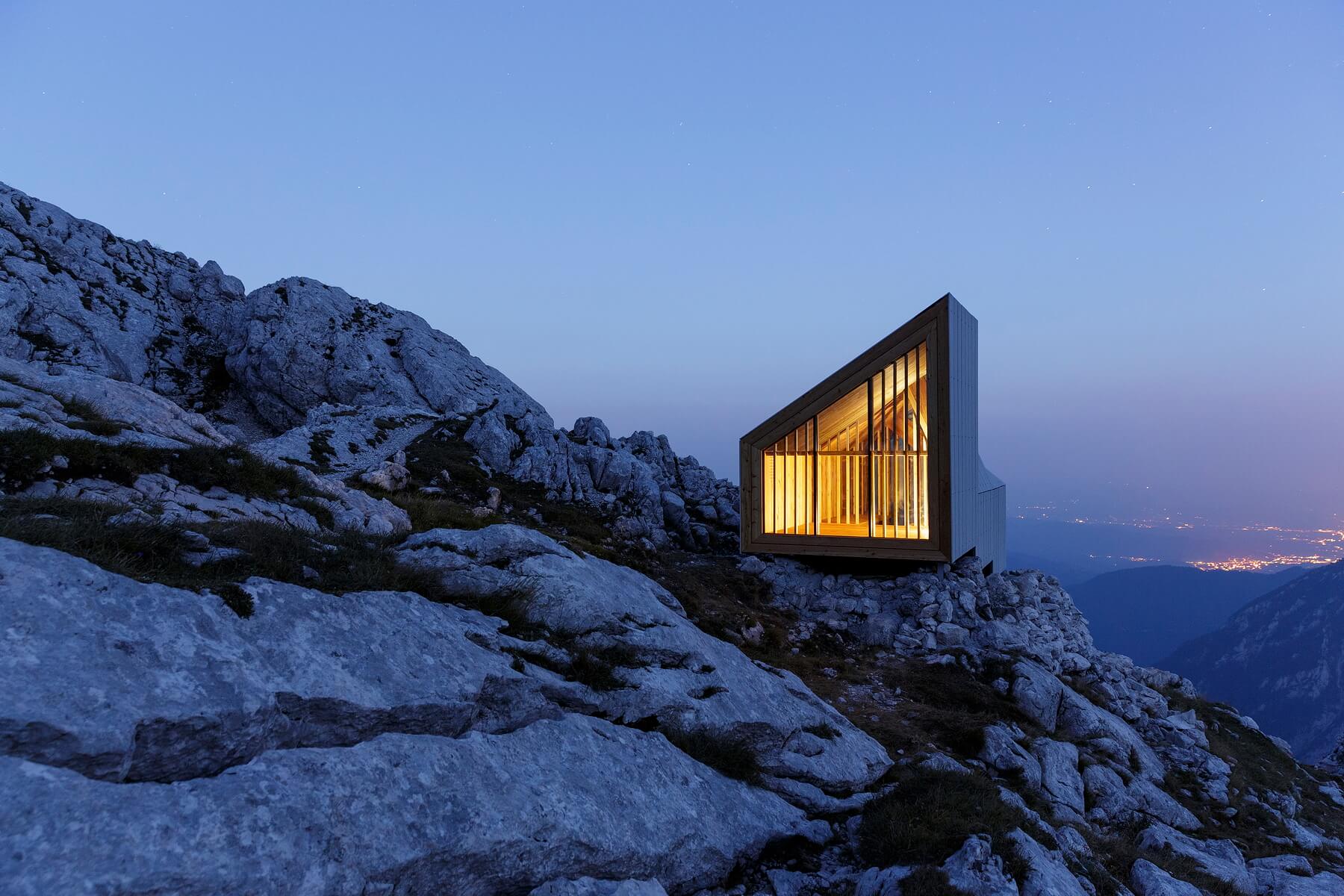 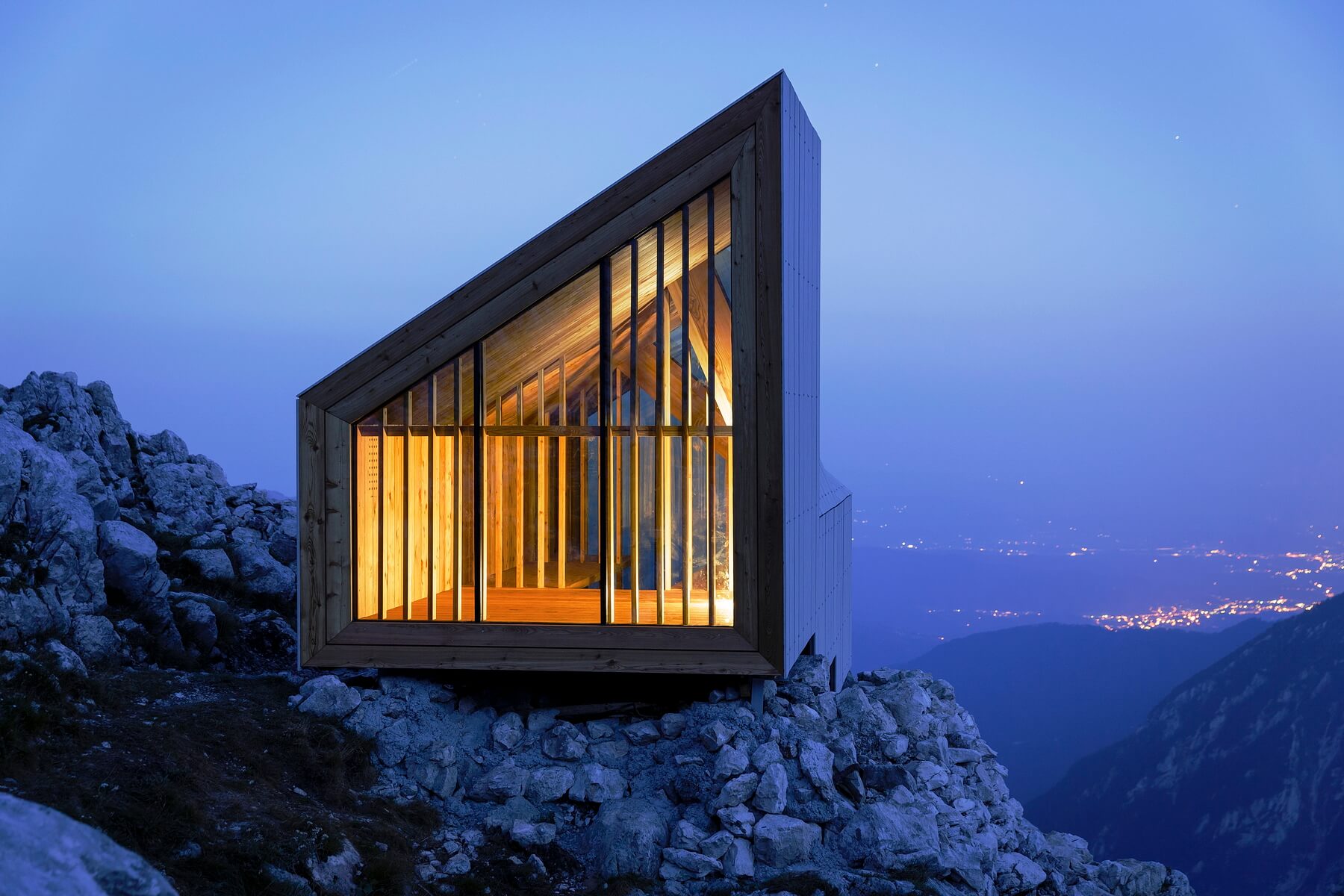 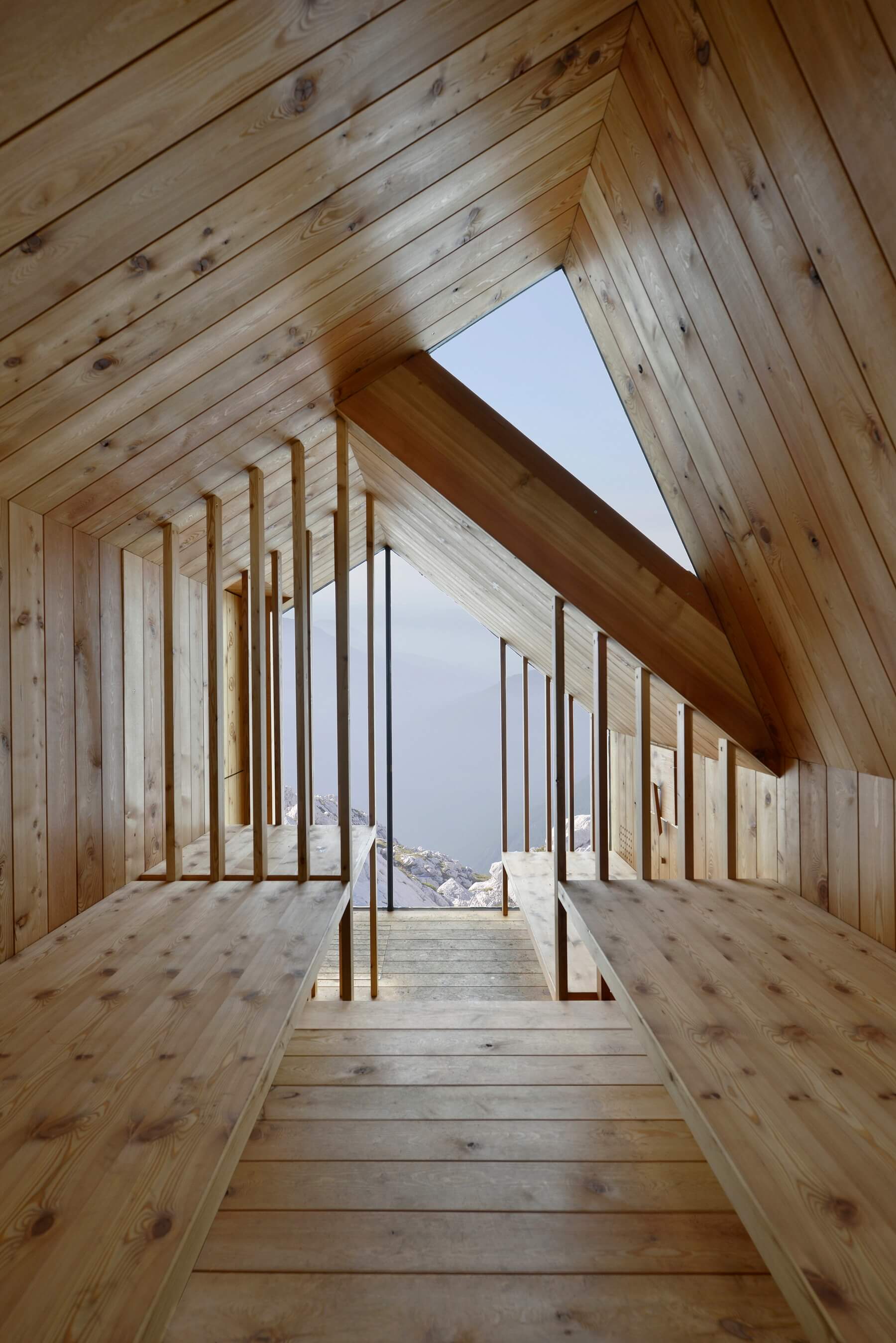 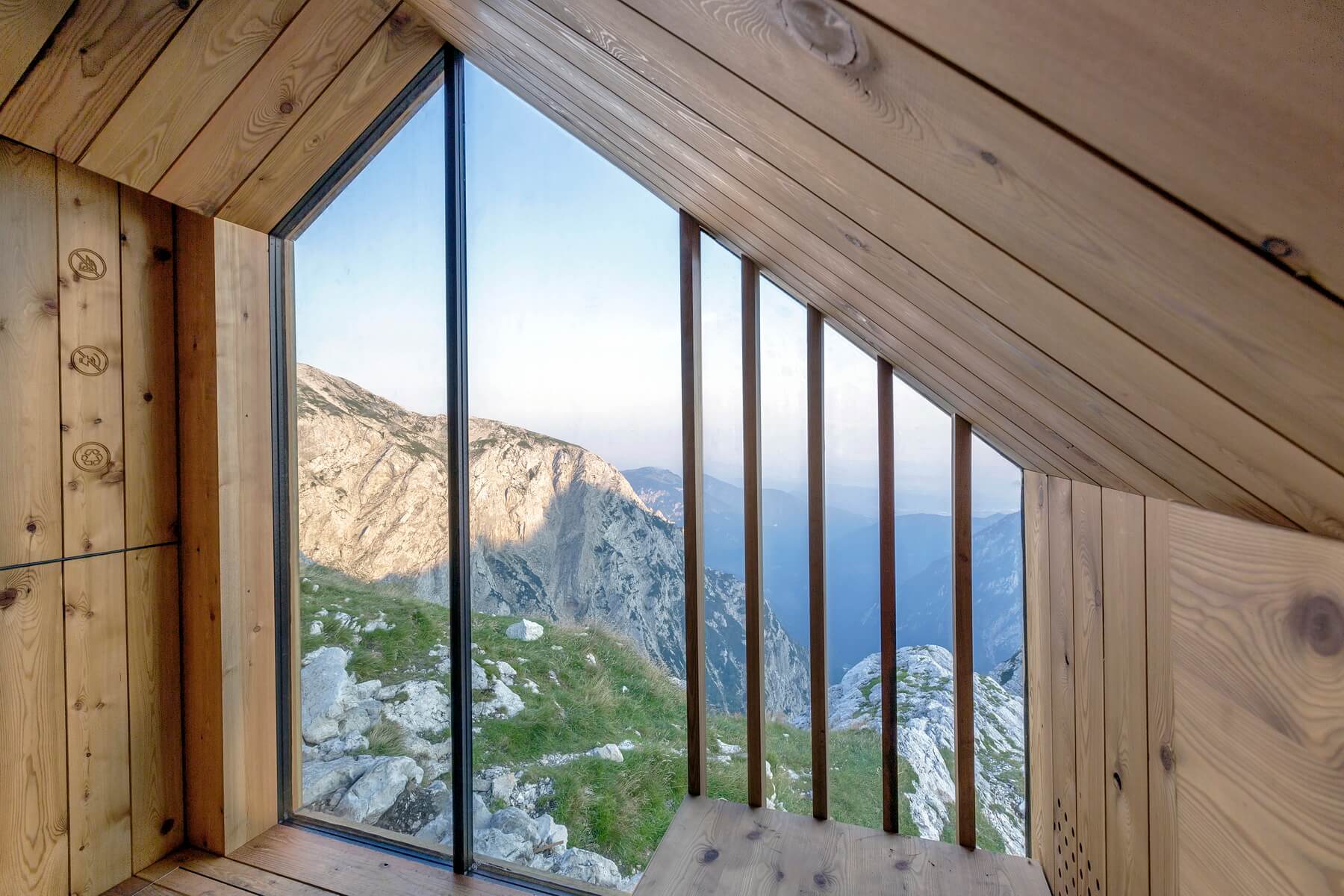 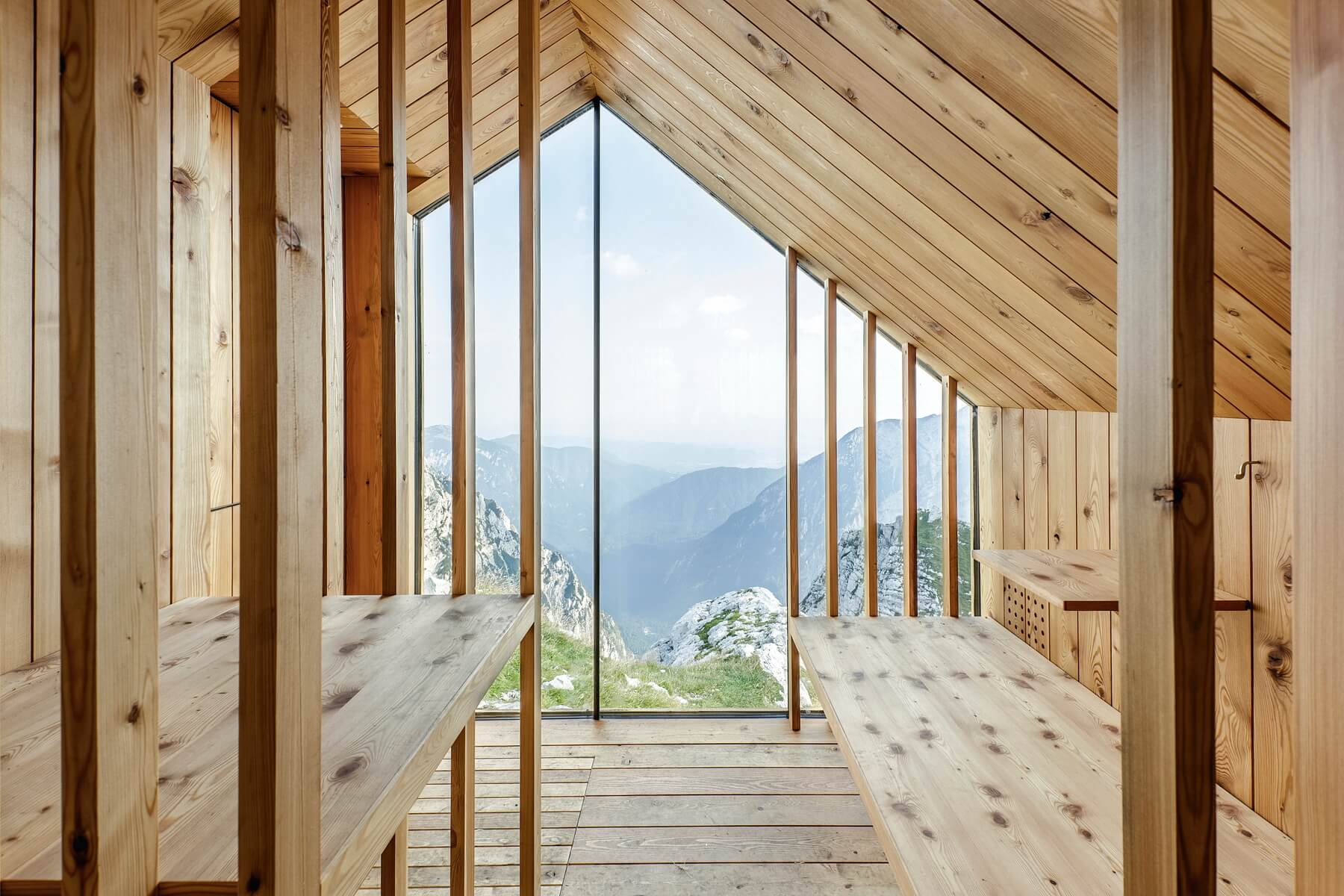