The idea is a very simple and sensible one, exploiting places vertically in order to obtain new living spaces. An idea that had already been tried out by the Milanese studio of architecture Park Associati when it designed The Cube, an itinerant restaurant created for Electrolux that has landed on top of some important buildings in Europe: the triumphal arch in the Brussels Parc du Cinquantenaire, the Galleria Vittorio Emanuele on Milan’s Piazza Duomo, the Royal Swedish Opera in Stockholm and the Royal Festival Hall in London. Other elevated spaces have been conquered, this time permanently, by the Germans of Studio Aisslinger with their LoftCube, which has settled on the roof of the Hotel Daniel in the city of Graz, in Austria. Installed with a crane, the prefabricated loft is located at a height of 24 meters above ground, offering a 360-degree view of the city and in particular the Clock Tower and the hill of the Schlossberg. LoftCube is a 44-square-meter capsule with floor to ceiling windows and wooden blinds. It is fitted with every convenience, including a custom-designed bed, home theater, the Castiglioni brothers’ Arco lamp, two of Charles Eames’s lounge chairs, a bathroom with a built-in conservatory and of course an area outdoors from which to enjoy the panorama. 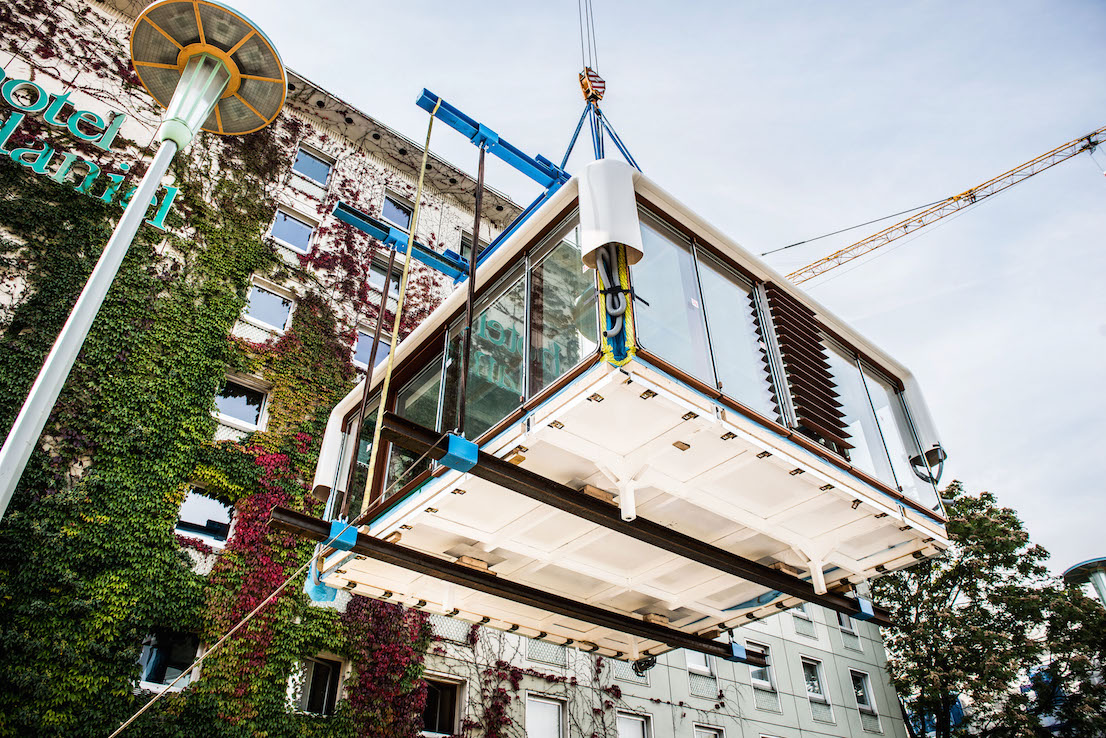 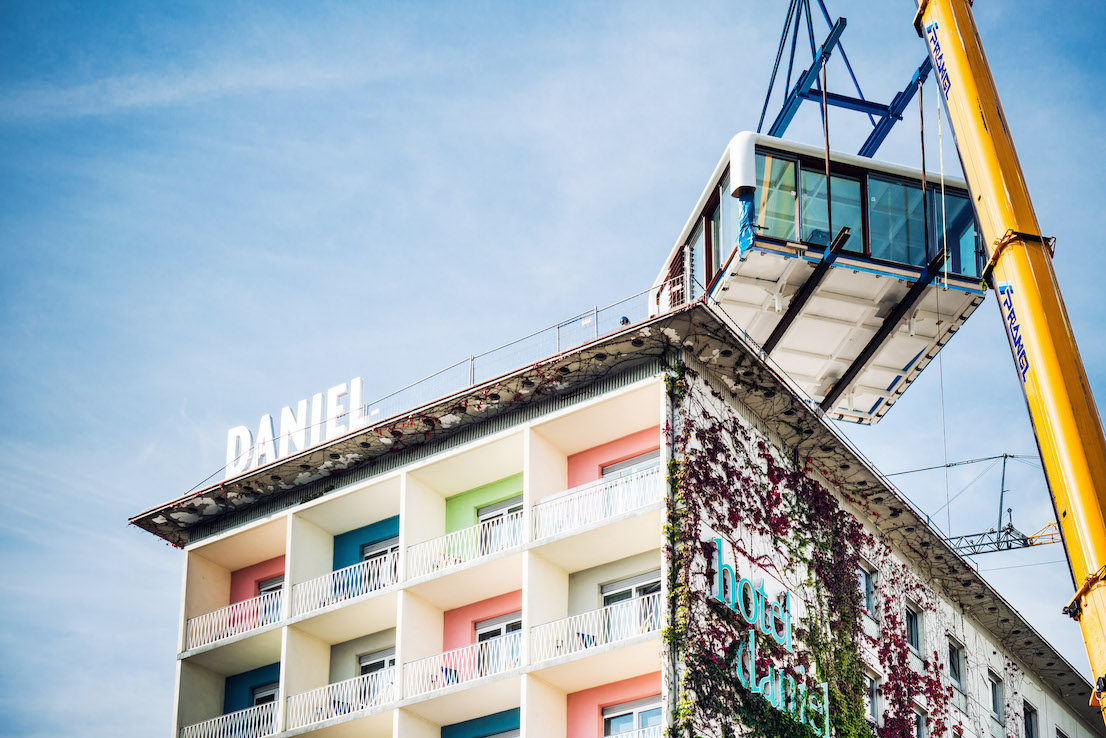 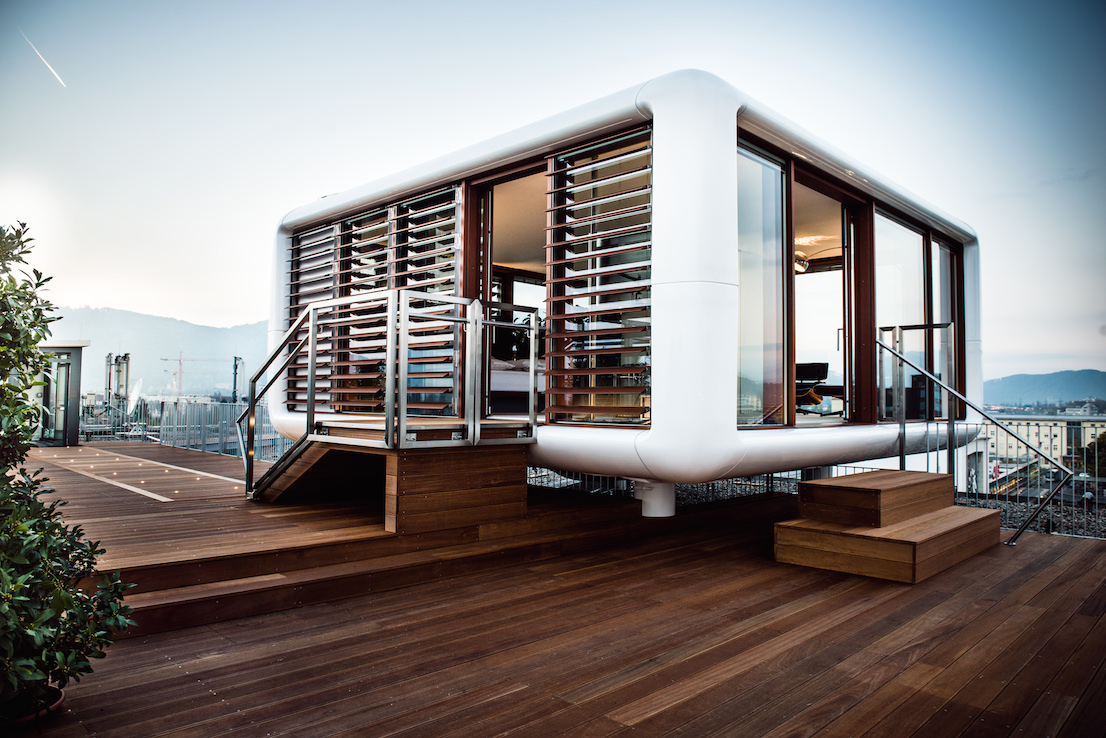 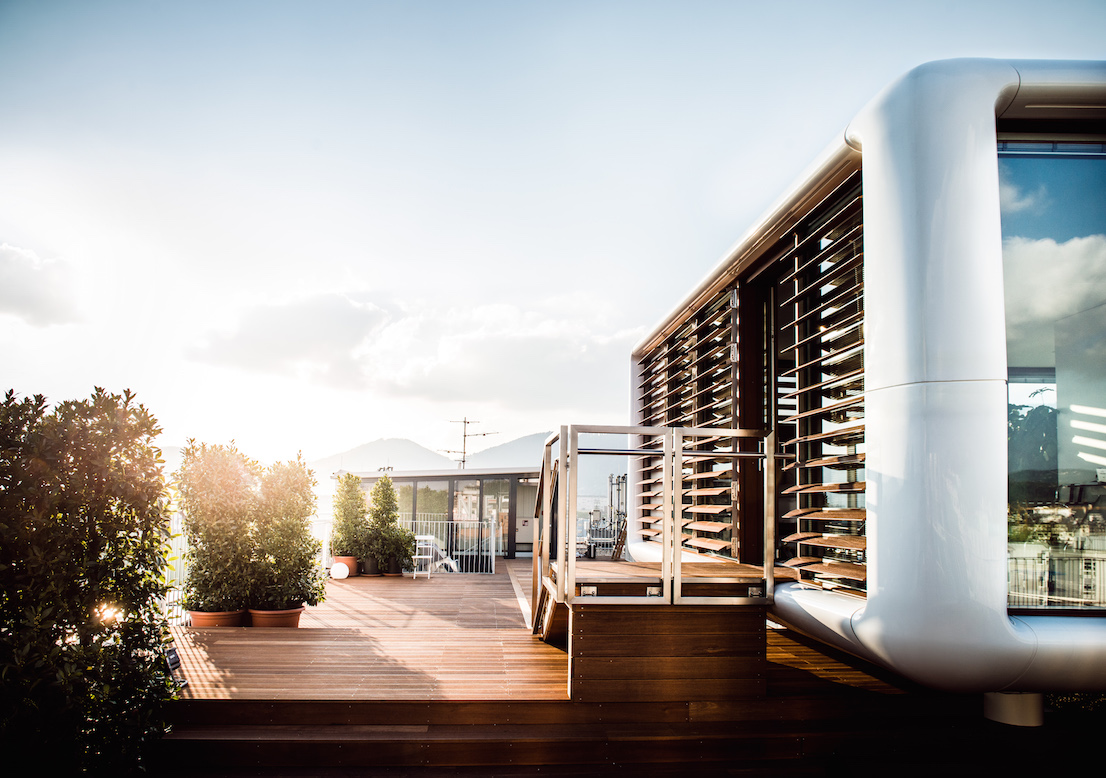 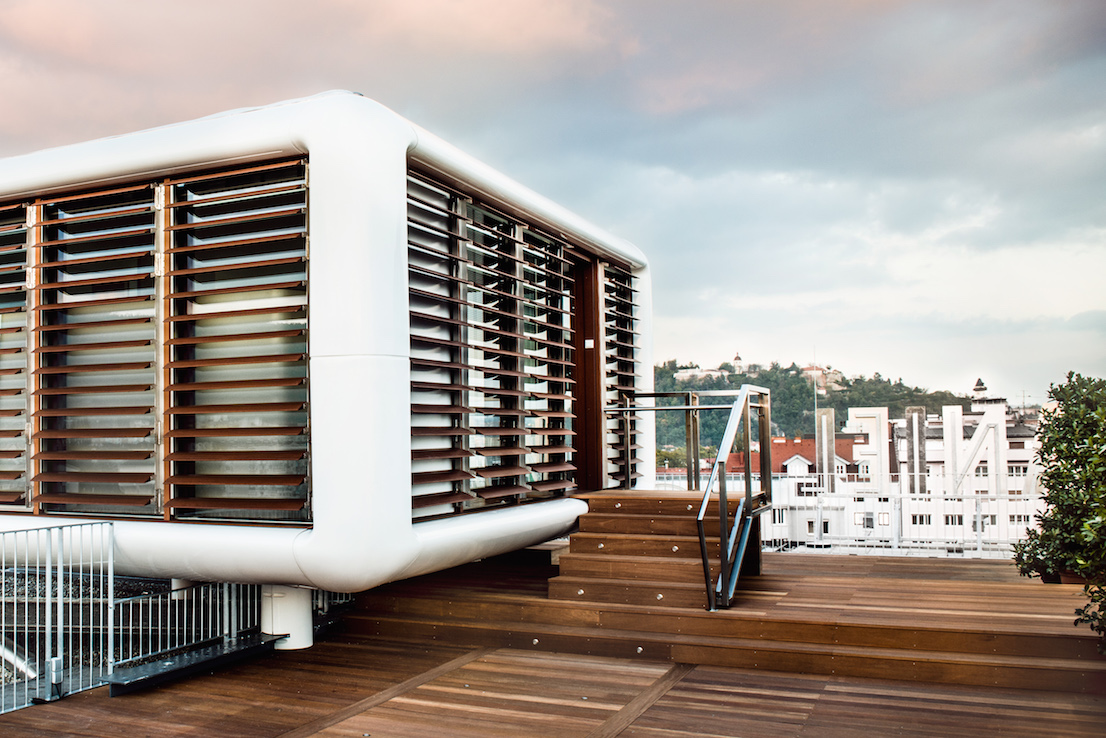 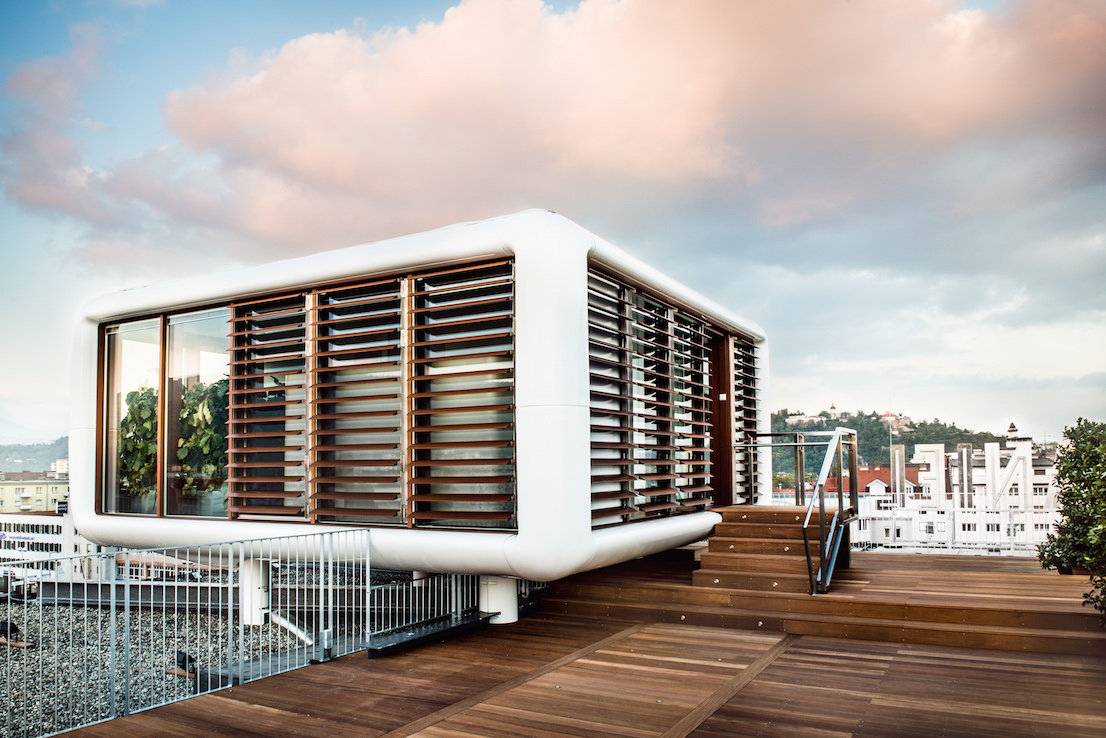 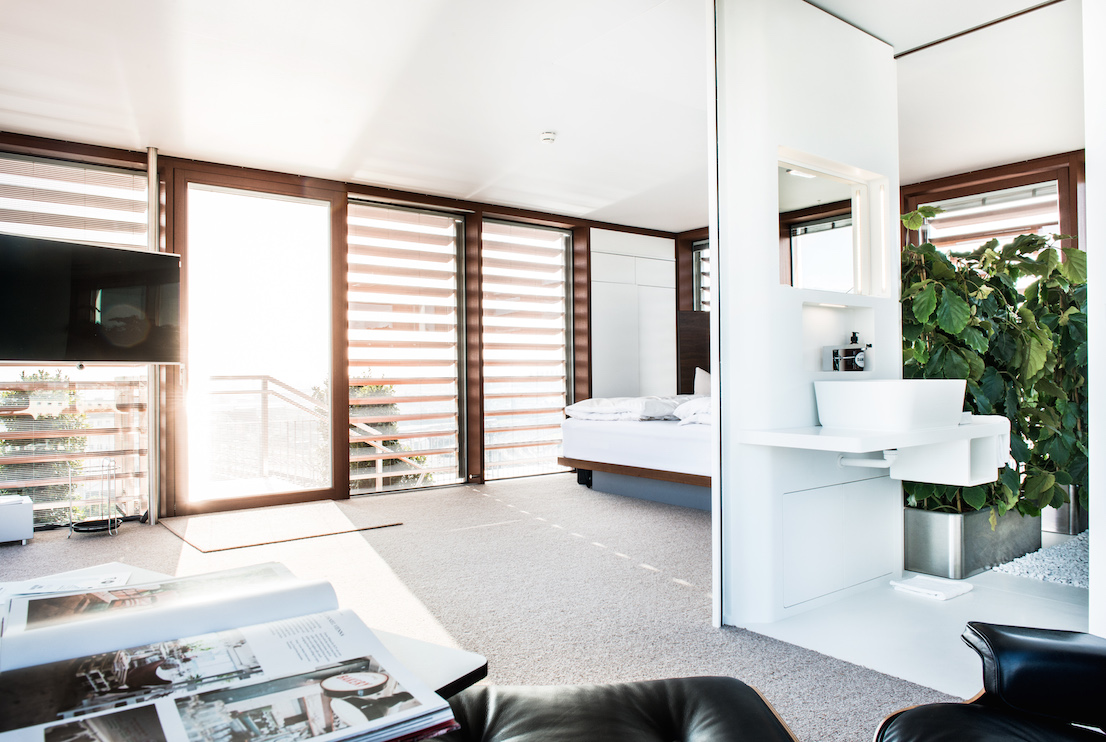 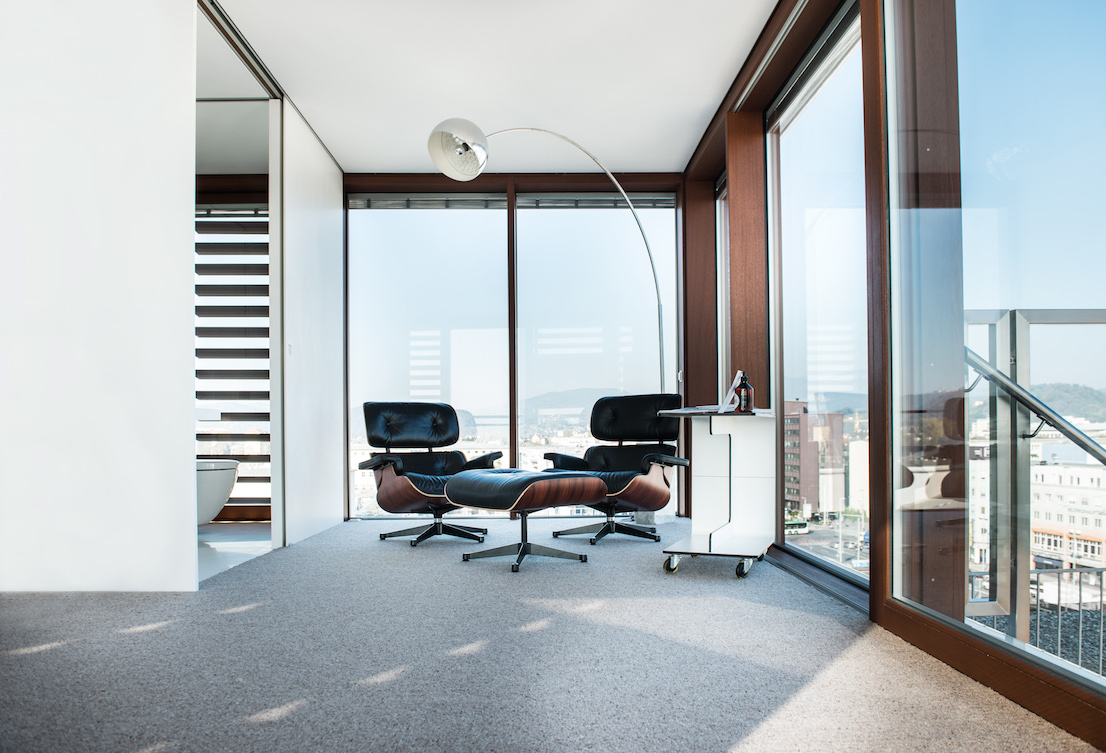 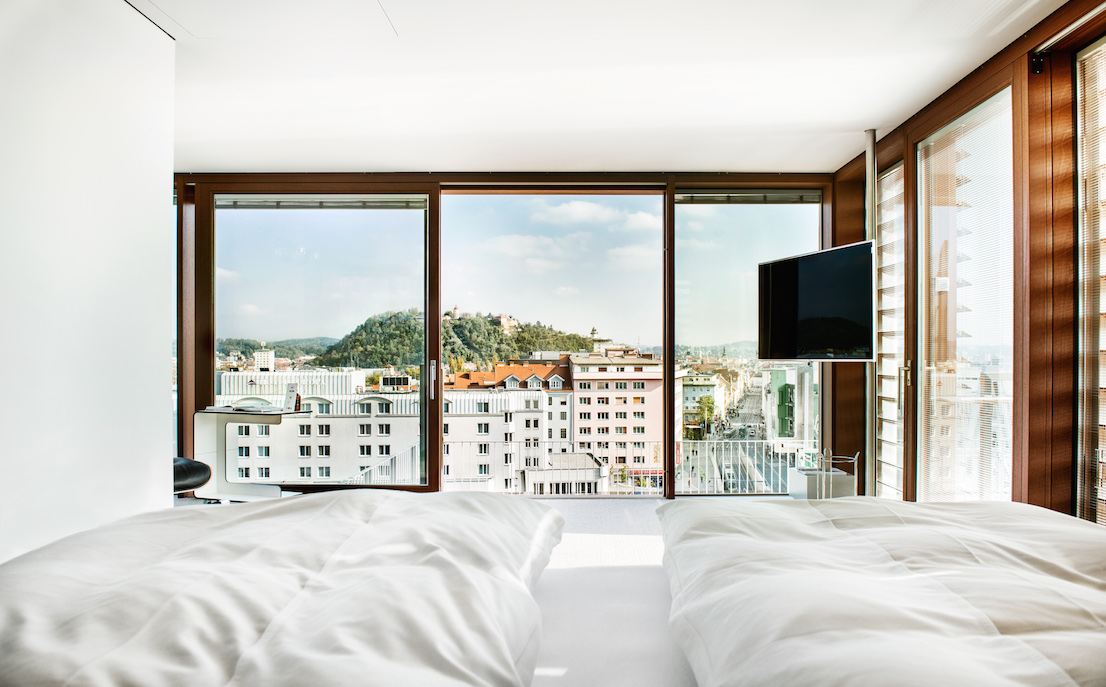 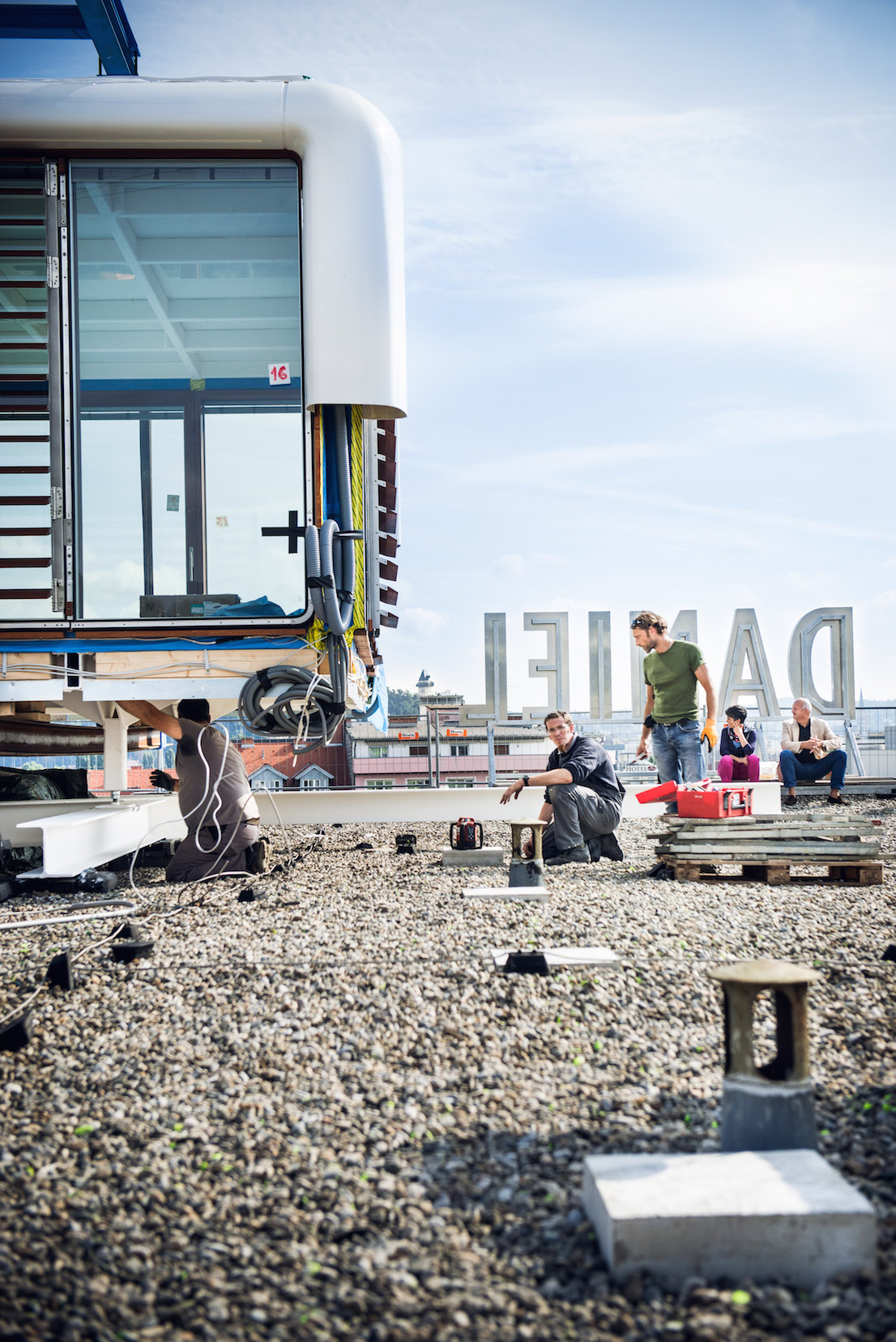 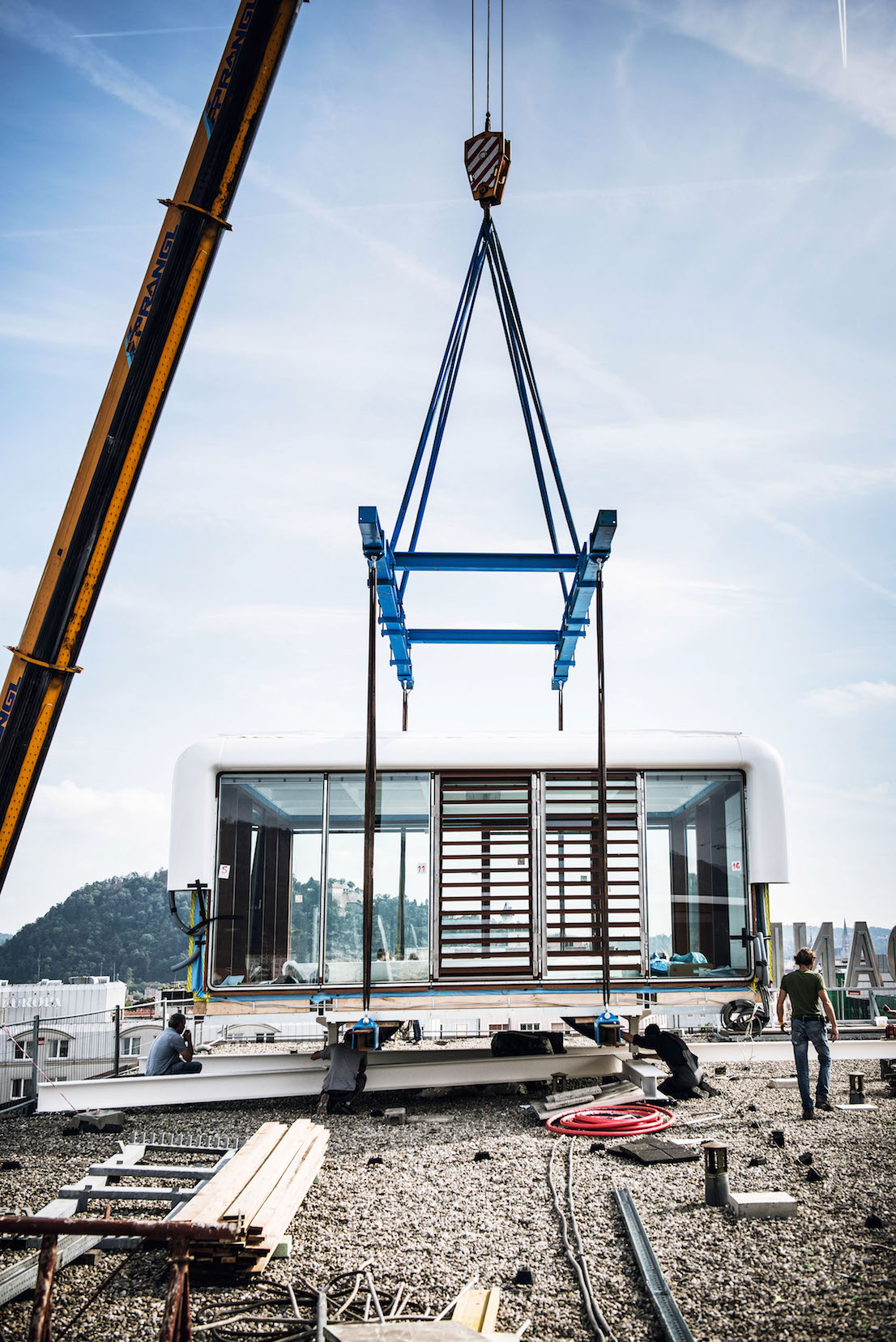