The British architect David Chipperfield has returned to do honor to the city of his birth with the refurbishment of the prestigious Hotel Café Royal in London, which has reopened its doors after a period of inactivity following its acquisition by the company The Set in 2008. Located on Regent Street, just off Piccadilly Circus, Hotel Café Royal occupies three historic buildings that have been subjected to a scrupulous partial renovation which has involved Chipperfield and Donald Insall Associates, an architectural studio specializing in the restoration of historic complexes. A joint undertaking characterized by a noninvasive approach that preserves the original character of the property, in which old and new have been seamlessly integrated through a reinterpretation of materials and decorative elements and the introduction of new color palettes. The result is a balanced synthesis between the opulent style of the old rooms, dating from 1860 and 1920, and Chipperfield’s elegant and measured aesthetics. The structure, with an area of 1200 square meters, is laid out on five floors and has 159 rooms, along with six suites that have not been altered, a gym, a holistic spa, rooms for yoga and Pilates, a swimming pool, restaurant and bar. 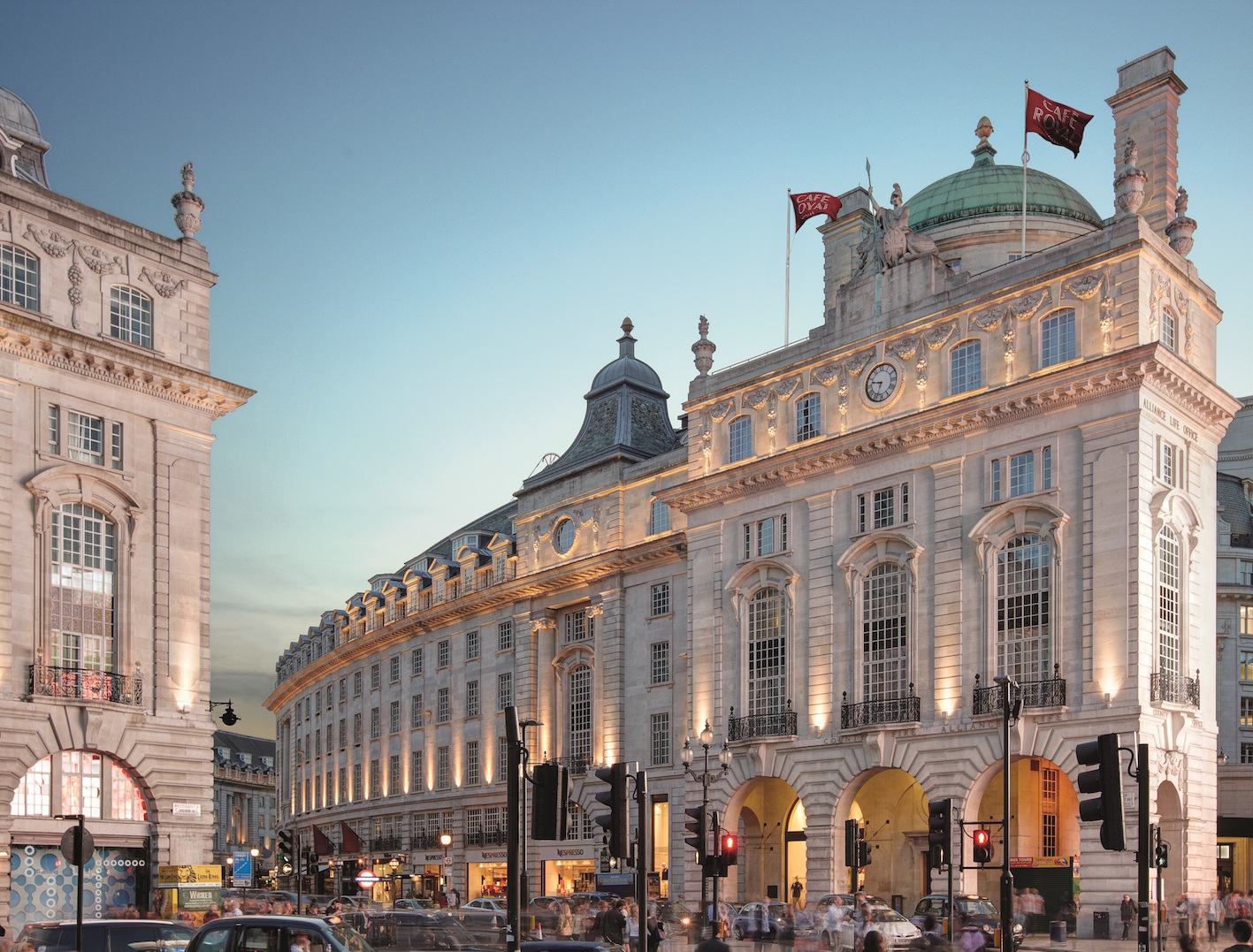 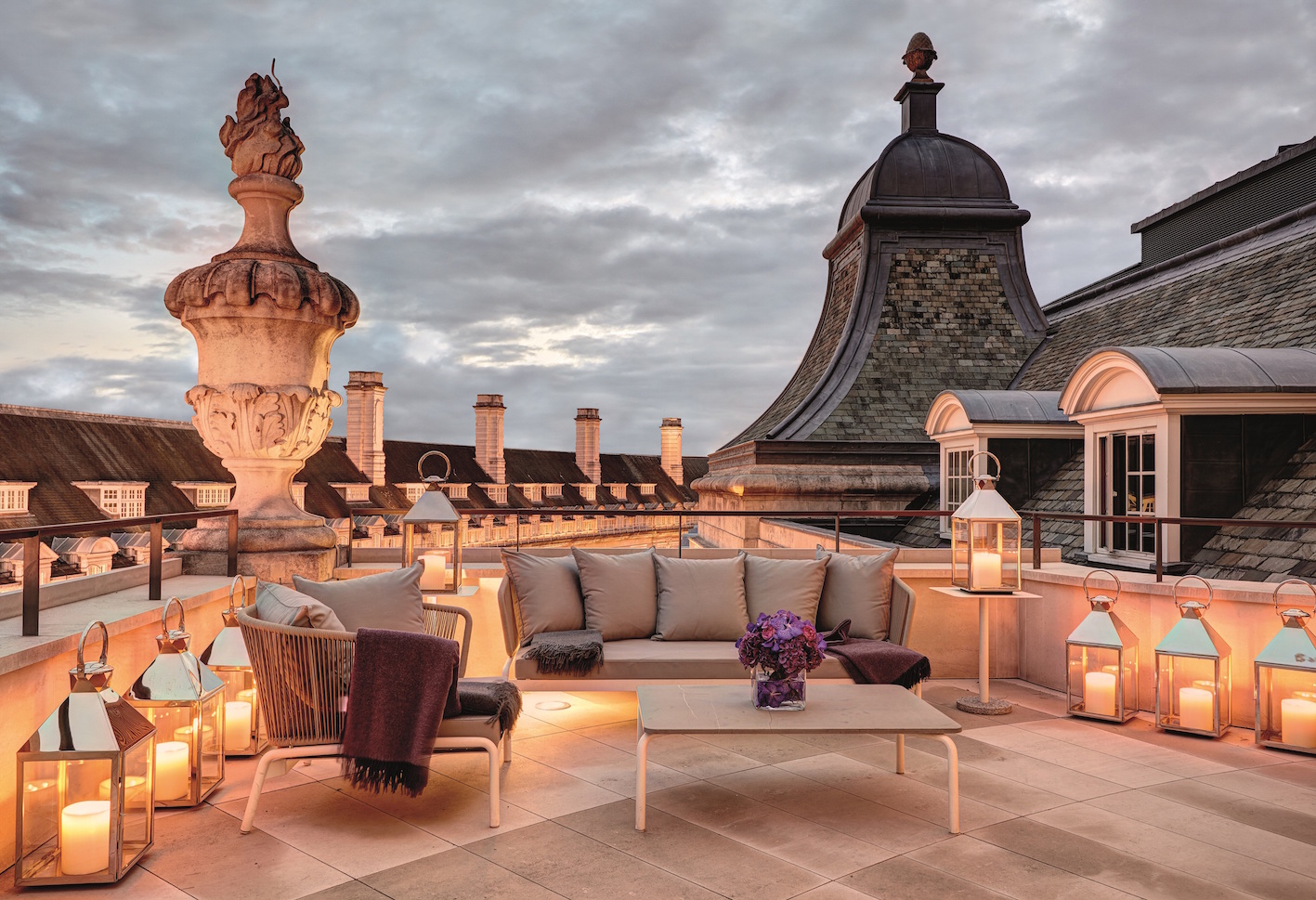 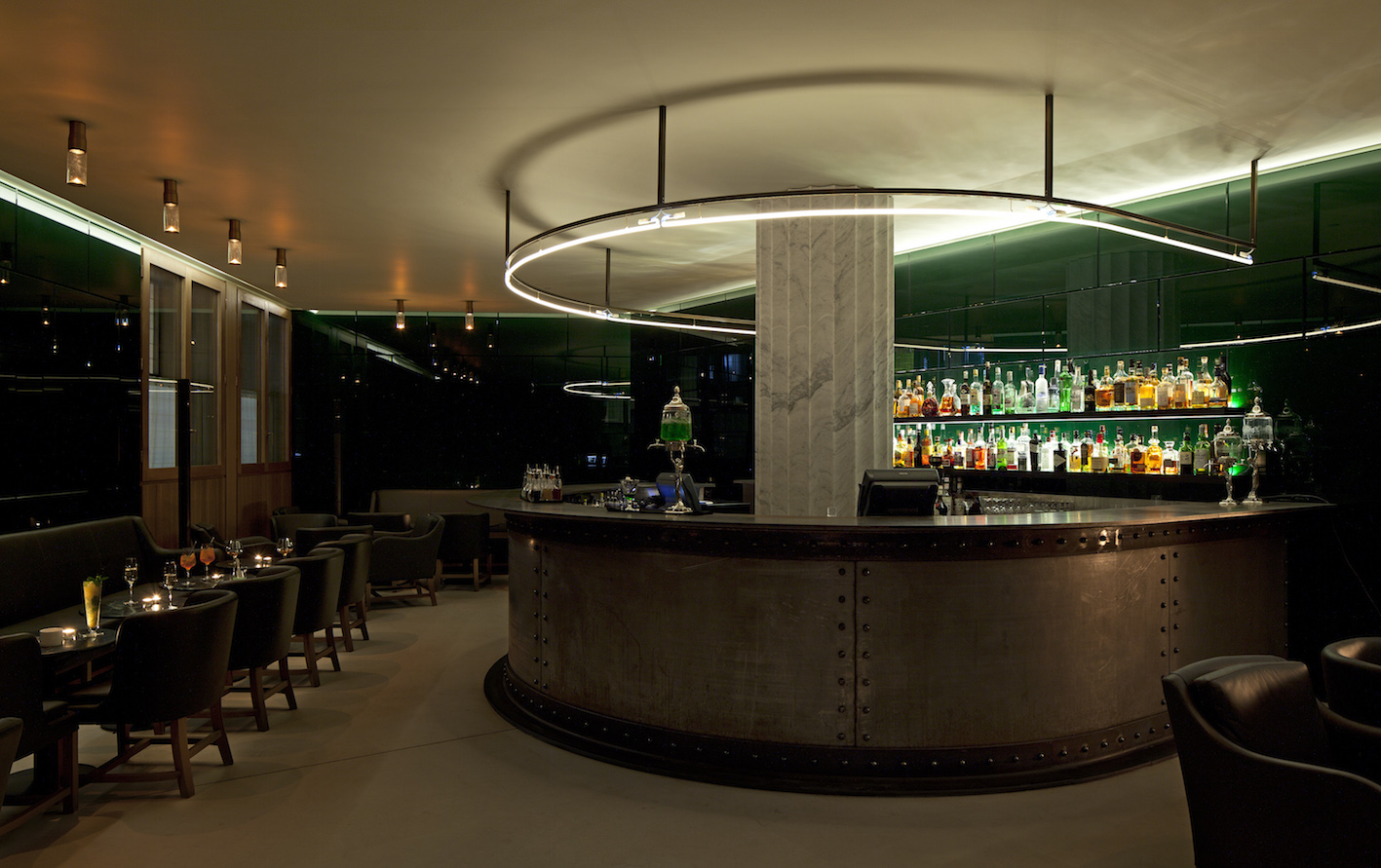 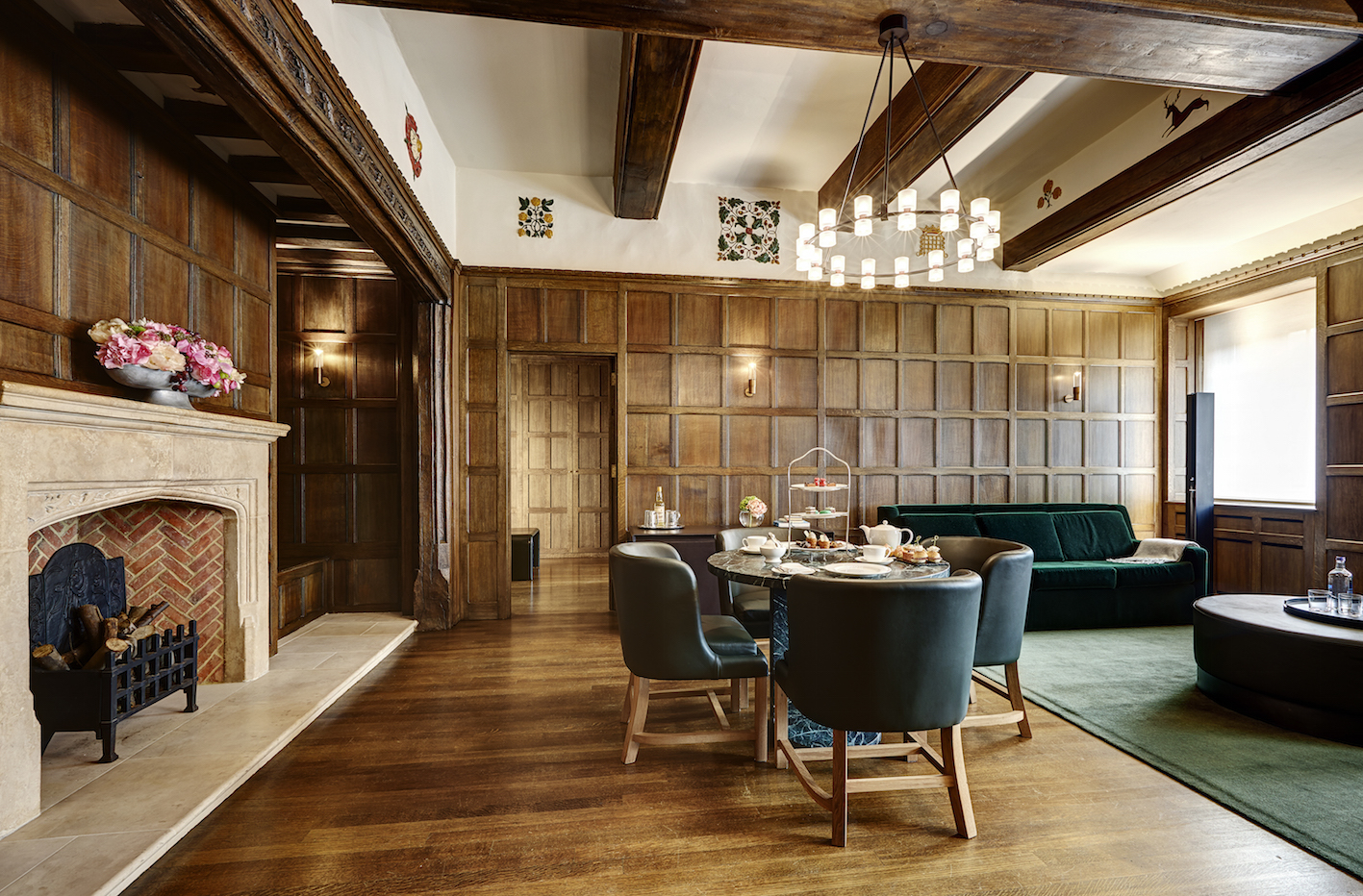 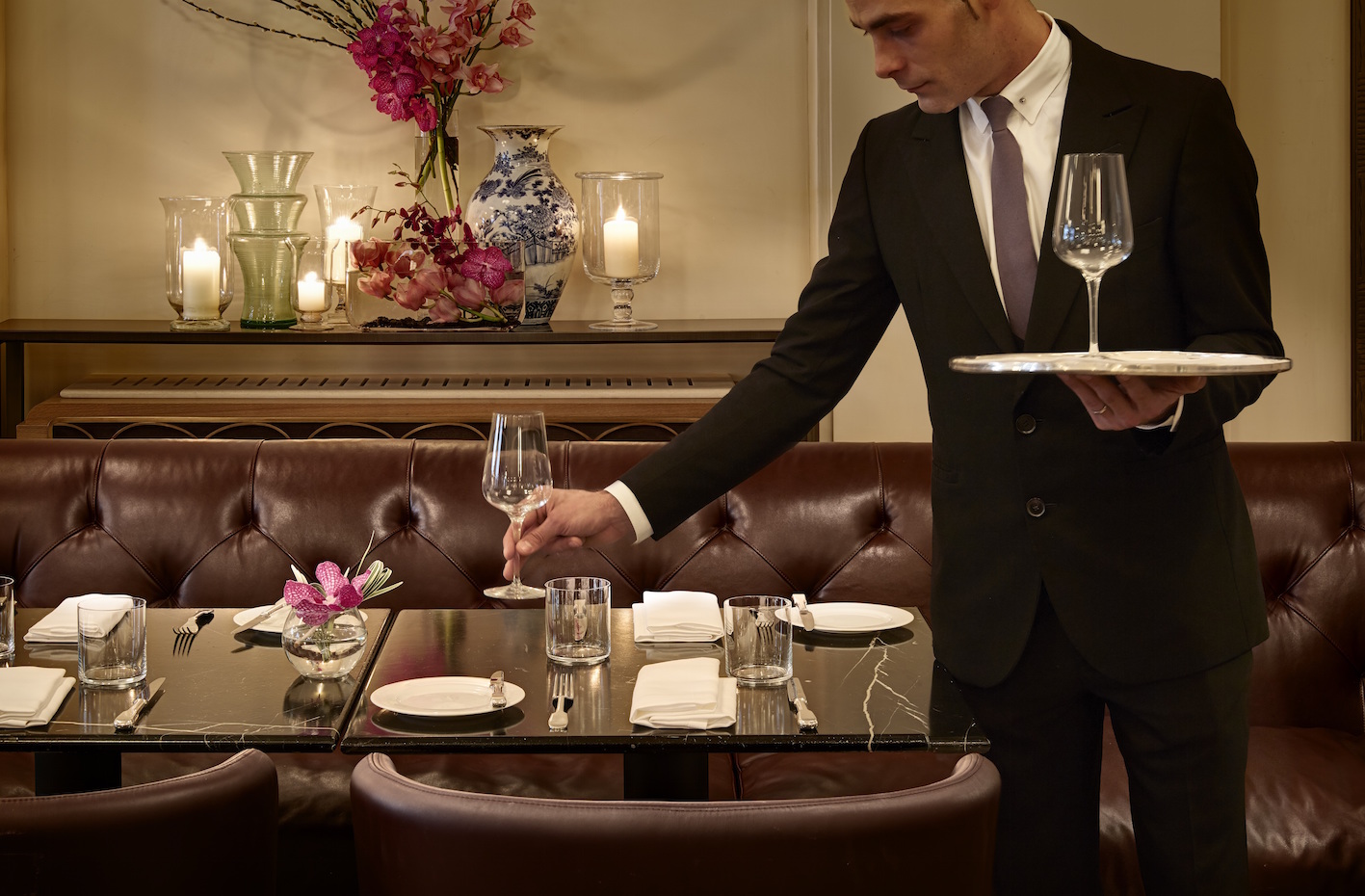 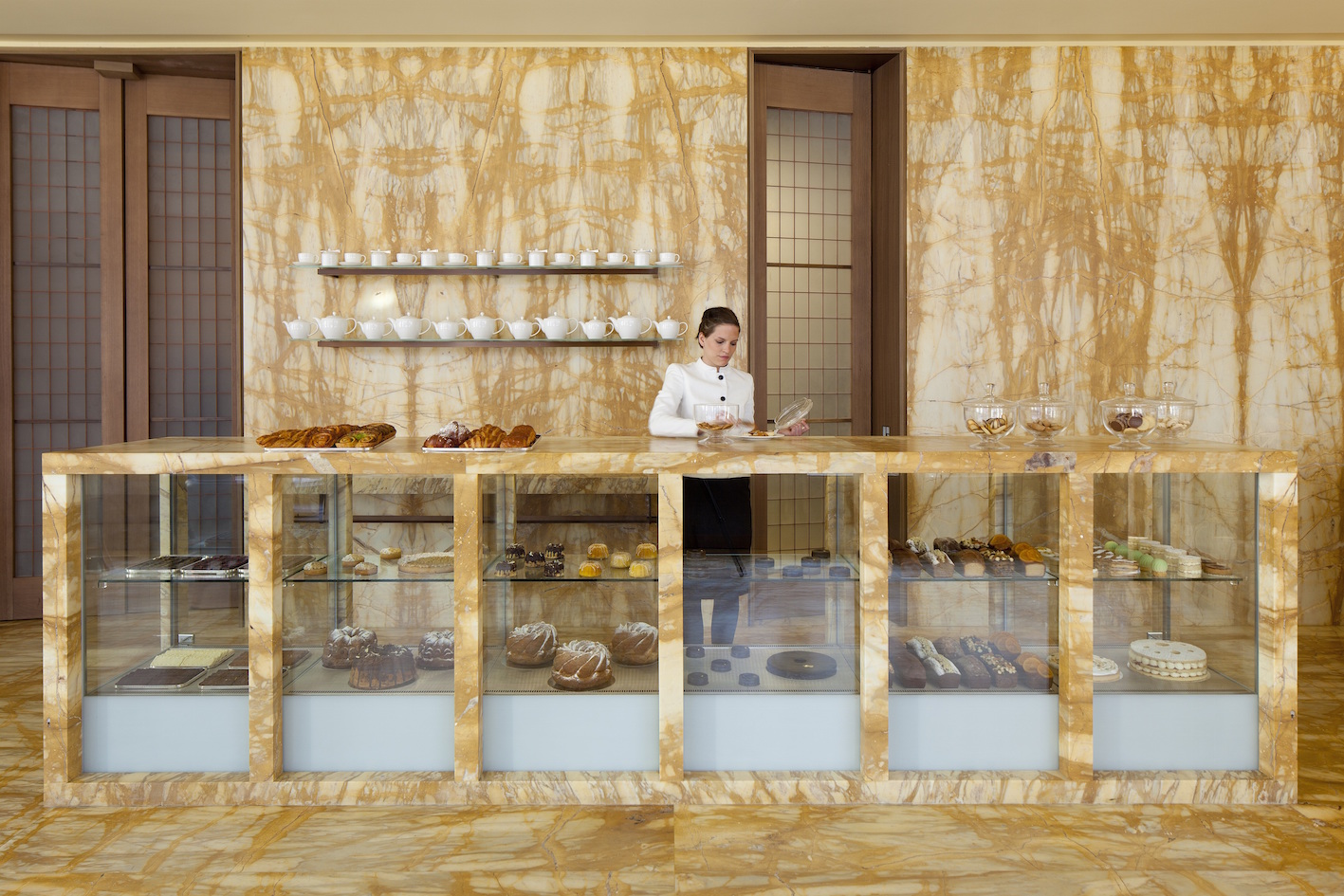 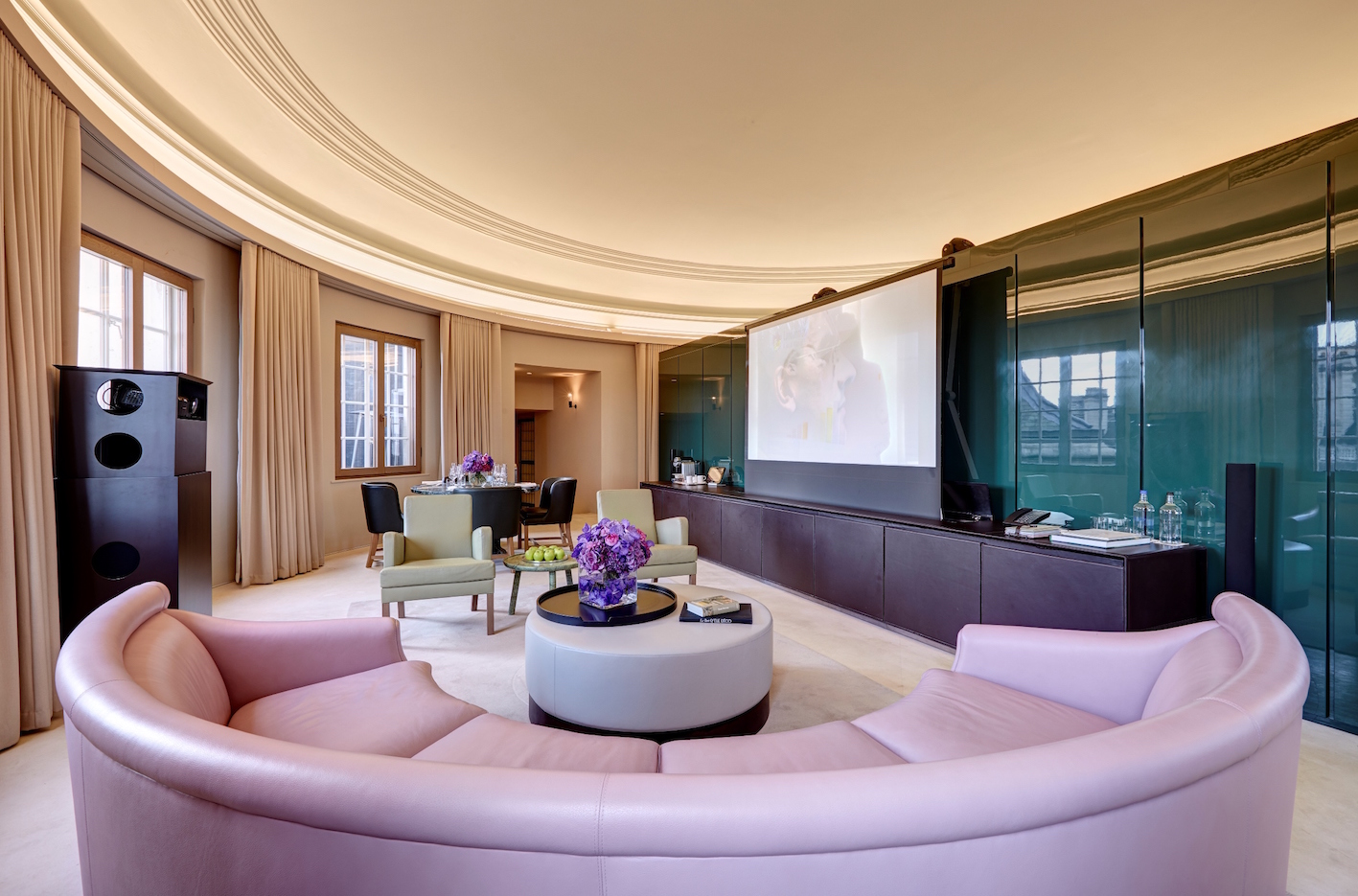 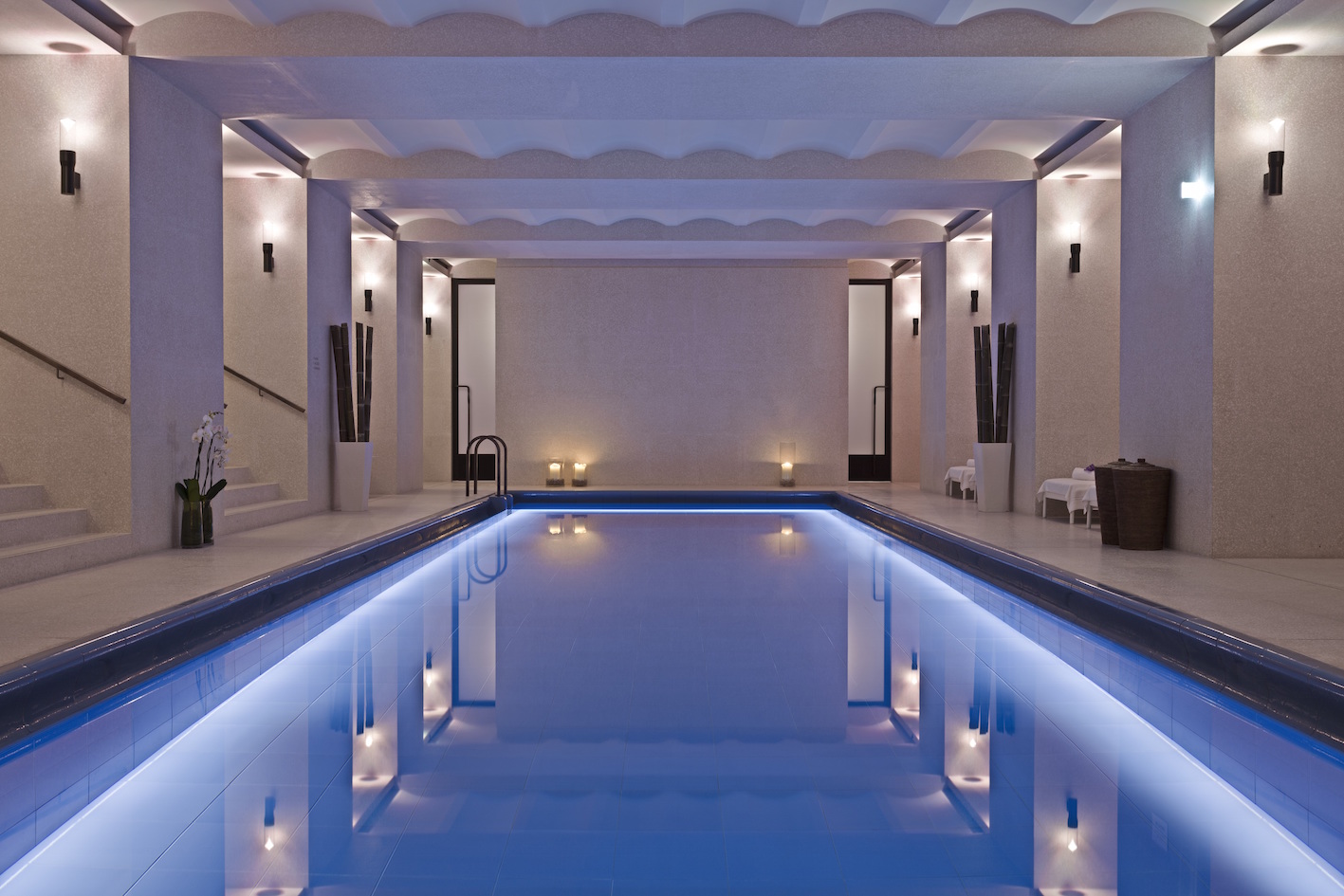 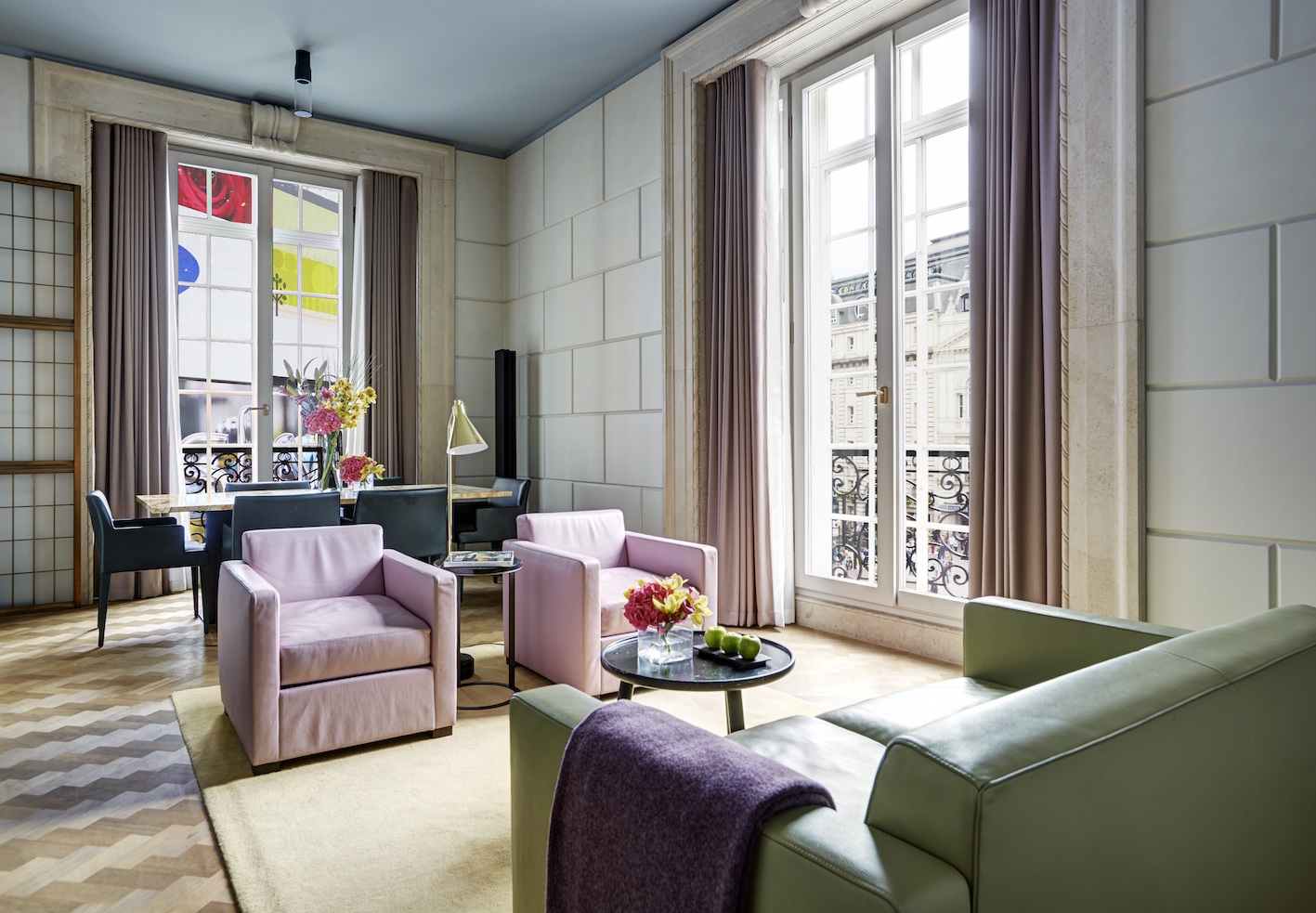 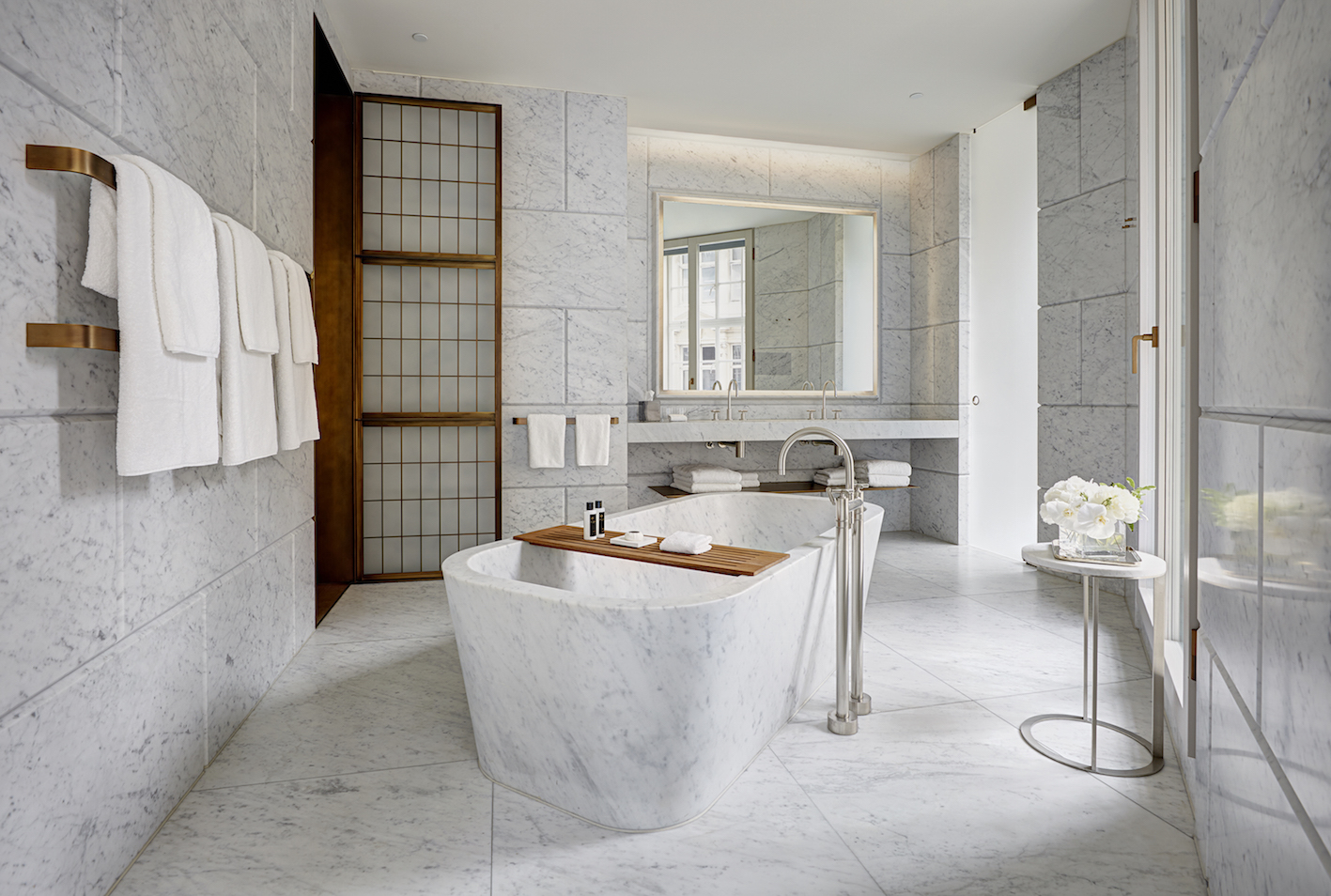 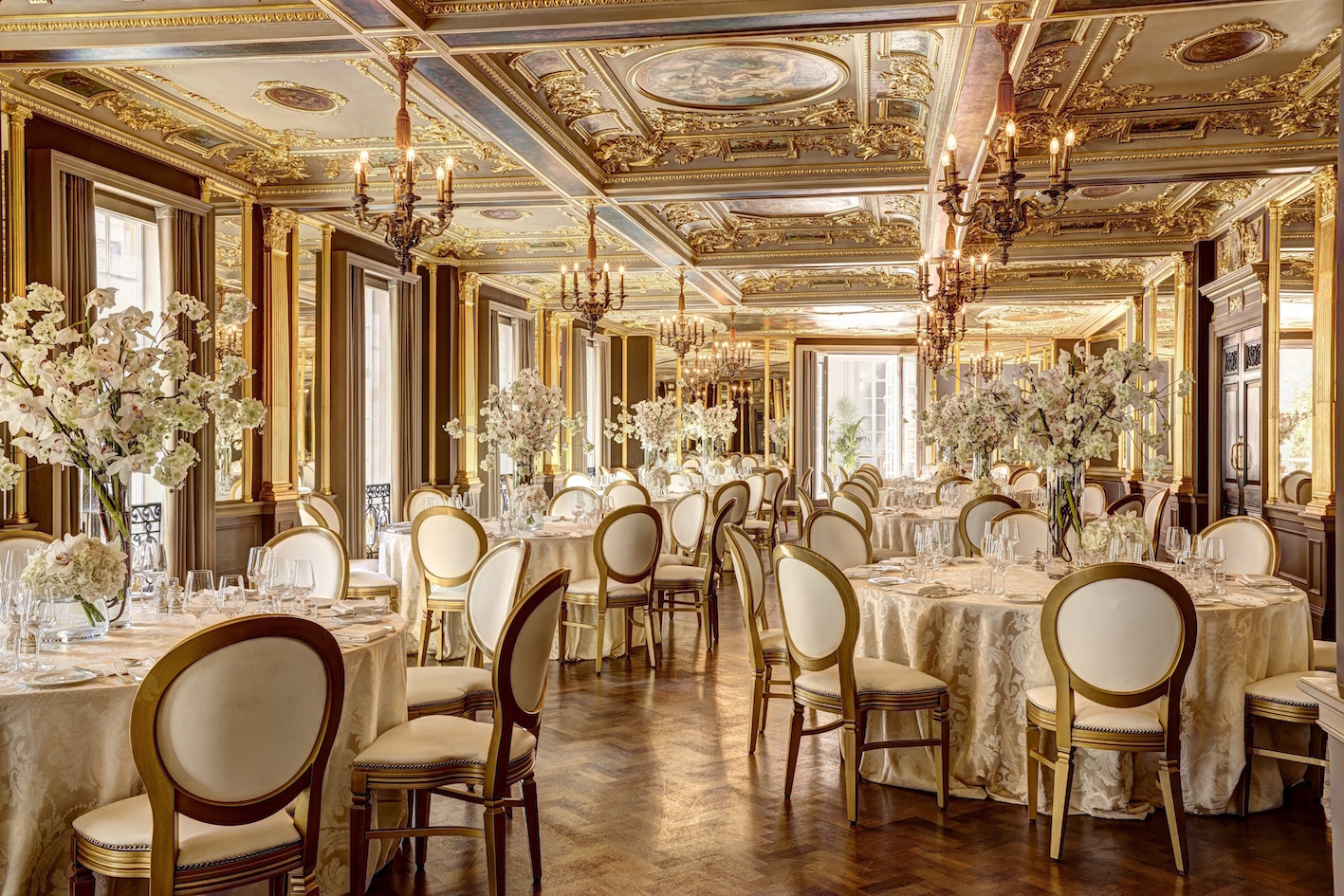 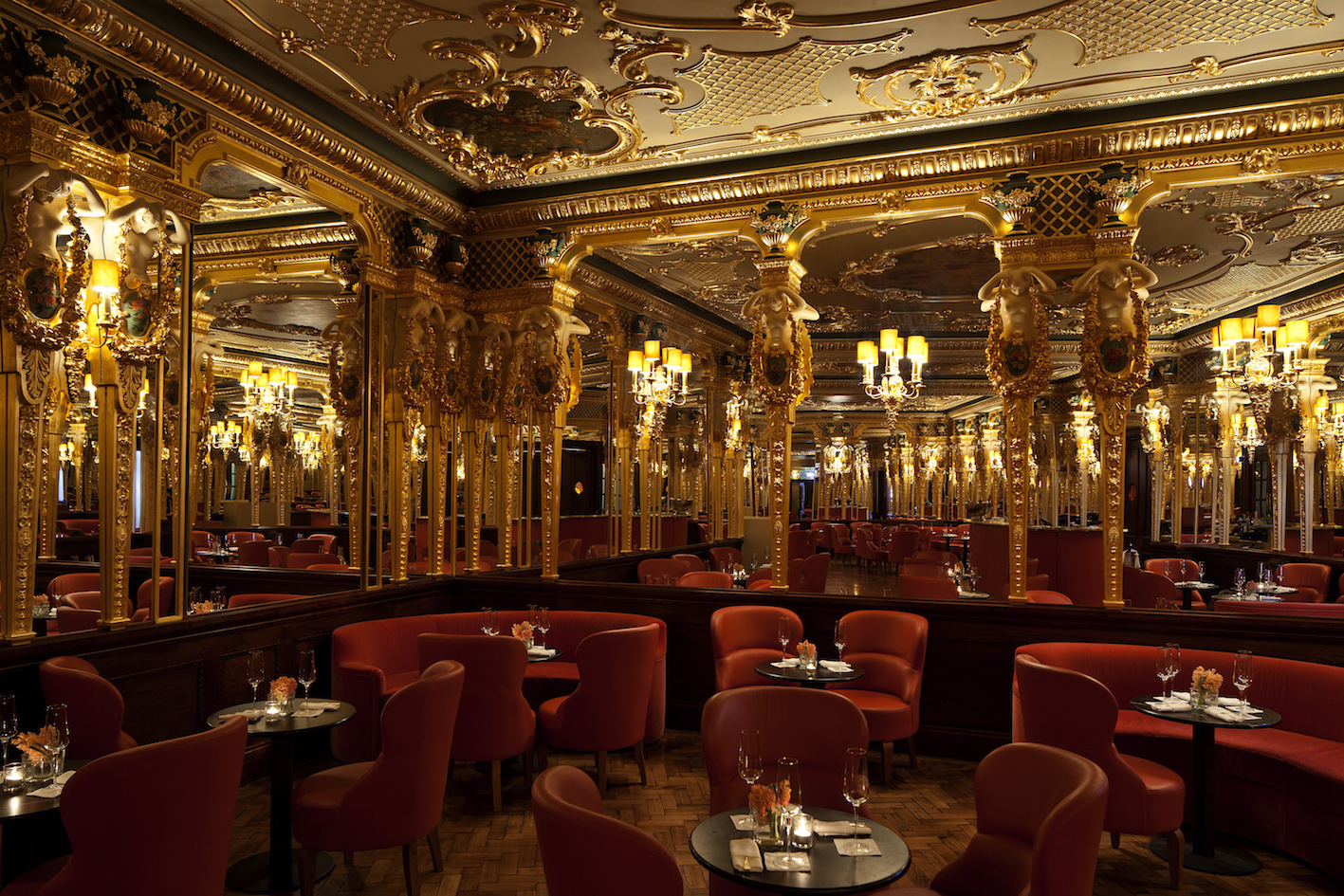 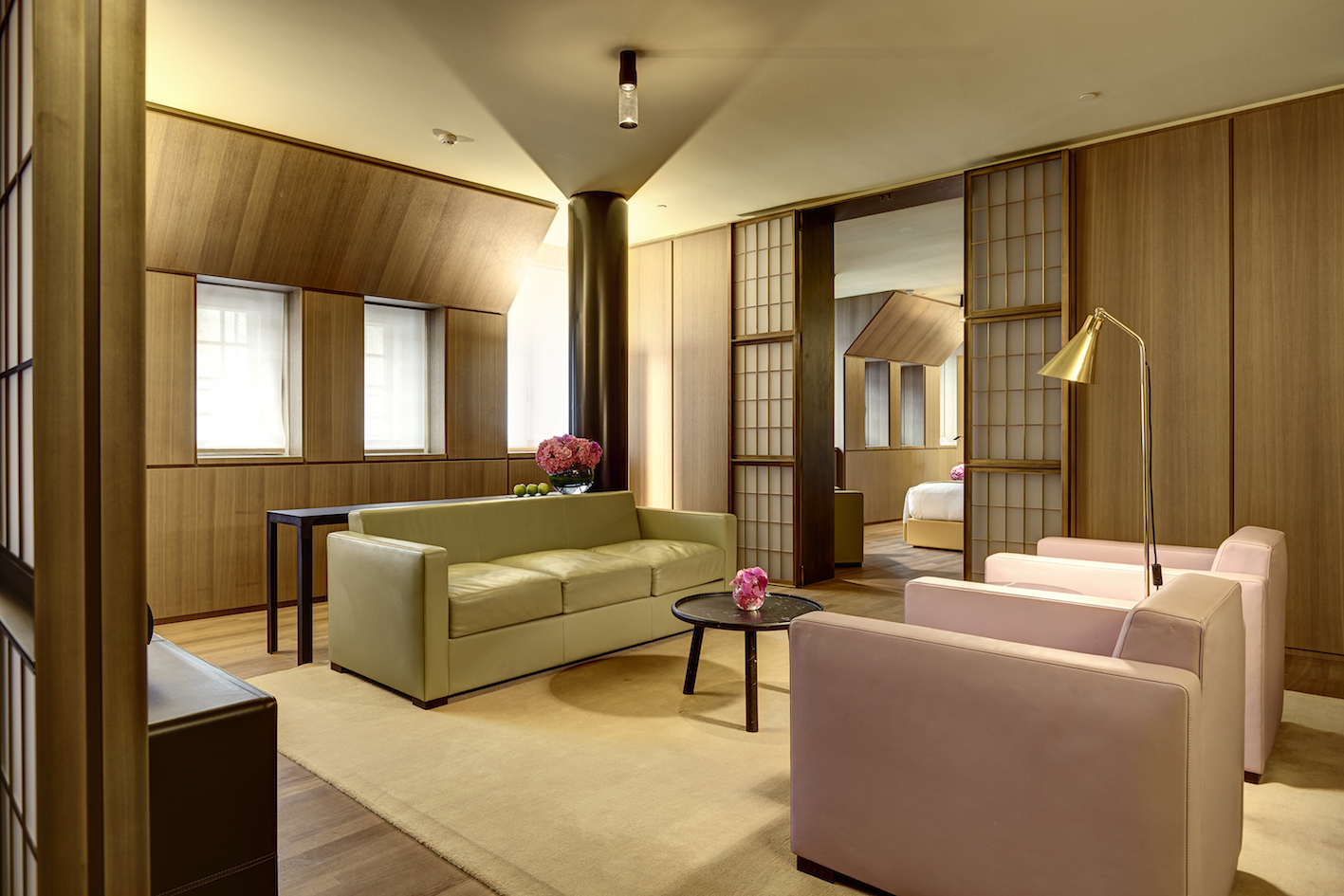 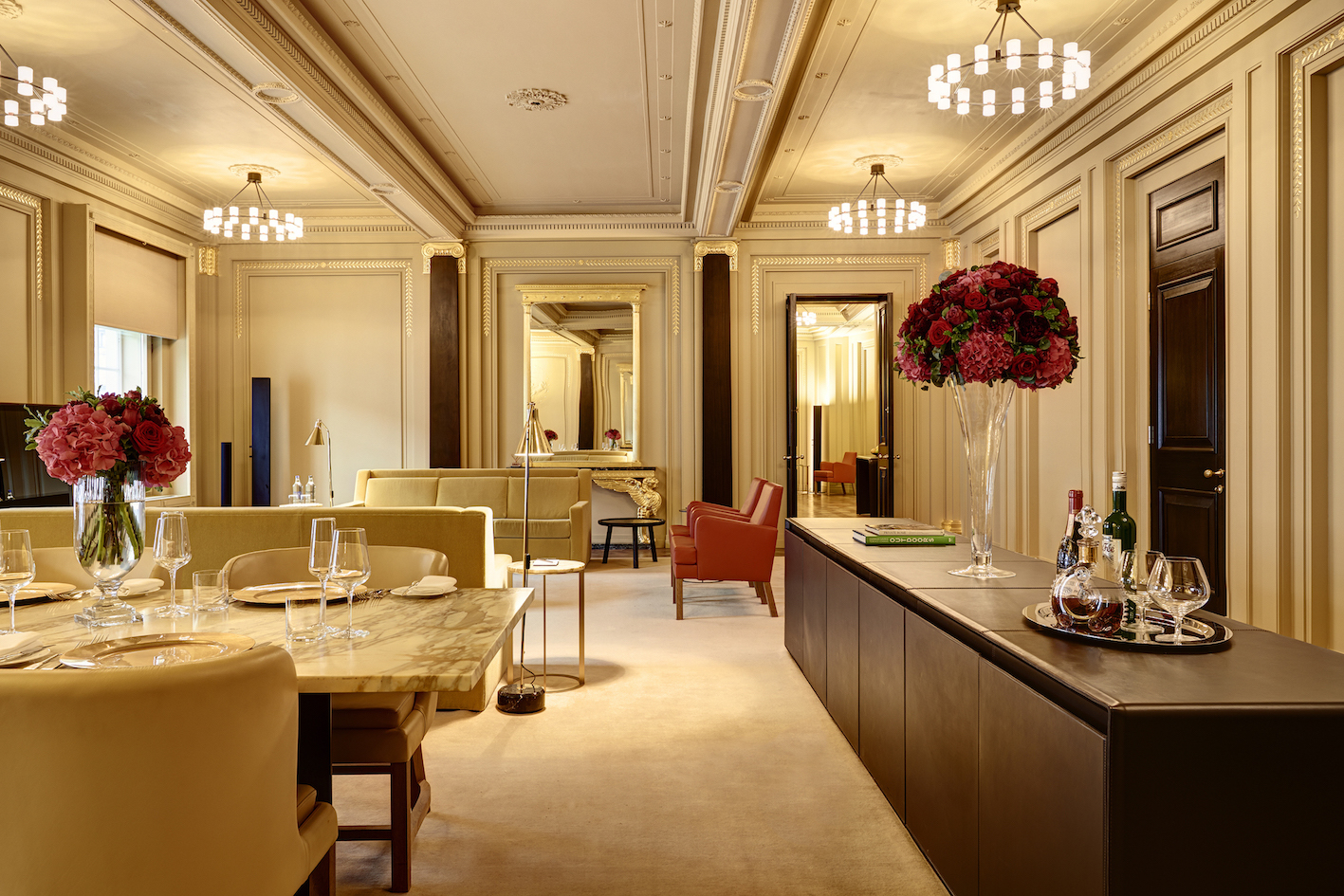