She has incredibly long, straight hair, chestnut but blond at the tips, as if bleached by the sun. She gathers it with her hands and tucks it behind her ears. Then, in a rapid gesture, she sweeps it forward again, on just one side. As well as stroking her hair, during the interview Benedetta Mazzini smiles, smokes and adjusts her Converse shoes, looking at her reflection in the window of her Milan office, on Piazza Giulio Cesare (the headquarters are in Lugano). We are on the premises of the tour operators Ultimate Places, founded in 2014 with her friend Nicos Contos, and Wild Places Safaris, set up in 2012 and specializing in safaris and trips to Africa. But before her many experiences of traveling the world, before Africa and its safaris, forests and elephants, there was the world of showbiz. Born in Milan in 1971, and a naturalized Swiss citizen, Benedetta grew up in a family filled with cultural and artistic stimuli. She started out as a model, and over the years has written books, worked as a radio and TV host, a movie and theater actor and a television commentator. Then, as a tough and courageous woman with a passion for travel, she changed the course of her life and embraced the Dark Continent. She writes, produces and hosts the documentary TV program Africa Benedetta on the RAI 5 channel.

Let’s talk about women. On your Facebook page you’ve quoted something Rita Levi Montalcini said: “The body does what it wants. I am not the body, I am the mind.” Meaning?

A bombshell, don’t you think? The point is that our society makes us slaves. And we women are all the more enslaved because we have models that are unattainable, or attainable only at an exorbitant price. 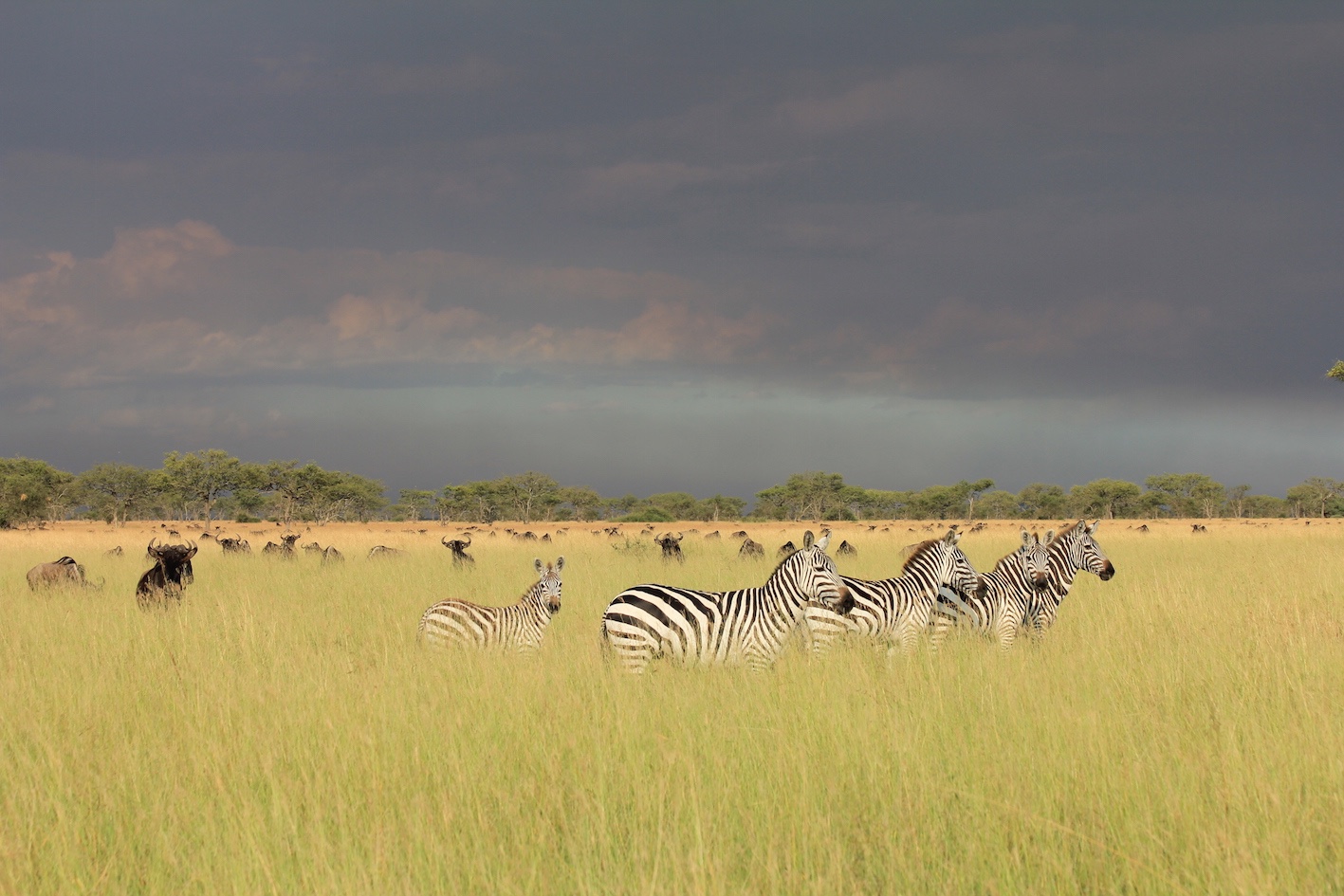 What models do you mean?

Physical and aesthetic. We are all obliged to look beautiful and young. But what sense does it make? We shouldn’t do anything at the expense of our serenity and confidence in ourselves. Just because you’re hot, it doesn’t mean you’re smart. You’re smart, and then perhaps you’re hot too.

Through your travels you’ve got to know other kinds of women. What’s the difference between us and African women?

I don’t know, but in Africa they really have another sort of relationship with their physicality and their bodies. I’m talking about sensations I’ve experienced directly. And in many cases these are countries where they still practice genital mutilation, where the woman has a subordinate role, doing the hardest jobs, taking care of the kids and doing the housework.

Is there a particular episode that made an impression on you?

In the Hamar tribe, in Ethiopia, when a man is given permission to marry a grand ceremony is held. Women of every age, even from neighboring villages, flock to have themselves whipped on the back with a branch, because the scars represent a sort of bond, a symbol of devotion, belonging and courage. They fall into a sort of trance and feel no pain.

How did you feel when you saw this ceremony?

I was impressed by the reaction of these women: they don’t bat an eye, don’t move a muscle, don’t say a word. For them it’s an important thing: the more scars they have the stronger they show themselves to be. woman able to form a bond with the man who is whipping you. If those same women one day need something, they will go to the man who has whipped them, who will feel it is his duty to help them. This ceremony is an integral part of Hamar tradition, it’s deeply rooted in their costumes. It’s not an imposition, it’s part of their culture. 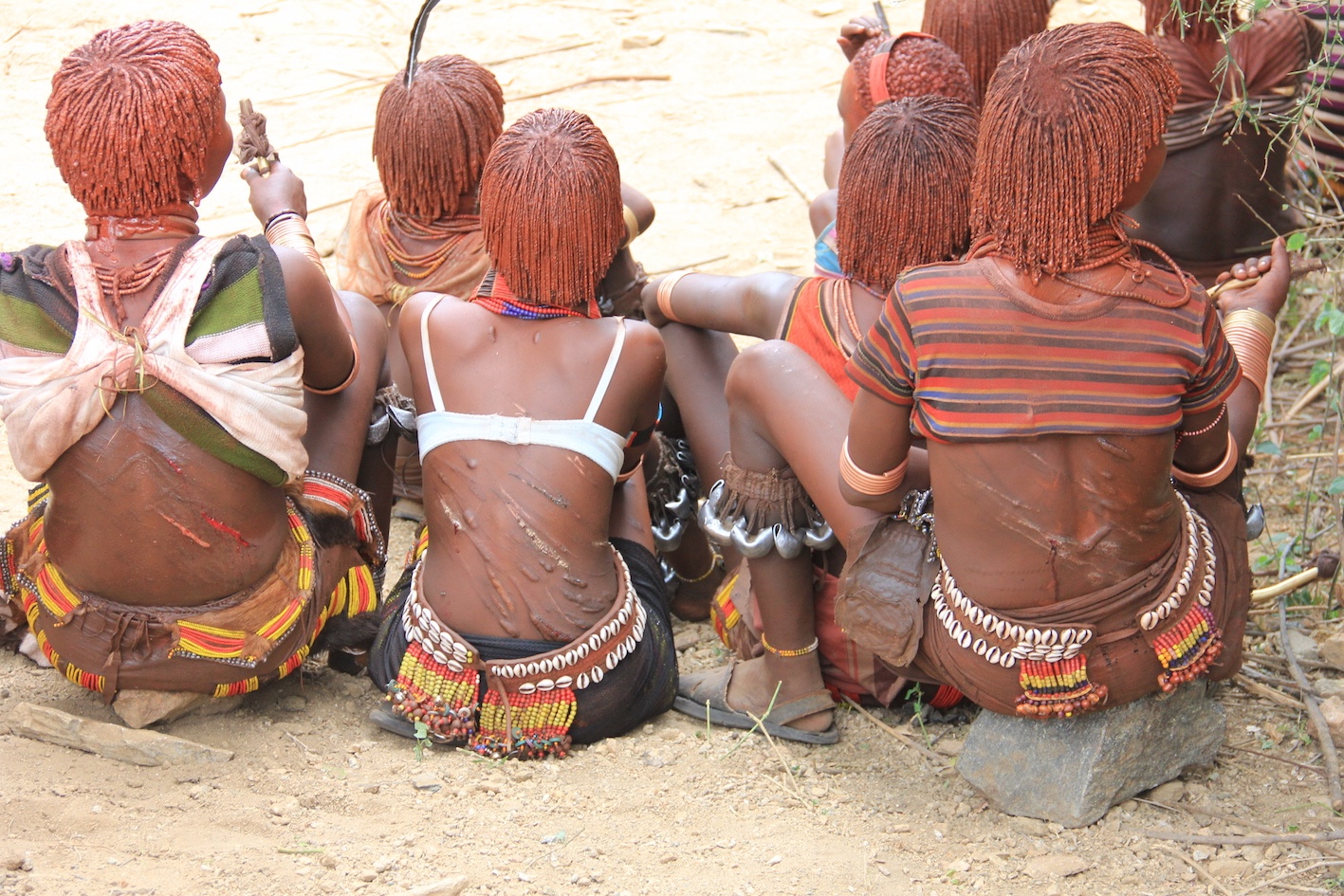 Yes, this mutilation is another costume deeply rooted in the traditions of many African tribes. In order to be accepted in the social structure of her tribe a girl child has to under the rite of passage of infibulation. A child who does not have her clitoris removed does not enter adulthood and cannot take a husband. Today things are slowly changing. Some women are growing more aware of the predicament they are in and in order not to submit to this ritual leave the village and decide no longer to live according to the traditions of their ethnic group.

Your eyes widen when you talk about them.

They are experiences that make everything greater. But when I come back to Milan I have my life here too, with its trivial, frivolous and fun side. It’s not that I don’t go out and buy four pairs of shoes: I buy them and am very happy to do it, because I live in a place where not only can I allow myself to do so, but also wear them.

For how long have you been traveling?

I’ve always traveled a great deal, I’m fascinated by different cultures, different people, different places. But Africa captivated me immediately, and straightaway I started to spend a lot of time there.

The great Polish journalist Ryszard Kapuściński wrote that in Africa “More than anything, one is struck by the light. Light everywhere. Brightness everywhere. Everywhere, the sun.” What does the Dark Continent mean for you?

A world with a marvelous sun, but very violent. There is nothing dark, and there is no space for shadow: on the men, on the women, on the animals, on the land. It sounds a bit romantic, but that’s how it is. 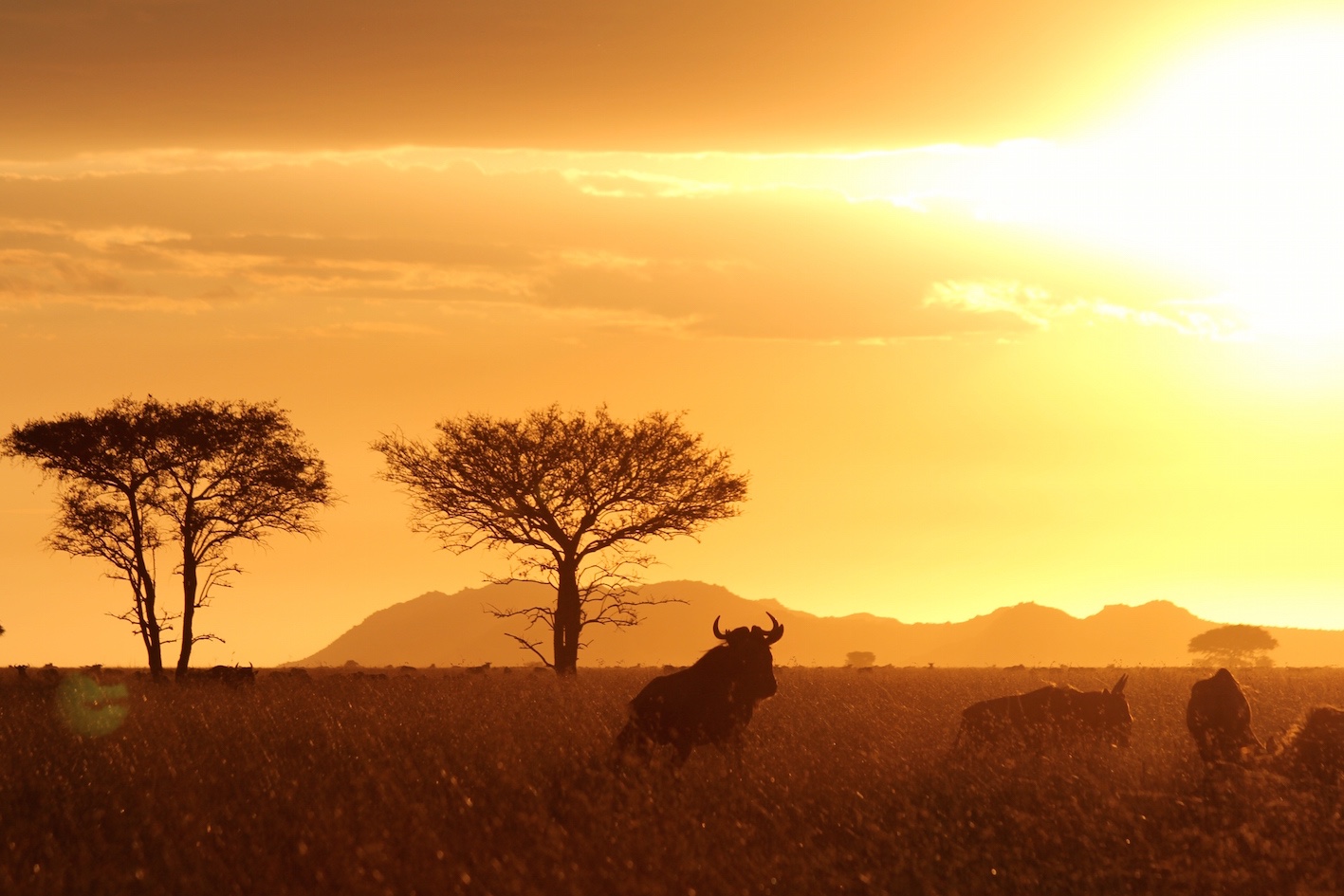 What do those places give you?

As soon as I land in Africa, nothing else exists. Which is fairly risky, because time stops and everything is far away: work, boyfriend, family—apart from my mother (the famous singer Mina, author’s note), who is always with me. In Africa I need nothing, I’m completely fulfilled. I’ve never traveled in company. I always travel alone and it’s what I recommend to everyone. Only if you travel alone do you get to know a place.

Tell me something, how do you face a lion?

If you can, try not to face it. All animals, from the lion to the mongoose, are afraid of man, and so they avoid an encounter because our smell is in their genes. When they see you on foot they run away, because in their memory our presence signifies death. An animal will confront you only if it has no means of escape. To avoid the lion you have to listen to the sounds of other animals, you have to check which way the wind is blowing, you have to walk upwind and not downwind, so that it doesn’t smell you. If by bad luck, yours and the lion’s, you do meet up, you mustn’t run away, you have to keep still: something that runs is prey, so if you run away you recognize the superiority of the predator. You have lost already. In any case, the golden rule in Africa is: whatever happens, don’t run. Ever.

What is the most beautiful and majestic animal in your view?

I love elephants, partly for their social structure. They are beautiful and intelligent. I could watch them for hours.

How do you stroke an elephant?

You don’t touch animals and they don’t let themselves be touched. 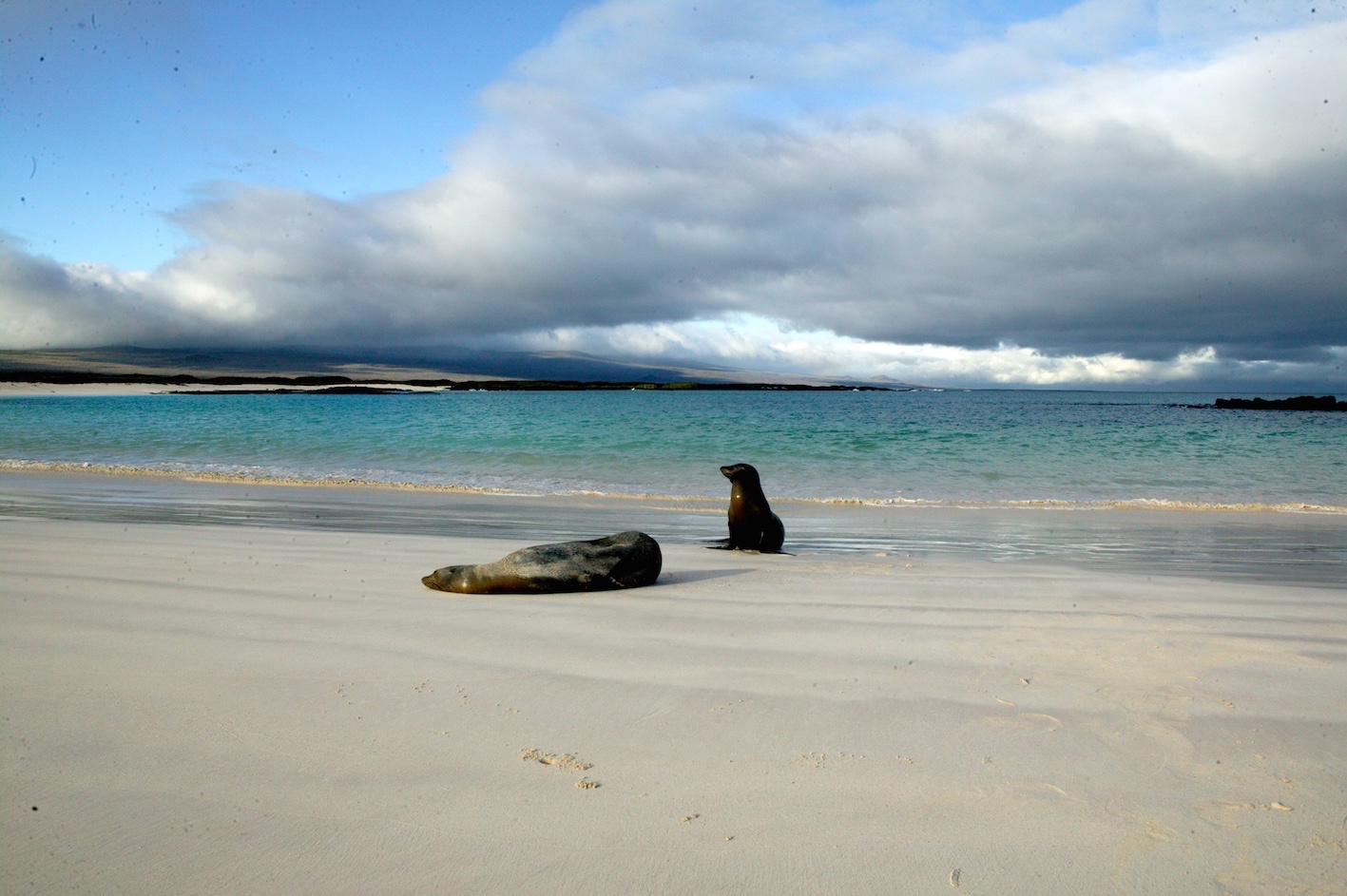 We are talking a lot about Africa, but I’d like you to say something about Wild Places Safaris. How do you package the perfect trip?

Our trips are entirely “tailor-made,” in the sense that everything is customized. I put the journey together after talking to the client, who tells me what he wants, what he likes, what he expects. The trip starts from the client, because one may have the same inclination as I do to spend time among people, while another prefers the cultural attractions.

Is it true that you always try everything first?

Absolutely. And if I don’t do it, then someone who works with me does, or the companies we work with.

Because if something goes wrong in the desert, or in Patagonia, it can be dangerous. However, with us you can shape your trip in all sorts of ways: you’re mad about ants? We’ll place a biologist at your disposal. You want to take a course of photography with a National Geographic reporter? We’ll arrange it for you. We don’t even call them trips anymore. They are to all intents and purposes experiences.

Where do most of your clients come from?

They’re mostly Italian and Swiss, as our offices are in Milan and Lugano. I’ve chosen to work with people who care about the preservation of nature. It’s a business, to be sure, but all our partners—I’m thinking of Wilderness Safaris, Great Plains Conservation, andBeyond and many others—pay particular attention to sustainable tourism, that is to the protection of places, local communities and the fauna. And part of the proceeds from these activities always goes to projects like the reintroduction of animals, aid to local communities and the creation of new jobs.

Are there any places where you’ve never been?

Really a lot. Even in Africa there’s no end of places I haven’t seen.

What do you put in your baggage, apart from toothbrush and panties?

Wherever I go I always take my iPod, even though I may never even turn it on. Apart from that, batteries and a knife.

And when you travel for pleasure?

I love to go camping. And then you can end up stopping where there is no light, there is no water and you have to cook on the fire. It’s the craziest thing, but we don’t do without anything: even if we’re in the middle of nowhere, we don’t bring sandwiches.

And what do you eat?

I bring them with me. I’m not a heavy smoker, but in the midst of nature they’re even better. The fact is that under the stars everything becomes better, more beautiful, more intense. Your senses are heightened and you feel completely fulfilled. You’re so carried away by the place where you are, by the sounds, by the stars, that you don’t even have time for music, you don’t have time for anything.

Do you believe God exists?

Is God a man or a woman? 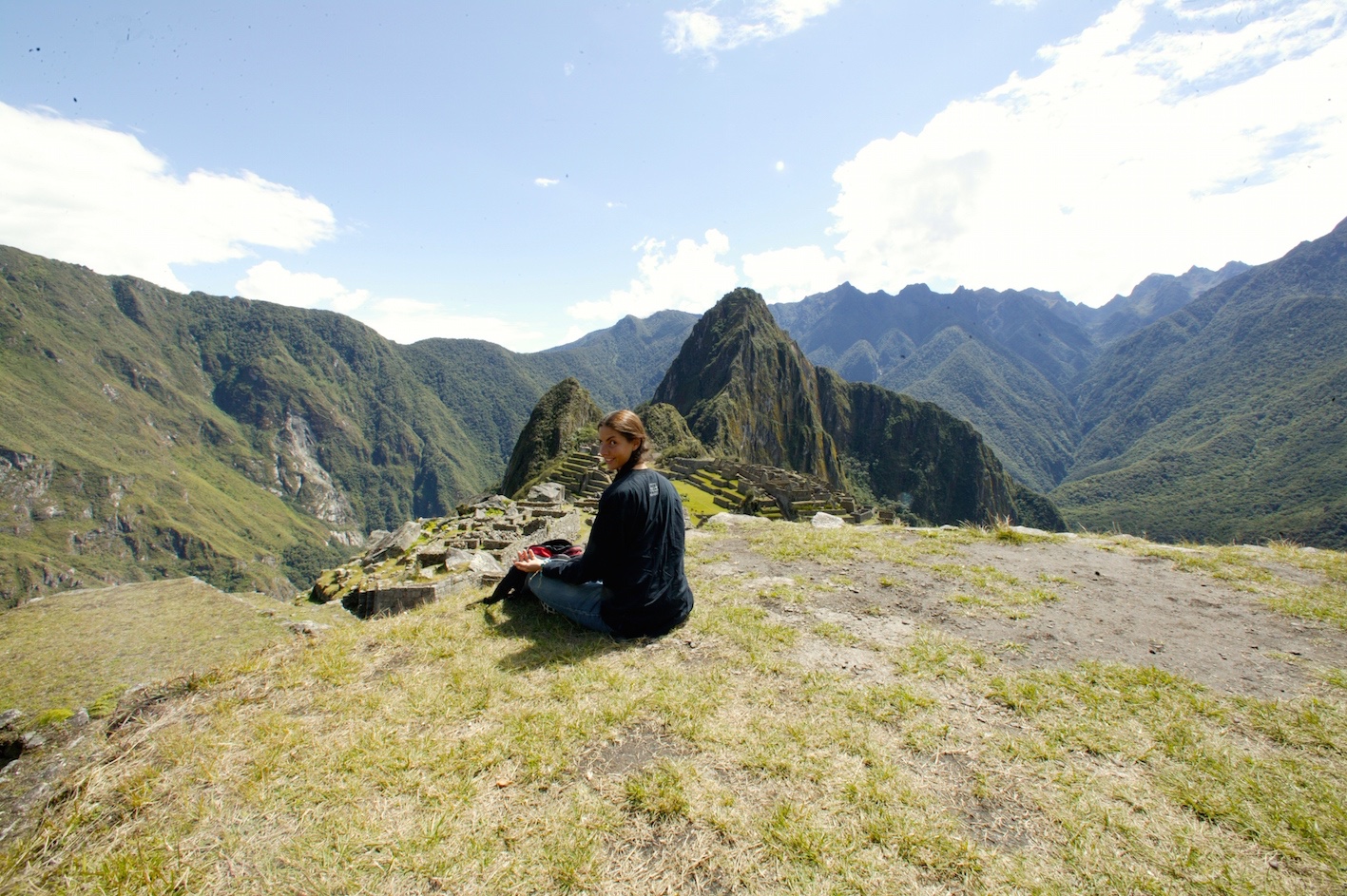 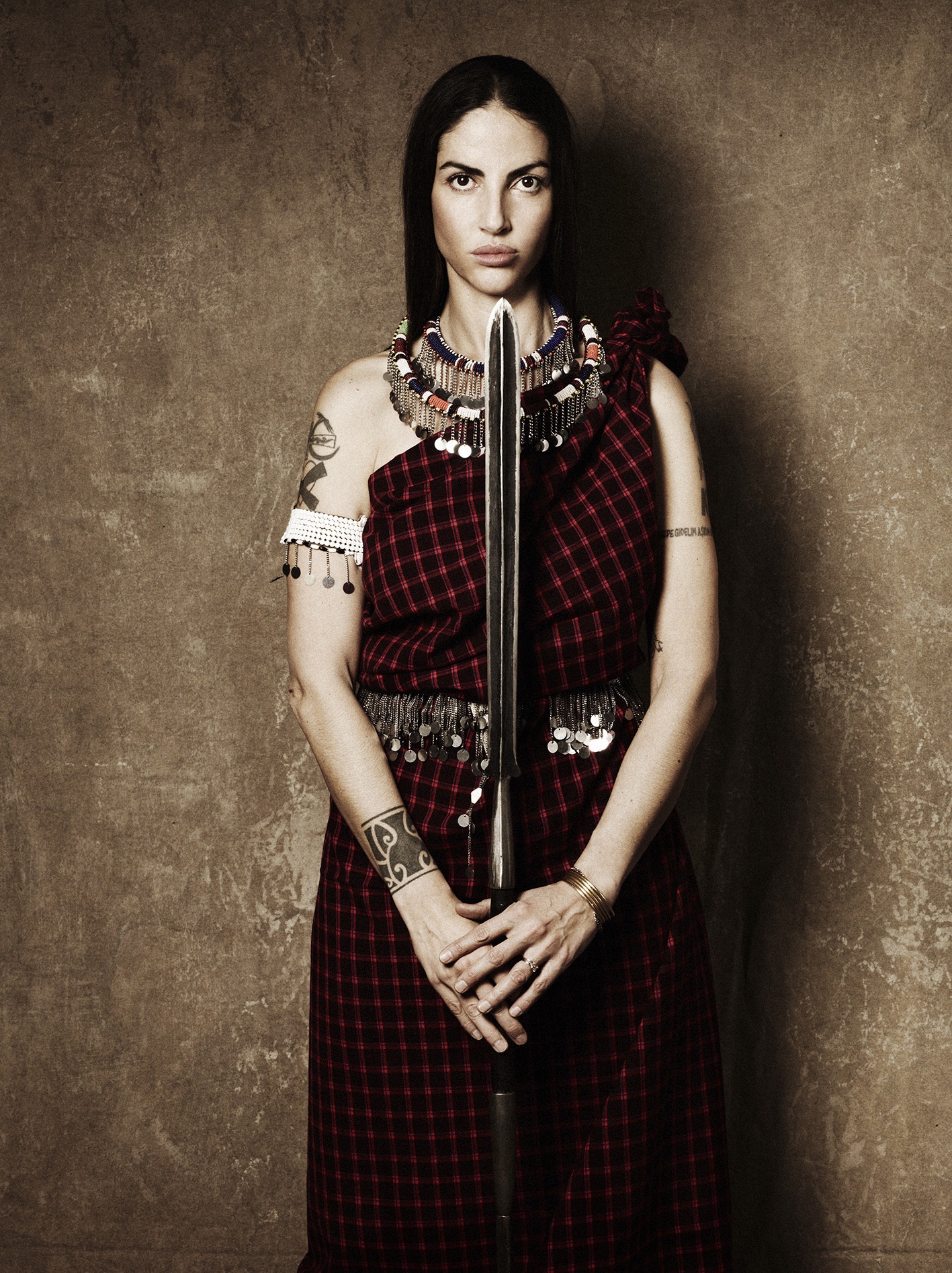 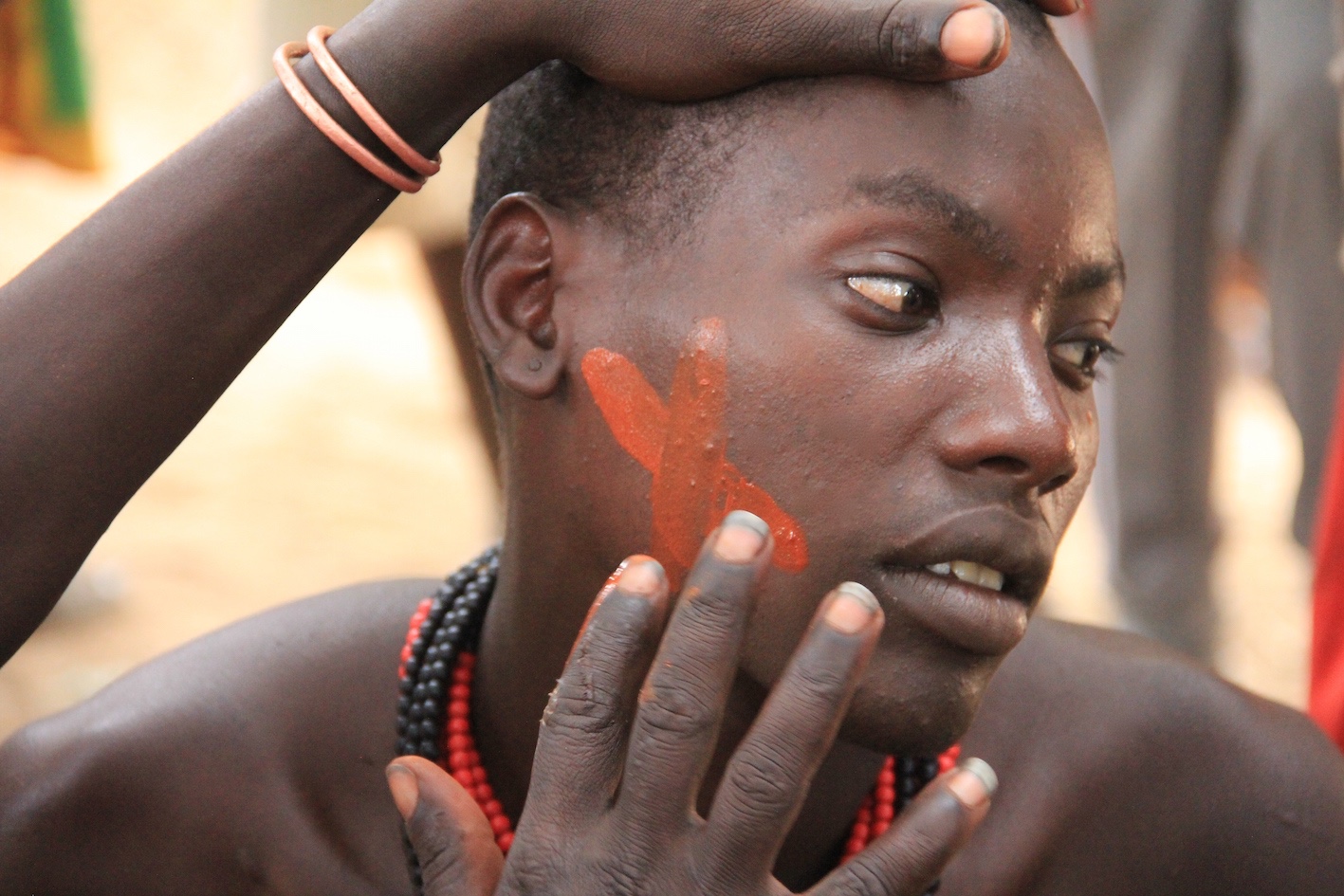 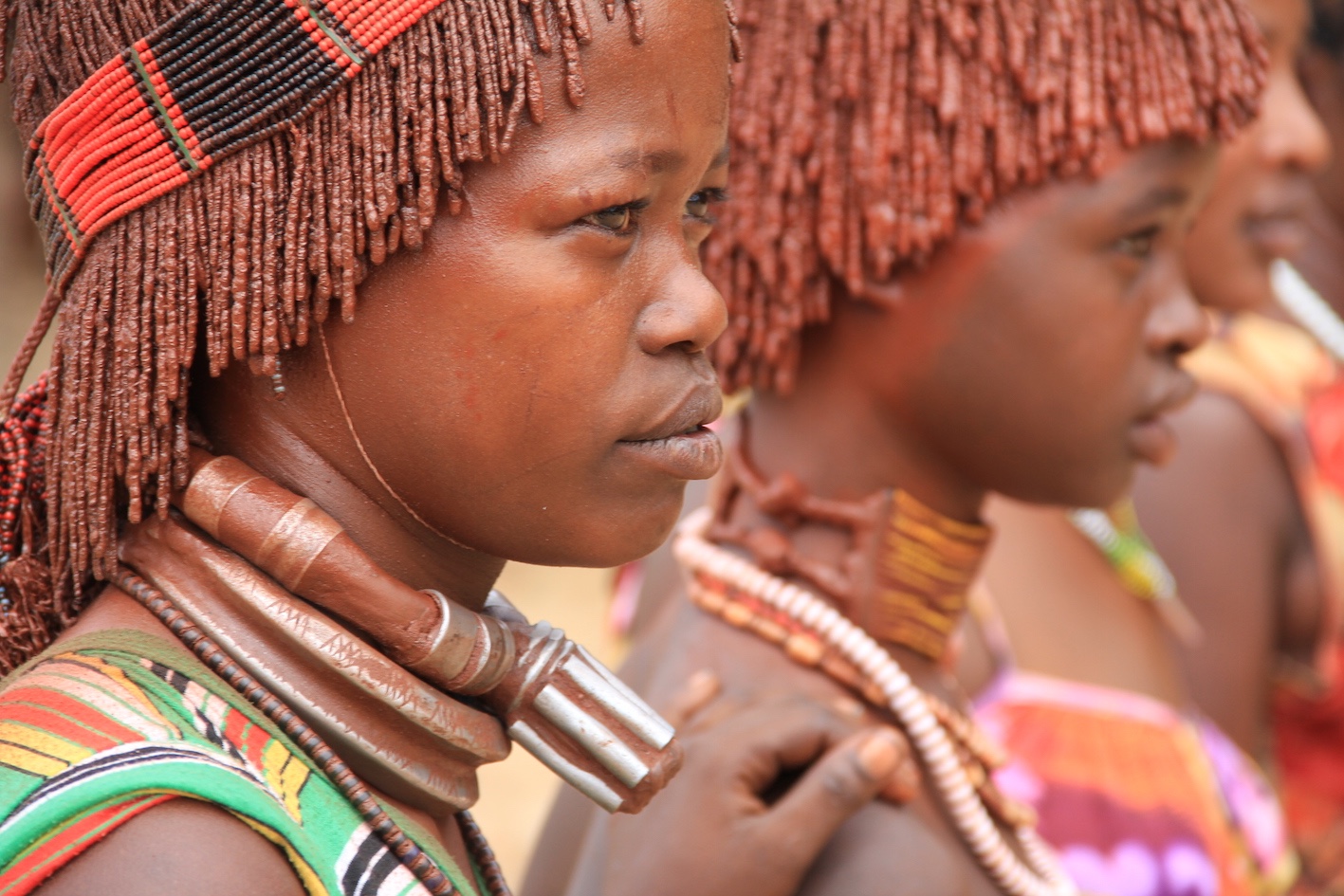 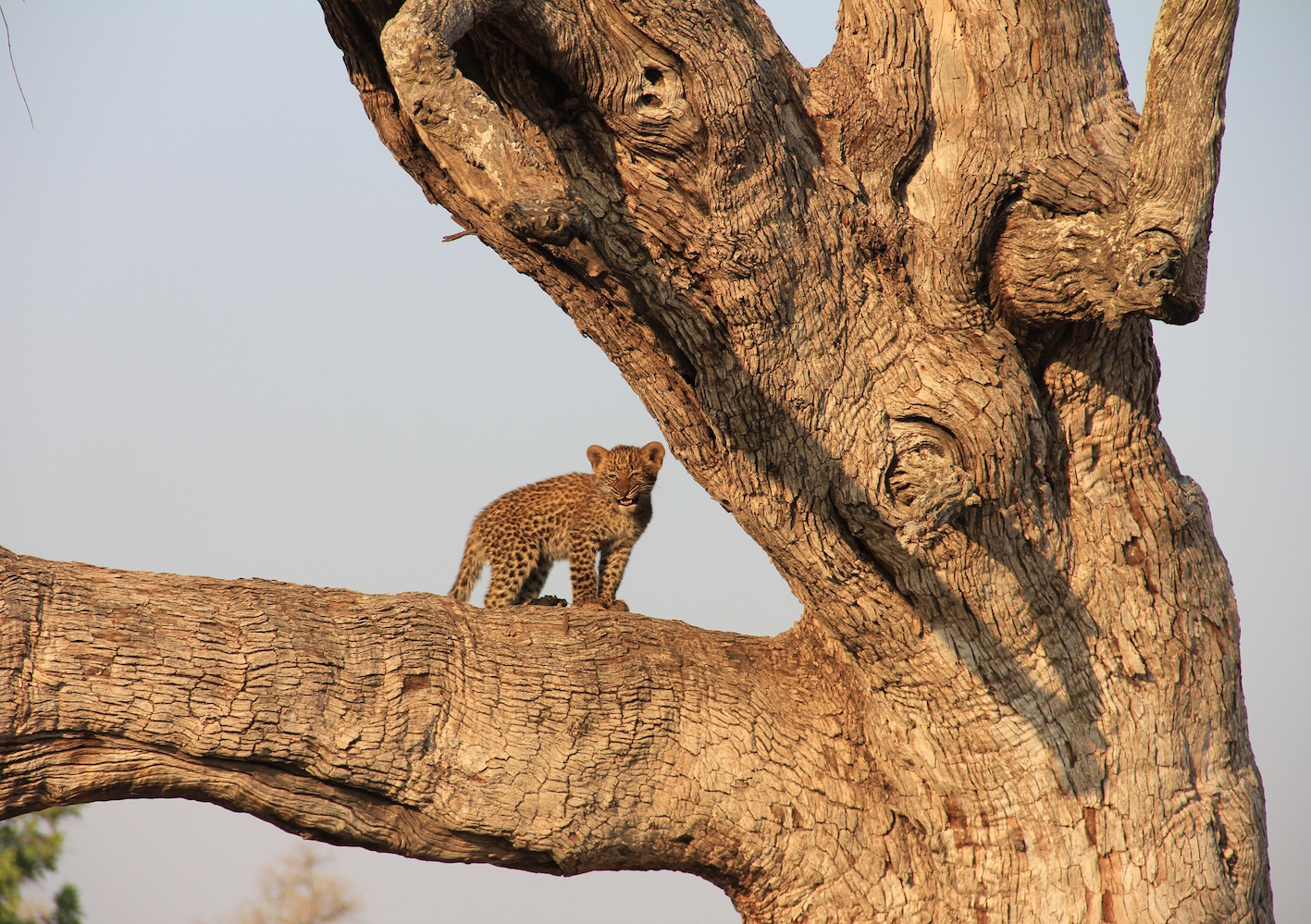 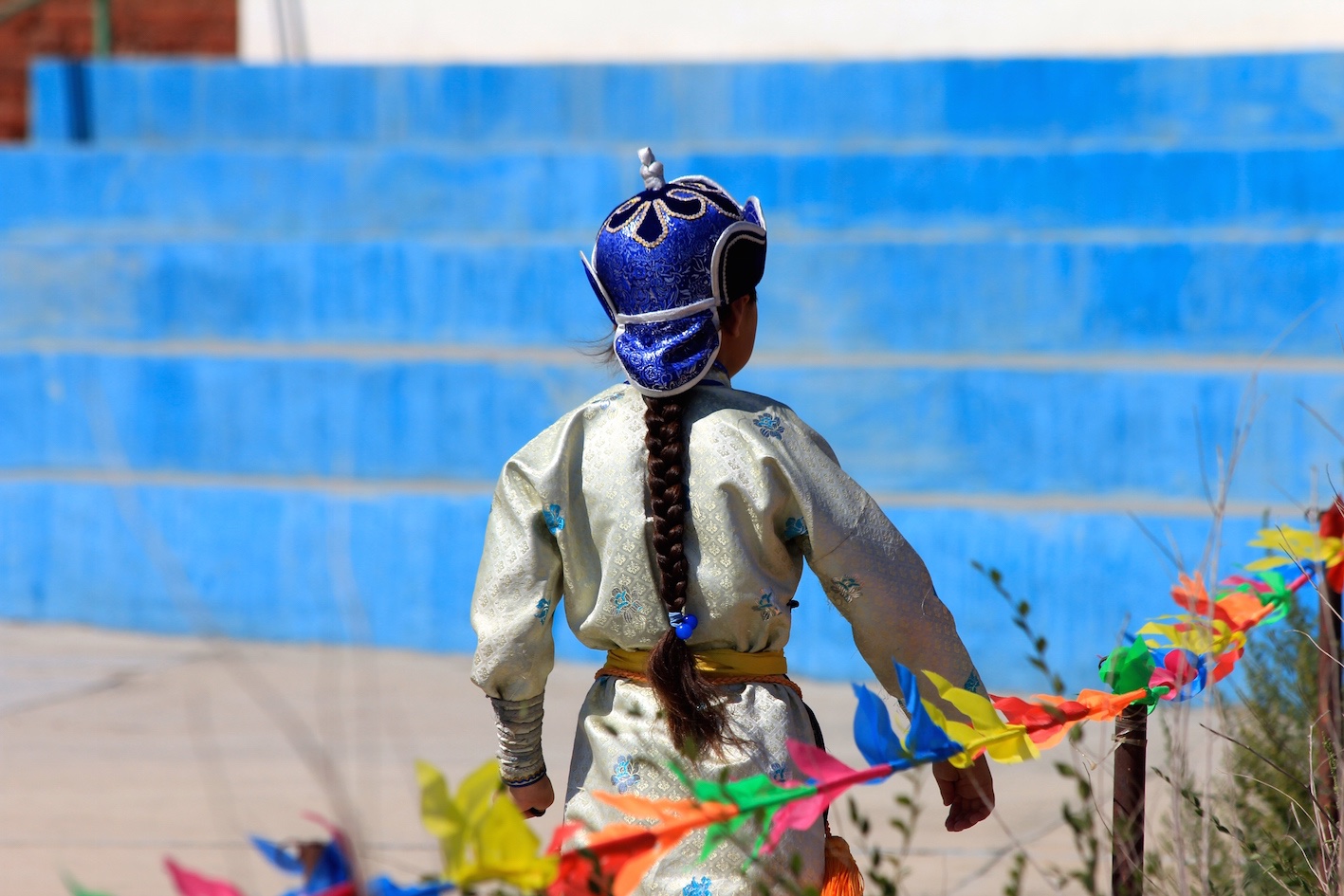 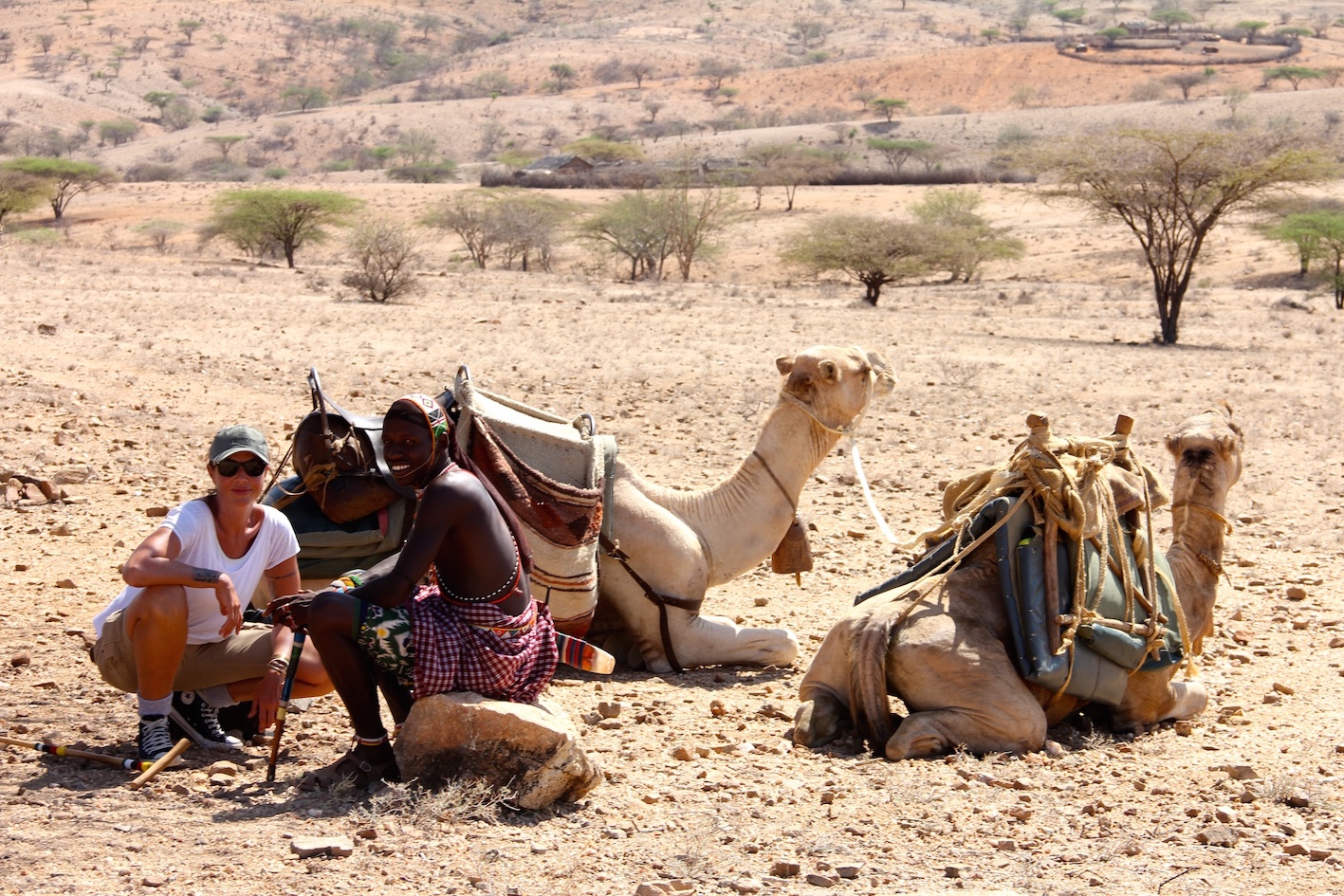 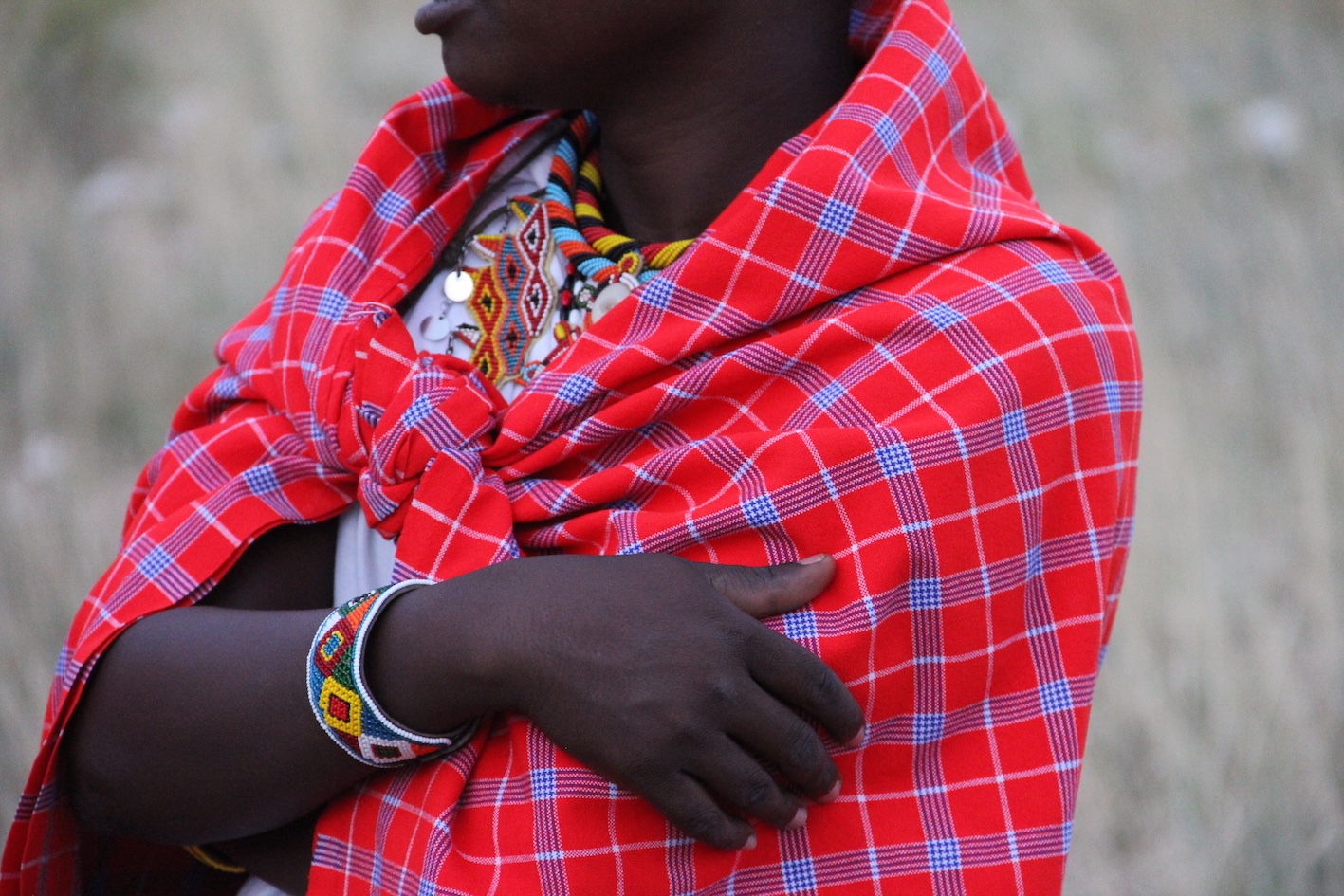 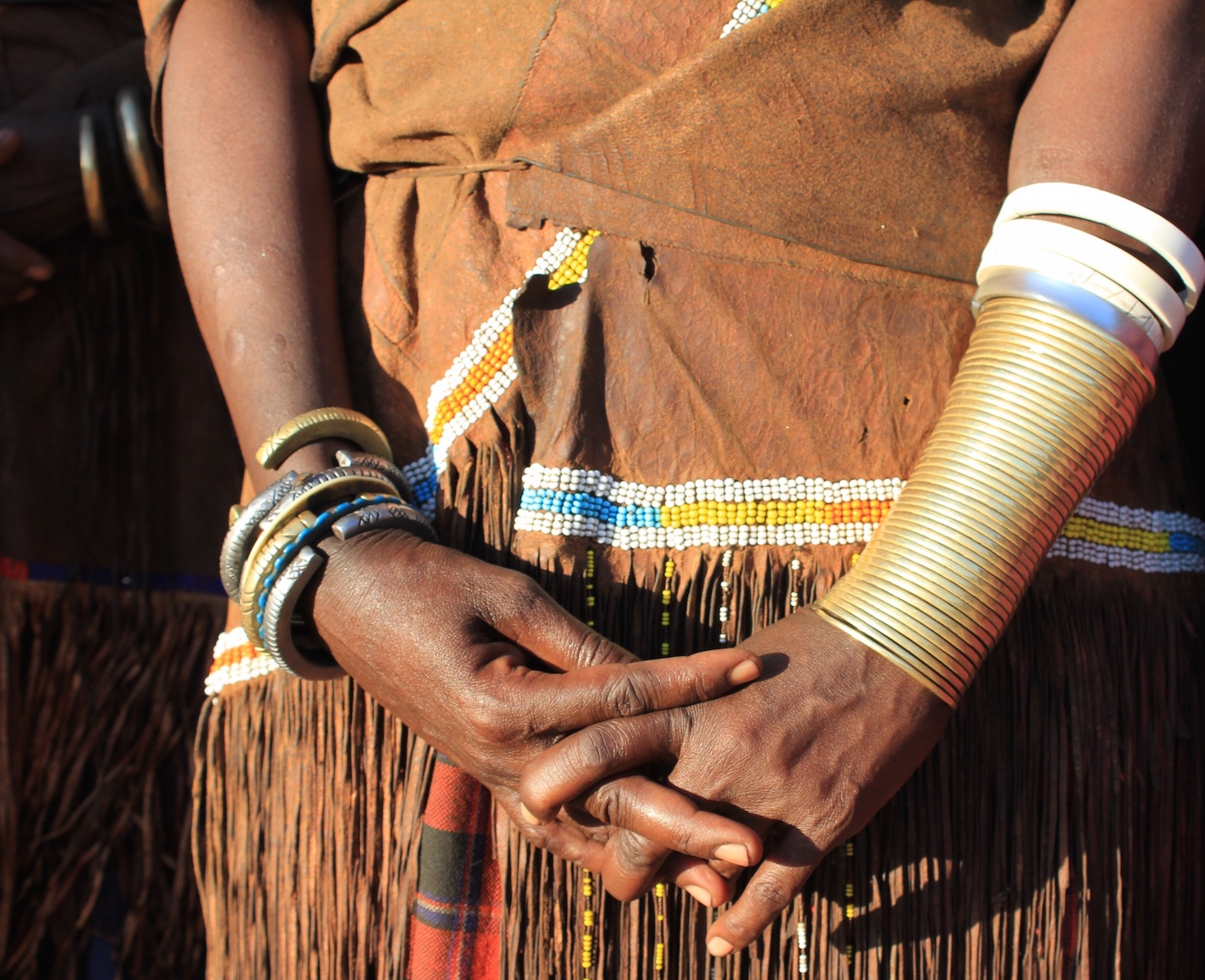 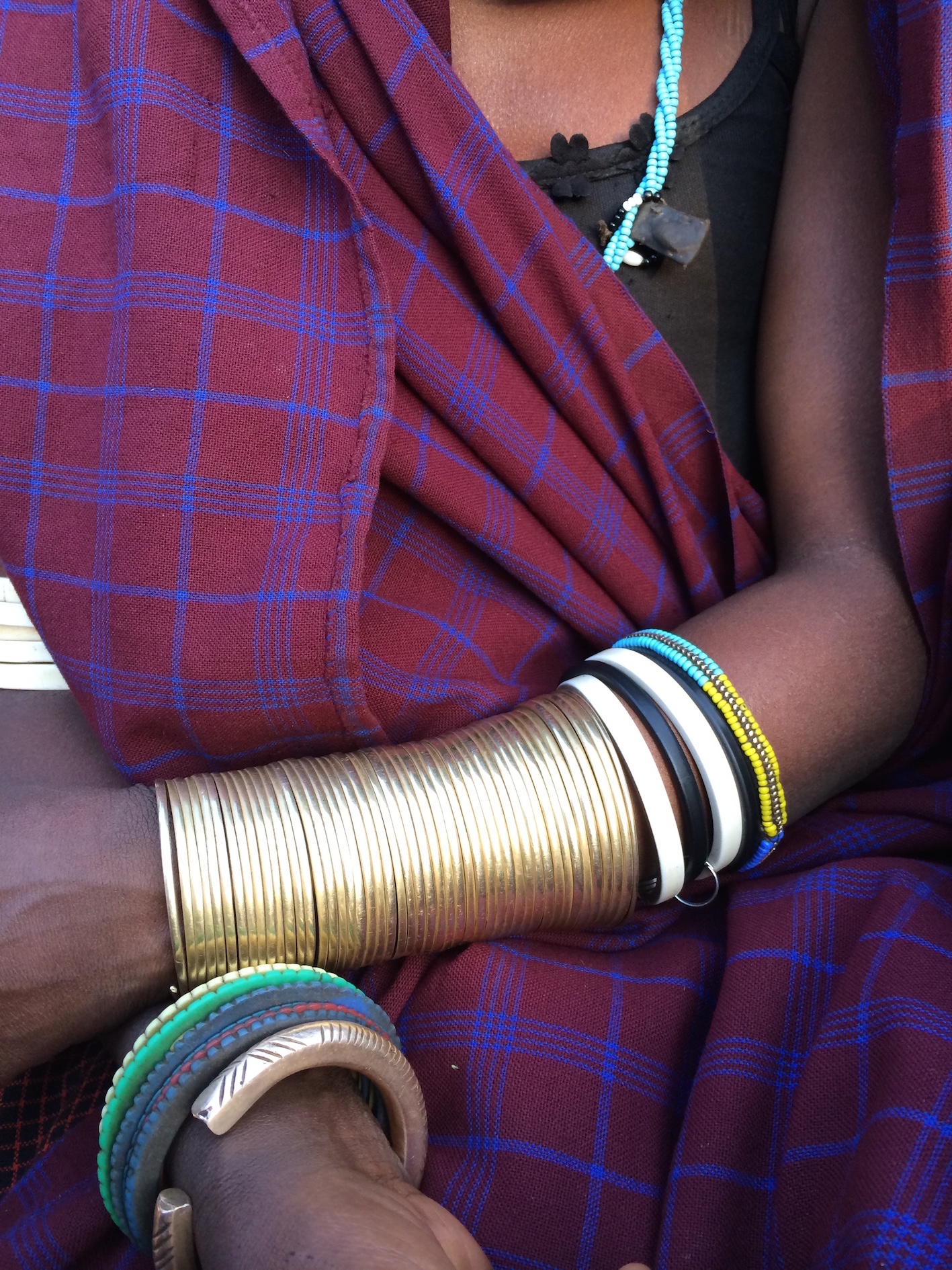 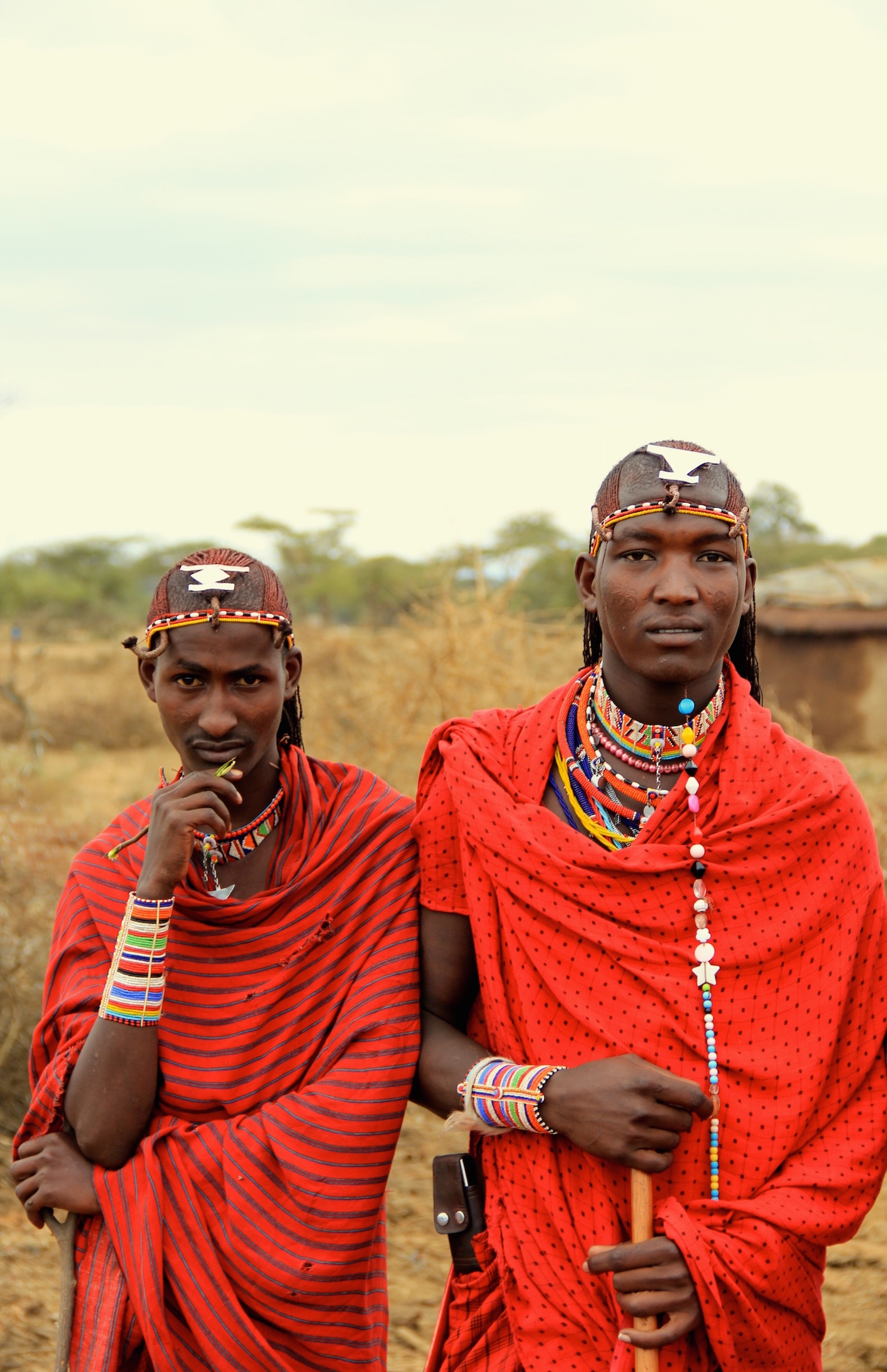