After cars, watches. Rob Dickinson, the founder and head of Singer Vehicle Design, has set up Singer Reimagined, a Geneva-based spinoff of the Californian company, in collaboration with the designer Marco Borraccino. The aim: to rethink the chronograph, i.e. the instrument used as a stopwatch that used to be indispensable to the timing of sporting competitions (although it has now been totally supplanted in this field by digital devices), but also useful in monitoring various everyday activities, such as the length of your commute from home to work and timing the cooking of food. However, the chronograph has remained essentially unchanged since the moment of its invention, in the early decades of the 19th century: with those auxiliary counters on the dial that serve to display the duration of a particular phenomenon but which, let’s face it, are too small to permit an easy reading of the measurement made. That’s how it has always been, at least up until last year, when the Singer Track1 came out. A revolutionary chronograph, because it offers an unprecedented way of measuring short intervals of time: completely new and natural, simpler and more immediate than usual. In practice, the passage of hours and minutes is no longer read on the customary separate counters, but by means of the central hands (mounted coaxially with the second hand of the chronograph, the only detail to retain its traditional position). It’s a bit as if the chronograph hours and minutes were integrated in a single central totalizer, which in reality is the watch itself, a sort of watch within the watch. The “normal” information on the time of day is instead displayed on two discs rotating around the periphery of the dial, with a fixed indicator that marks the hours on the outer ring and the minutes on the inner one. It is also worth noting the presence of the tachymeter scale on the réhaut, the ring between the dial and the bezel (in a contrasting color) that separates the central stopwatch area from the outer timekeeper. 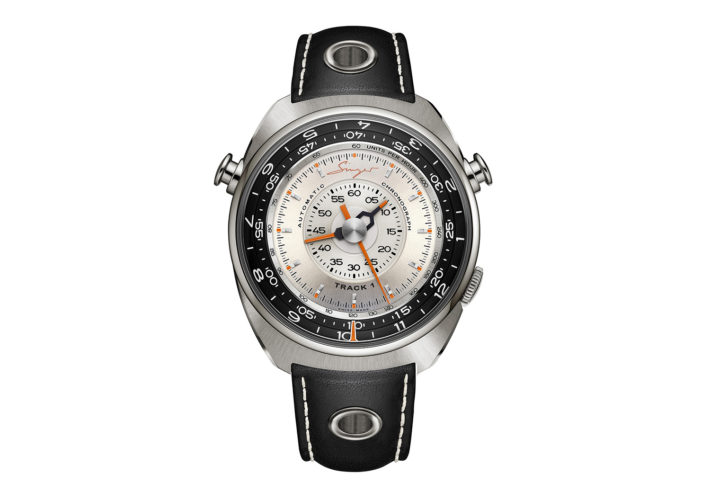 At the base of this original technical solution lies an extremely innovative self-winding mechanical movement. Called AgenGraphe, it has been developed by one of the most brilliant minds in contemporary watchmaking, Jean-Marc Wiederrecht, who took ten long years to perfect it in collaboration with the designers at Agenhor. With 477 components, mounted on 67 rubies, the movement’s complexity is evident at first glance. It’s enough to take a look through the sapphire crystal back to see a staggering concentration of wheels, bridges, levers, cams and gear trains, all decorated by hand in line with the principles of the finest horology. A view facilitated by the unusual position of the oscillating weight, hidden beneath the dial, i.e. shifted to the opposite side of the movement to the standard one (another distinctive detail of the Singer Track1). Among its many other characteristics, the power reserve of 60 hours, the column wheel for control of the chronograph functions and the special device that permits a “soft” start of the stopwatch are at least worth a mention. From the aesthetic point of view, the ergonomic tonneau-shaped case (43 mm in diameter) echoes the design of the 1960s and ’70s: with the crown at 4 o’clock integrated into the case band so as not to mar the formal balance or hamper the movements of the wearer’s hand and the two pump pushers that activate the chronograph located symmetrically at 10 and 2 o’clock (another distinctive feature of the watch). All the surfaces are clearly defined by the alternation of brushed and shiny finishes, the latter polished almost to a mirror. Made of grade 5 titanium at the moment of its launch, the Singer Track1 has been produced in two more versions this year (both with a more essential dial): the Geneva Edition in yellow gold and the Hong Kong Edition in black ceramic-aluminum (crafted by electro-plasma oxidation). In fact it is the company’s policy to create small series bearing the year of production, designed ad hoc for different markets and to meet the demands of the most exacting collectors. 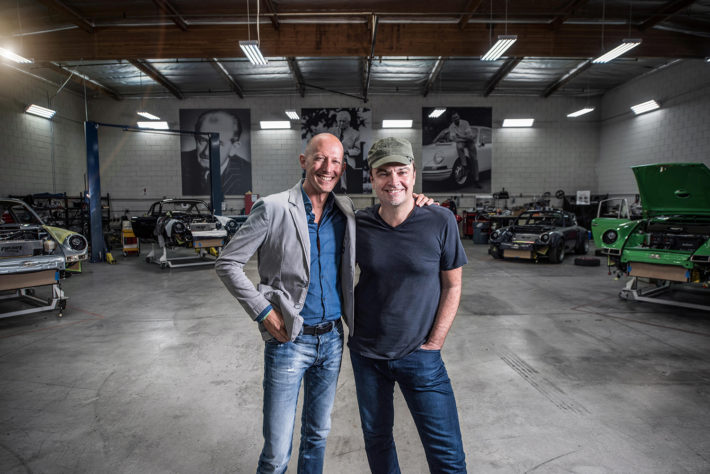 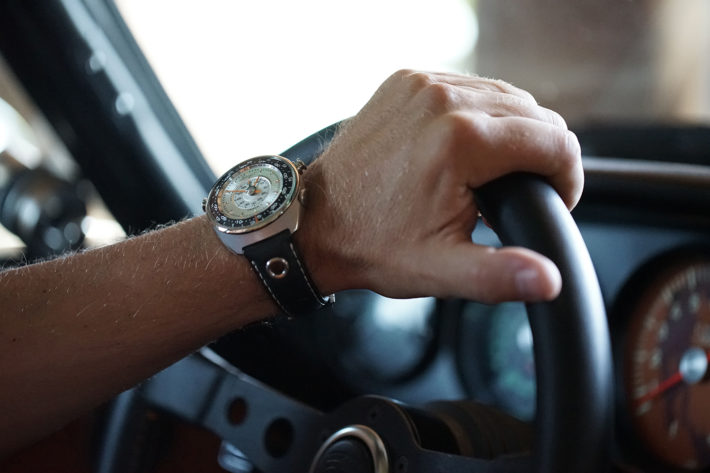 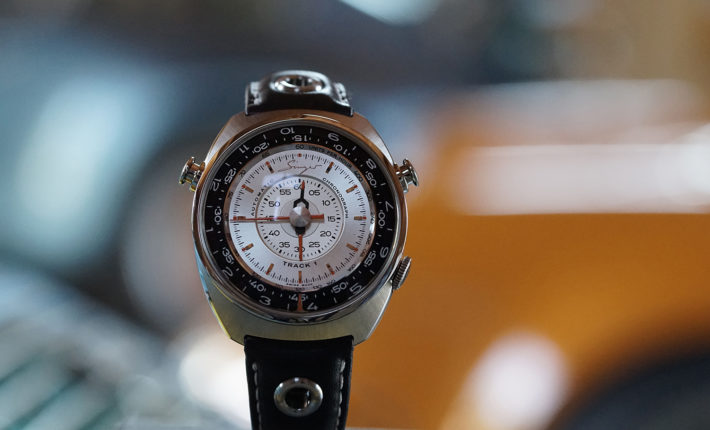 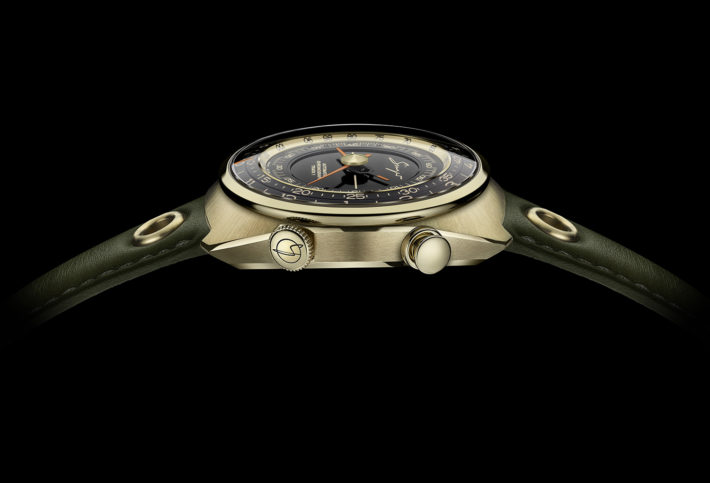 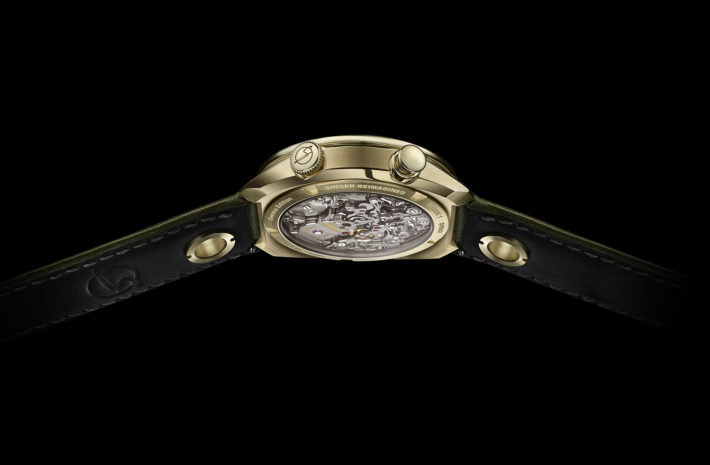 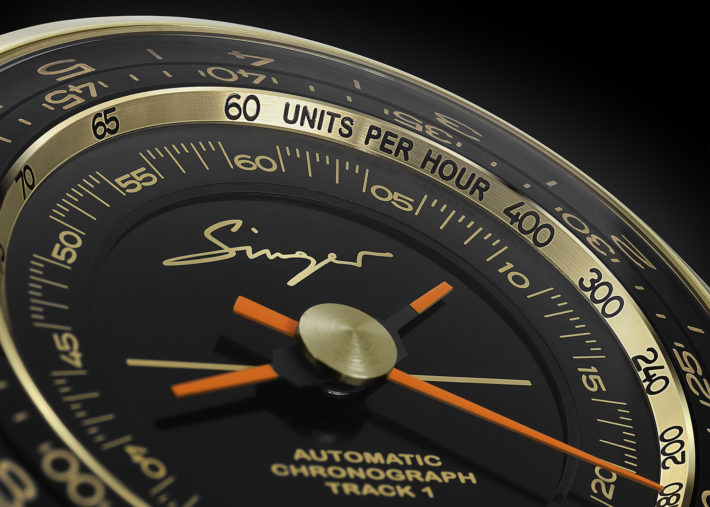 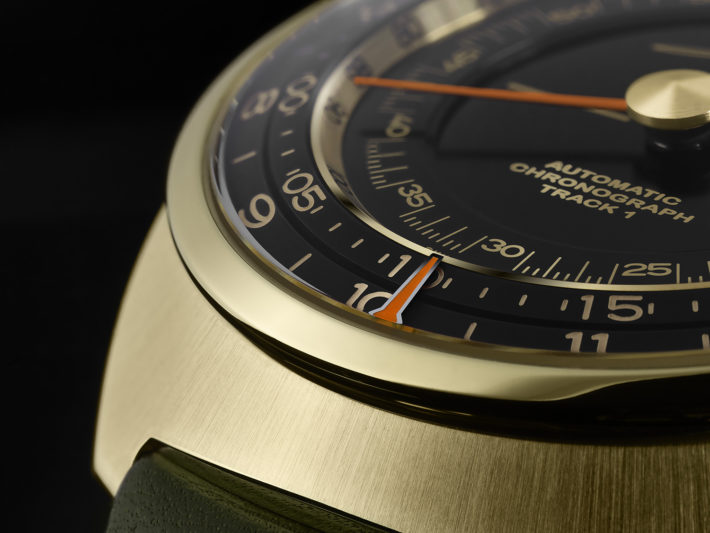 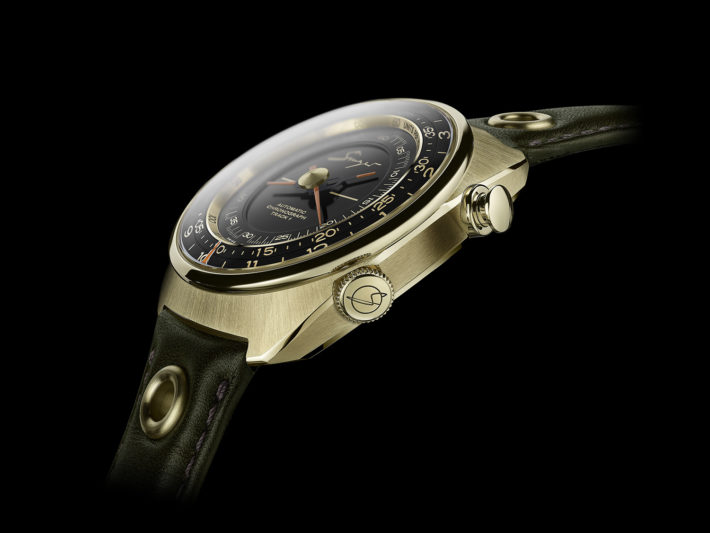 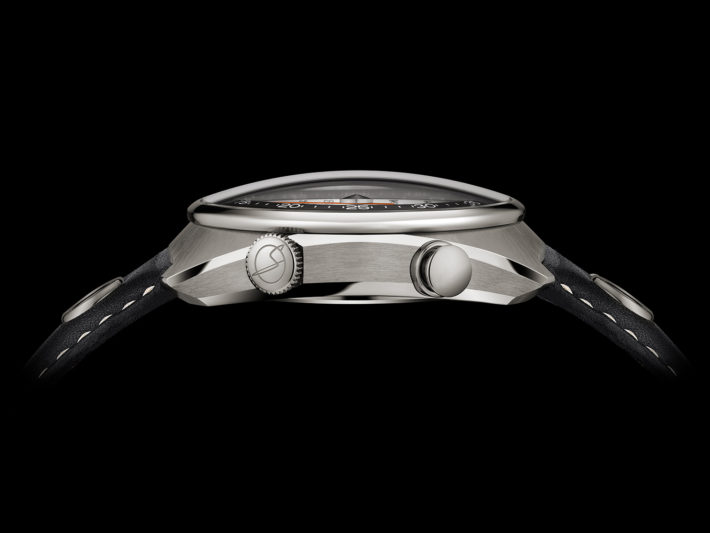 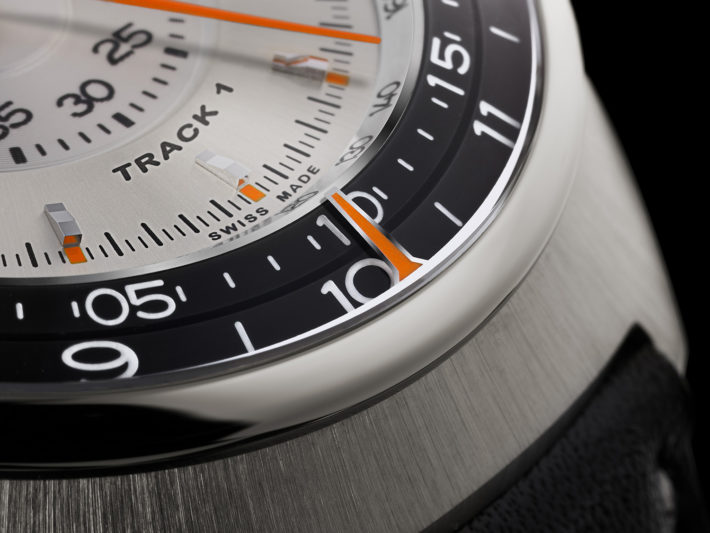 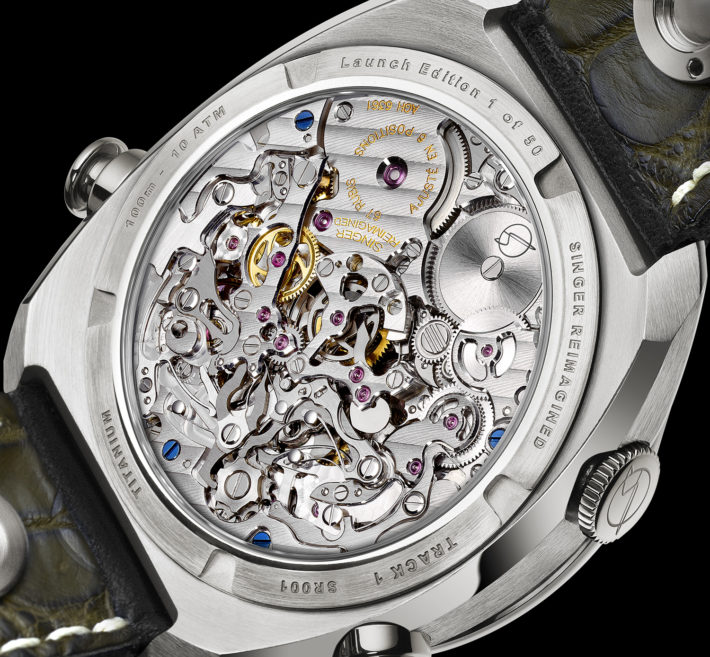 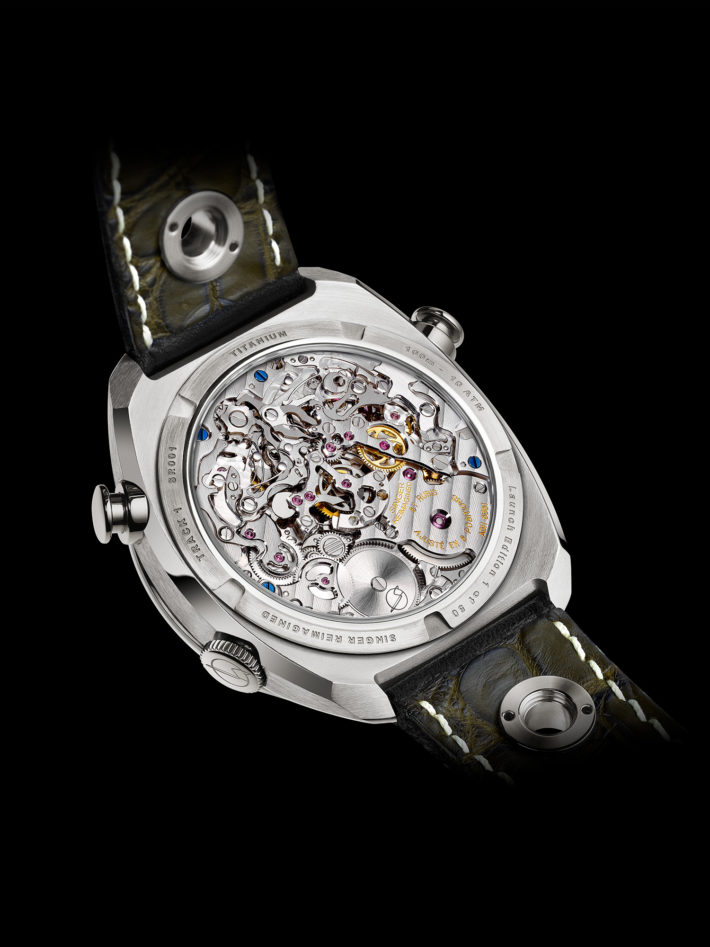 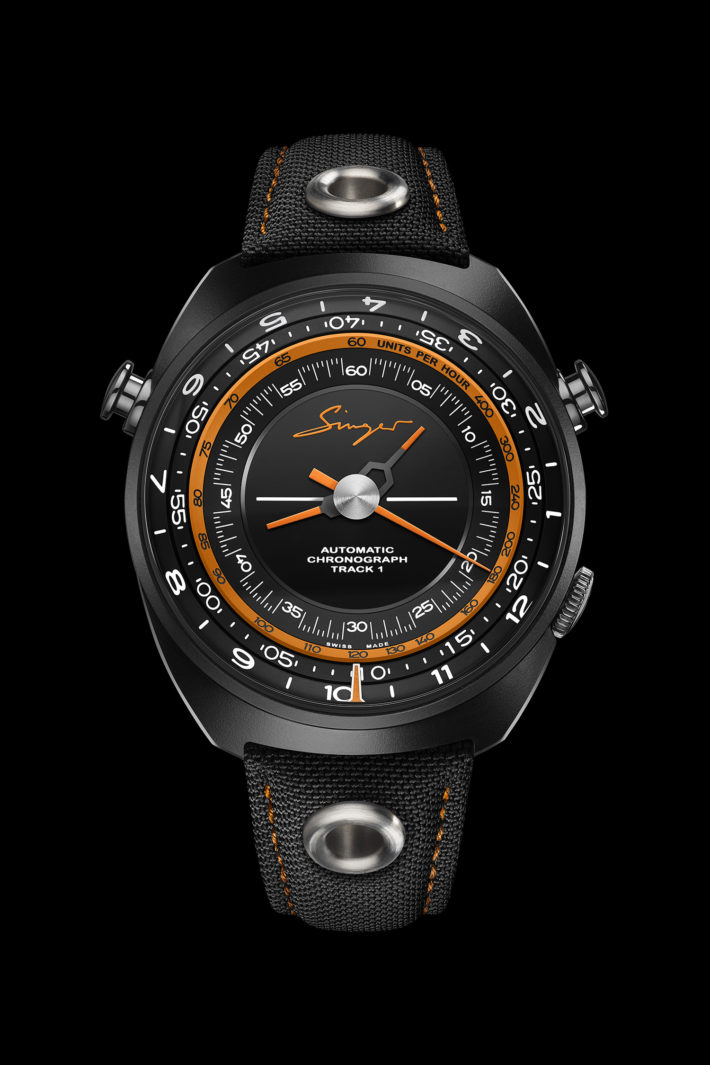 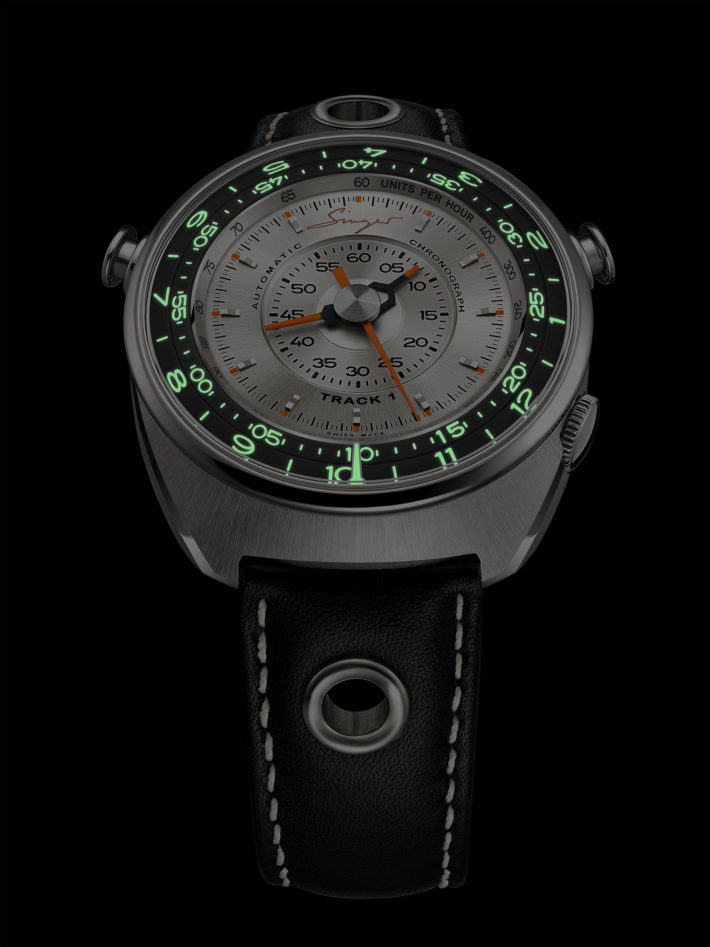 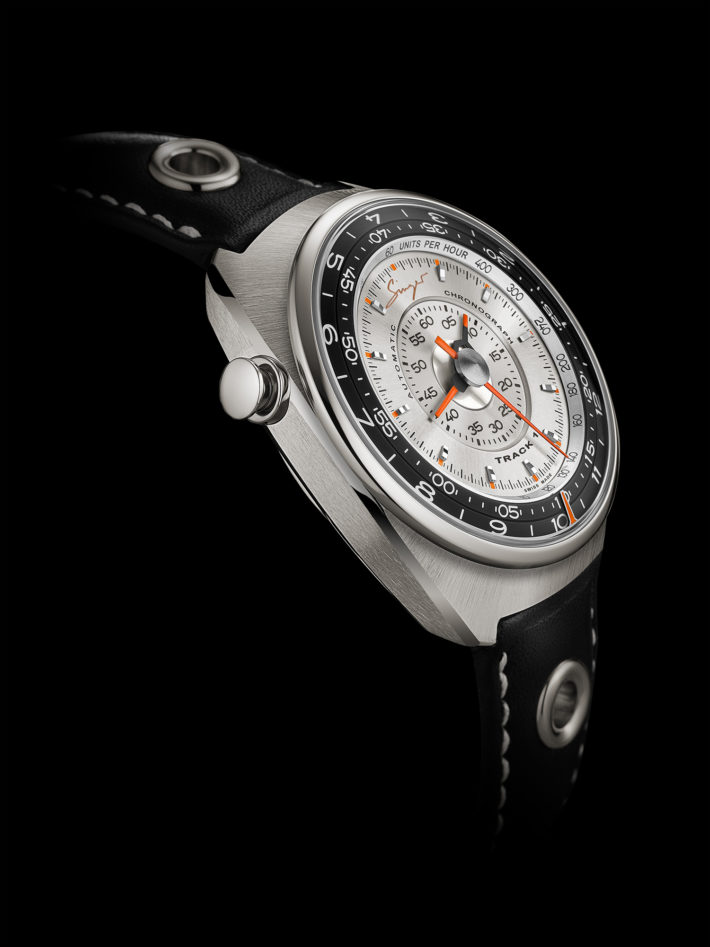 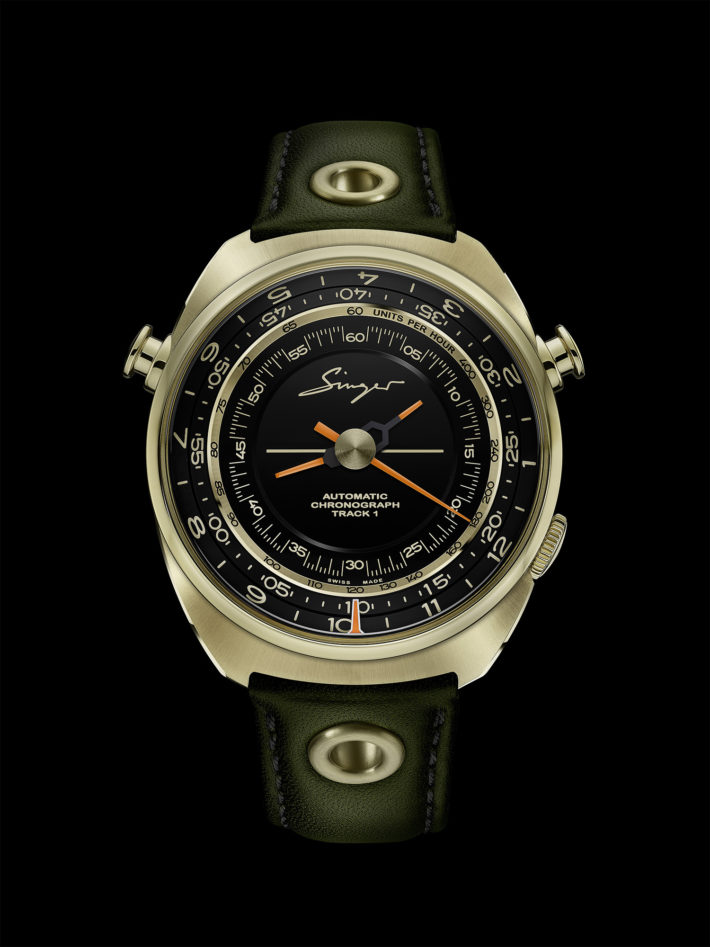 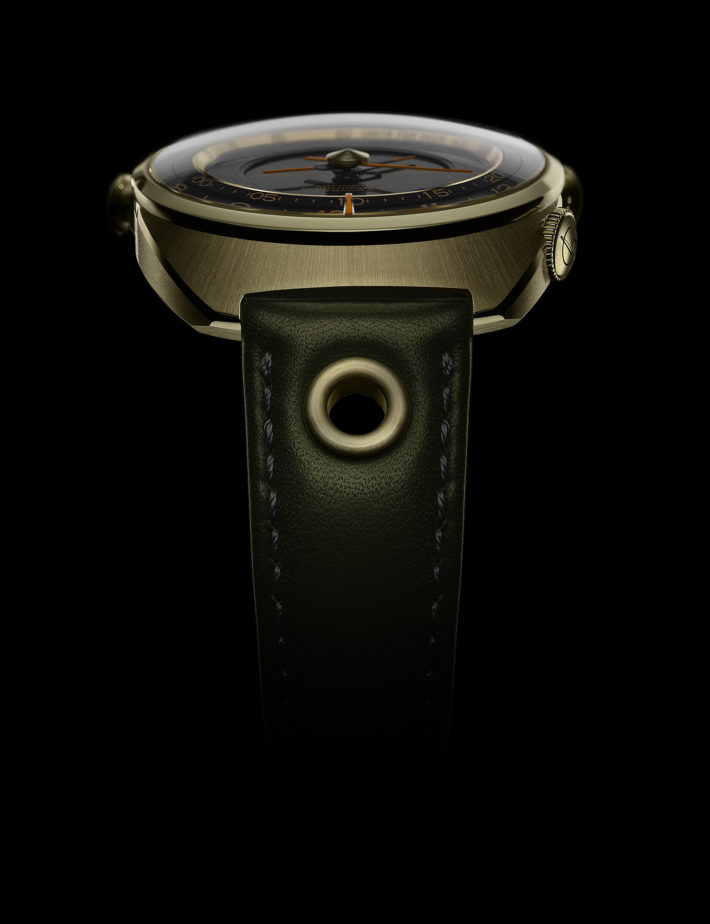