Research into the design of city bikes has led to an ever more drastic reduction in their dimensions, with the aim of making them increasingly portable in the urban jungle, but this has often been at the expense of the two-wheeler’s stability and safety. This was the challenge taken up by Gianluca Sada, born in 1984 and a graduate in automotive engineering from Turin Polytechnic: create a versatile, safe, smart and environmentally sustainable bicycle. The result is called Sada Bike, a prototype developed in Italy at the I3P incubator and presented in 2010 to the graduation commission of the university in Turin. Sada won first prize in the IDEA-TO competition, awarded by the Engineers Association of Turin, and was selected as one of the 200 young talents of Italy by Giorgia Meloni, Minister for Youth until 2011. Spokeless, it can be folded up into a single shoulder backpack or trolley. The Sada Bike is intended for those who have decided to make the bicycle their daily means of transport. The 26-inch wheels and frame can be reduced to a very small size while carried, but this economy of space does not affect its safety when pedaling. The absence of spokes and hubs and the minimal weight of the structure, fitted with a system that allows it to be rapidly folded, make it a design that breaks with traditional schemes, an intelligent upgrade in the field of two-wheeled transport. However, a bit of patience is required before it goes on sale to the public: currently the bicycle is in a phase of re-prototyping, in collaboration with the Turinese studio MGRD. 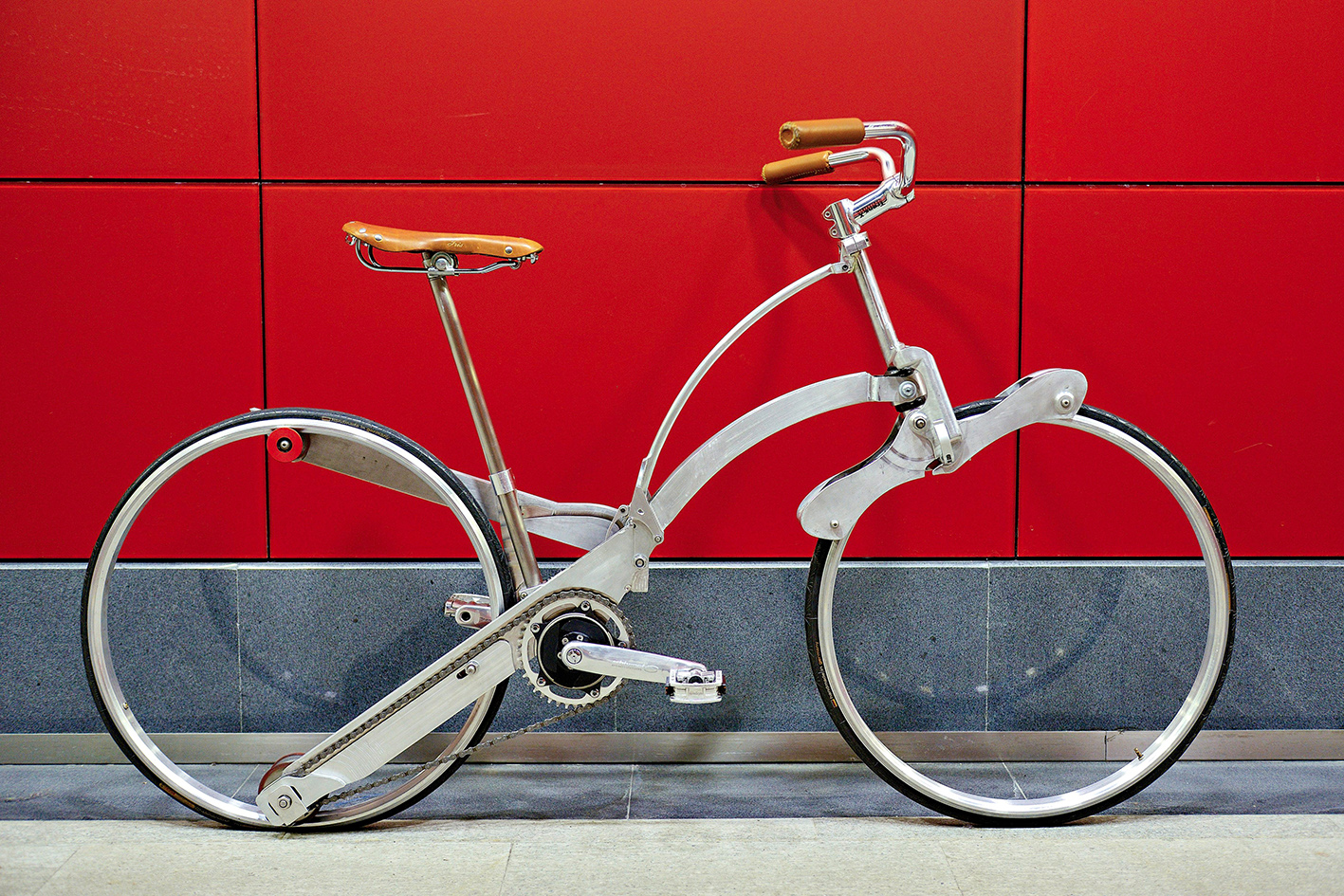 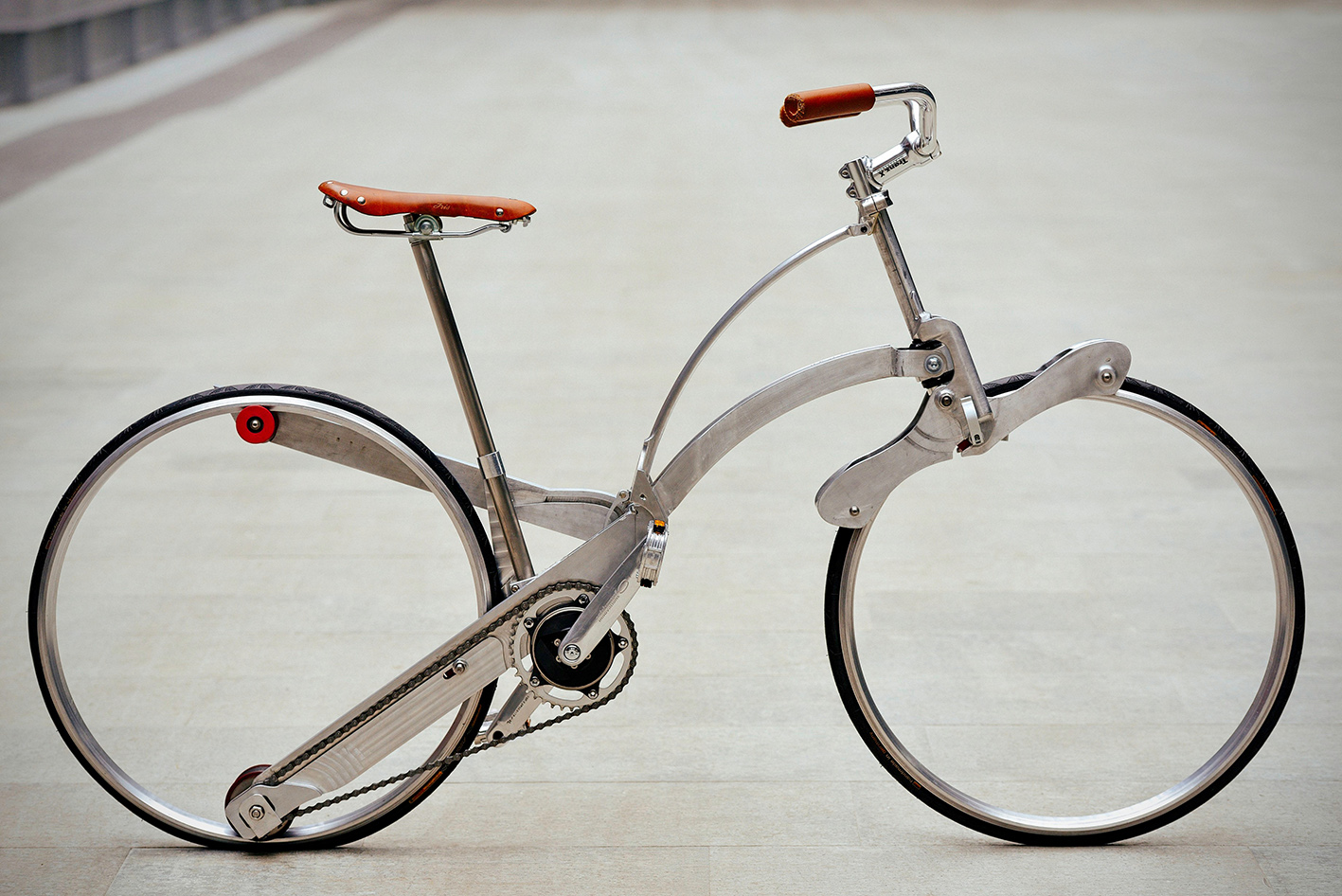 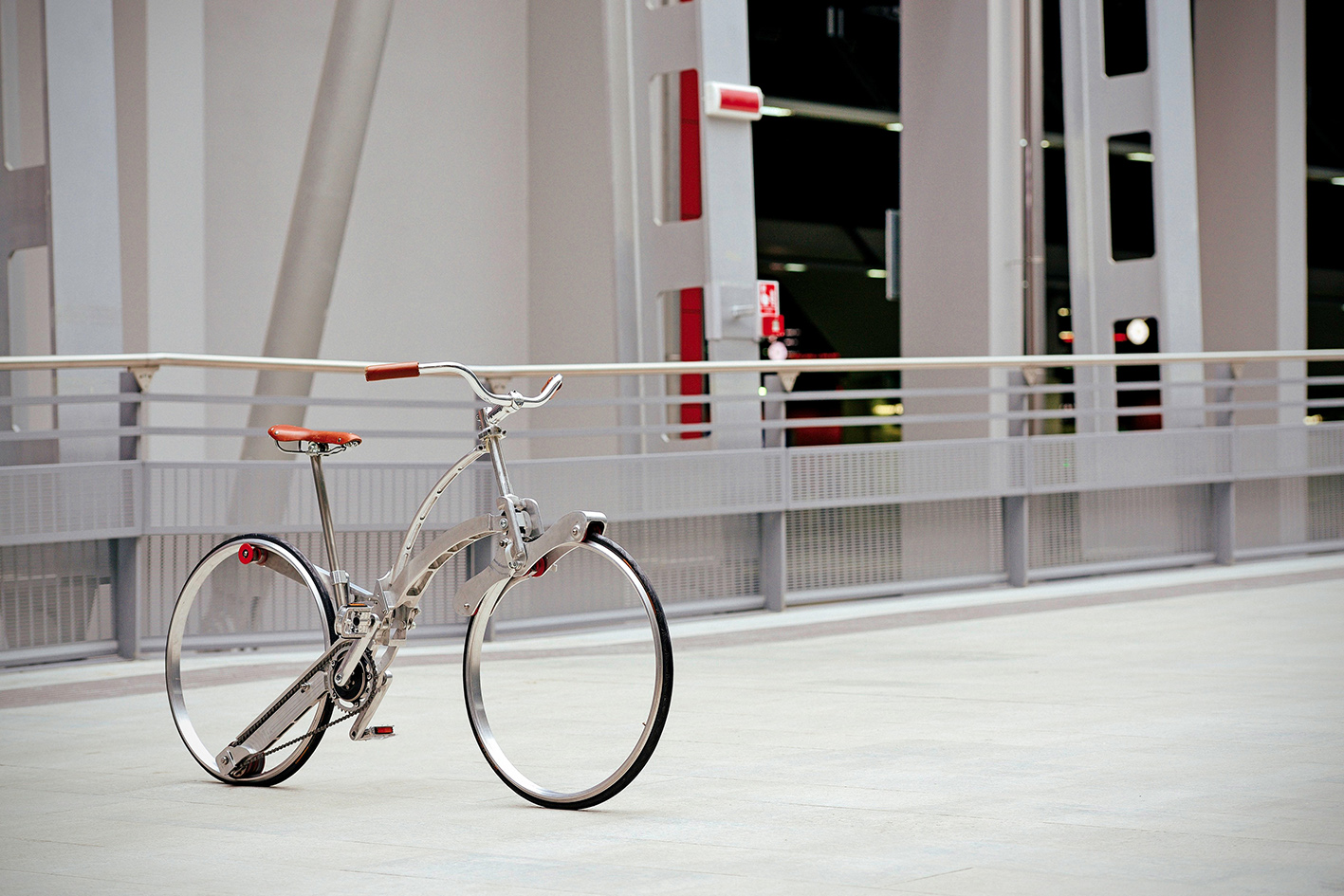 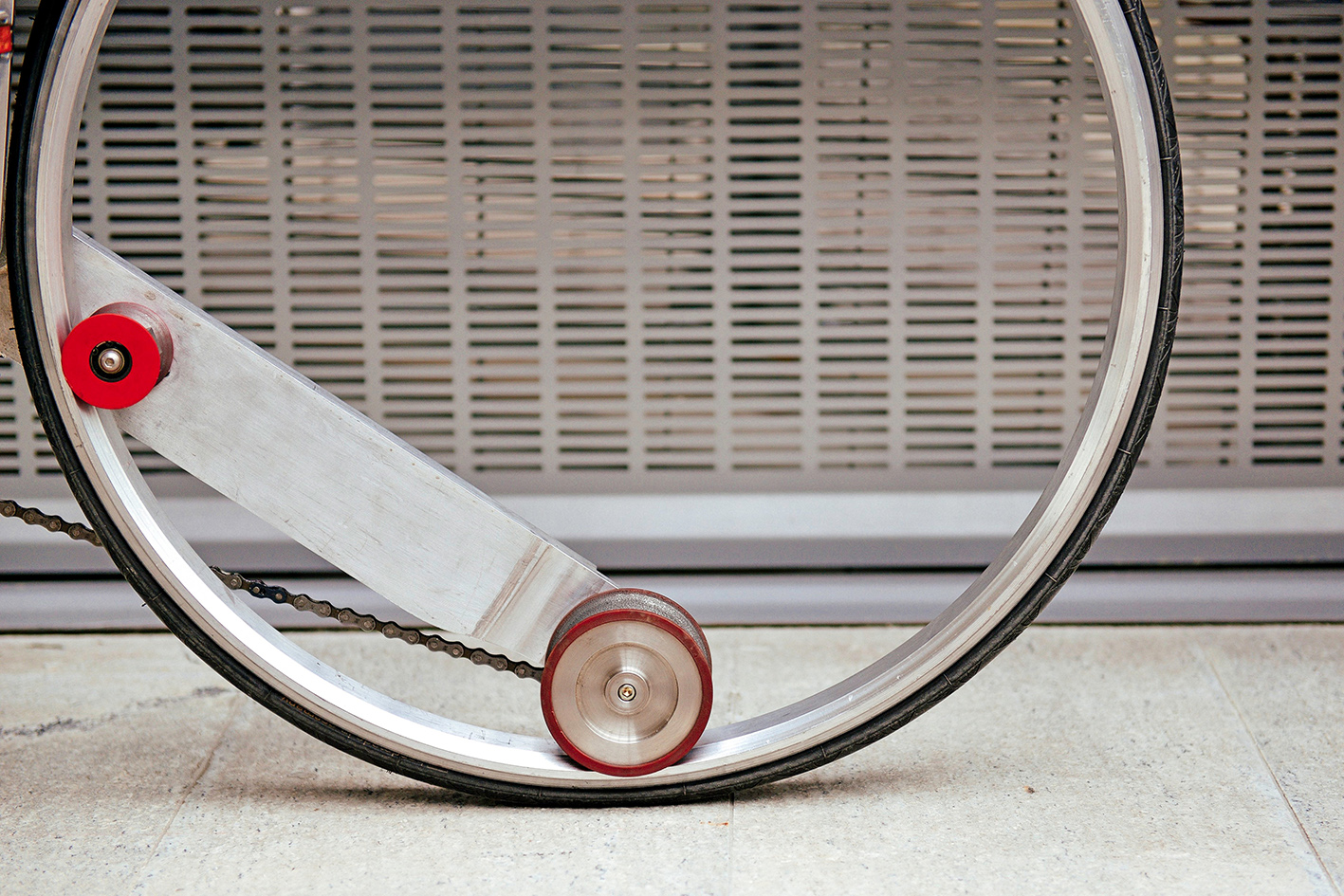 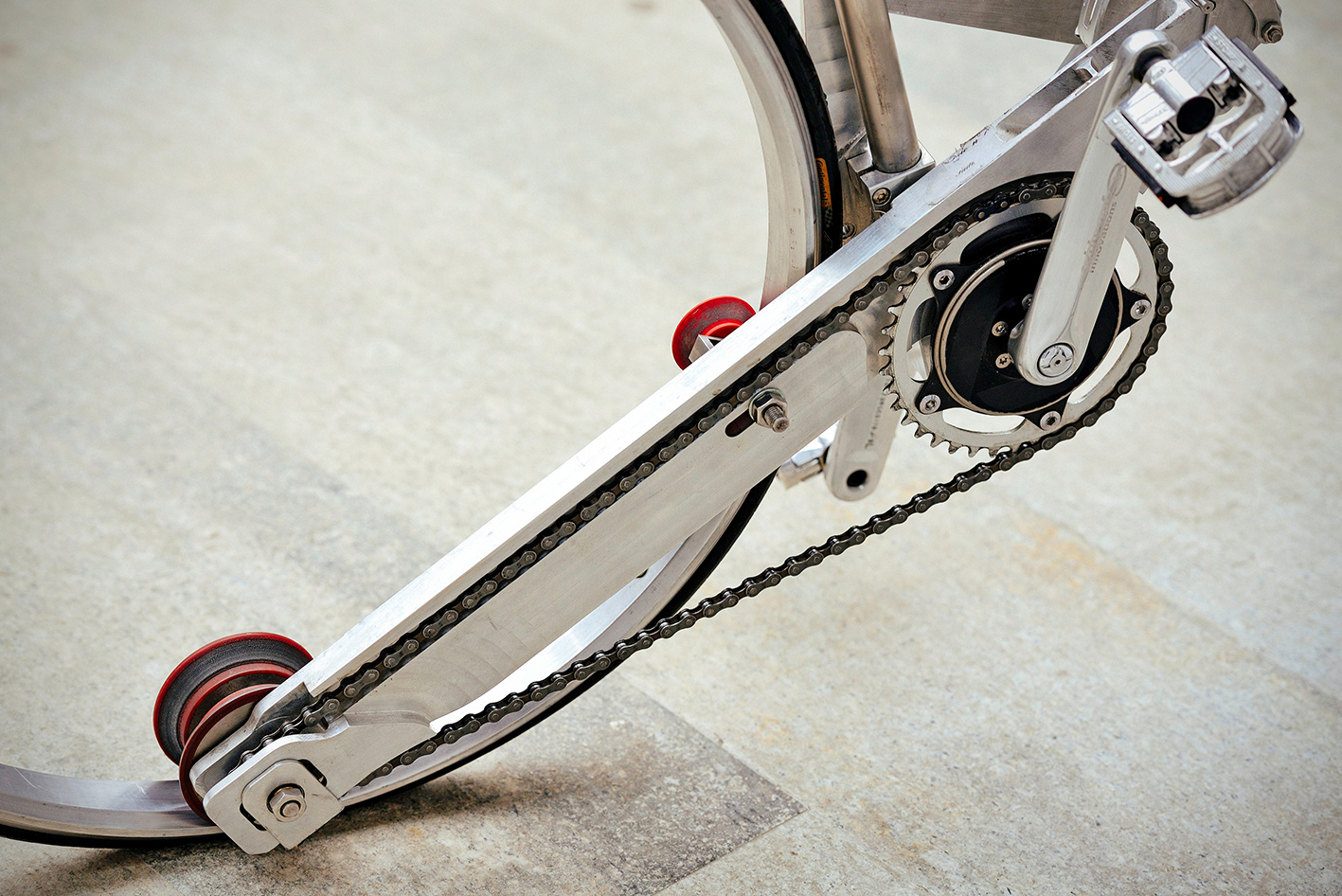 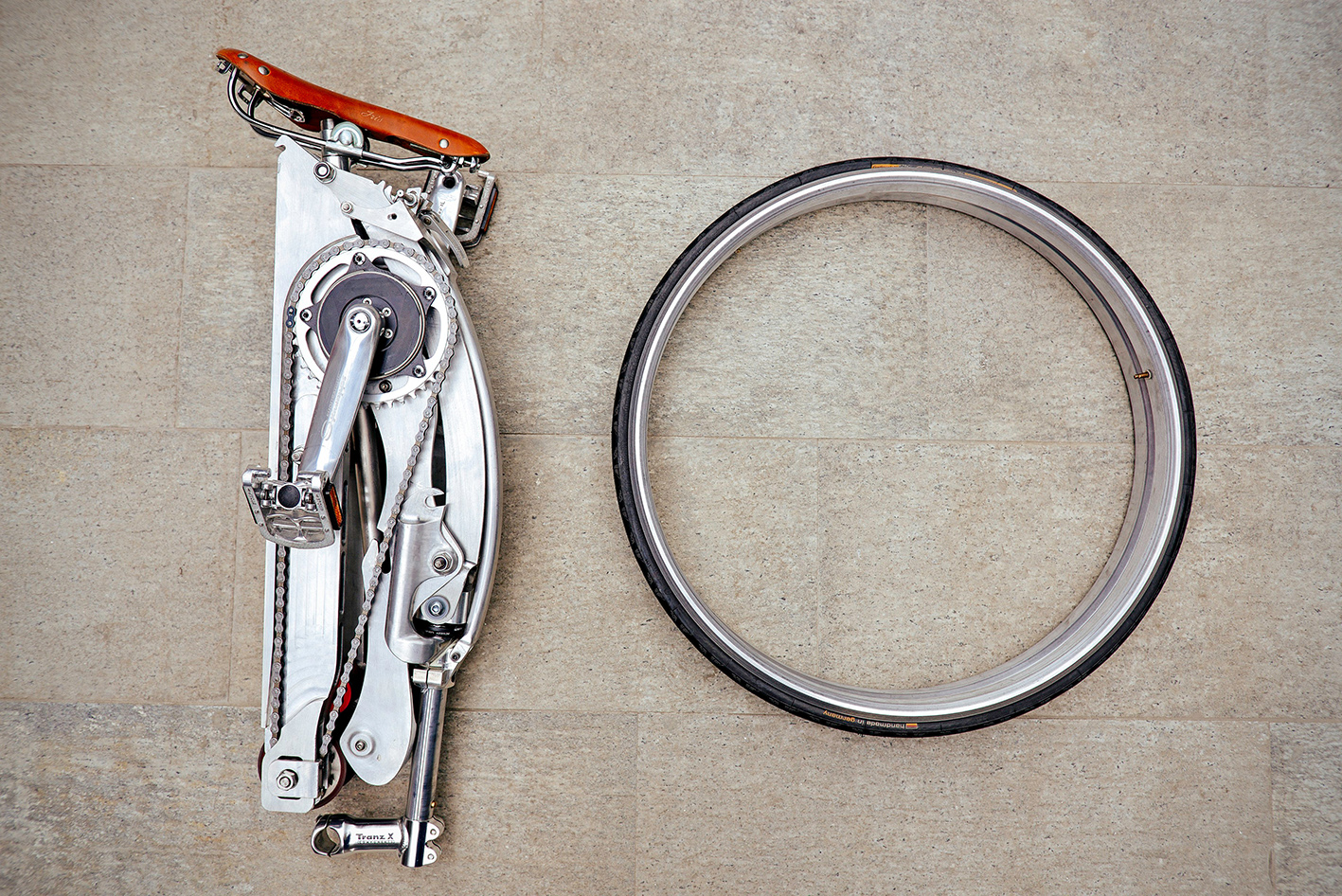 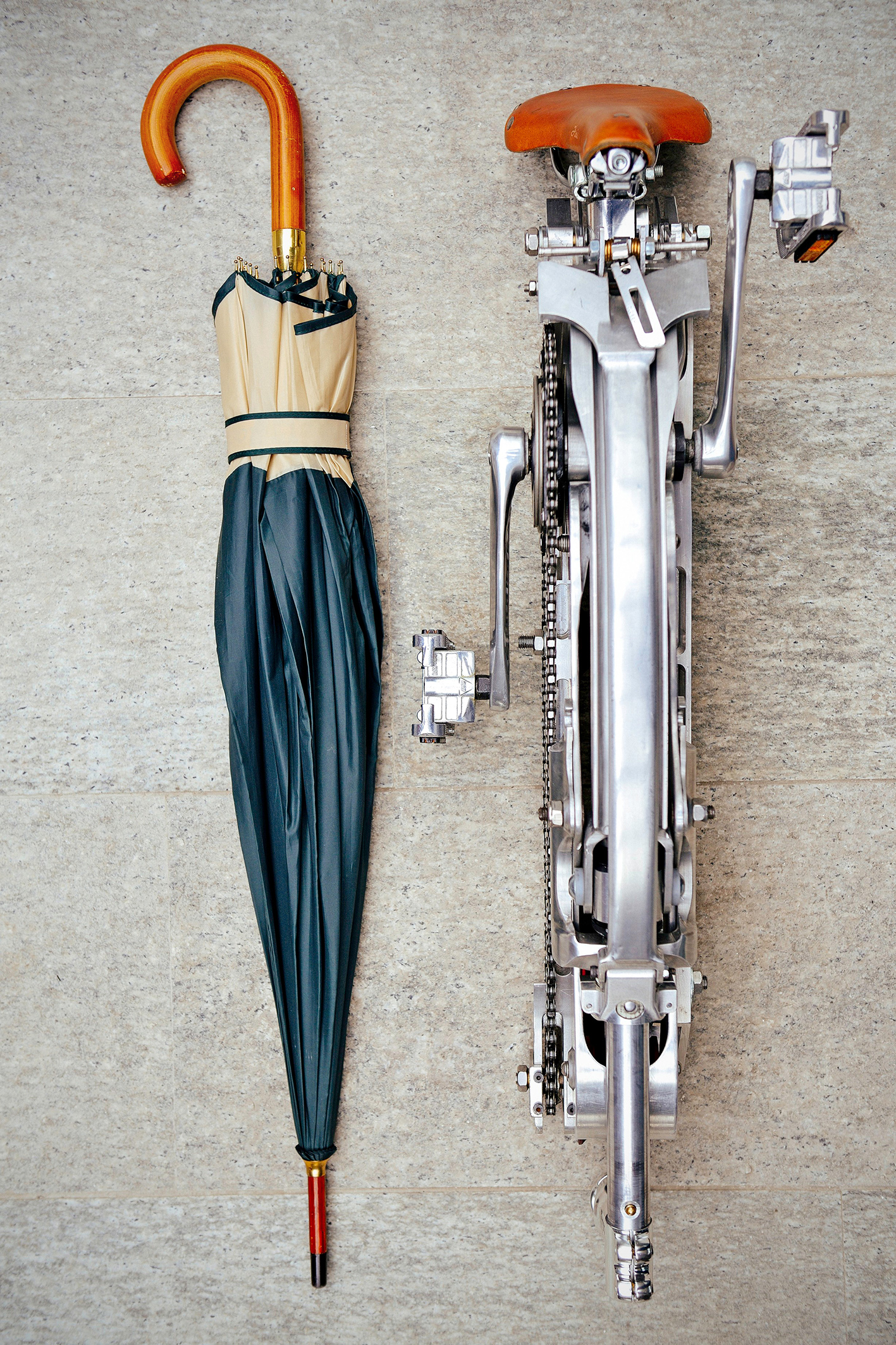 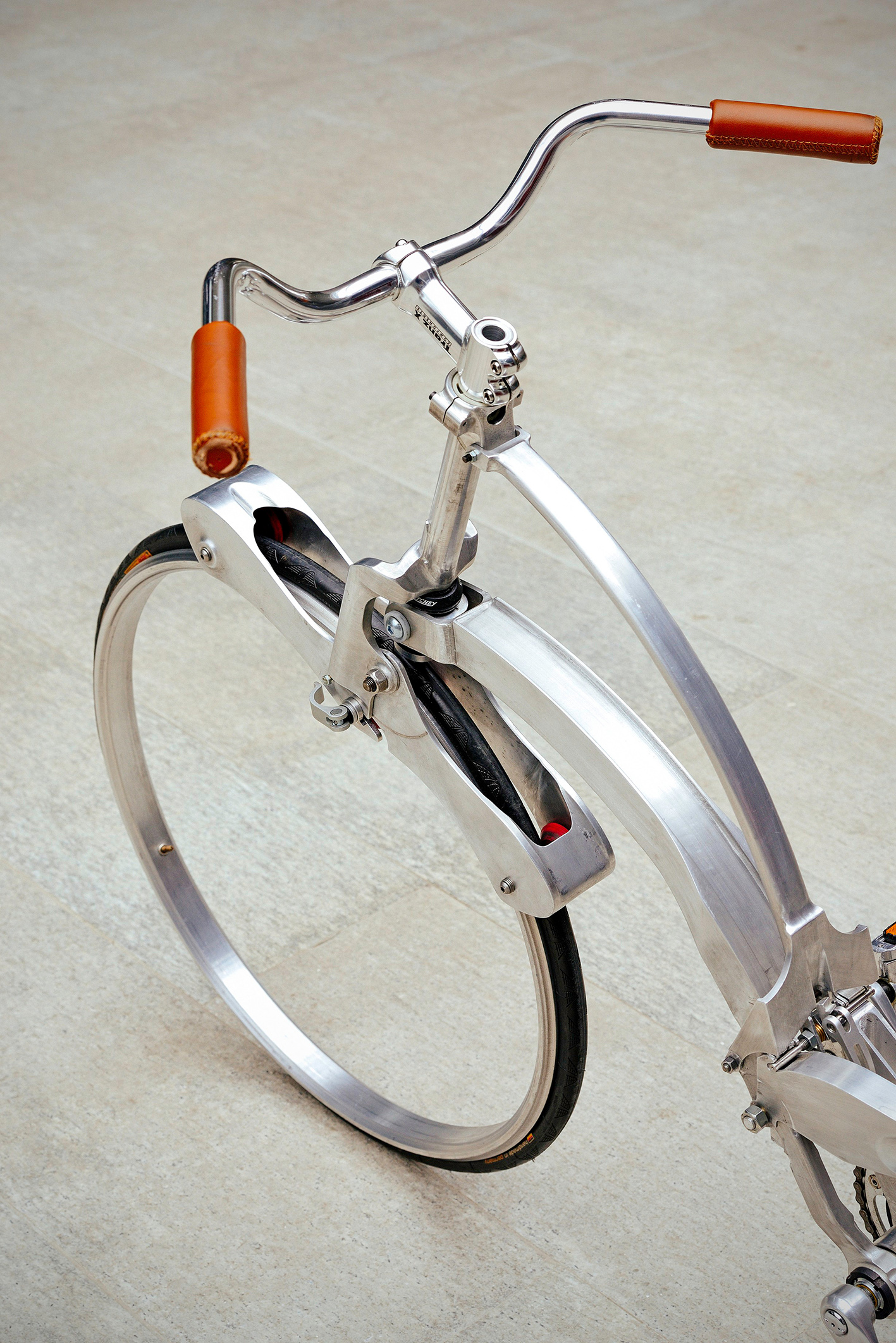 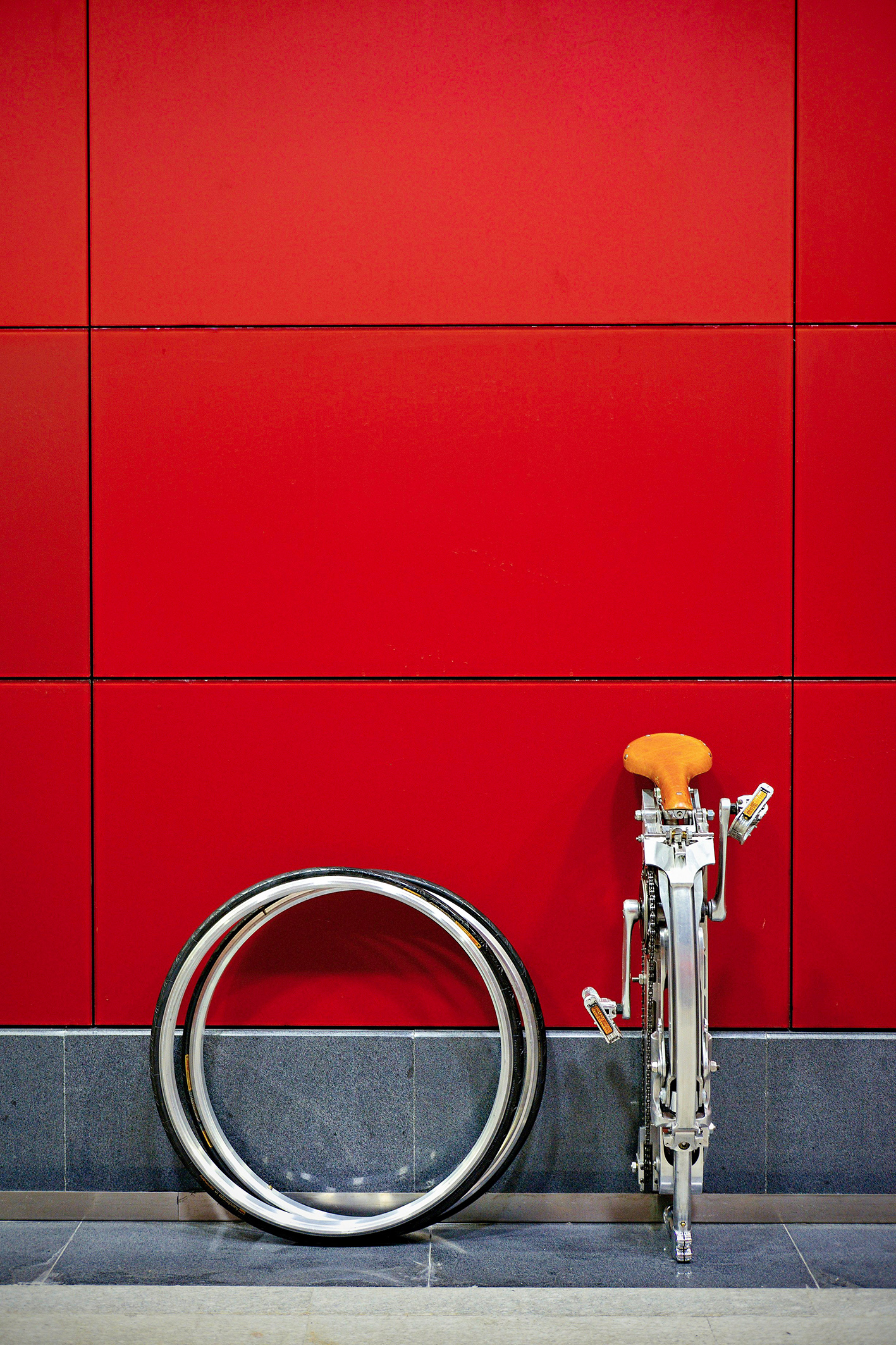 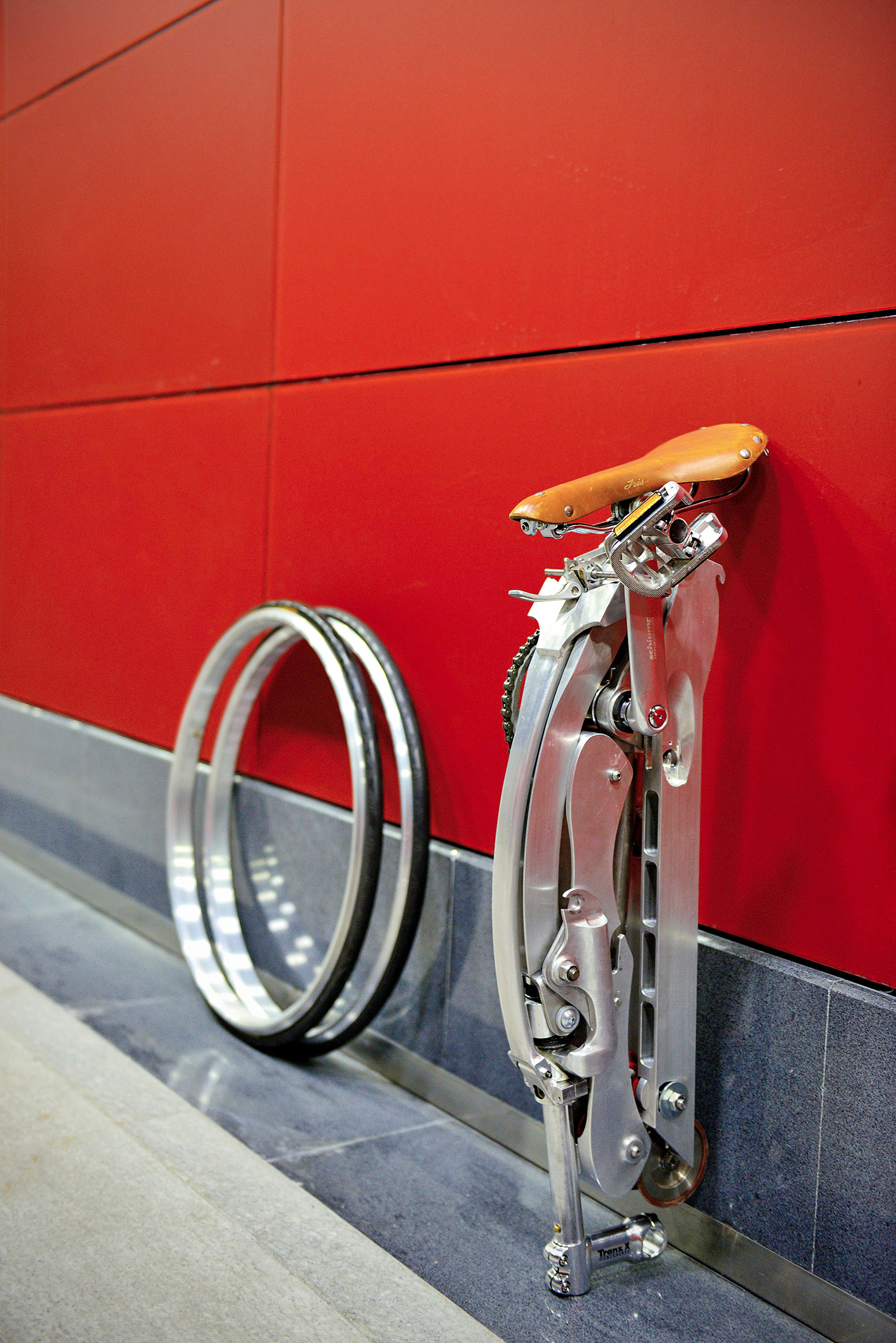 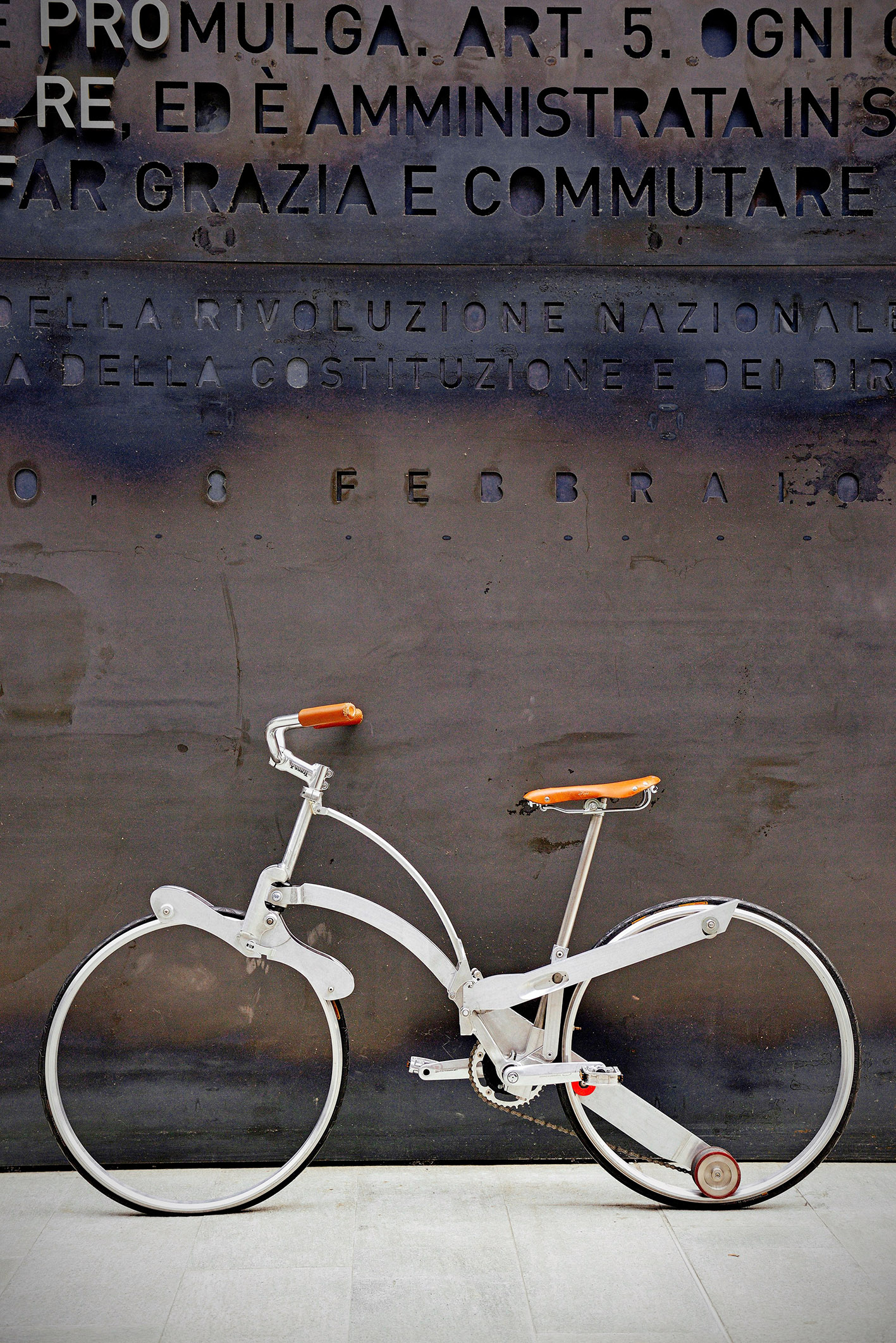