The interests of a company may seem remote from those of a museum. And yet, where design is concerned, the documentation and presentation of the history of a brand help to strengthen its identity and value. Obviously, its main activity remains production, but the reexamination and representation of a company’s products becomes a way of supporting its position in the market. This is why the major design brands decide to create corporate museums. An example of this is provided by the Molteni group, which, after the exhibition held at the GAM in Milan last year to mark the company’s 80th anniversary, has opened the Molteni Museum, a permanent exhibition mounted at its headquarters in Giussano, Brianza, on the top floor of an industrial building that was first renovated by Aldo Rossi and Luca Meda and then by Studio Cerri & Associati. Strip windows and a gray resin floor provide the setting for the spotless white display stands designed by Jasper Morrison, containing 48 products symbolic of the brand, as well as of other companies in the group, with the office furniture of Unifor, the home furnishings of Citterio and an element summarizing the mechanisms used in Dada kitchen cabinets. There are explanatory panels on the walls and a number of digital totems along the route through the exhibition provide more detailed information. It is well worth making the trip to Brianza to see the museum, part of the Museimpresa association set up to make the most of Italy’s industrial heritage, as you can accompany it with a visit to the Molteni Archive: located in a small farmhouse, this is also open to the public and currently houses 4500 documents that are still in the process of being digitized: they range from advertisements to newspaper articles, from prototypes to video interviews, with highlights featuring Aldo Rossi, Luca Meda and the historic Unimark studio. Taken as a whole the operation has parallels with the campus created by Vitra—whose products are distributed in Italy by Molteni—starting with its name: Molteni Compound. In the area in fact you can visit several buildings created by famous designers, like Ron Gilad’s Glass Cube pavilion and Patricia Urquiola and the Factory’s QallaM space, a genuine production zone. You are greeted at the entrance by a gigantic version of one of Aldo Rossi’s chairs and by Foster + Partners’ Arc table. Finding your way around is facilitated by the coordinated image designed by Studio Cerri & Associati, while a large M, flanked by a smaller letter in superscript that varies from building to building, tells you where you are. 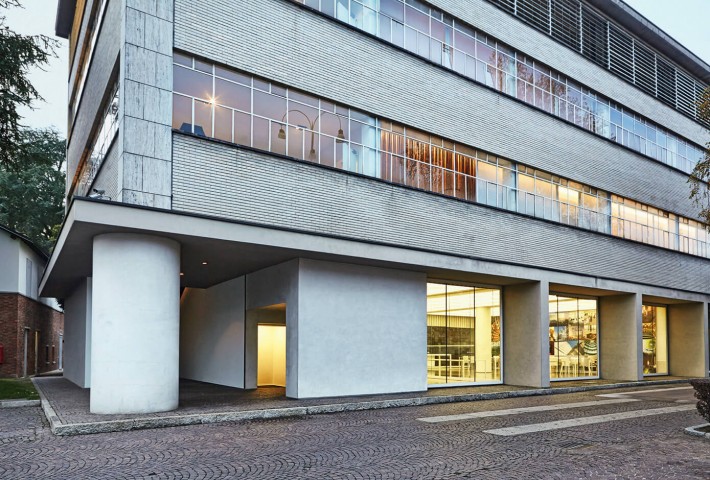 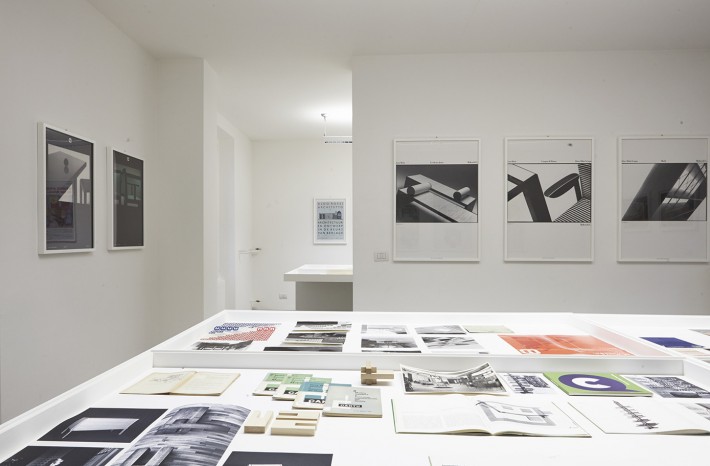 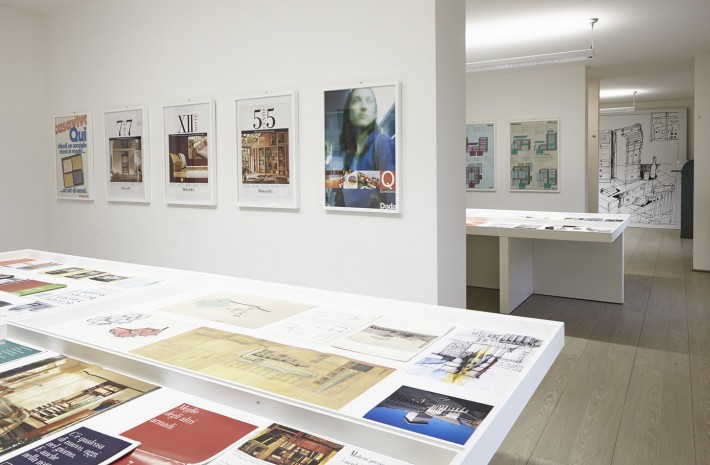 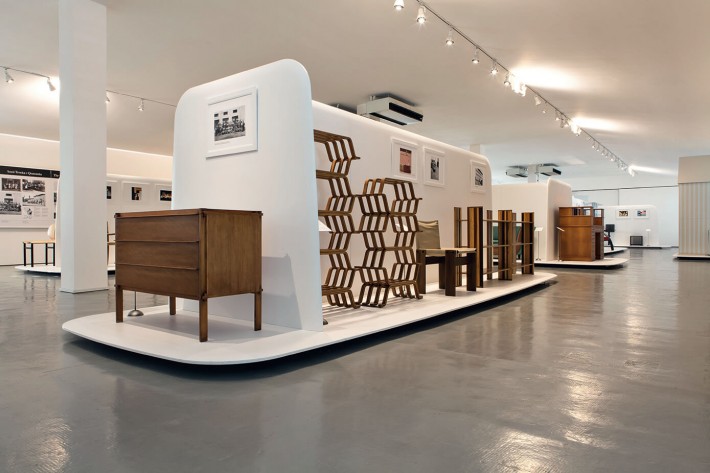 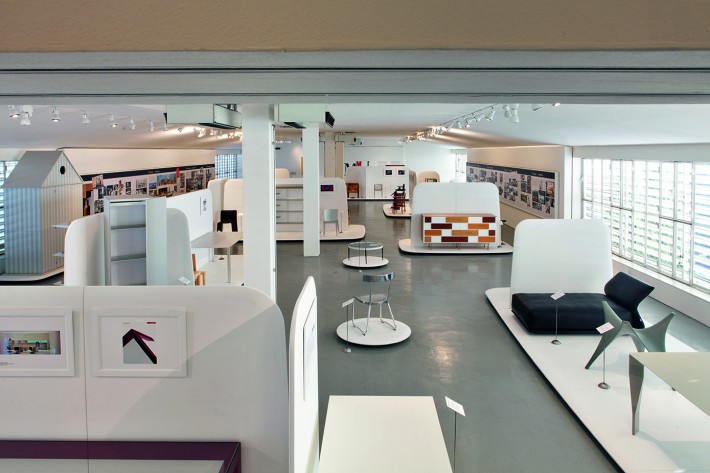 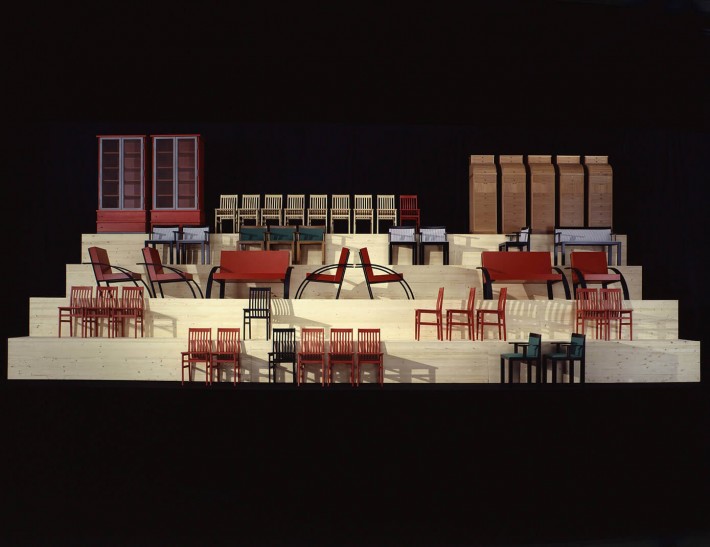 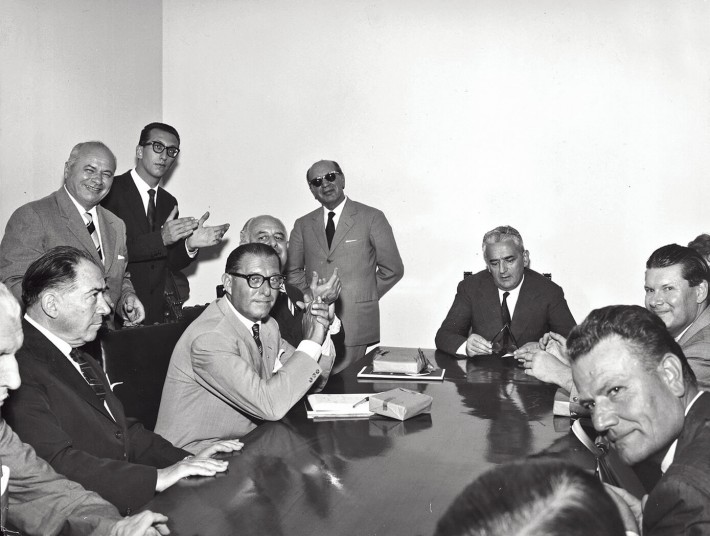 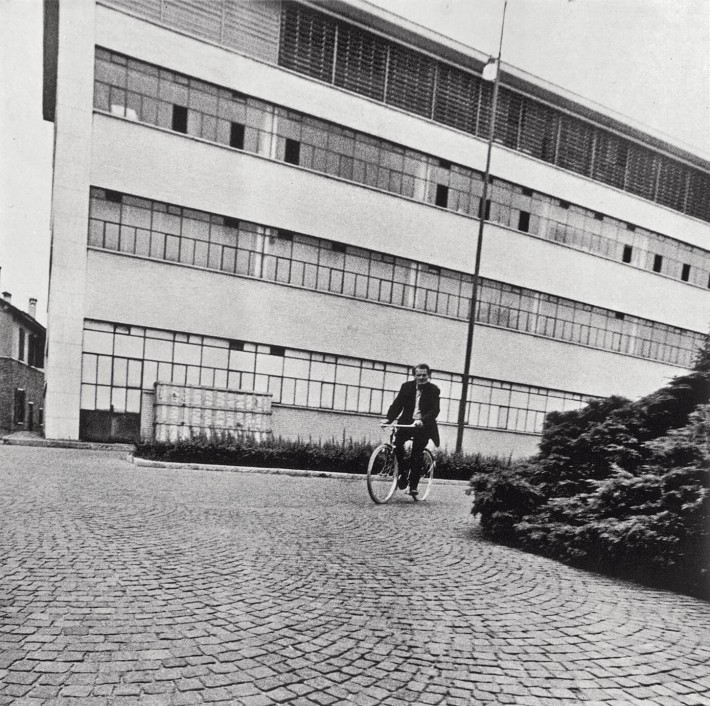 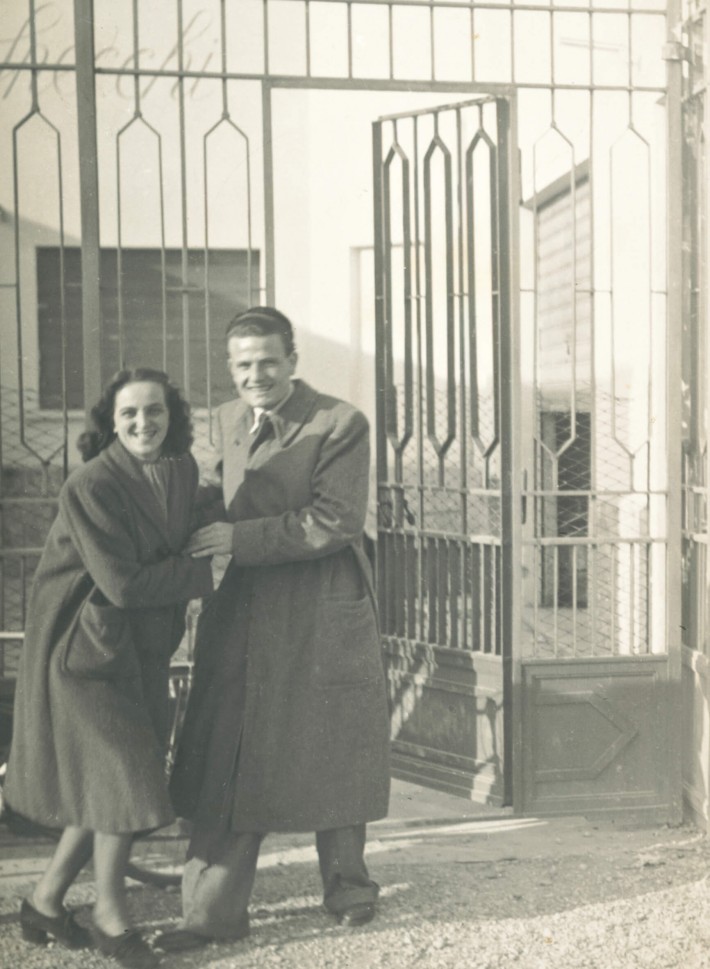