An Encounter with Anticipation is the project realized by the Studio Formafantasma (Simone Farresin and Andrea Trimarchi) for Lexus, Toyota’s luxury brand, on the occasion of the Fuorisalone 2016. A look into the future that reflects on advanced and sustainable modes of transport through a creative intervention uniting technology, craftsmanship and tradition. The inspiration comes from the concept of the new LF-FC model. The exhibition, put on in the evocative setting of the Torneria on Via Tortona, formerly the premises of a coachbuilder, is divided into three spaces. In the first, Looking at the Invisible, the advanced hydrogen fuel cell technology of the LF-FC model is used to power a luminous kinetic installation, while four object-sculptures made of stainless steel move slowly around it, creating an elegant choreography on a shiny pink surface. In the room visitors will also be able to taste food prepared by the chef Yoji Tokuyoshi, whose first course, which he has dubbed Transparent, has as its theme the purity of water, one of the elements in nature richest in hydrogen, while the second course, Buoyancy, is dedicated to the Japanese art of hospitality, omotenashi, a fundamental value for Lexus. The second space, Giving Form to the Intangible, hosts the annual Lexus Design Award (a competition devoted to up-and-coming designers), and contains a series of stools whose essential shape highlights the coat of paint with which they have been finished: the same as will be applied to the LF-FC model, it is the fruit of a sophisticated method of layering colors based on a traditional Japanese lacquering technique: the result is a tone that shifts between dark gray and blue as the light changes. After visiting Lexus’s headquarters in Japan, Farresin and Trimarchi decided to find out more about the history of the company, whose roots lie in the textile industry, drawing inspiration from it for the third space, Perceiving the Imperceptible, which reproduces a sort of loom that is able to weave together thousands of threads to form a three-dimensional image of the LF-FC model. Thus Formafantasma have interpreted the spirit of the brand in a balance between past, present and future, combining their extraordinary research into materials with the forward-looking vision of the manufacturer. One of the most innovative and stimulating presentations of the entire Design Week. 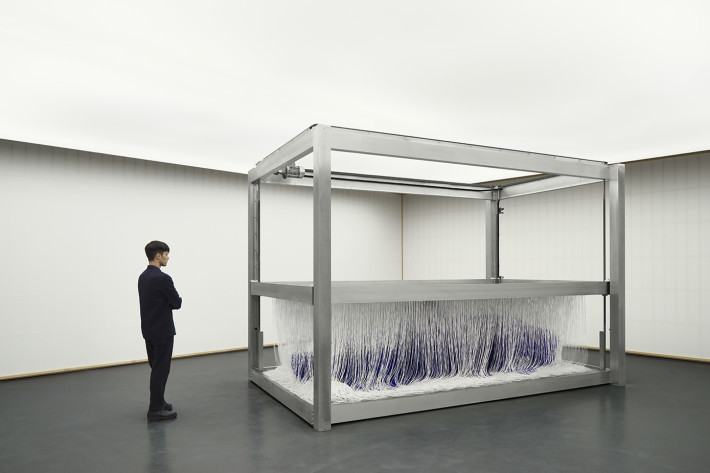 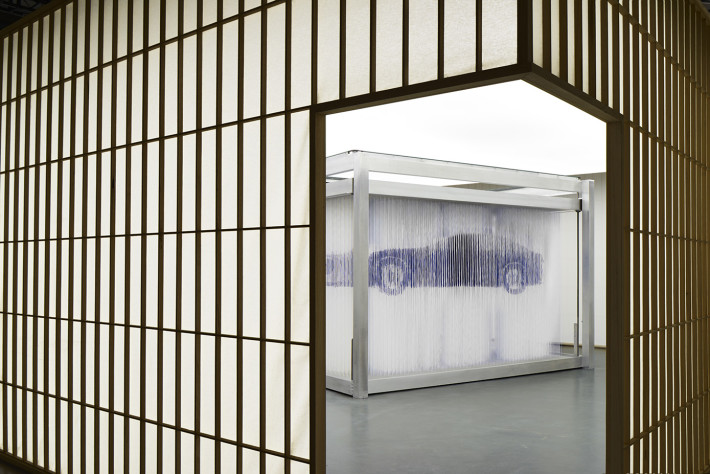 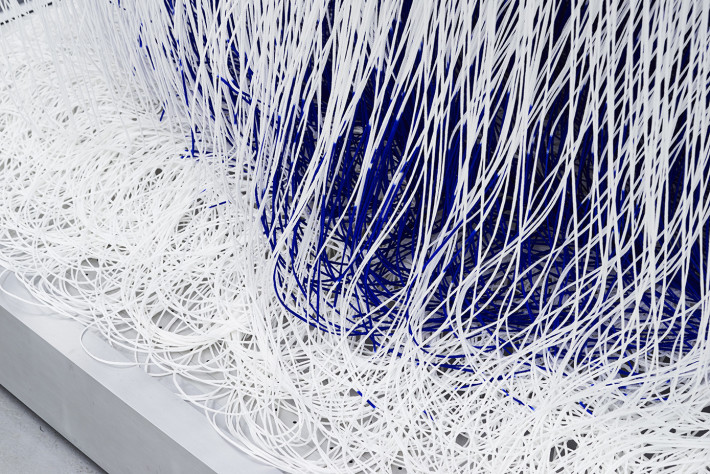 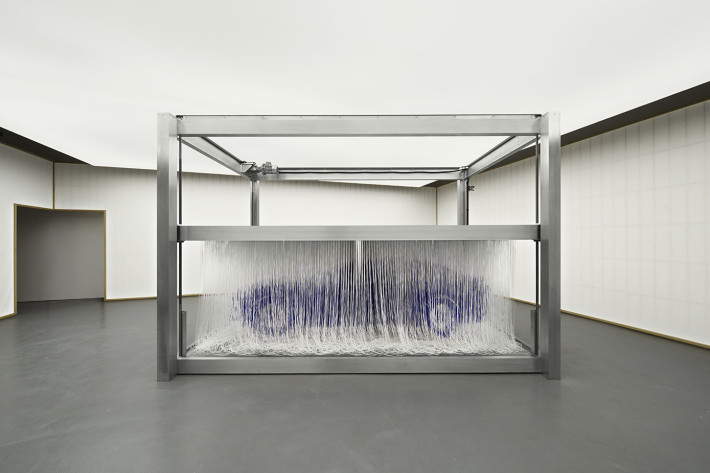 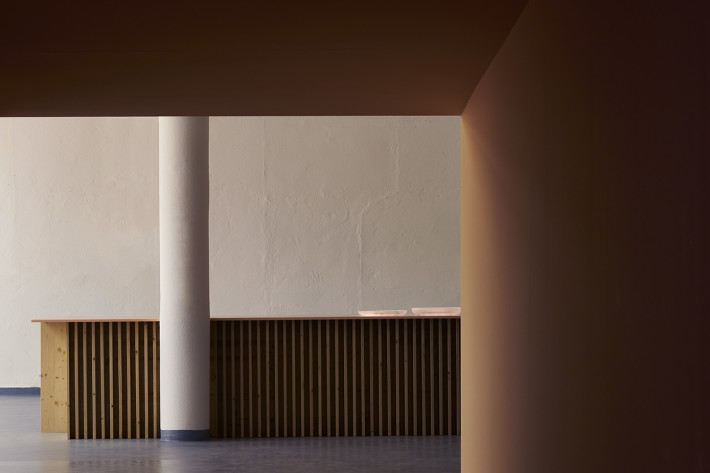 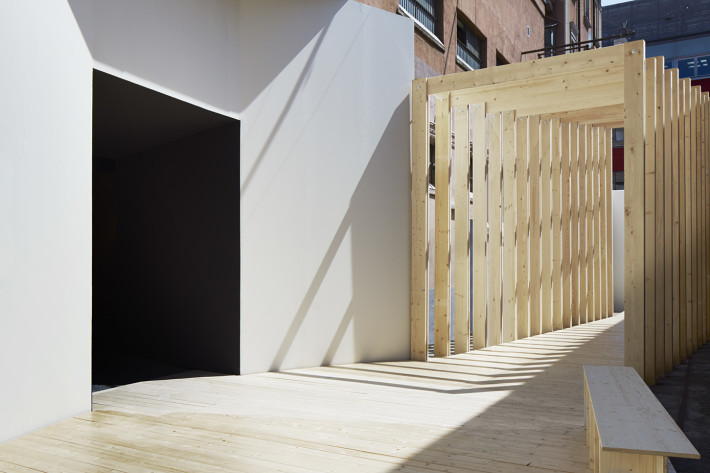 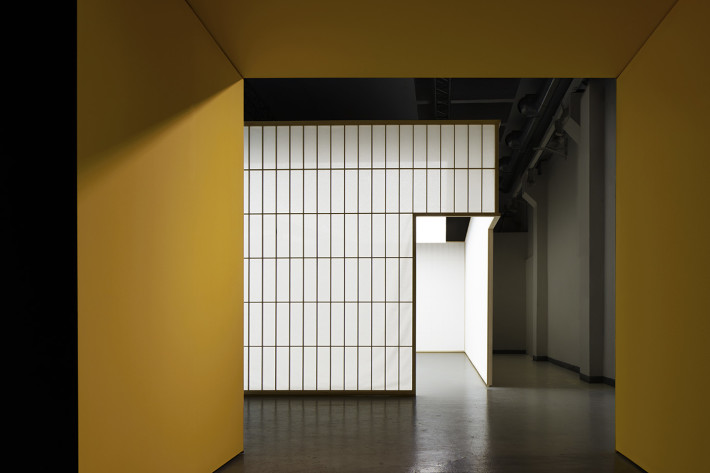 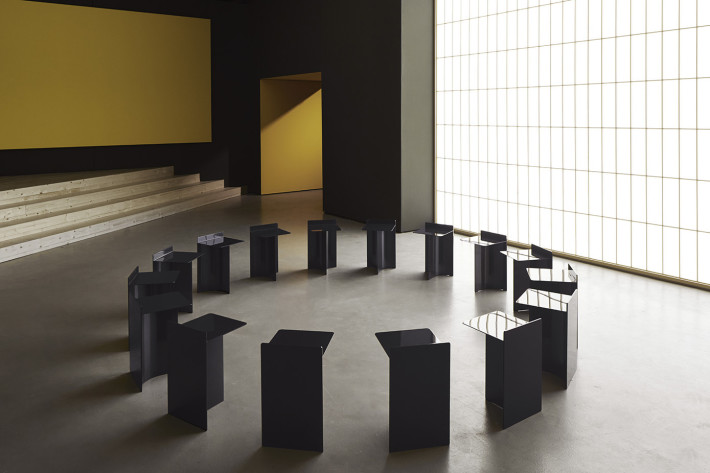 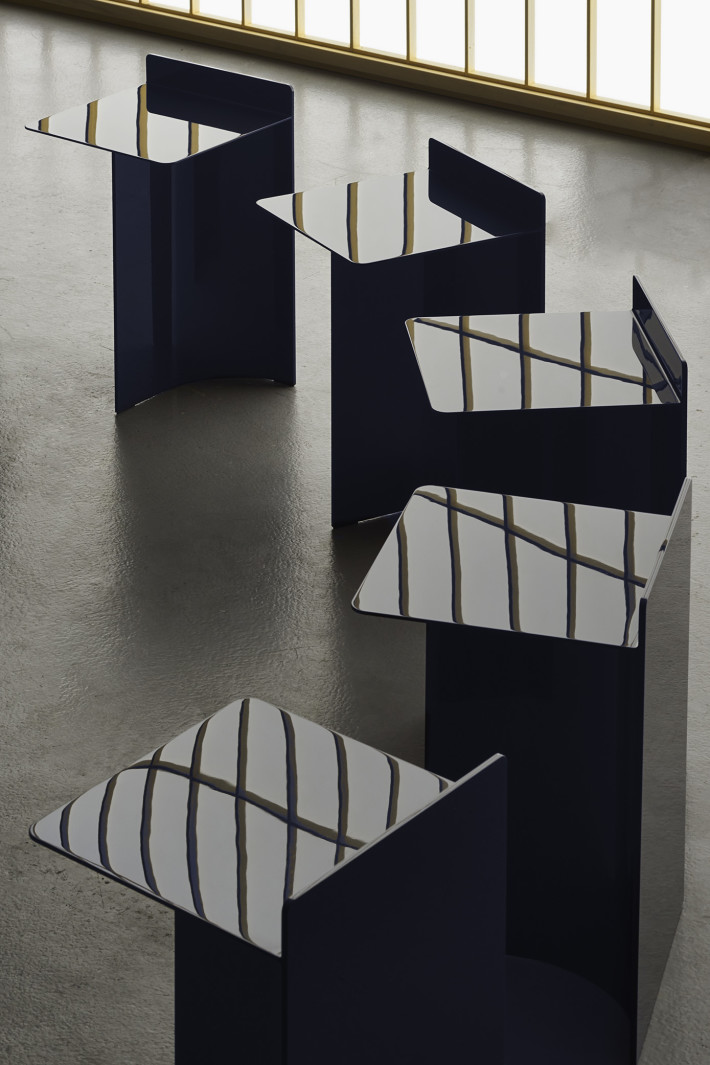 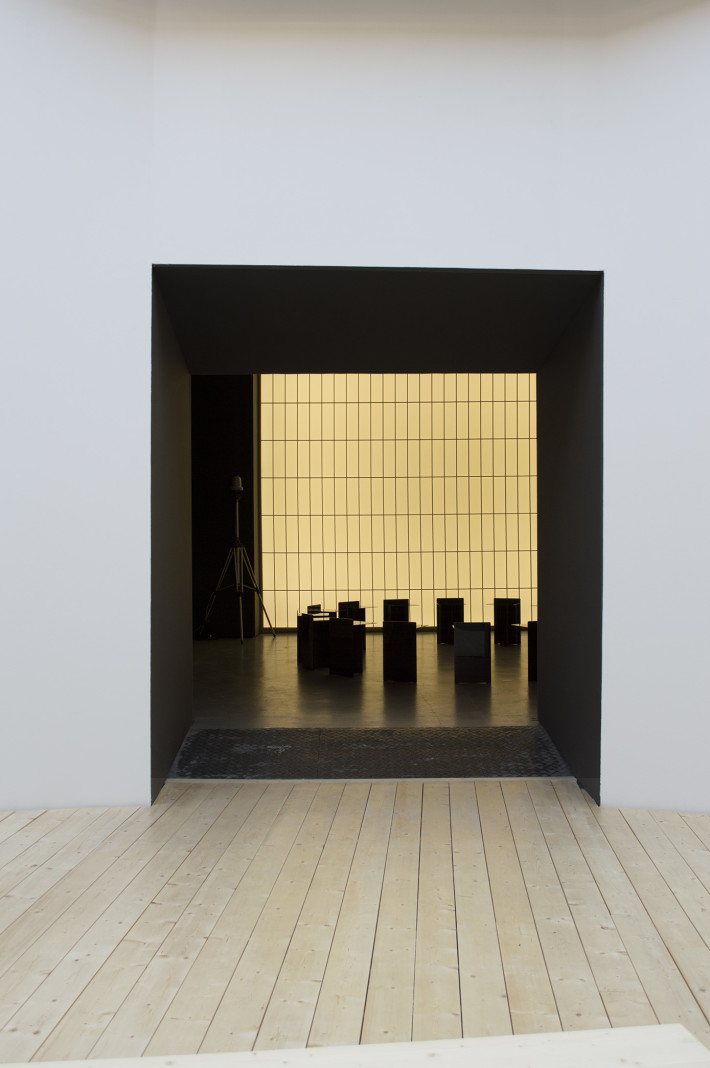 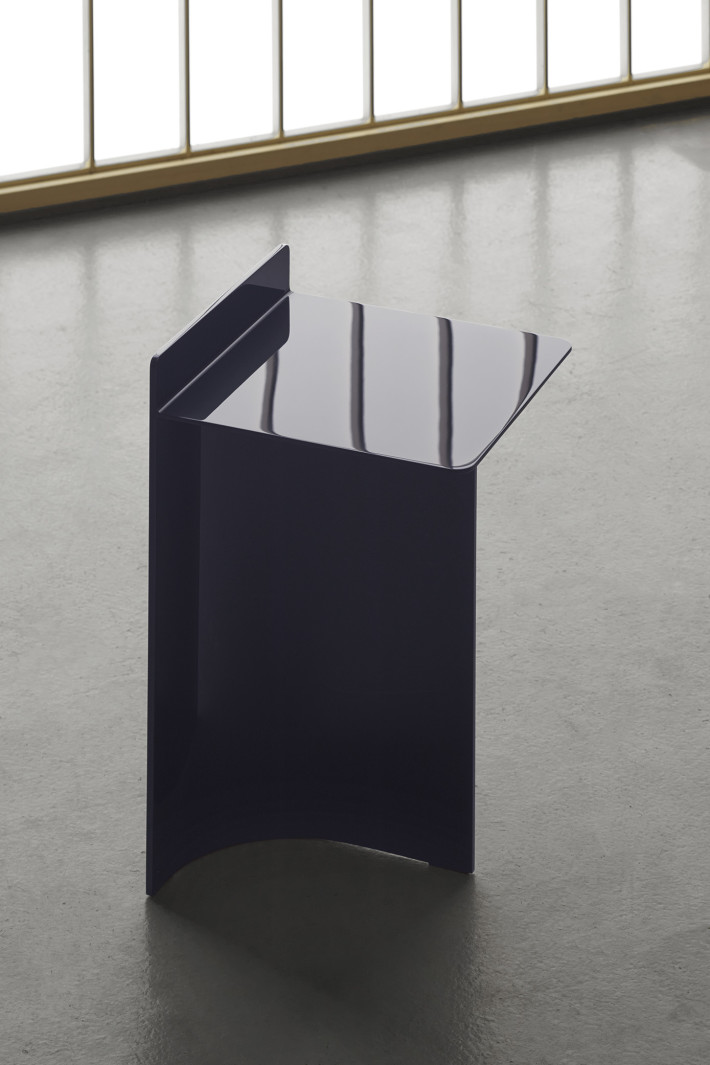 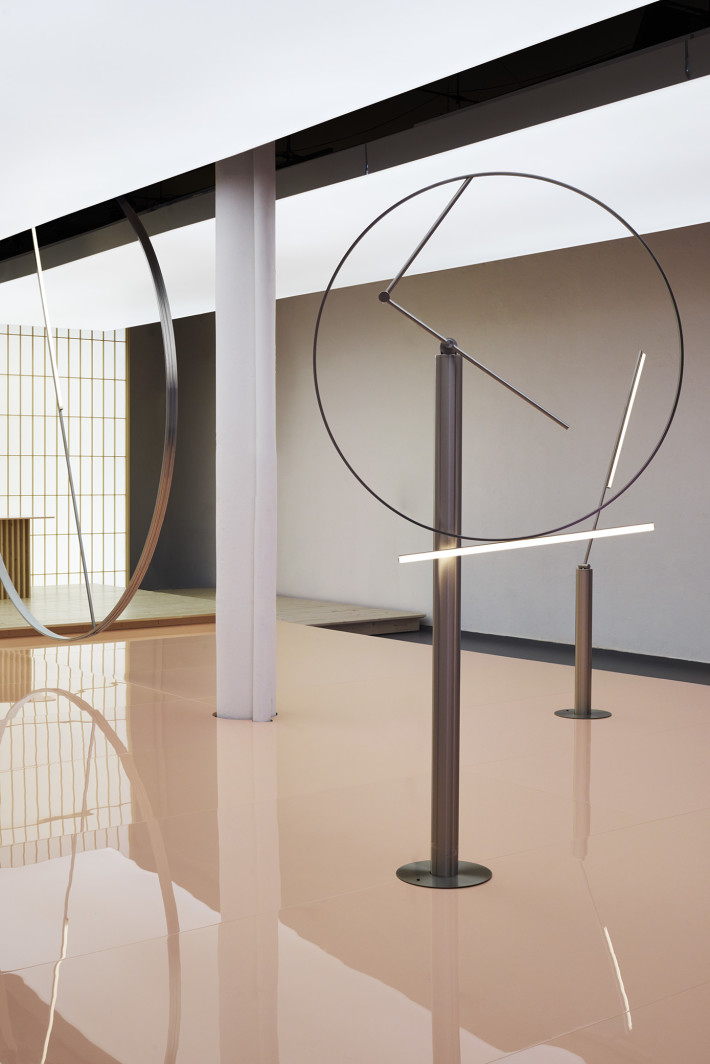 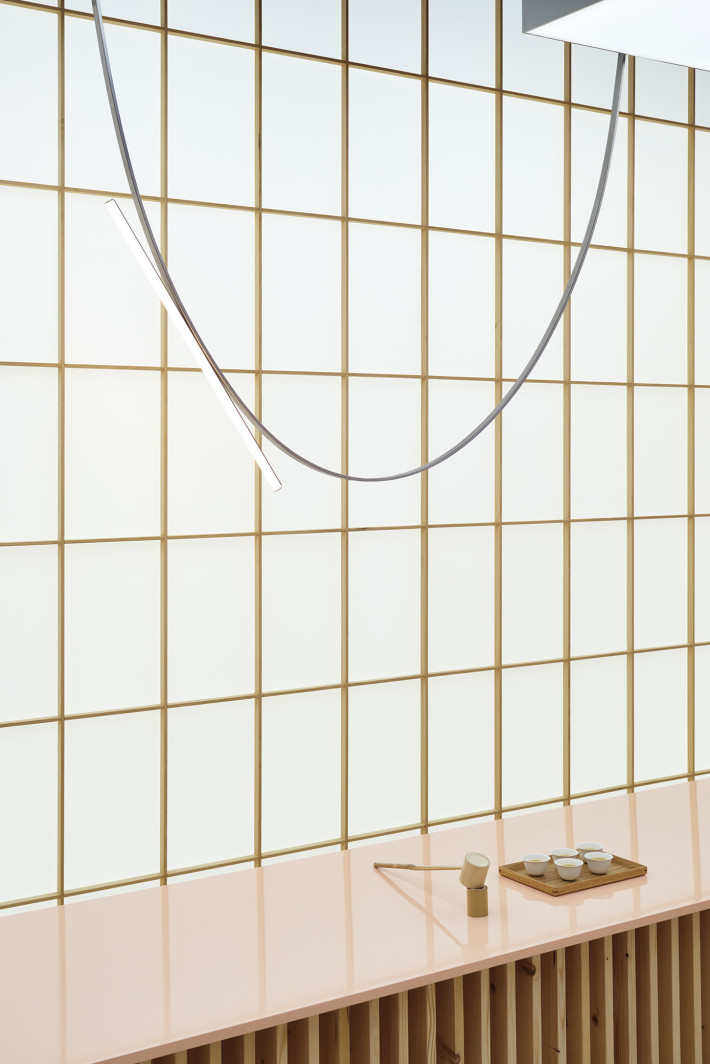 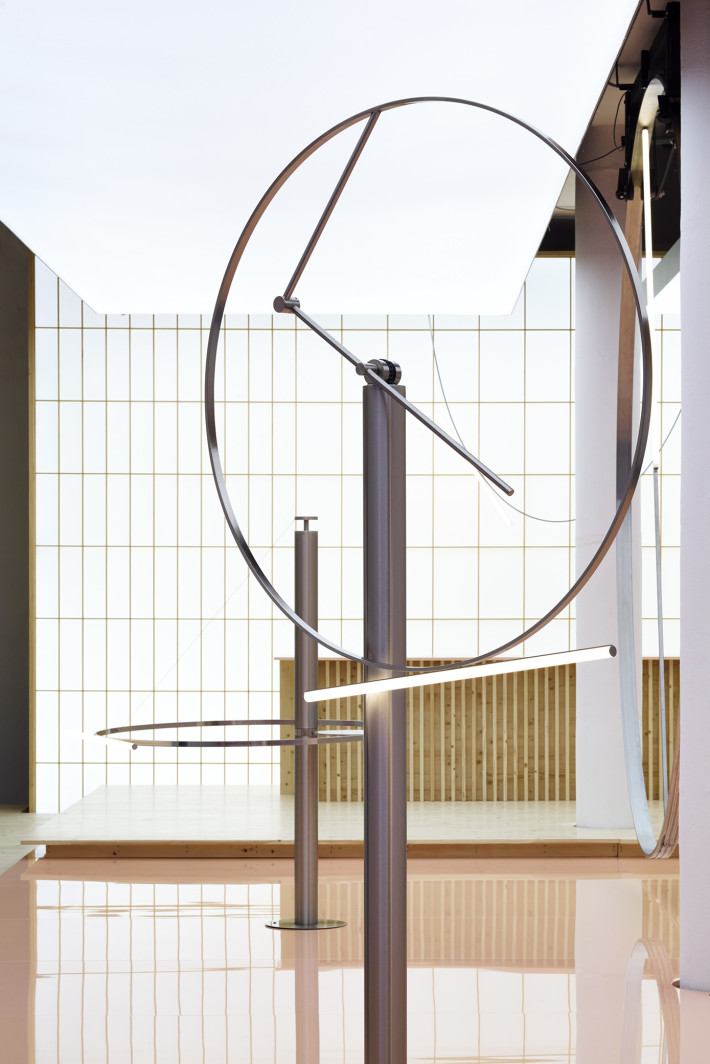 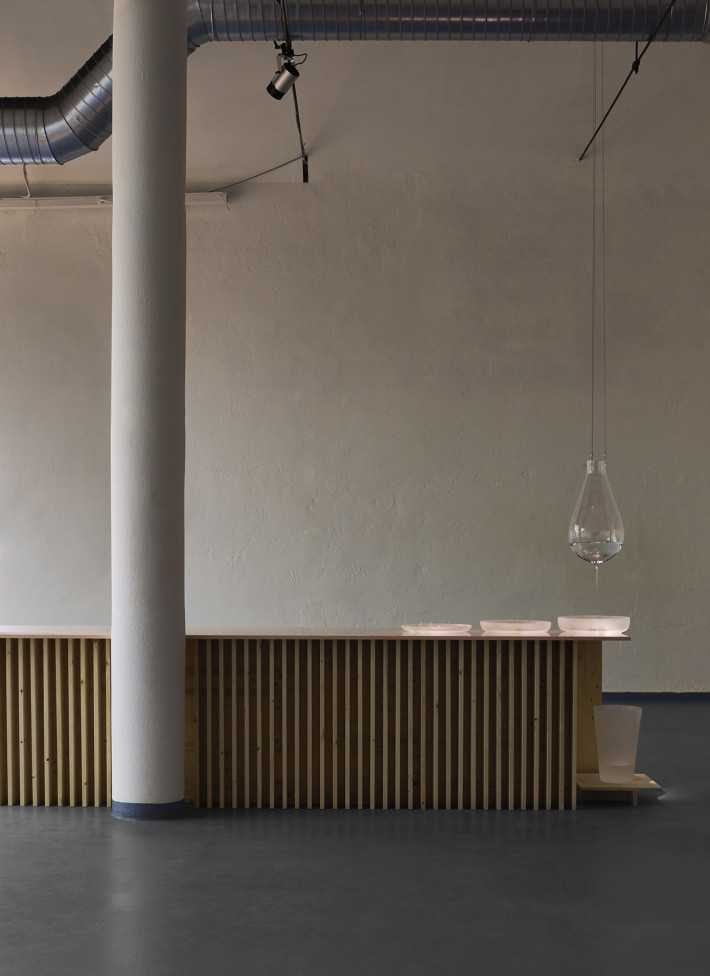 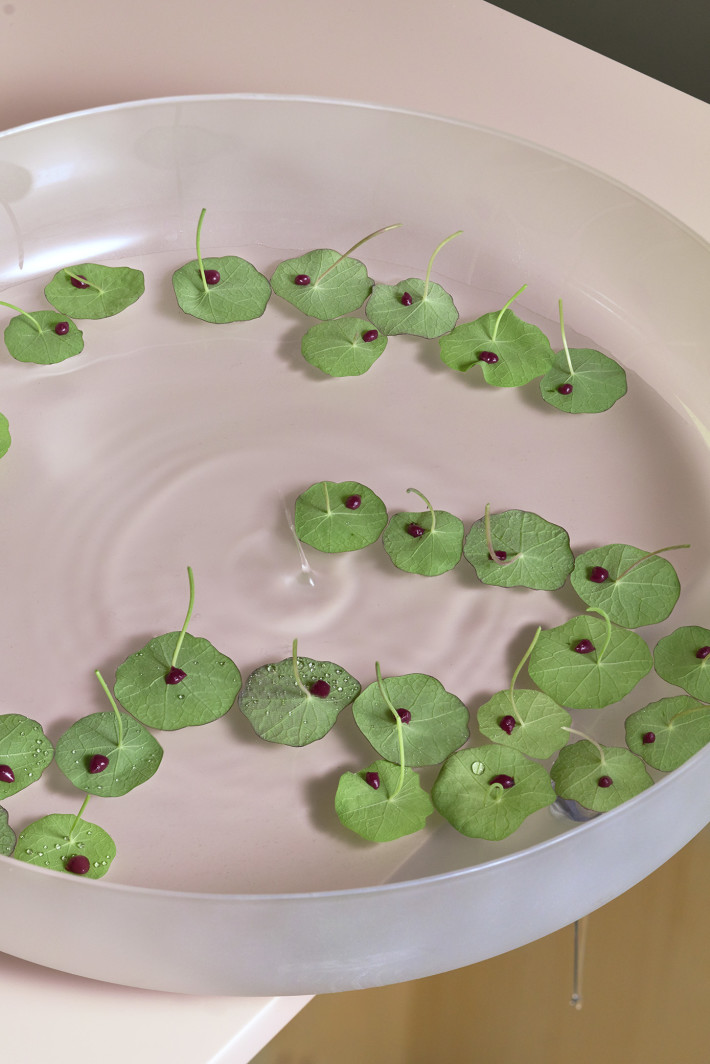 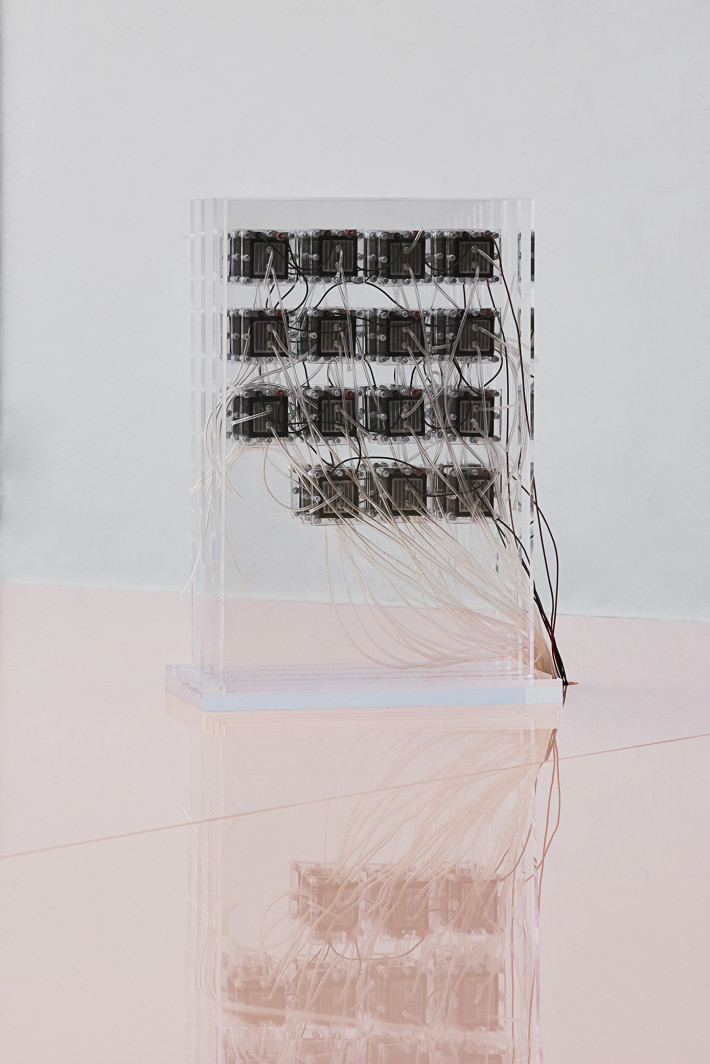