Liberated from its conventional function as a furnishing accessory, wallpaper is going through a period of rediscovery. An excellent example of this is Texturae, a new brand created by Dario Pulitanò and Daniele Morabito (already the founder of Karpeta with Simona Scollica), two young entrepreneurs from Reggio Calabria who have decided to combine the innovative visions of artists and graphic and interior designers with the most advanced technologies in the sector. A preview of the brand’s first three collections will be presented during Fuorisalone 2016 at the Statuto 13 gallery, in the heart of the Brera Design District in Milan (Karpeta+Texturae, Woven and Printed Surfaces, from April 12 to 17, 11 am-9 pm). The Weft collection is devoted to material: here the grain of wood, the luster of marble, the smoothness of cement and the more intimate nature of materials in general give rise to surfaces on which light plays a leading role. Yarn is markedly decorative and fanciful, and is able to turn a wall into a weave of fantastic stories and worlds. While abstractionism, color and movement are the references of Warp. With the coordination of the art director Serena Confalonieri (“The surface is the undisputed protagonist of each design”), Texturae draws on the multifaceted visions of a group of young designers: Chiara Andreatti, Antonio Aricò, Marta Lavinia Carboni, Martina Della Valle, Paolo Giacomazzi, Paolo Gonzato, Ilaria Innocenti, Karin Kellner, La Tigre, José Mendoza, Vito Nesta, Elena Salmistraro, Sovrappensiero Design Studio, Caterina Gabelli of Studio Fludd, Philippe Tabet and Alessandro Zambelli. New too is the approach to production and distribution, which turns wallpaper into an object of design that can be adapted in response to the suggestions of the buyer. 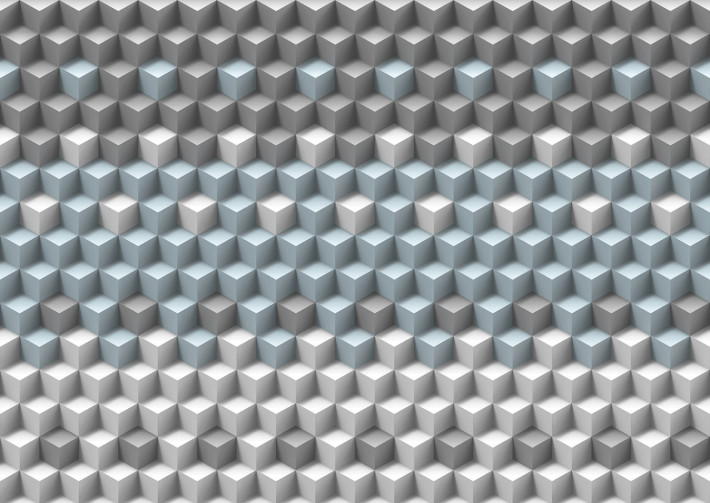 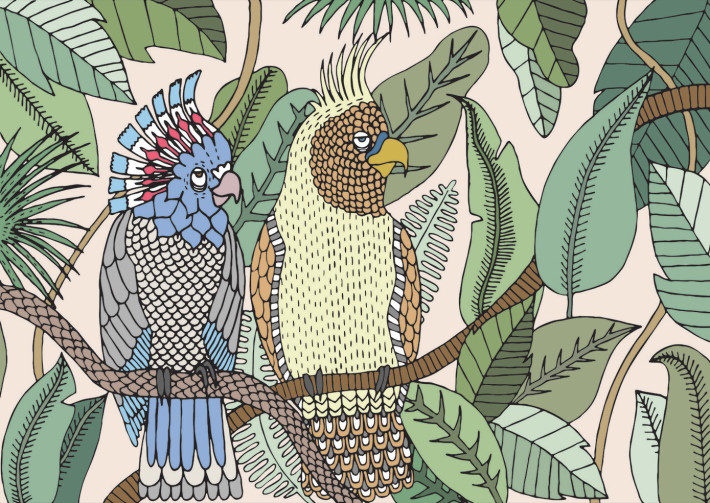 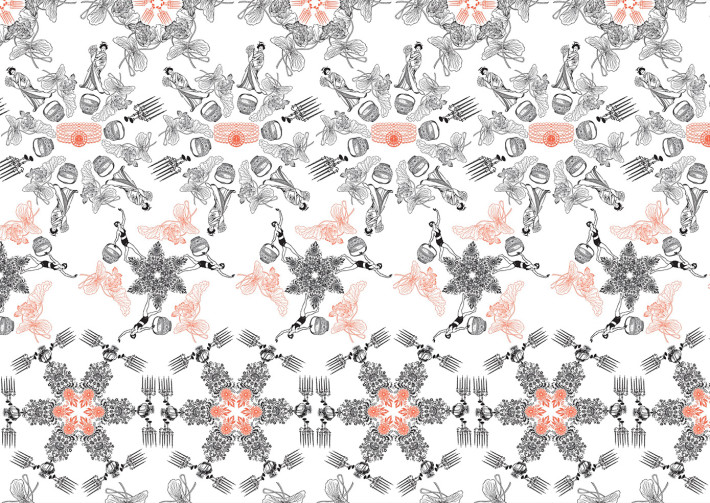 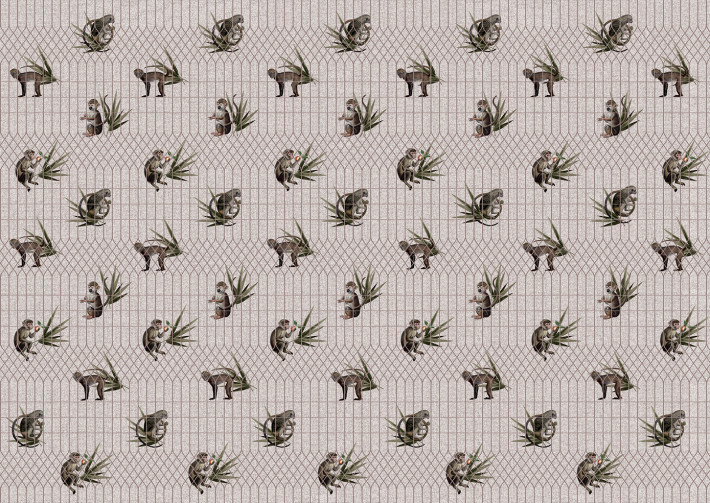 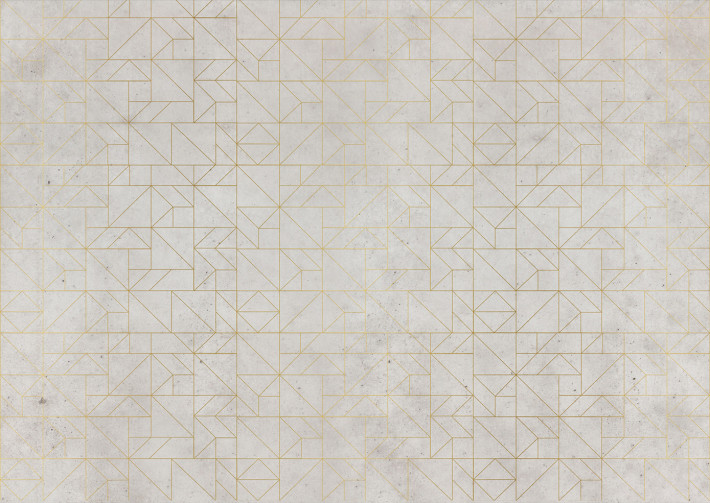 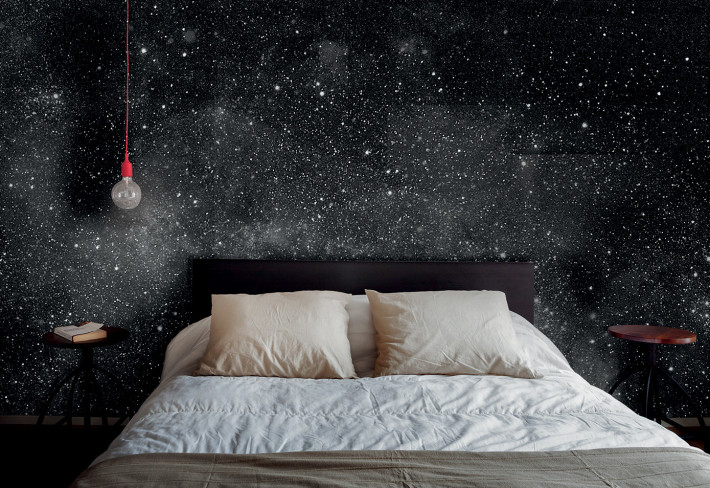 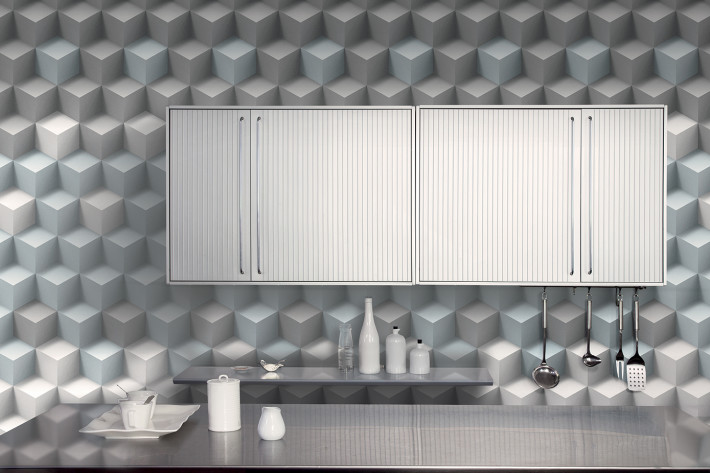 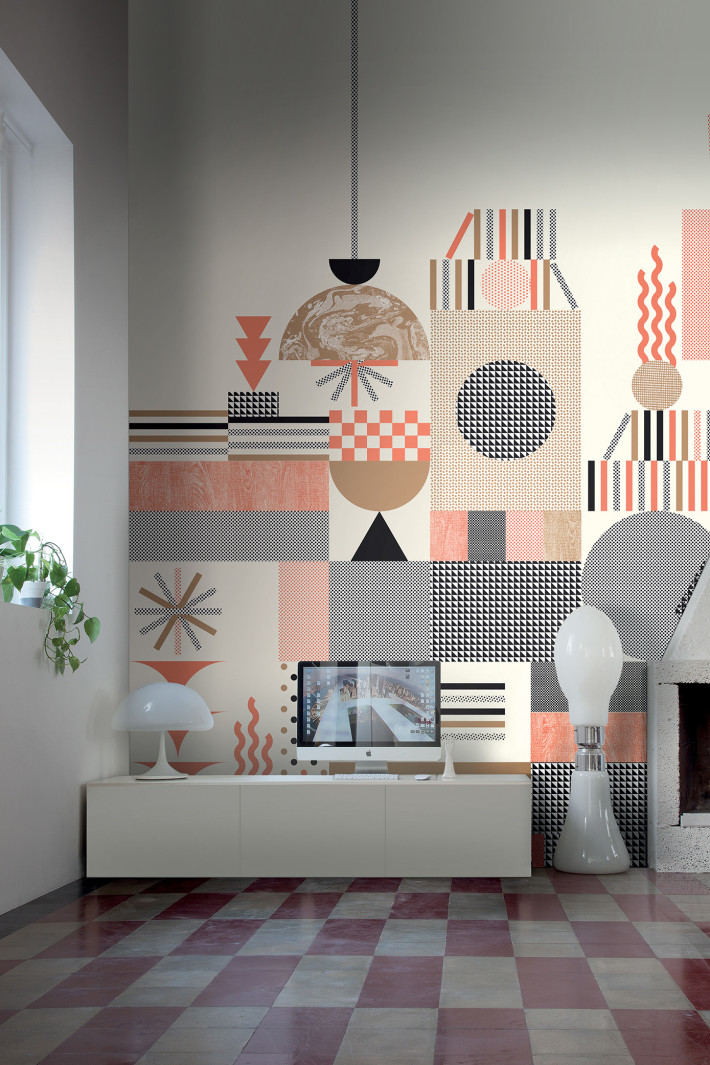 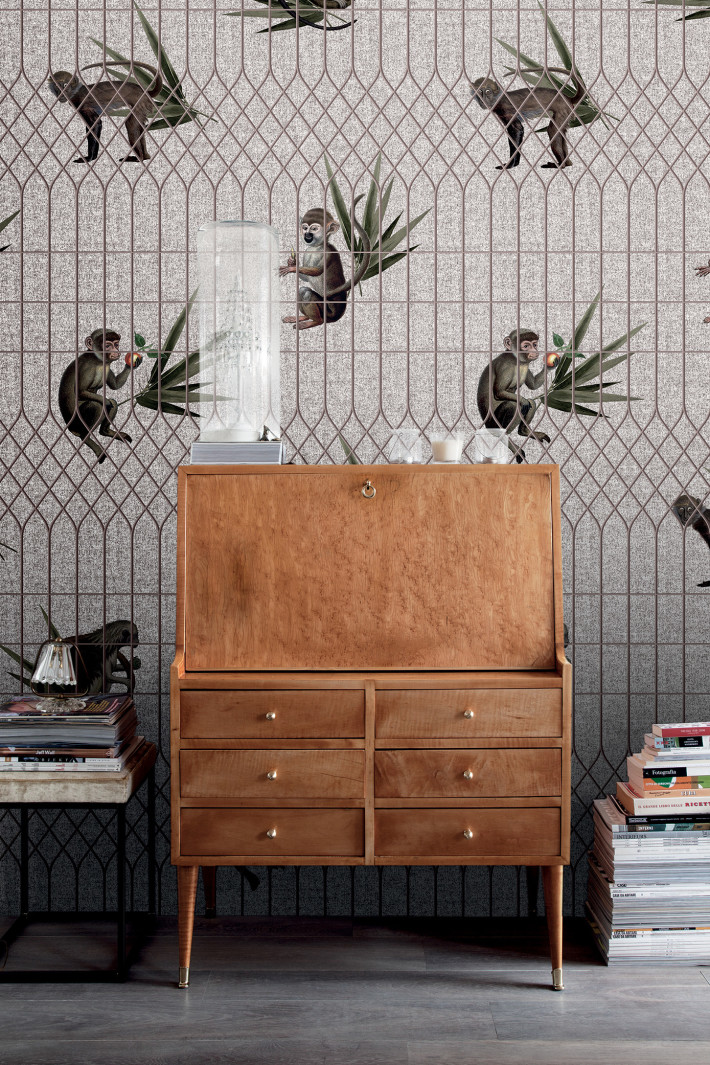 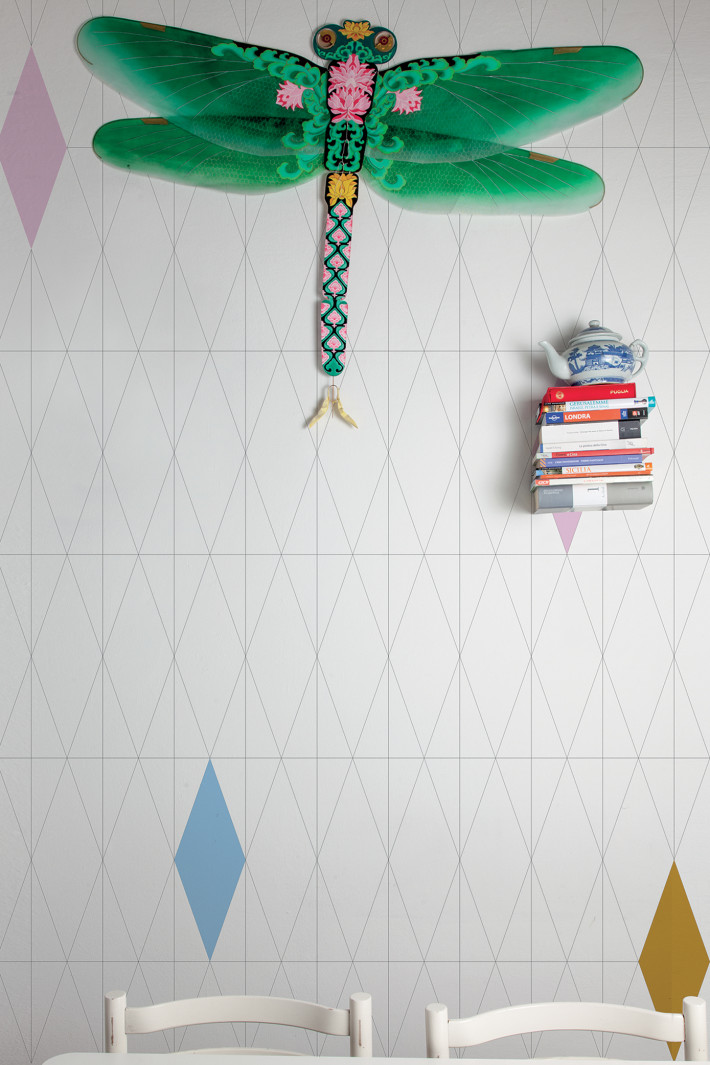 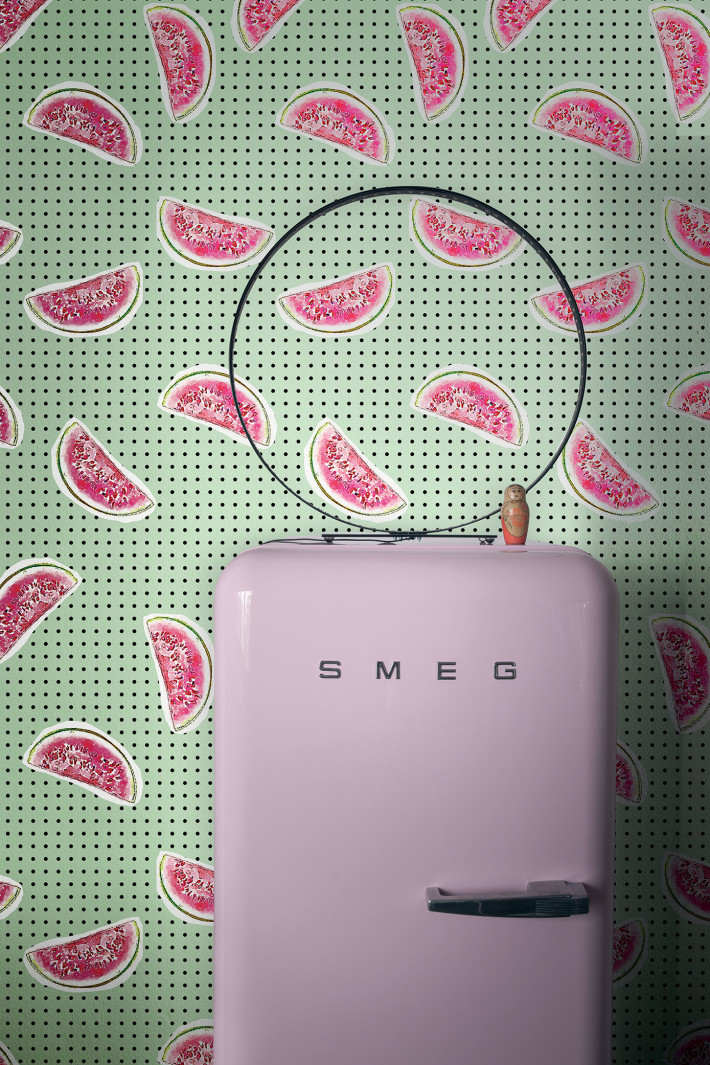 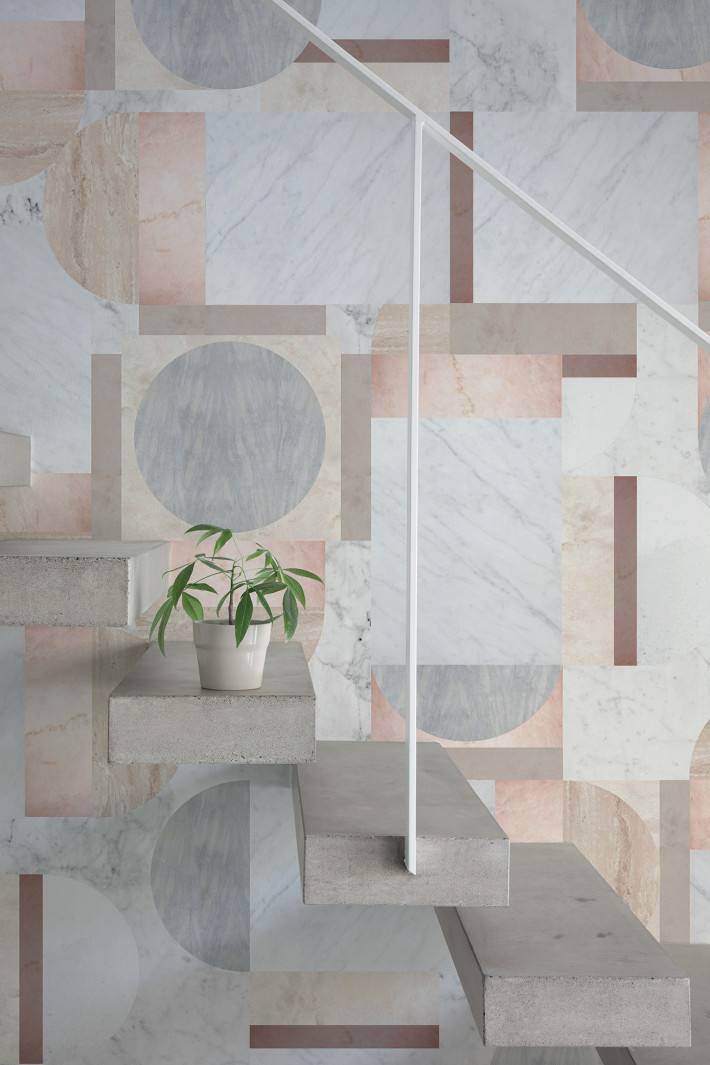 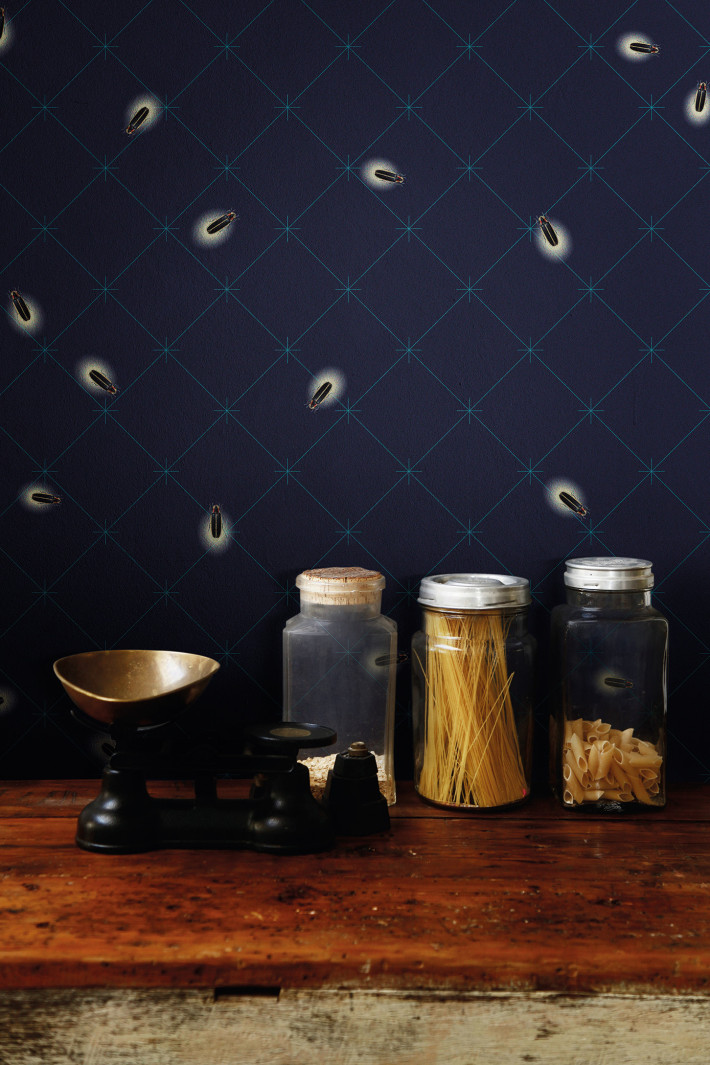 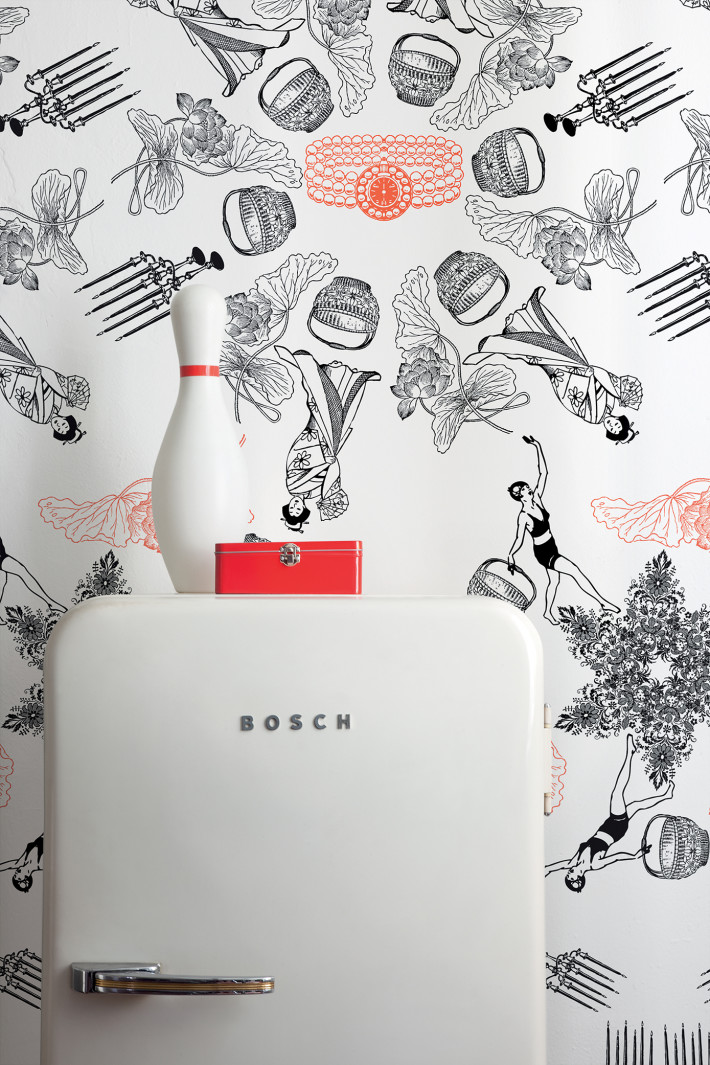