At Cadiz, in Spain, a tongue of Roman travertine faces directly onto the Atlantic Ocean. VT House, also called the House of the Infinite, is a summer residence designed by the Spanish architect Alberto Campo Baeza. Its clean-lined structure extends just like a jetty, at right angles to the beautiful Andalusian shoreline. If Adalberto Libera and Curzio Malaparte had explored the promontory of the island of Capri in 1943, setting the writer’s house in the rock, VT House seems to slip silently onto the coast with its 20 meters of width and 36 of depth. On the roof, which can be walked on and is accessible from inside the house by a flight of stairs, is located an infinity pool with a solarium and a panoramic view. Its 12 meters of height are laid out on two levels: the front half emerges from the ground and opens onto the beach, whereas the rear half is excavated in the rock. The second floor is used as the living zone, illuminated by a circular skylight and a covered balcony. The lower level houses the night zone, made up of a series of bedrooms, each with its own bathroom, positioned at the sides of a central space that leads directly to the foreshore of white sand. 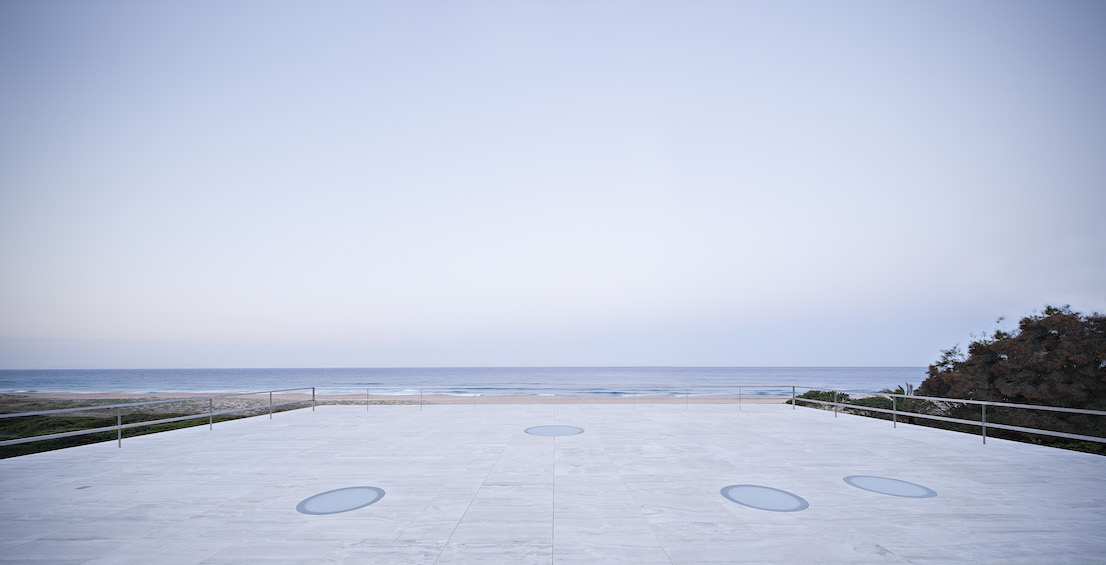 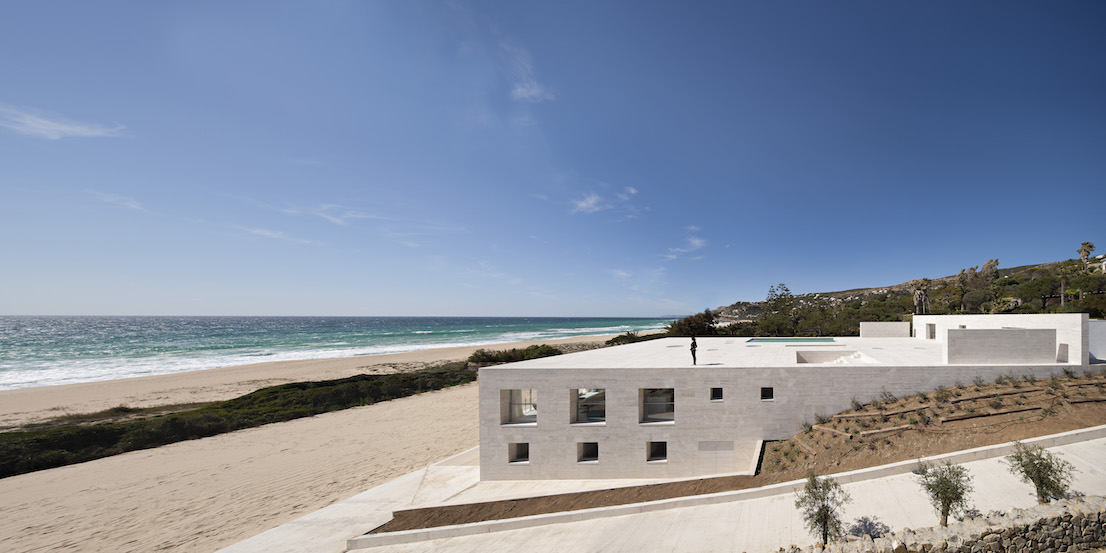 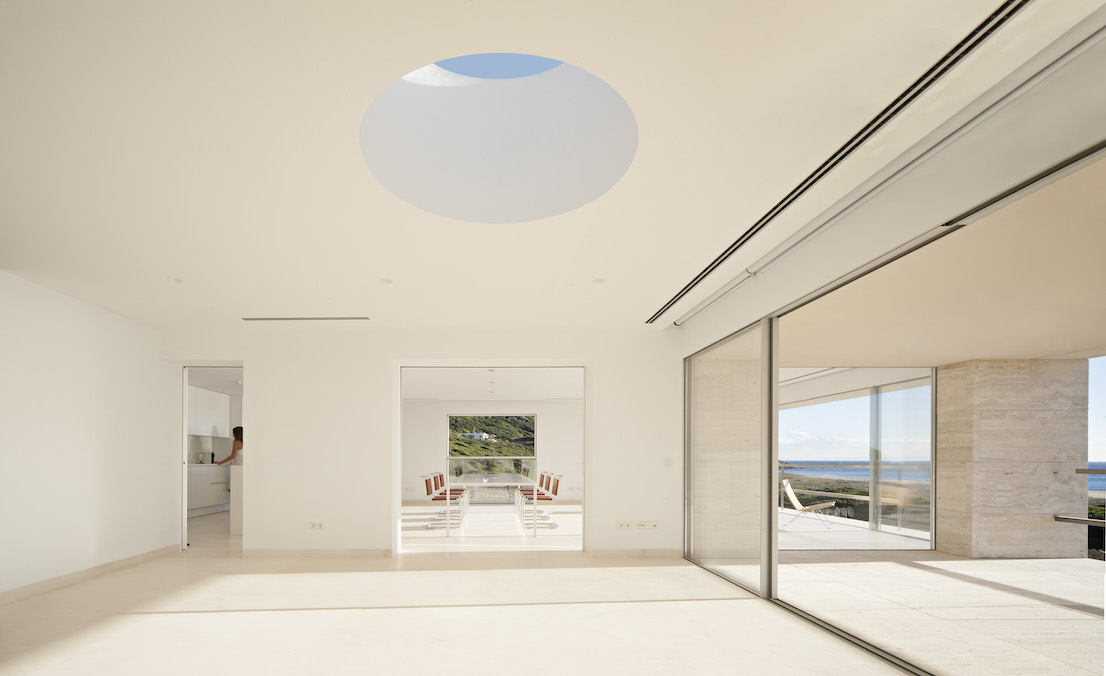 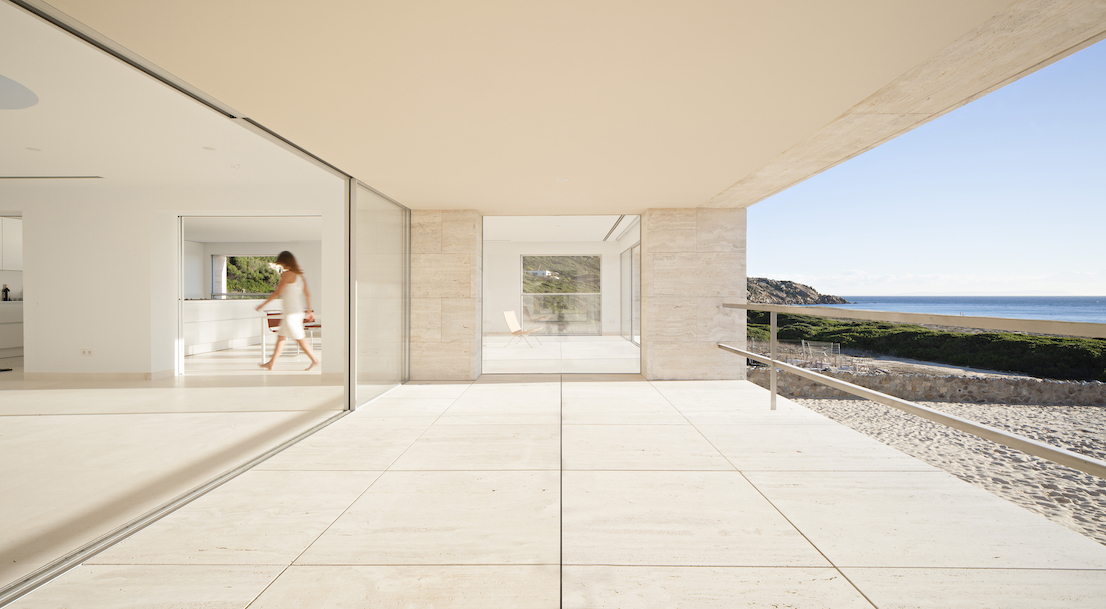 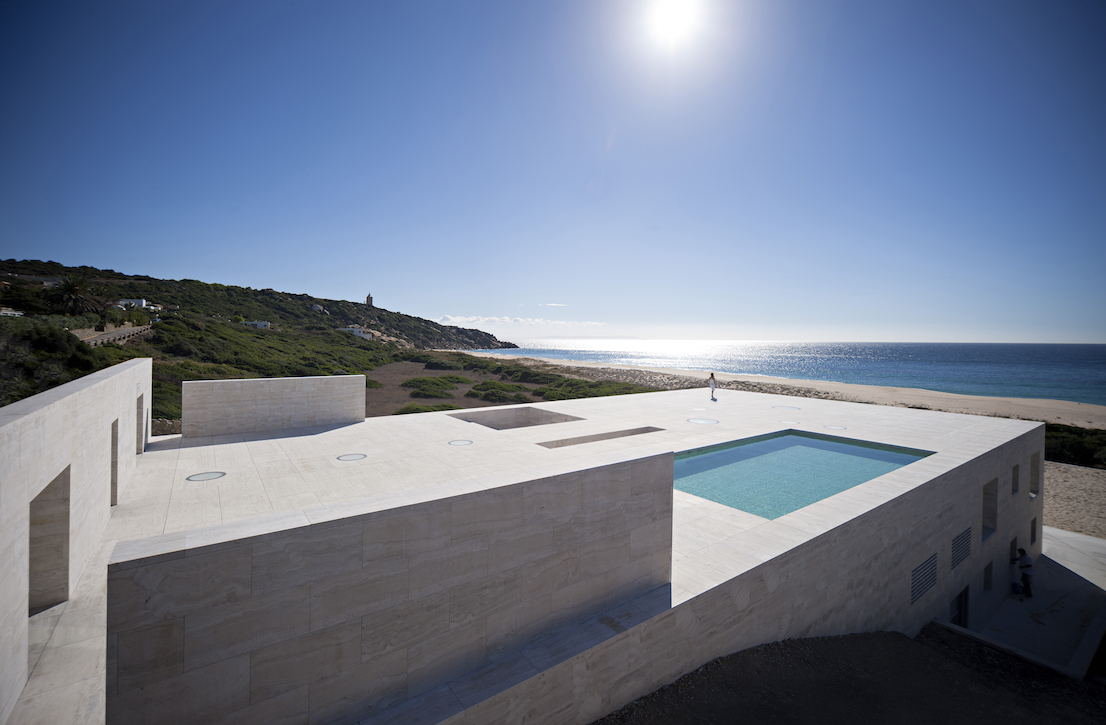 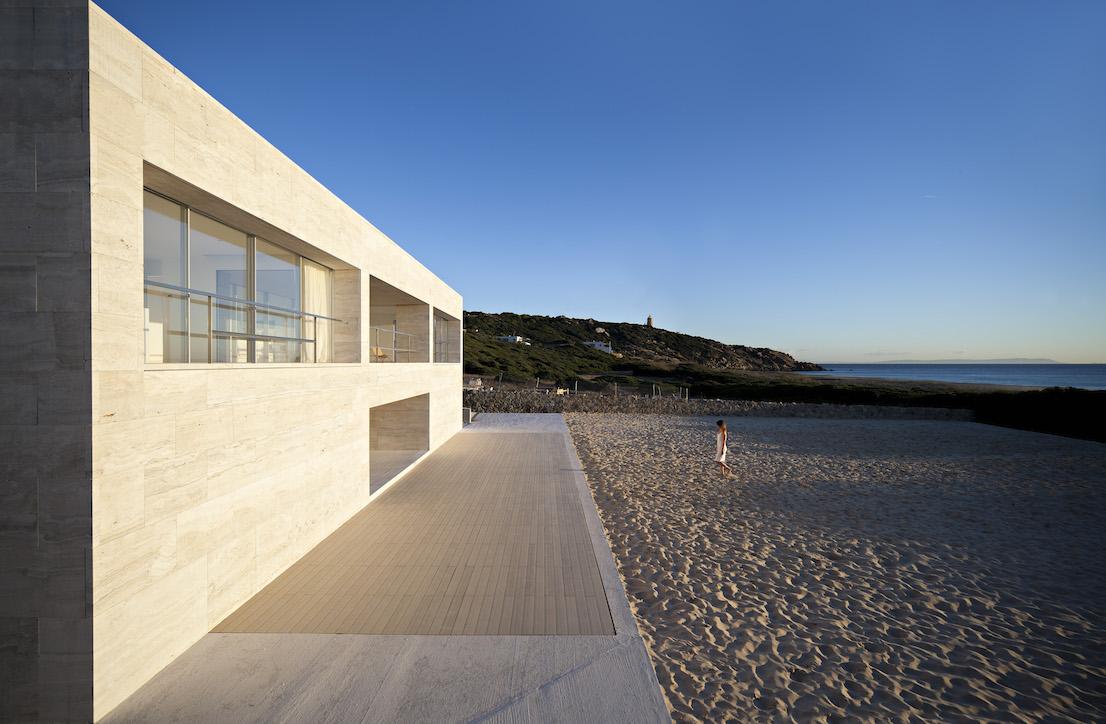 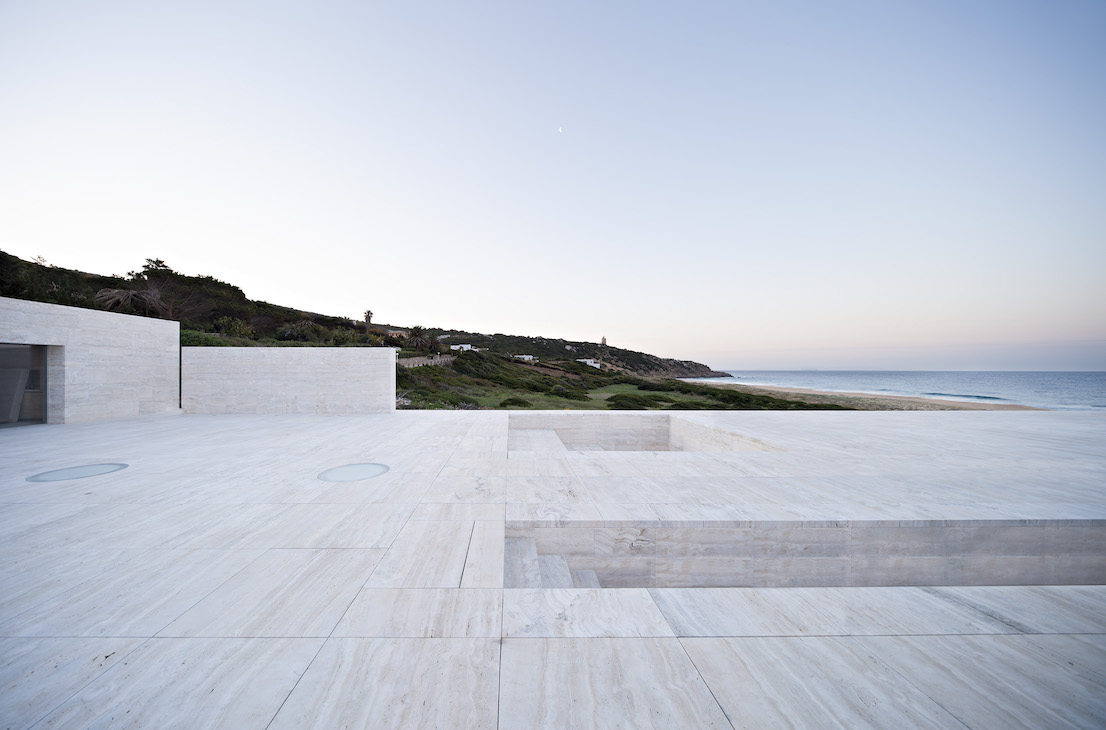 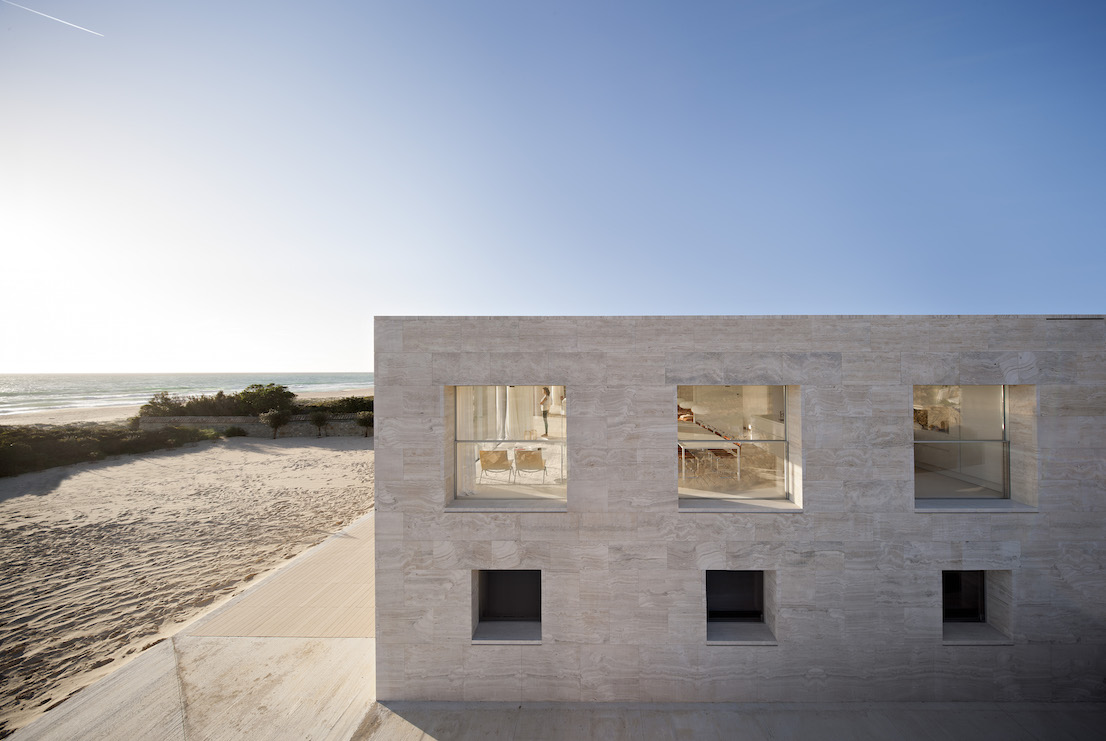 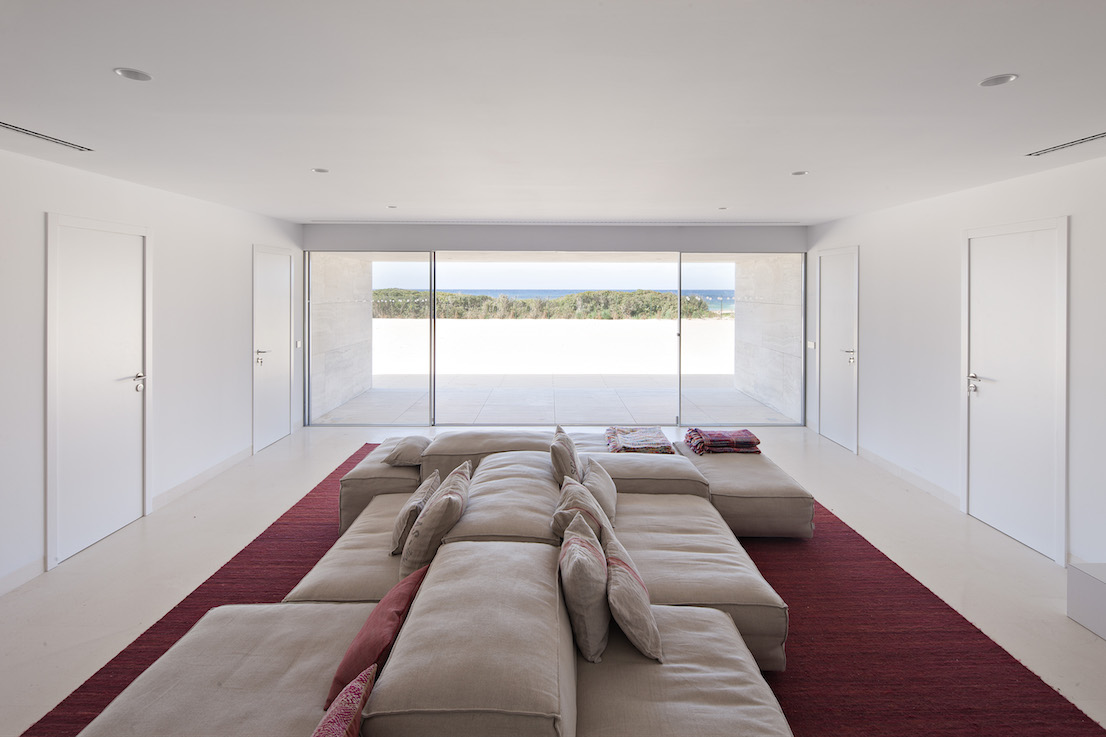 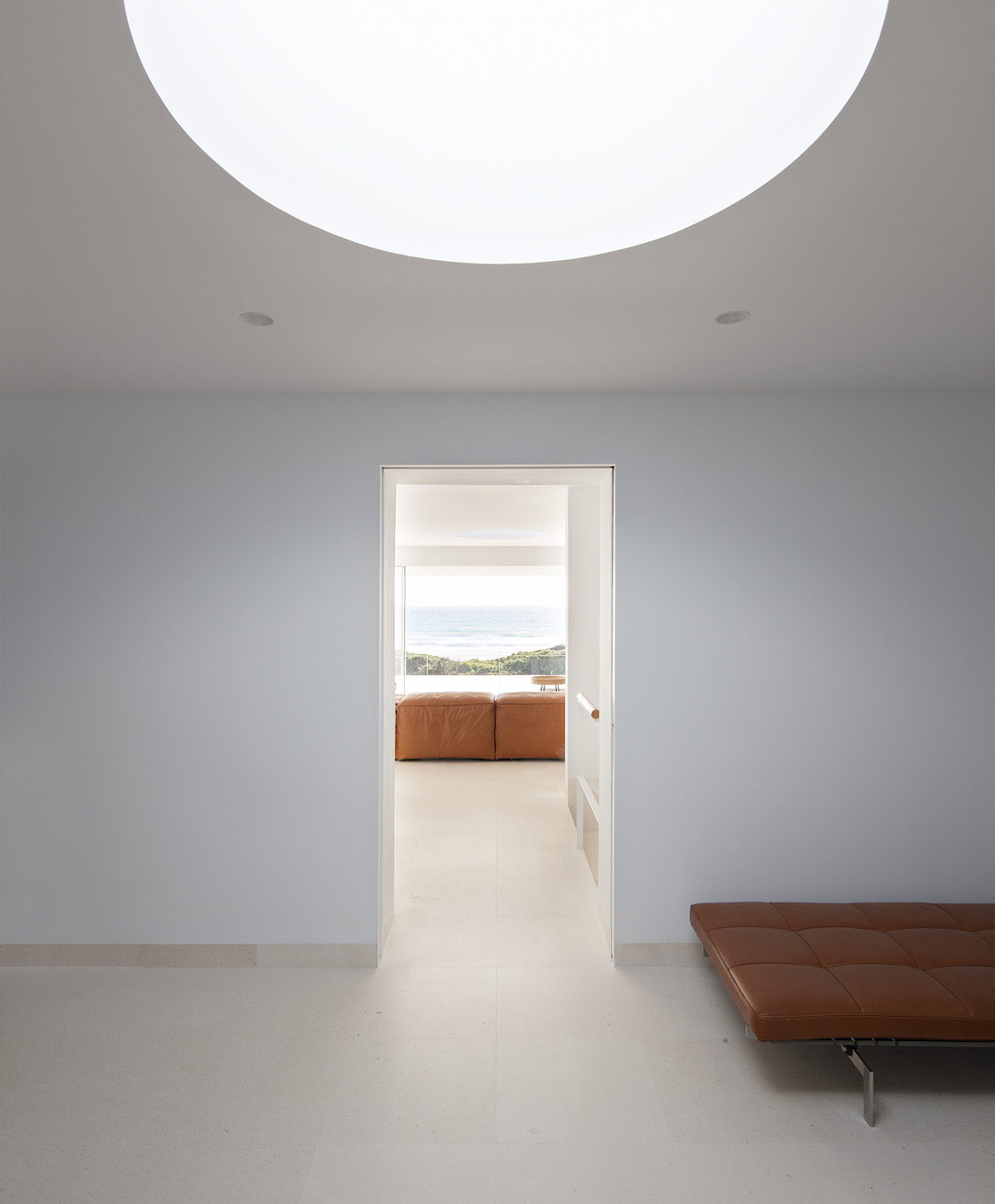 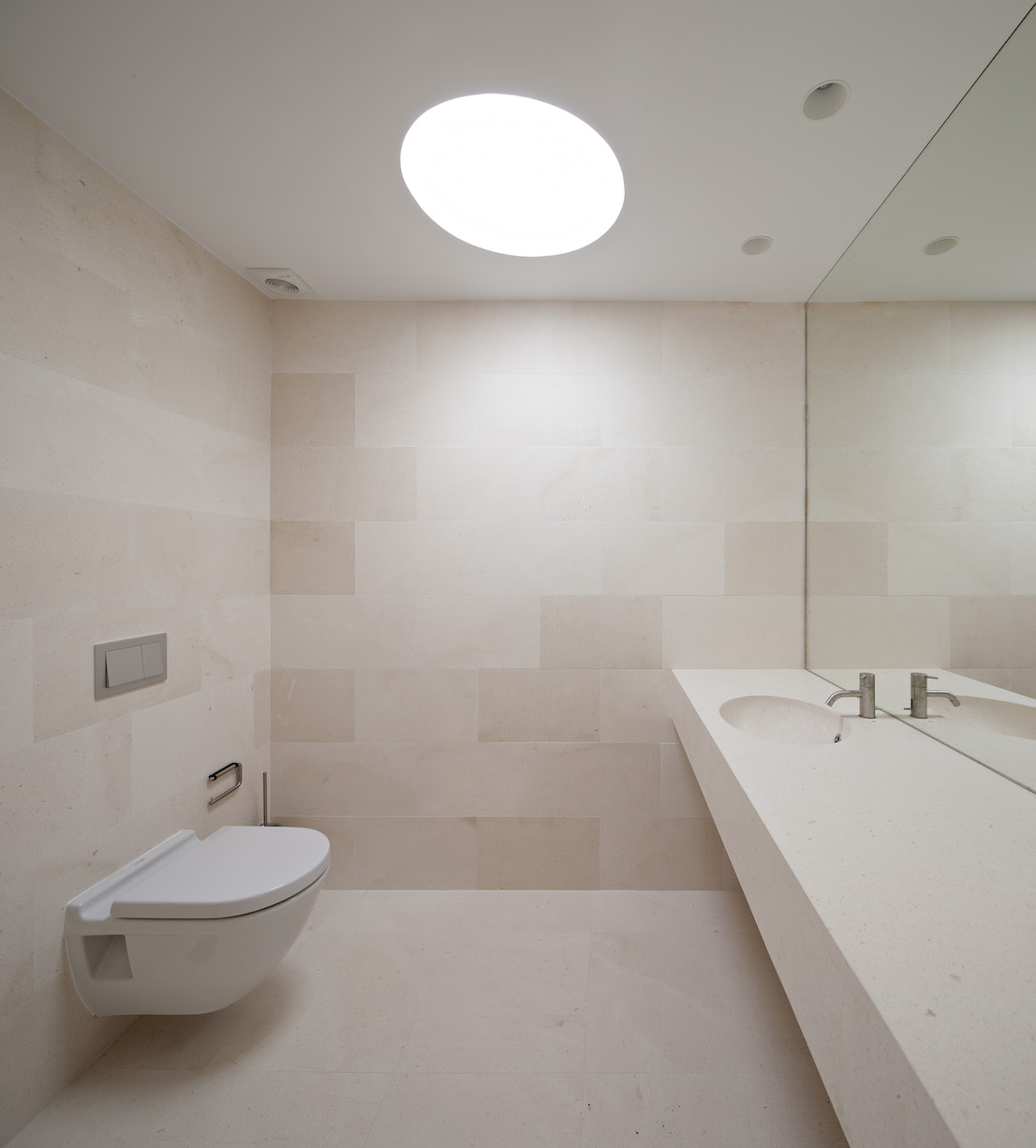 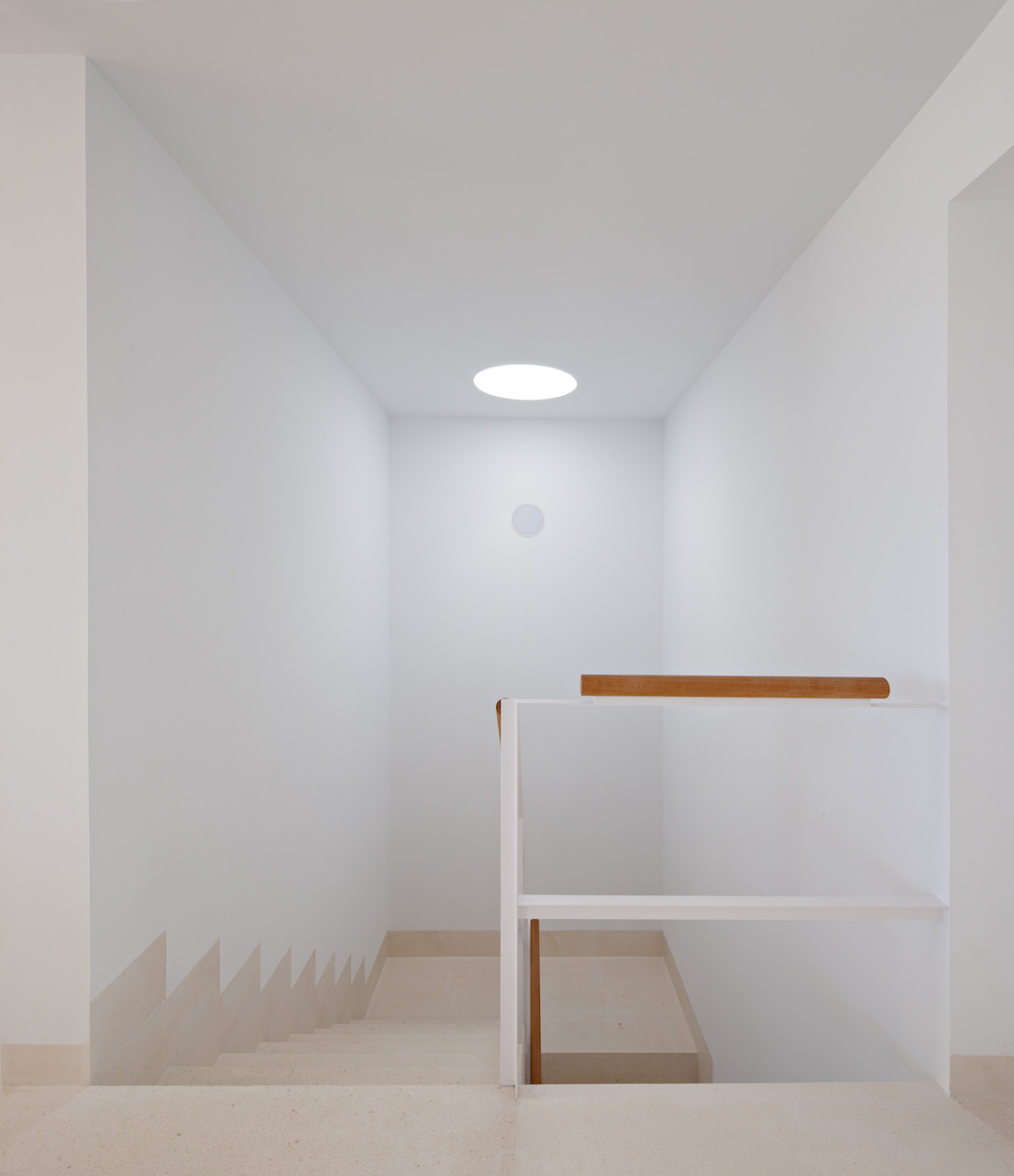 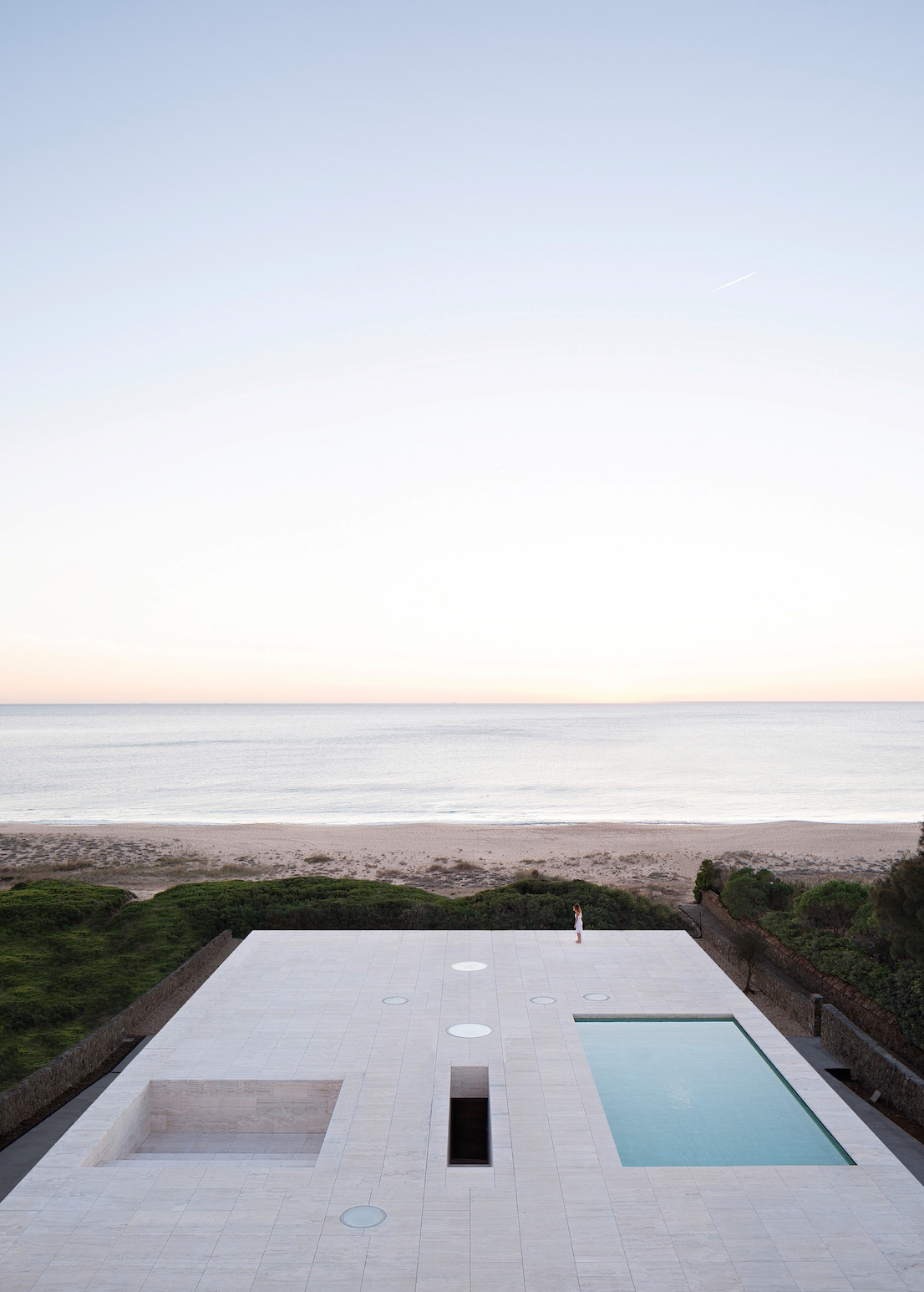