In what way can a collaboration between architects and designers, scientists and experts in 3D printing, combined with an eccentric riot of magnets, umbrellas and innovative materials, enter into symbiosis with fashion? An answer can be found in the creations of the Dutch fashion designer Iris van Herpen, born in 1984. Determined from her debut to explore alternative approaches to those of the fashion system, she has now earned herself a solo exhibition at the High Museum of Art in Atlanta, conceived in partnership with the Groninger Museum. Iris van Herpen: Transforming Fashion puts her clothes with their futuristic look on show as if they were genuine sculptures. It is no accident that they have caught the attention of stars like Lady Gaga and Björk, who have worn some of the 45 creations presented here during their concerts. It only takes a glance to see, in her robot-like and innovative aesthetics, the influence of Alexander McQueen, who would have certainly appreciated garments like Crystallization (2010), the first dress in the history of fashion to use the technology of 3D printing to evoke limestone deposits and the states of water in all its forms. That such eccentricity is part of her genetic makeup is confirmed by Chemical Crows (2008), made out of umbrella trines and dedicated to the tradition of the alchemists (skilled, like her, in transforming the state of things), whose shapes are reminiscent of the flight of the birds that, the designer explains, have always thronged the neighborhood of Amsterdam where her studio is located. Along the route through the exhibition are set showcases in which visitors can observe and touch the patented textures of her fabrics, to better understand the unique qualities of each item of clothing, transformed into a work of art: garments that in 2011 won the then twenty-seven-year-old Iris the distinction of being the youngest person to be given a highly coveted place on the Haute Couture calendar in Paris. 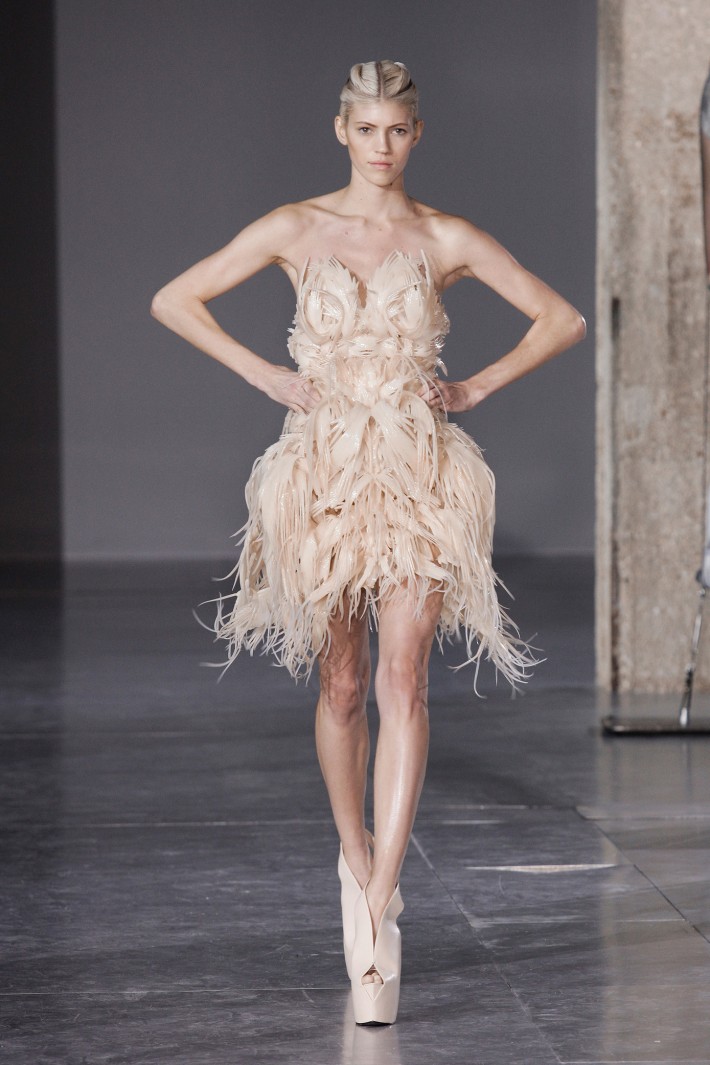