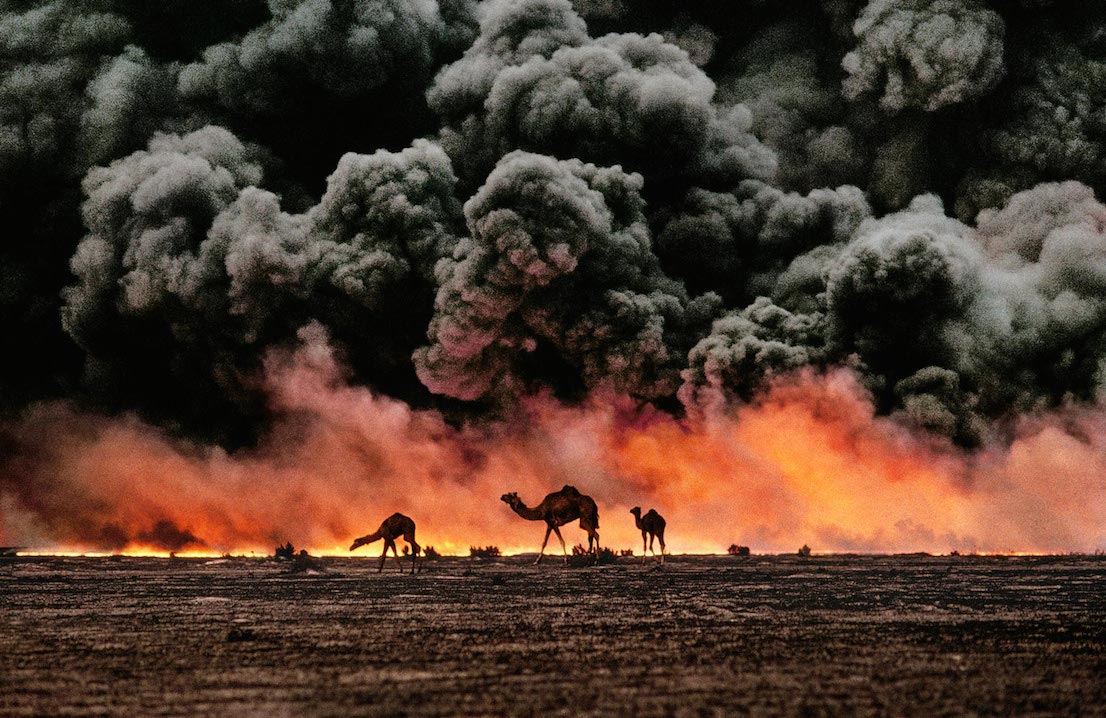 Sandwiched between blackened sand and sky, camels search for untainted shrubs and water in the burning oil fields of southern Kuwait. Their desperate foraging reflects the environmental plight of a region ravaged by the gulf war. Canby, Thomas Y. (August 1991)

“The first Gulf War taught us a new lesson in unconventional conflict. Saddam Hussain’s army filled the skies of southern Kuwait with black poignant smoke from the burning oil lines. It was a powerful, debilitating symbol. And there was another. McCurry, who was covering the war, saw camels running in terror from the fires. Both images -whether of the fires or of the animals- were powerful representations of the chaos of that time. Central to McCurry’s reputation as a journalist is his discipline to wait, and to search, and then to recognize the most telling image. The juxtaposition of the fire and smoke and camels running amok creates an icon of that war.” – Phaidon 55

As his army retreated from Kuwait, Saddam Hussein ordered the ignition of the oil fields that scatter the country. The effect was an ecological disaster of unimaginable scale. These camels are running from the fires. It is a futile effort: soon they will covered in oil that rains down from the sky.