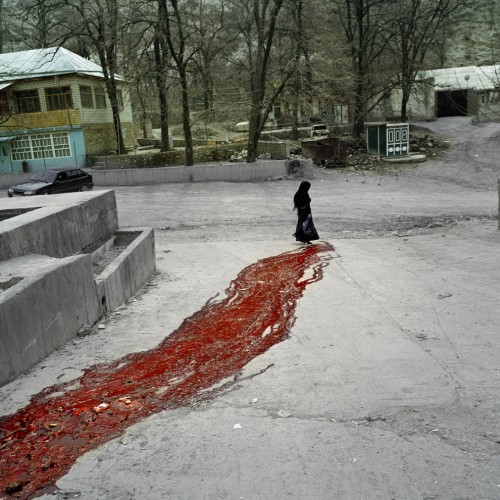 Republic of Dagestan, Russia 2009. In the village of Gimri during the sacrifice of a bull. Between 2nd and 5th of January 2006 in the village which was also the native village of “Imam Shamil”, was put into a ferocious offensive of 3000 the Russian government forces against a group of 30 armed rebels, following the attempted murder of Assistant Commissioner of Ministry of Interior. The village has been blocked by federal forces until the end of 2008 and have been numerous cases of abuse, torture and violation of human rights in the village.