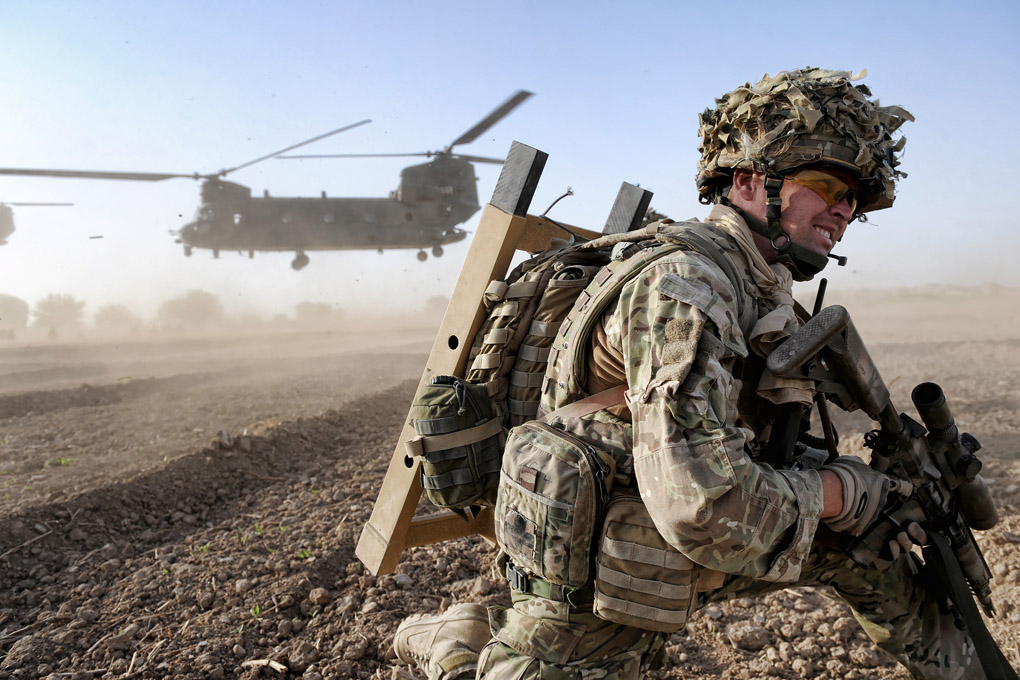 A soldier keeps his eye on his arcs while the CH-47 Chinook helicopter departs the drop off point.

The Household Cavalry Regiment, normally based in Windsor make up the BRF in Camp Bastion.