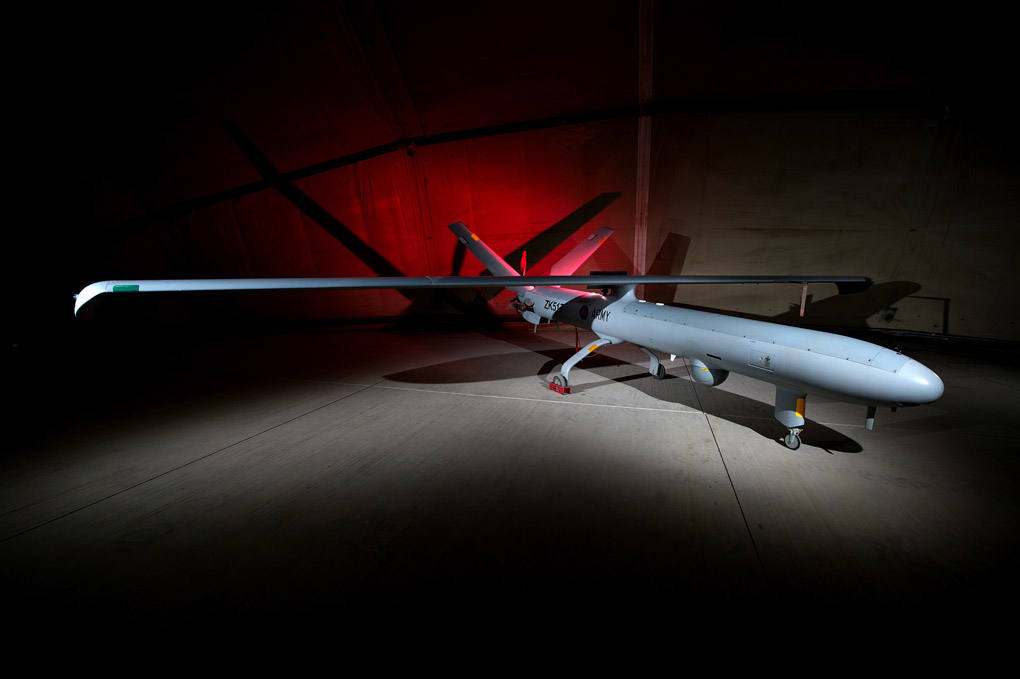 Operated by the Theatre Integrated Unmanned Air Systems Battery (ThIUAS Bty) at Camp Bastion, UK forces have clocked up more flying hours than any other nation with H450 in Afghanistan.

H450 provides a cutting edge surveillance capability which can be used for a wide range of tasks such as reconnaissance of an area prior to operations, and maintaining watch over troops on the ground.

The system provides headquarters staff with persistent intelligence, surveillance, target acquisition and reconnaissance (ISTAR) via electro-optical and infrared sensors out to a range of 150km.

“It is a great achievement to have reached over 70,000 hours of flying with Hermes 450 which shows not only the importance of the benefits it provides but also the dedication of all those involved in operating them out here in difficult conditions.

“H450 has been a vital tool for operations in Helmand over the years and continues to provide persistent surveillance protecting UK and Afghan troops today.”

The ThIUAS Bty operates five task lines of H450 in support of UK and Afghan troops in Helmand Province – an increase from two when H450 was introduced in 2007. Over that time, integration with ground forces has been developed significantly as has the training for H450 operators.

“The RPAS trade offers something different for the more technically minded recruits joining the Army today.

“The H450 operators’ course is extremely challenging with junior soldiers taking on a lot of responsibility at an early stage, especially when looking after the equipment and being responsible for captaincy of the aircraft.”

• The ThIUAS Bty conducts around 1460 flights from Camp Bastion each year.

• H450 is supplied by Thales UK under an Urgent Operational Requirement contract.