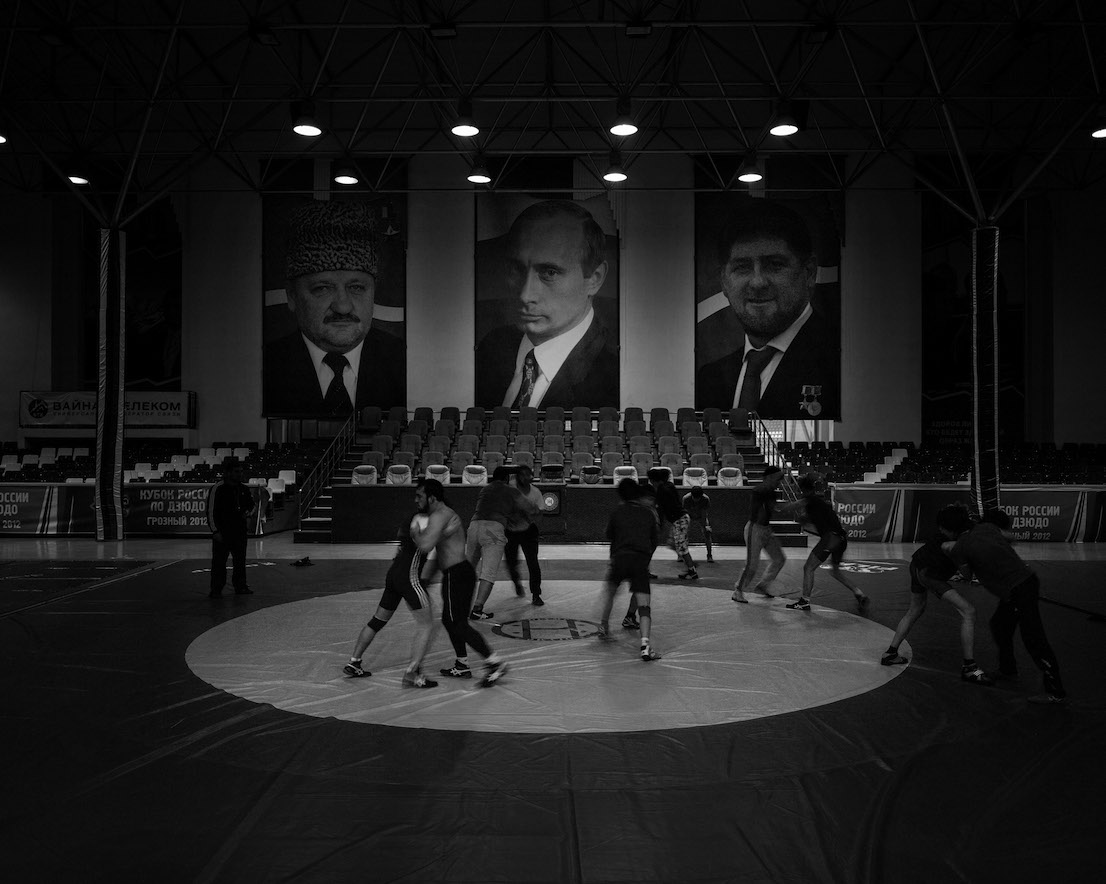 Republic of Chechnya, Russia, 03/2013. Wrestling training in the central gym. The portraits in the background from left to right, represent: Akhmad Kadyrov, Vladimir Putin, Ramzan Kadyrov. Akhmad Kadyrov was the Chief Mufti of the Chechen Republic of Ichkeria in the 1990s during and after the First Chechen Campaign. At the outbreak of the Second Chechen Campaign he switched sides, offering his service to the Russian government, and was appointed President of the Chechen Republic from October 5th 2003, by President of the Russian Federation, Vladimir Putin. On May 9th 2004, an explosion ripped through the VIP section at the Dinamo football stadium, during a mid-morning Soviet Victory Day parade in the capital, Grozny, killing Akhmad Kadyrov. His son Ramzan, who led his militia, was later appointed Prime Minister of Chechnya and President of Chechnya in March 2007. Grozny.