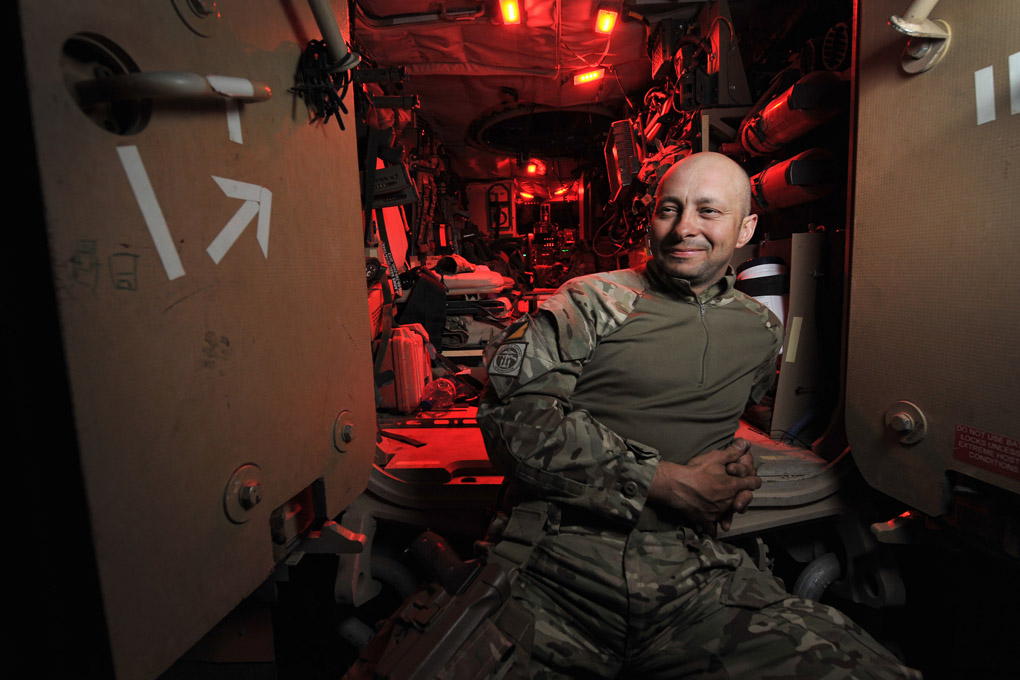 WO2 Grant Turley (41), Squadron Sergeant Major of 32 Squadron, Combat Logistic Support Regiment relaxes on the steps of his Mastiff vehicle during a break in the Combat Logistic Patrol.

3 Combat Logistic Support Regiment, normally based in Abingdon, Oxfordshire complete a number of Combat Logistic Patrols per week to deliver essential supplies to Task Force Helmand units across the province.

The Operational Effectiveness of Task Force Helmand units is assured through swift resupply to all major and outlying locations. This resupply is conducted through Combat Logistics Patrols of varying size and orientation, with support from air and aviation assets, Royal Engineer call signs and Military Working Dogs.

Combat Logistic Patrols demand a lot from their troops and their vehicles. Between patrols the troops conduct equipment husbandry and physical training to ensure they are ready for operations at short notice. In addition, the regiment is constantly training and improving on best practices.