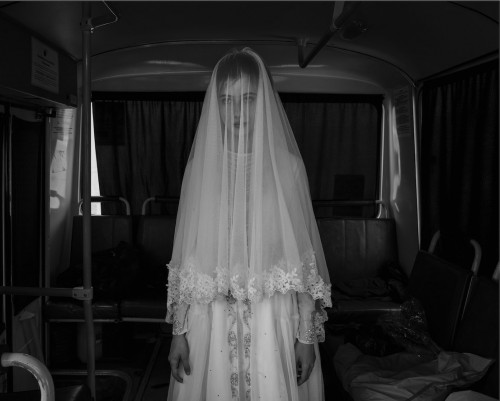 Republic of Chechnya, Russia, 03/2013. Rada, 14 years old is trying a wedding dress designed by her sister, inside a bus during the rehearsal for the shooting of a movie on Chechen deportation. Child brides were very common in the Chechen tradition as in many other Muslim countries. Despite President Kadyrov is strongly promoting a revival of Chechen tradition and Islamic law, he was recently forced by central authority of the Russian Federation to publicly condemn the practice of child marriage, illegal in the entire Russian Federation. Shatoy.