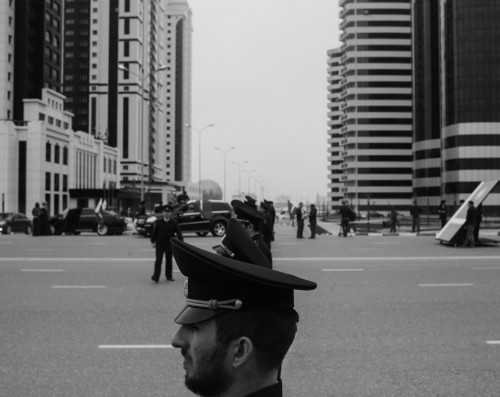 Republic of Chechnya, Russia, 03/2013. Security forces attending the celebration for the 10th anniversary of the Constitution Day. In the background Grozny City, five gleaming towers, the heart of the reconstruction of Grozny and a symbol of the city’s recovery following the destruction wrought at the beginning of the millennium. Grozny, March 23rd 2013.