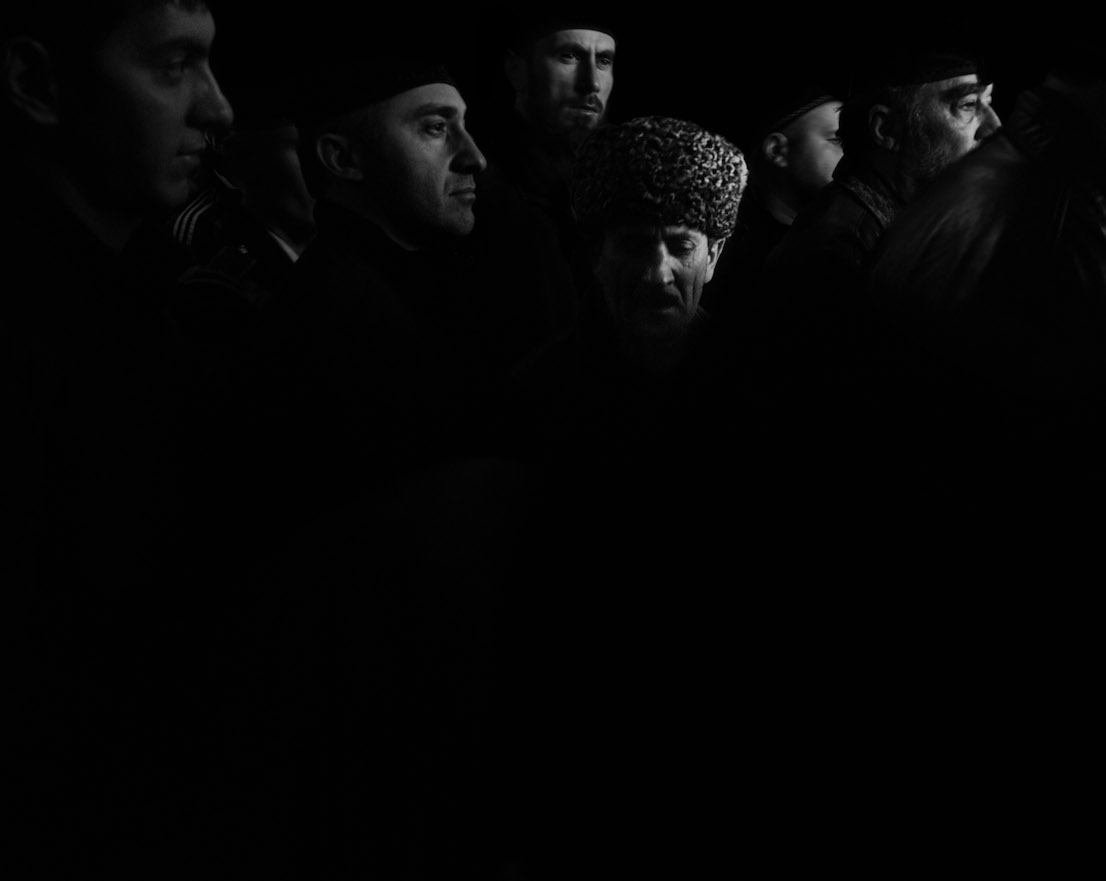 Republic of Chechnya, Russia, 03/2013. A group of men are leaving the Akhmad Kadyrov Mosque officially known as The Heart of Chechnya, after the Friday prayer. Islam, so long suppressed here, is now heavily promoted. Not only was the Akhmad Kadyrov Mosque commissioned, but Ramzan Kadyrov declared that under his rule, Chechnya would be “more Islamic than the Islamists.” Grozny.