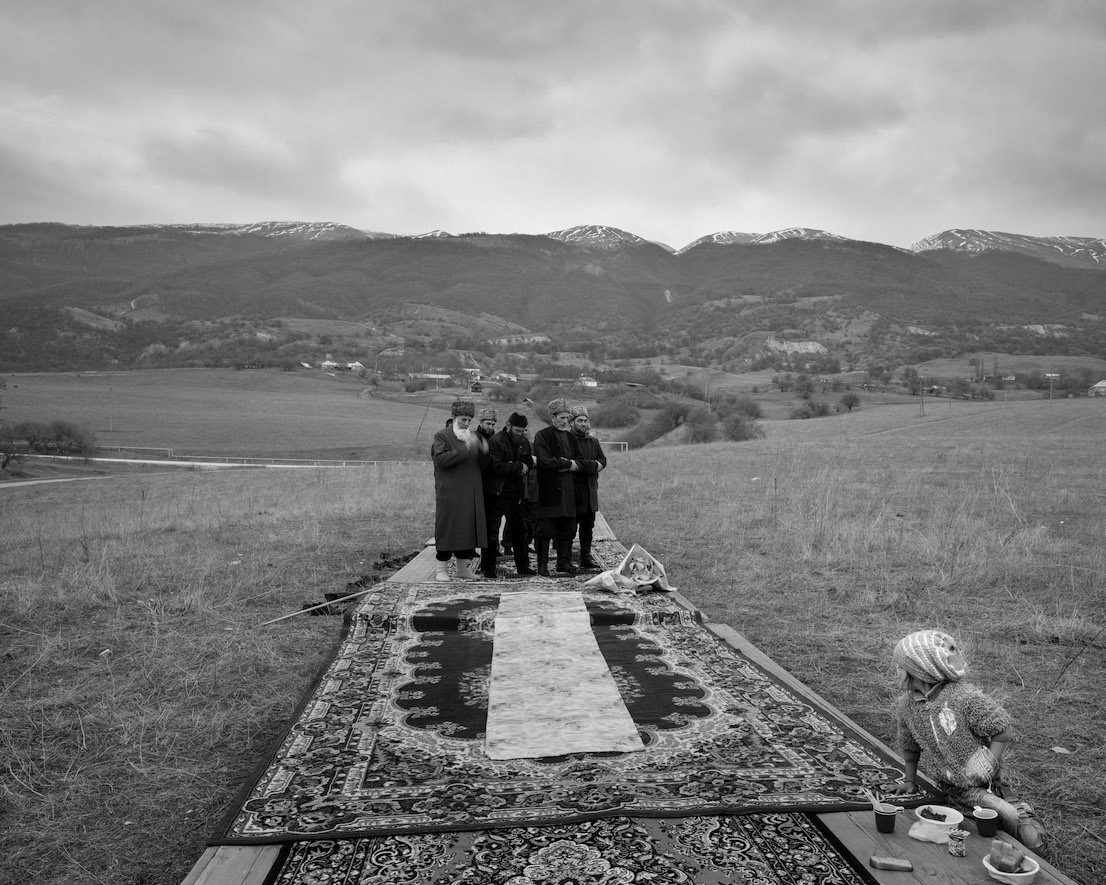 Republic of Chechnya, Russia, 03/2013. A group of elderly praying in the mountains. Most Chechens belong to Sunni Islam. And the majority of them to the mystical Sufi tradition. In the late 2000s, two new trends have emerged in Chechnya. A radicalized remnant of the armed Chechen separatist movement has become dominated by Salafis, mostly abandoning nationalism in favor of pan-Islamism and merging with several other regional Islamic insurgencies to form the Caucasus Emirate. At the same time, the Moscow-backed Chechnya ruled by authoritarian Ramzan Kadyrov, has undergone its own controversial counter-campaign of islamization of the Republic. The local governments have been actively promoting and enforcing their own version of a so-called “traditional Islam”, including the introduction of elements of the Sharia that somehow have replaced Russian official laws. Shatoy.