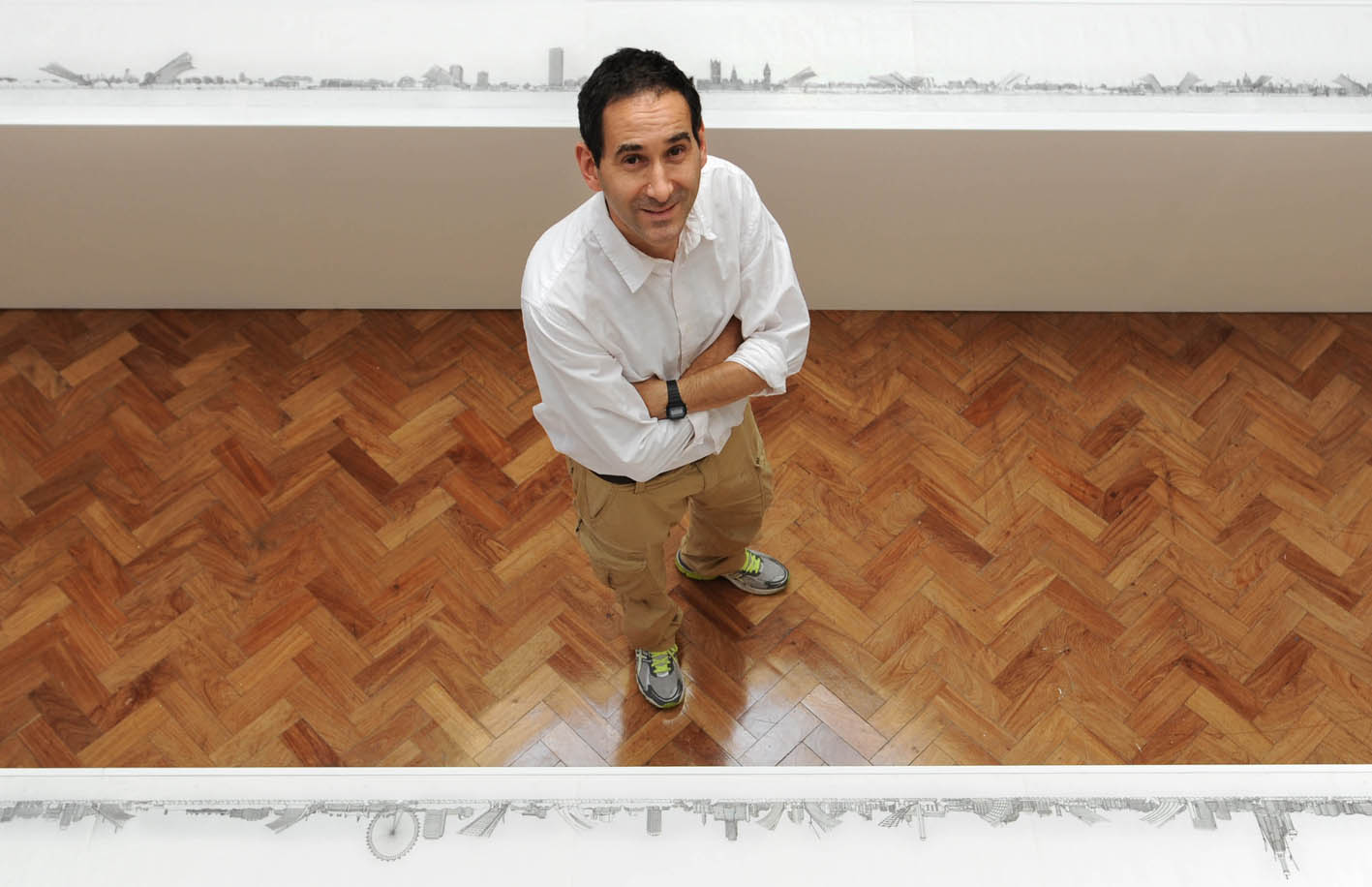 From 11 July, PM Gallery & House will present a richly detailed exploration of the riverside architecture of London. London Unfurled is the result of a walk alongside the Thames by Italian illustrator and architect Matteo Pericoli.

London Unfurled runs from 11 July to 2 September at PM Gallery, in Ealing, west London, the extension to Sir John Soaneâs Pitzhanger Manor. Admission is free. This is the first time that Matteo Pericoliâs original London Unfurled drawings have been shown anywhere in the UK.

Over two weeks in September 2009, Matteo Pericoli walked from Hammersmith Bridge to the O2 Arena and back again, examining the scene beside the Thames, taking 6,100 photographs and seeing off a pair of shoes in the process. The two resulting 11.5 metre drawings, showing the city as it is seen from the north and south banks, will each be unfurled around PM Gallery.

Matteo Pericoliâs drawings are packed with familiar buildings, including St Paulâs Cathedral, the Houses of Parliament, Battersea Power Station and the Shard, but include details that people may never previously have noticed. The pen-and-ink drawings feature 41 bridges, 58 cranes, 1,343 individual buildings, over 27,000 window panes and 3,000 waves on the river.