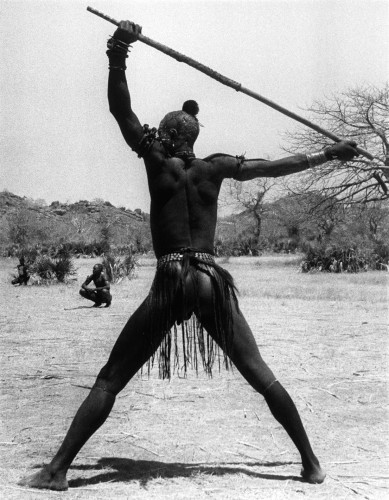 SUDAN. Kordofan. The lethal bracelets are used by the men of Kao to fight. They weigh two kilos and have two inch double flanges. The object of the bracelet seems to be to crack open the skull of their opponent. A bracelet fighter of Kao-Nyaro tribe challenges a fellow tribesman to come and fight. The Nuba tribe from the Korong Jebels (hills) in the Kordofan area of Southern Sudan are herdsmen with cattle that graze in the lower valleys. In 1949, Sudan was ruled by a Condominium government of British and Egyptians. Though the Nuba follow their own culture and rituals, the region is ruled primarily by nomadic Arabs. 1949.