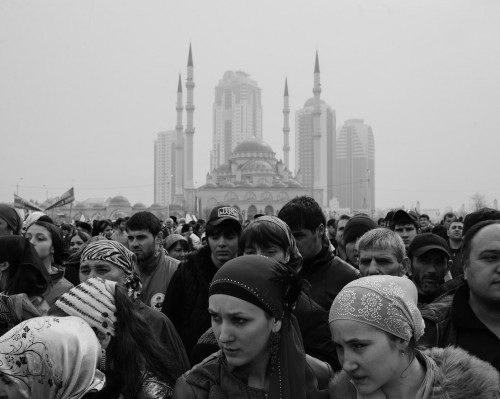 Republic of Chechnya, Russia, 03/2013. A group of pro-Kadyrov activists in the main square of the city to celebrate the 10th anniversary of the Constitution Day. In the background the Central Mosque and the Grozny City skyscrapers, the main symbol of the reconstruction of Grozny and Chechnya thanks to the effort of President Kadyrov, and the money from Moscow. Grozny, March 23rd 2013.