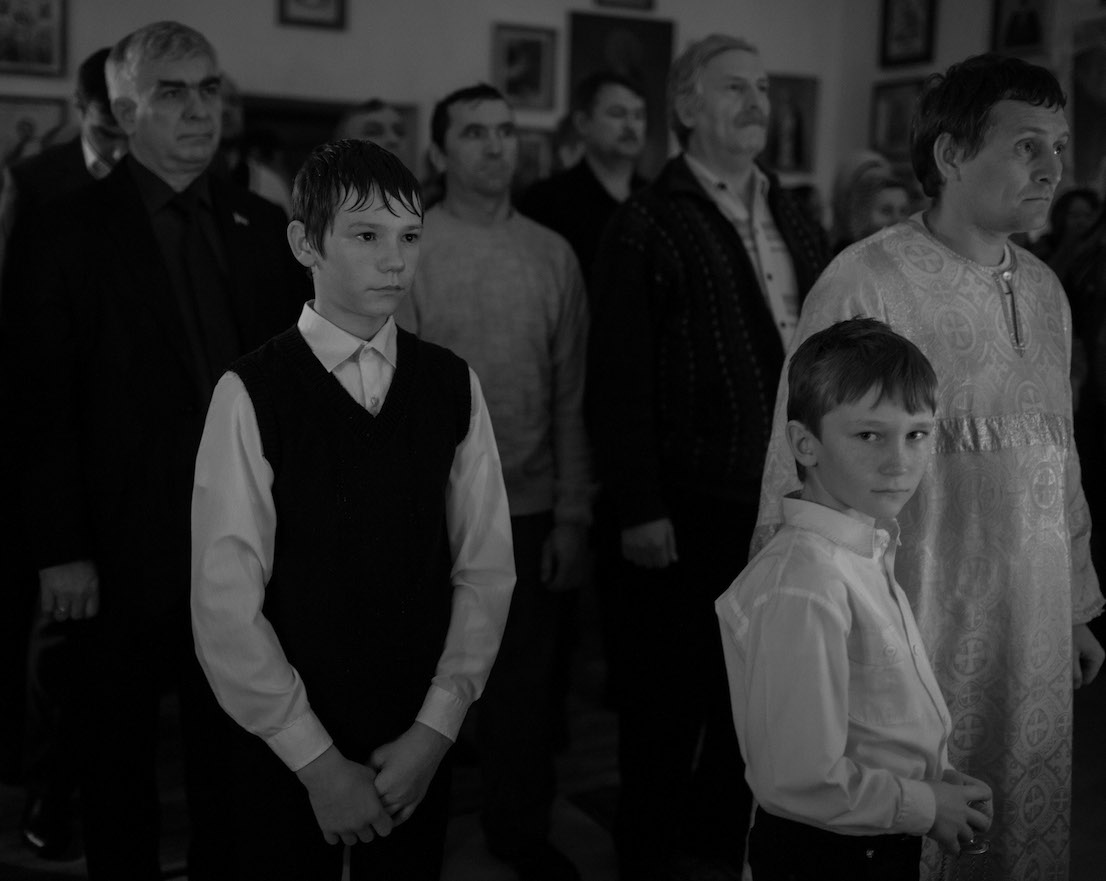 Republic of Chechnya, Russia, 03/2013. Christian Orthodox celebration of kupanie v prorubi (bathing in a hole in the ice) during the Epiphany. There is little left of the Orthodox religion in Chechnya. Most of its Russian Christian minority fled in the early 1990s during the creation of Dzhokar Dudaev’s independent Chechen state. The majority of the Orthodox community lives in Naur district and is of Cossack ethnicity. With the gradual “normalization” of Chechnya, the Russians have left the Republic. The Chechen language, once prohibited, is now spoken regularly. The Chechenisation conducted by Kadyrov has prompted the Orthodox community to move to the neighboring republics and the small community is now mainly employed as police or army. Recently Kadyrov is trying to integrate young Russian in the youth programs: he pays them money if they learn Chechen language or convert to Islam and sends them in Turkey for their holidays in the club named after his father, Club Kadyrov. Naur.